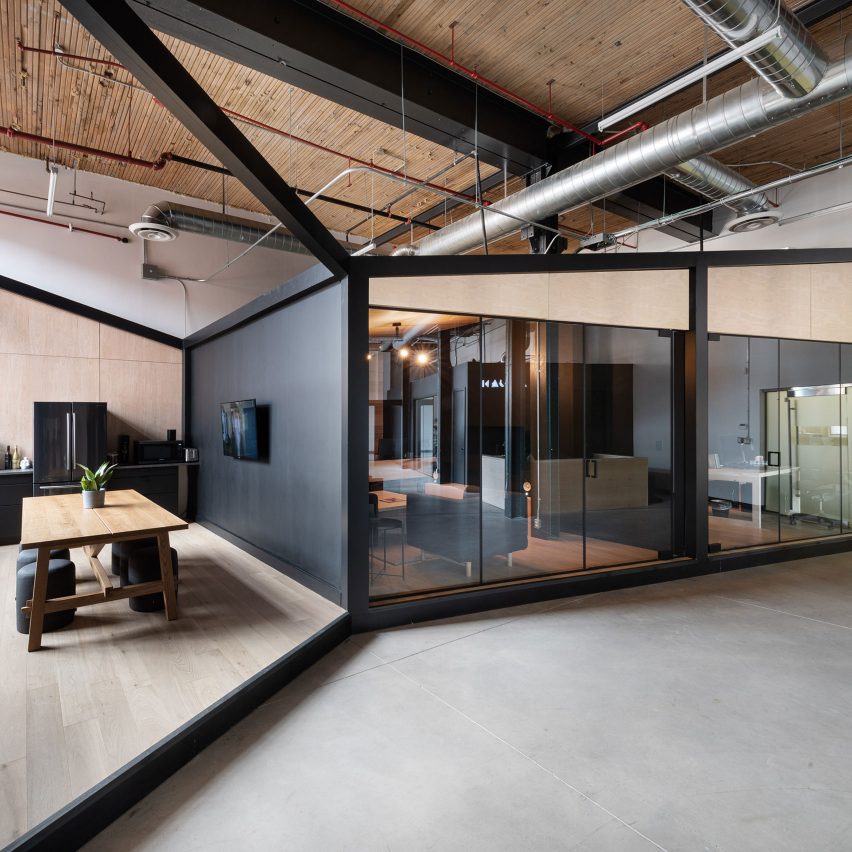 A black-painted wood structure separates spaces inside an old industrial building in Toronto that local firm StudioAC designed as office space for a visual effects company. 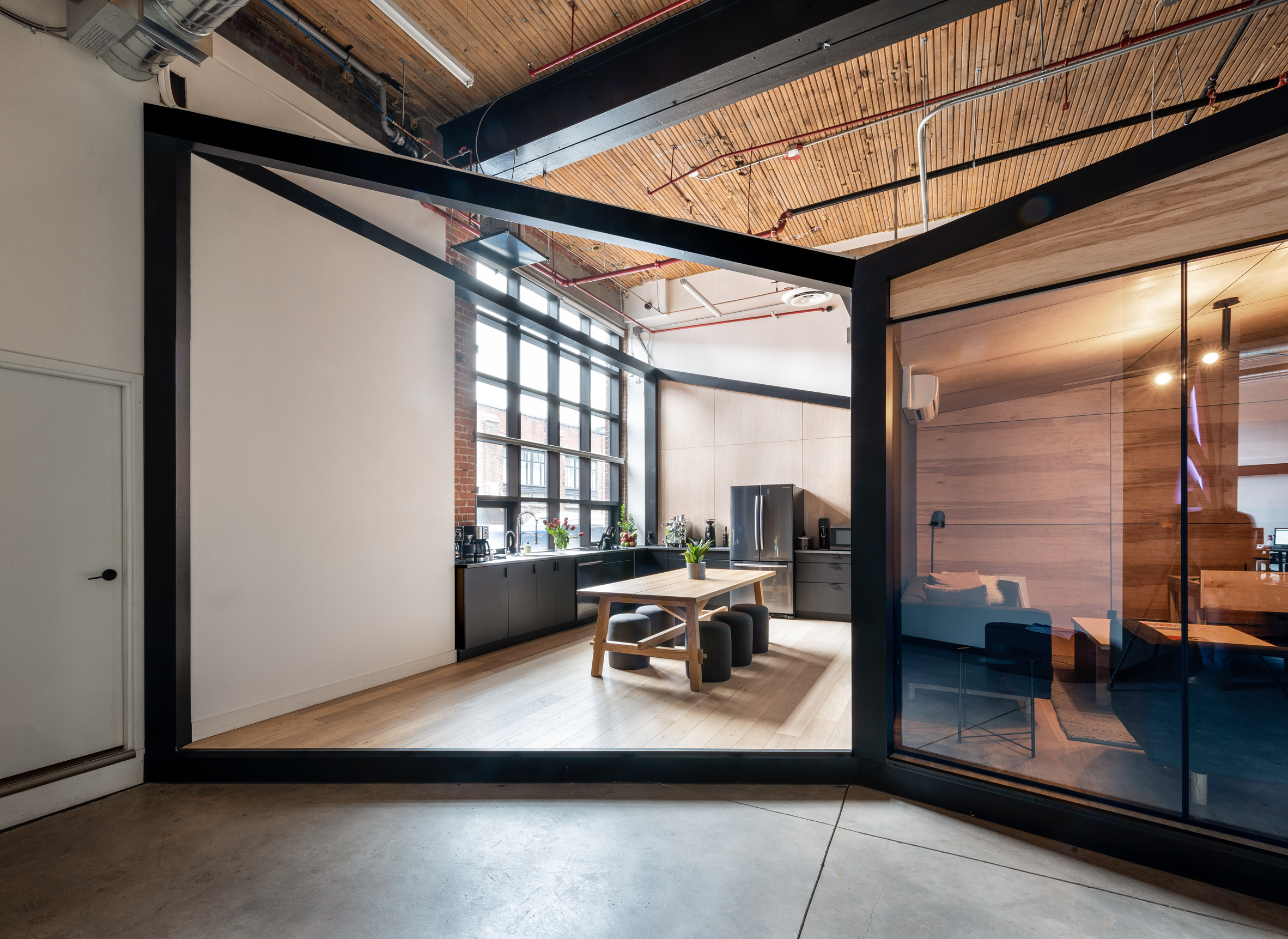 Located inside a former factory, Artjail is an open-plan office for a high-end VFX company that required ample space for its screening and computer equipment.

Studio AC redesigned the space with the aim to create work areas that eliminate acoustic interference and allowed lighting control – both necessary because of the client’s colour correction work. 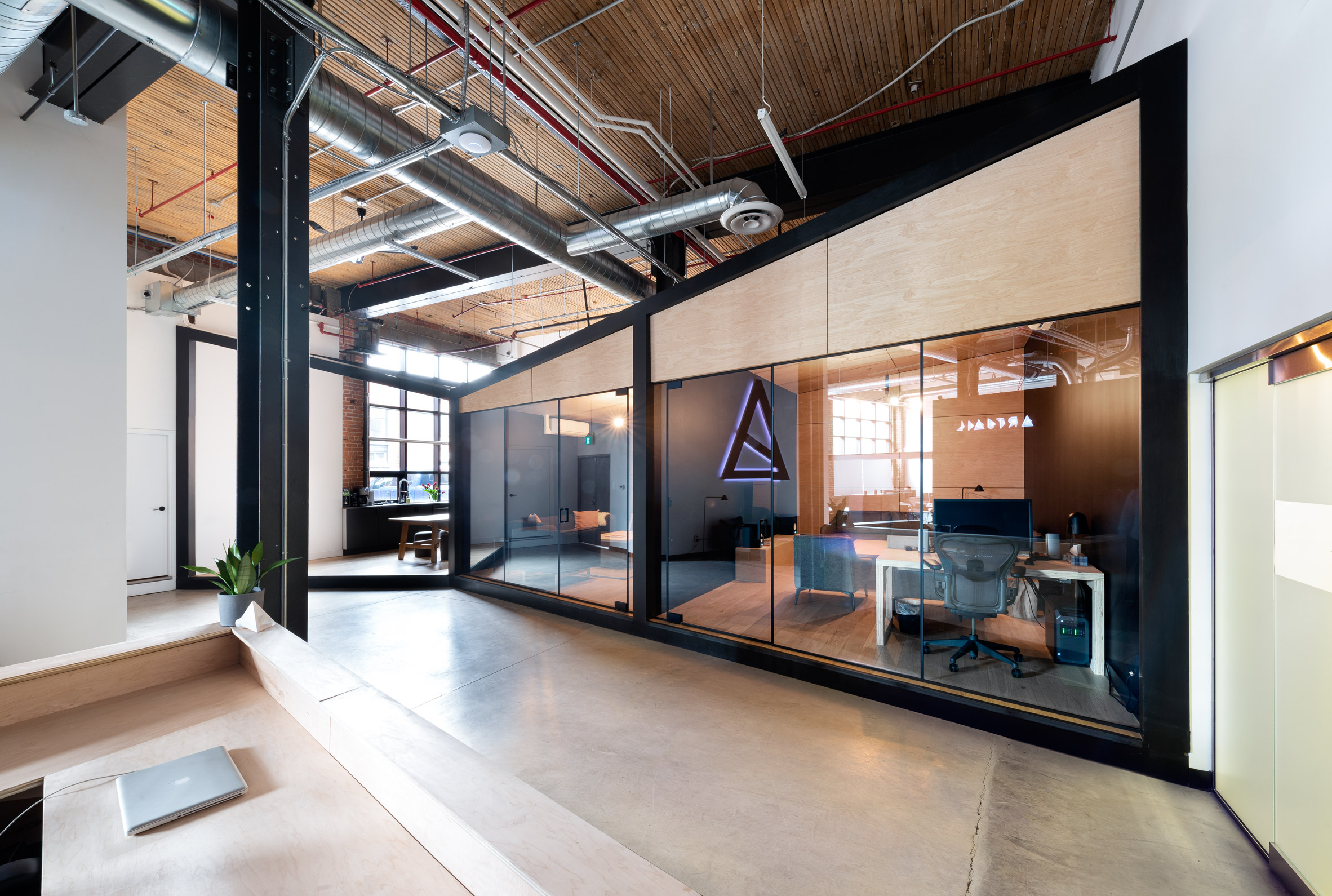 “As these spaces had the most intense requirements technically the design response proposed to elevate these as interior architectural elements.” 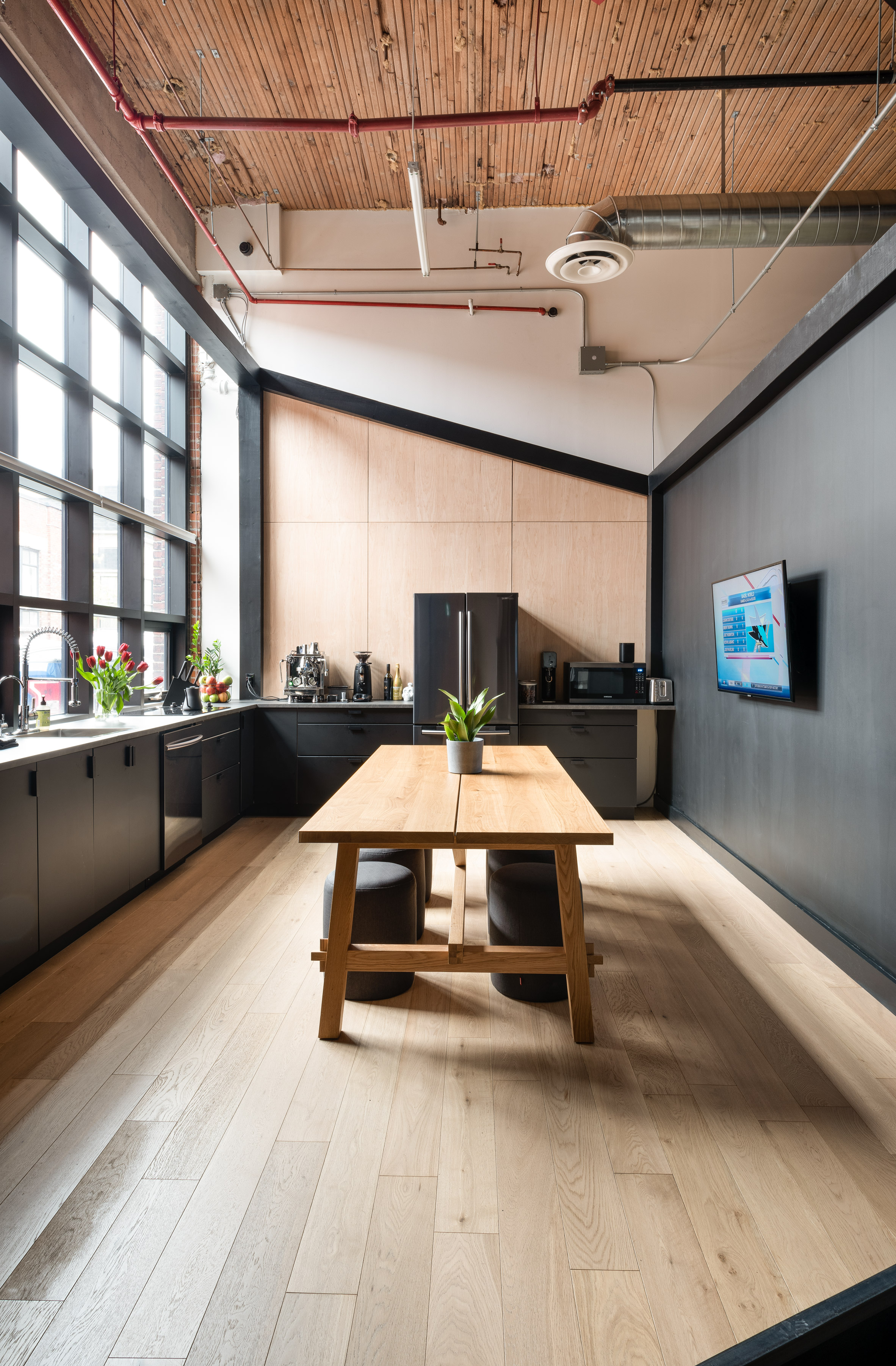 The black-painted wooden frames are used to outline two volumes: one is closed to house a pair of VFX suites and the other is an open communal kitchen. The third VFX suite is located in the open-plan area outside of the box.

“Through a rigorous study of plan, function and form a concept that housed two of the VFX suites and a kitchen/meeting space into one architectural gesture was chosen,” the studio added. “This element presents itself immediately when guests and staff enter the space acting as the functional and visual identity of the space.”

The studios are fronted with glazed doors, while the kitchen is left open to the rest of the interior.

Simple materials are used throughout to complement the existing features in the factory such as exposed concrete floor, and a steel and wood structure. 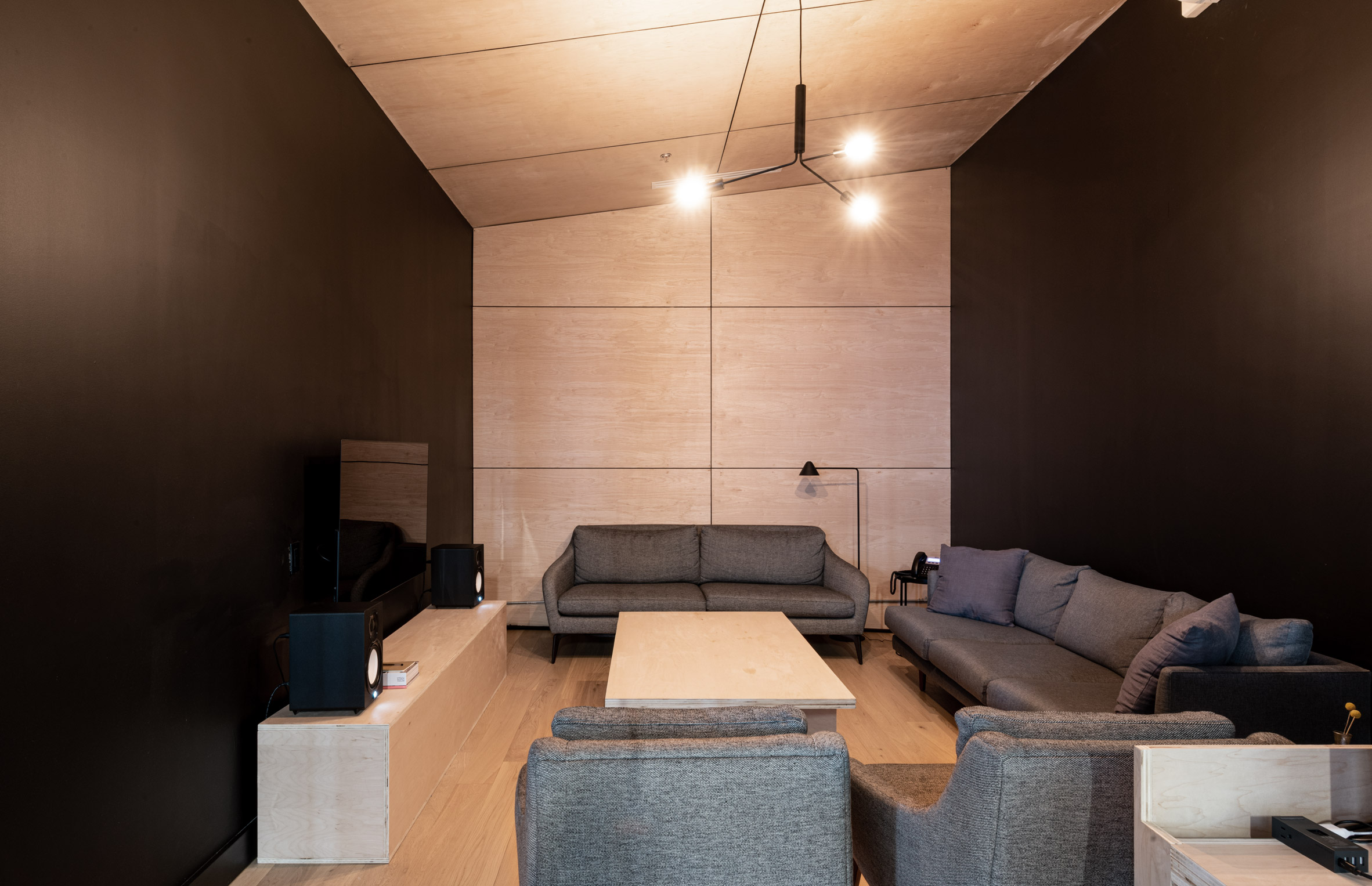 Black panels run on the wall that divides the two volumes. Inside, the shorter walls are covered with plywood panels that are similar the hues of the wooden flooring.

“The black elements are then infilled with plywood panels to warm up the interiors and express the difference between ‘frame’ and ‘wall’,” lead architect Andrew Hill told Dezeen. 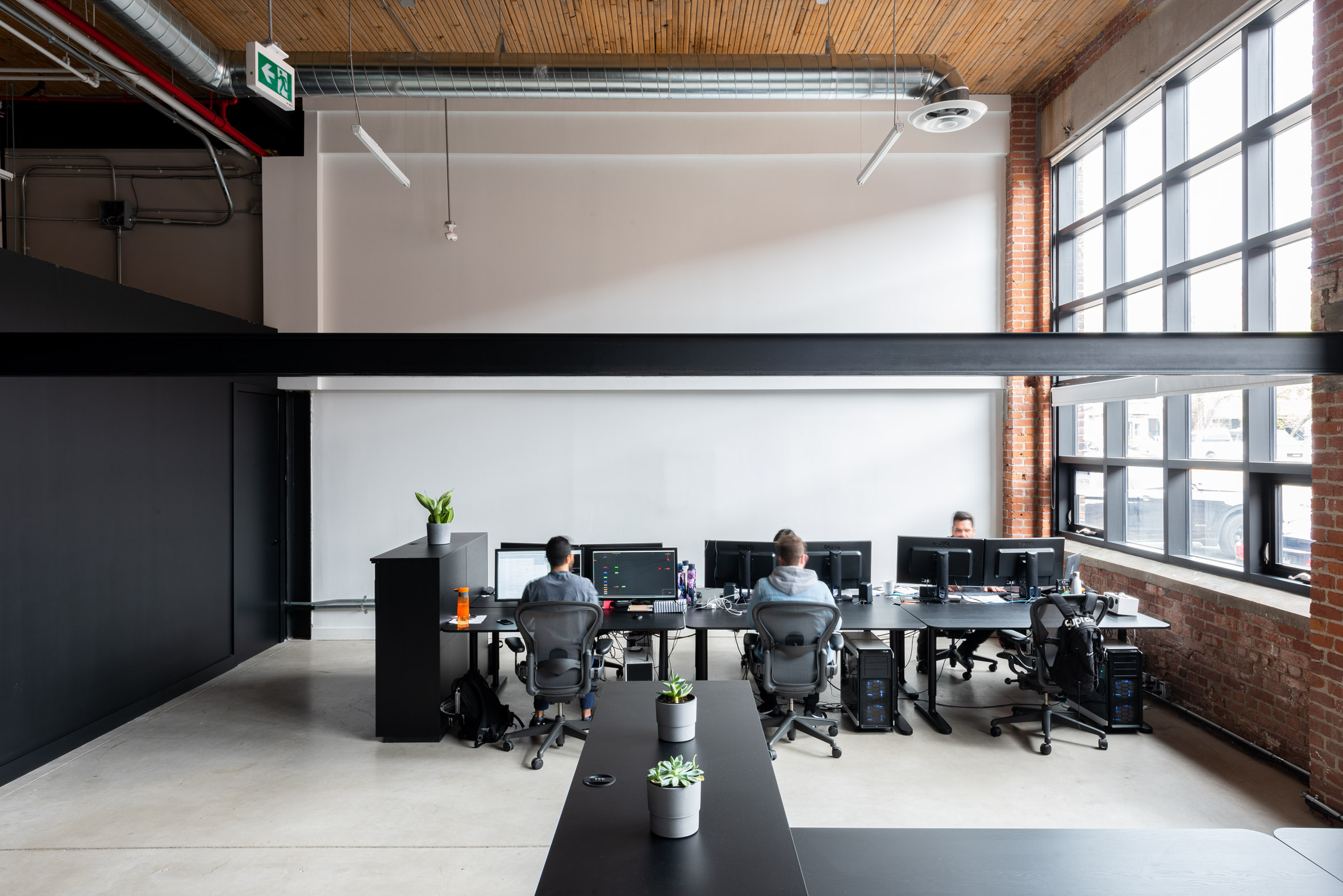 Grey sofas and chairs were paired with plywood tables and television stands inside the VFX suites. The kitchen is completed with sleek, black cabinetry and appliances.

Private and open offices and a phone booth also occupy the interior outside of the black frame. At the office’s entrance, plywood was used to construct a rectangular reception desk. 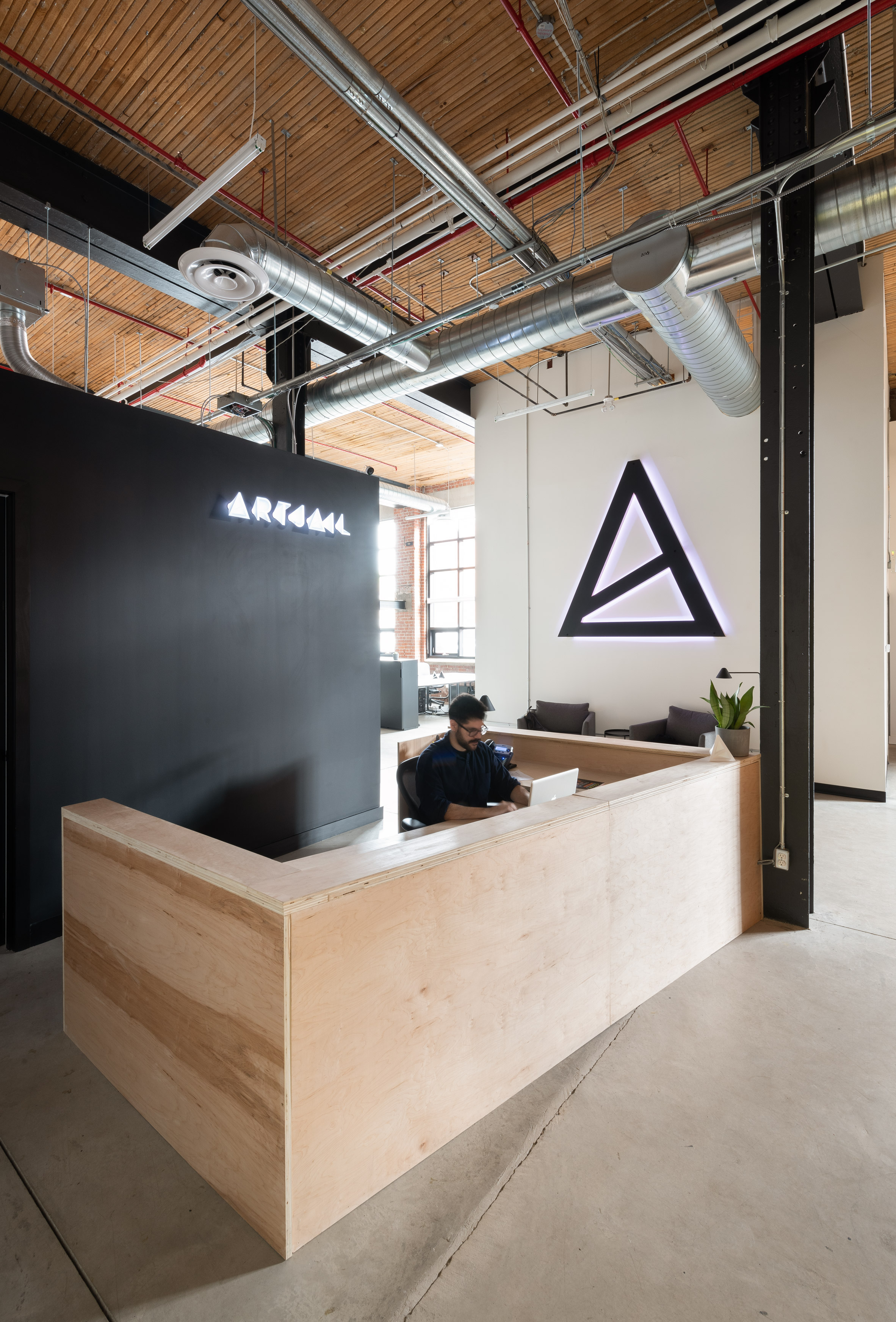 StudioAC was founded in Toronto in 2015 and is led by Andrew Hill and Jennifer Kudlats. It recently completed the renovation of a Toronto residence that features “floating” timber-clad bedrooms and a wooden staircase and also remodelled an apartment inside an old candy factory to include custom arched volumes.