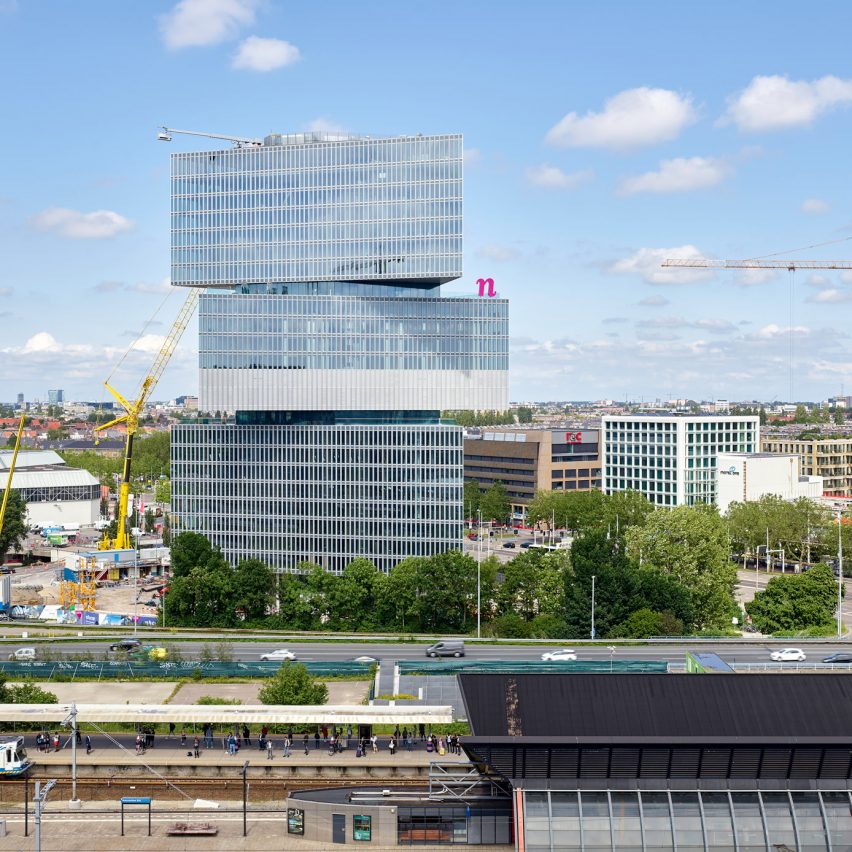 Dutch architect OMA has built the 24-storey Nhow Amsterdam RAI Hotel in Amsterdam, which is made from three triangular volumes stacked on top of each other.

OMA has completed the tower, which is now being fitted out as a hotel for the NH Hotel Group, which owns the Nhow brand. When it opens it will have 650 rooms and be the largest hotel in Benelux – the grouping of Belgium, the Netherlands, and Luxembourg. 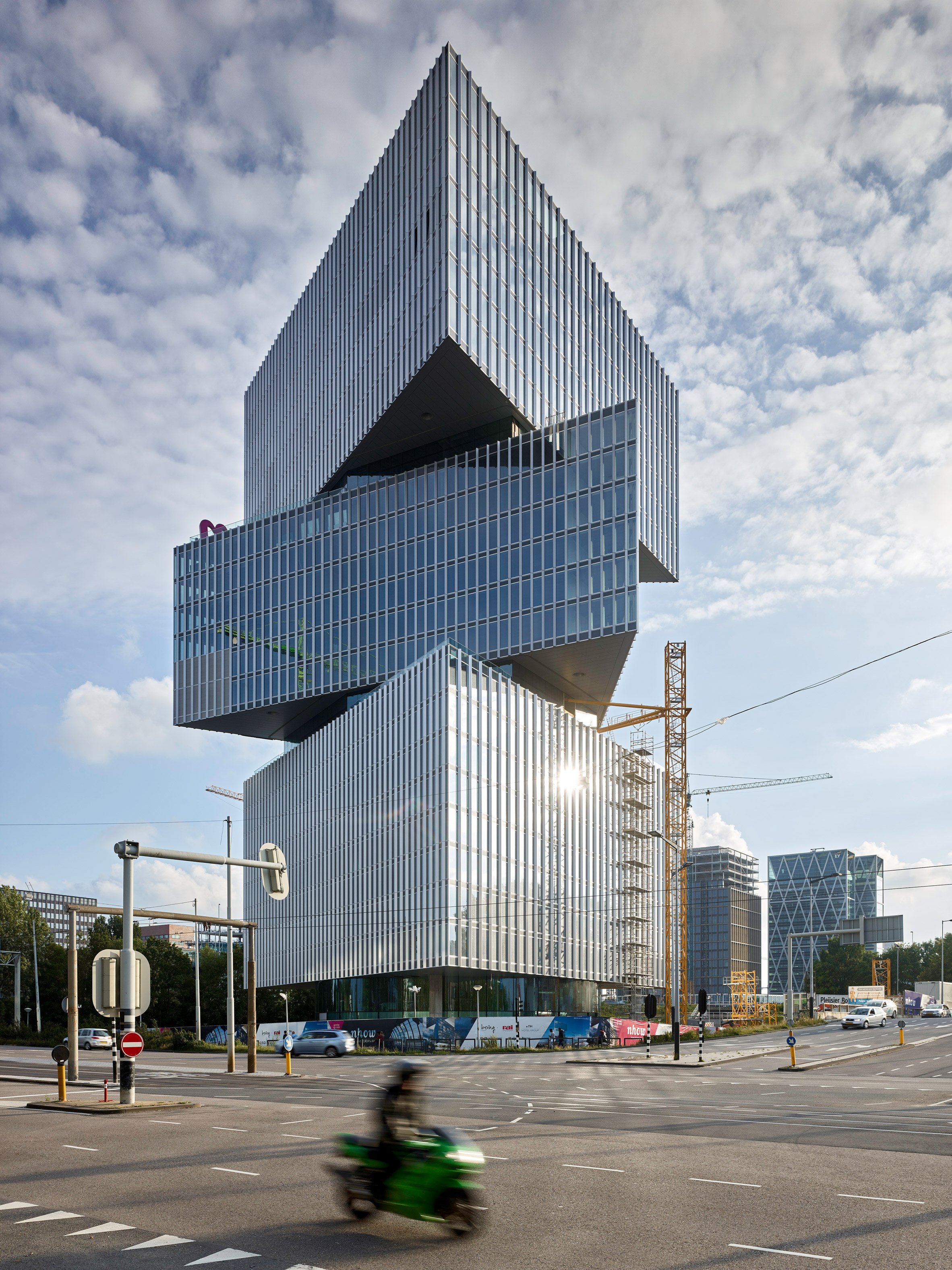 The distinctive-shaped building is intended to be both interesting and fun, as well as allowing guests and locals to enjoy the virtues of modern architecture.

“I think it is important we learn to enjoy modernity again,” said Reinier de Graaf, partner at OMA.

“Given how much progressive values – and consequently modern architecture too – are under attack these days, I don’t think we can stress enough the virtues of either,” he told Dezeen. 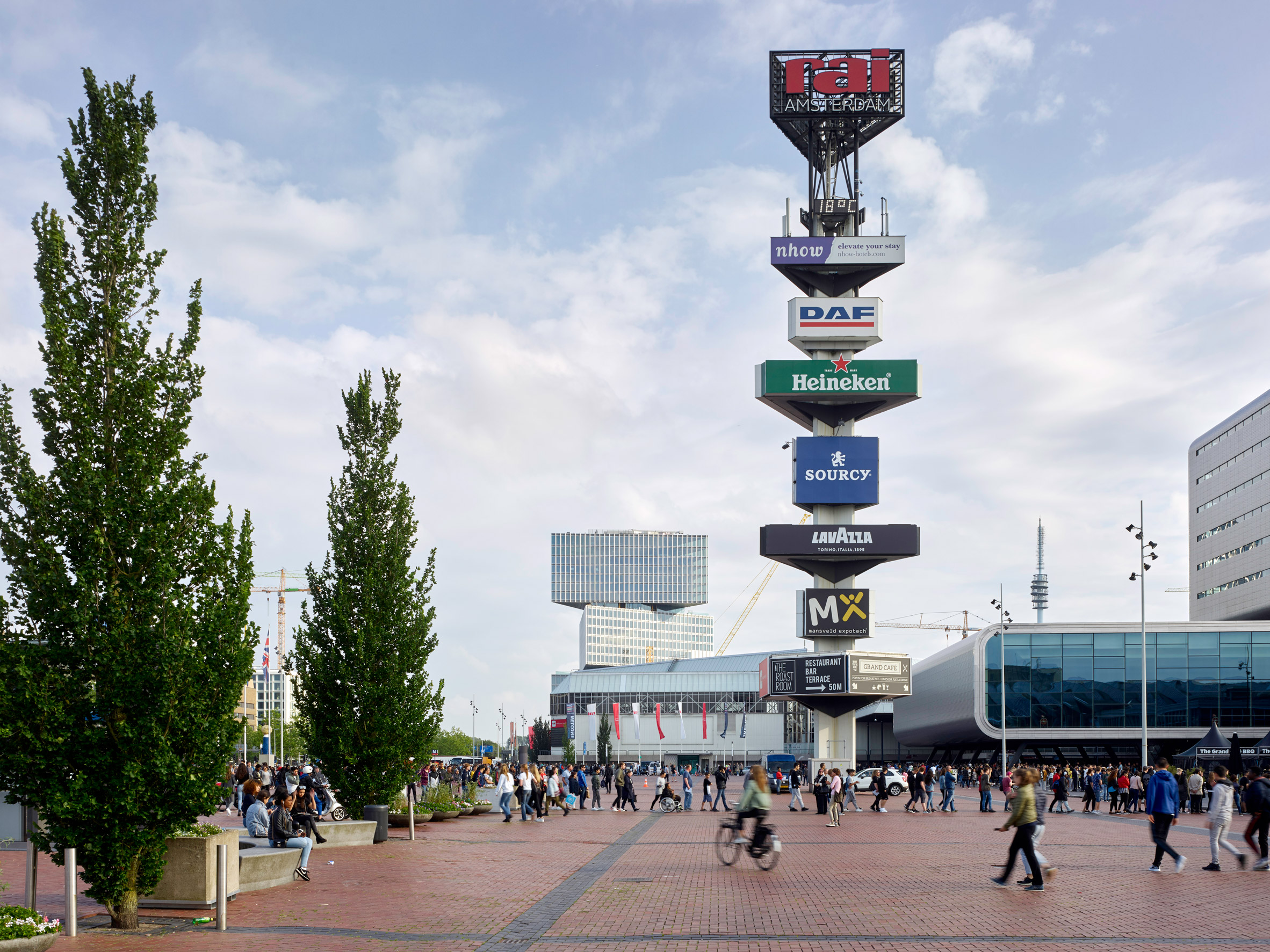 The hotel is located alongside the RAI convention centre and its distinctive form is a reference to an advertisement column, which was once the tallest structure in the local area.

“When this complex was built, in 1961, this column was the tallest structure in the area, but has since been surpassed by a multitude of much taller office buildings erected nearby,” said De Graaf.

“Derived from this column, the hotel can be read both as an extension of the RAI complex itself and as part of the new context, giving the RAI a new presence in a dramatically changed cityscape.” 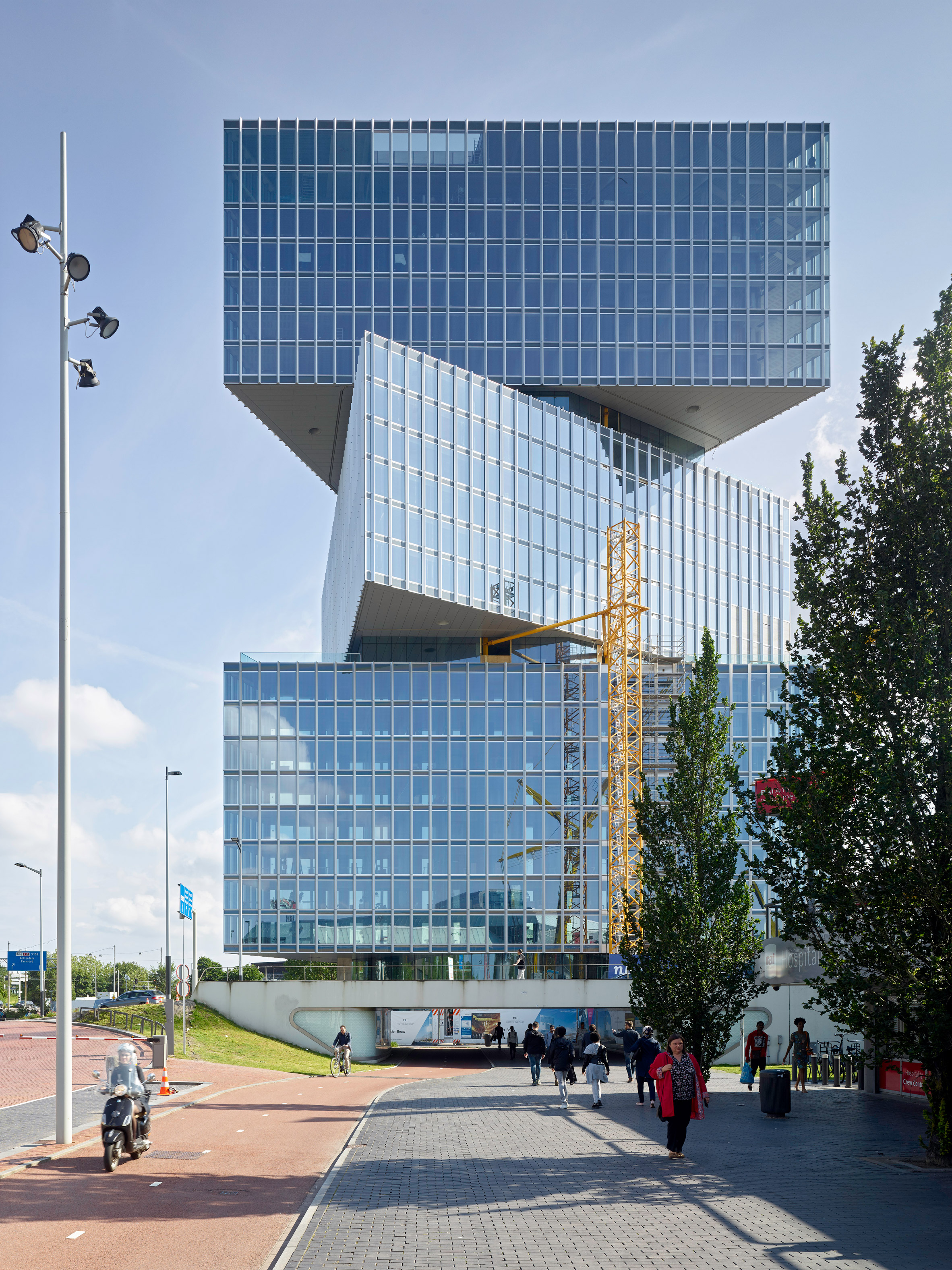 The three triangular volumes will contain hotels rooms, with 24 to 36 rooms placed in each floor, allowing views over the cityscape.

“The building form functions perfectly for a hotel, orienting its rooms to the three main views: to Amsterdam’s old city centre to the north, the airport to the southwest and to Amsterdam’s modern extensions in the southeast,” explained De Graaf. 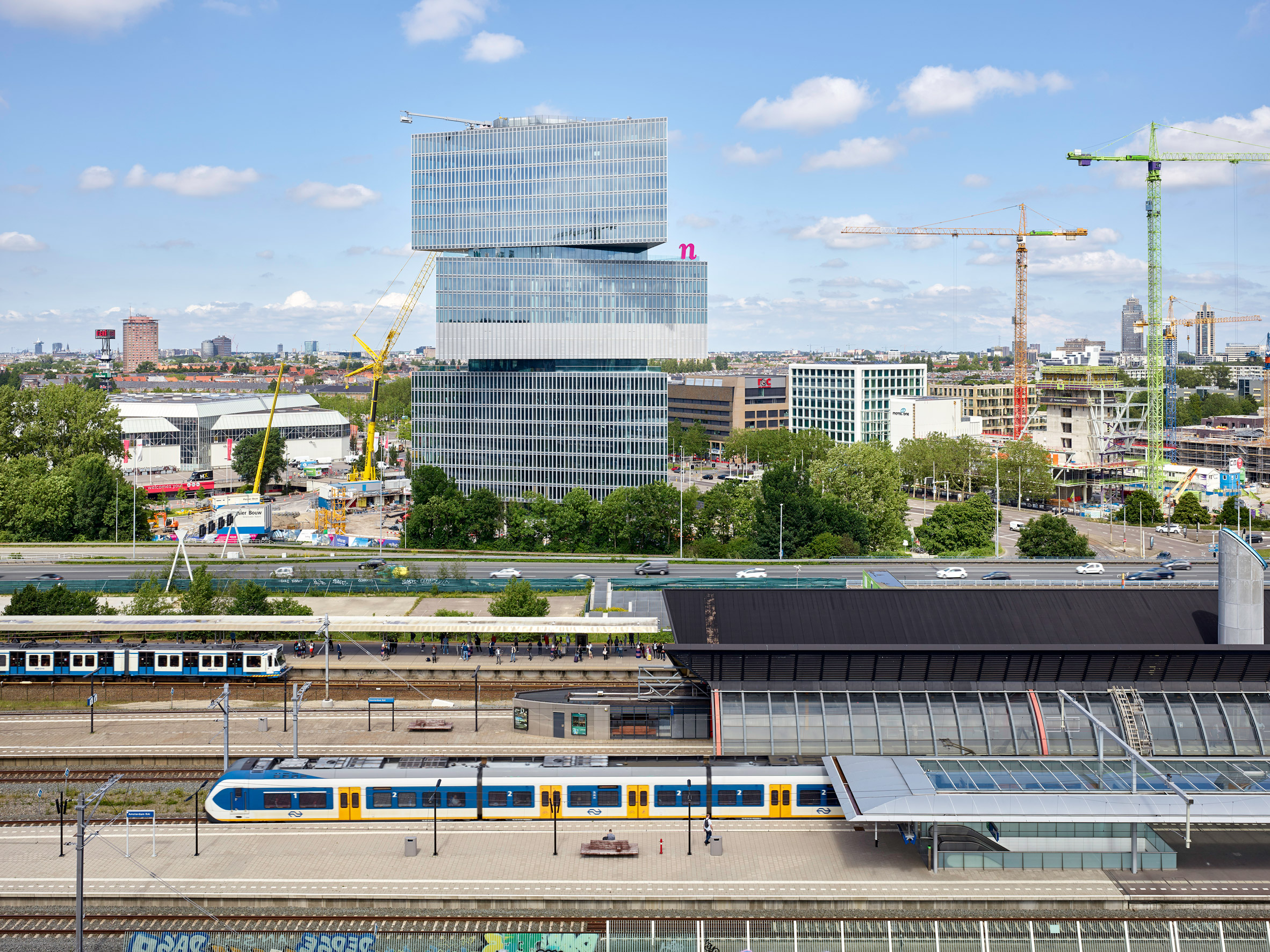 The triangles sit on a two-storey circular podium, which will contain shops on the ground floor and the hotel’s lounge and bar on the first floor.

At the top of the building will be three storeys of meeting spaces and conference rooms alongside a broadcasting studio, where a daily television show will be broadcast. 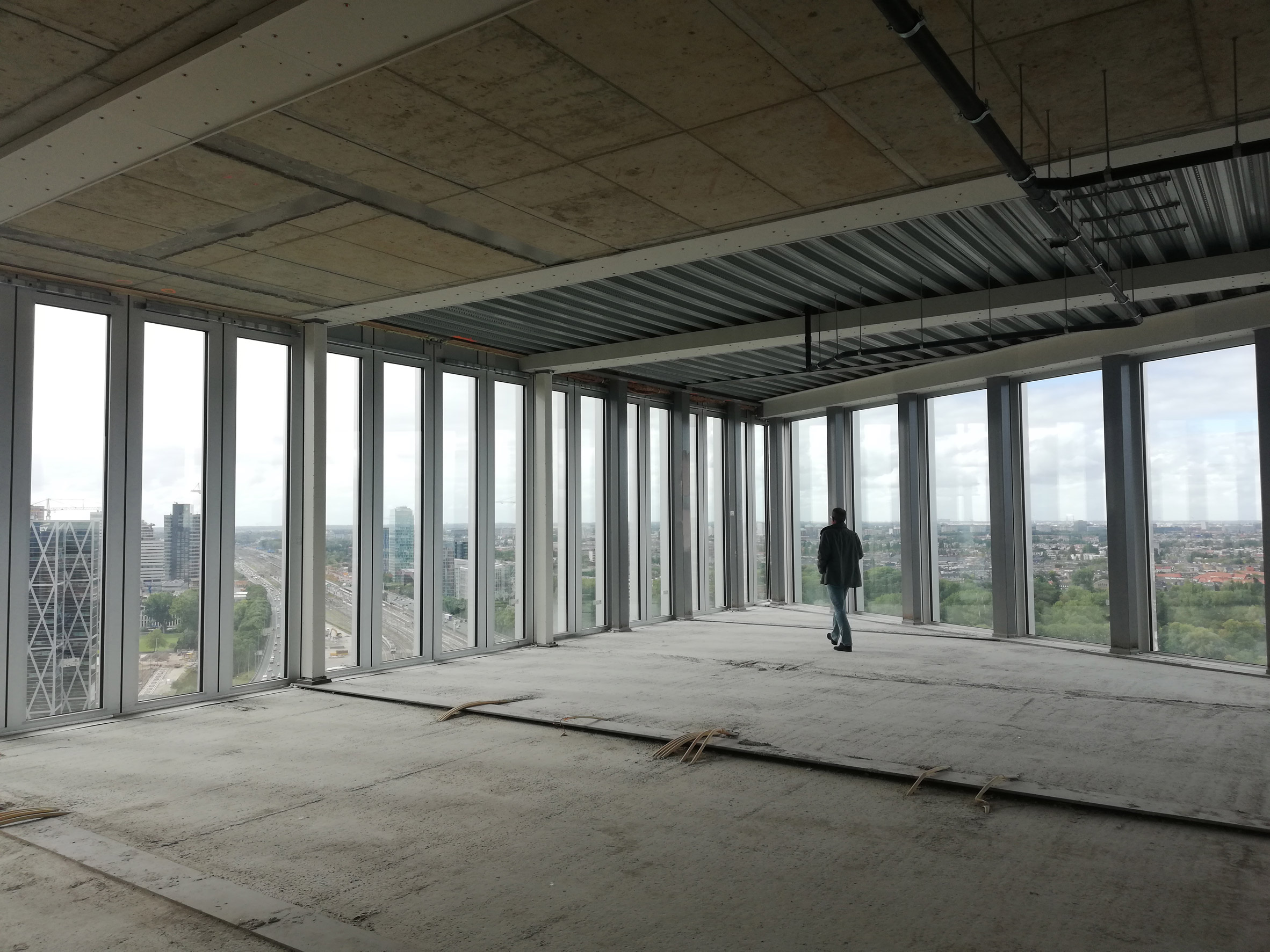 The studio is currently designing a residential tower in Kuwait City, a department store in Vienna, a waterfront conference centre in Shenzhen and an extension to the New Museum in New York.

The post OMA reveals tower made from trio of stacked triangles appeared first on Dezeen.