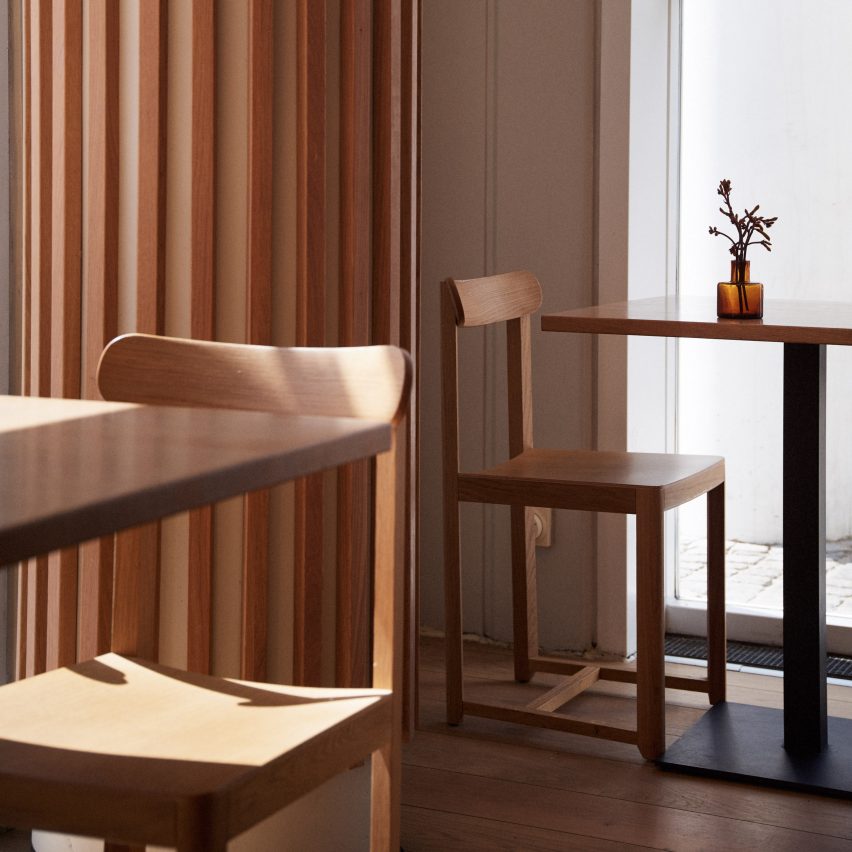 Pan-Projects and Mok Architects drew upon Nordic and Japanese aesthetics to design this restaurant in Copenhagen, which features oak surfaces, translucent screens and paper lanterns. 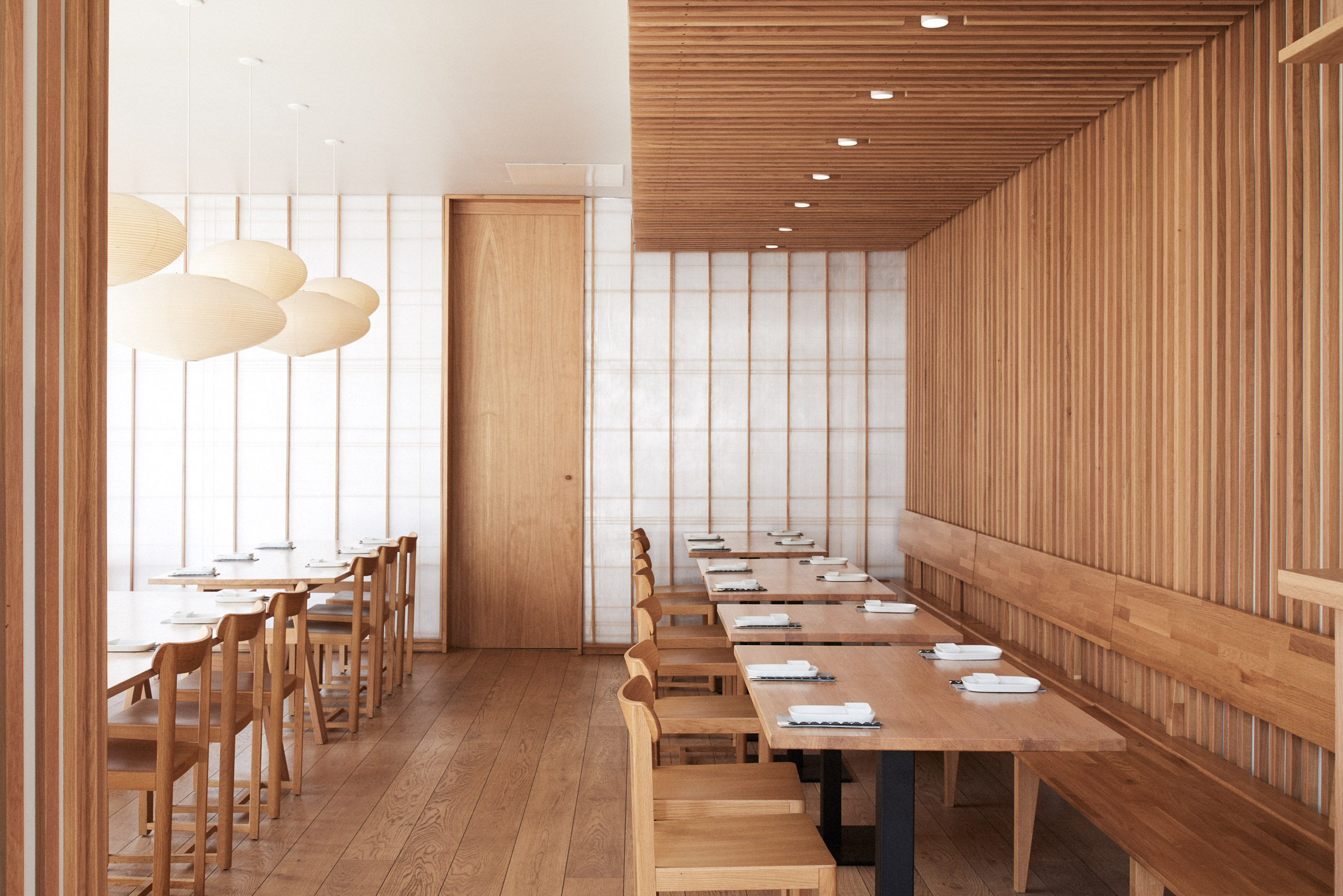 The 120-square-metre restaurant has an L-shaped plan with windows that wrap around two sides.

An open kitchen and small dining area occupy one side of the restaurant, while a larger dining room, customer toilets and a small backyard for parking occupies the other. 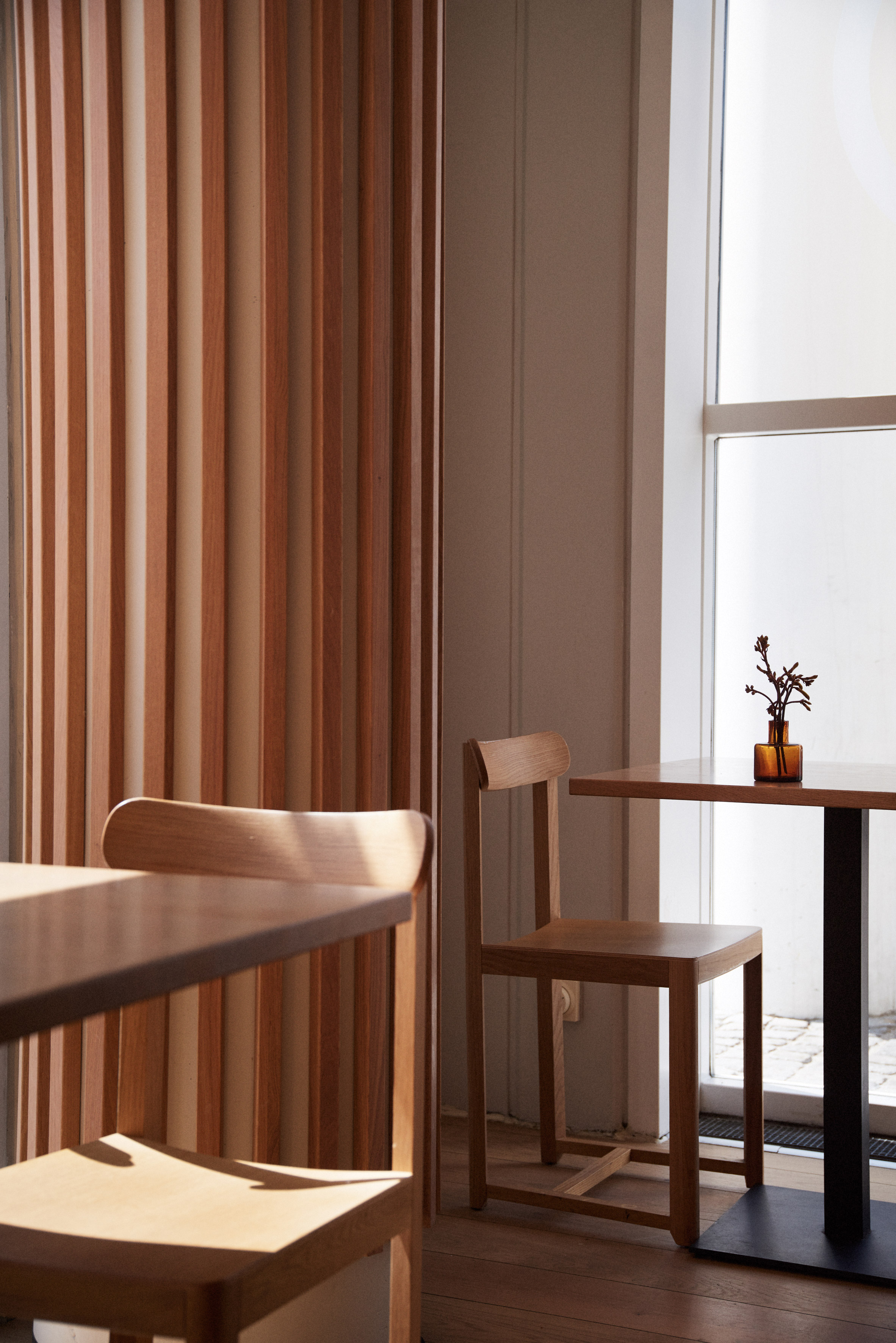 Copenhagen-based architecture studio Pan- Projects was invited by Izumi, along with Mok Architects, to create a new spatial identity for the chain. 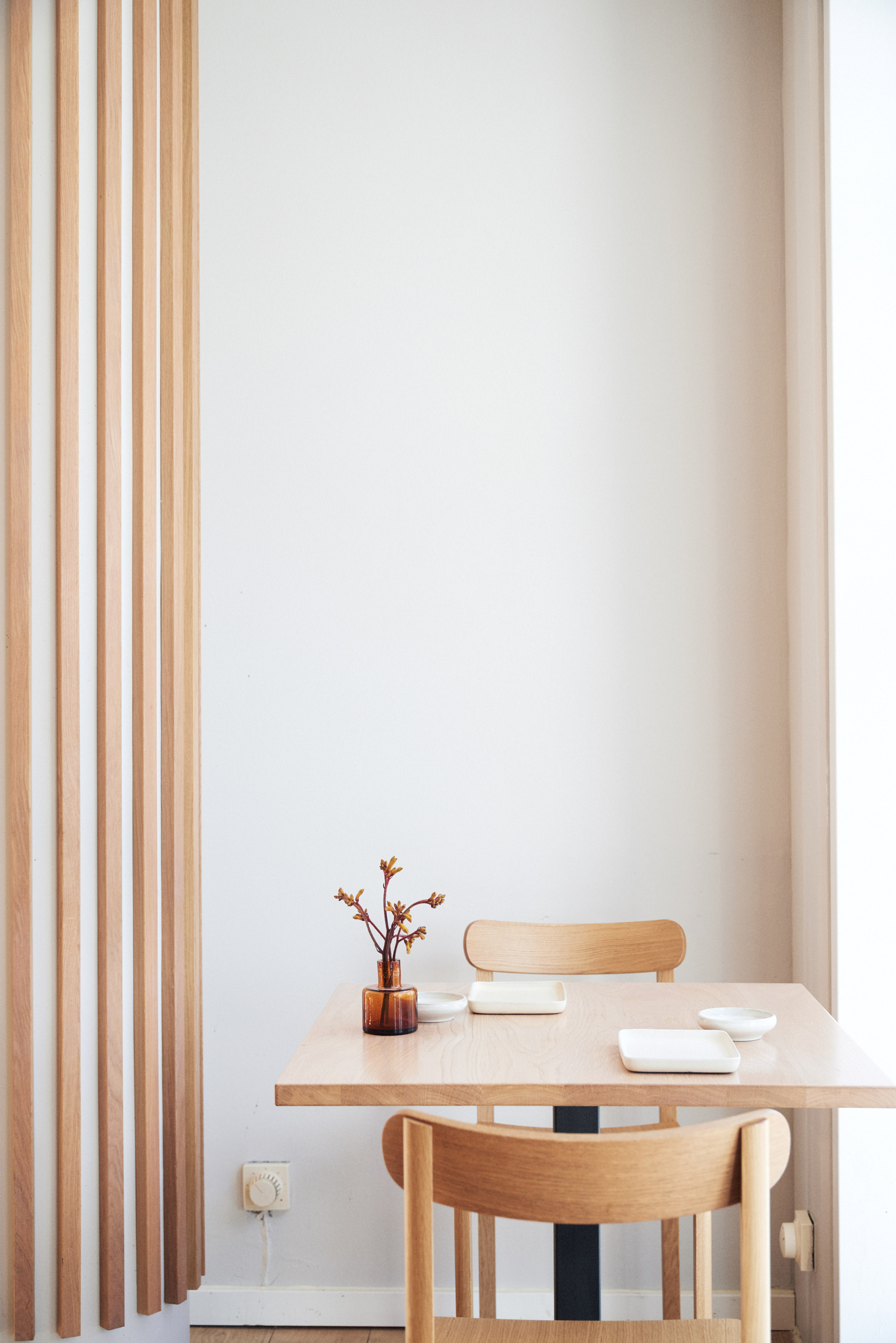 “Japan and the Nordic countries have a rich history of cultural interactions,” explained Pan-Projects’ founders Yurioko Yaga and Kazumasa Takada.

“Especially in the field of design, there are many examples that are rooted originally in Japanese culture yet developed uniquely in the land of the Nordic region.” 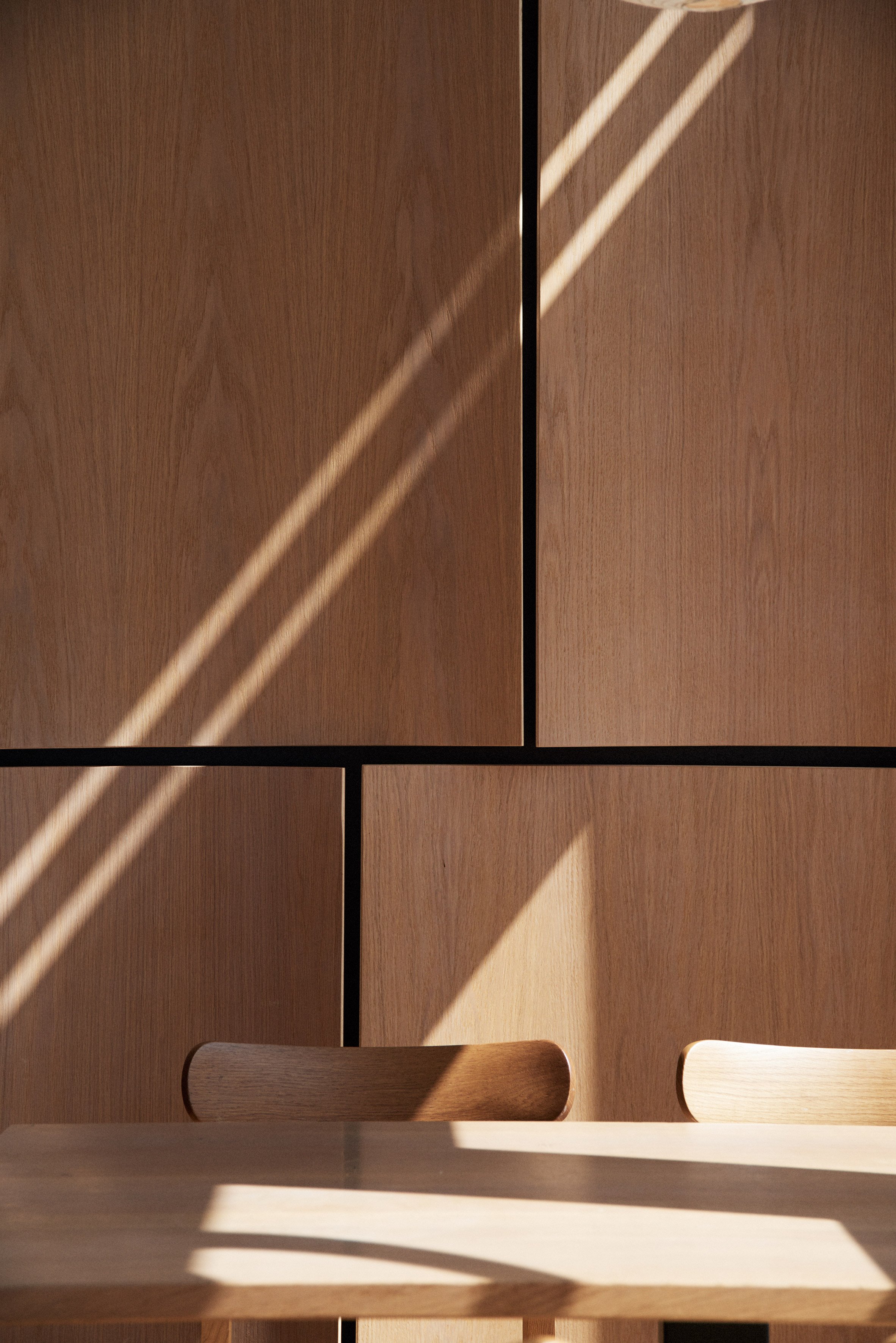 In the restaurant, this is reflected in features such as the curved Scandinavian oak panels that surround the open kitchen.

According to the architects, the modular panels adhere to a traditional Japanese dimension system used to make Japanese tatami mats.

The panels’ slight curve is inspired by steam-bent Scandinavian furniture. 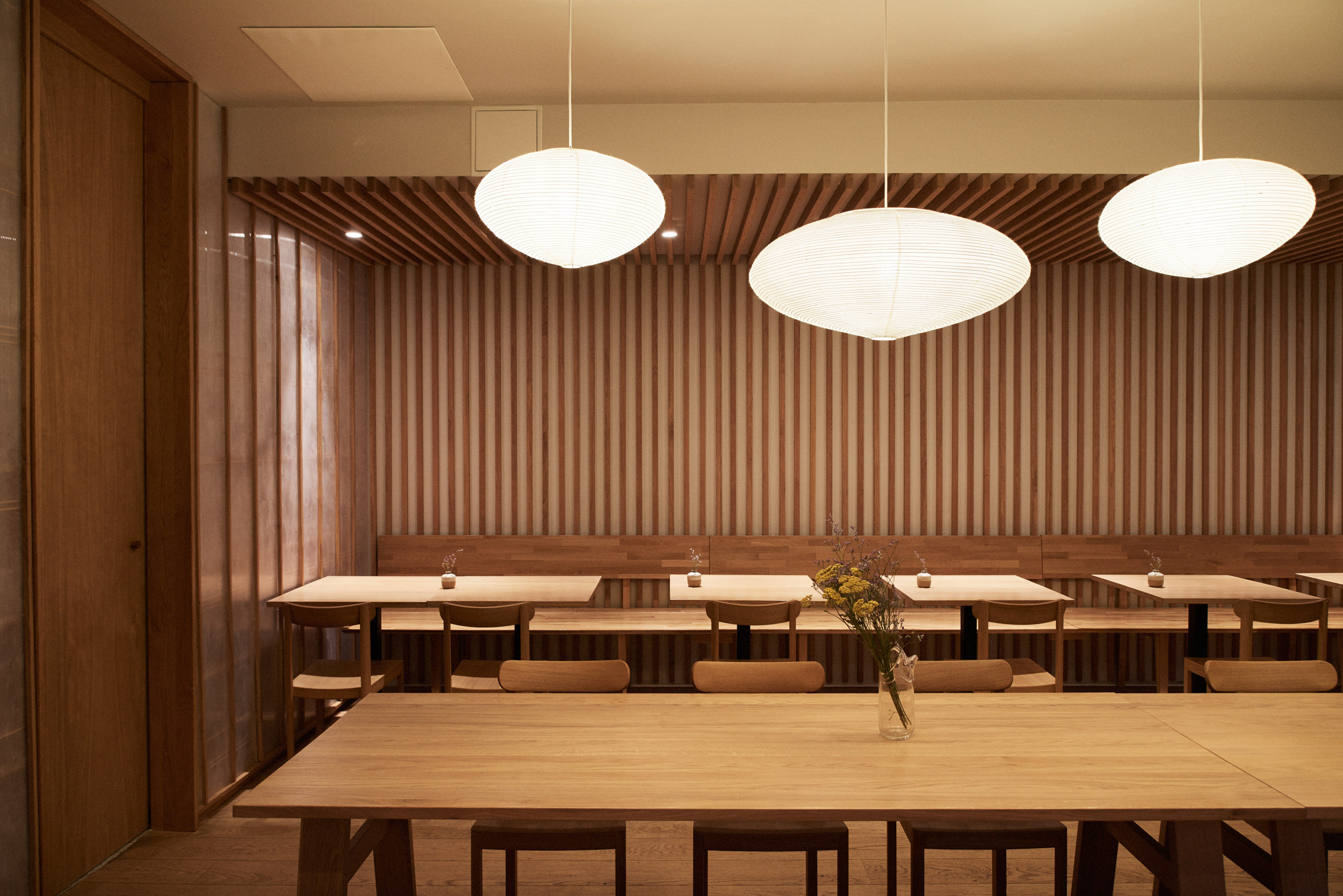 “As a design strategy, we adopted Japanese spatial characters to the Scandinavian context, aiming to fabricate a new standard of Japan-Scandinavian design interactions,” Yaga and Takada said. 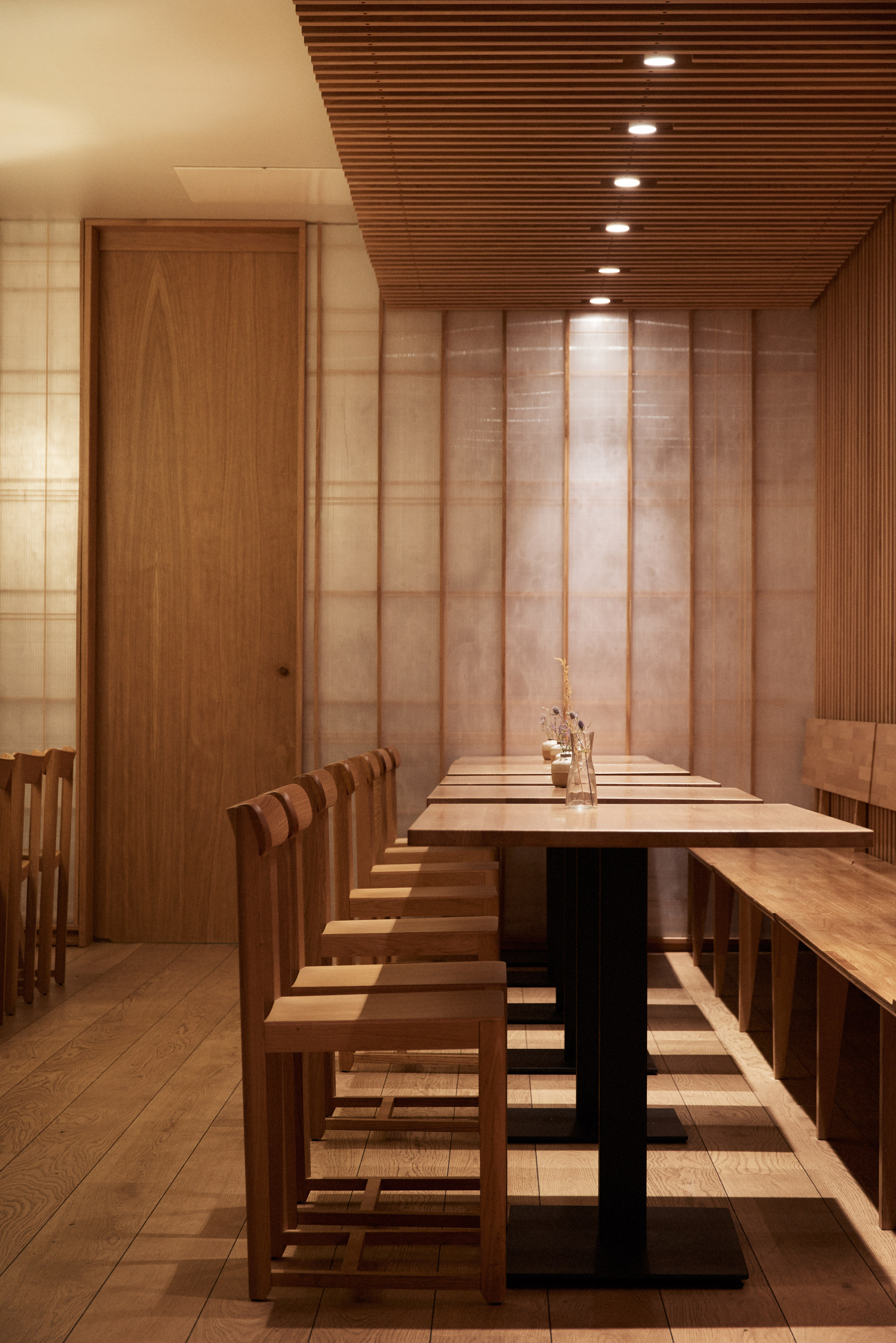 A series of translucent screens made from multiple layers of sanded polycarbonate sheets are a contemporary riff on traditional Japanese paper sliding doors.

Isamu Noguchi, who was a New York-based Japanese sculptor, designed the Akari lanterns that hang above the tables, while the dining chairs are designed by London-based Japanese design studio Mentsen. 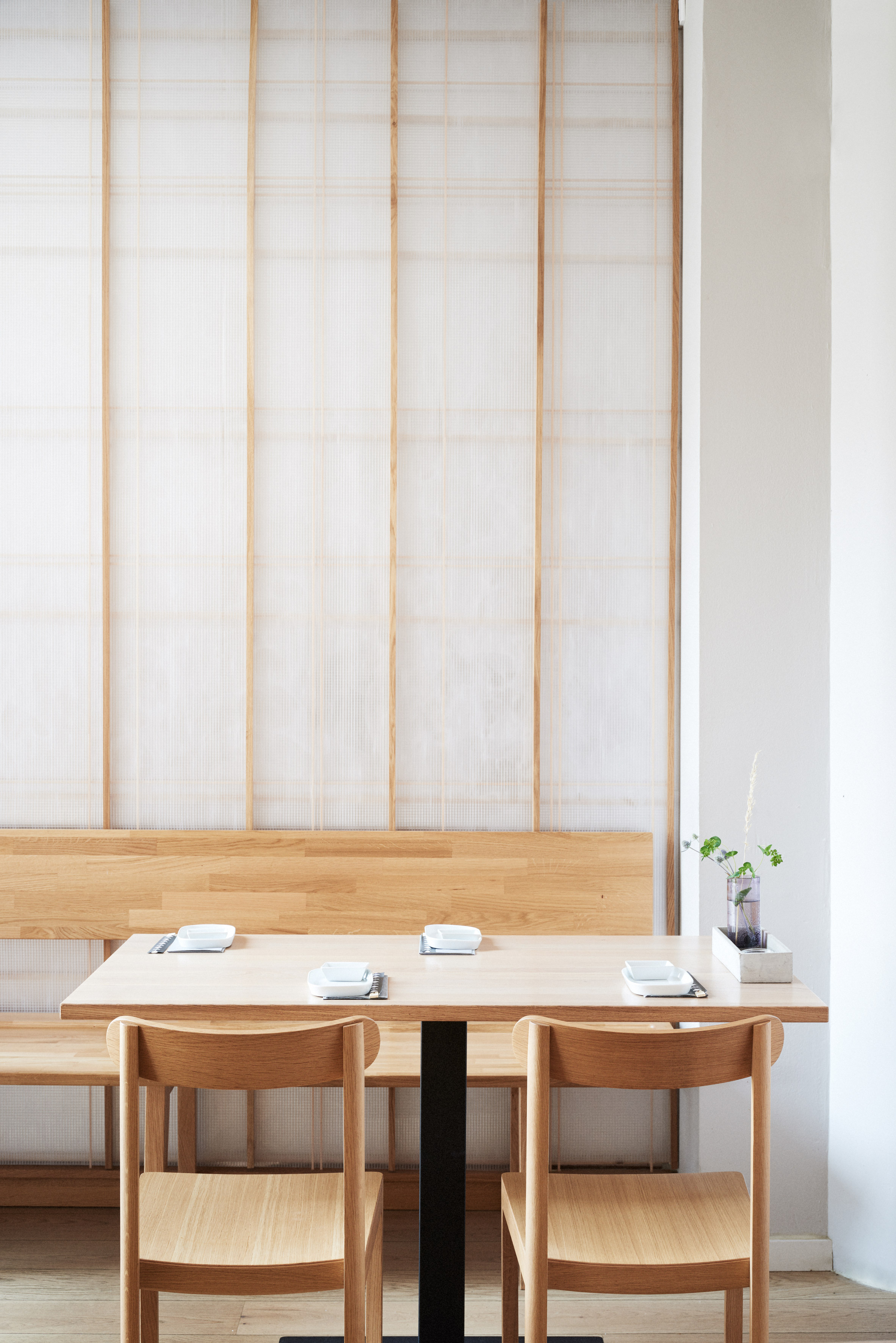 This is the third Izumi branch that Pan-Projects has completed, joining two other outposts in Copenhagen’s Frederiksberg and Allerød neighbourhoods. Construction is scheduled to start on another location in Vesterbrogade in 2020. 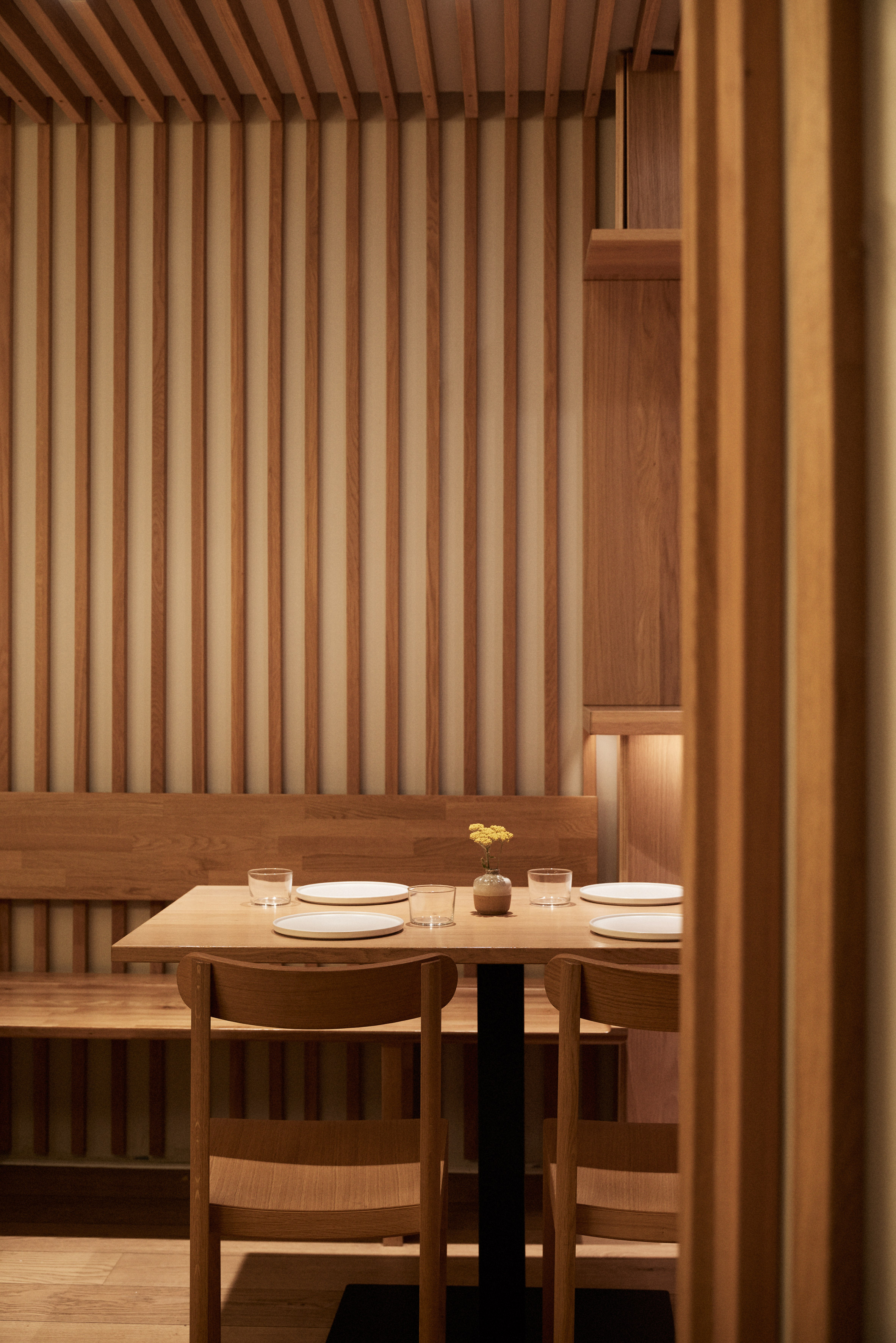 The restaurant is the latest in a string of eateries that blend Danish and Japanese design sensibilities.

Photography is by Yuta Sawamura.