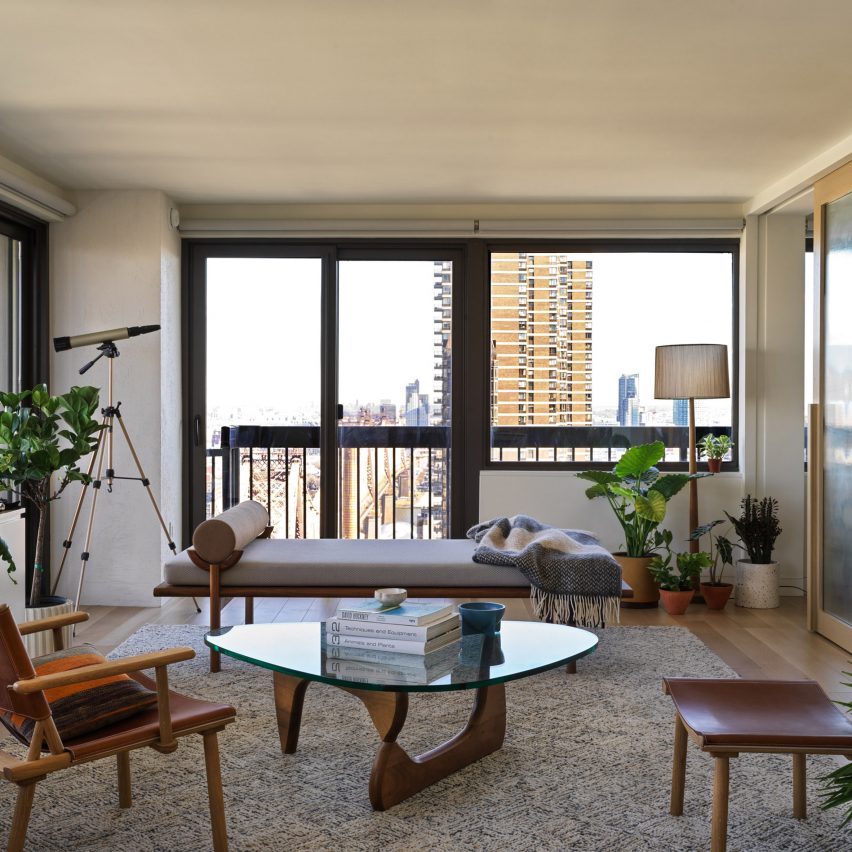 New York studio General Assembly has reconfigured a 1970s apartment in the city’s Upper East Side into a sun-light space with a home office.

General Assembly‘s renovation turned a one-bedroom unit into a home with two rooms, complete with an updated kitchen and living room. 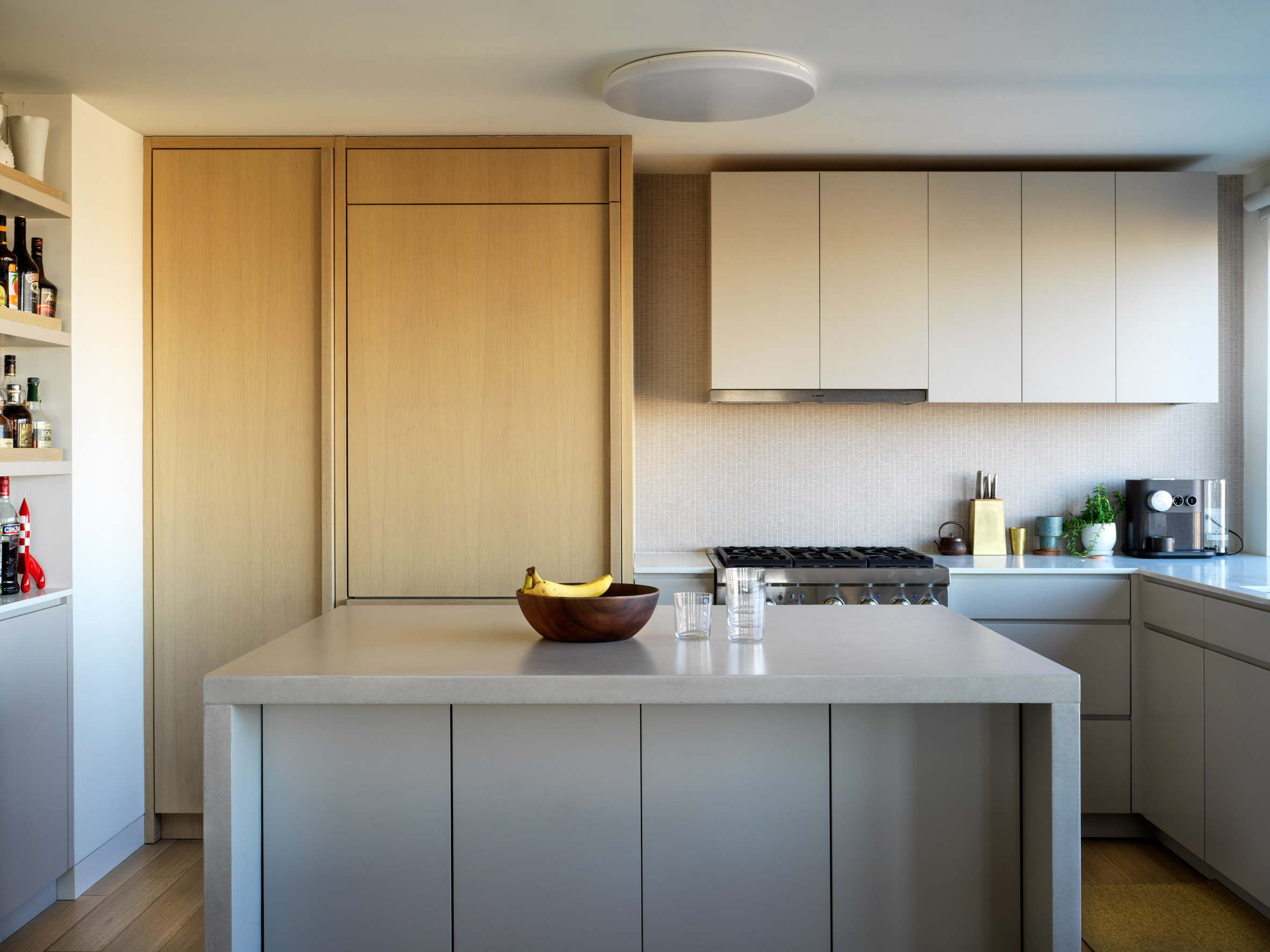 The studio reduced the size of the master bedroom and the lounge to make room for a second bedroom, which doubles as an office for the two homeowners who frequently work from home.

While reconfiguring the space General Assembly aimed to draw on existing elements of the property, which is located in a high-rise concrete tower on 59th Street that dates back to the 1970s. 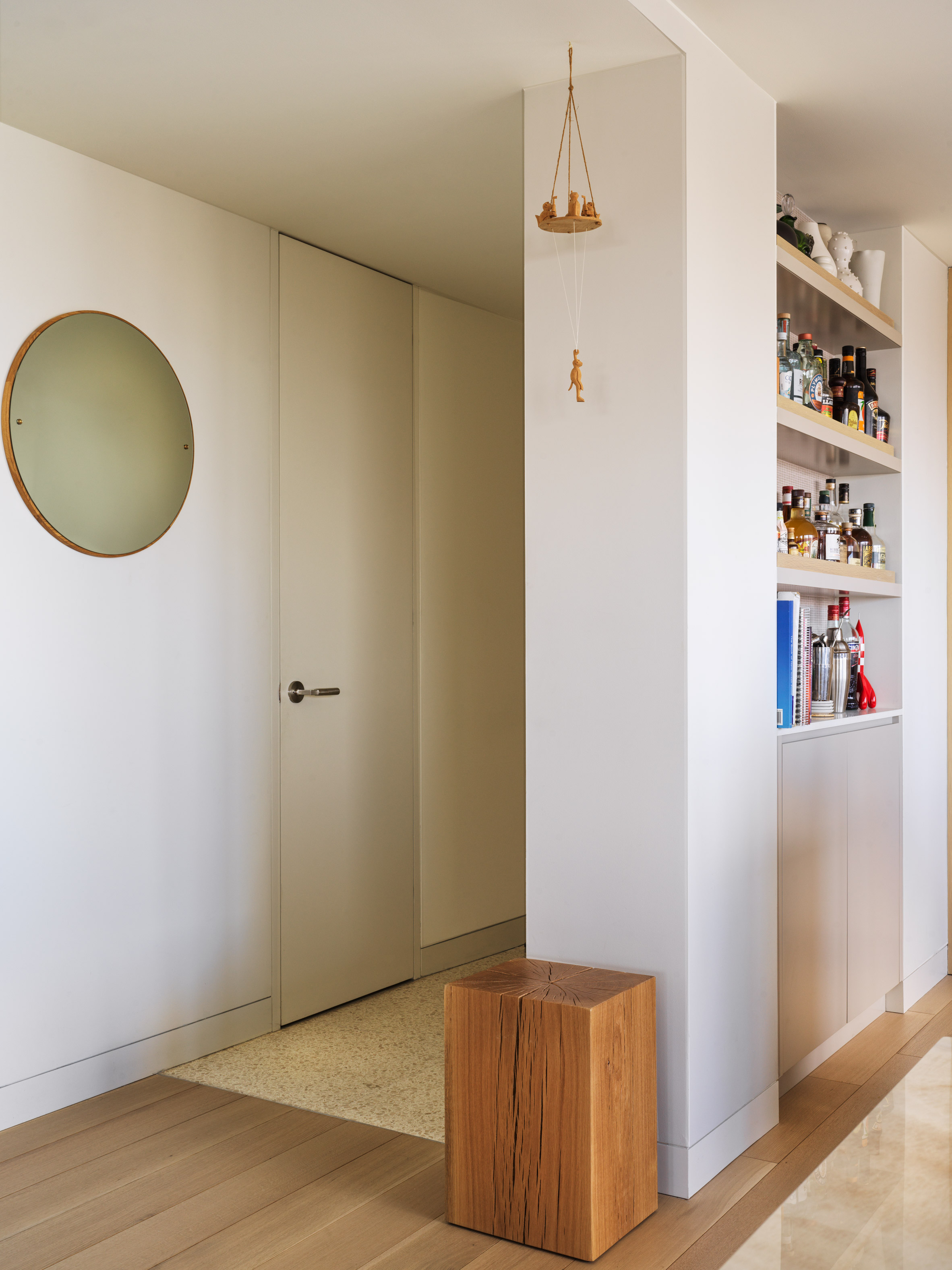 “This full renovation in an Upper East Side high-rise creates a balance between the feeling of being in the air, while being grounded by the weight of the building.” 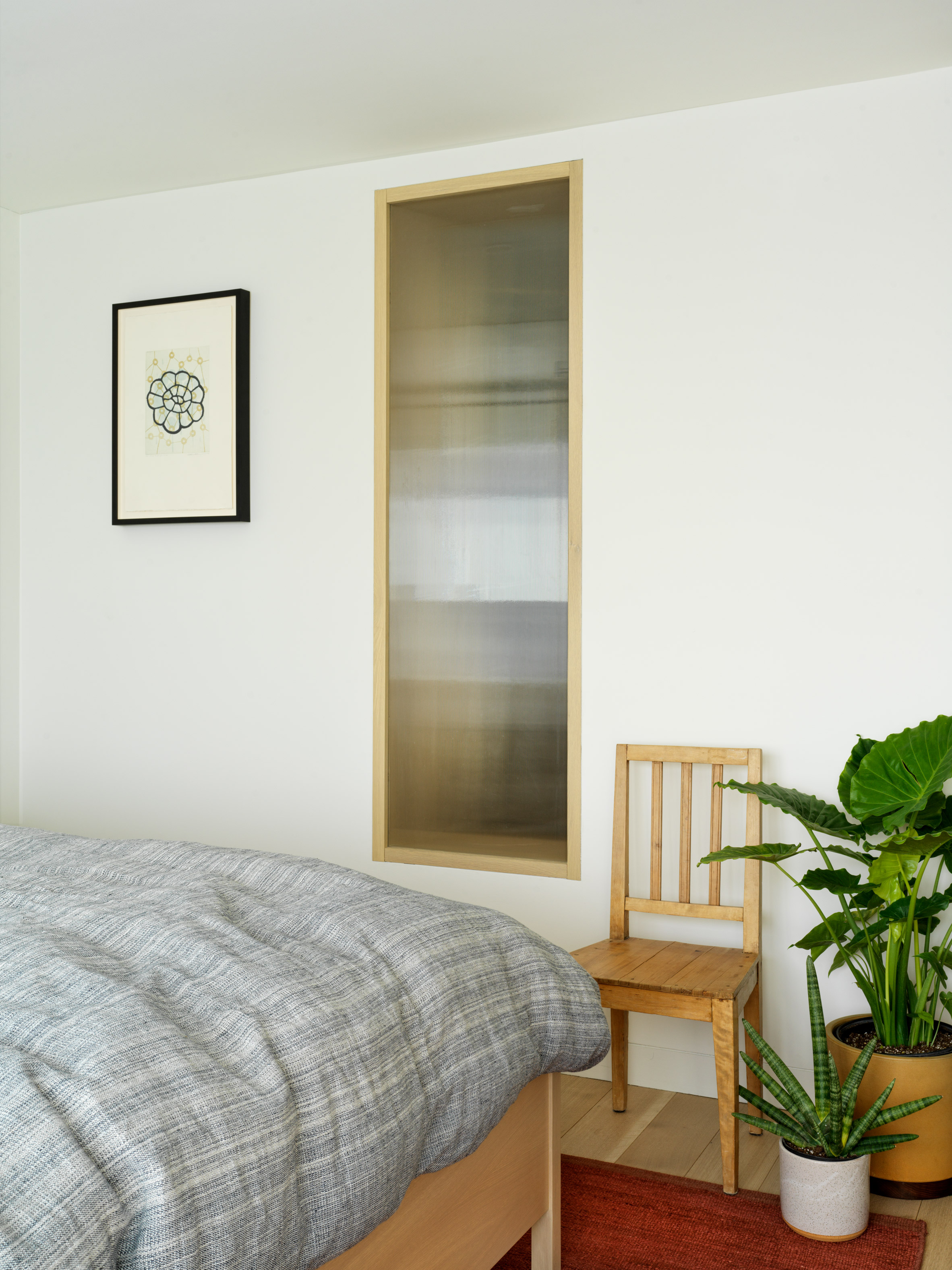 The homeowner’s moved from a lower apartment in the building to this unit, because they were drawn to the views from being higher up.

Among the key features of the space is the access to plenty of natural light from existing corner windows, and expansive views of Queensboro Bridge and the city’s East River. 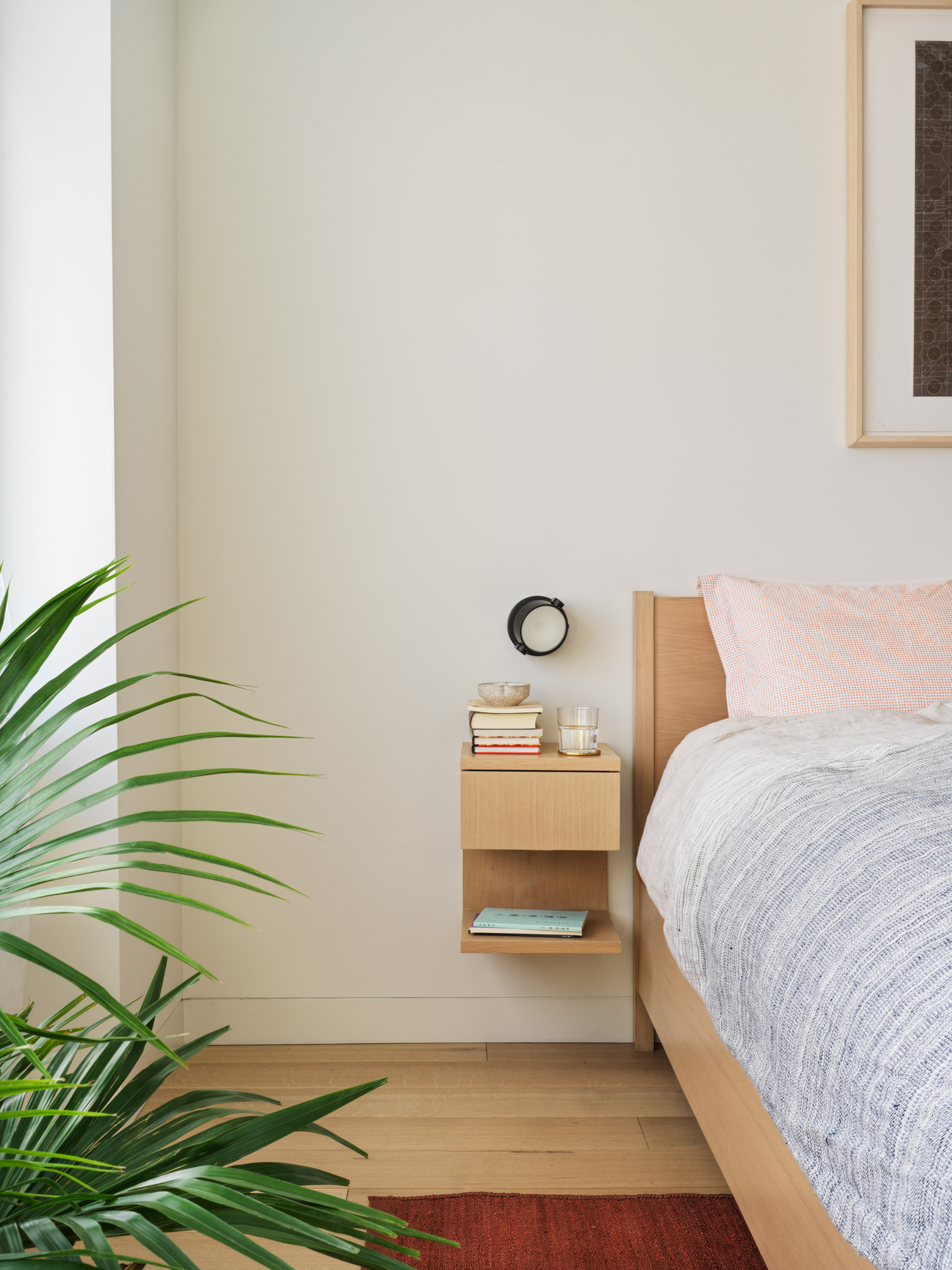 Sliding glass doors were added into the living room to close off and open the space and also to connect views.

New materials range from pale wood to grey, black and white surfaces on cabinets for a mixed yet cohesive aesthetic.

Floors are oak and almost all of the furniture is wood, further integrating the different areas of the home together. 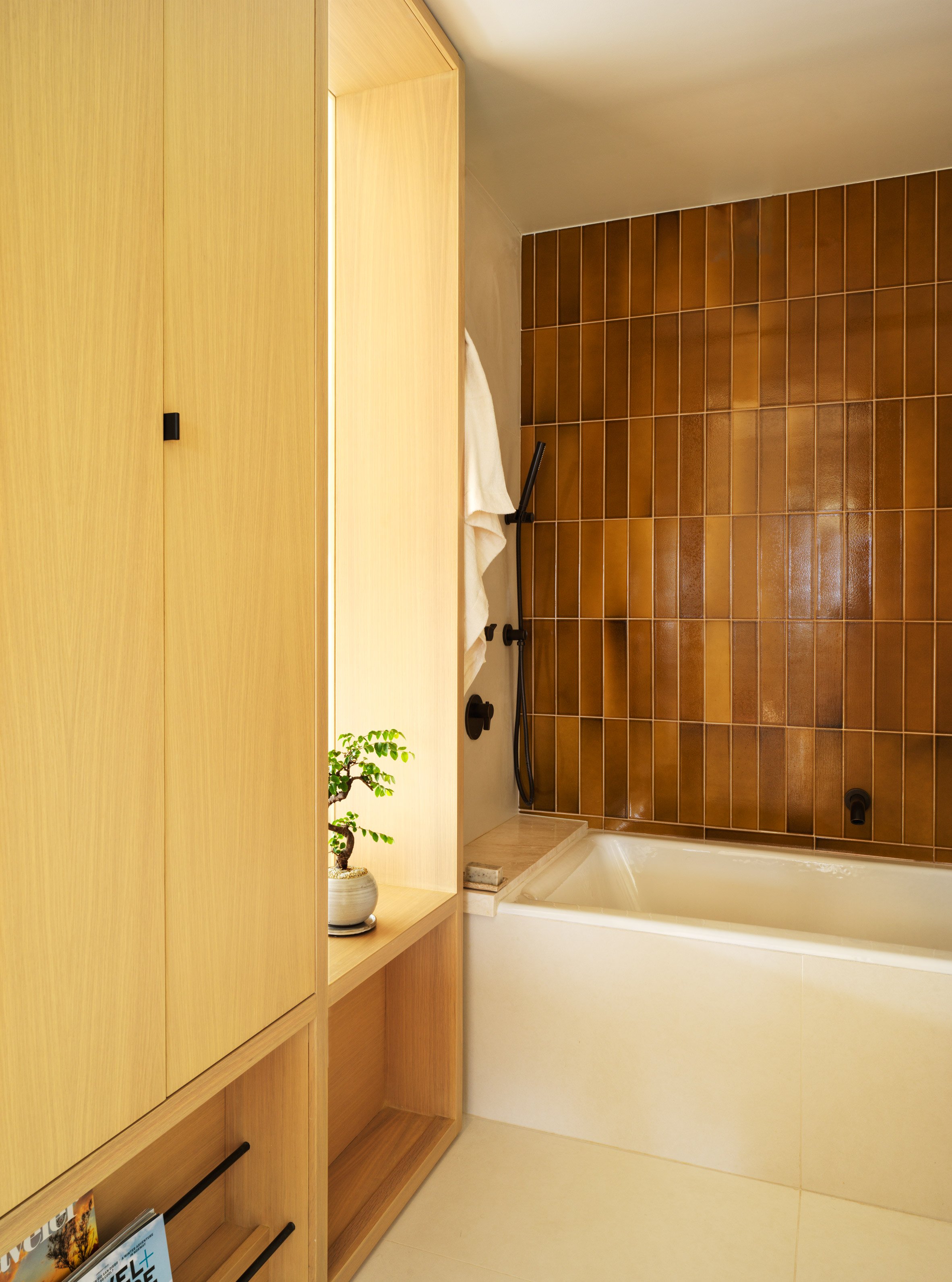 The unit’s two existing bathrooms are updated with new travertine sinks in a golden hue and black fixtures. One of them also has brownish-red tiles cladding a shower.

“A clear material palette of white oak, travertine and minimal detailing contrast the rough concrete texture that extends from the exterior into the home’s interior,” said Stief. 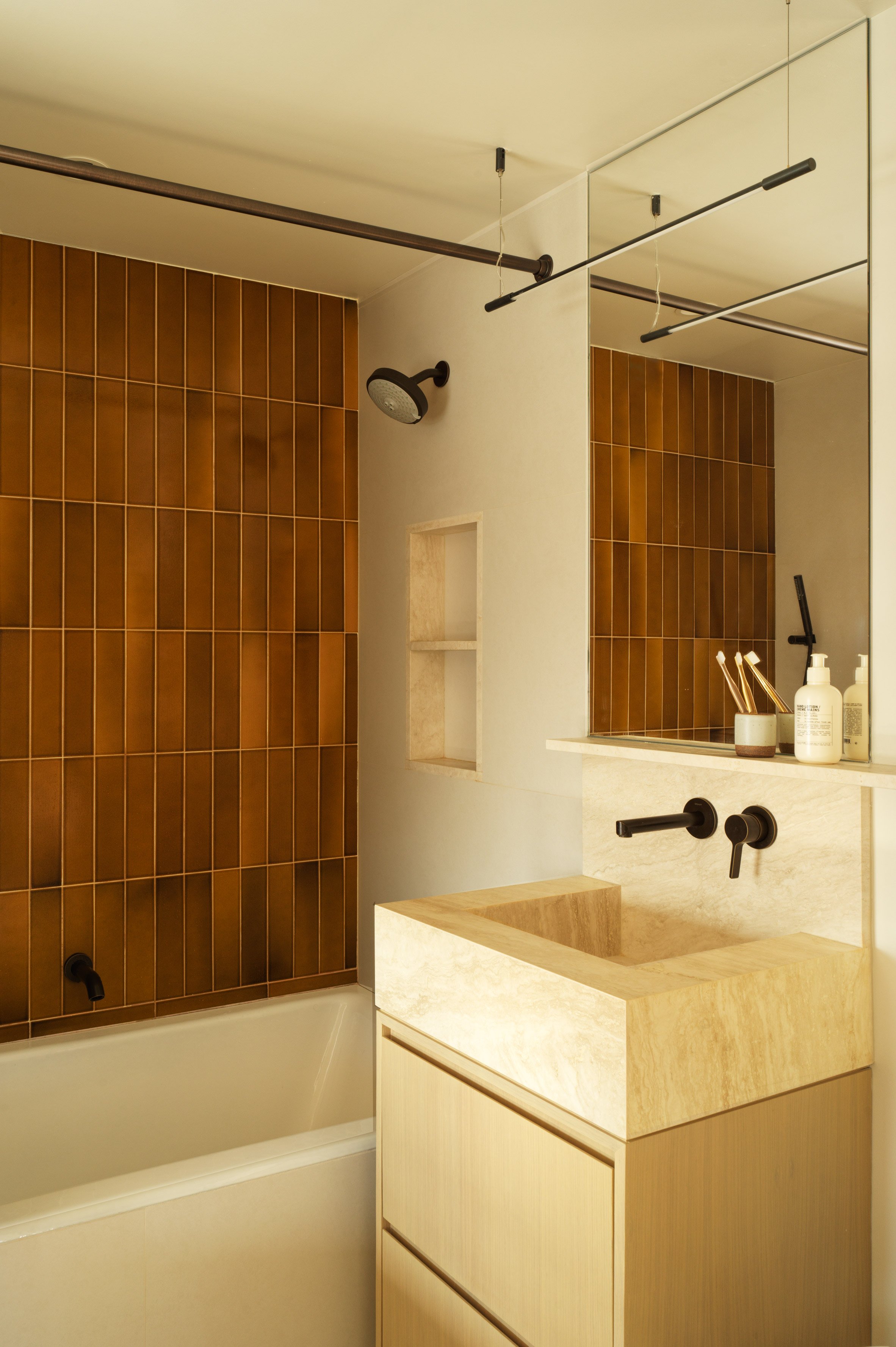 General Assembly was founded in 2011 and is led by Sarah Zames.

The studio is based in Brooklyn’s Gowanus neighbourhood and has renovated other apartments in the city, including a Brooklyn loft with wood ceilings and a penthouse unit with pops of red and dark green.

Other apartment renovations in Manhattan include Julian King’s Soho Loft and Lenox Hill Residence by Attn Attn which is also in the Upper East Side.

Photography is by Chris Mottalini.