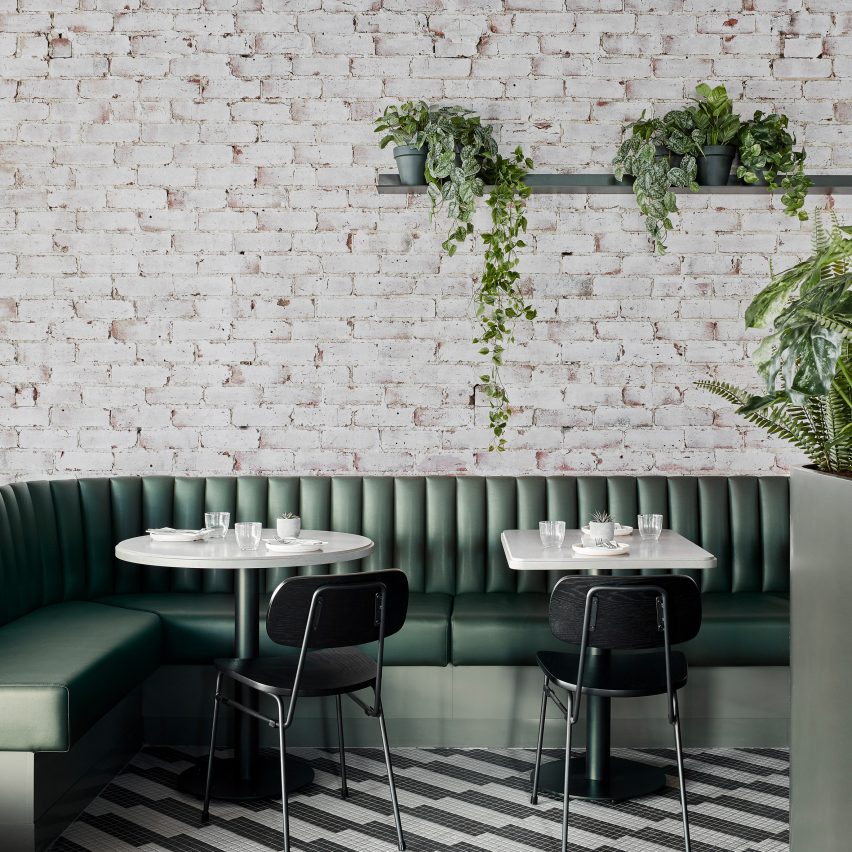 Monochrome tiles and rich-green fixtures pervade this much-loved neighbourhood cafe in Melbourne, which has been revamped by Australian design studio Biasol.

Serving up coffee, cocktails and a range of dishes that draw from global cuisines, Main Street has been a go-to dining spot for residents of Melbourne’s Mordialloc suburb for over a decade.

Biasol was brought on board to revamp the all-day cafe, which over time had grown tired in appearance. Its owner was also hoping the fresh interiors would serve as a “token of gratitude” to members of the surrounding community that have been visiting Main Street since its early days. 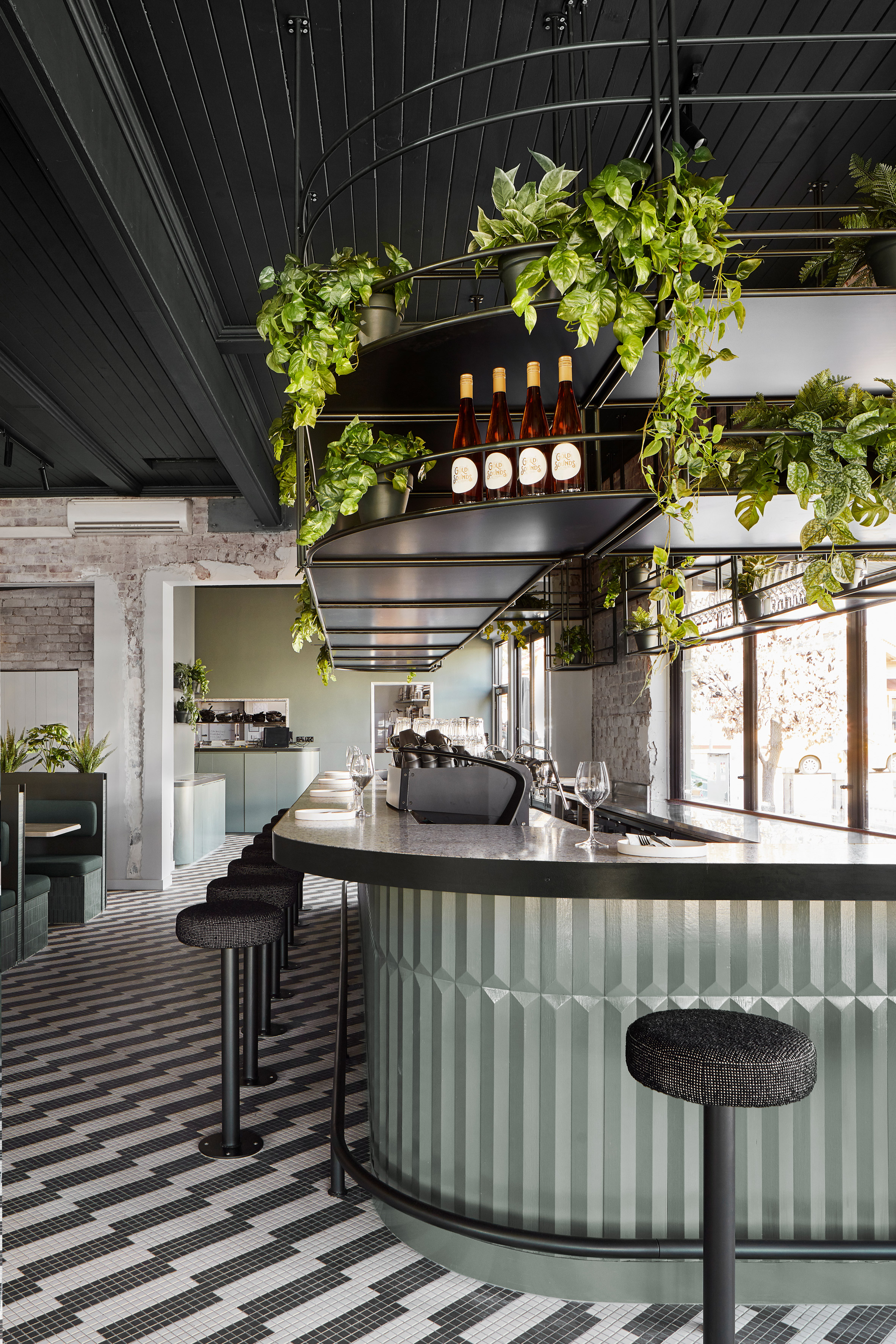 “The design needed to be casual and vibrant to seamlessly integrate into the streetscape and suburb,” said the studio.

“We looked to our favourite New York diners for inspiration, taking cues from their classic, nostalgic styling, and their lively, hip and ever-welcoming atmosphere.” 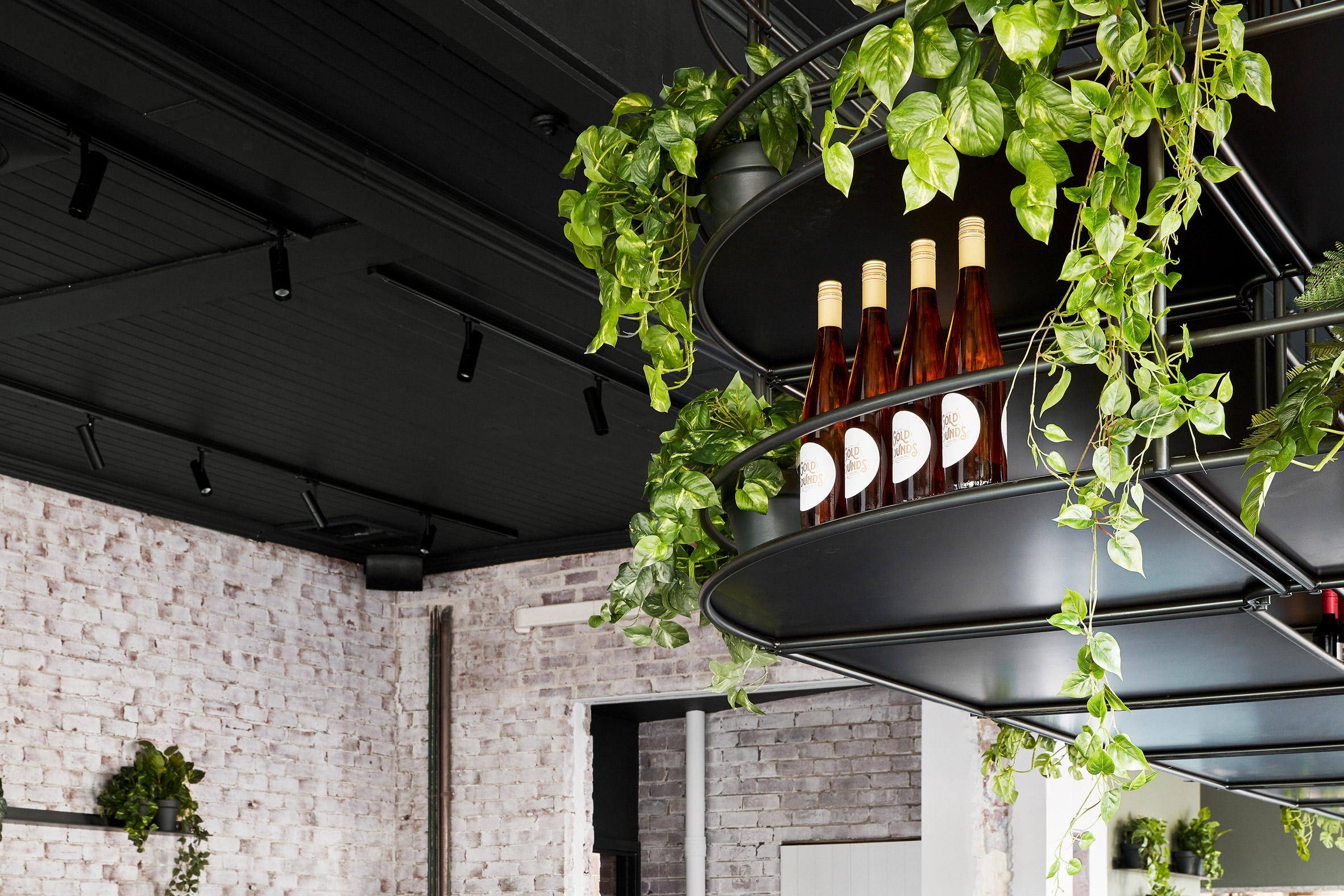 Rectangular blocks of black-and-white tiles have been applied in a slanted formation across the cafe’s floor, subtly mimicking the checkerboard flooring seen in typical American diners.

Prism-shaped tiles have then been used to create a faceted, jade-green bar counter.

This is also used to openly display the cafe’s selection of drinks bottles. 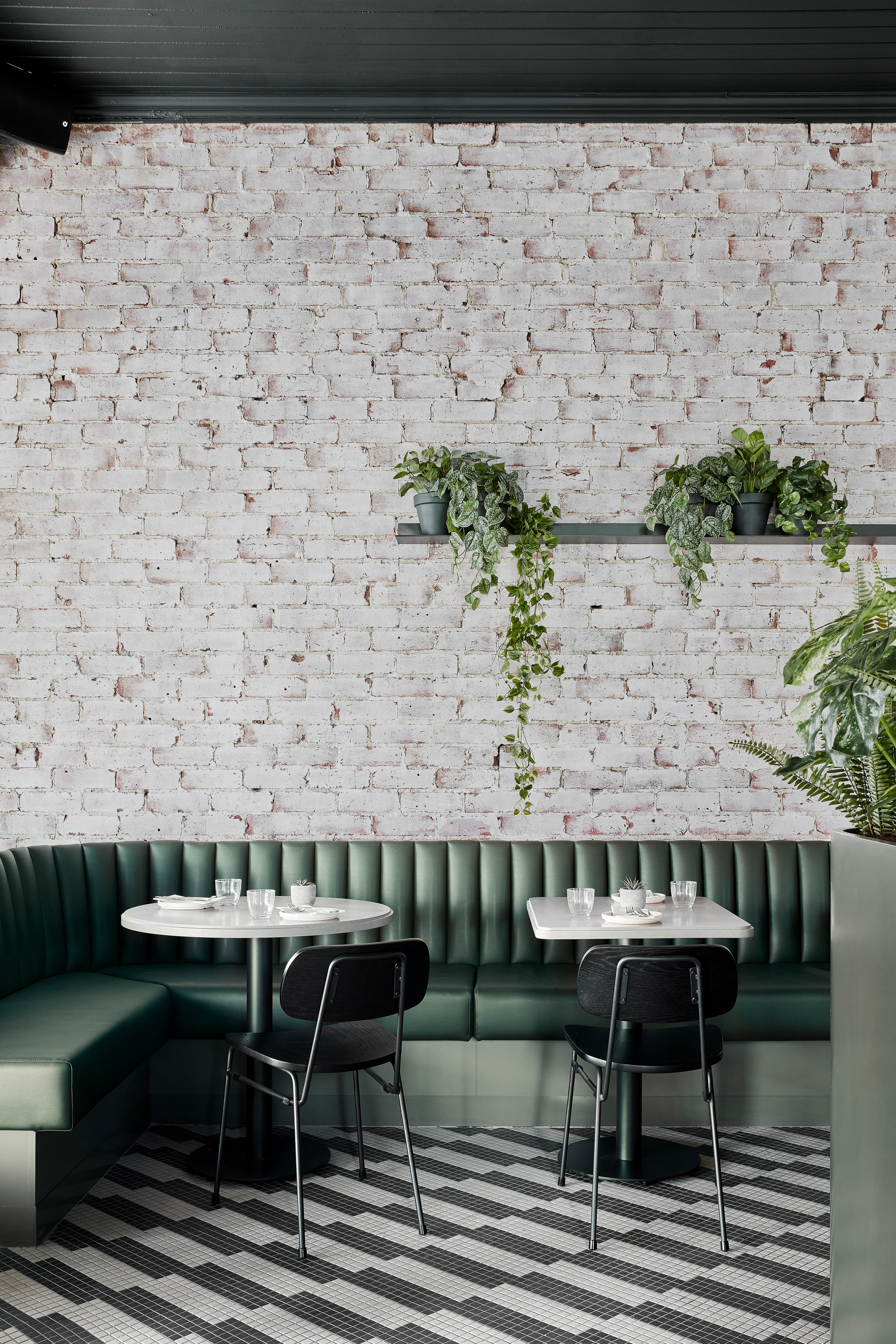 An emerald banquette winds around a peripheral wall, tying in with the green colour scheme. The base of each seating booth has then been inlaid with slim forest-green and sage-tone tiles.

The studio also decided to maintain the cafe’s exposed-brick surfaces, simply washing them with a thin coat of white paint.

“They reveal the fabric and history of the building, affirming Main Street’s identity as a long-standing neighbourhood destination,” added Biasol. 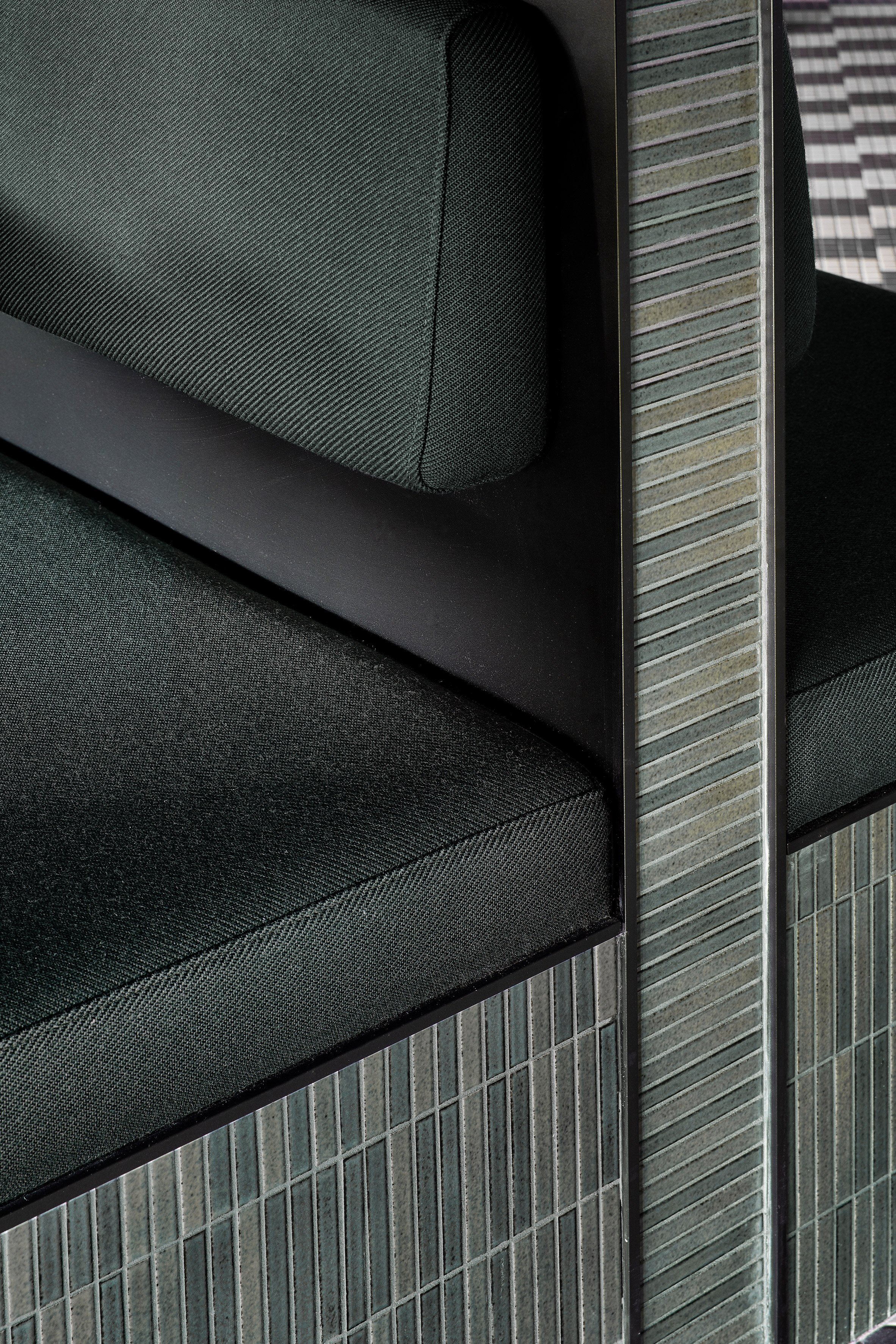 Biasol was established in 2012 and is based just outside of central Melbourne in the suburb of Cremorne.

Main Street is one of several hospitality projects that the studio has completed across Australia. Others include Sisterhood, a restaurant that takes cues from the tropical terrain of Tulum, and Pentolina, a pasta bar that’s designed to match the materiality of buildings in ancient Rome.

Photography is by Jack Lovel.