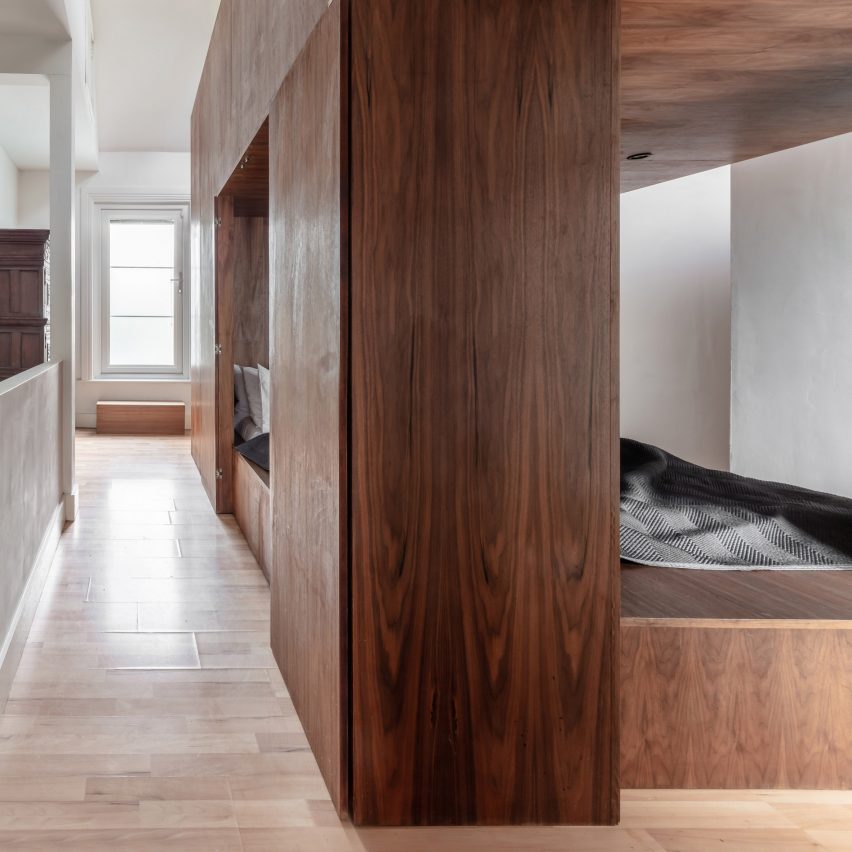 Three people can sleep, practice yoga or drink whisky together in this bedroom designed by London-based Scott Whitby Studio.

The clients are a throuple – a romantic relationship between three people. They asked Scott Whitby Studio to create them a bespoke boudoir in their south London home, which also features spaces for other activities. 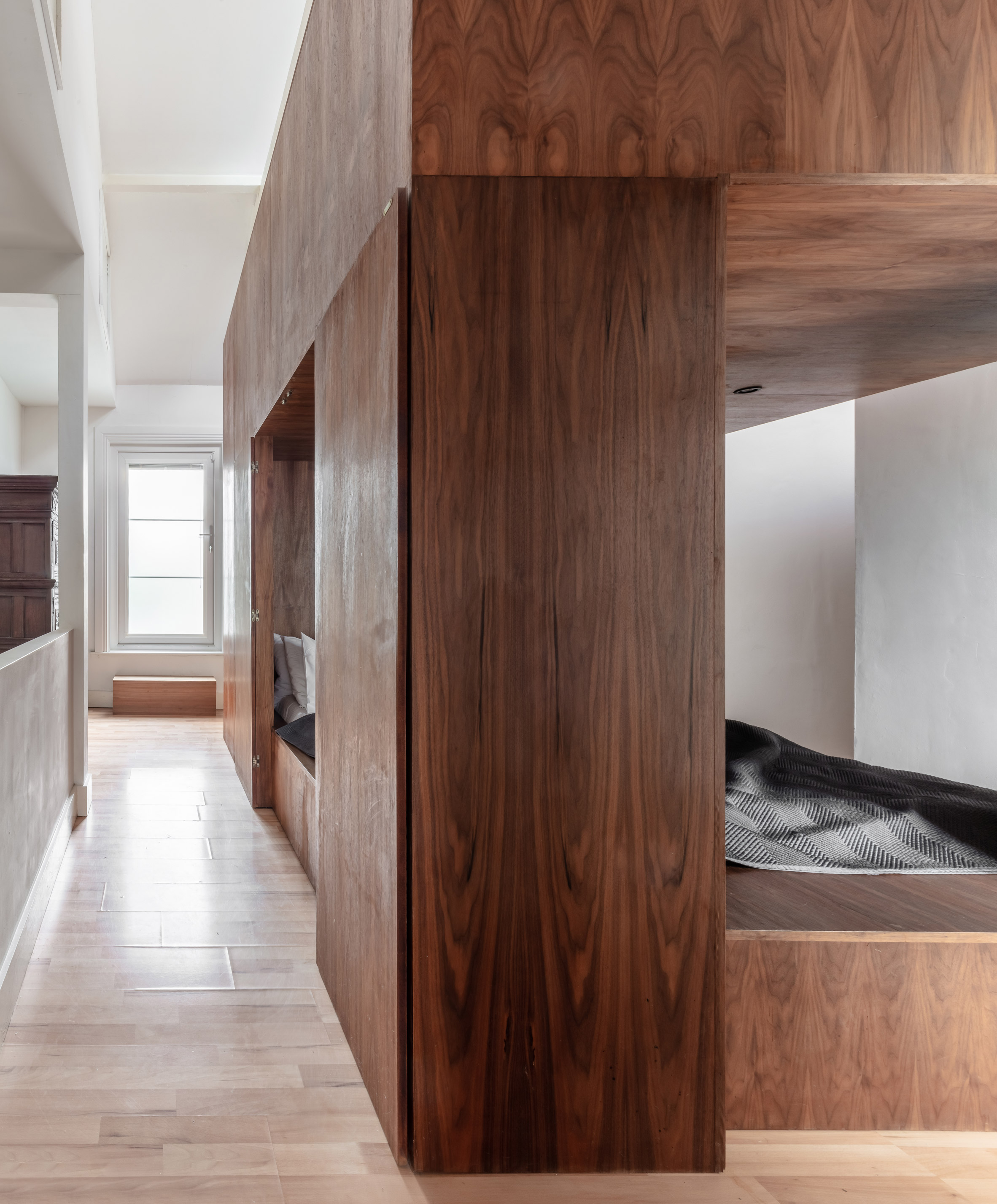 The architects responded with a reimagining of the traditional four-poster bed. Above the large sleeping space is a mezzanine that can be used for reading, exercise and other forms of relaxation. 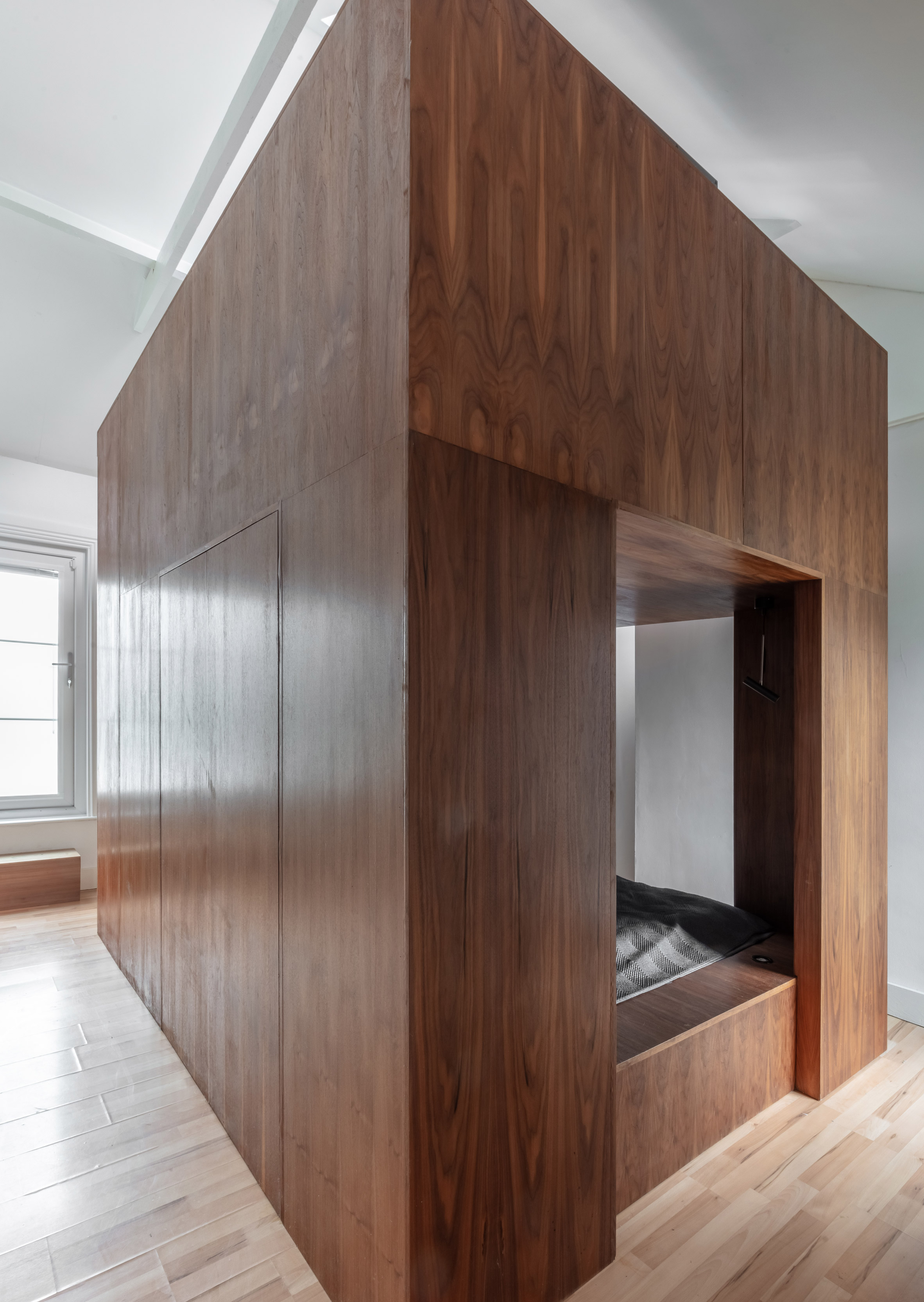 Studio founder Alex Scott Whitby said the project was “unusual and exciting”. He saw it as an opportunity to rethink the typical bedroom layout, where furniture is simply dotted around a room.

“Making space for a contemporary relationship typology was a new challenge for us as a studio to tackle,” he said. 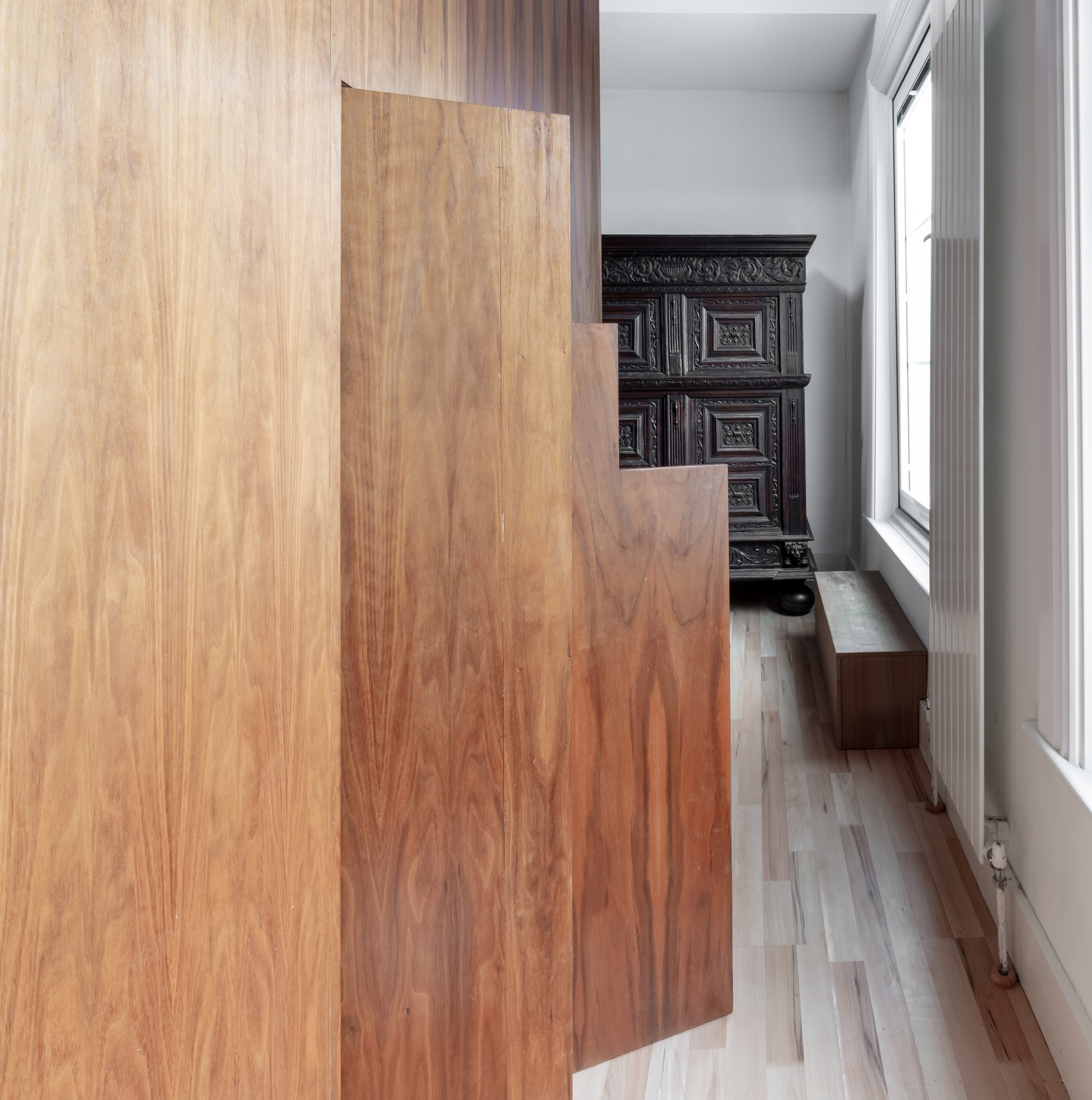 Called The Tri-Pod, the bed structure comprises a huge piece of joinery, crafted from walnut.

Two first-floor rooms, both with high ceilings and tall windows, were combined to make space for it. It sits in the centre, away from the walls, allowing light to reach all parts of the room. 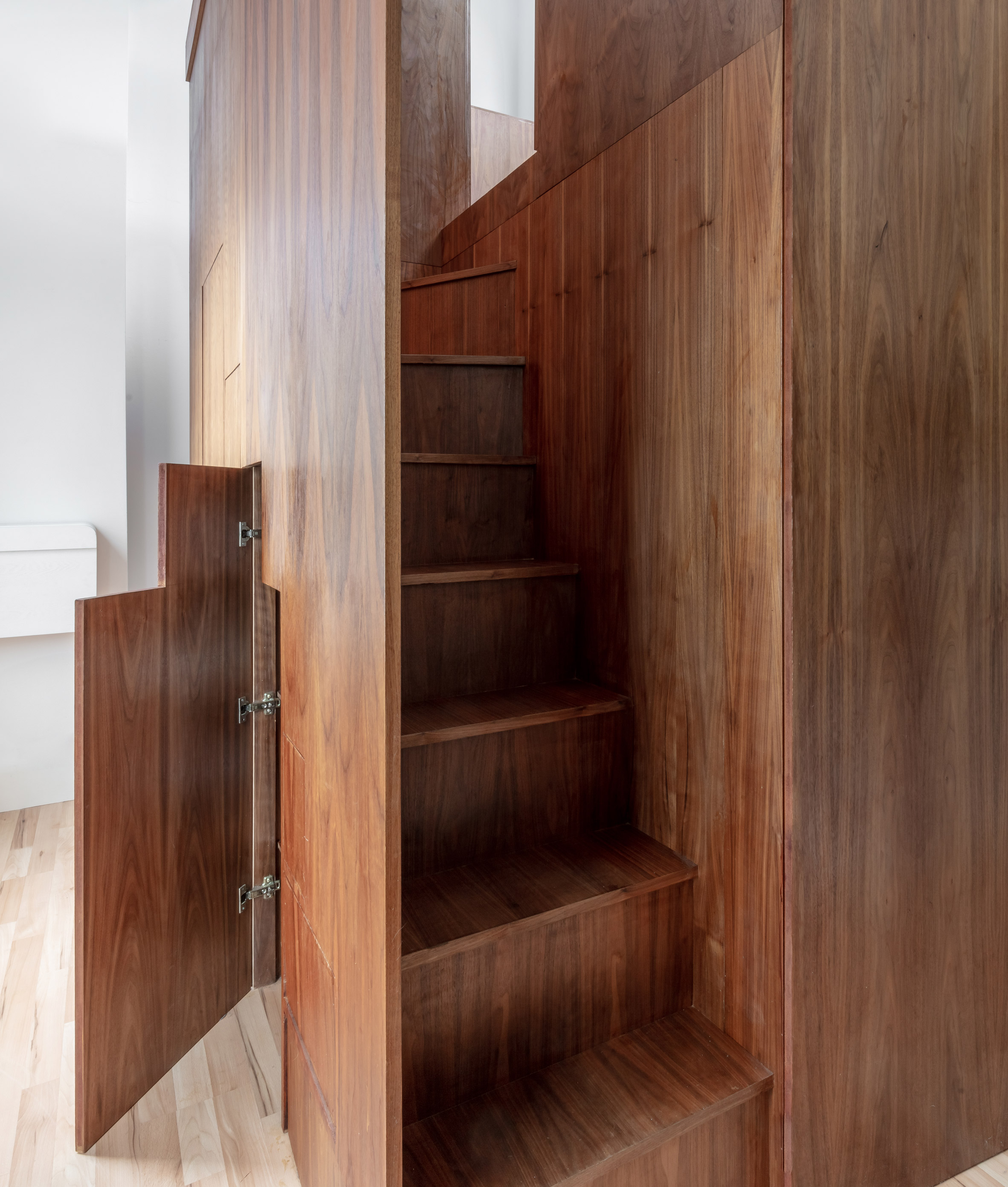 The bed, with a mattress large enough for three, can be opened up or closed off. 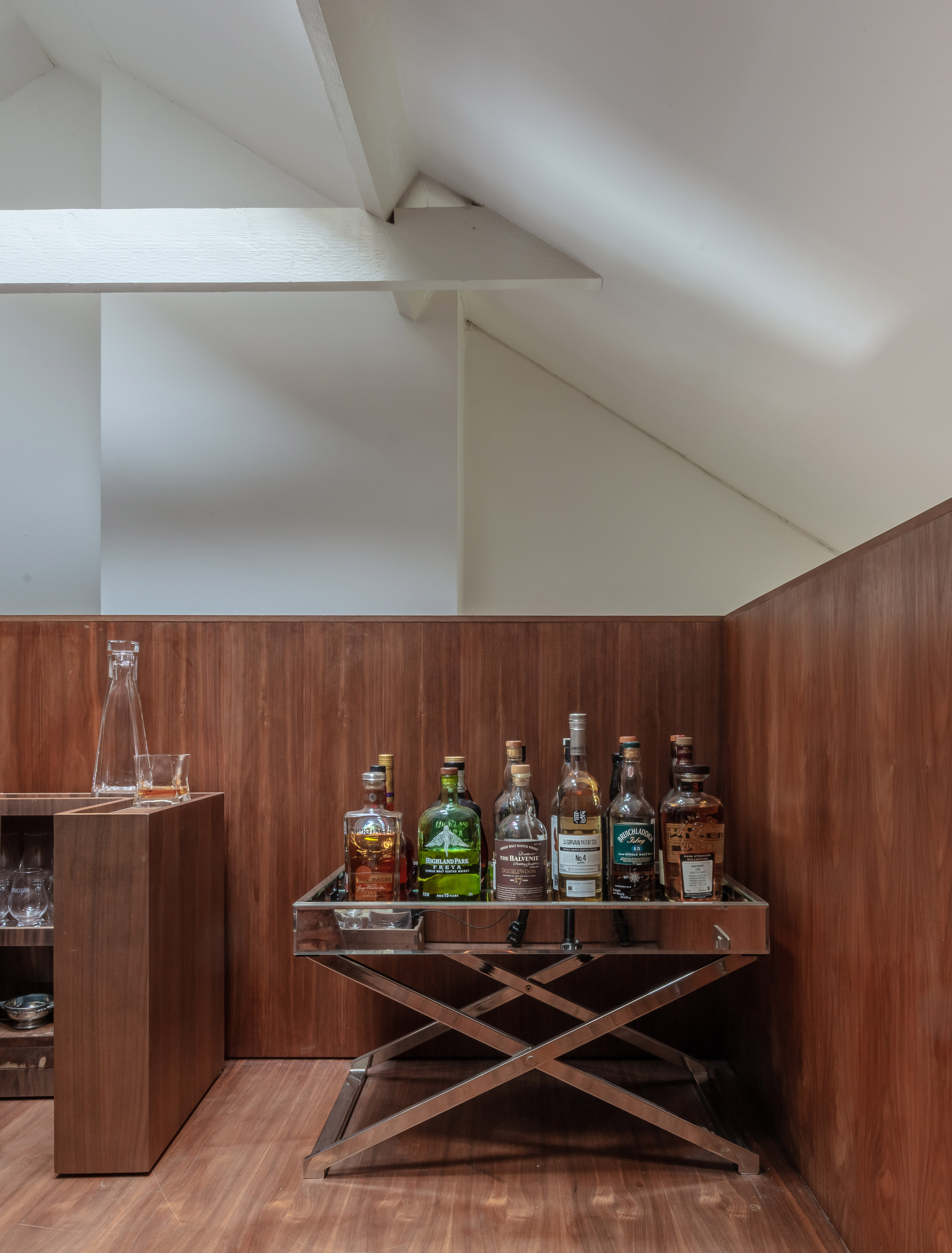 A storage closet is slotted into one side, alongside a staircase that leads to the upper deck. Scott Whitby describes this upper level as “a secret leisure world for whisky tasting, yoga and reading”. 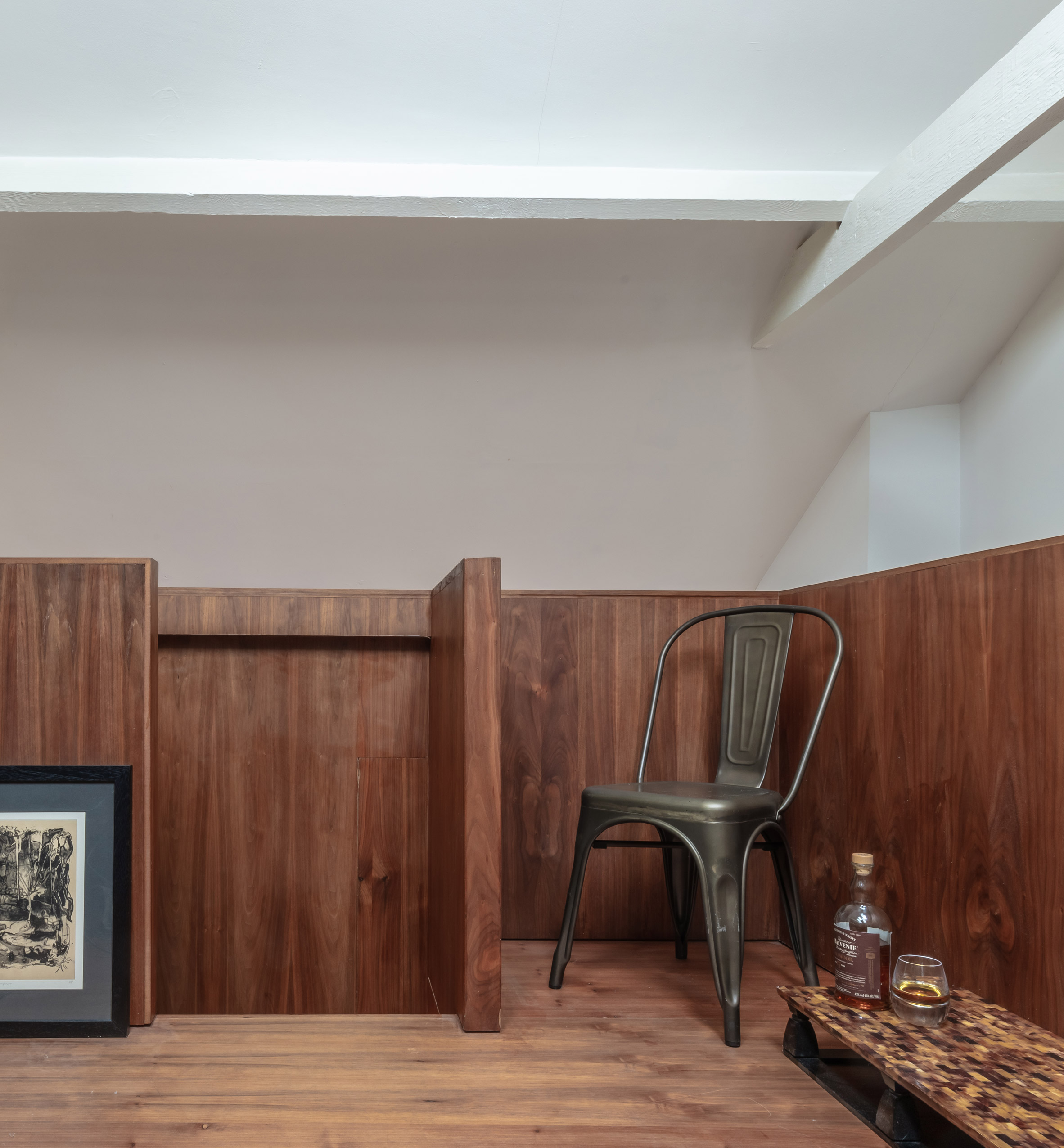 The architect suggests that more of London’s Victorian properties could be reconfigured in this way, creating two rooms on top of one another rather than side by side.

“We are delighted that our client loves their quirky, practical, exotic bed and that we have been able to help them live in a space that fulfils their needs and requirements in an innovative and transformational way,” he said. 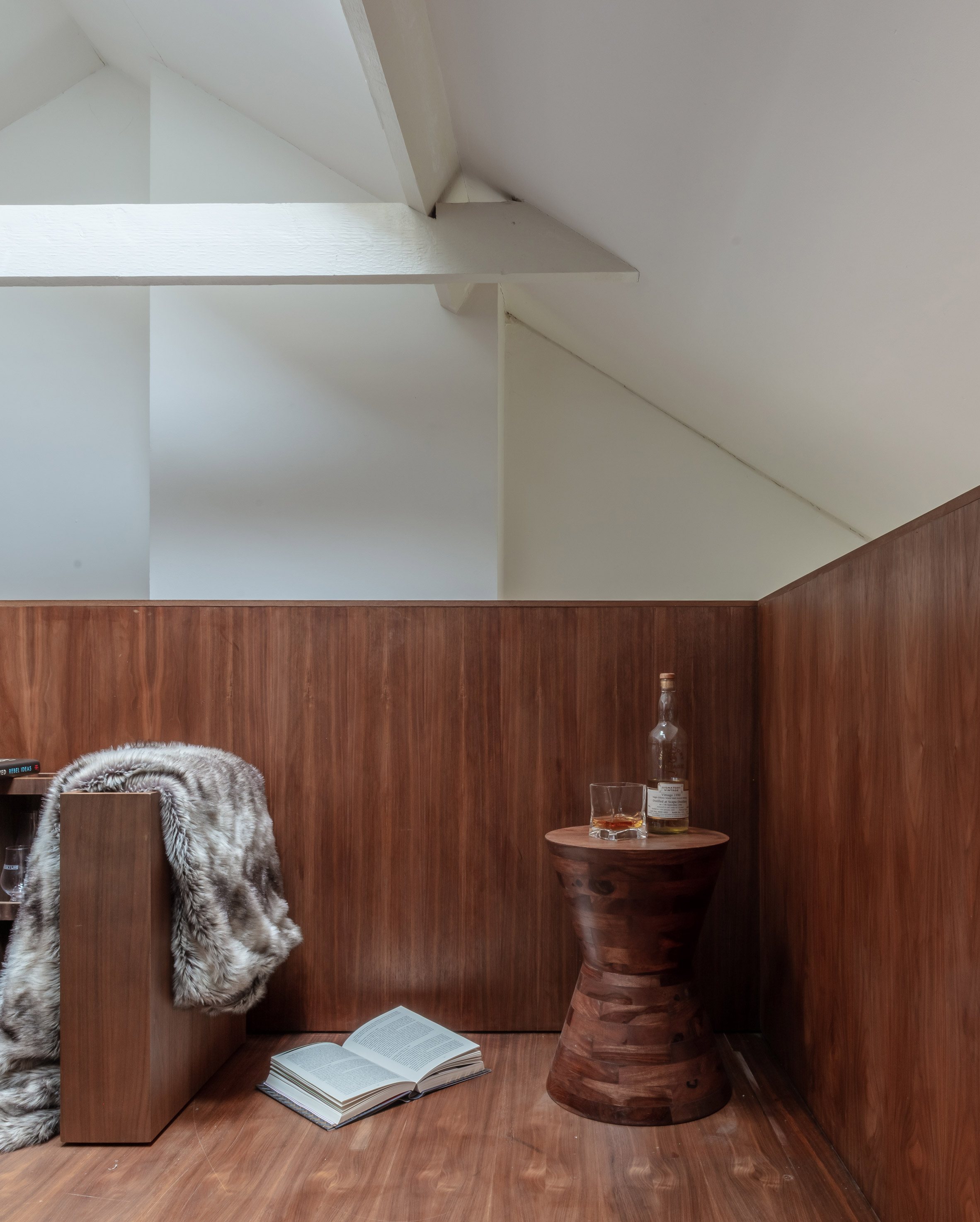 Other projects completed by Scott Whitby Studio include a pop-up cinema in a shipping container. It is currently working on a renovation of an art-deco sea pool in Cornwall.