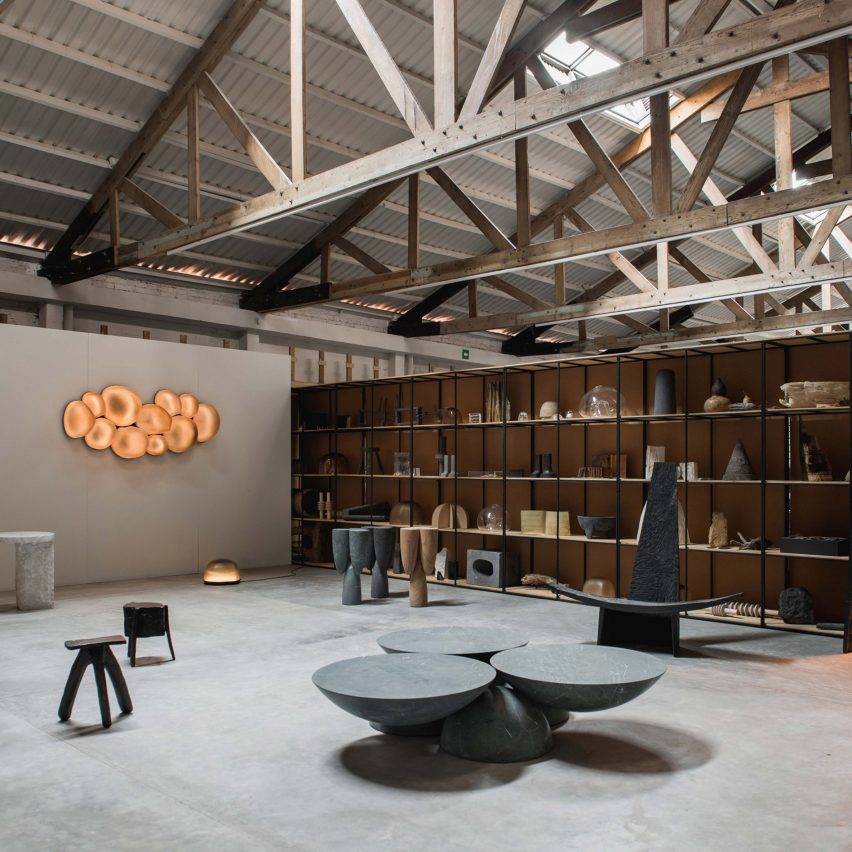 EWE Studio has opened its Mexico City showroom inside a former dance hall from the 1950s, filled with fixtures and furniture by the local design studio.

The showroom is located in Roma Norte, a charming neighbourhood with quiet streets, gardens, cafes and vintage shops. 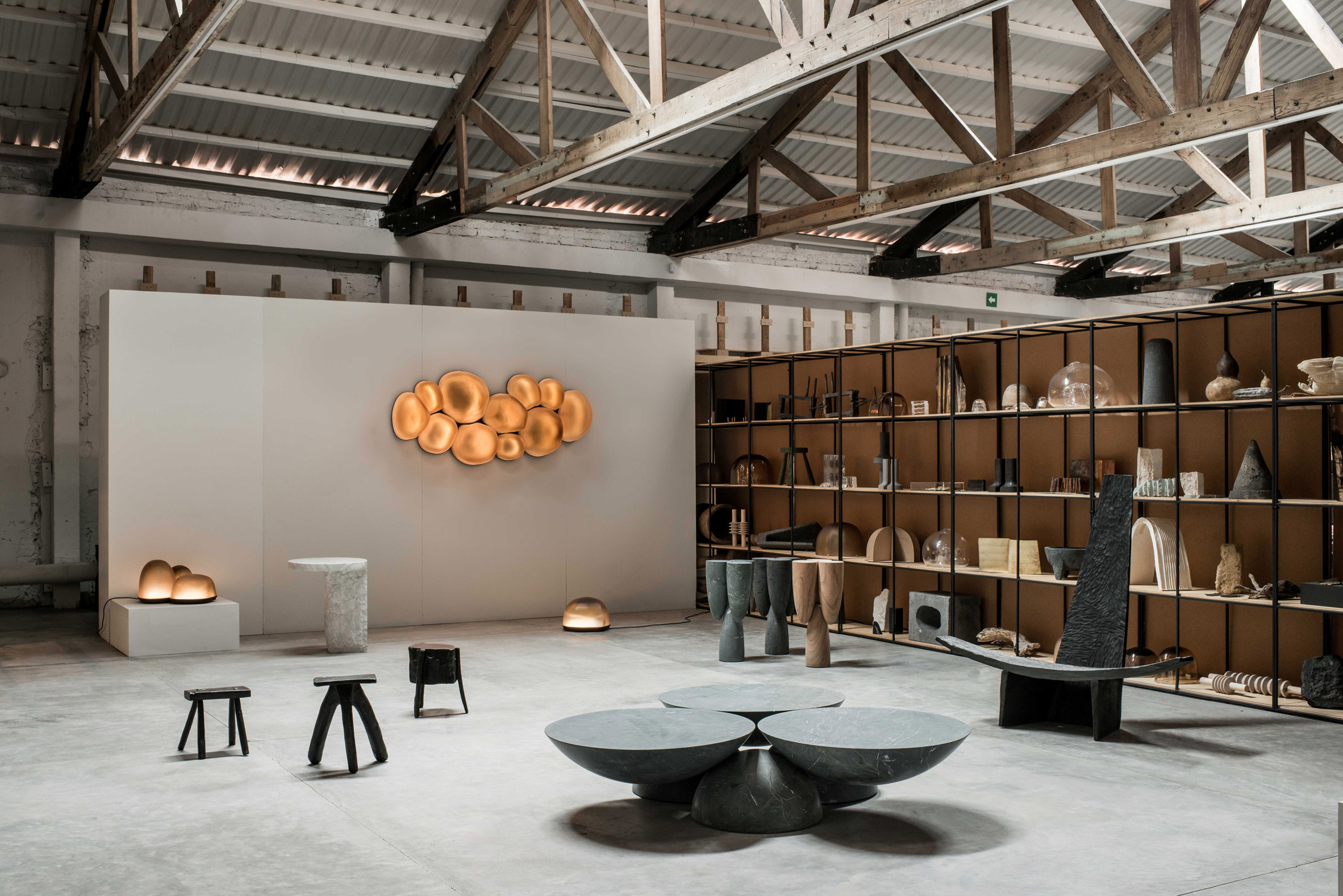 It occupies an old dance hall, one of a number built in Mexico City since the 1930s. 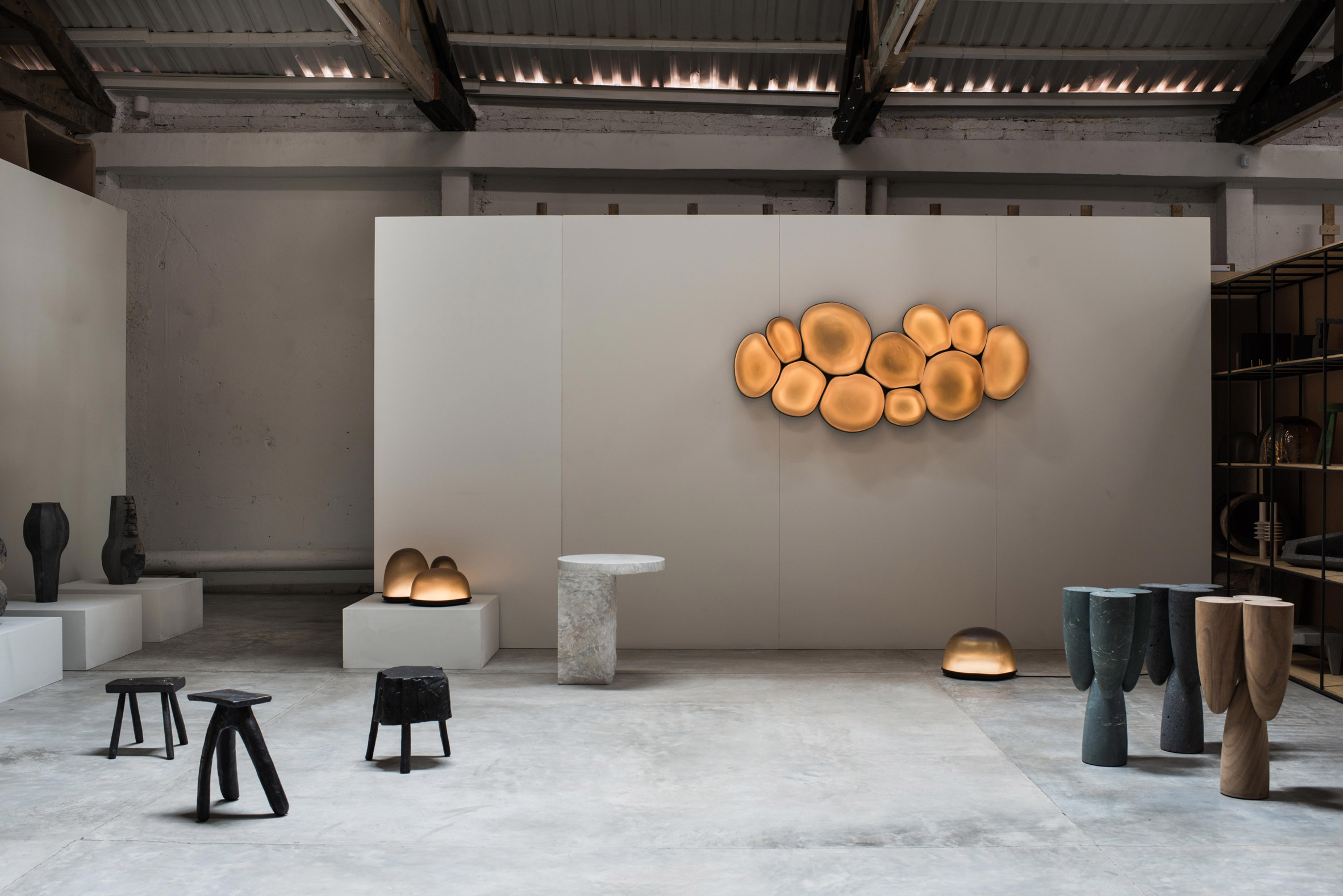 EWE Studio’s showroom and salesroom occupies 400 square metres, while the remaining area is a workspace for Esrawe Studio.

As part of the renovation, the team stripped back the interiors to expose its structure and added in a skylight to bring in natural light. 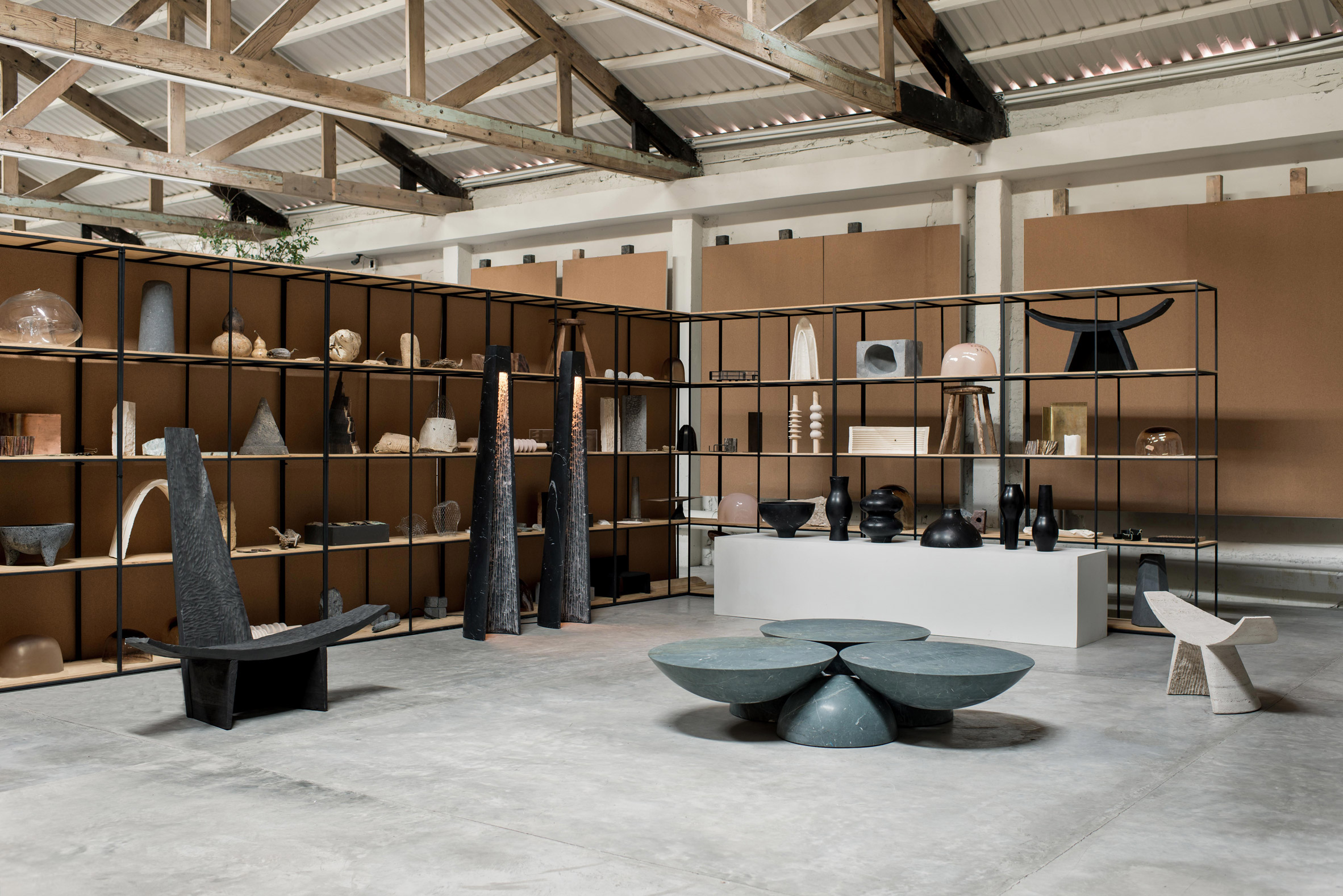 The gable wood construction was discovered accidentally, from ripping out the existing low ceiling of the former dance hall.

The result is a warehouse-like space with a white metal covering, wooden beams and concrete floors. It provides a blank slate for displaying EWE Studio’s work, alongside natural materials and case studies.

Products, such as the bronze Memoria Stools and black stone Rito Vessels and items from last year’s Sincretismo collection,  are scattered across the floor or raised on podiums.

A bulbous Golden Magma Wall lamp is shown on a free-standing white wall, while a long shelf acts as a partition and display case for designs including experimental projects and material samples. 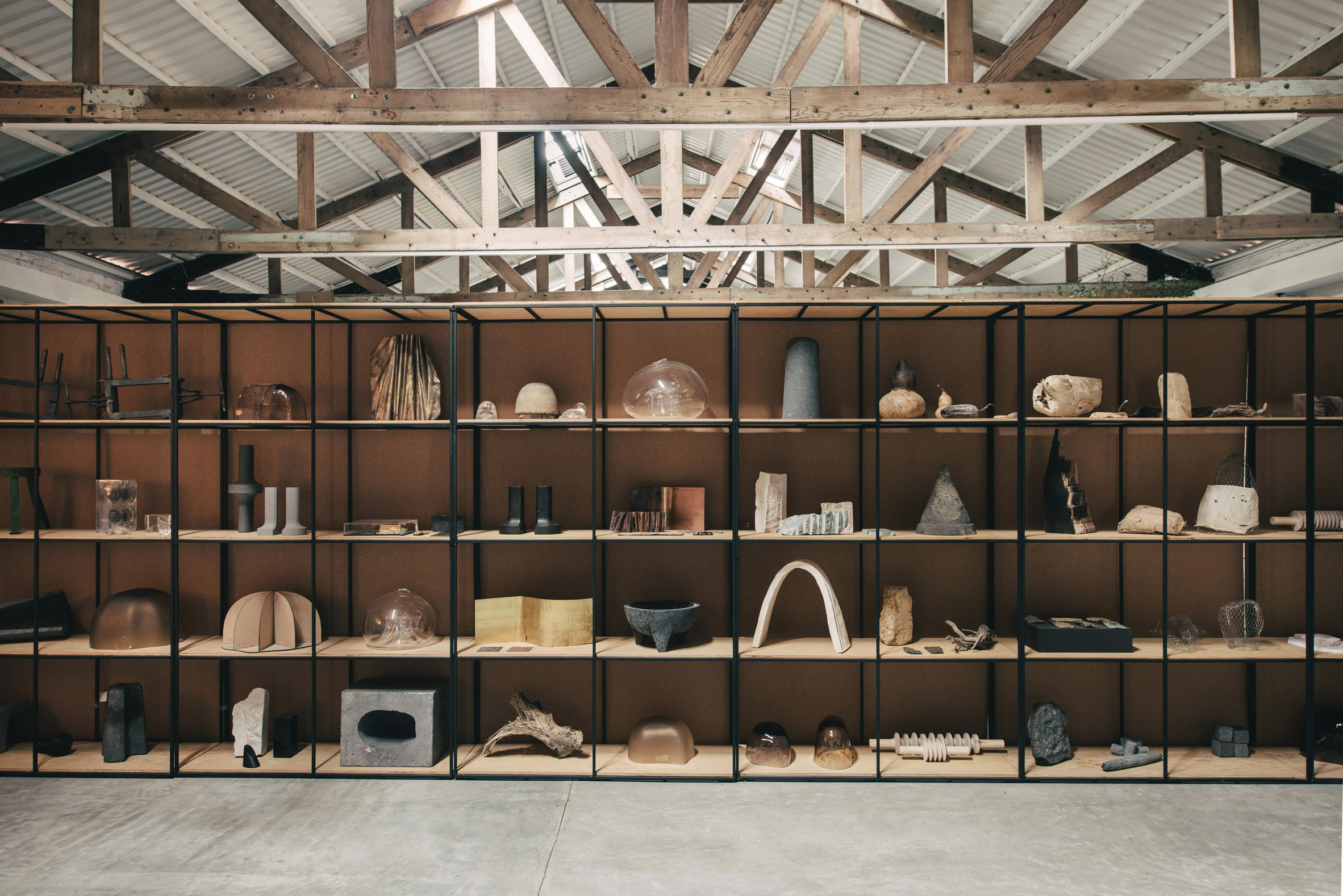 Samples of Marbles, stones and woods, as well as tools and moulds, are also featured in the space. 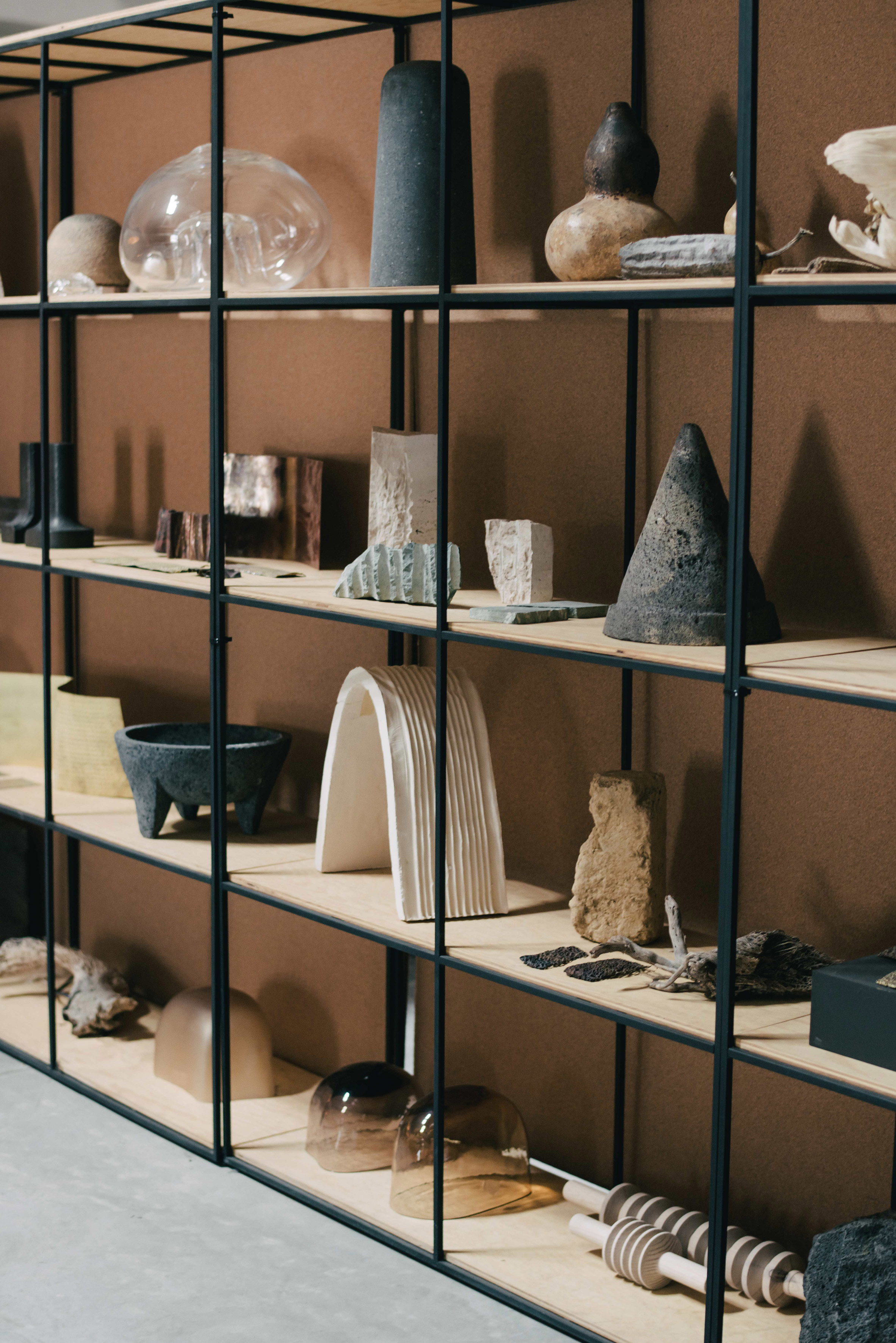 The studio is dedicated to preserving Mexico’s rich craftsmanship through the advancement of new techniques, forms and materials. 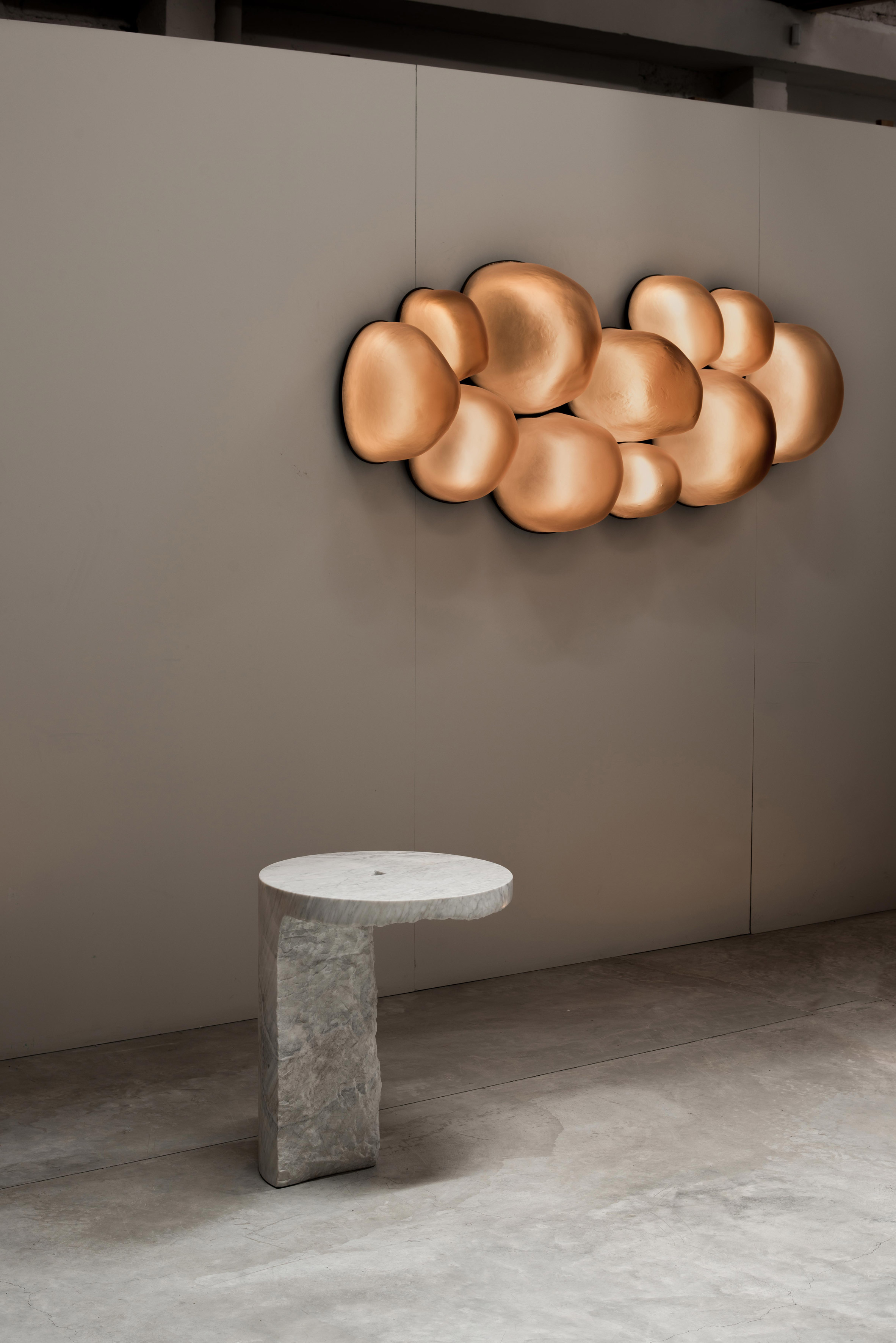 Several of the products in the showroom are made in collaboration with local glass factory Nouvel Studio and ceramic shop Cerámica Suro, as well as other local workshops.

Prior to this space, the studio did not have a formal home to display its work. It has, instead, presented its work in a number of large-scale exhibitions, such as Masa Crítica in an old coin factory in the city.

Photography is by Genevieve Lutkin.