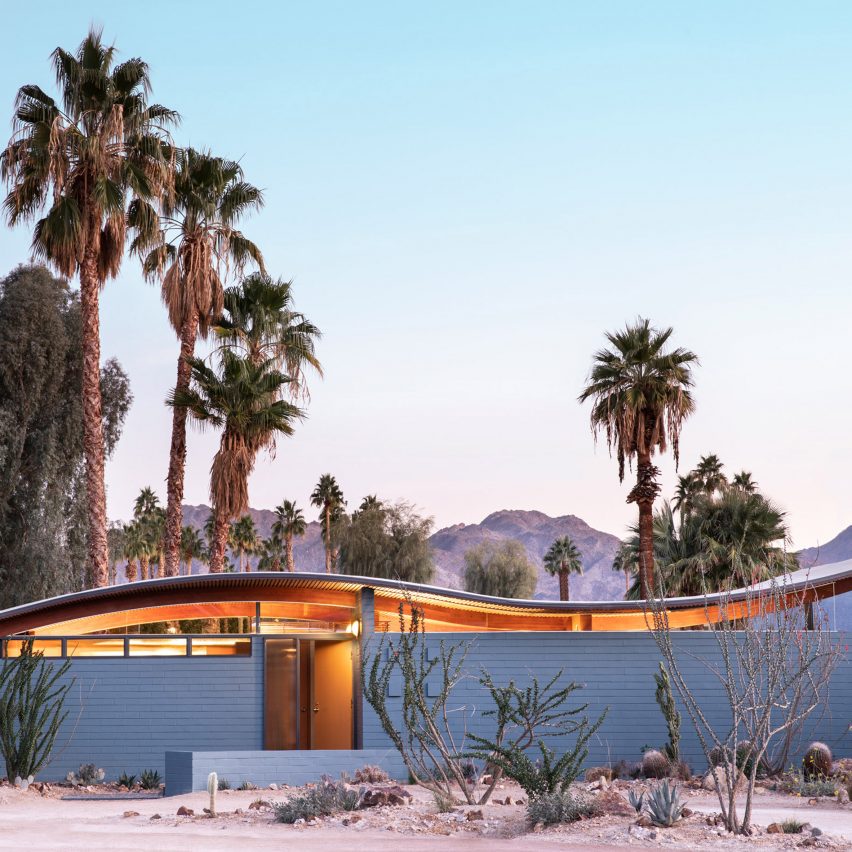 The dwelling was completed in 1955 for artist Miles C Bates and is named Wave House after its roofline.

White, who patented the design of the structure, created the curvilinear design from hundreds of wooden dowels with concave elements that are lined up closely together. Clerestory windows are then placed between the swooping roof and the exterior walls. 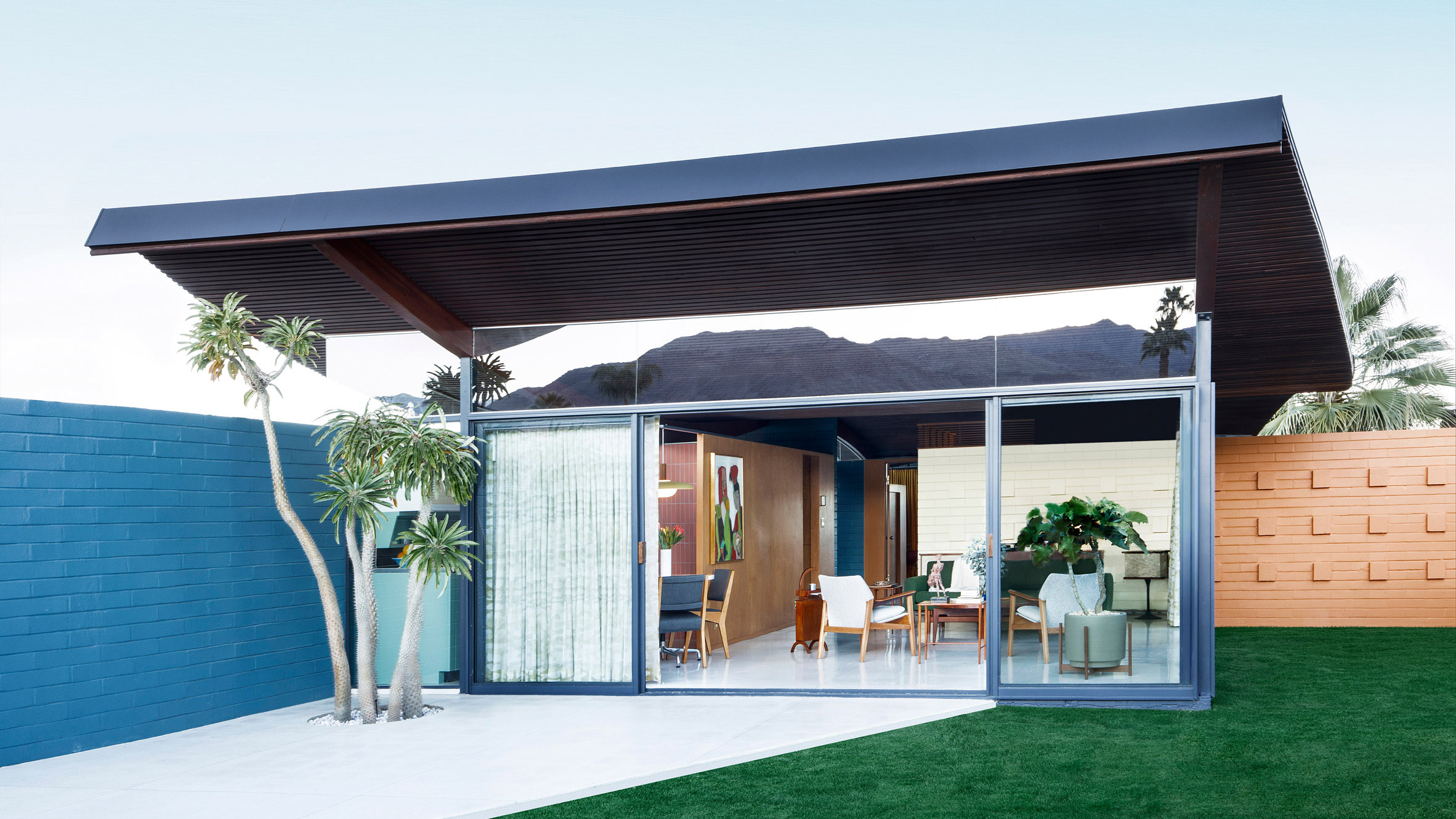 After being vacant for several years, Stayner Architects bought the one-bedroom house from the City of Palm Desert for $360,000 (£279,585) in a public auction during the Palm Spring Modernism Week in 2018.

The practice committed to restoring the property to its former glory, after a series of owners and changes to the original design left the historic home dramatically altered. 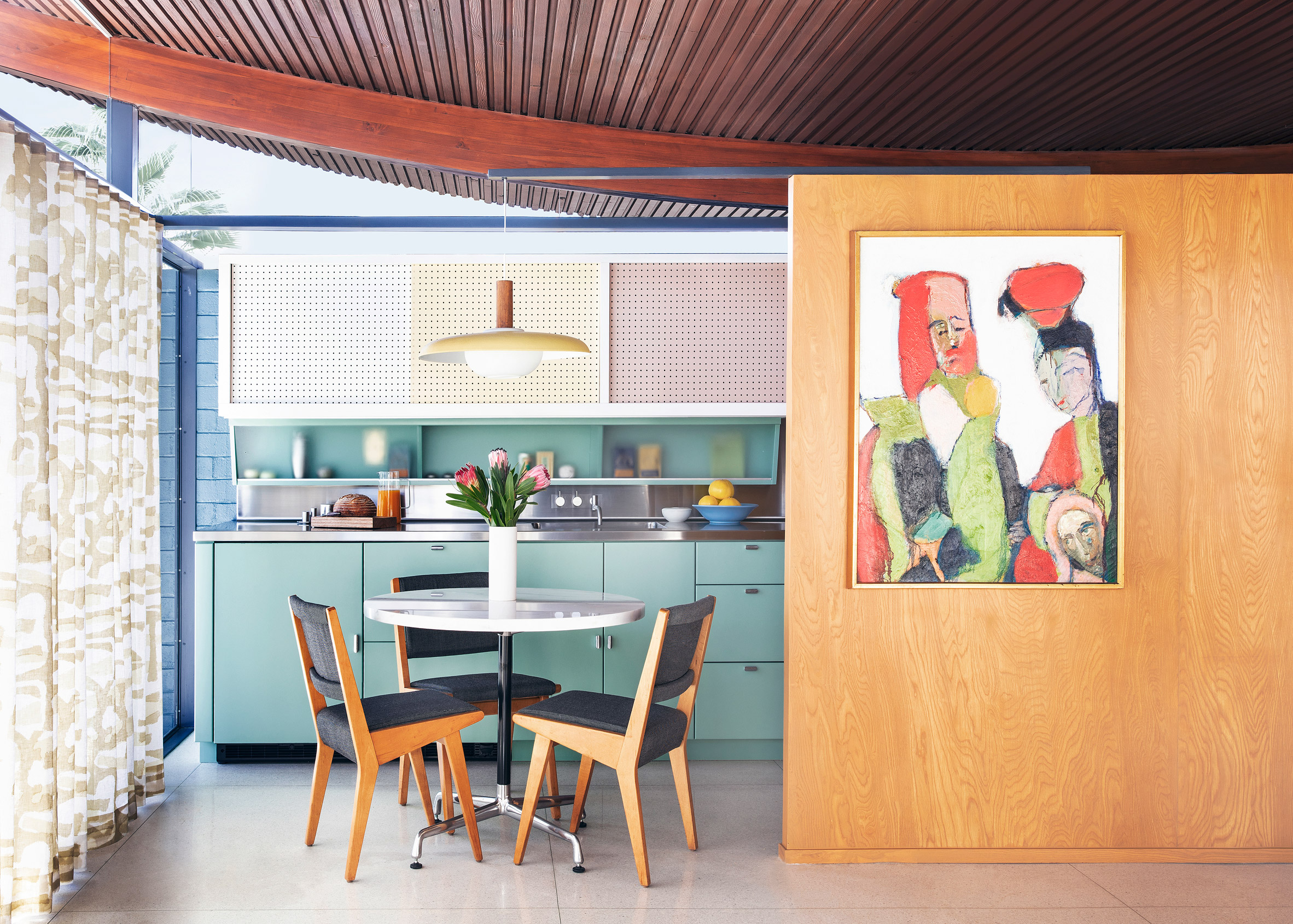 “Preservation is a way to honour the original design as well as the life the house has seen throughout its 64 years,” said Stayner Architects.

“It’s about allowing the house to exist across multiple time periods rather than making it an archive of the past. The Wave House is not so much a time capsule as it is a timeless space.” 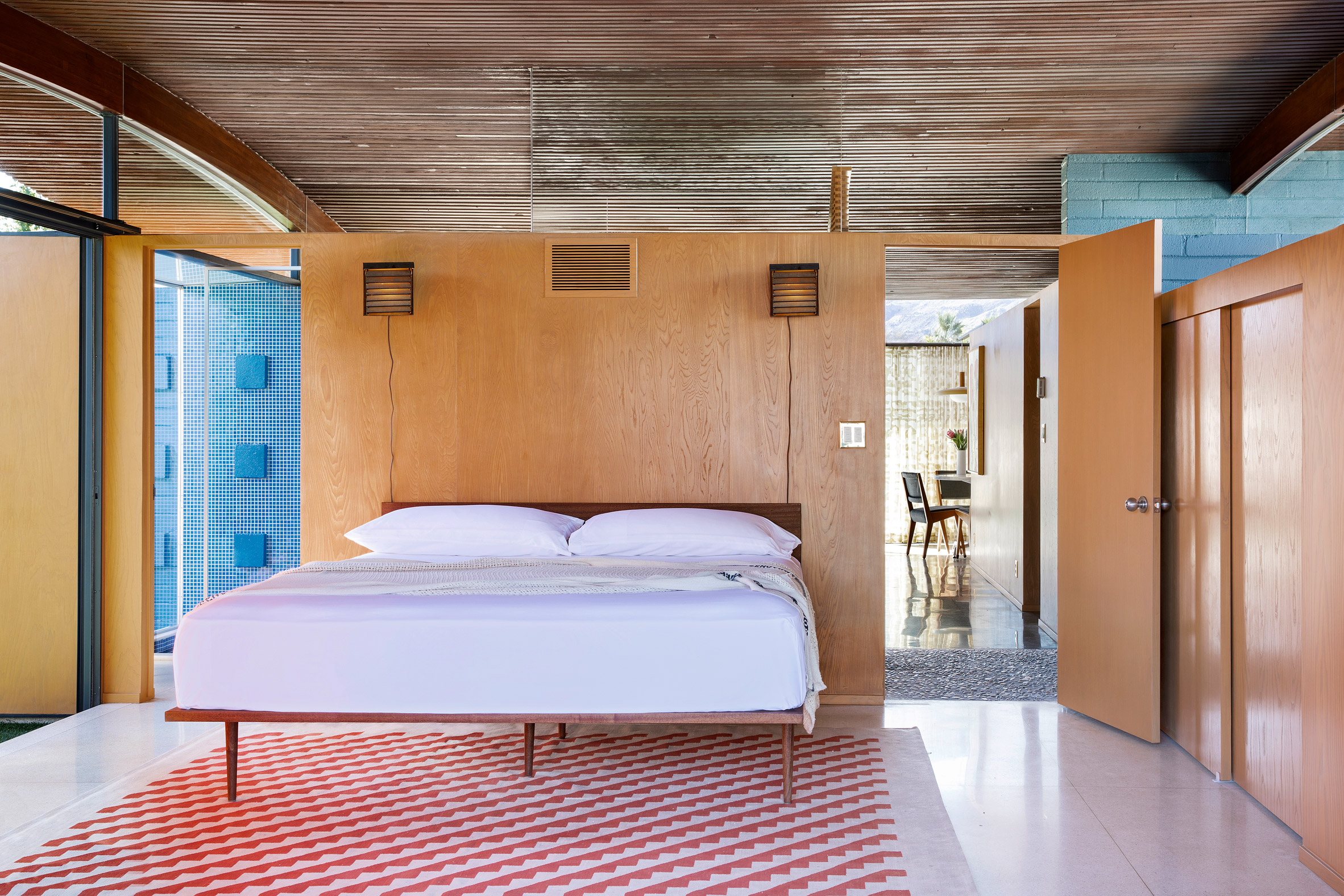 In order to make the home reflect how it was when it was first built, Stayner Architects referenced archival materials of the design held at the University of California Santa Barbara.

Colour drawings of the project show its exterior was originally blue, which the studio implemented in the restoration. Stayner Architects also removed layers of drywall and paint inside that masked the original wood panelling.

“Any portion of the original house that could be repaired was restored,” the studio said. “Any original materials that were removed were put to use elsewhere in the home.” 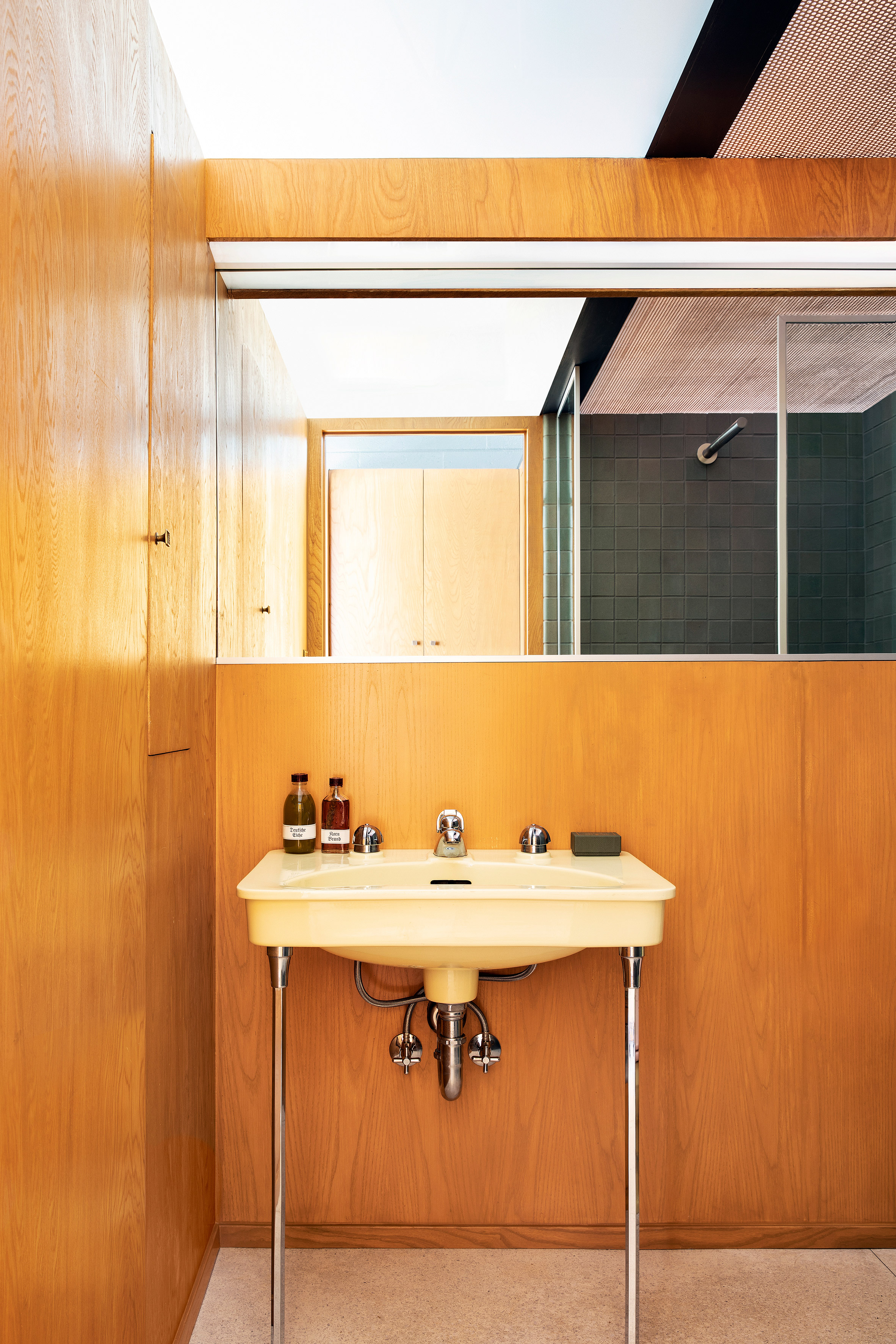 Other features that were brought back include pale blue cabinets and a round dining table in the kitchen.

Textiles by Tibor and Kvadrat also feature alongside mid-century Scandinavian furniture, vintage cookware and LIFE Magazines, vinyl record albums that are added to evoke the home’s past.

Improvements were made to the property such as adding air conditioning and insulation. New steel windows and doors were also added, but are designed to be reflective of the original aesthetic.

Stayner Architect has plans to build a development called Desert Wave nearby, as part of Wave House, which will include a boutique hotel and is expected to complete next year. 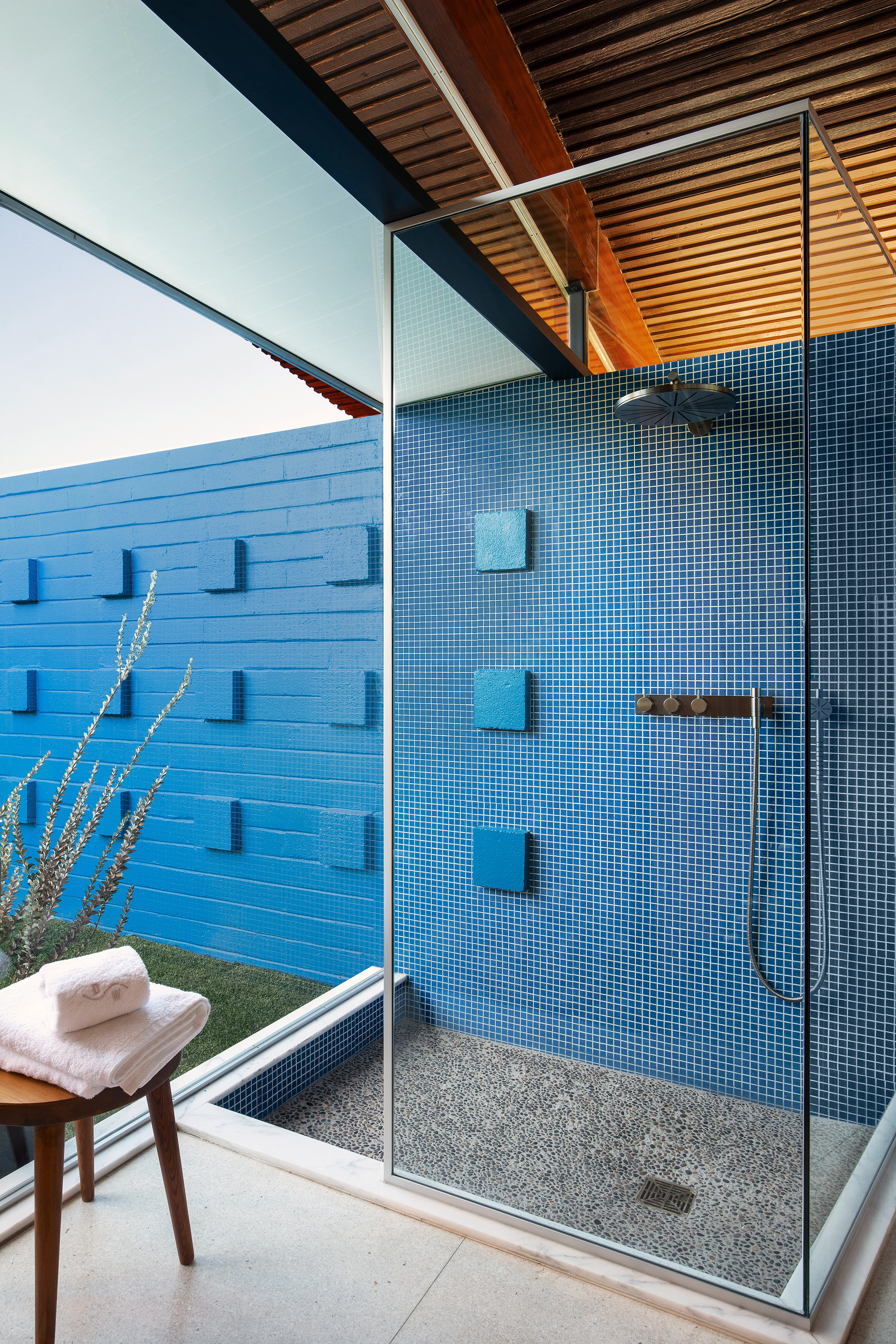 “Good architecture stands the test of time,” said the studio. “We foresee the Wave House becoming a destination for fans of the midcentury, but also a space for cultural discourse and exploration.

“We want it to be a place that people will enjoy for years to come.” 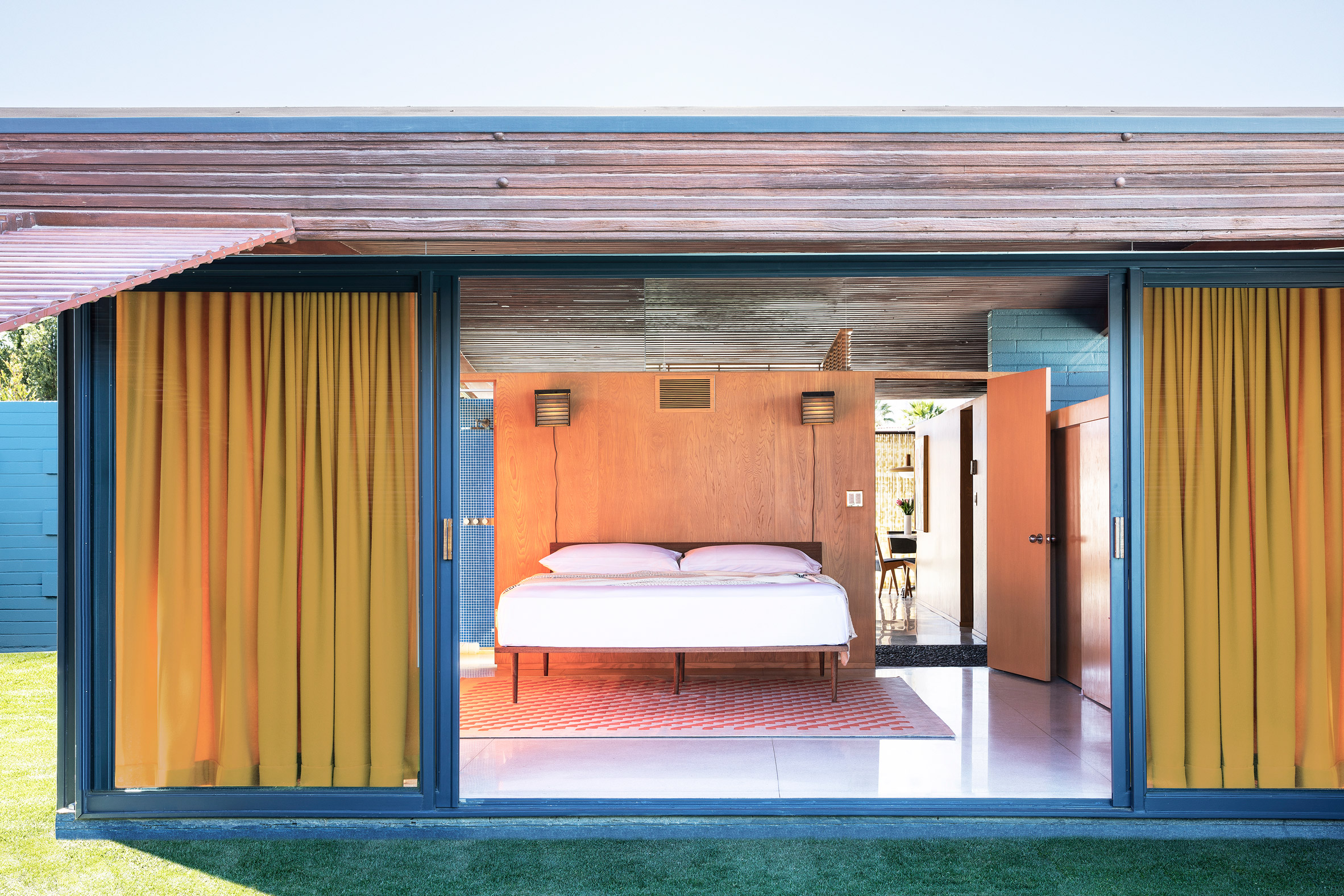 The 900-square-foot (83-square-metre) Wave House will also be added to the US National Register of Historic Places.

White, who died aged 85 in 2002, completed a number of properties in the modernist style in California. These include The Alexander House in Palms Springs, designed for psychoanalyst Franz Alexander, which was also listed in 2016. 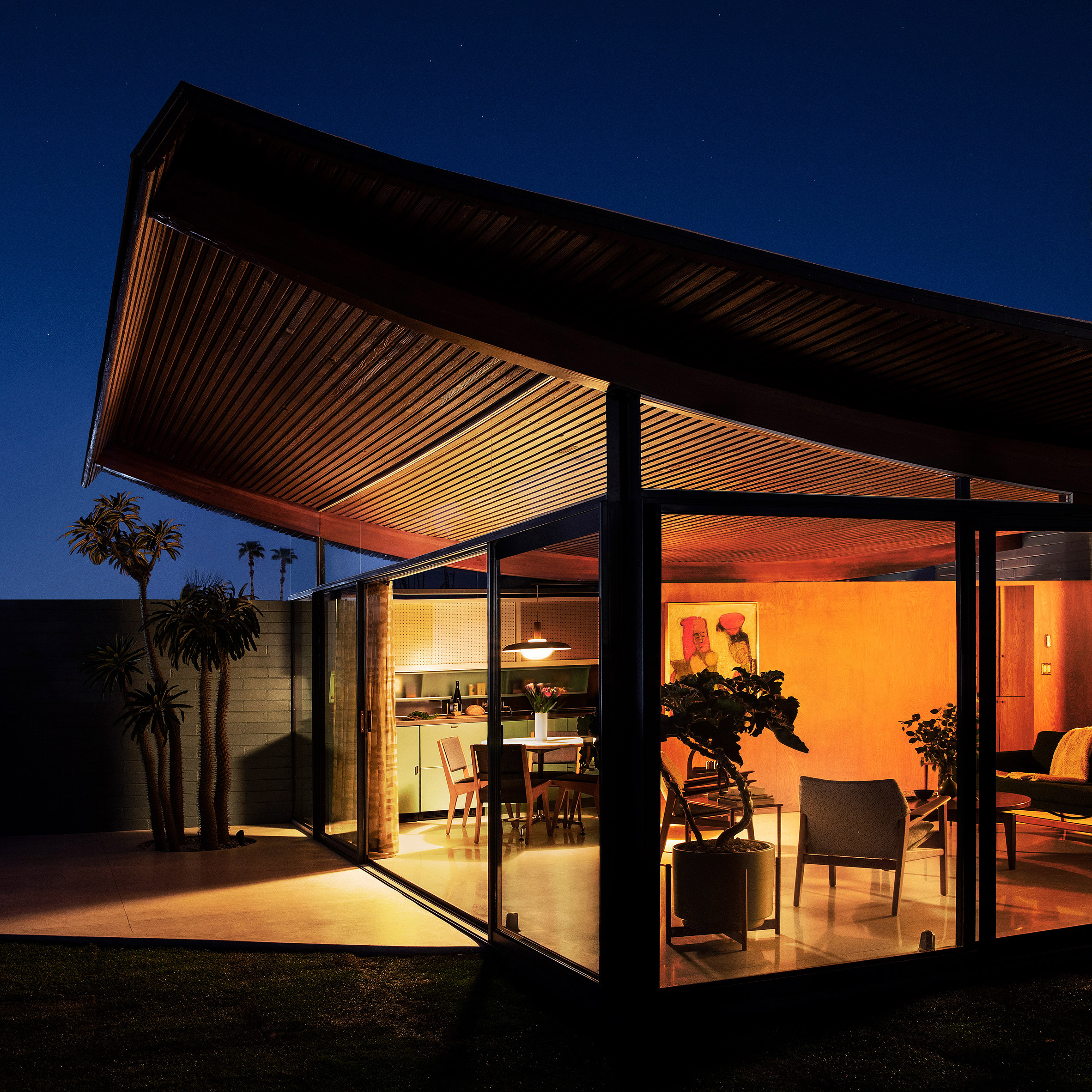 Wave House is open for tours during this year’s Palm Springs Modernism Week, which runs from 13 to 23 February, and will also be available for rent and artist residencies in the future.

“We are so pleased to give the Wave House back to the public,” said Christian Stayner of Stayner Architects. “For us, historic preservation is not about ‘turning back the clock’.”

Other modernist houses in California that have recently been restored are the Eames’ home in Pacific Palisades, an Eichler dwelling in Silicon Valley and Manola Court apartment complex in Los Angeles by Rudolph Schindler.

Photography is by Tim Hirschmann.