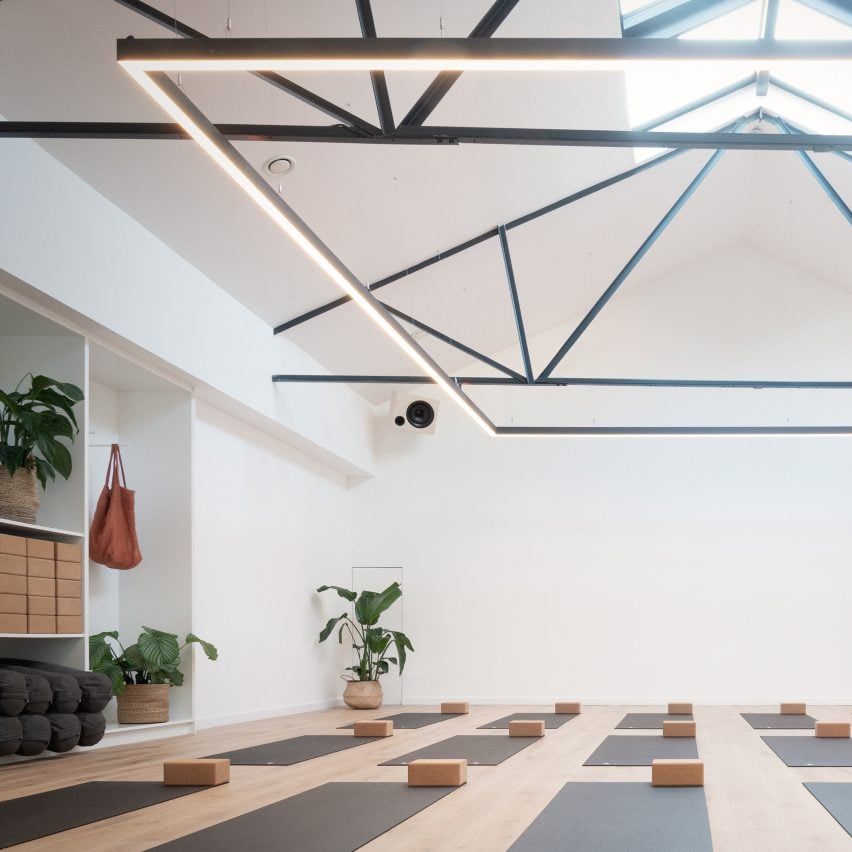 Located beside the waters of Dublin’s Silicon Docks, The Space Between includes two yoga studios, a tea shop, and hosts a roster of events throughout the week. 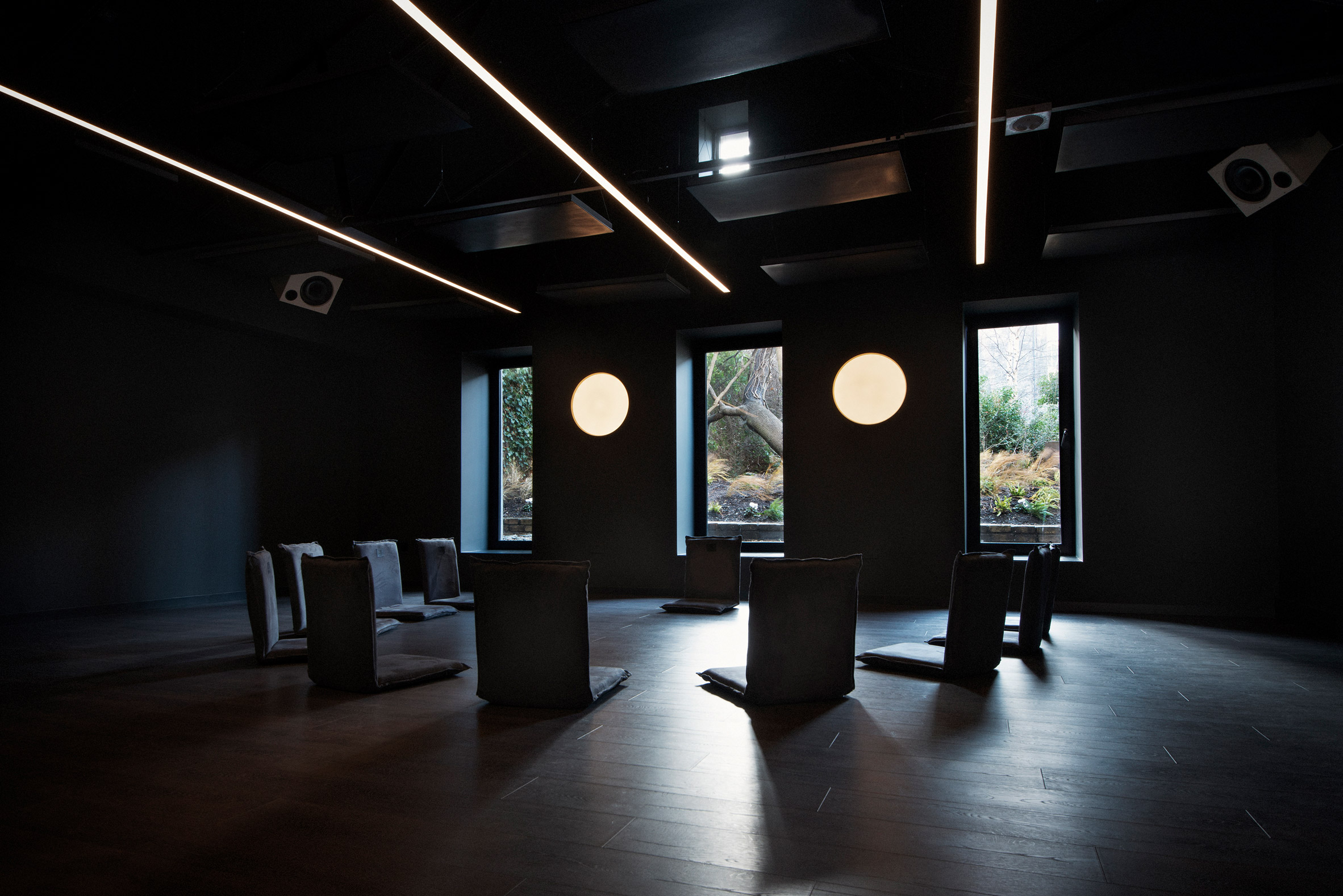 When it came to developing its interiors, multidisciplinary studio Jordan Ralph Design aimed to create a “secular yet spiritually engaging” space that would draw in both yoga aficionados and those visiting for the talks, workshops or film screenings.

The studio was loosely inspired by shavasana – a pose typically done at the end of yoga session to relax participants, who must lie flat on their backs with arms and legs spread to the side. 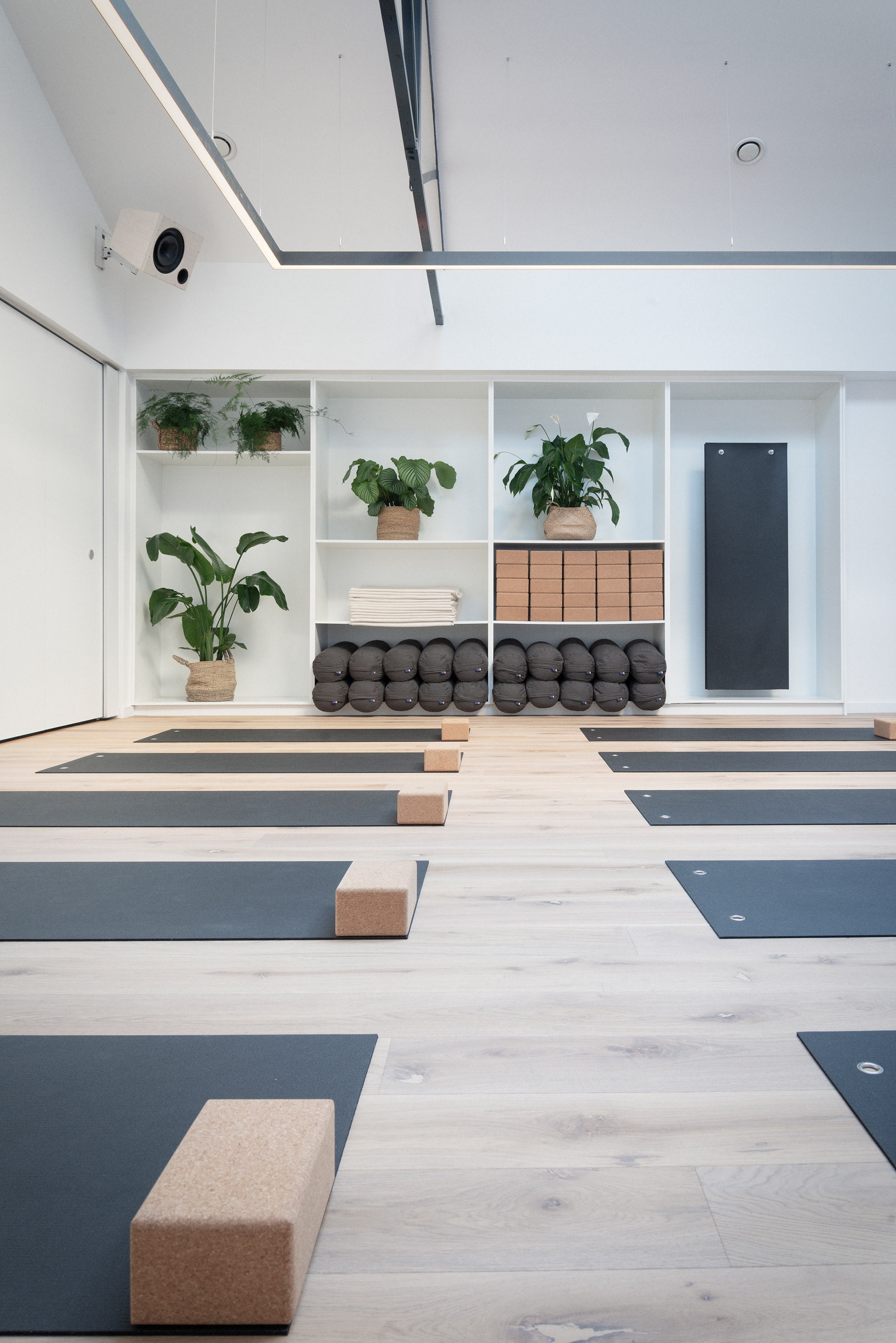 “I wanted the space to resonate with shavasana, and give a person a sense of calmness and grounding through the visual and physical elements in the space,” said the studio’s eponymous founder.

“In the digital age, beautiful, honest, well-designed spaces are more important than ever.” 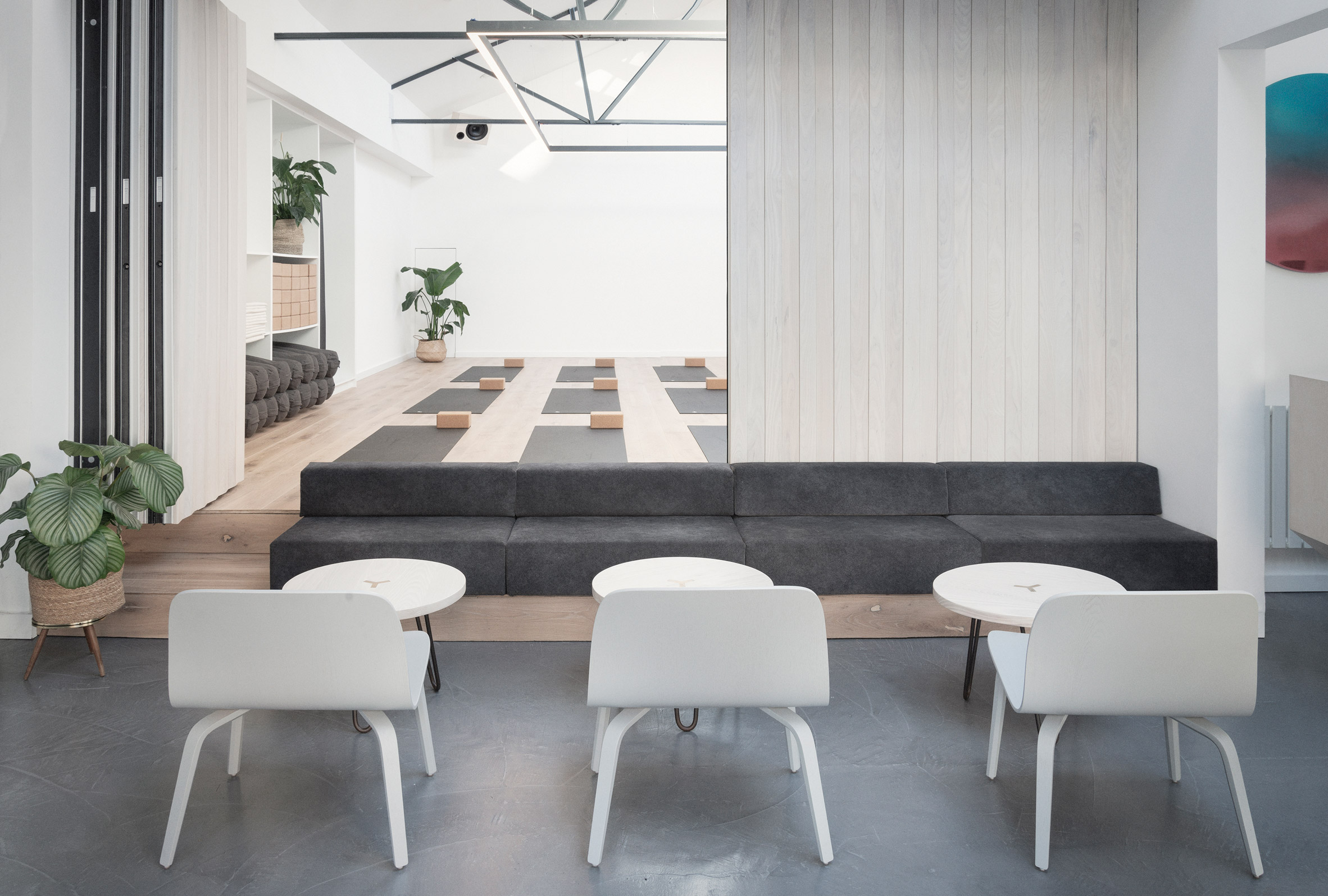 One of the studios, named Now, has therefore been finished with anthracite-coated surfaces and black wooden floors to foster a cosy, cocoon-like ambience.

This space will be specifically dedicated to hot yoga and meditation sessions. 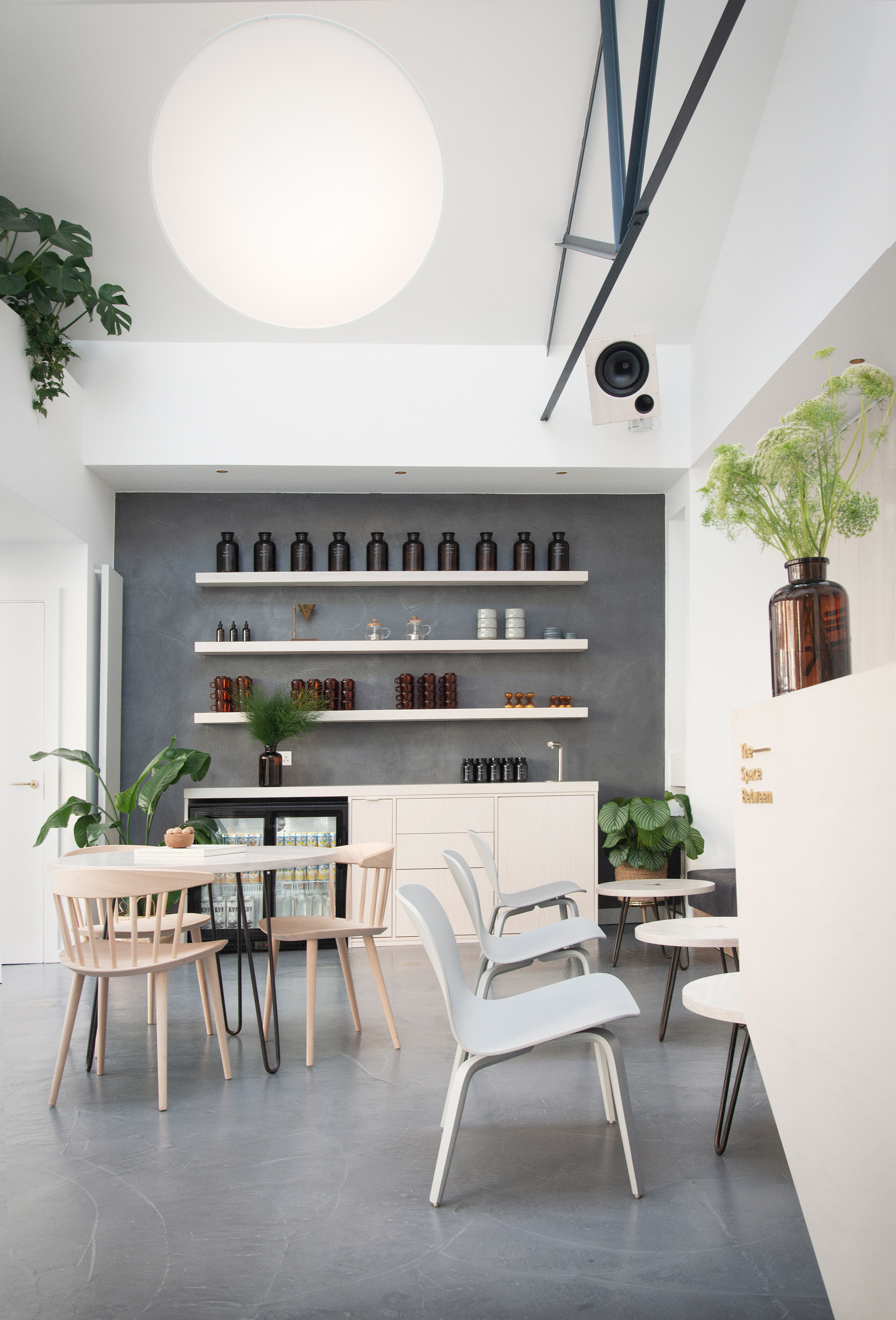 The other studio, named Here, has been completed with calming white walls, inbuilt with gridded shelves that display potted plants and store yoga equipment.

Pale oak floorboards run throughout, while huge skylights have been punctuated in the gabled ceiling to keep the space filled with natural light. 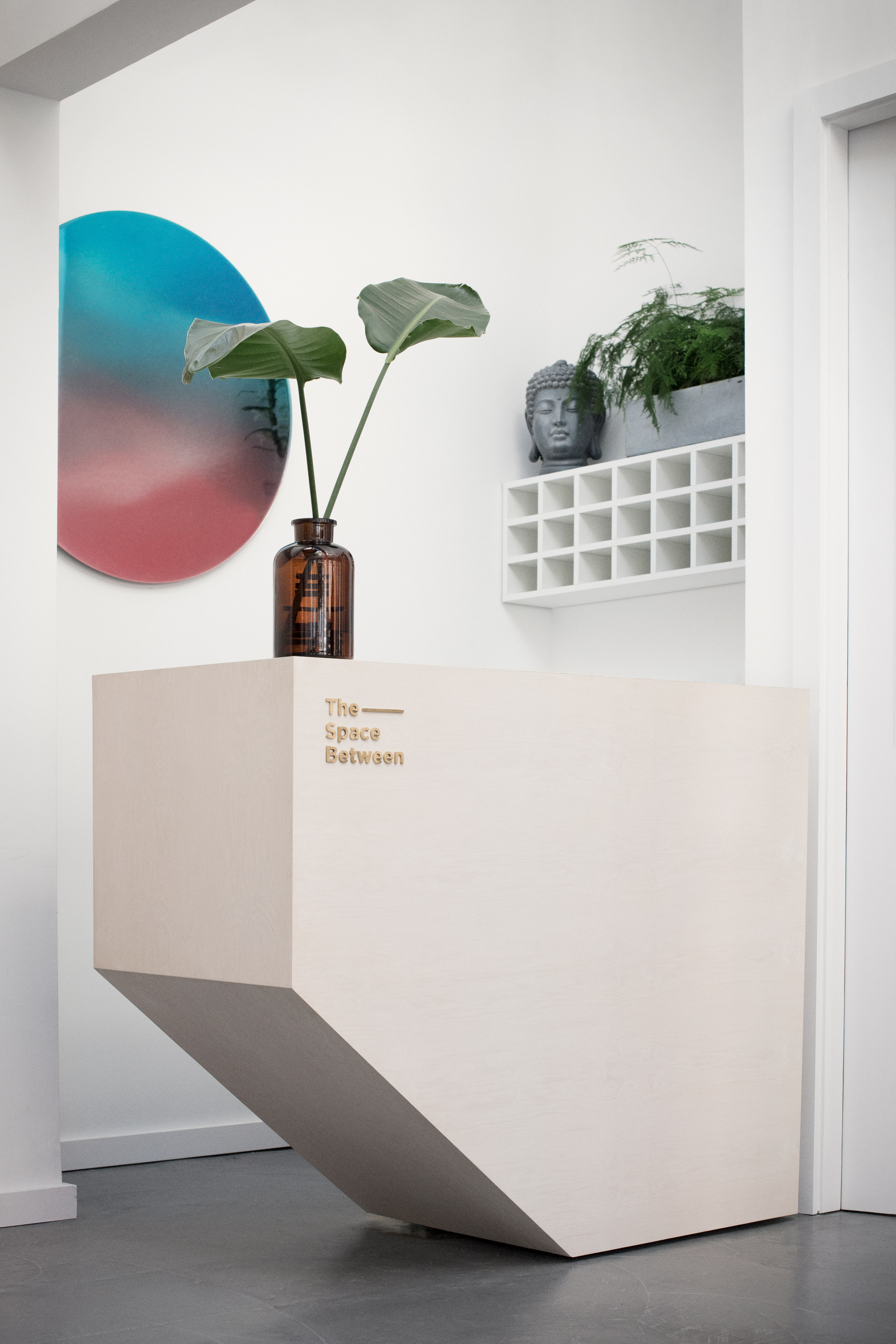 Concertina doors that run along the periphery of the room can be pushed back to open up the space to the teashop, which features cloudy grey walls and slate-coloured bench seating.

The teashop sits directly next to the studio’s reception area. It’s anchored by an angled ashwood counter and features a circular ombre mirror created by Dutch artist Tjimke De Boer, which fades from blue to deep pink.

“The idea was for it to represent a portal into the space between,” explained Ralph of the mirror choice. 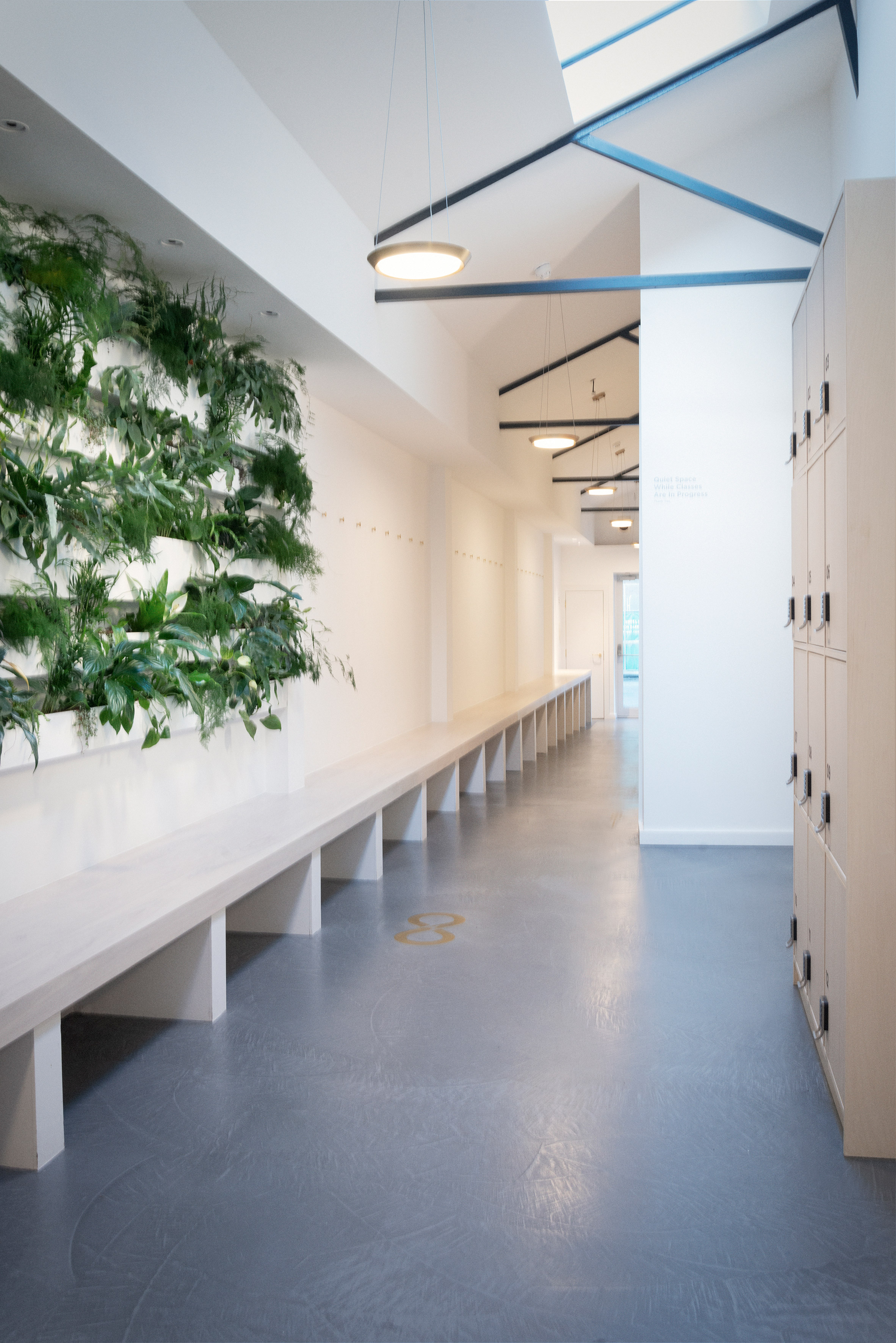 Changing facilities are accessed via a corridor that’s inbuilt with a 24-metre-long bench, a feature that the studio likens to a “backbone”.

A “vertical garden” has also been created on the wall, composed of a series of greenery-filled planters.

Other design-focused yoga studios include Warrior One, which design studio Golden completed with a sisal-covered ceiling, woven-grass partitions and earth-toned furnishings.

Photography is by Agata Stoinska.

The post Jordan Ralph Design looks to yoga poses for the design of Dublin's The Space Between appeared first on Dezeen.