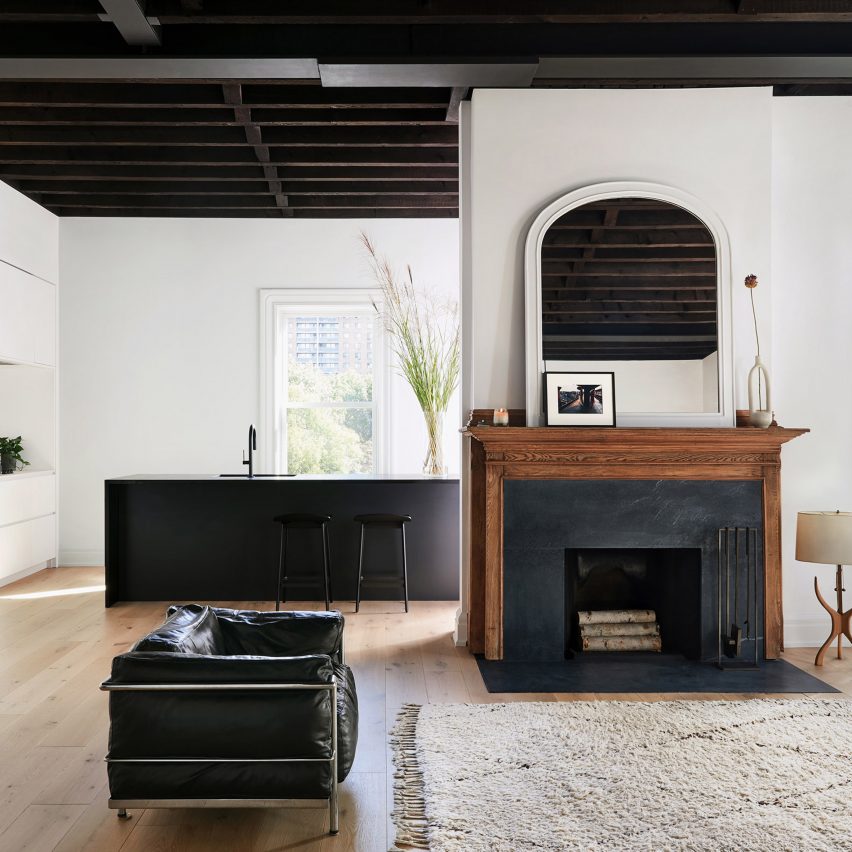 Brooklyn practice Arnold Studio has designed this light-filled apartment inside a historic brick house in the borough’s Clinton Hill neighbourhood.

The project, called Clinton Residence, occupies the upper two floors of a four-storey brick home that dates back to the 1800s. Designed as a grand mansion, the building has a red brick and stone exterior, with a number of decorative details. 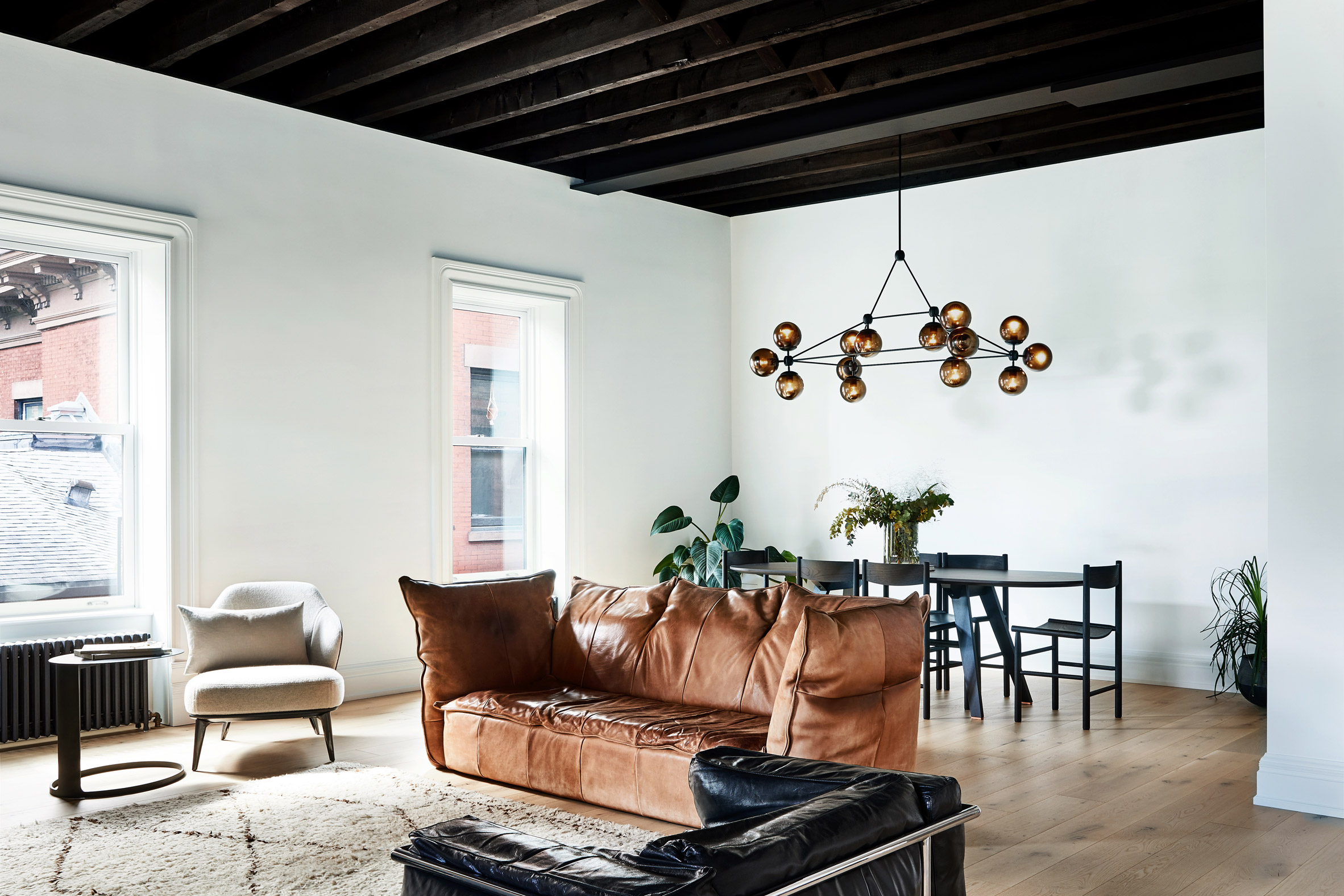 Arnold Studio‘s redesign aims to fuse old and new within the apartment, by using black and white details to contrast with the home’s original architectural elements.

On the first floor, the studio created an open-plan kitchen, living room and dining area. The lounge and kitchen are separated by an existing fireplace featuring a wood mantel that relates to the home’s existing panelled wood doors and window trim. 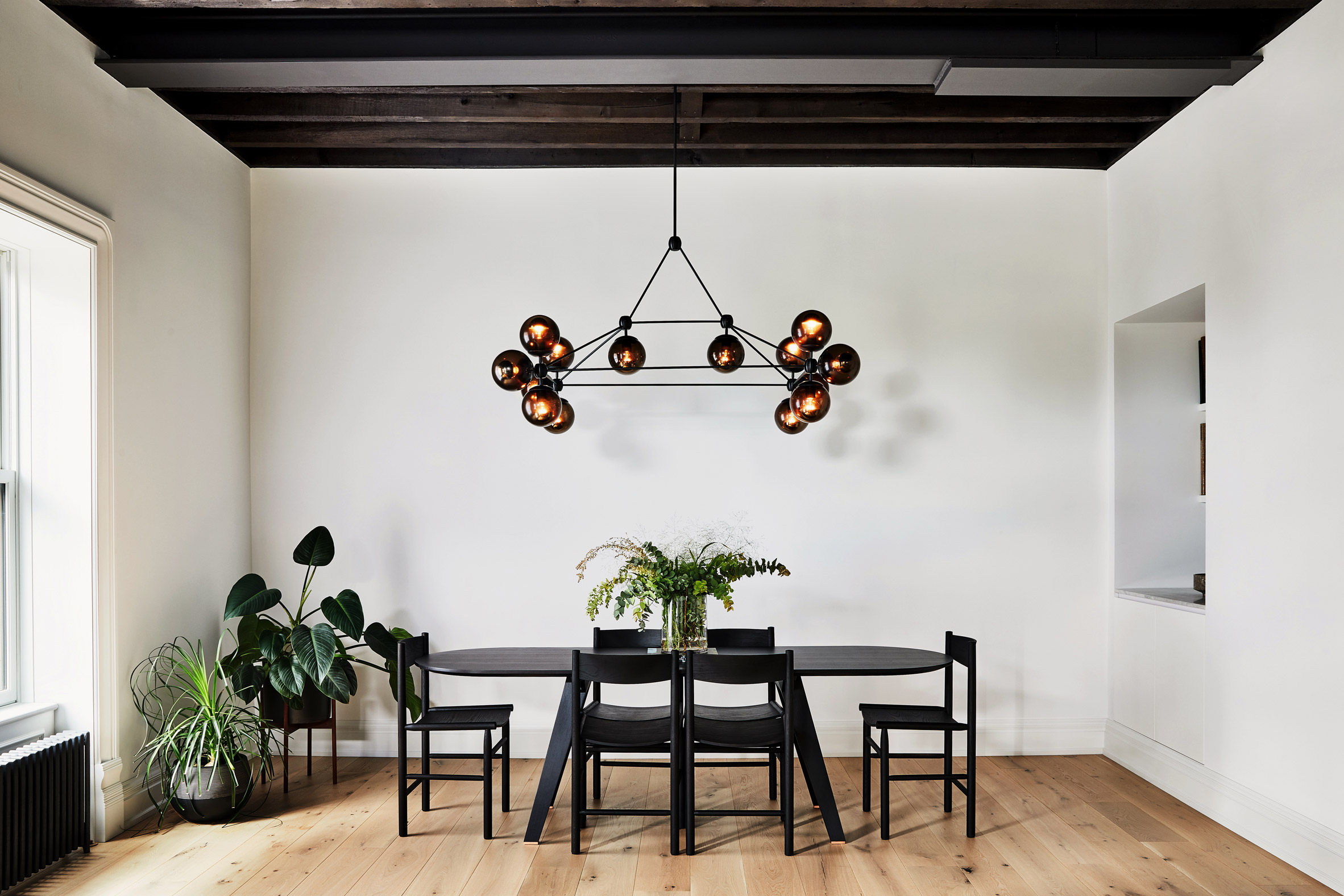 The kitchen also features a combination of black and white. Built-in cabinets are designed to blend in with the white-painted walls, while a dark island with a black soapstone countertop provides a stark contrast. 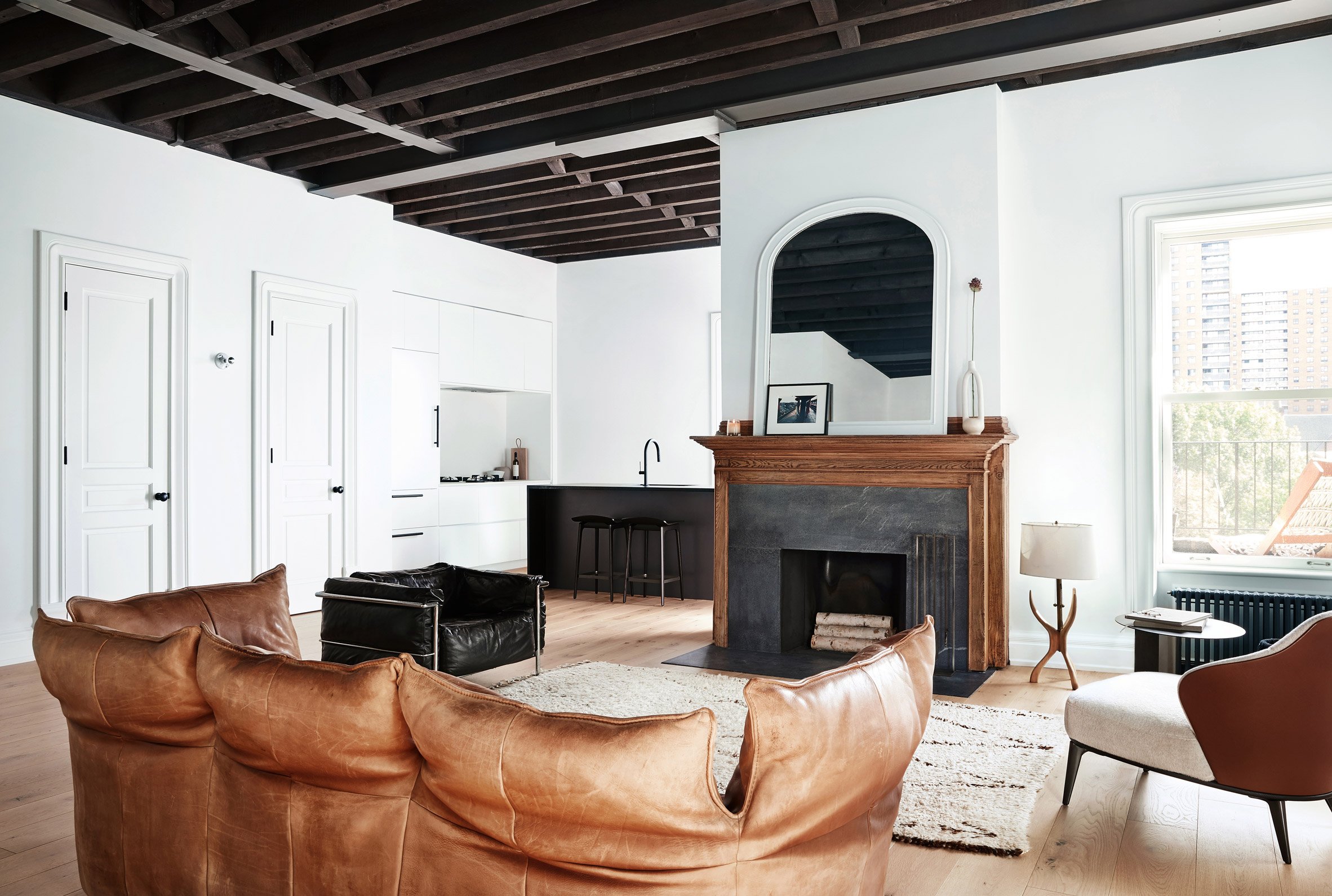 A dining set and modernist bucket chair both in black also pop against the light interiors. 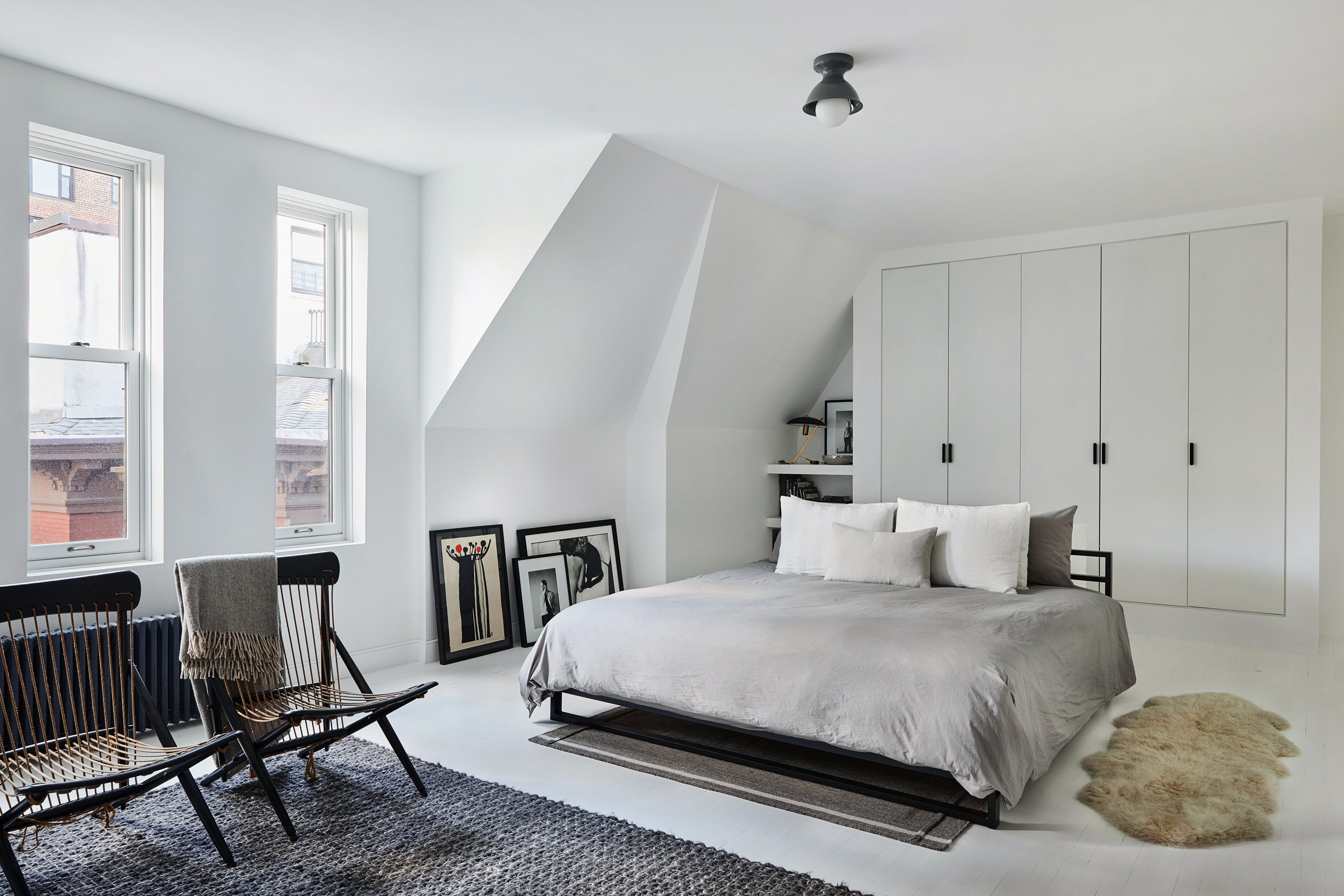 The studio rebuilt staircase in the 1,942-square-foot (180-square-metre) home to feature white oak steps and a matching handrail.

Upstairs, two bedrooms have vaulted ceilings that reveal the pitched roof of the property. The floors are white to match the walls, and the rooms also have built-in cabinets in white to add to the minimal aesthetic. 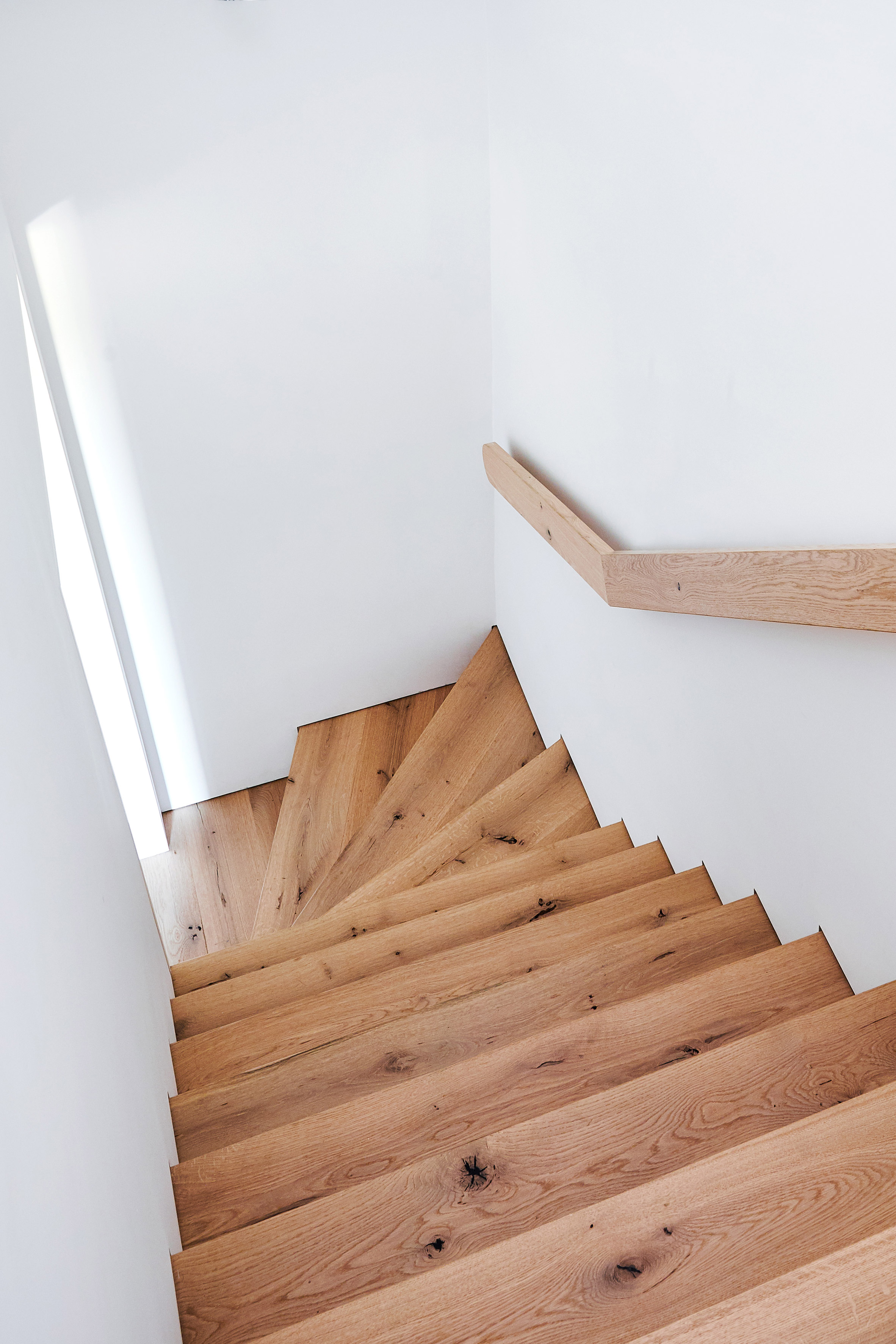 Two bathrooms are also included in Clinton Residence. One contains a combination of cement tiles, large format porcelain tiles and brass fixtures that will patinate over time.

In addition to this project, other renovated apartments in Brooklyn’s Clinton Hill neighbourhood are a loft by Dean Works featuring Baltic birch plywood and VonDalwig Architecture’s House 22 townhouse. 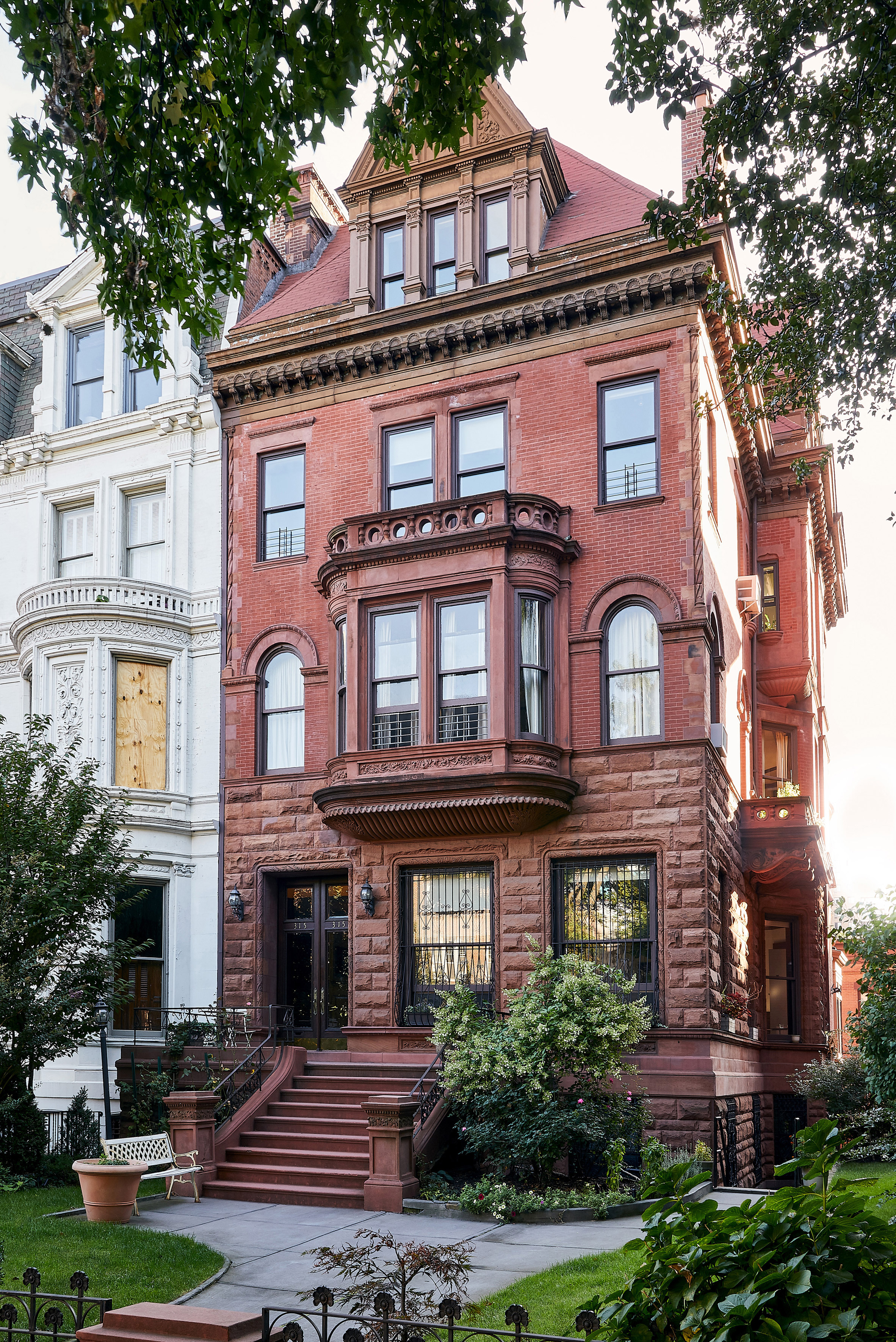 Arnold Studio is based in Brooklyn’s Williamsburg neighbourhood. It was founded in 2015 by architect Simon Arnold, after working at New York firms Leeser Architecture, Skidmore, Owings & Merrill and Diller Scofidio + Renfro.

Photography is by Nico Schinco.