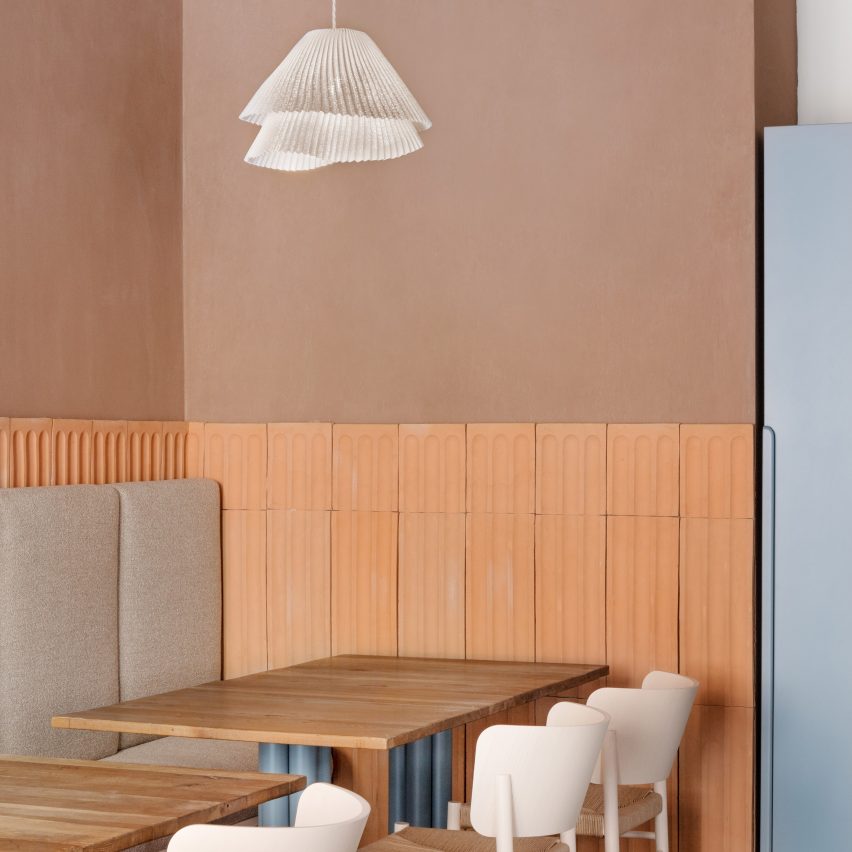 Plaster walls, terracotta tiles and powder-blue details feature 28 Posti, a restaurant in Milan that has been revamped by architect and designer Cristina Celestino.

28 Posti serves up a selection of contemporary Mediterranean dishes to an intimate group of diners – something hinted at in the restaurant’s name, which translates from Italian to “28 seats”.

Having first opened its doors in 2013, the restaurant’s white-painted interior had grown tired in appearance. 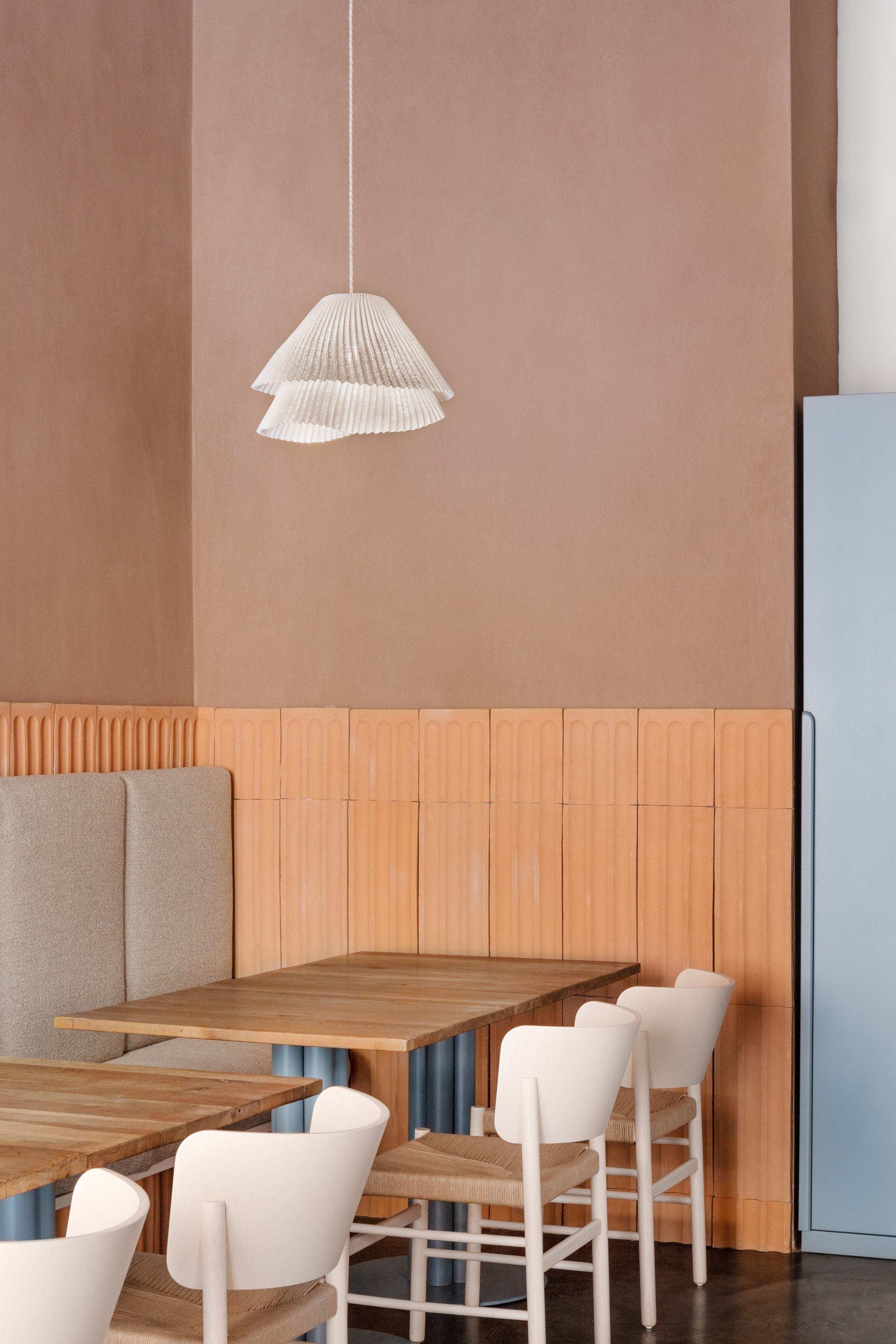 Locally-based Cristina Celestino was brought on board to refresh the interior “without distorting its convivial and relaxed atmosphere”.

The cooking style of Marco Ambrosino, the young chef that heads up 28 Posti, became Celestino’s main point of inspiration for the overhaul.

“[The restaurant] plays on the concepts of authenticity, comfort, simplicity and origin, and aims to create a parallel between the interior of the restaurant and the kitchen of chef Marco Ambrosino – the undisputed soul of the place,” said Celestino.

“Ambrosino’s cuisine starts with raw and very simple ingredients. He turns them into dishes that keep their authenticity, but at the same time uses the ingredients in a very refined and unexpected way,” she told Dezeen. 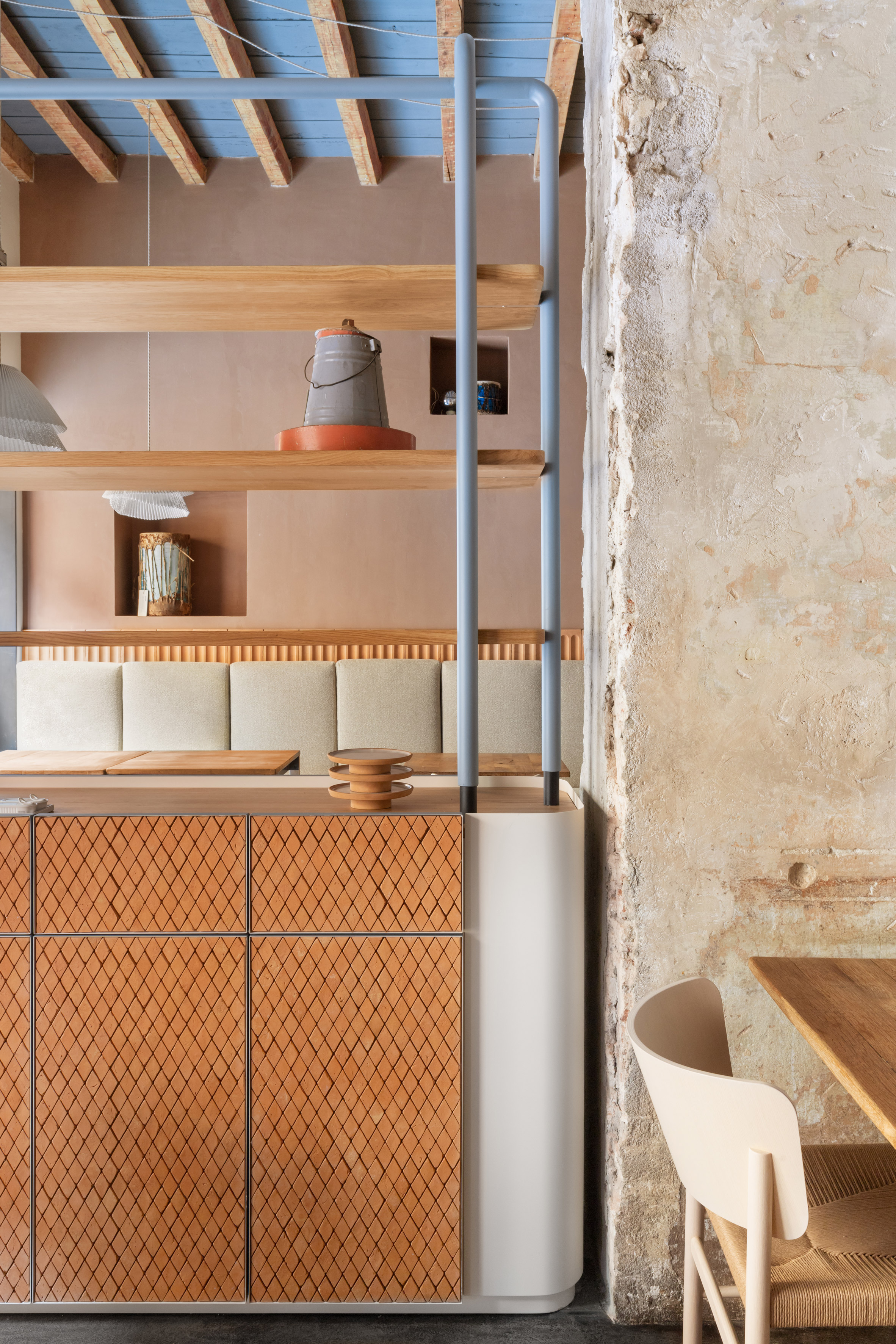 Celestino has therefore used an array of natural materials to complete the space.

Earth-tone plaster has been washed across the upper half of the restaurant’s rear wall, which is punctuated with a couple of square niches that display ceramic ornaments. The lower half of the wall is clad with terracotta tiles that have arched grooves.

A crumbling brick wall that runs through the centre of the floor plan has also been preserved.

Celestino subtly injected colour into the restaurant by including a handful of powder-blue details.

The colour has been applied to the legs of each of the timber dining tables, between the original wooden beams on the ceiling and a small storage cupboard.

A shelving unit that stands within one of the brick wall’s arched openings also has powder-blue framework. 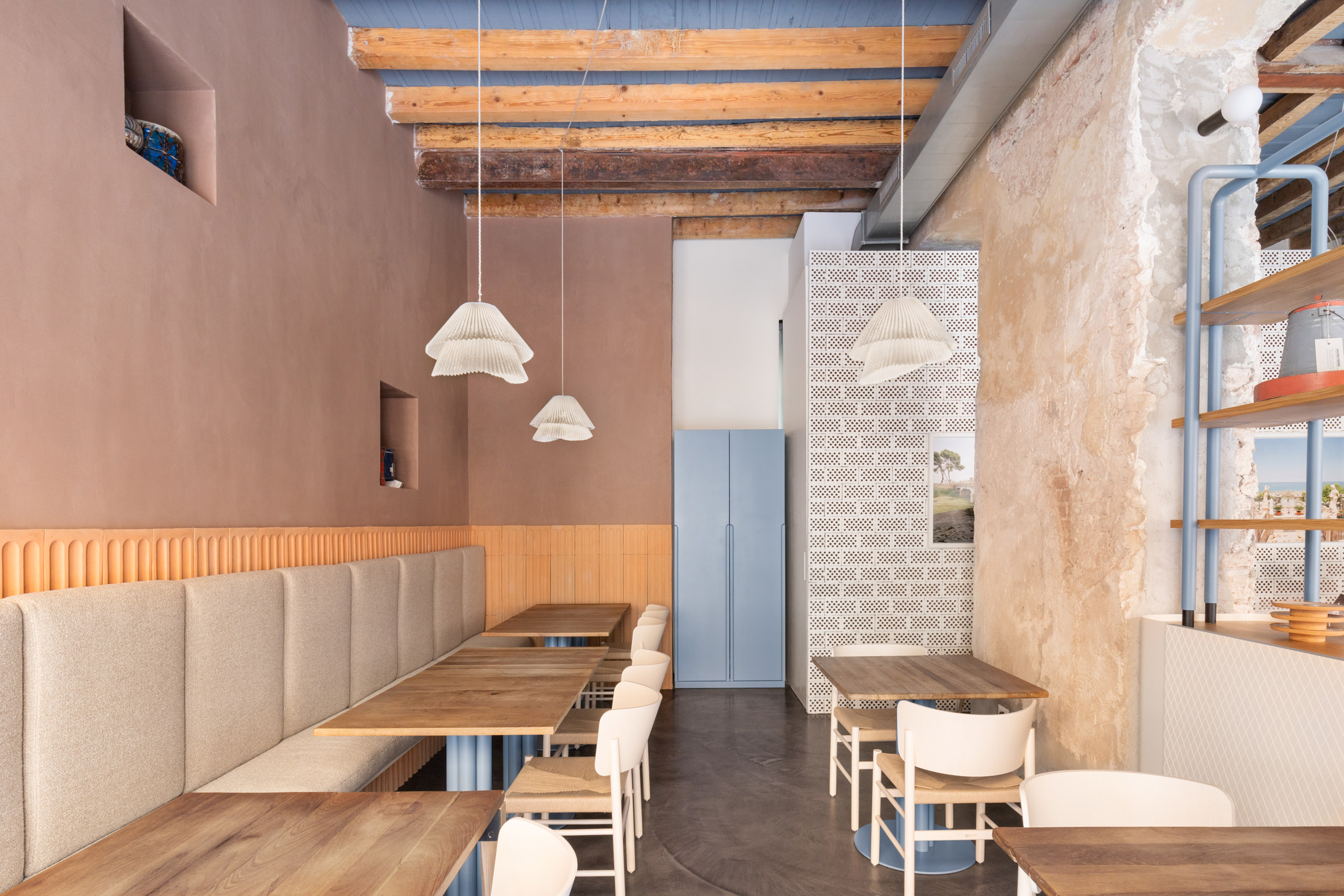 Textural interest is added by a partition wall that’s covered in perforated white tiles and pleated-steel pendant lamps that dangle from above.

“The identity of the place is not changed radically, but in my opinion has evolved and refined,” Celestino concluded.

Cristina Celestino is based in Milan and has been working across the architecture and design industries since 2005. She has previously created an installation titled The Happy Room for fashion label for Fendi, which was filled with plush, 1950s-style furniture.

Photography is by Delfino Sisto.