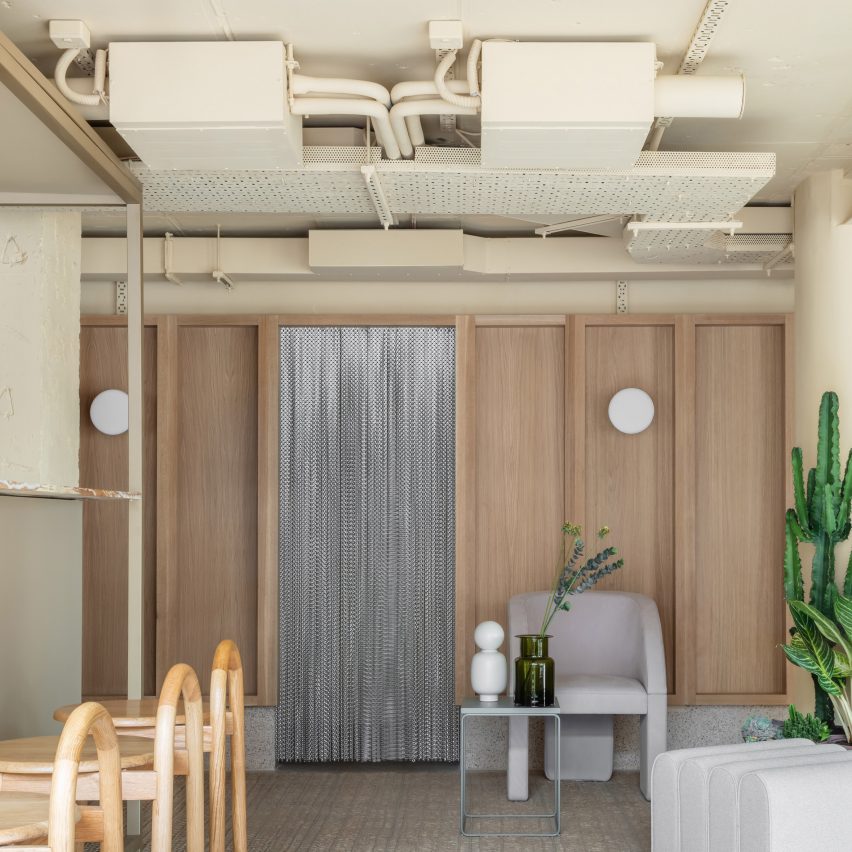 Chainmail curtains contrast with butterscotch-coloured walls in a hotel created by architecture studio Grzywinski+Pons in the shell of a 1970s office block in London.

Situated near the Millennium bridge, Locke at Broken Wharf has been designed by New York-based studio Grzywinski+Pons to reflect the dichotomy of London’s cityscape. 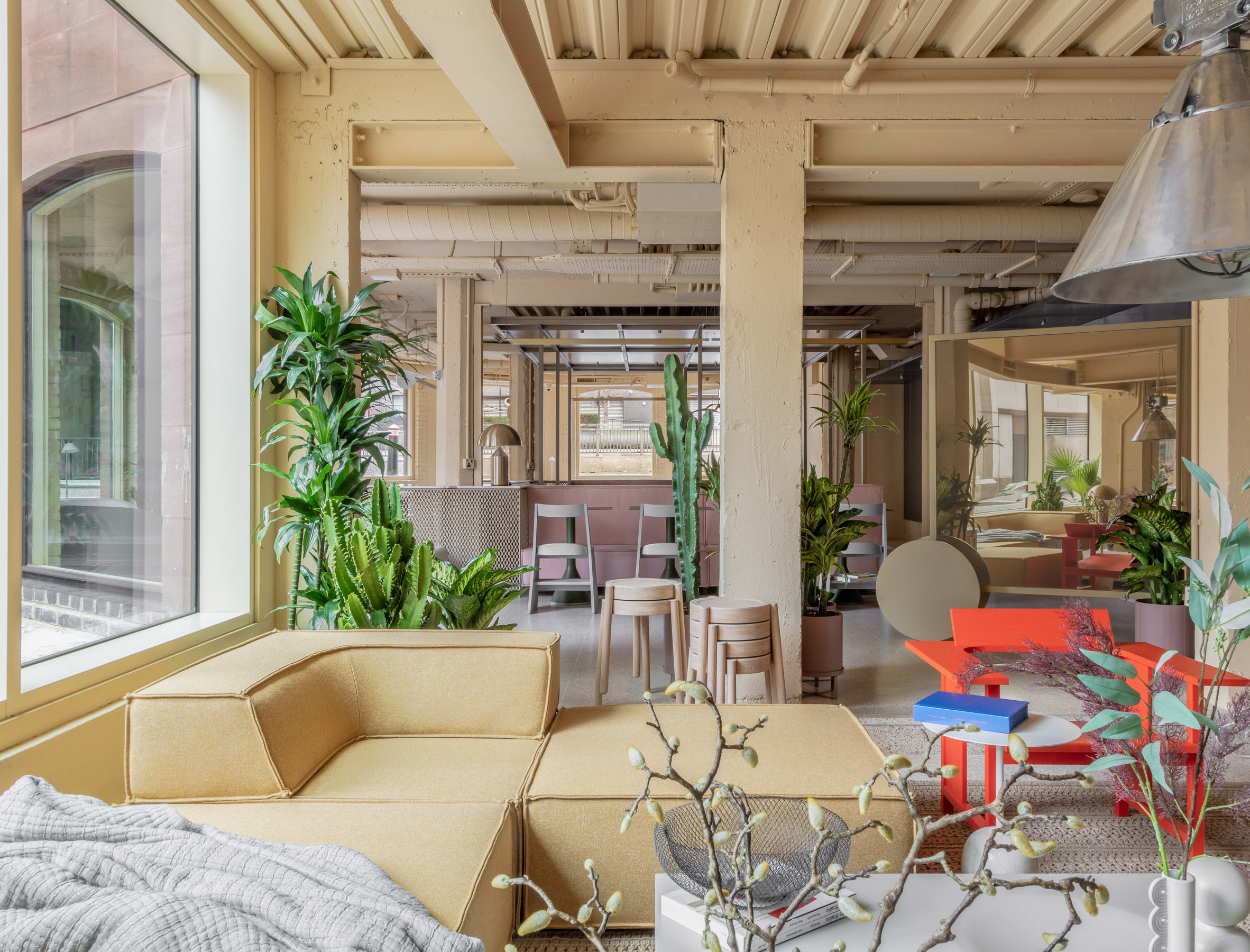 The seven-storey hotel takes over a 1970s office building, which previously contained a rabbit-warren of work cubicles and unsightly suspended ceilings.

“While the incredible riverfront location of the site was a true gift, the disused commercial block that we were poised to transform was hardly predisposed towards a hospitality program,” said the studio. 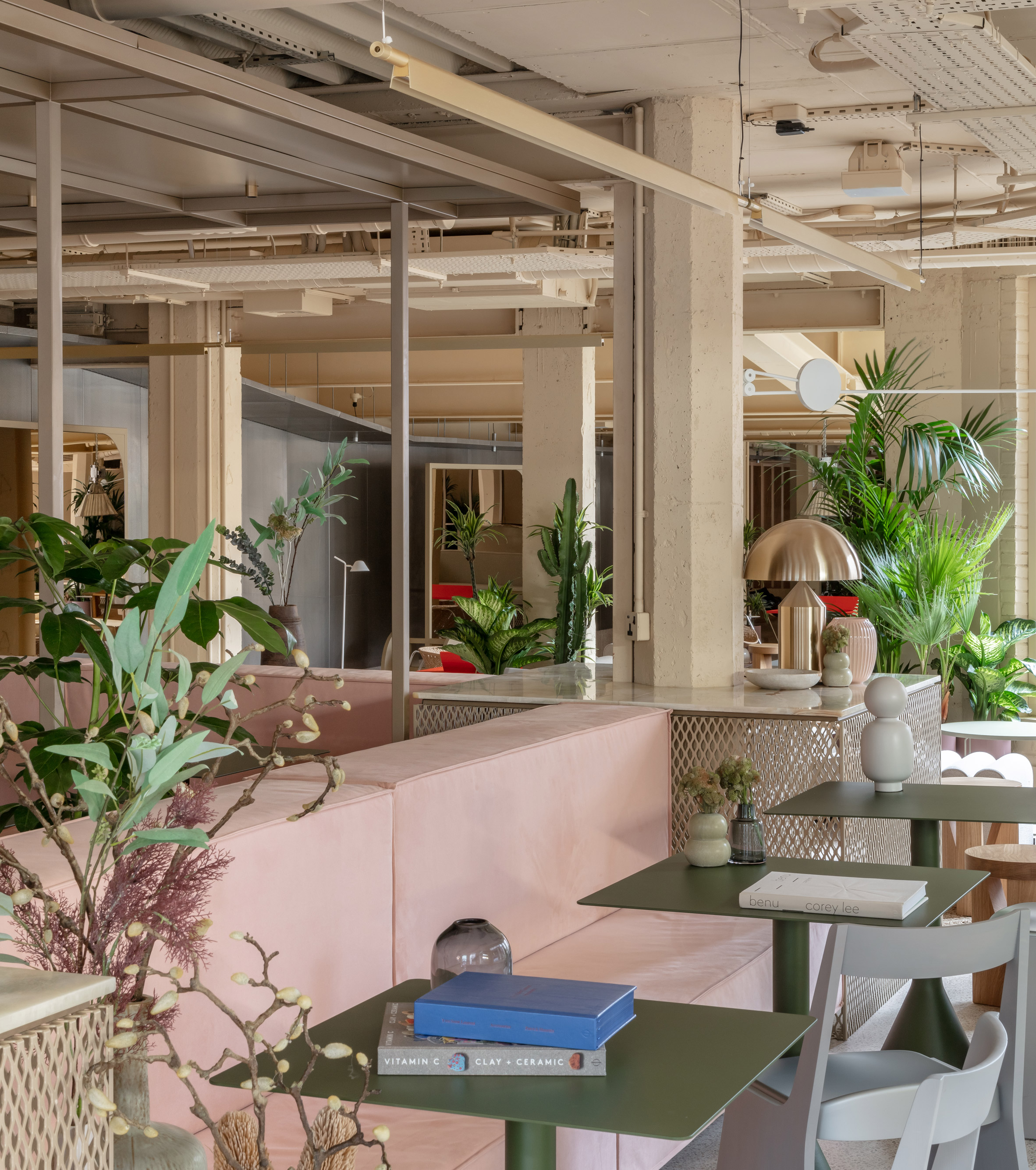 The building therefore had to be completely gutted to accommodate the hotel’s 113 guest rooms, a bar, co-working area and deli-style restaurant that serves up bagels, salads and charcuterie.

Expansive panels of glazing were also inserted in Locke at Broken Wharf’s facade to make the ground-floor communal areas lighter and more open.

The restaurant now has sweeping views of structures like Herzog & de Meuron‘s angular Tate Modern extension and the lapping waters of the Thames, a contrast that the studio wanted to capture in the interior design. 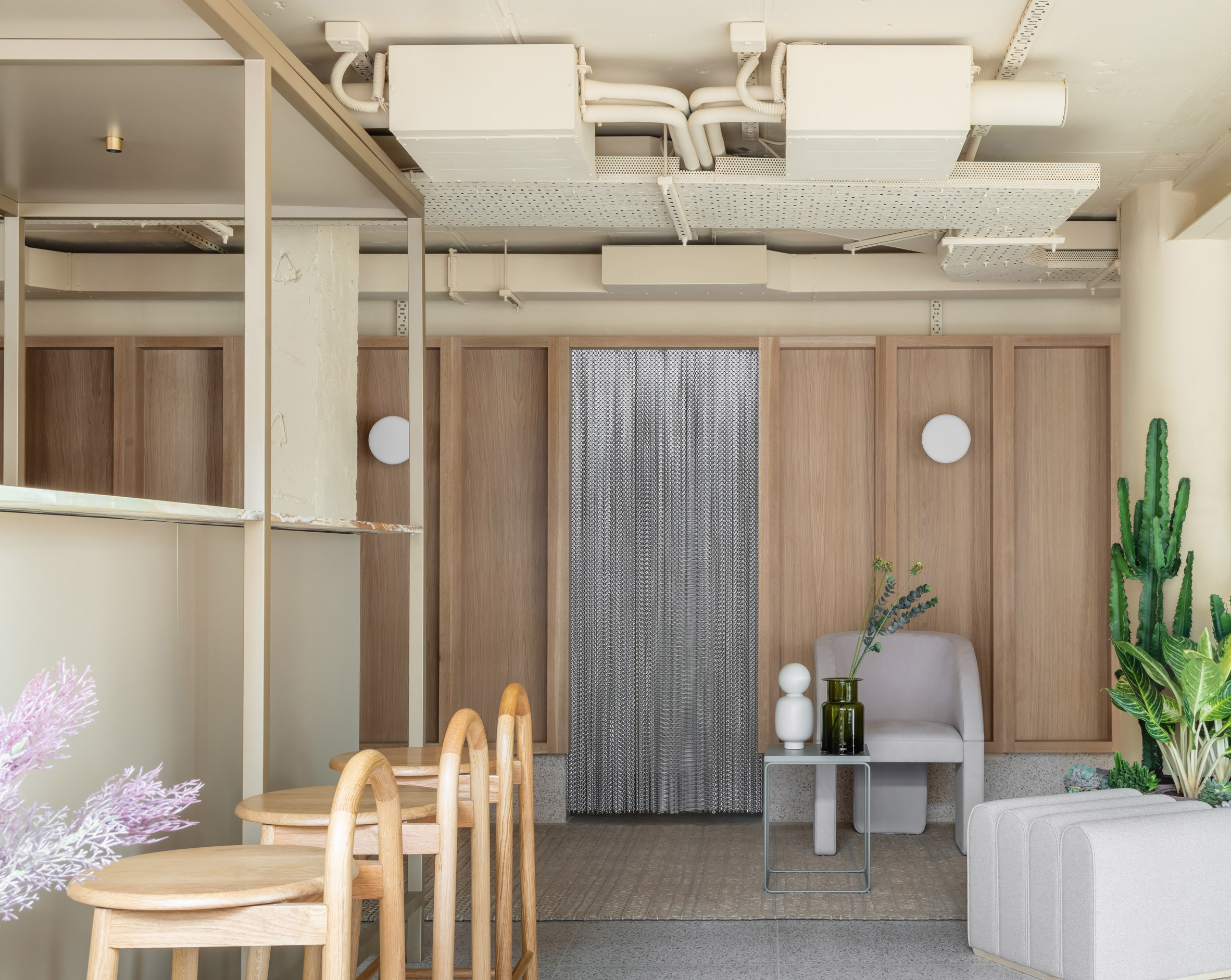 “The social space is intended to behave like the connective tissue between London’s hard edge and the serenity of the Thames,” explained the studio.

“There’s both urban grit and splendour depending on which direction one chooses to look.” 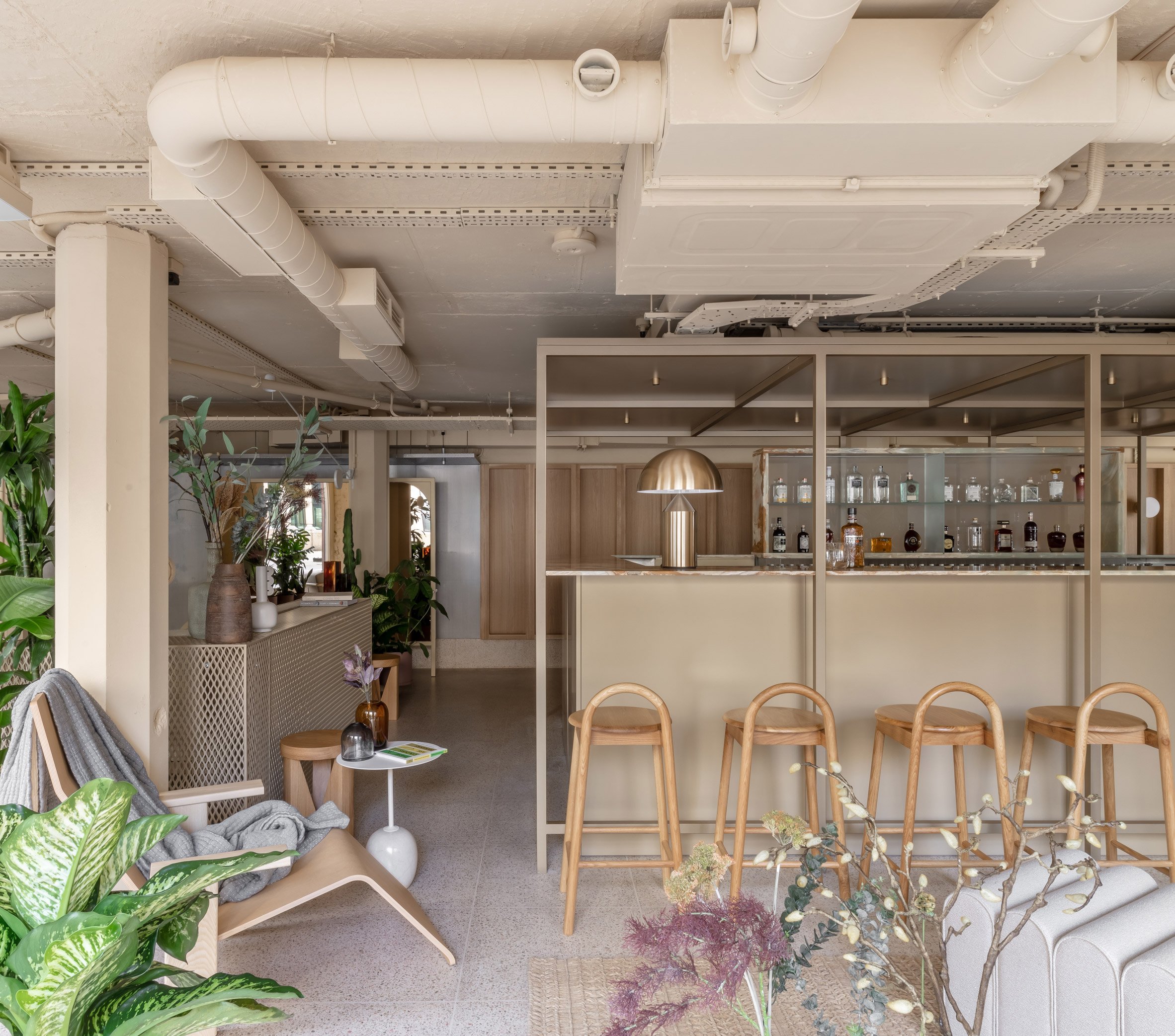 Some parts of the room are crafted from tough materials – like the chainmail curtains that cover the doorways and silver-metal pendant lamps – while other elements have been made to appear as “texturally lush, warm and inviting”.

Butterscotch walls have been paired with creamy terrazzo floors, complemented by rattan lounge chairs and earth-toned ceramic pots planted with succulents or fronds of wildflowers.

Champagne-coloured steel has also been used to craft the bar counter, around which is a series of timber stool seats. 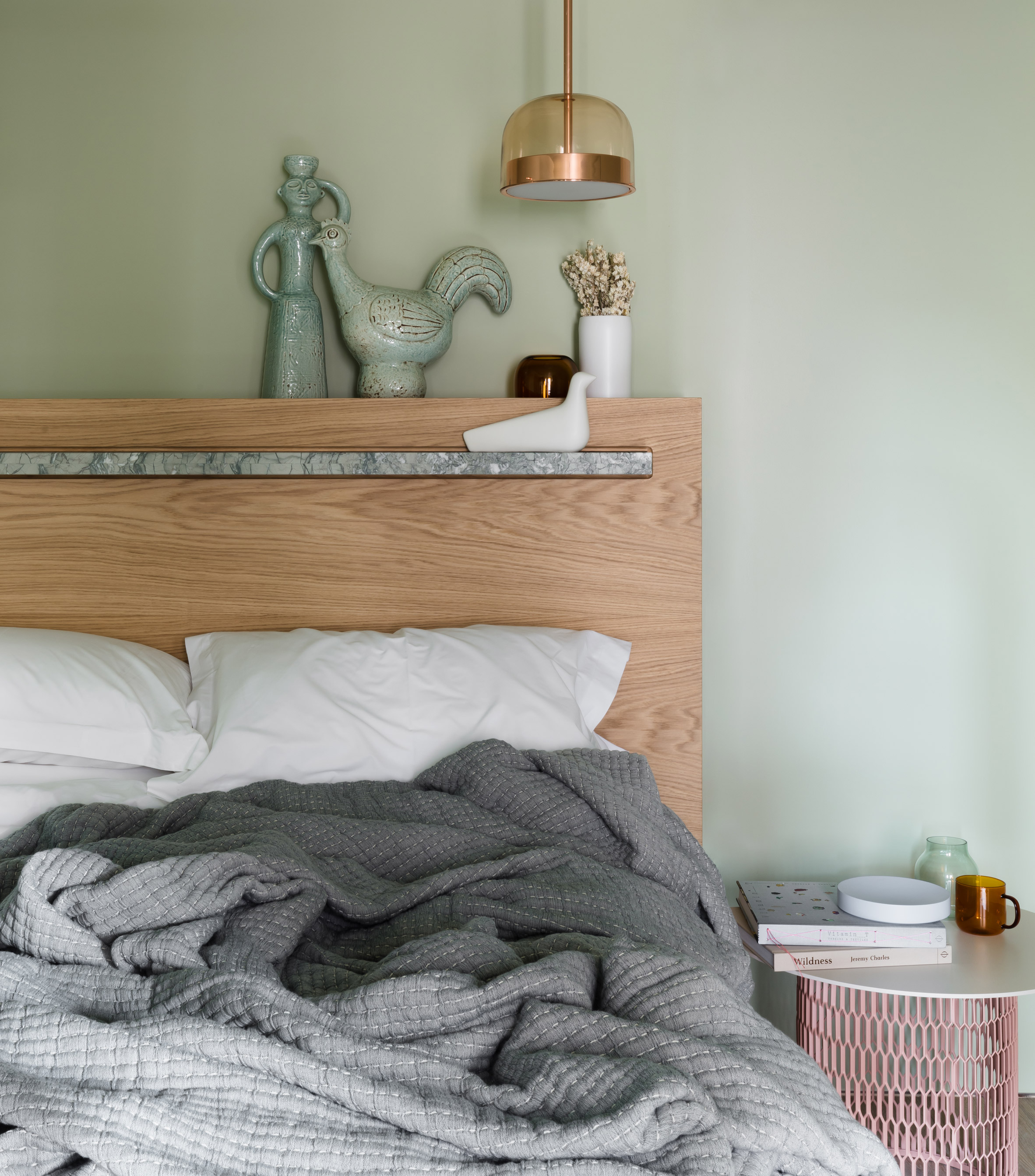 Portions of the lower, suspended ceiling have also been maintained in attempt to create spots where guests can gather and chat.

“Rather than resisting the very nature of the form within which we were working, once we resolved to embrace the idiosyncratic, these constraints became opportunities and a source of inspiration,” added the studio. 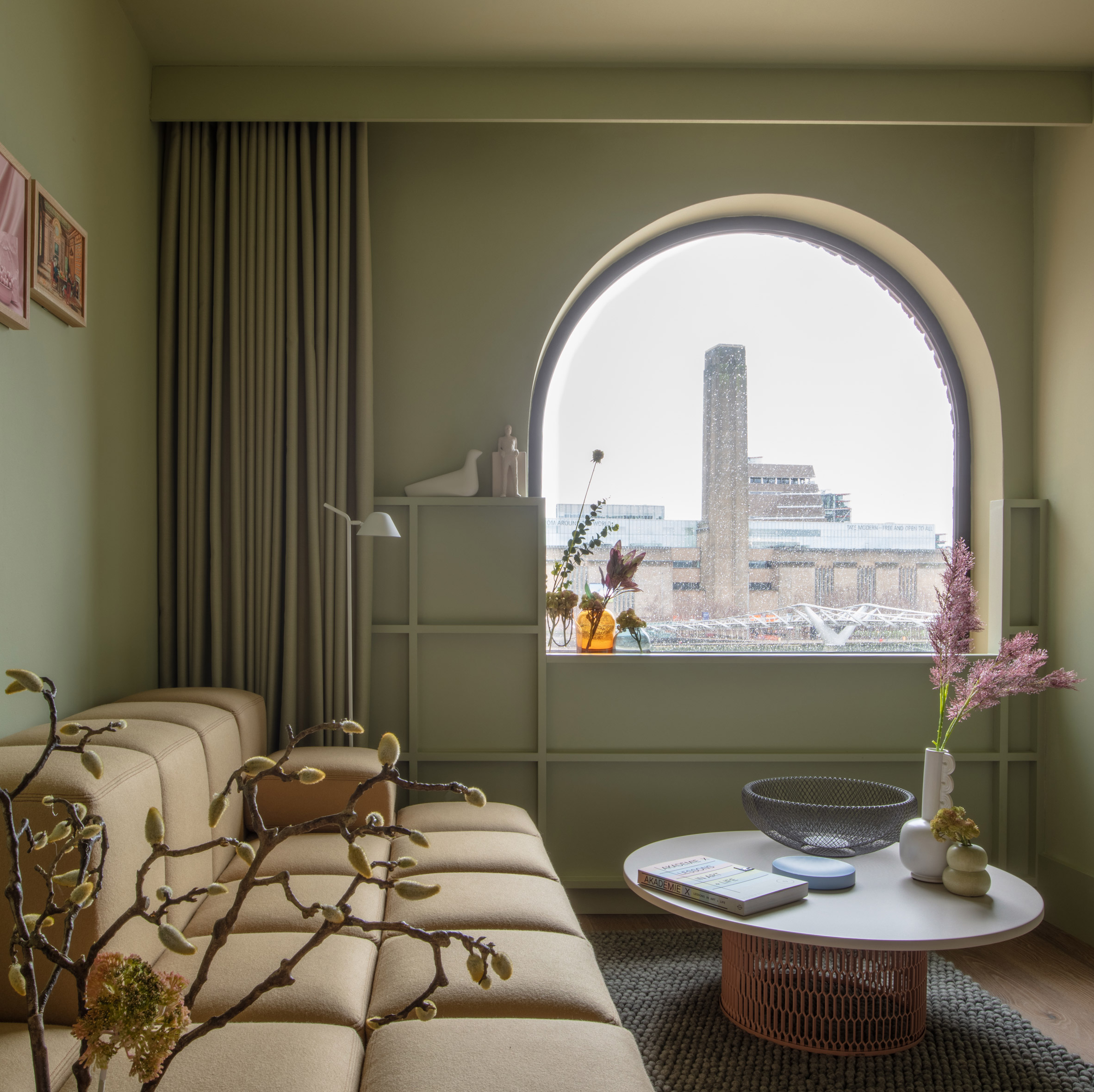 The duality of hard and soft materials is continued upstairs in the bedrooms of Locke at Broken Wharf. Soothing sage-green walls and woollen rugs on the floor are offset with robust fixtures like copper clothing rails and steel side tables with smoked-glass countertops. 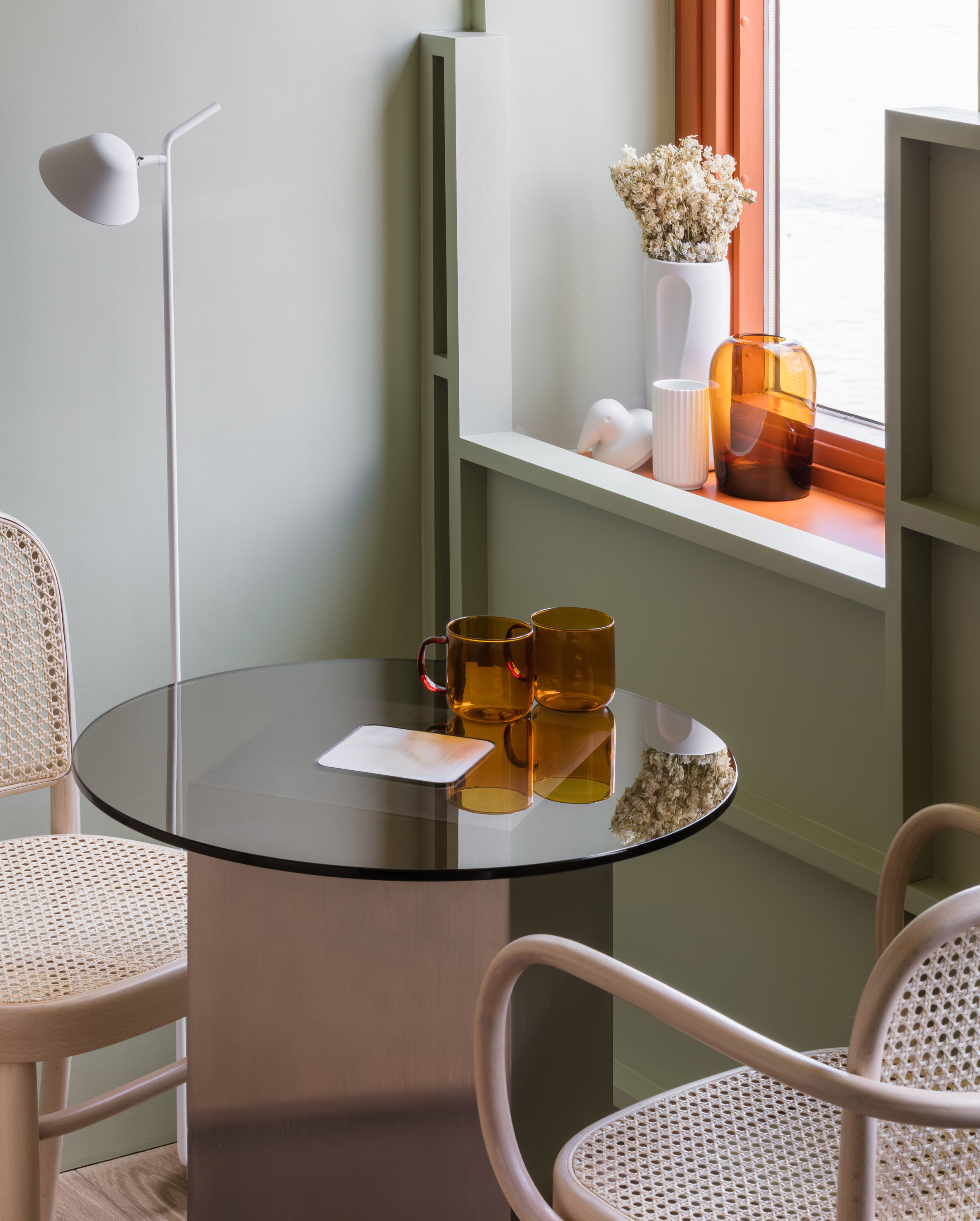 Grzywinski+Pons is responsible for the design of several Locke hotels, which are dotted across the UK. Last year the studio completed a branch in Manchester, applying grey tones throughout its interior to reflect the city’s typically overcast skies.

The studio also fashioned “sophisticatedly tropical” spaces for the Eden Locke hotel in Edinburgh, filling it with wicker furnishings and an abundance of leafy plants.