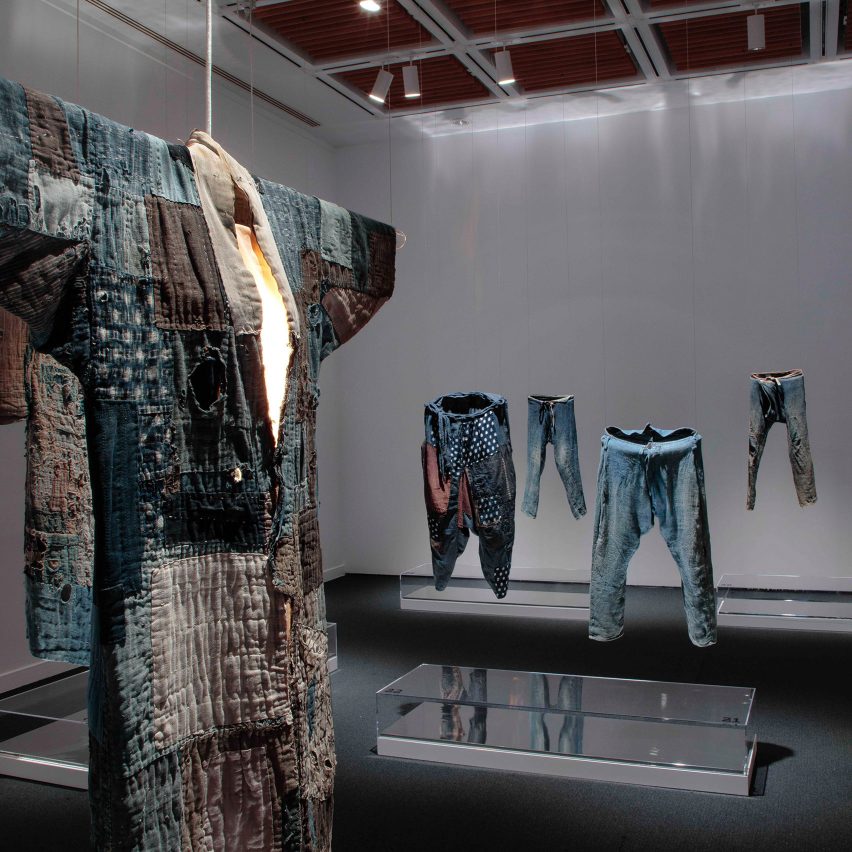 New York architecture firm SO-IL has designed an exhibition to present a Japanese handicraft that uses remnants of hemp fabric.

It showcases the boro textiles practice that originated in Japan in the 19th and 20th centuries when cold climate conditions made growing cotton difficult. 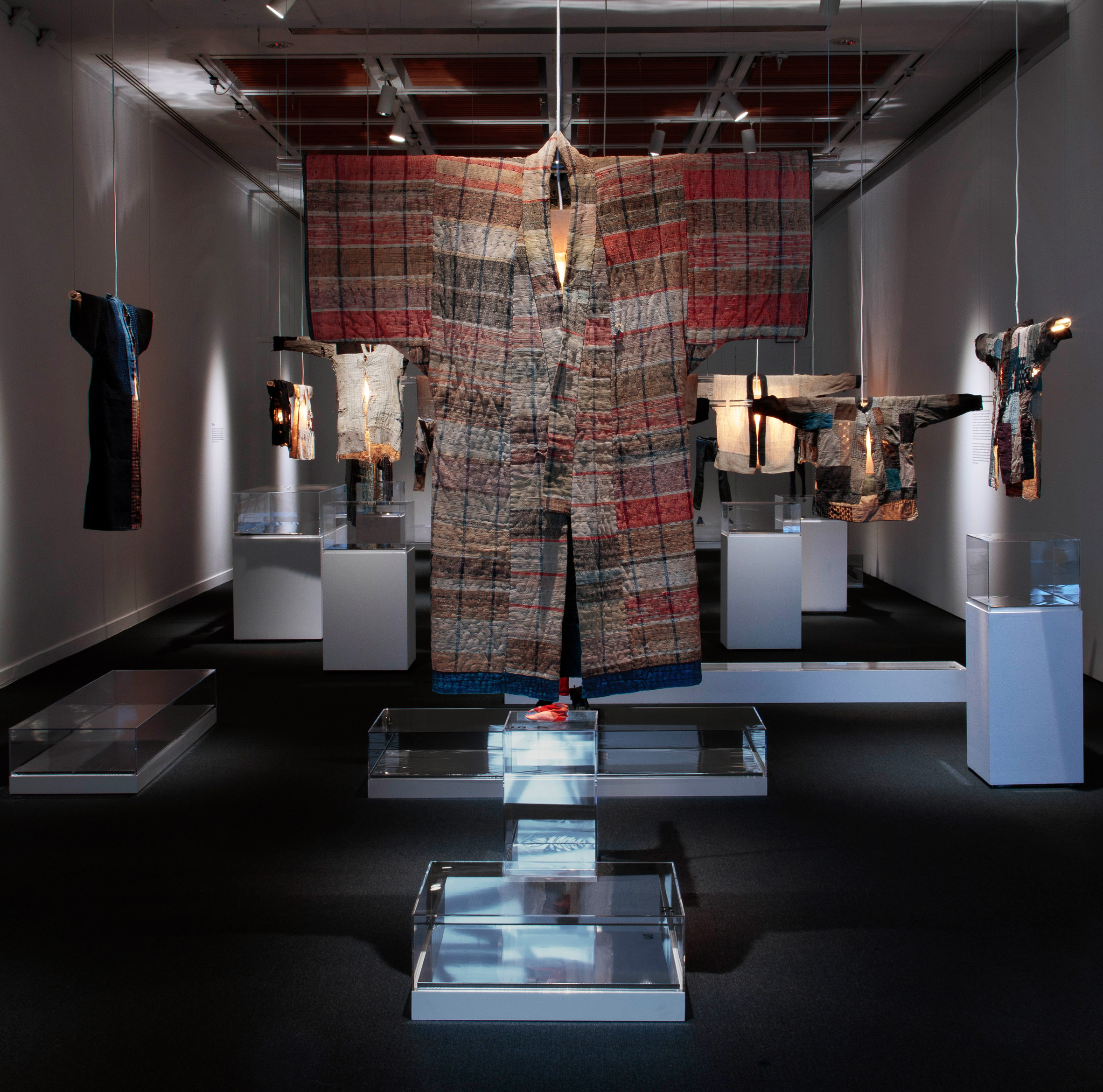 Boro has continued to today in the form of patchwork dresses, coats, blankets and shoes that have been repeatedly reworked over several generations, and make use of found materials and ad hoc methods.

Traditional Japanese kimonos, jackets and shirts hang from delicate frames that SO-IL designed to be reminiscent of the items being worn. The clothing are illuminated by lights inside the structures.

“We wanted to contrast the richness of the textures and memories of these boro pieces with lightness and reflection, to show the clothing on bodies,” SO-IL co-founder Jing Liu told Dezeen.

“They were never inanimate objects to be adorned but everyday architecture that enabled life within.” 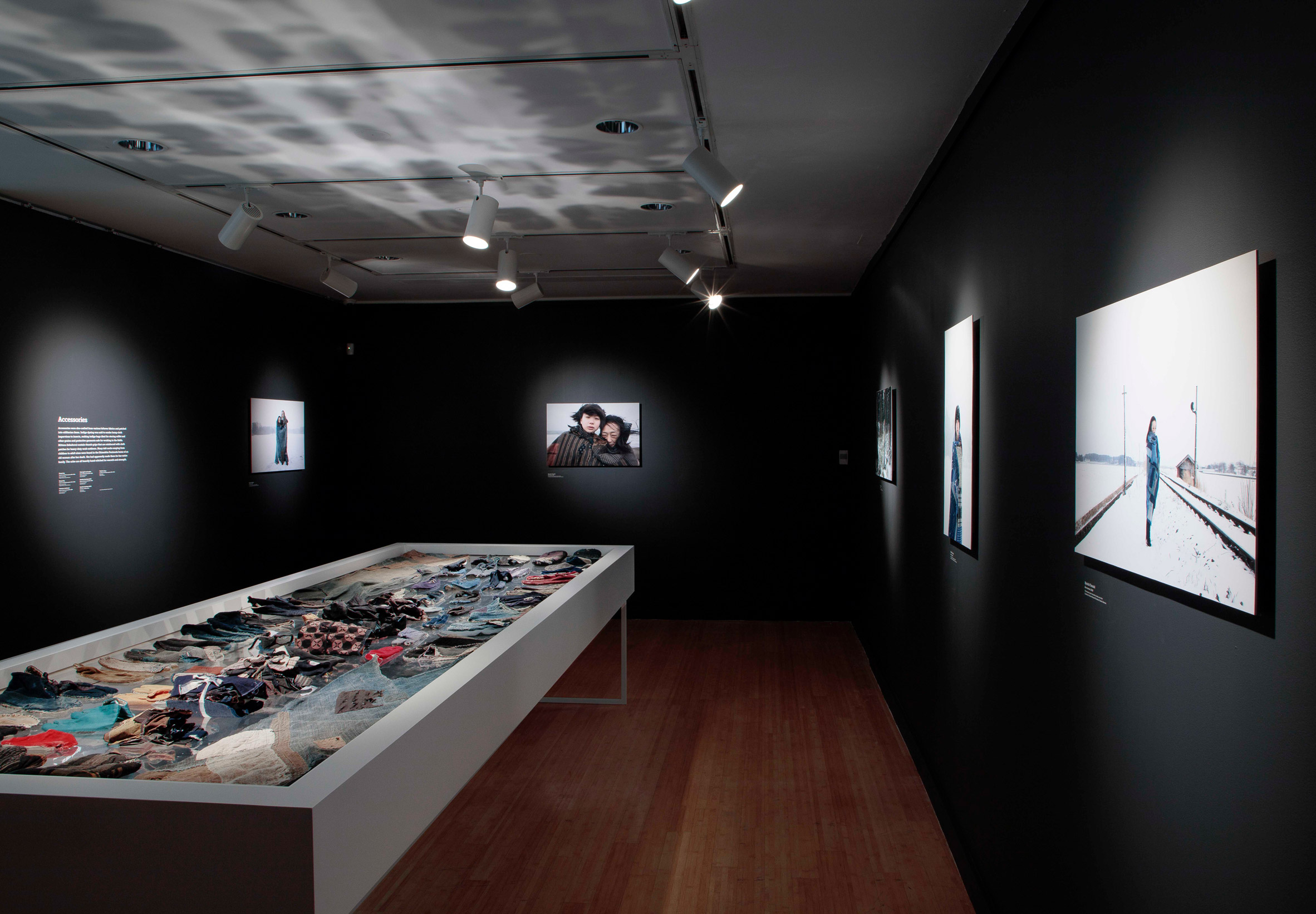 Underneath are vitrine cases with reflective surfaces for flat laying accessories such as socks, shoes and gloves.

Projects displayed range from timeworn and contemporary pieces, with many of the objects from the collection at Tokyo’s Amuse Museum. They include works by fashion designers Christina Kim and Susan Cianciolo.

Kim’s Kaya, a rectangular mosquito net, is lit from within and provides a contemporary example of the centuries-old handicraft. Cianciolo has used the ad hoc method to create tapestries that feature a collage of fabrics and art materials.

Architect Liu, who founded SO-IL with Florian Idenburg, said boro textiles provide an important example of the resourceful and sustainable practices that have been forgotten over the last century. 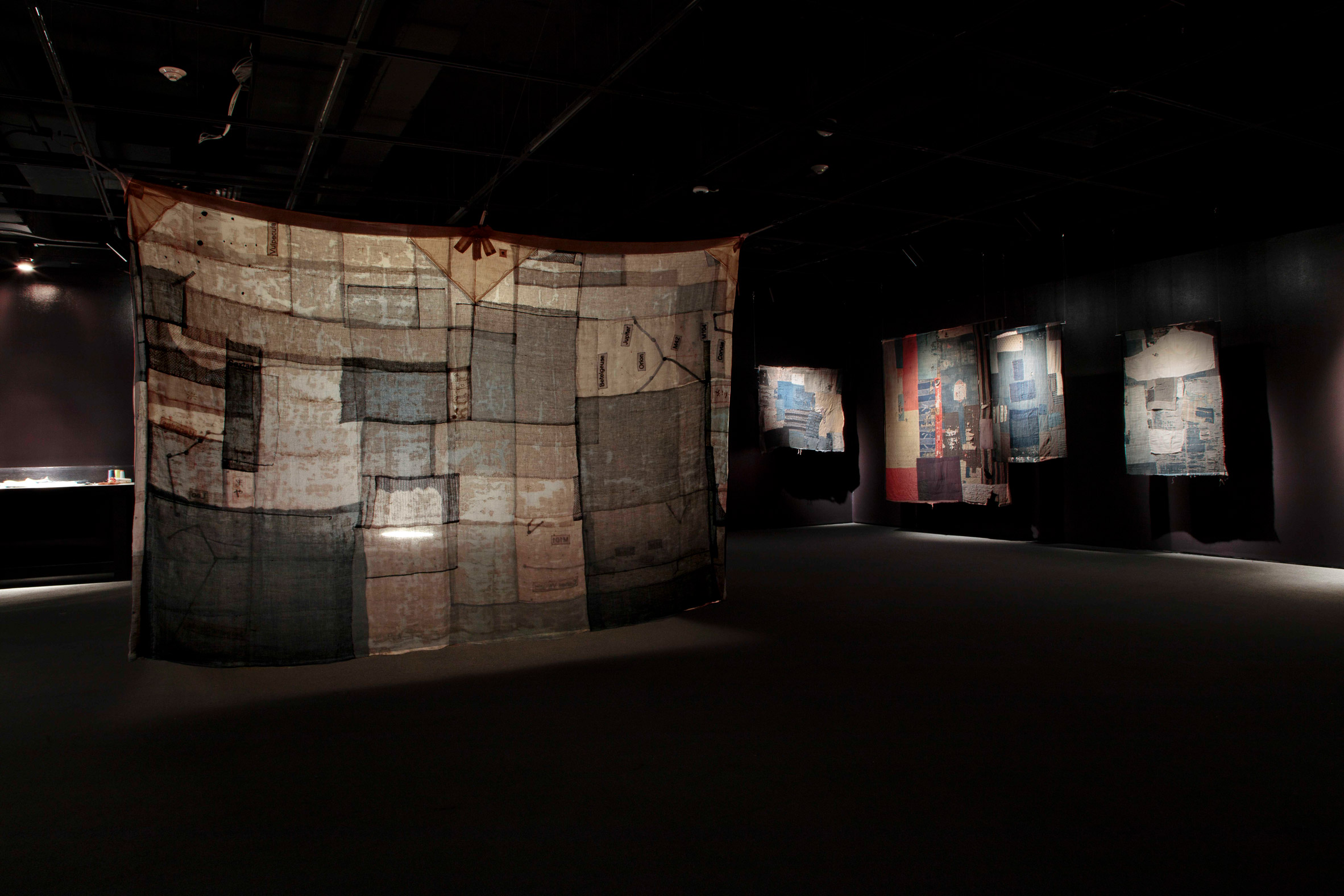 “It’s the resourcefulness we all inherently have inside of us,” Liu said. “Because of this consumerism and overproduction we have been experiencing in the last century, we have forgotten that and became much more distant and disconnected.”

Liu said that returning to this way of thinking is becoming more important amid the growing impact of climate change.

“Maybe with this kind of urgency of crisis, both political crisis and environmental crisis, there’s enough pressure for enough people to feel like we don’t have to do business as usual,” Liu added.

“We have to change our mindset. I think the most important thing is not technology, it’s just mindset.” 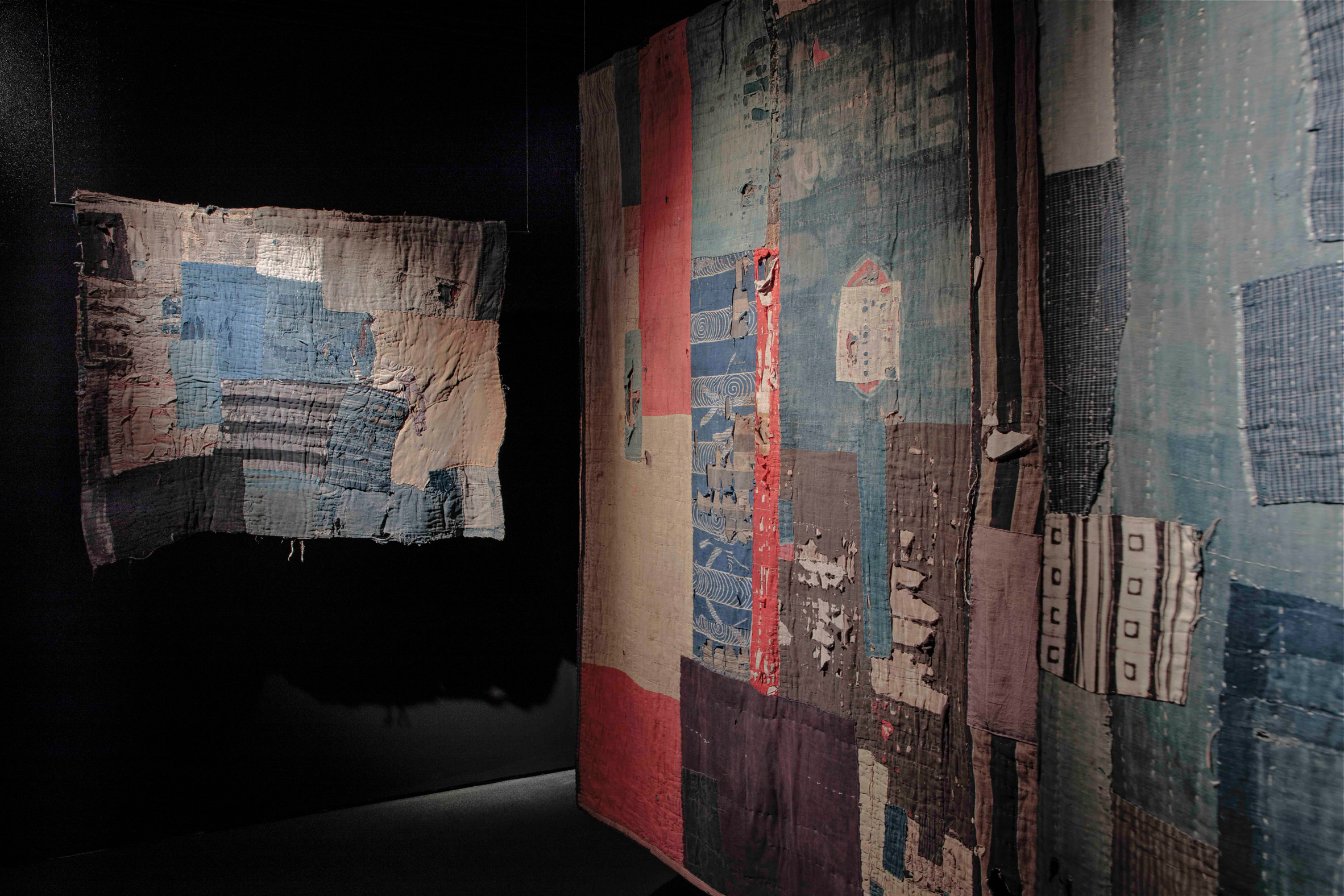 Liu spoke to Dezeen at the opening of Boro Textiles: Sustainable Aesthetics earlier this month. The gallery has since closed temporarily as part of measures to mitigate the spread of the coronavirus in the city.

The Chinese architect said at the event that the effects of coronavirus – which include cancelled events, school closures and disruption to workflows – could provide an opportunity to slow down society’s consumption and production.

“It’s not great that people can’t go to work and all of that, but it does make you think why do we have to work so hard to produce so much and keep the shops open and then work so hard to buy them? What is it all for?” Liu asked. 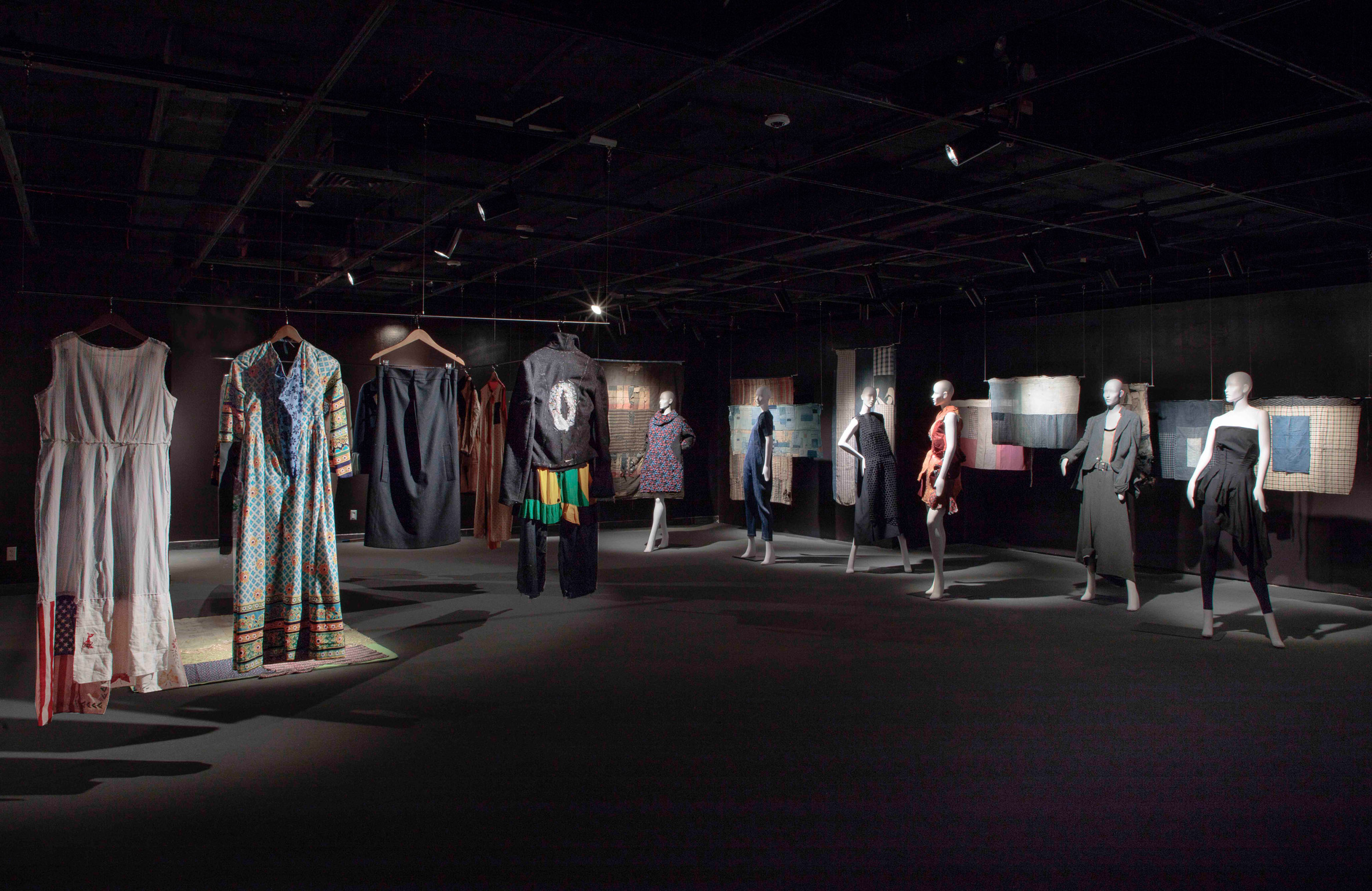 She highlighted a potentially advantageous effect of coronavirus, which caused authorities to enforce quarantine on affected areas, as improved air quality. “The pollution has gone down significantly in China,” she said.

Liu’s remarks echo those of trend forecaster Li Edelkoort, who told Dezeen the virus offers “a blank page for a new beginning”.

Edelkoort predicted that the outbreaks will lead to “quarantine of consumption”, in which people will get used to living with fewer possessions and travelling less.

Photography is by Richard Goodbody.