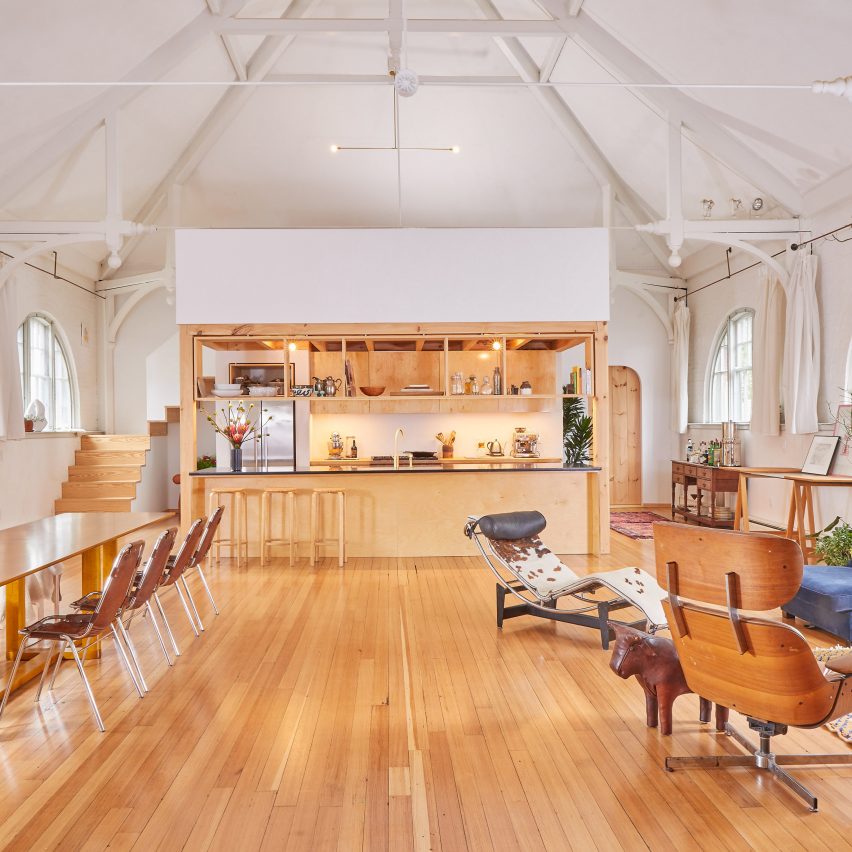 Design practice A/L Studio has built a wooden volume to house the kitchen and bedroom inside this  historic civic building in Pawtucket, Rhode Island. 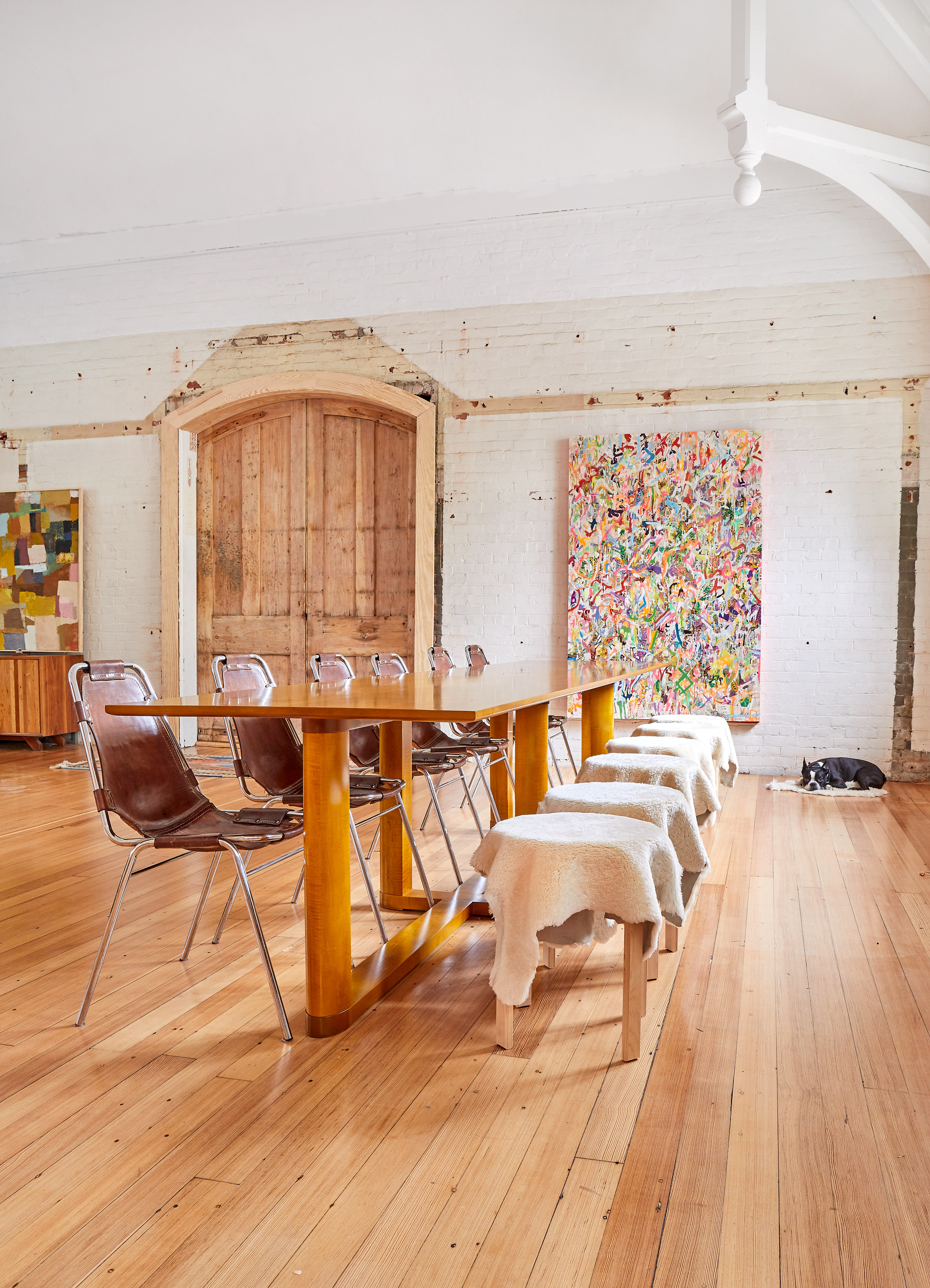 The renovation is the latest update to the property called Ward House, which was built in 1886 as a meeting hall and was used for several different civic uses, such as a polling place and school. It was turned into a home in the 1980s. 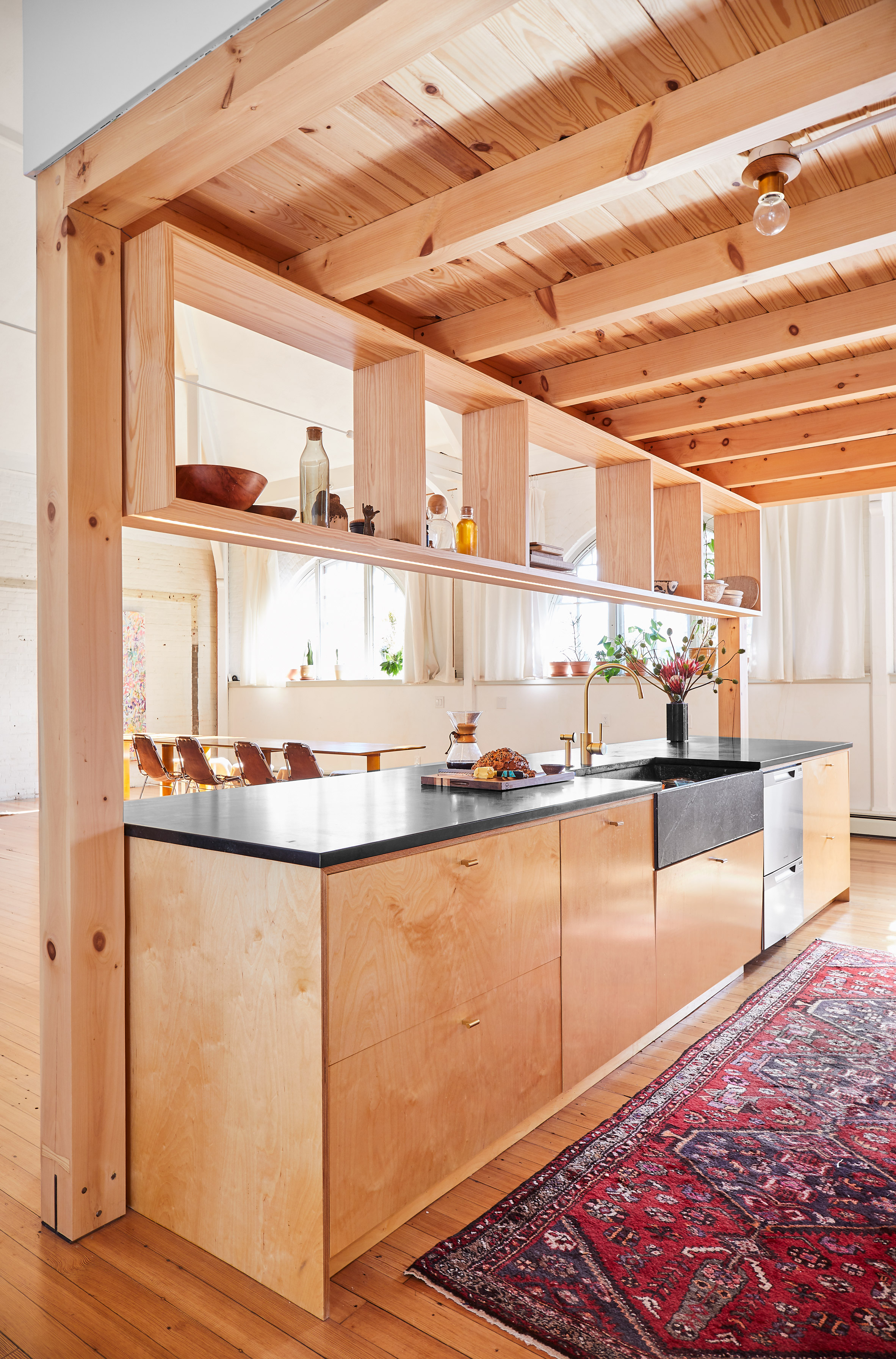 A/L Studio designed the home for Lindy McDonough and Conor MacKean, who wanted to have plenty of space for guests, and their dog Tux. “The design responds to the new clients’ love to entertain and cook for guests and family,” studio founder Anastasia Laurenzi explained. 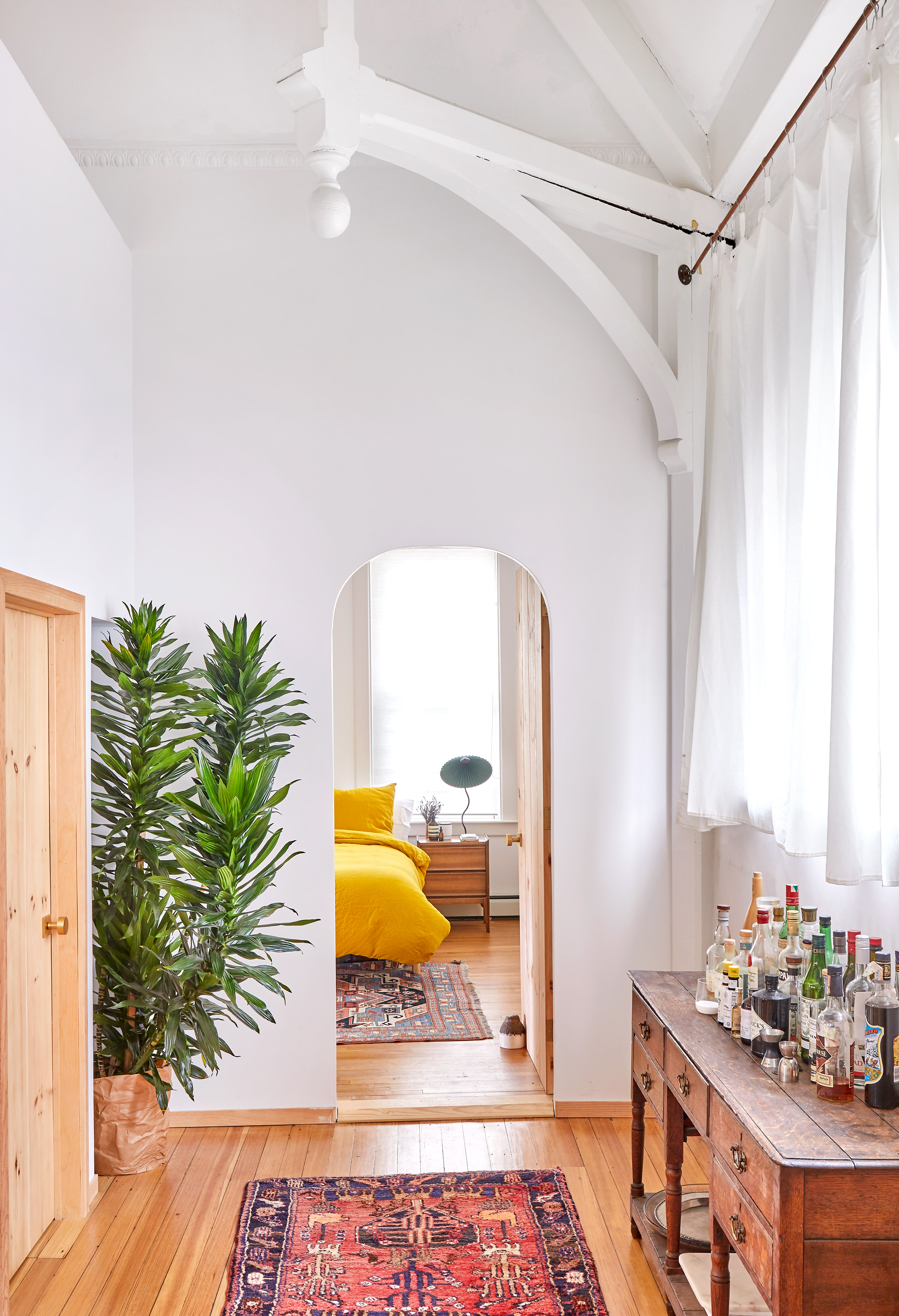 The tall, angled ceilings of the historic structure allows plenty of natural light into the main space, which is filled with several furniture pieces and design objects from the Rhode Island creative community.

An open-plan living and dining room takes up most of the ground floor, while the kitchen is further back, in the centre of the space. It is contained within a newly built volume made of light-hued wood and open to the entertaining space. 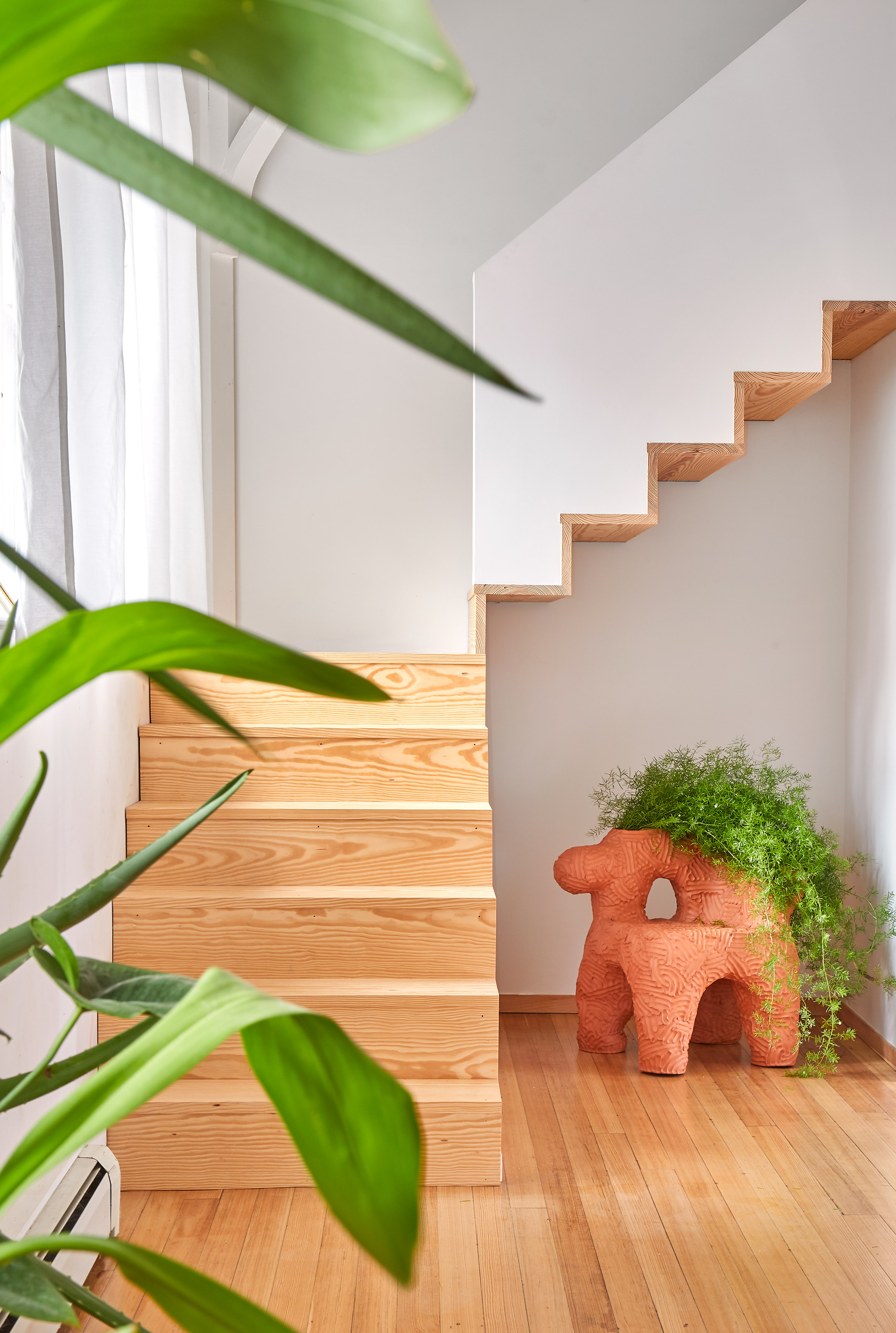 “The new intervention is a consideration of rooms nested within each other, on their own, leaving the existing structure to be from its own time,” said Laurenzi.

Above it, a lofted sleeping space overlooks the living and dining room, with enough room for a built-in bookcase and an armchair. 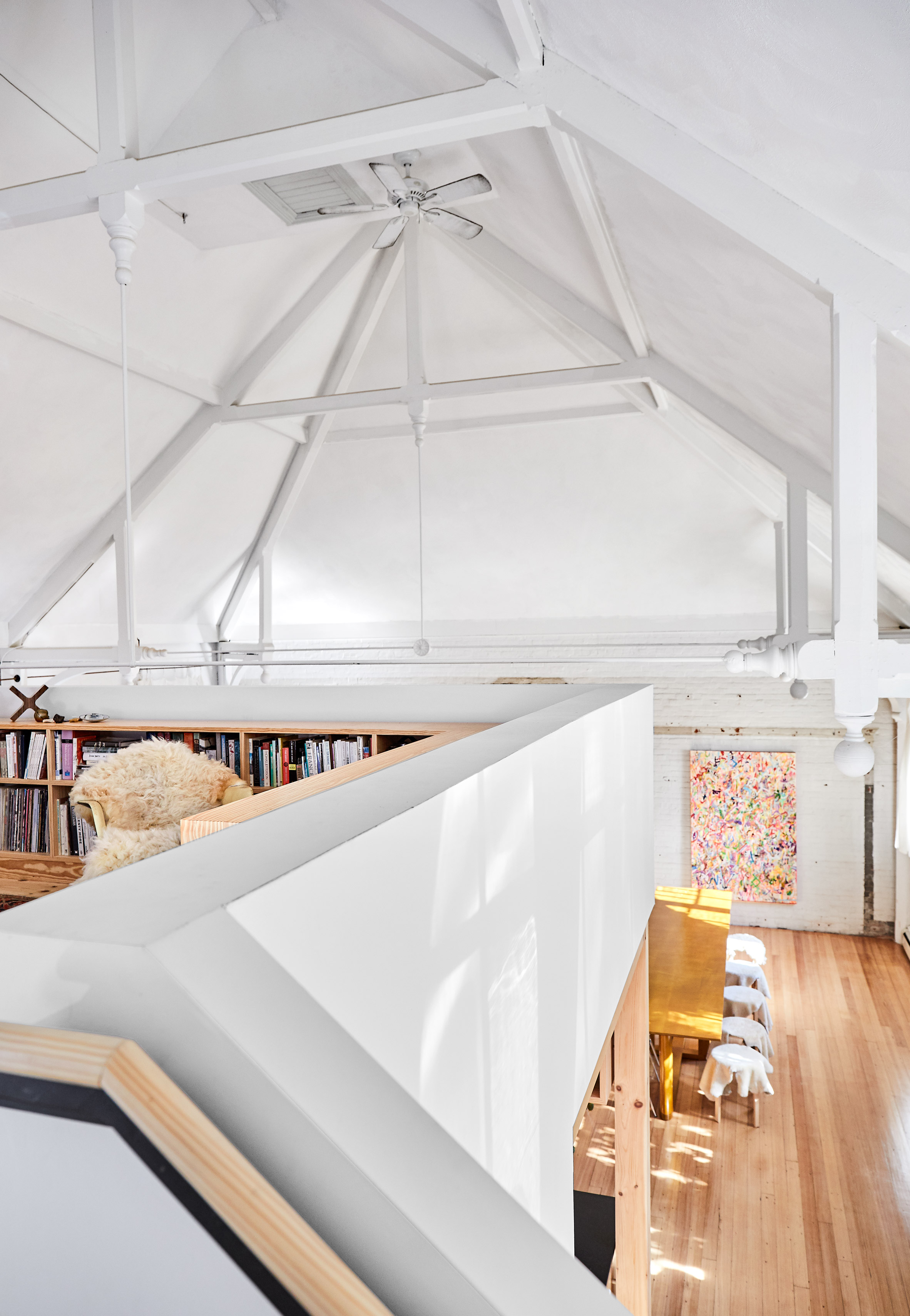 McDonough is a co-founder of Lotuff leather, and is also active within the Rhode Island design scene.

Laurenzi, who is based in the nearby city of Providence, chose pieces created by Rhode Island designers or graduates of the Rhode Island Design School to furnish the home. 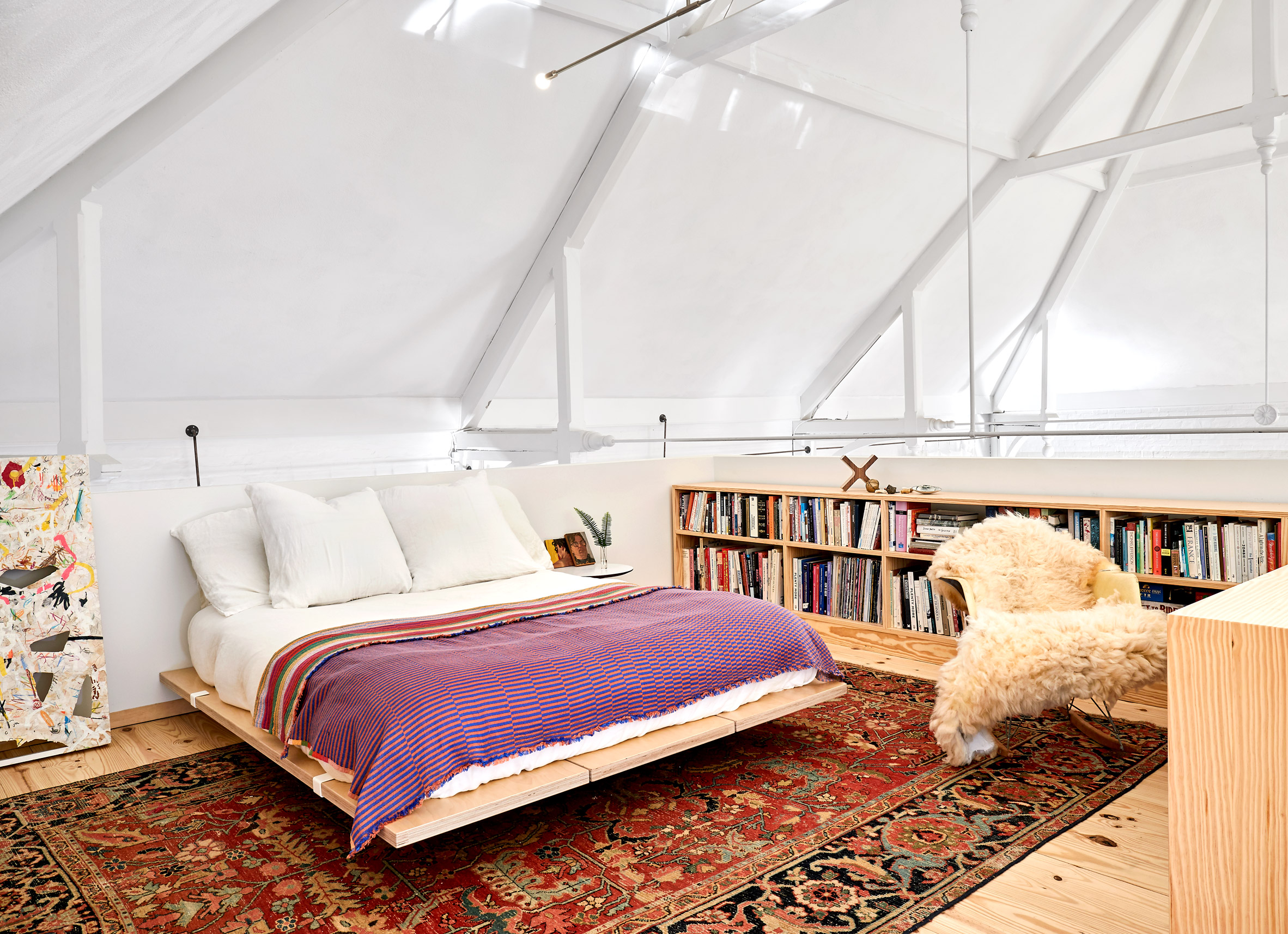 They include a dining table made by O&G Studio and a rug by Jungil Hong and Andrew Mau.

“Many of the artwork, furniture, textiles, lighting and objects were made by local artists/designers/makers in Rhode Island or associated through RISD,” she added. 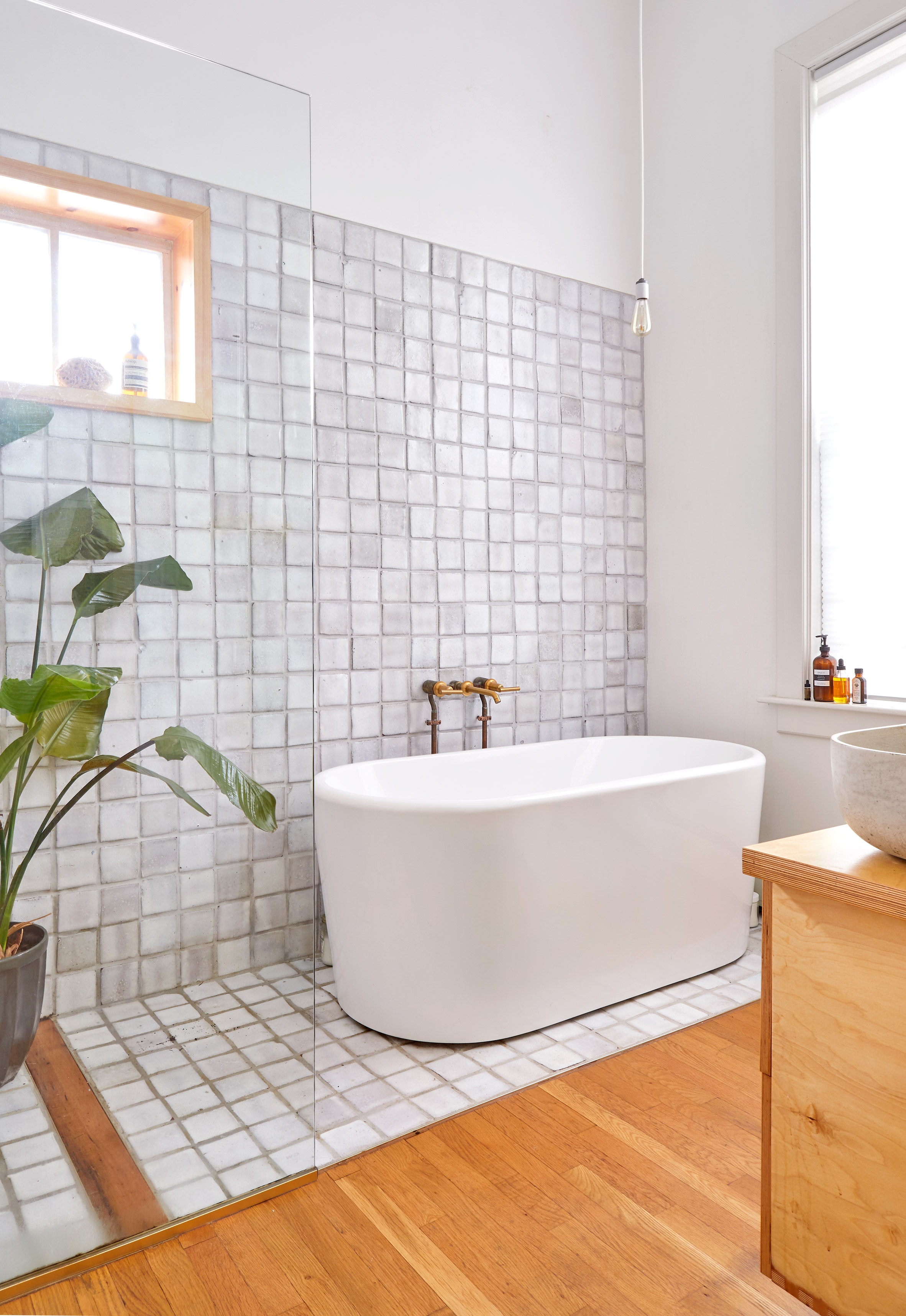 A corridor leads along one side of the house to the back suite, which contains the master bedroom. It offers a bit more privacy than the lofted space, and has its own ensuite, which was finished using found tiles.

Other homes in Rhode Island include a home covered in charred timber by Bernheimer Architecture and a tiny cabin that serves as a retreat and studio for an artist in Providence.