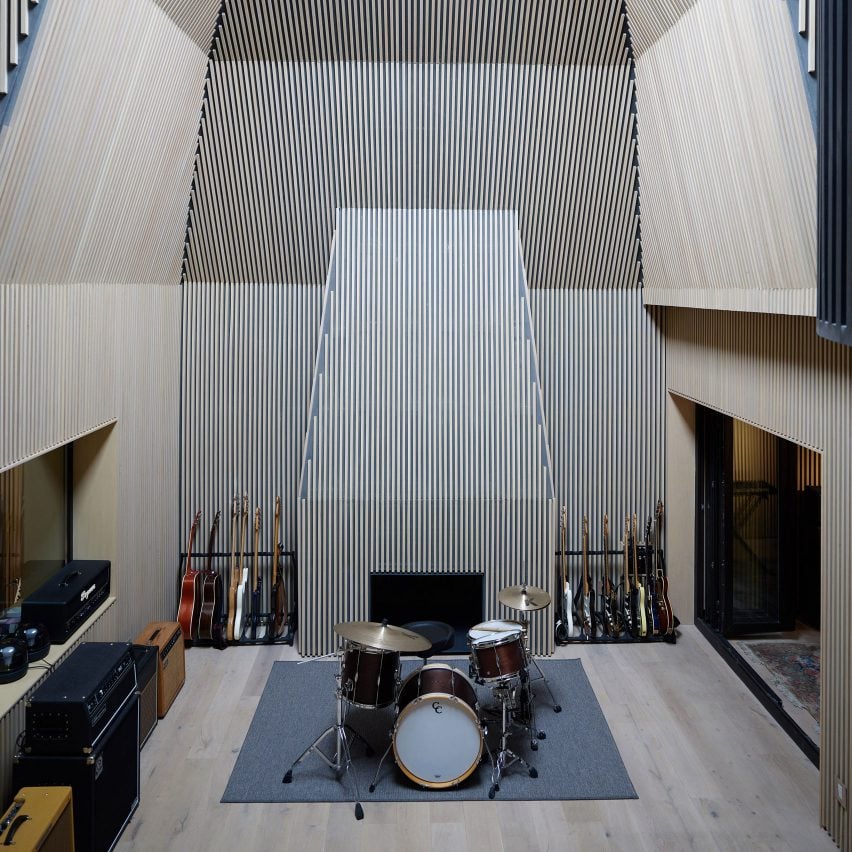 Mexico City studio Goko has topped this music studio with a large “skyspace” to flood it with natural light. 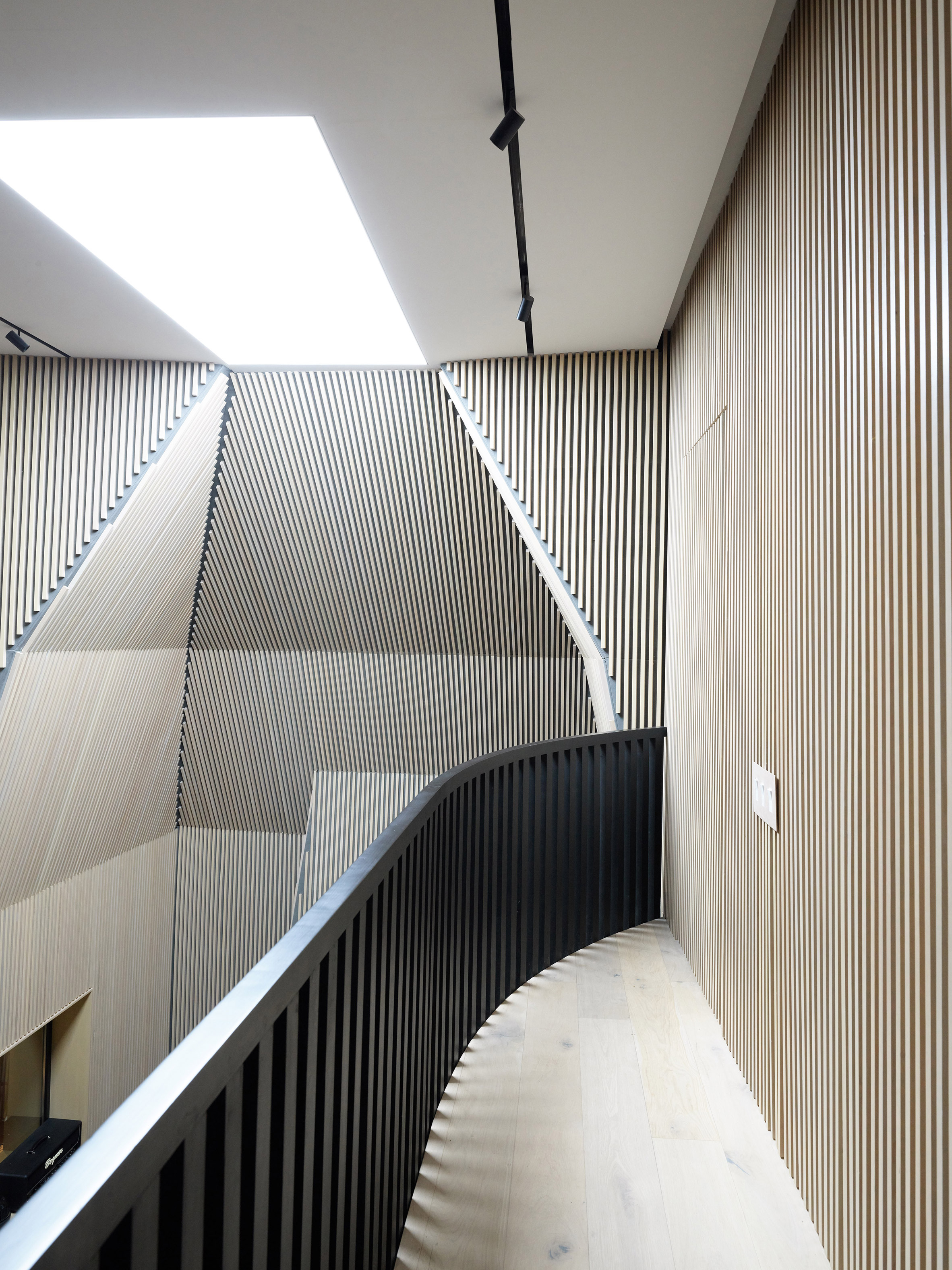 Goko renovated a house built in the 1920s to create Chapel Studio with space for recording, meetings, hosting parties and accommodating overnight guests.

The studio, founded by Mexican architect Christopher Koehn, wanted the music studio to be open and bright, instead of dark and confined. 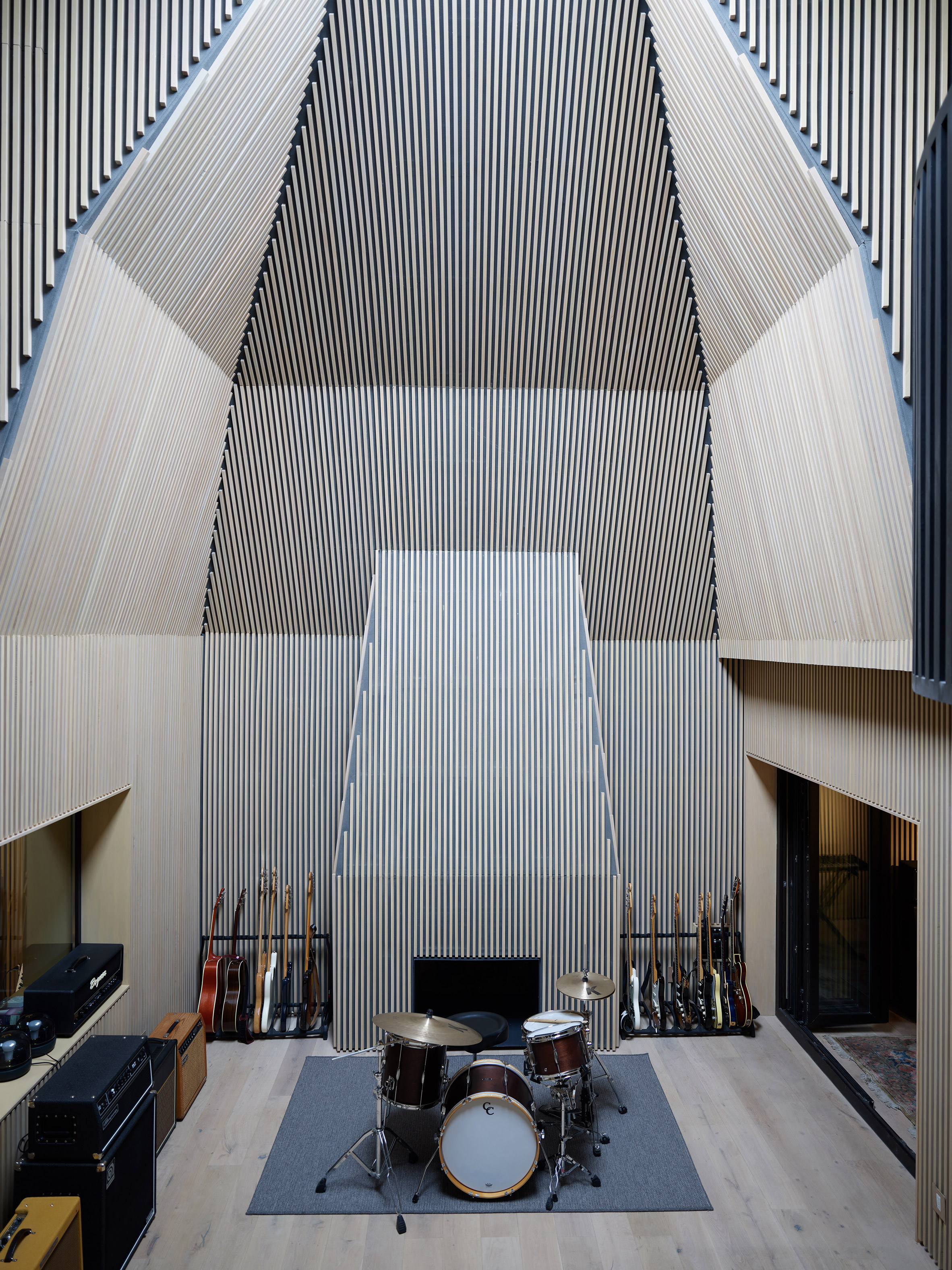 A large skylight punctures the centre of the double-height ceiling inside Chapel Studio. The surrounding walls are each angled slightly differently to disperse the light throughout the space. 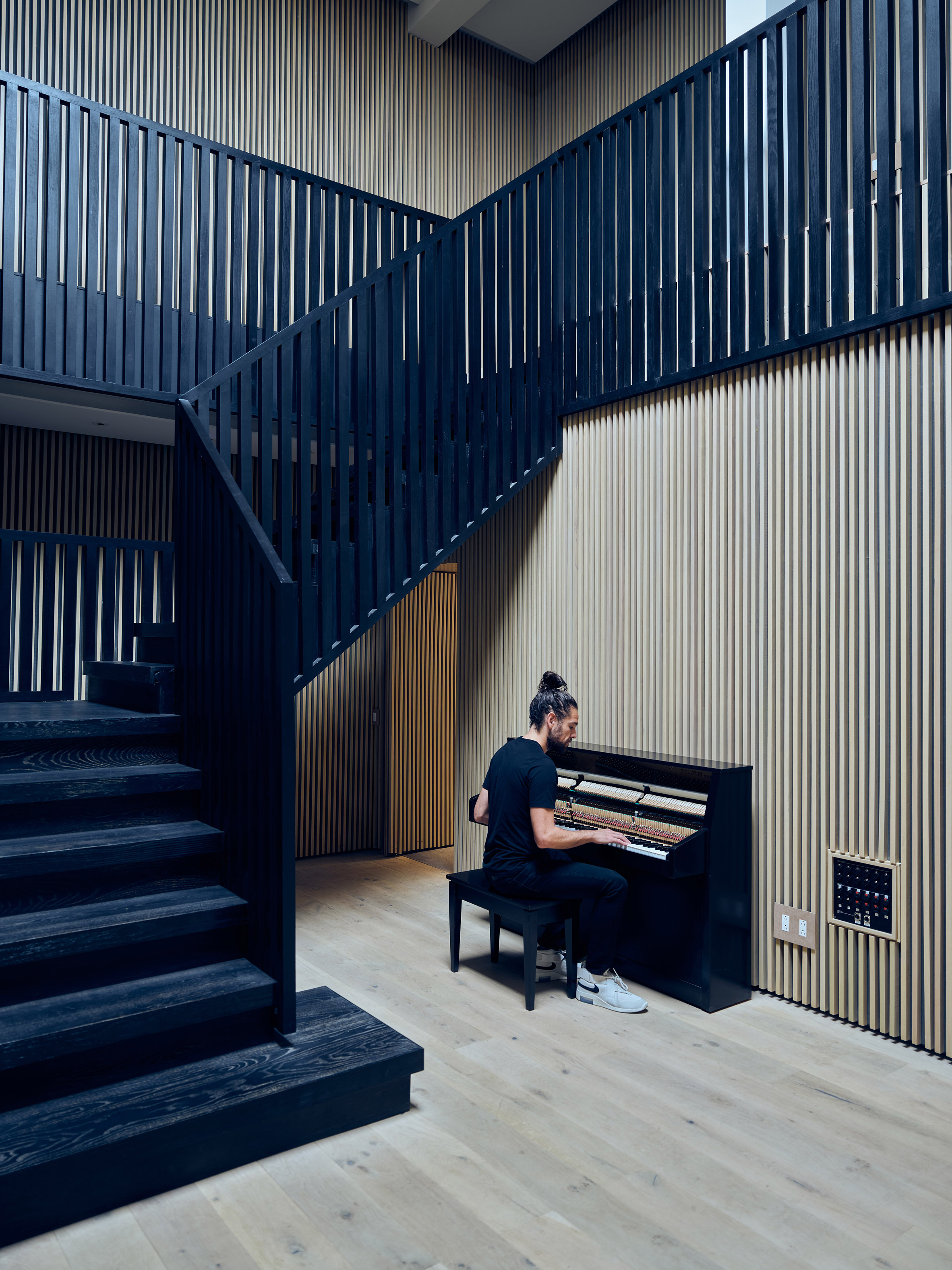 “On the double-height central room we opened a ‘skyspace’ over the dome to inject natural sunlight into the core of the project,” Goko continued.

At the studio’s entrance, the studio designed a dimly lit hallway leading to double doors that open to a luminous area known as The Chapel. It said the interval draws on the Japanese ideal Ma, which can be translated as gap or space. 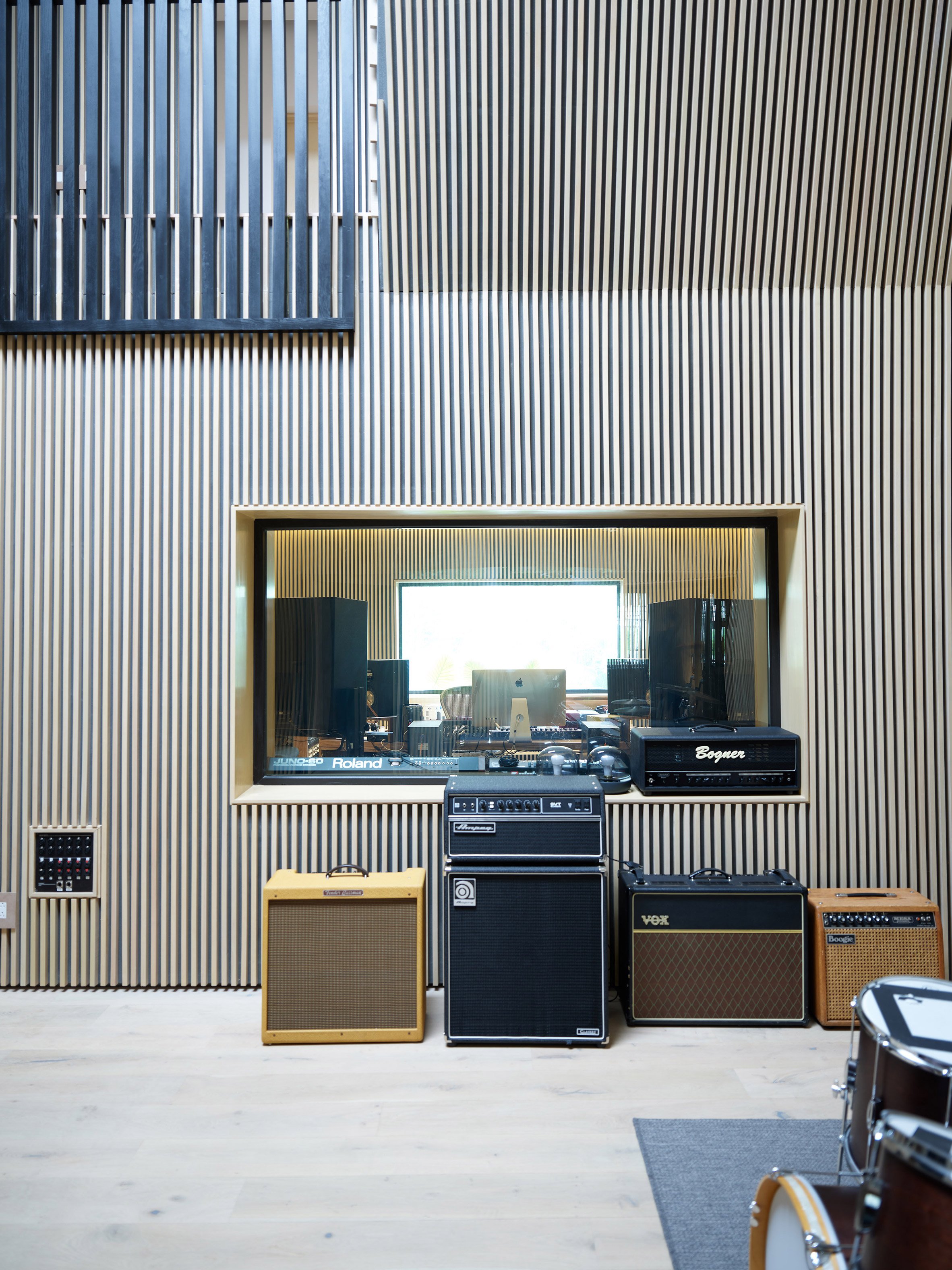 “You enter through a very dark, acoustically isolated tunnel with an atmospheric sound triggered by the body’s movement,” the studio added.

Vertical wood slats cover the walls in the main recording area and the smaller control and meeting rooms. The strips of wood conceal bulky wall tiles and acoustic equipment used in recording studios.

“Through this system we hid all the acoustic requirements of the project on the back of the walls and the door design integrates the same pattern to unify the space.” 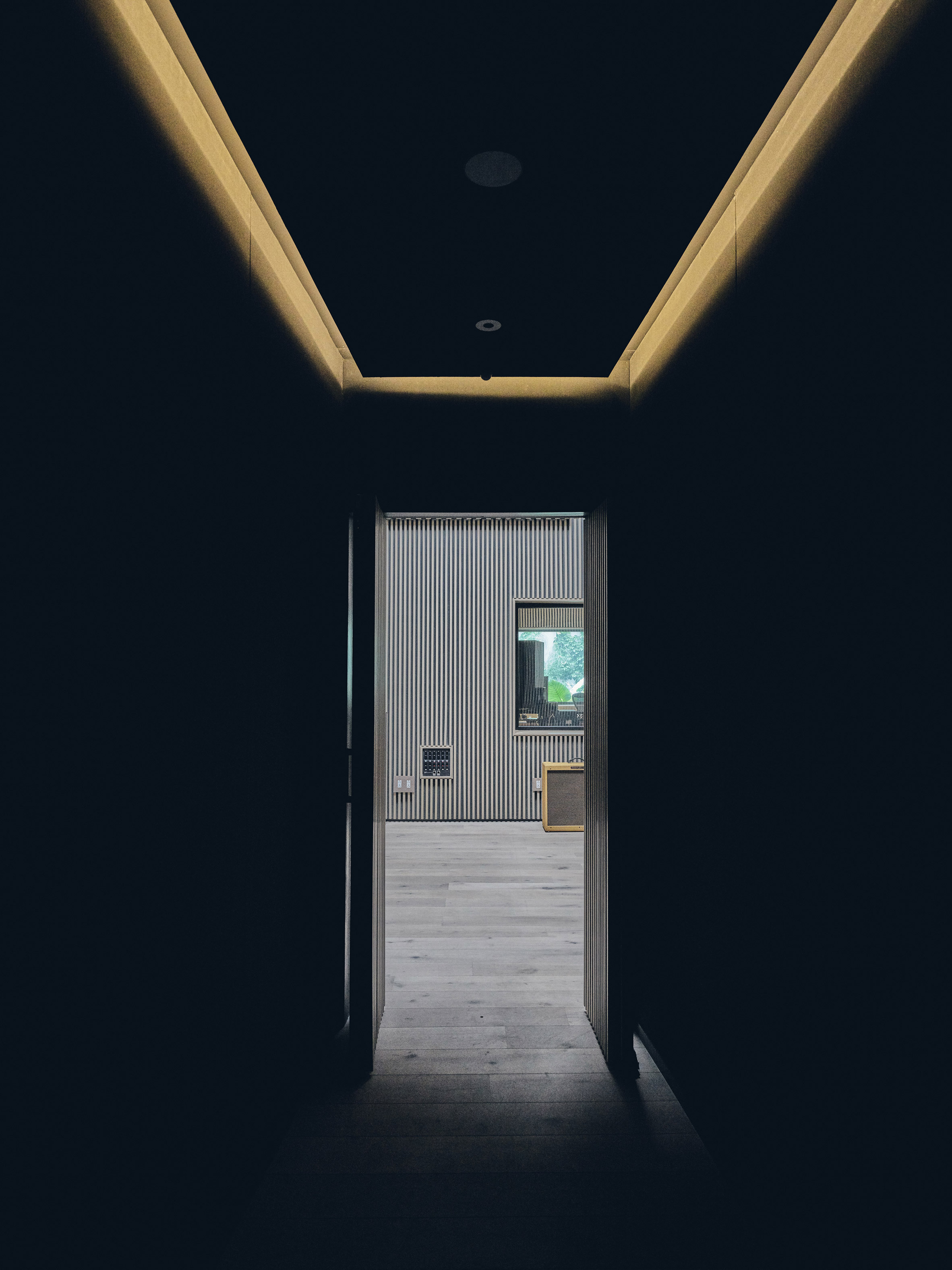 Large rectangular windows provide views to two courtyard gardens on the ground floor of the building. Plants and a wooden bench line the perimeter of the terrace located on the building’s rooftop. 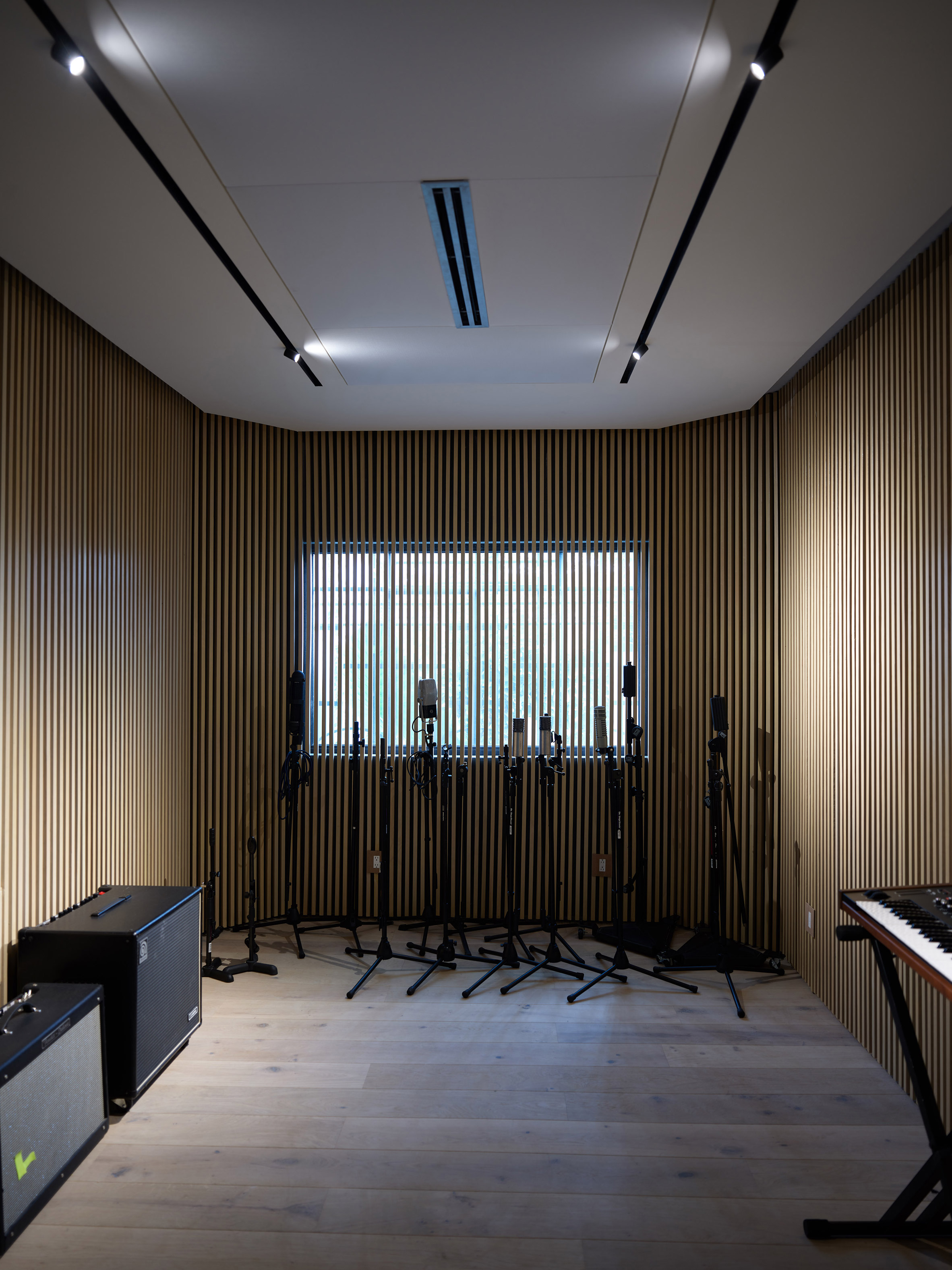 In addition to the recording and editing spaces, Goko has included several recreational rooms with couches and chairs and a full kitchen for entertaining clients. 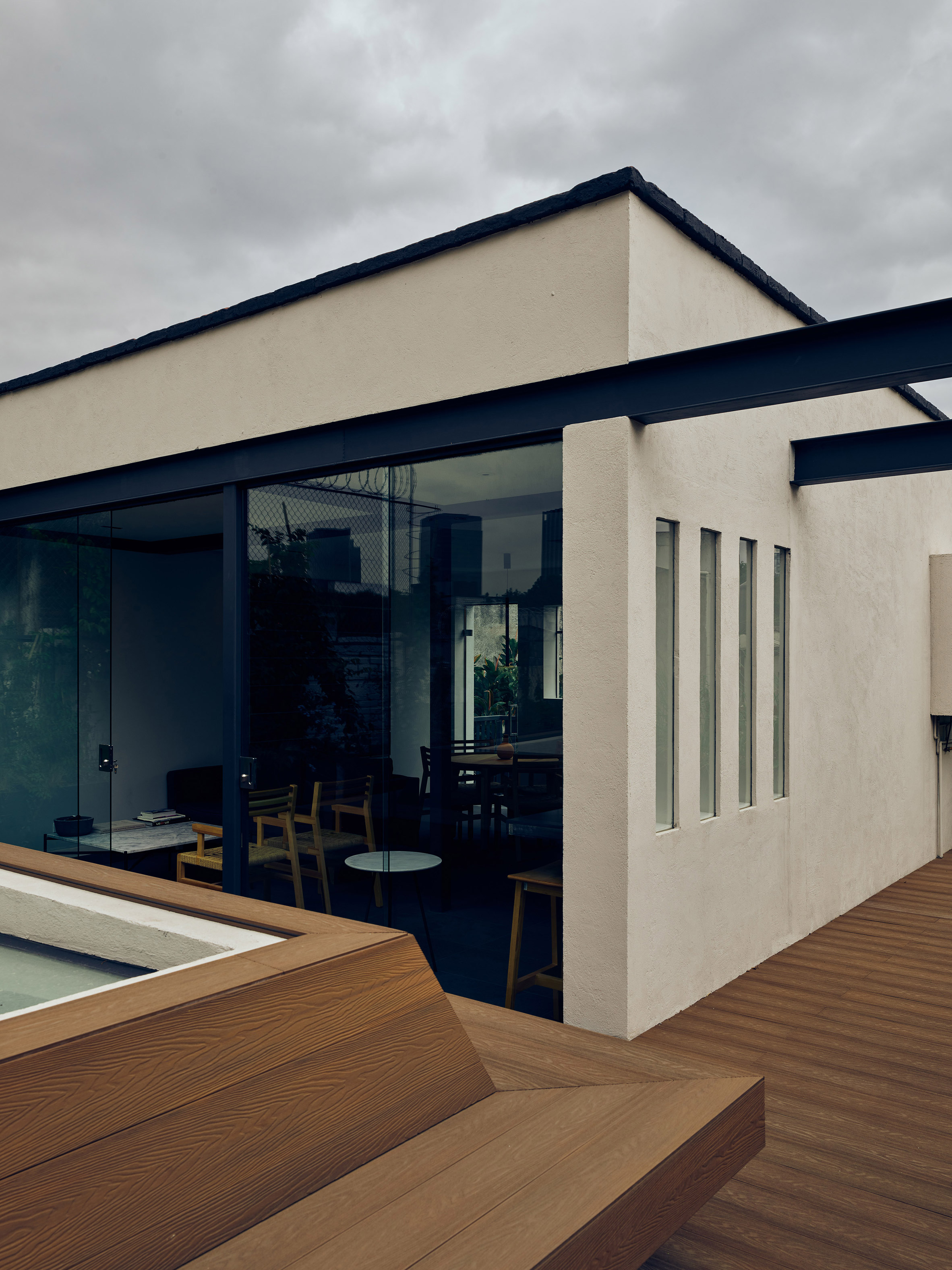 On the upper level there is a bedroom for accommodating out-of-town guests, as well as a television room and studio.

Goko is an architecture studio located in Mexico City’s Polanco neighbourhood. The firm’s other projects include a house with eight glass-walled gardens and an office with an upside staircase.

Photography is by Fernando Marroquin.