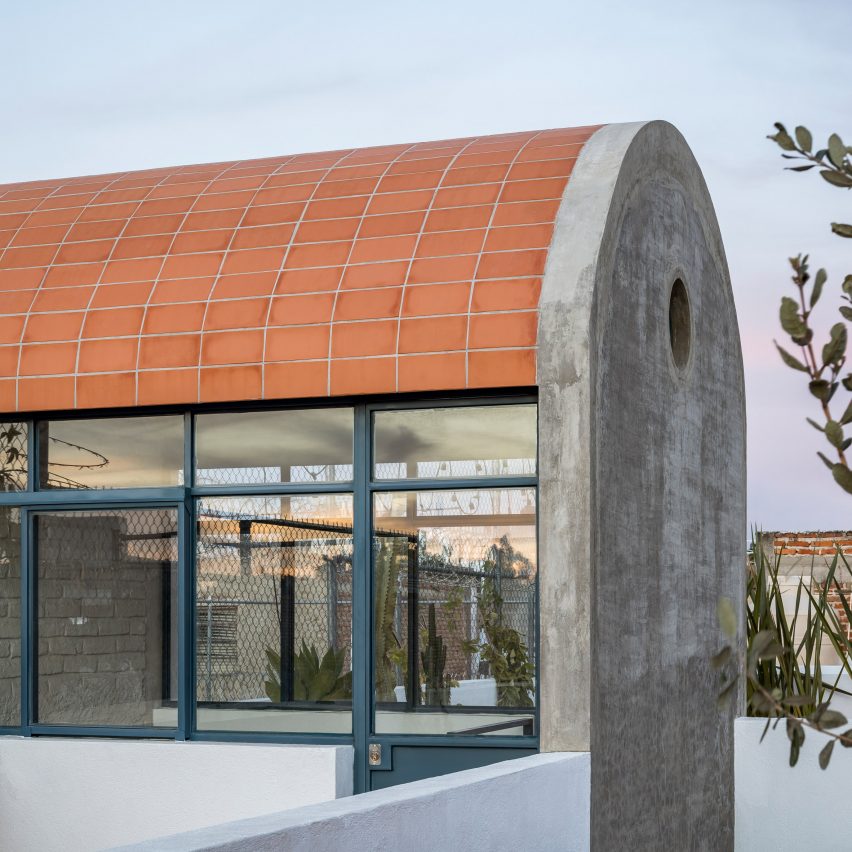 Lozano created four one-bedroom residences in a two-storey property located in the Santa Teresita neighbourhood of the Mexican city. 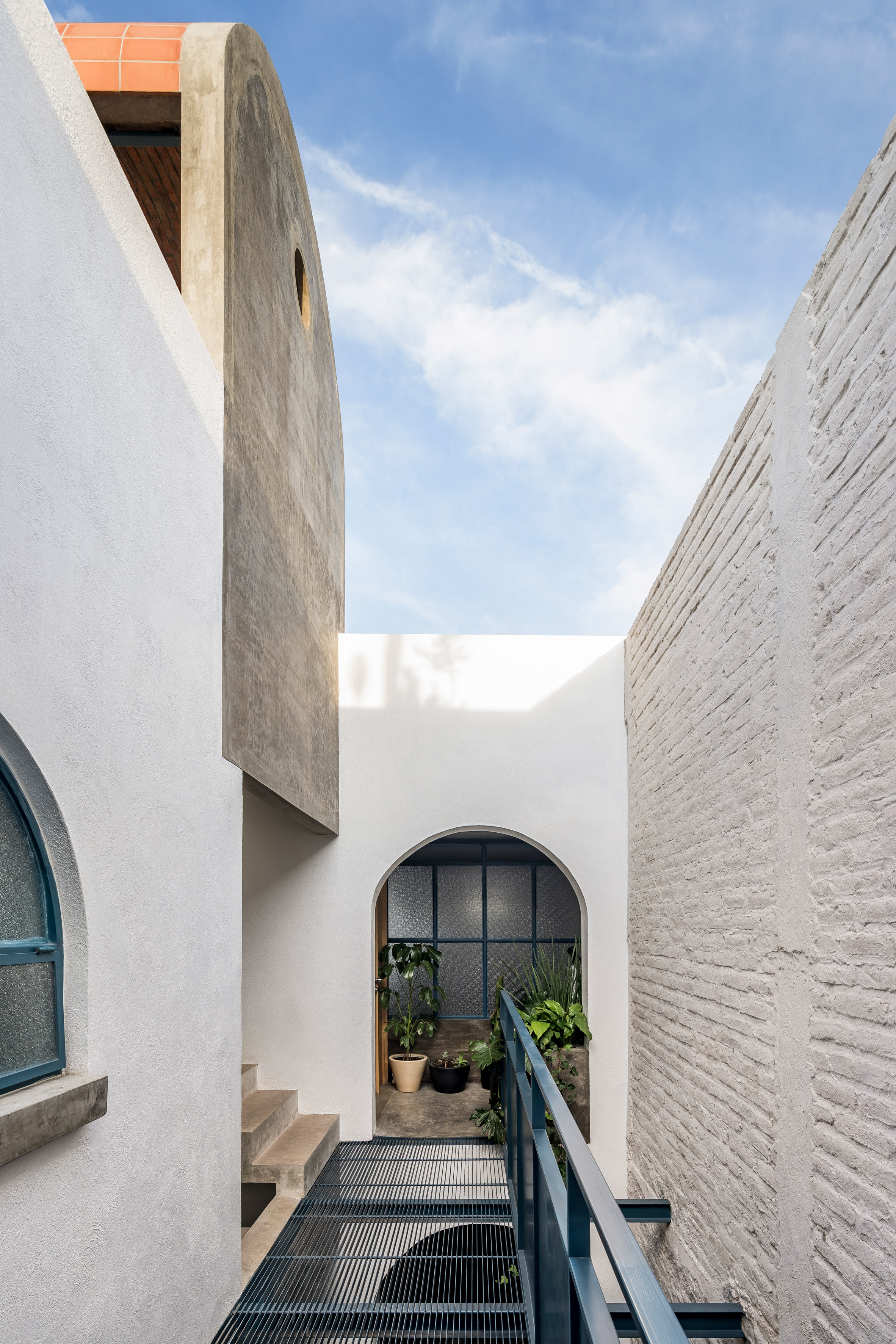 The architect said he designed the complex, called House B836, to follow as much of the existing layout as possible. Features include a pair of courtyards that allow for natural light to penetrate into each of the apartments and an internal staircase in the middle of the building. 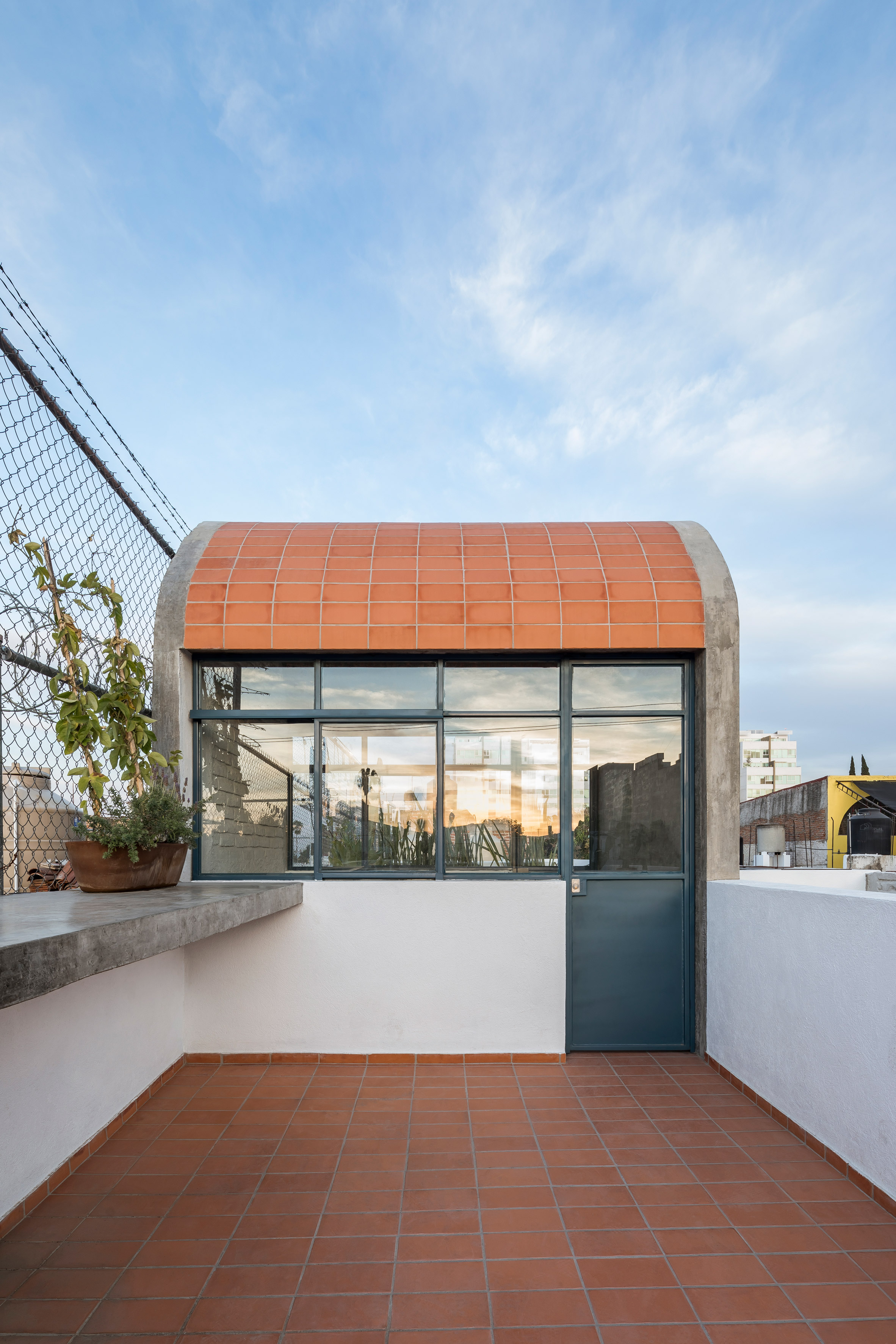 “The original structure of the house was conserved, achieving the perfect distribution of the four studios and demolishing only the necessary elements to generate much more open spaces,” he said. 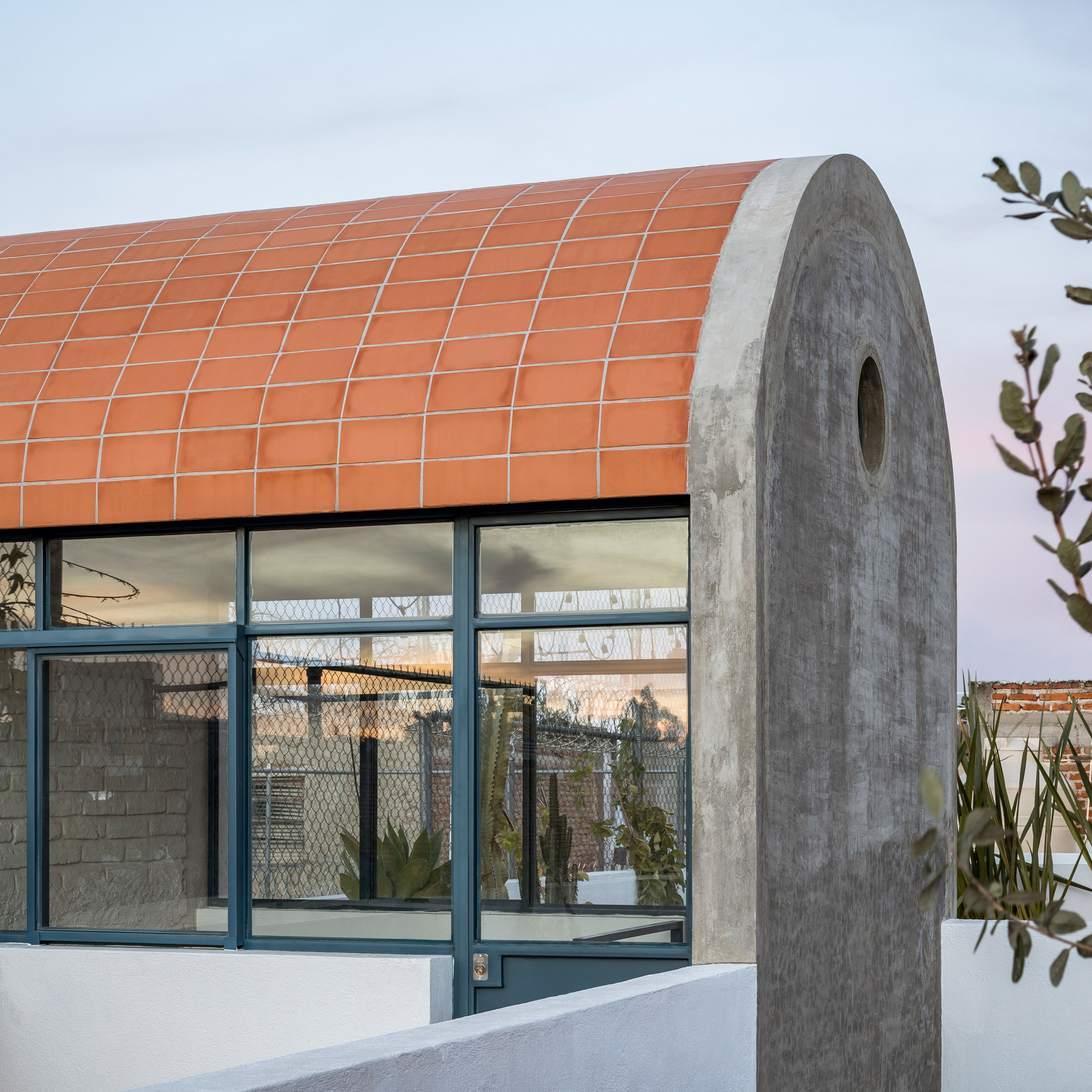 The stair connects the four units and leads up to a small volume that Lozano erected on the roof to offer residents access to a rooftop patio. The structure has concrete and glass walls, and a curved brickwork roof that is covered in terracotta tiles.

The arched roof mirrors the numerous archways seen in the project, such as arched windows and doorways. 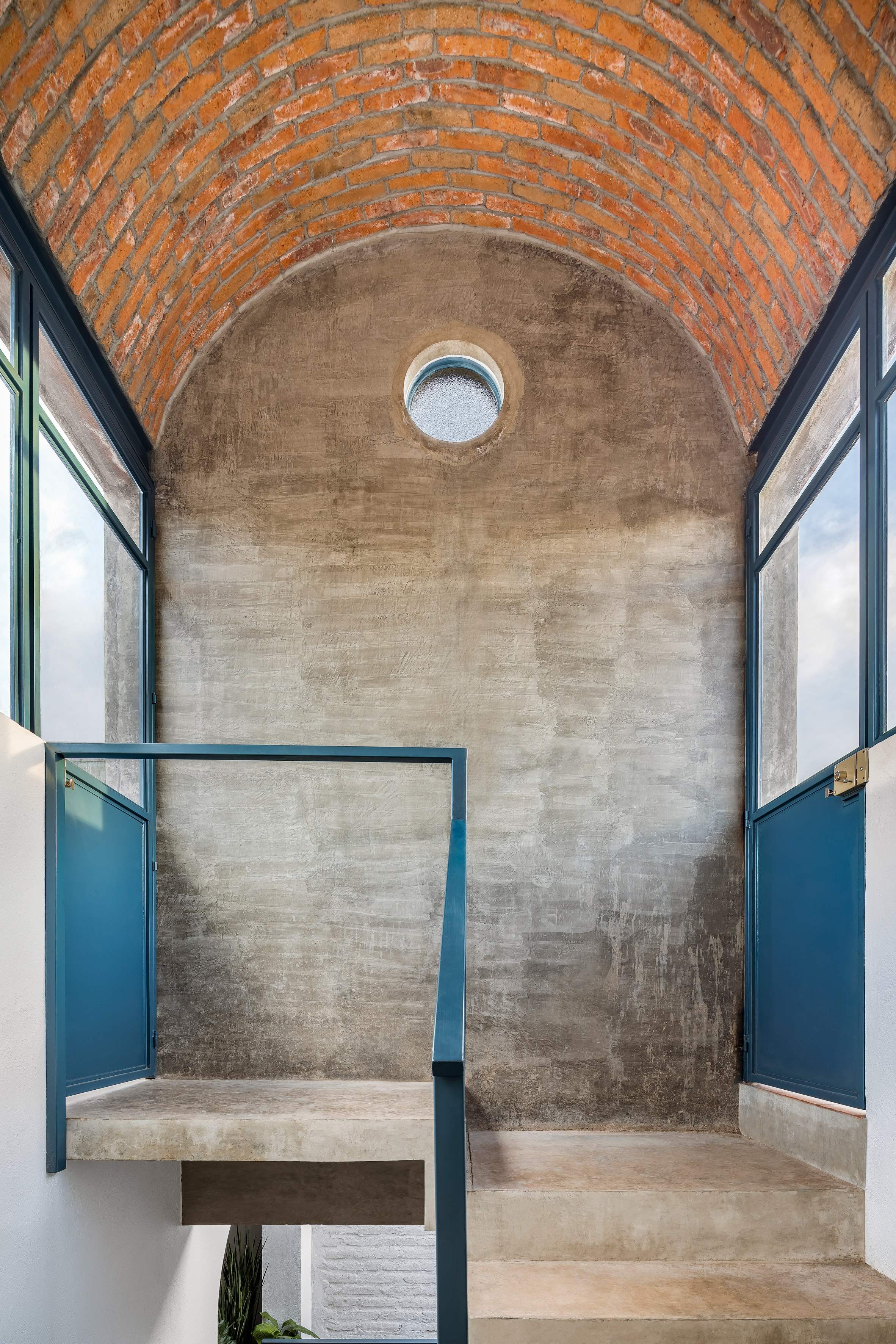 White walls feature both on the exterior and inside House B836, which was previously coloured a dark yellow outside. Lozano said the colour is a way to mix Mediterranean architecture with Mexican elements to create a new style he calls “Mexiterraneo”.

“The design intentions reaffirm the searching of the office for picking up the line of the “Mexiterraneo”, in which materiality was selected by its freshness and sobriety they provide in each of the spaces,” he explained.

Lozano also used the term to describe his renovation of a 1970s house in the nearby city of Zapopan. Called Casa A690, it similarly includes a mix of Mediterranean and Mexican aesthetics.

At House B836, a rough stone wall in one of the courtyards offers a contrast to the texture of the smooth concrete floors inside the units.

The interiors combine the industrial quality of exposed steel beams and concrete, which is also used to create benches and tabletops, with softer surfaces. Plywood clads interior walls, forms built-ins for seating and serves as kitchen cabinetry.

Lozano has also painted a number of the doors and exposed beams blue to match the colours of windows and doorways.

“This way, using concrete, wood, blue-painted ironworks, and clay elements such as the vault that culminates on the top level of the building, honouring the range of local materials,” Lozano said.

Details that round out the 250-square-metre project are woven rugs, globe light fixtures, pillows and potted plants.

In addition to House B836, Lozano has modernised another home in Guadalajara. He has also built two new residences, Casa G and RR House in Zapopan.

Photography is by César Béjar unless stated otherwise.