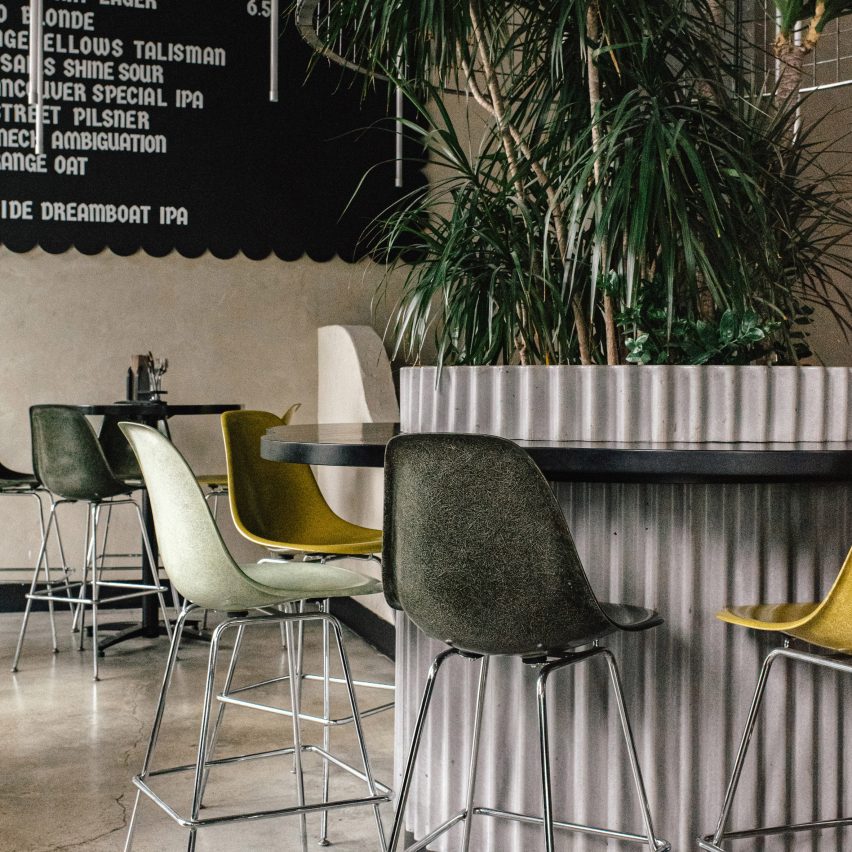 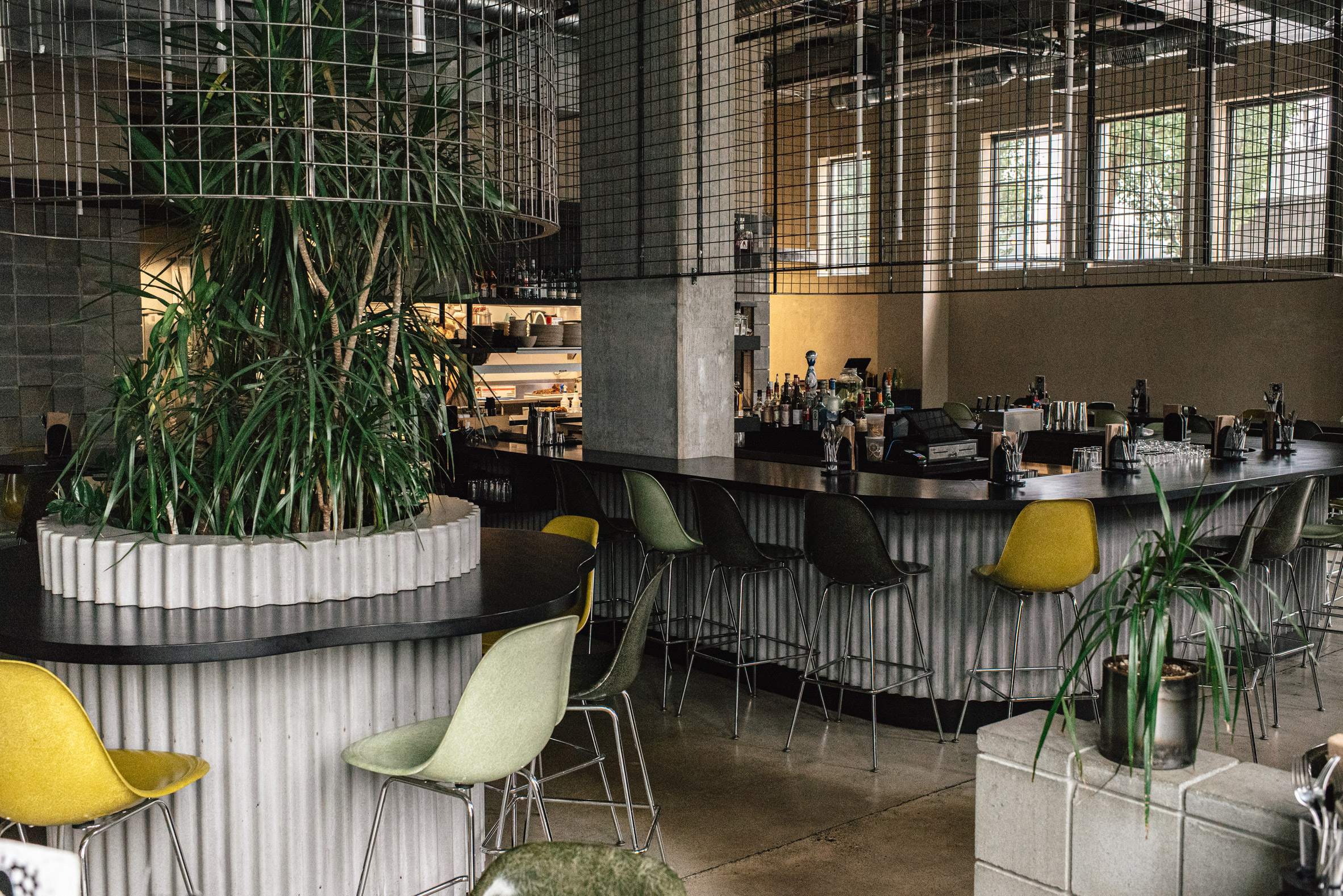 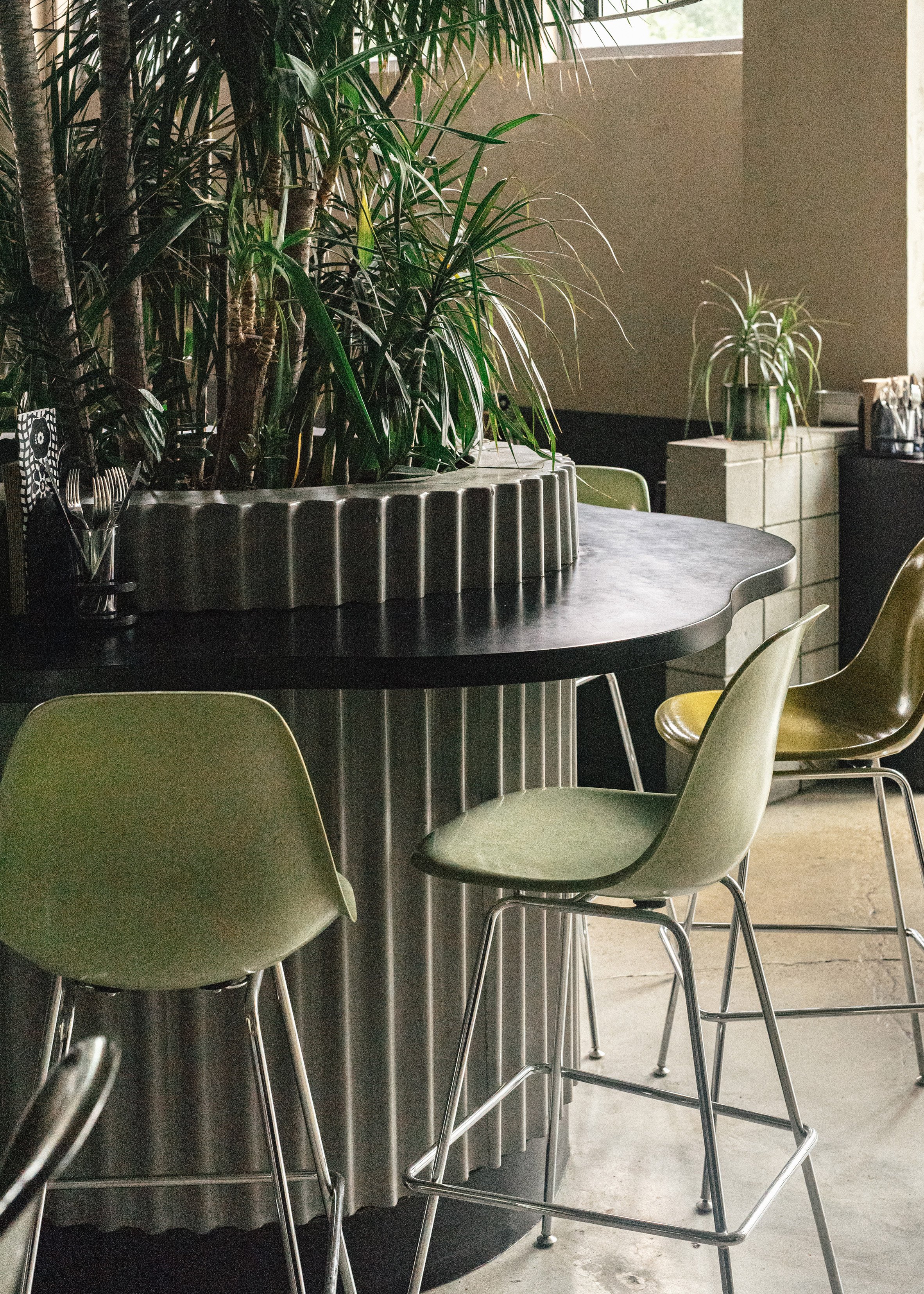 “The industrial quality of the space is emphasized through the use of minimal and unfinished materials such as concrete, steel, plaster and wood paired with a muted colour palette of greys, greens and black,” September said.

There is roughly 100 moulded fibreglass dining chairs by mid-century designers Charles and Ray Eames in a variety of green and yellow colours. Other curved details, including rounded edges on tables and pony walls, reference the shape of the chairs. 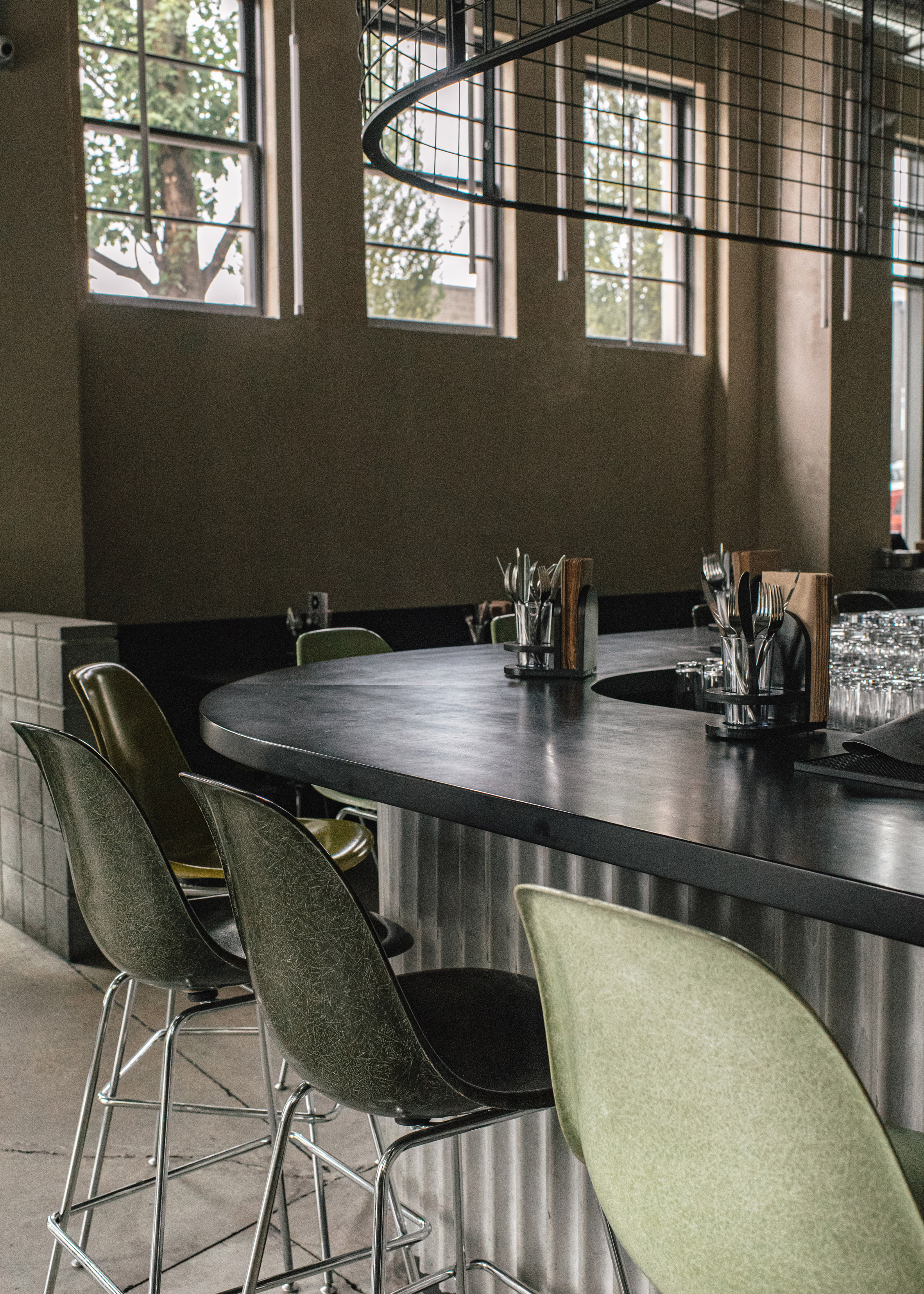 September sought to strike a balance between the building’s industrial past with the eatery’s Mexican menu and opted to reference the 1960s countercultural movements with a floral motif.

“The intention of the project was to reference both the existing spatial condition, that of the heritage industrial building, and contrast it with the non-traditional ethos that characterises the client and their food,” said the studio. 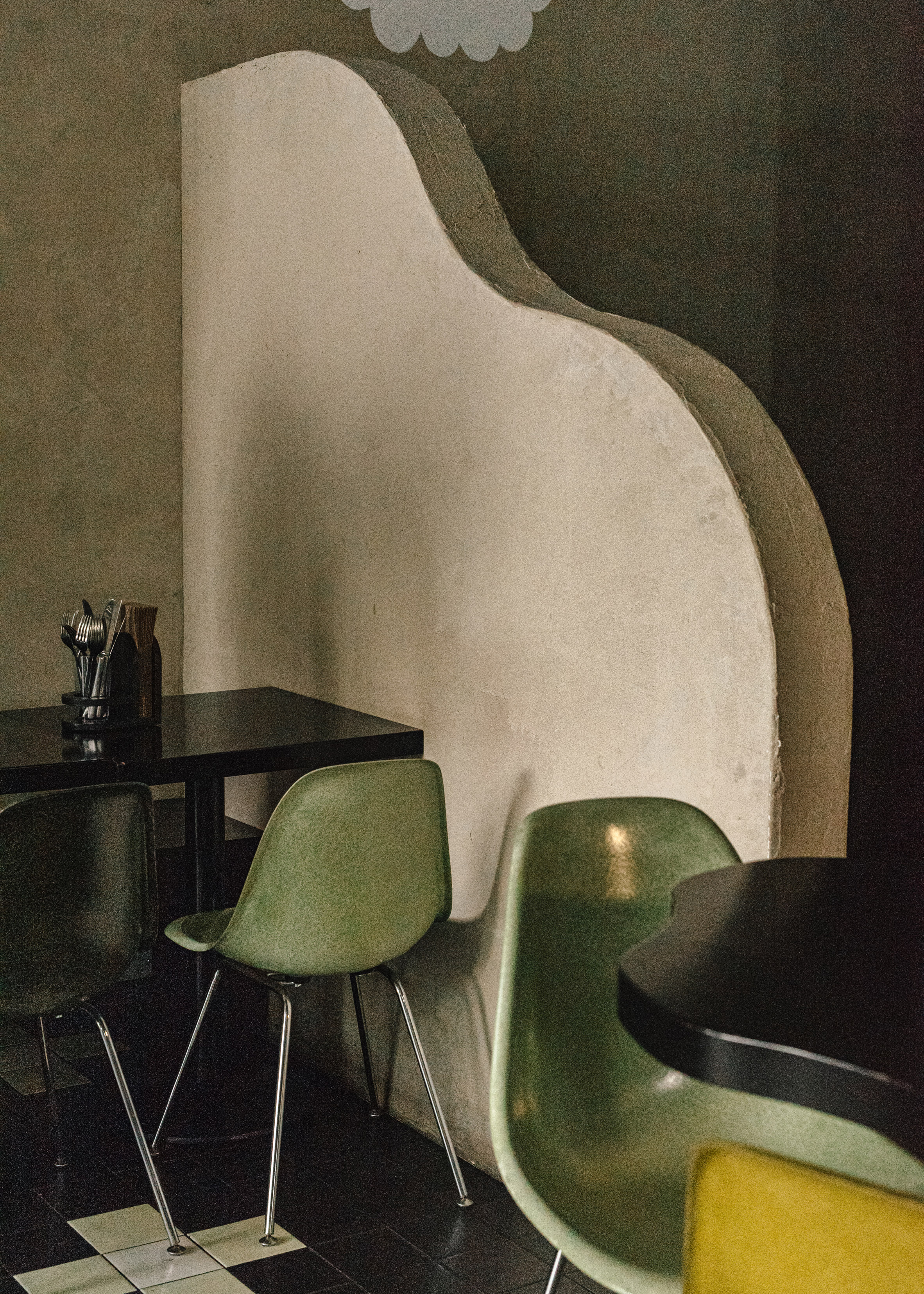 “These rough materials and minimal colours are contrasted throughout the space by the use of a formal flower motif,” it added.

The motif references “flower power” and is represented in the shape of a tabletop around a circular concrete planter. Smaller black tables repeat this flowery outline. 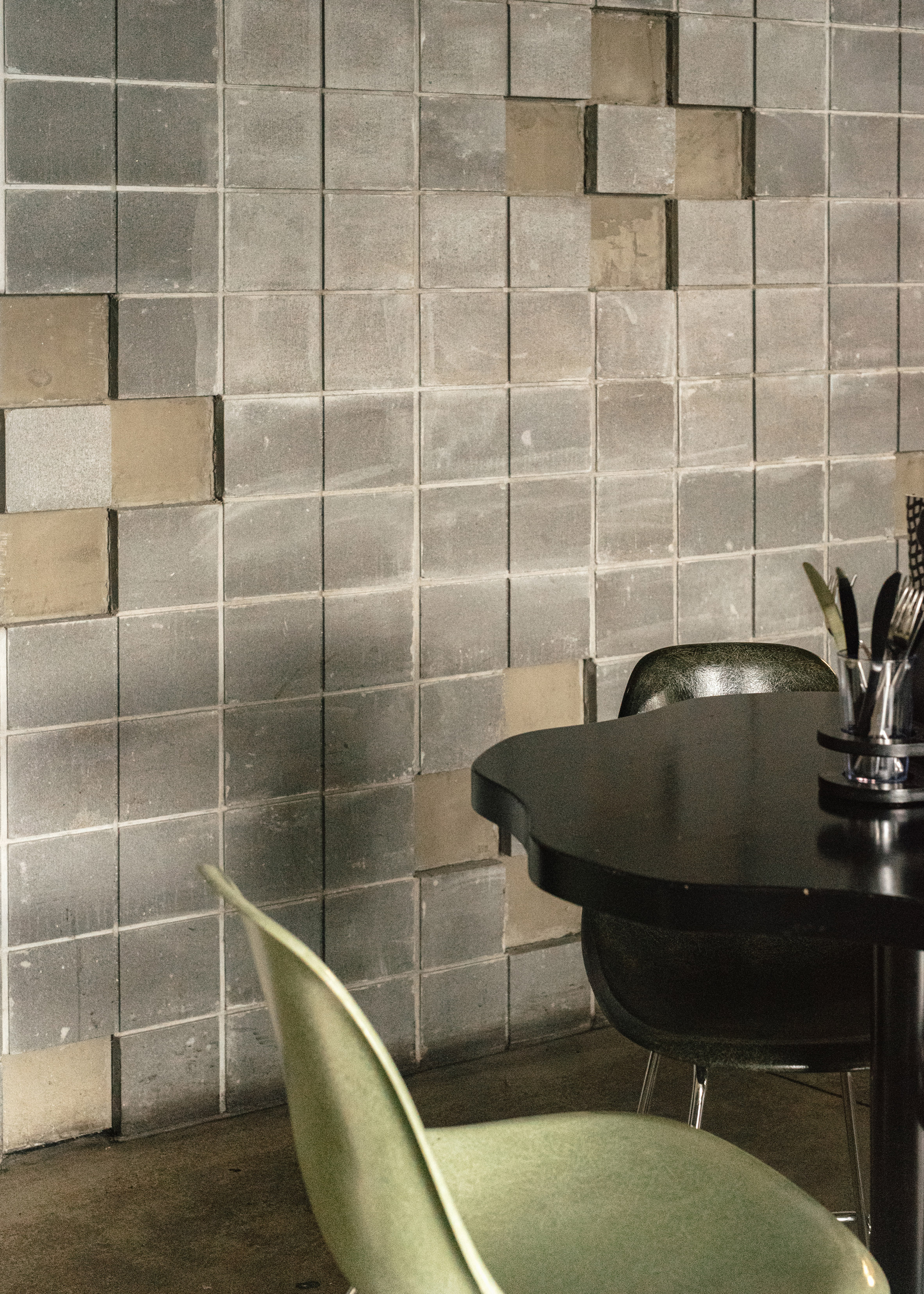 Foliage plays an important role in balancing between decoration and function, and large dragon trees fill the large urn.

“While there is always a tension between experimenting with form and providing the functionality and durability that is required in a restaurant, much like in folk-art the approach here was to integrate the ornamental and utilitarian,” September added. 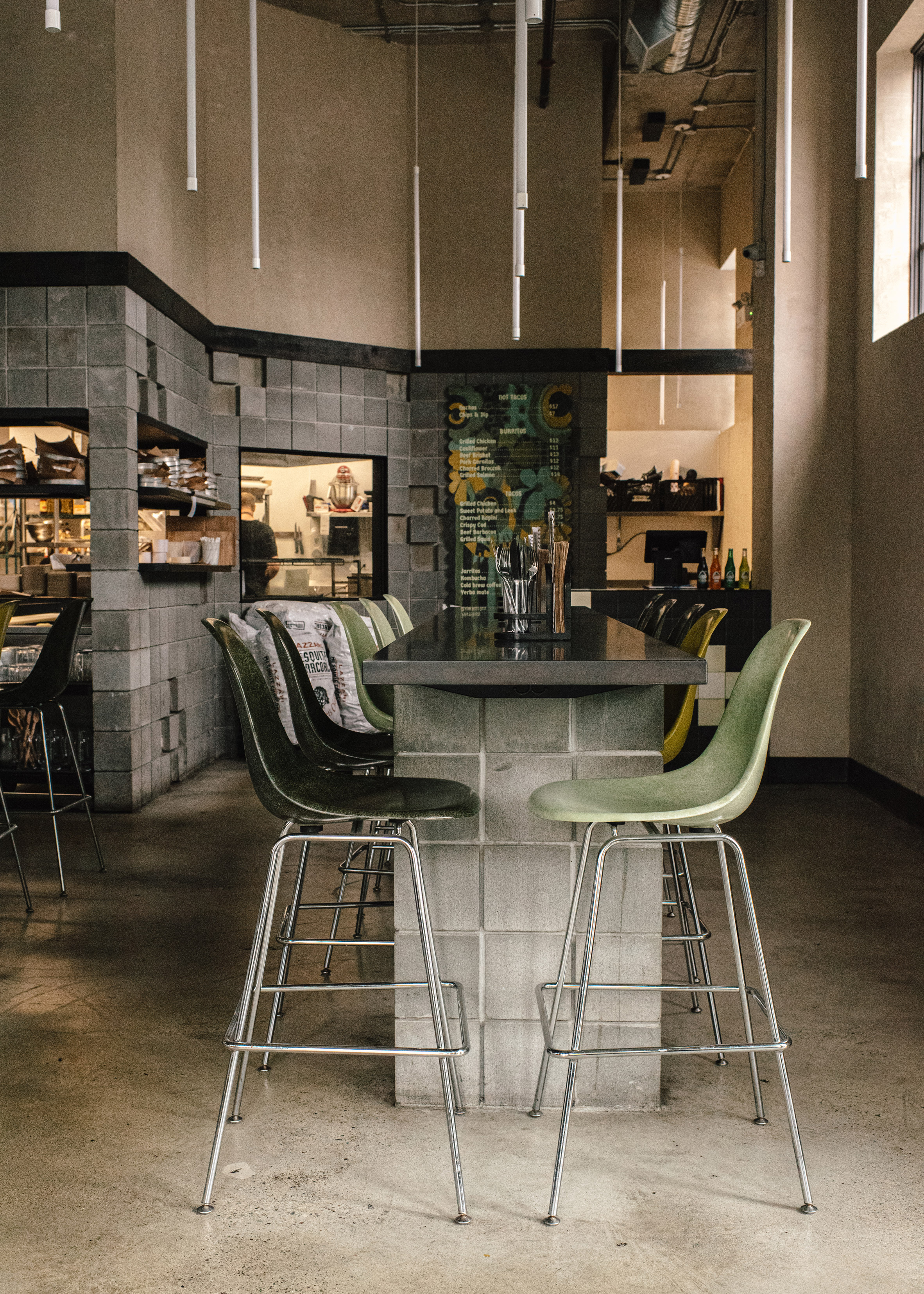 The studio was founded by Brendan Callander and Shiloh Sukkau in 2019. Before creating September, Sukkau also designed another outpost for Tacofino in Vancouver called Tacofino Oasis.

Photography is by Vishal Marapon