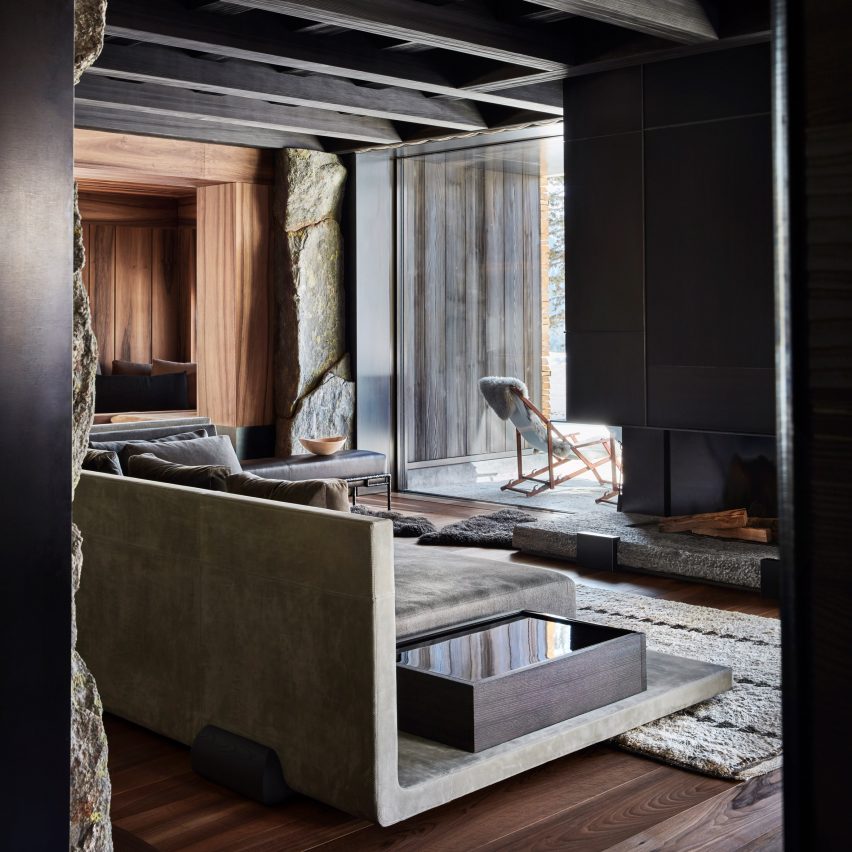 Parisian studio Liaigre has found a “new energy” since the departure of founder Christian Liaigre. Here’s a look at five new interiors projects, including a modern palace in New Delhi and a ski lodge in St Moritz.

Christian Liaigre led his interior design studio for 35 years, creating homes for the likes of Calvin Klein and Karl Lagerfeld.

When he retired in 2016, he handed the reins over to long-term collaborator Frauke Meyer.

Under Meyer’s lead, the studio is continuing to produce striking interiors for luxury villas. Examples include a Japanese home overlooking hot springs and a contemporary Bavarian mansion in Munich.

Five of these projects feature in a new book published by Rizzoli, Liaigre Creation.

Meyer told Dezeen the brand has upheld the same key principles since it was founded, but has recently found a new energy.

“Liaigre is defined by elegance and simplicity in forms,” he said, “contemporary interiors delivered through natural materials, a love of craft skills, a distinctive eye for details and proportions, and an absence of anything superfluous.”

“Each project is tailor-made and unique to each client, so the design has to be rethought for each new project.”

Here are all five projects that feature in Liaigre Creation: 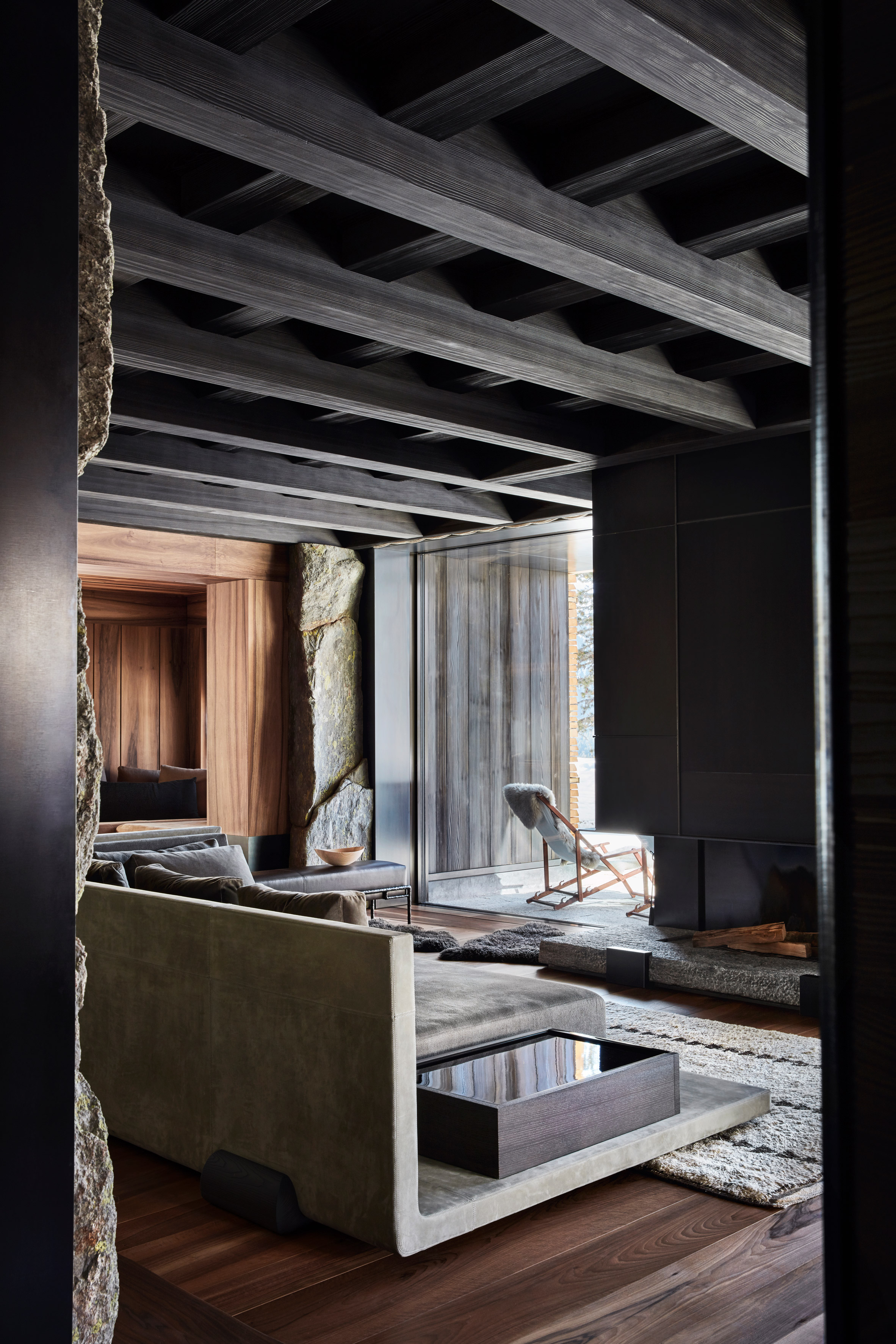 Liaigre refurbished a chalet-style building from the 1960s to create this winter retreat in snow-capped St Moritz.

A new basement was excavated to create a sauna and spa, and the granite sourced in the process now lines the living room walls. Walnut surfaces feature in the kitchen and dining room, while lavish furs and fabrics can be found throughout. 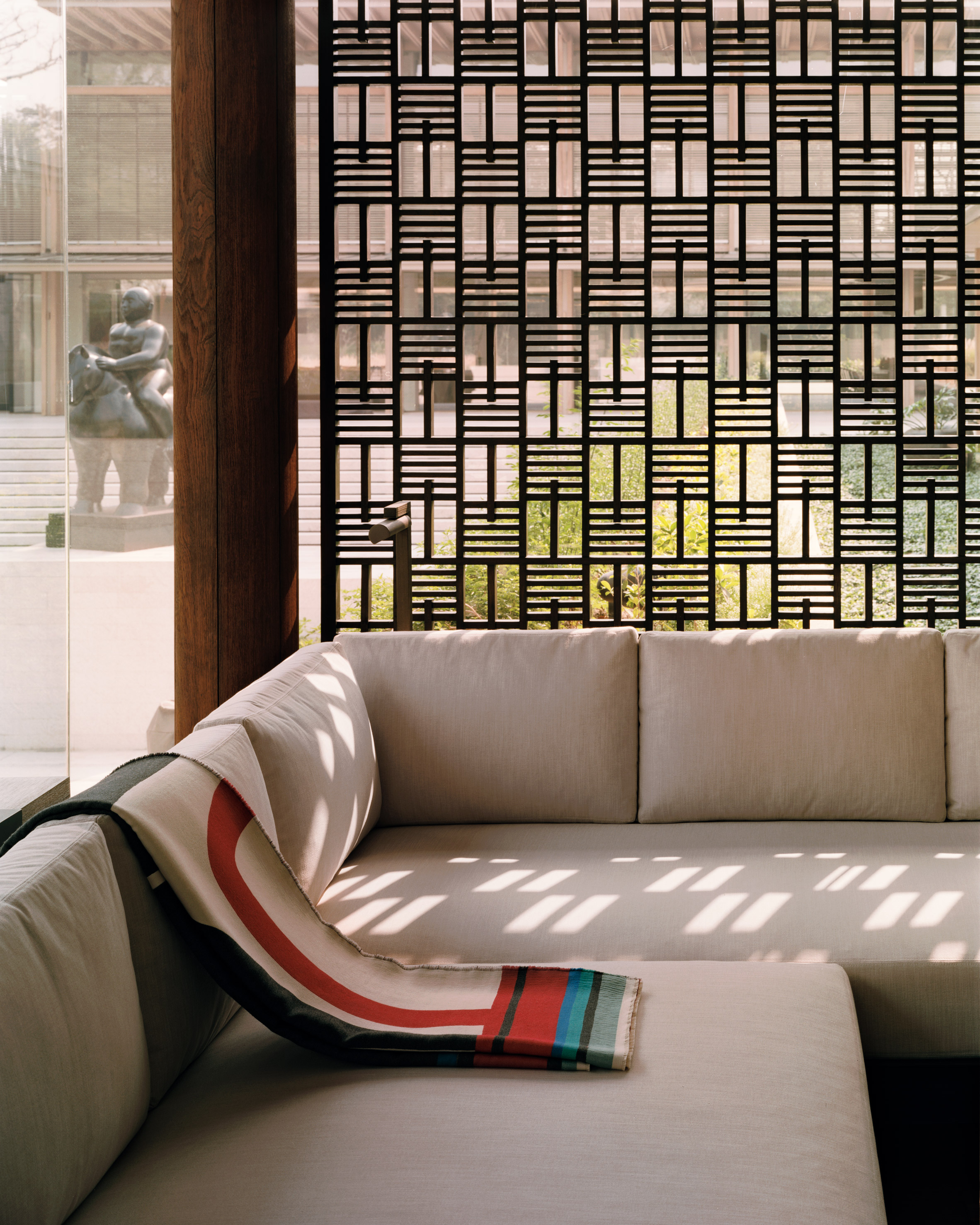 Liaigre aimed to reinvent the typology of a palace with this villa in the government quarter of New Delhi.

The extravagant property is filled with grand spaces, from the monumental staircase to the idyllic swimming pool. The material palette includes Carrara marble, brushed oak and silk, chosen to make the most of light and shadow. 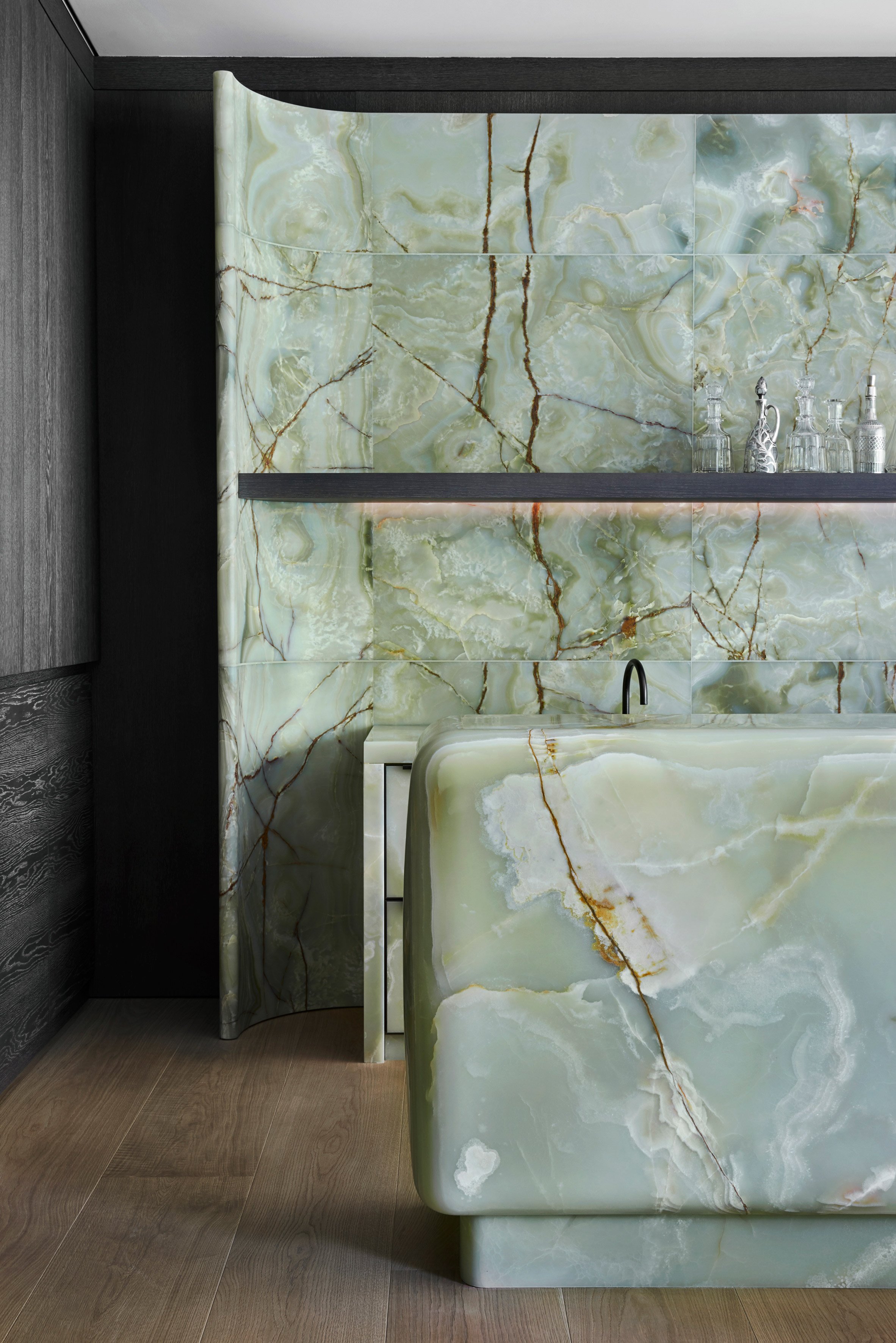 This family home in the heart of Munich is a celebration of marble. Designed in collaboration with architecture studio Powerhouse Company, it takes its inspiration from Milan’s celebrated Villa Necchi.

To resonate with the dark marble facade, Liaigre used the same material throughout the interior and also chose a striking green onyx for the bathrooms. 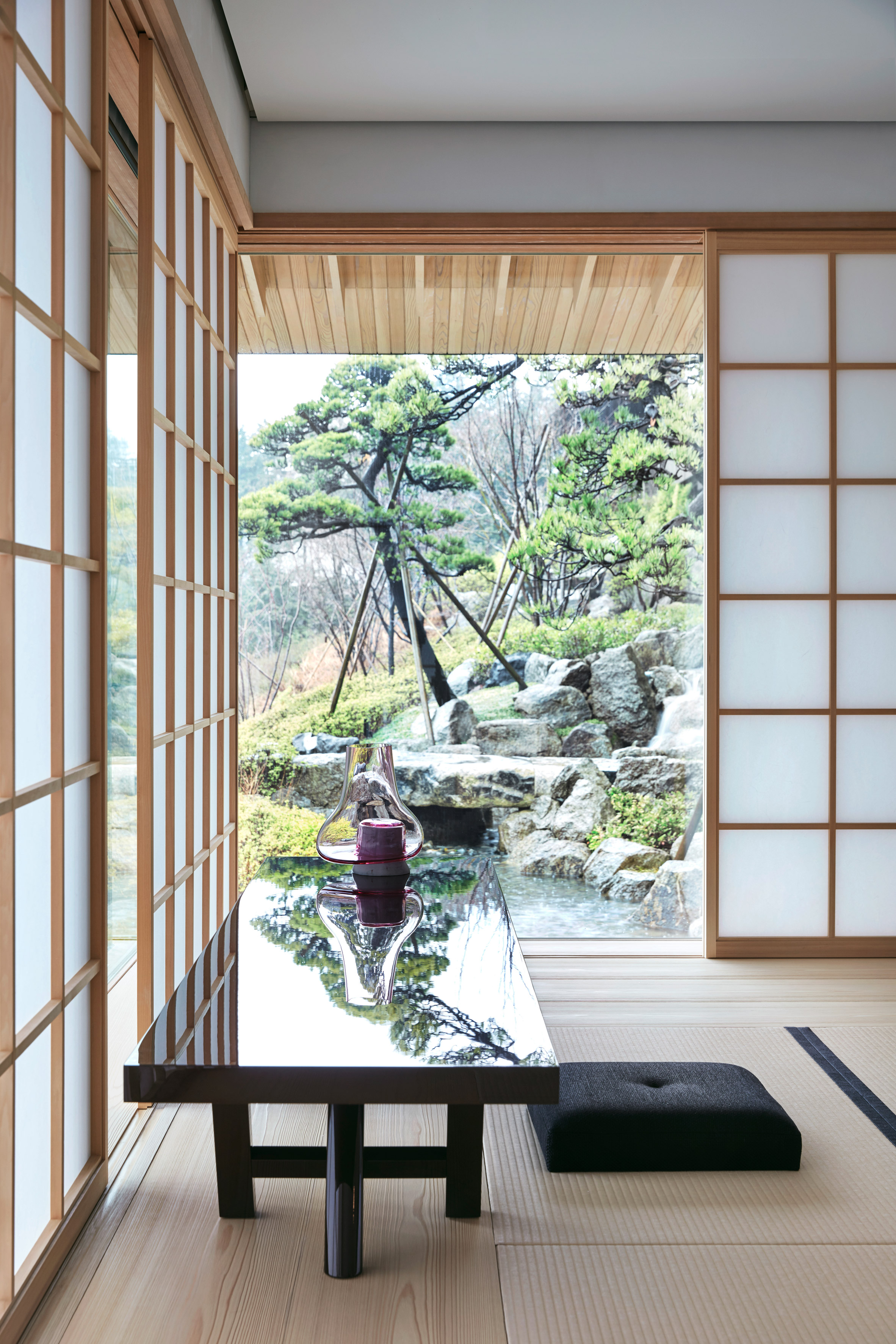 Materials like black-stained cedar and washi paper were chosen to reflect “the shades and tones of the mountains, rocks and greenery, together with the light and play of reflections on the lake’s surface”.

Standout rooms include a library with vibrant red walls and a tea pavilion filled with bespoke furniture. 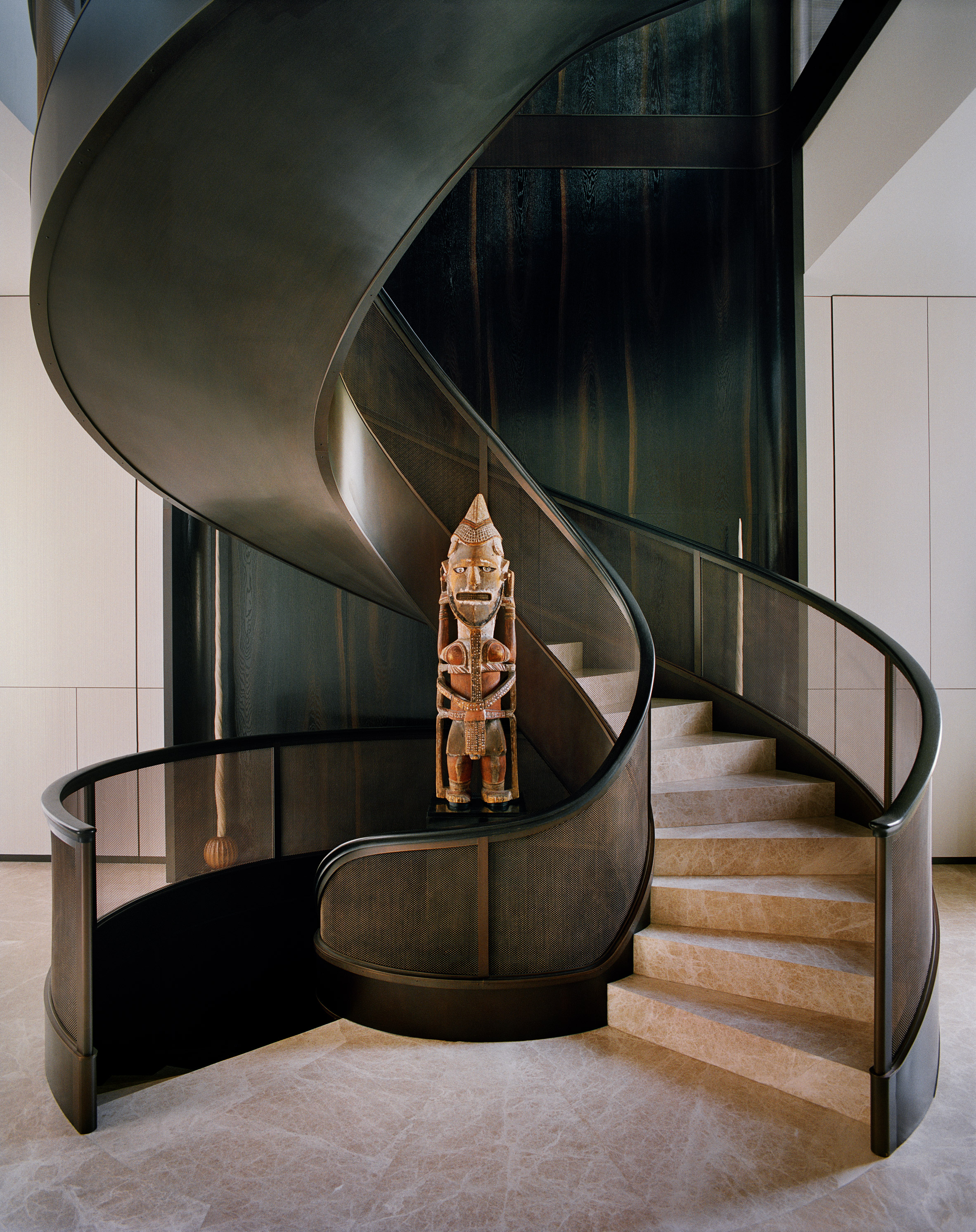 Located in Bois de Boulogne, this 1930s house has been renovated with an appreciation for the heritage of its setting.

A rich palette of materials features throughout, with highlights including a spiral staircase with a smoked-oak backdrop and doors with patinated bronze grilles. The clients’ collection of African and Oceanian objets d’art creates a series of surprising focal points.

Photography is by Mark Seelen, Ambroise Tezenas and François Halard.