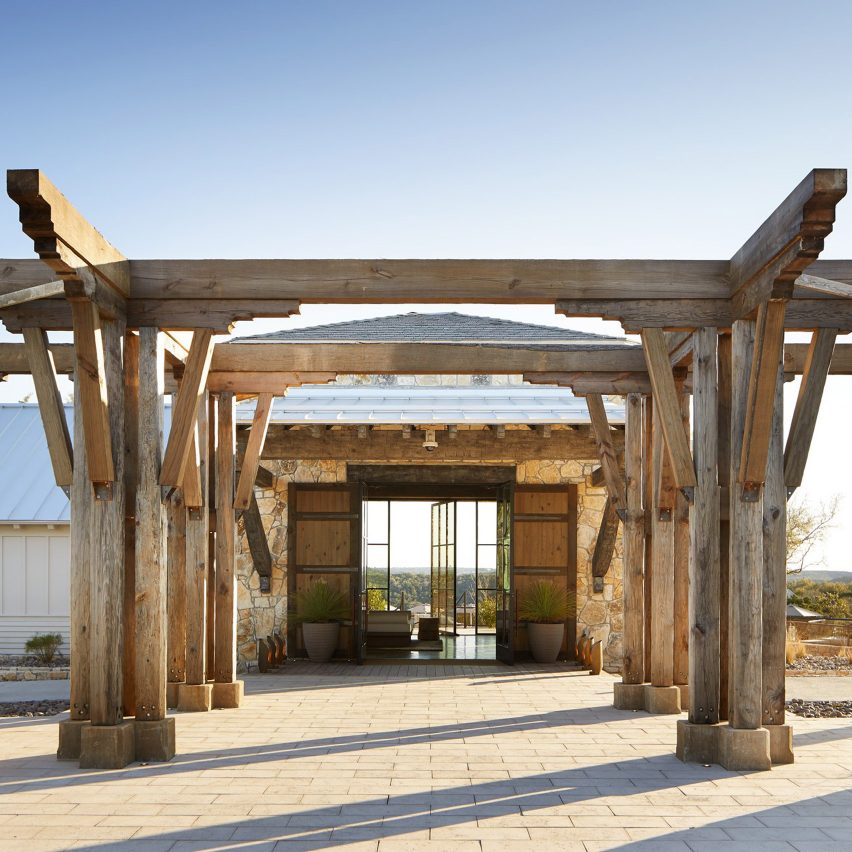 Dezeen promotion: a conversion of New York’s JFK terminal building and a brutalist boutique in the historical centre of Oaxaca, Mexico, are among the projects to be shortlisted in this year’s AHEAD Americas awards.

The AHEAD Americas awards honour exceptional hospitality projects that have been launched, opened or reopened on the continents between November 2018 and December 2019. 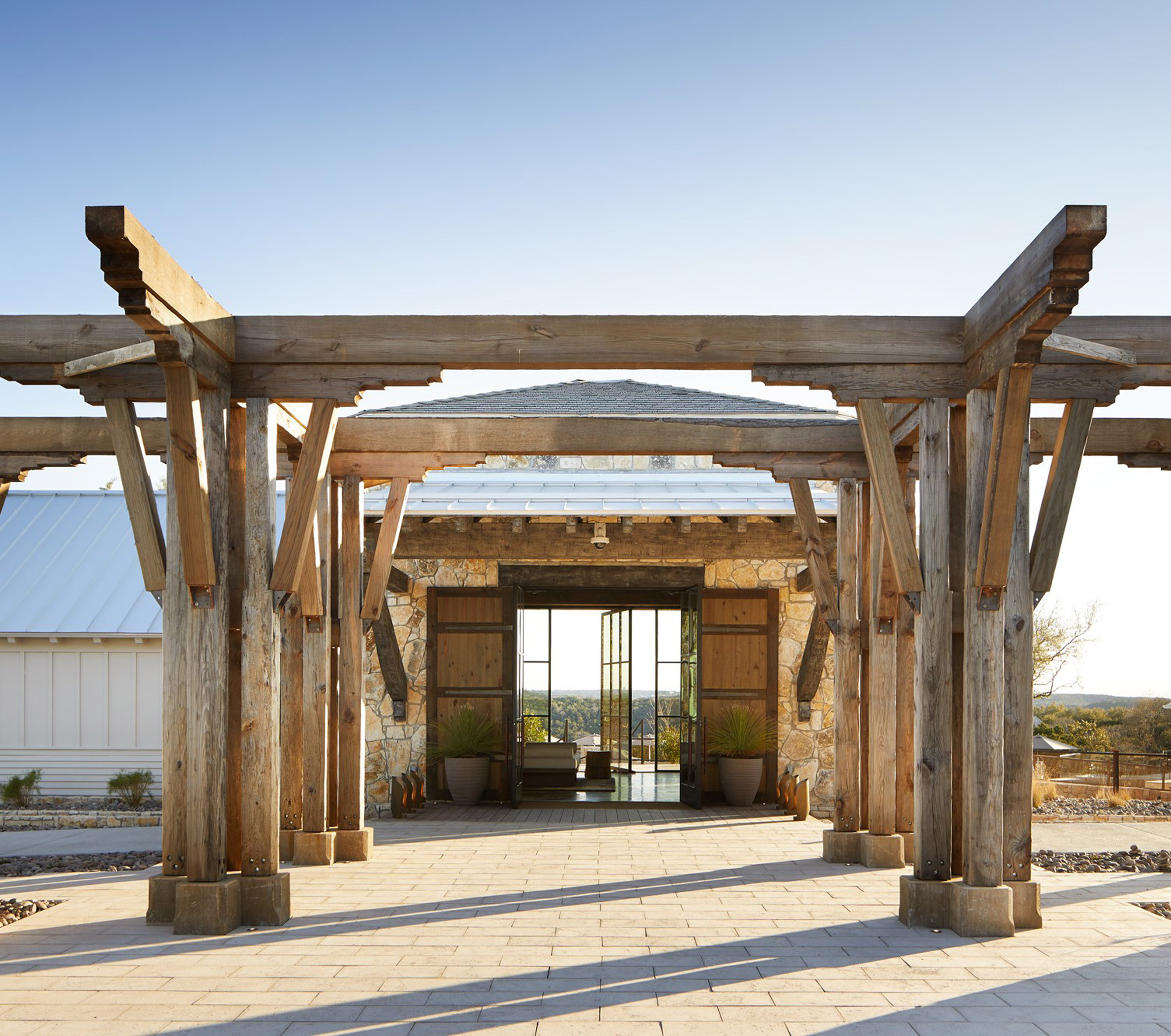 Each of the submissions were sorted into 18 categories, which include an array of aspects such as a project’s landscaping, guest rooms, and lobby spaces.

Other categories include cabins and tented camps, clubs and lounges, hotel renovations and spa and wellness projects.

A shortlist has then been compiled by a judging panel of industry experts. This year it includes figures such as vice president of design strategies at Marriott International, Aliya Khan, director of operations at Airbnb, Mari Balestrazzi, and partner at the Rockwell Group, Greg Keffer. 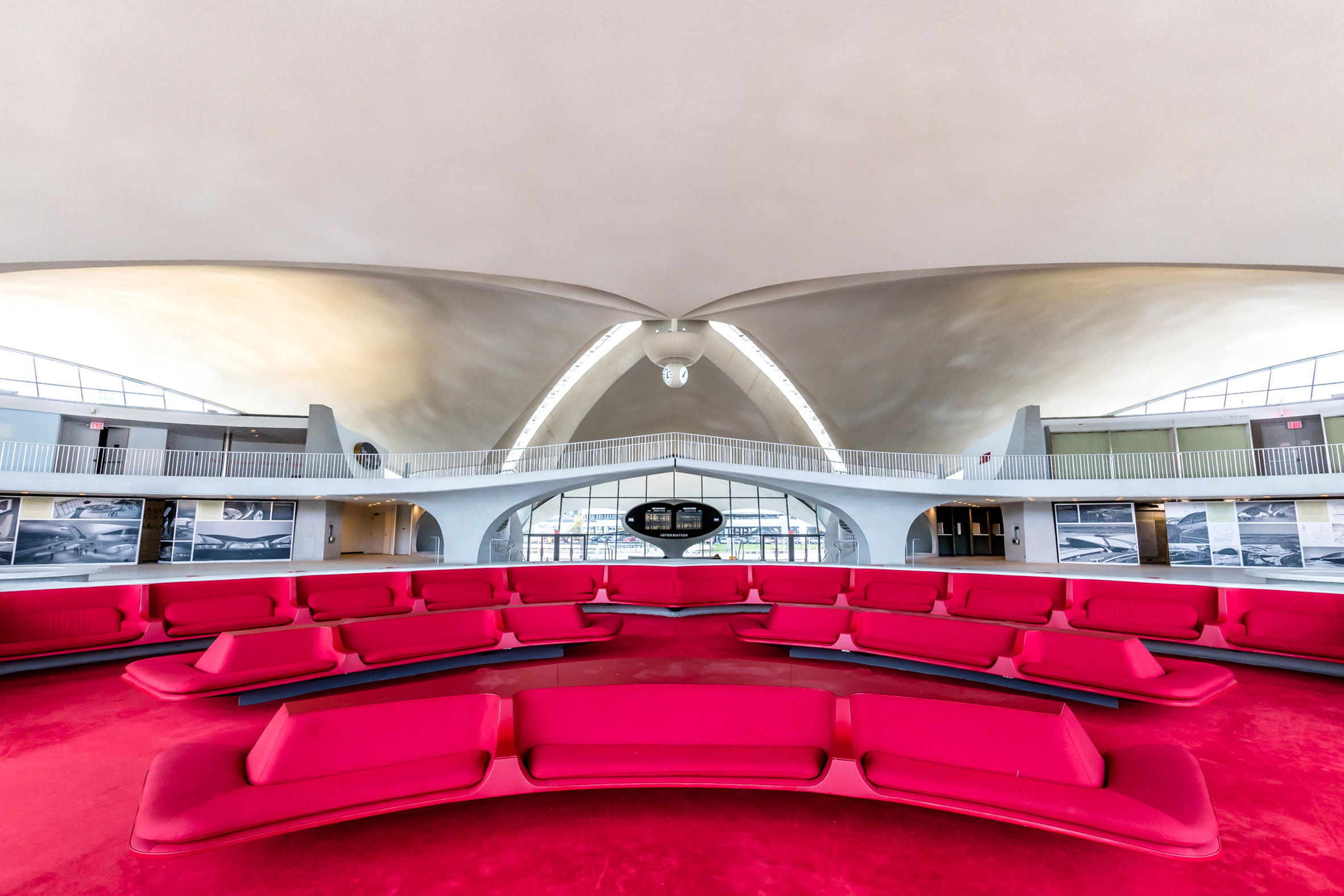 One of the projects to be shortlisted is the TWA Hotel, located inside the former TWA terminal at New York’s John F Kennedy airport, which was shut for 16 years after undergoing a restoration of its modernist details.

The mid-century-modern building boasts a winged construction with curved concrete rooflines and glass curtain walls, while the interior features a red-coloured lounge with seating built into the floor. 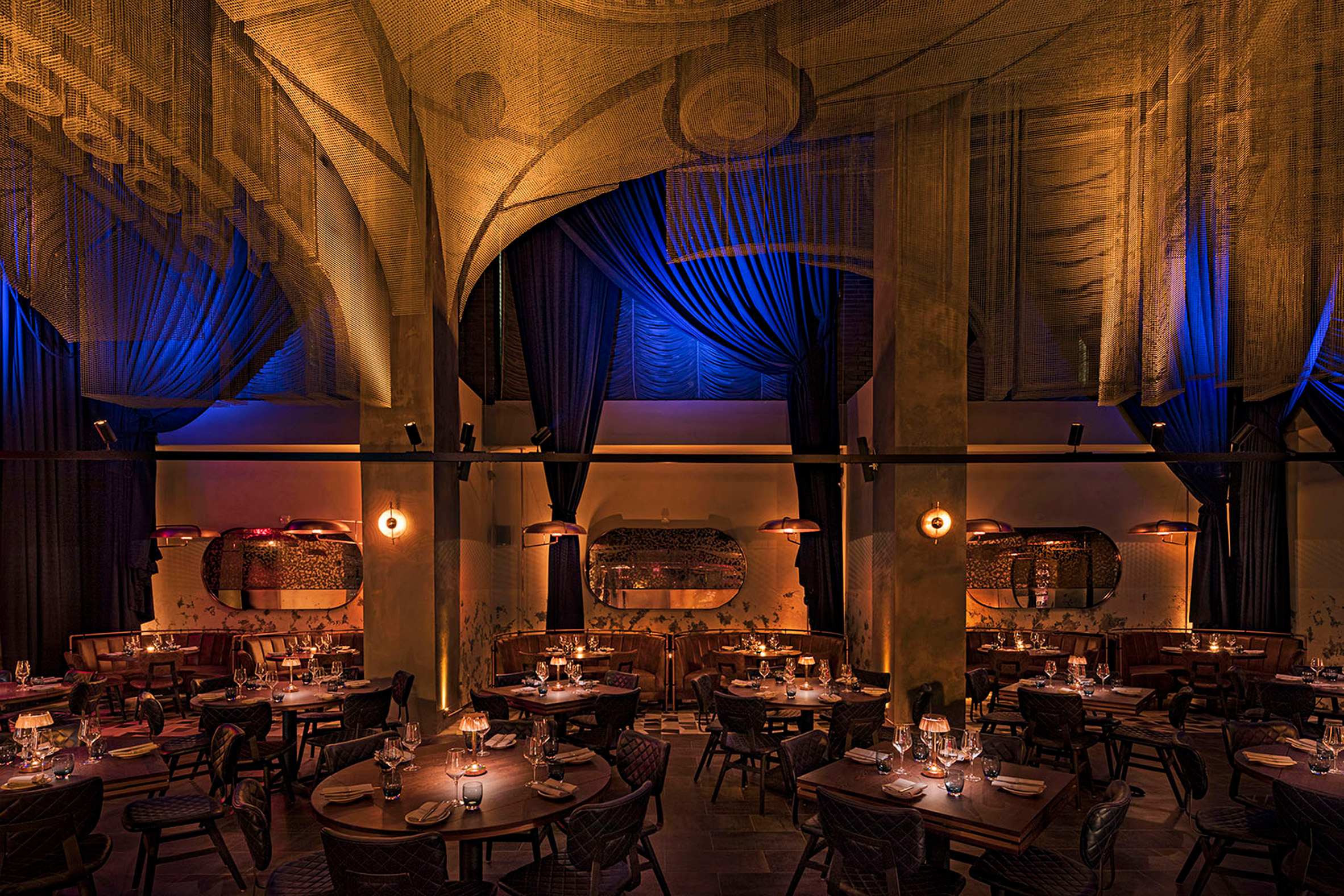 Another project in the running is the Cathédrale restaurant in New York, located one level below ground in the Moxy East Village hotel.

Designed by Rockwell Group, Cathédrale boasts a 26-foot-high ceiling covered in a large wire mesh sculpture that compliments the restaurant’s architecture, informed on the musical legacy of the 1960s. 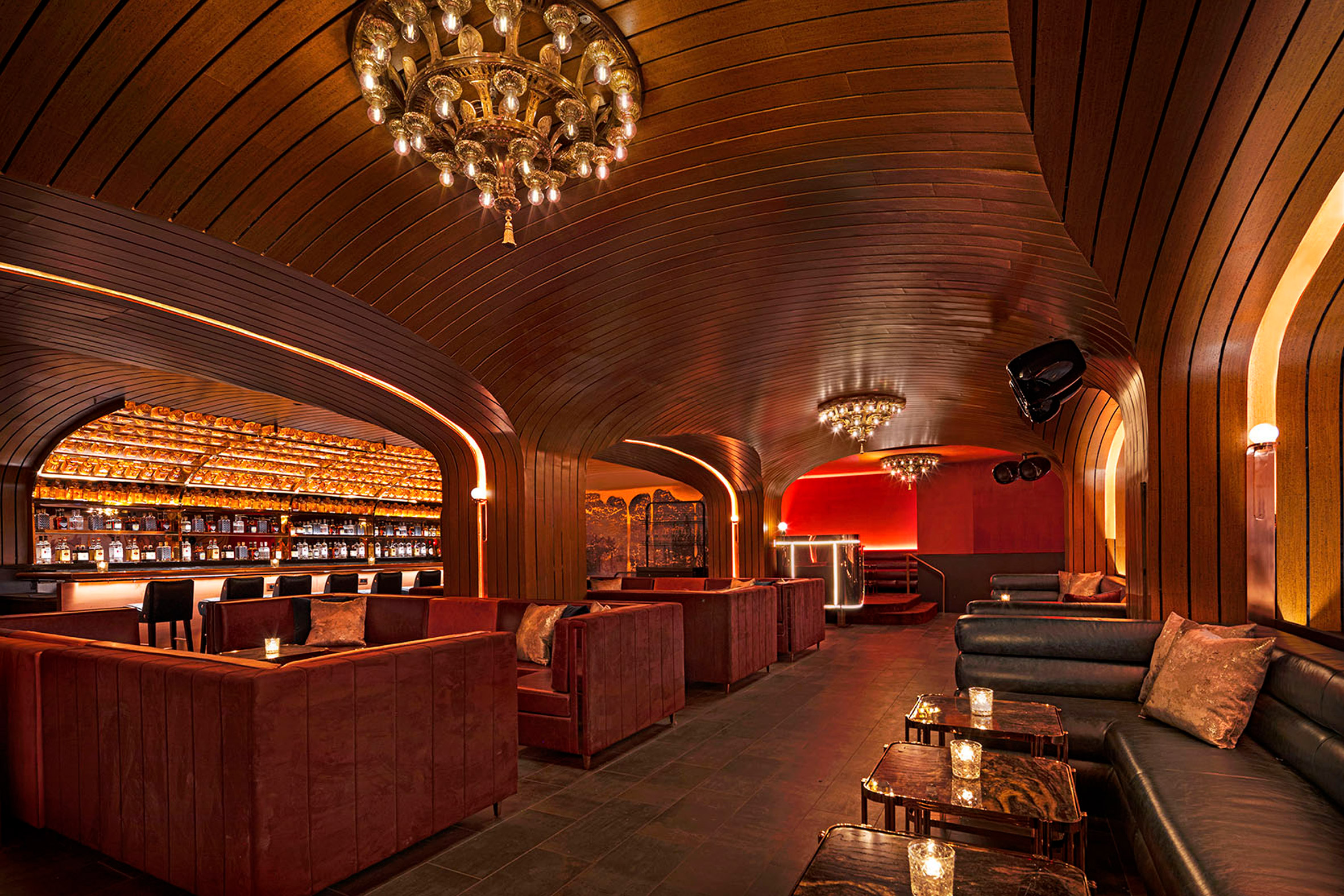 An AHEAD after-party at Faena Forum Miami Beach is planned for 7 October 2020, comprising a daytime talks programme and evening celebration for nominees, winners, judges and sponsors. 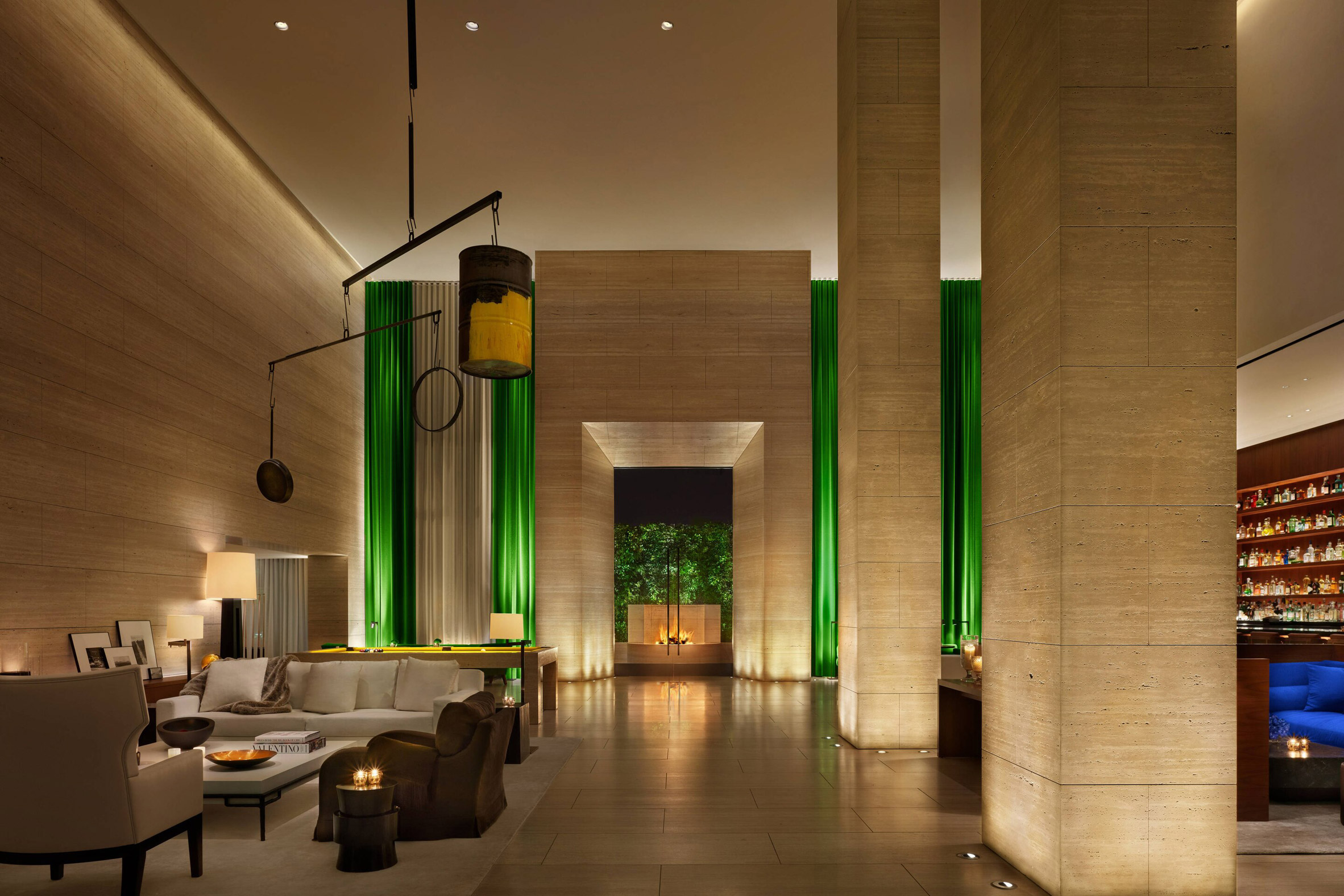 The Americas is one of four regions covered by the AHEAD awards, which also considers projects from Asia, Europe, and the Middle East and Africa.

Prize-takers from each region will go on to compete in a global biennale, where worldwide titles can be won.

For more information on the AHEAD awards, visit the company’s website.

The post Shortlist unveiled for AHEAD Americas 2020 hospitality awards appeared first on Dezeen.