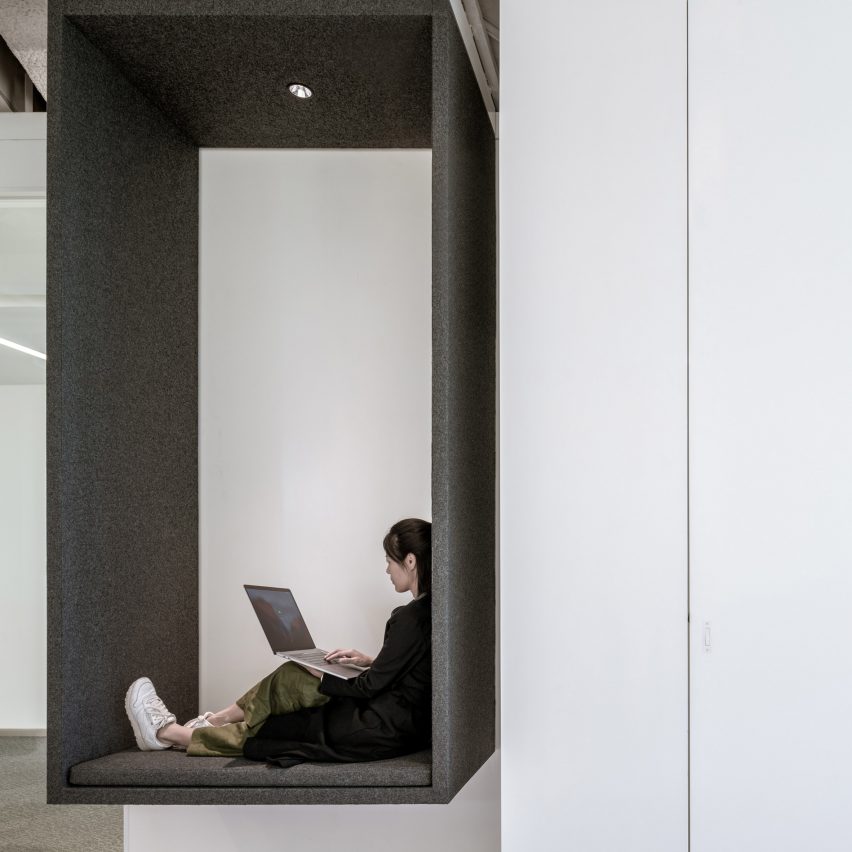 The building’s cylindrical form and latticed shell ended up becoming a key point of reference for Precht, which was brought on board to develop the office’s interior design scheme. 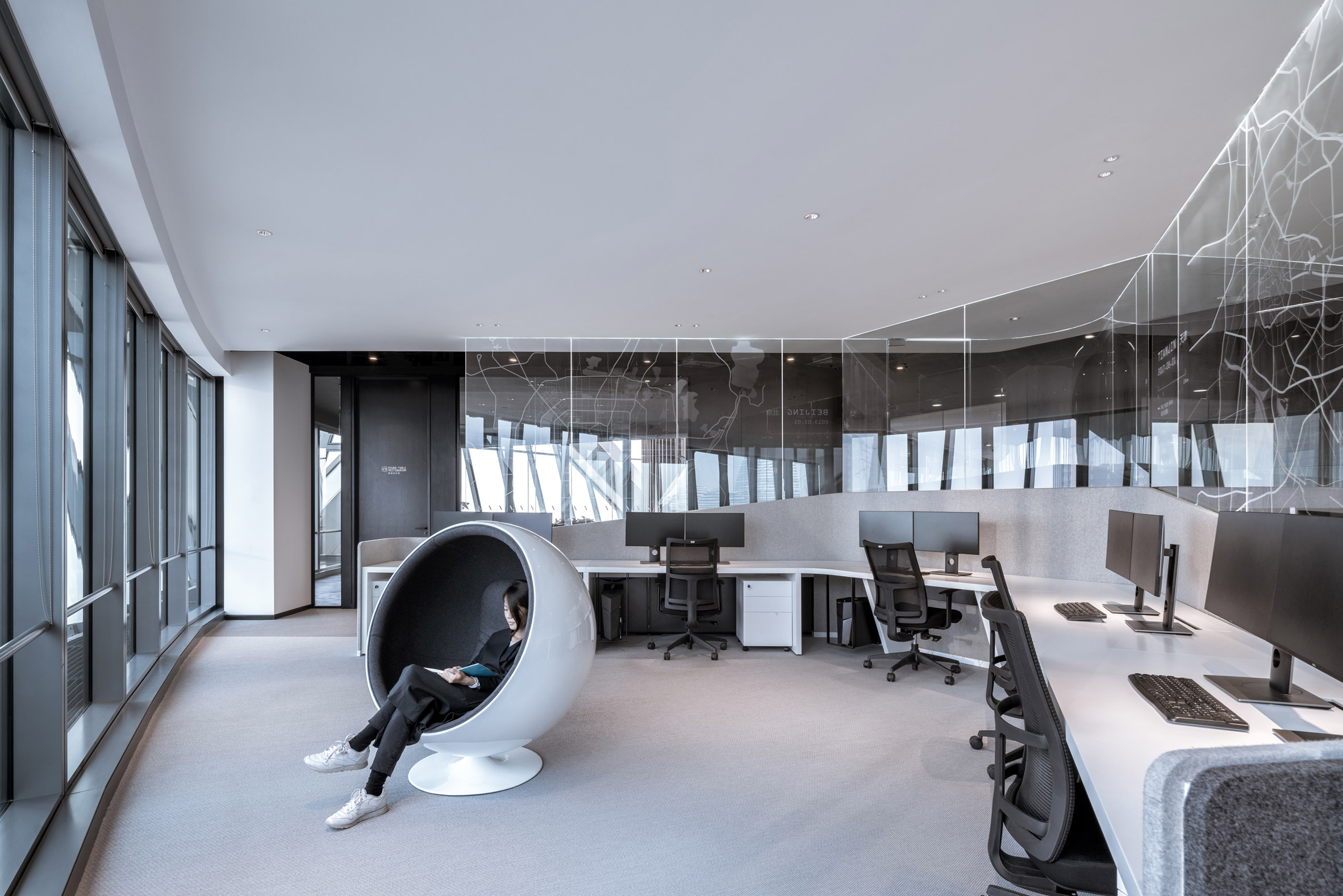 The 980-square-metre office follows the building’s looping plan but has been split into two halves – the north-facing side contains work areas for employees, while the south-facing side is dedicated to communal areas like the reception and company showroom.

An almost-black corridor leads through to the work areas which, in contrast, largely feature white surfaces to create a bright and relaxed environment for staff. 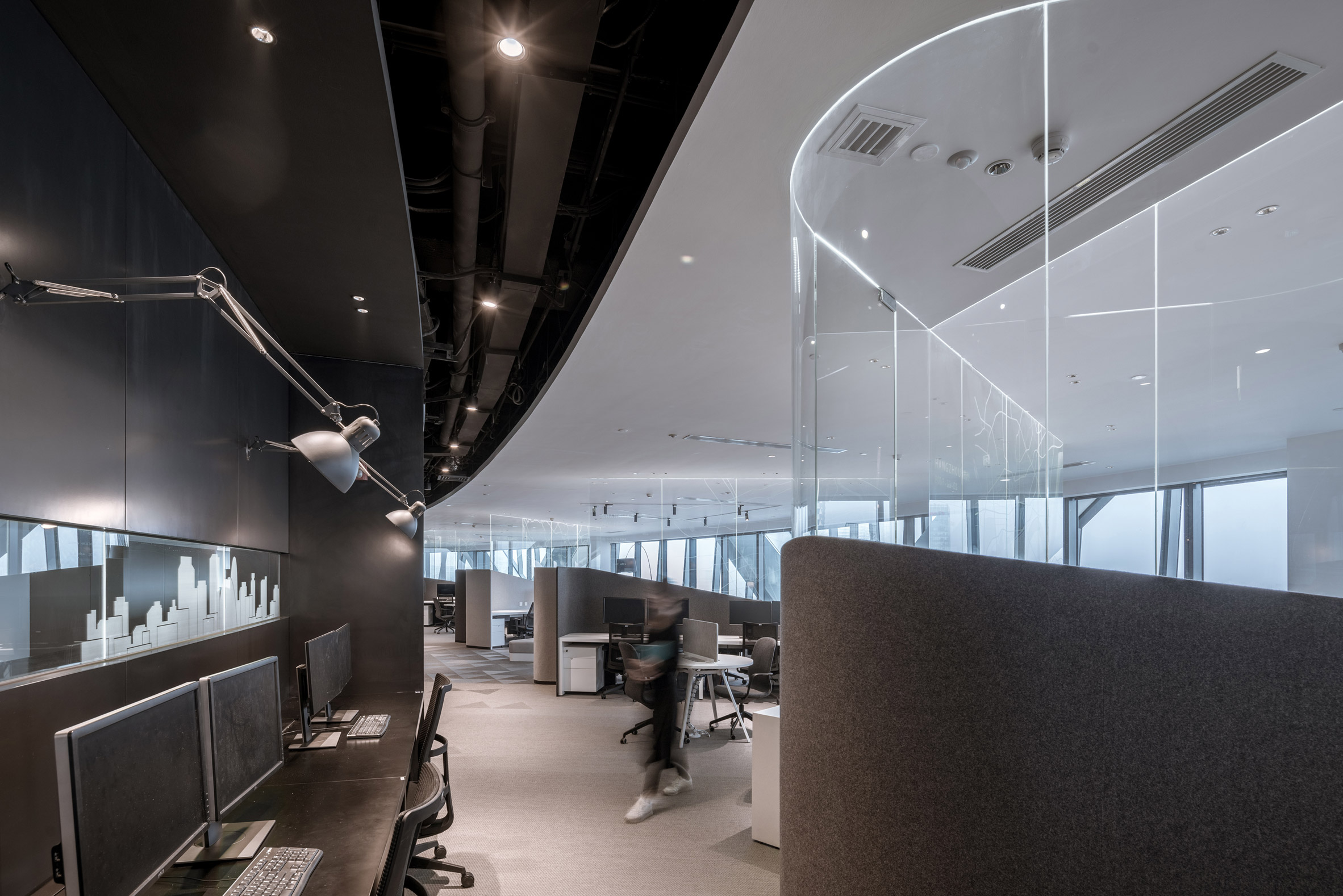 Triangular desks have been arranged in a zigzag pattern across the room, to subtly mimick the latticework on the building’s facade.

Spotlights on the office’s ceiling, bench-style sofas and door handles are also triangular in shape, in a nod to RayData’s logo. 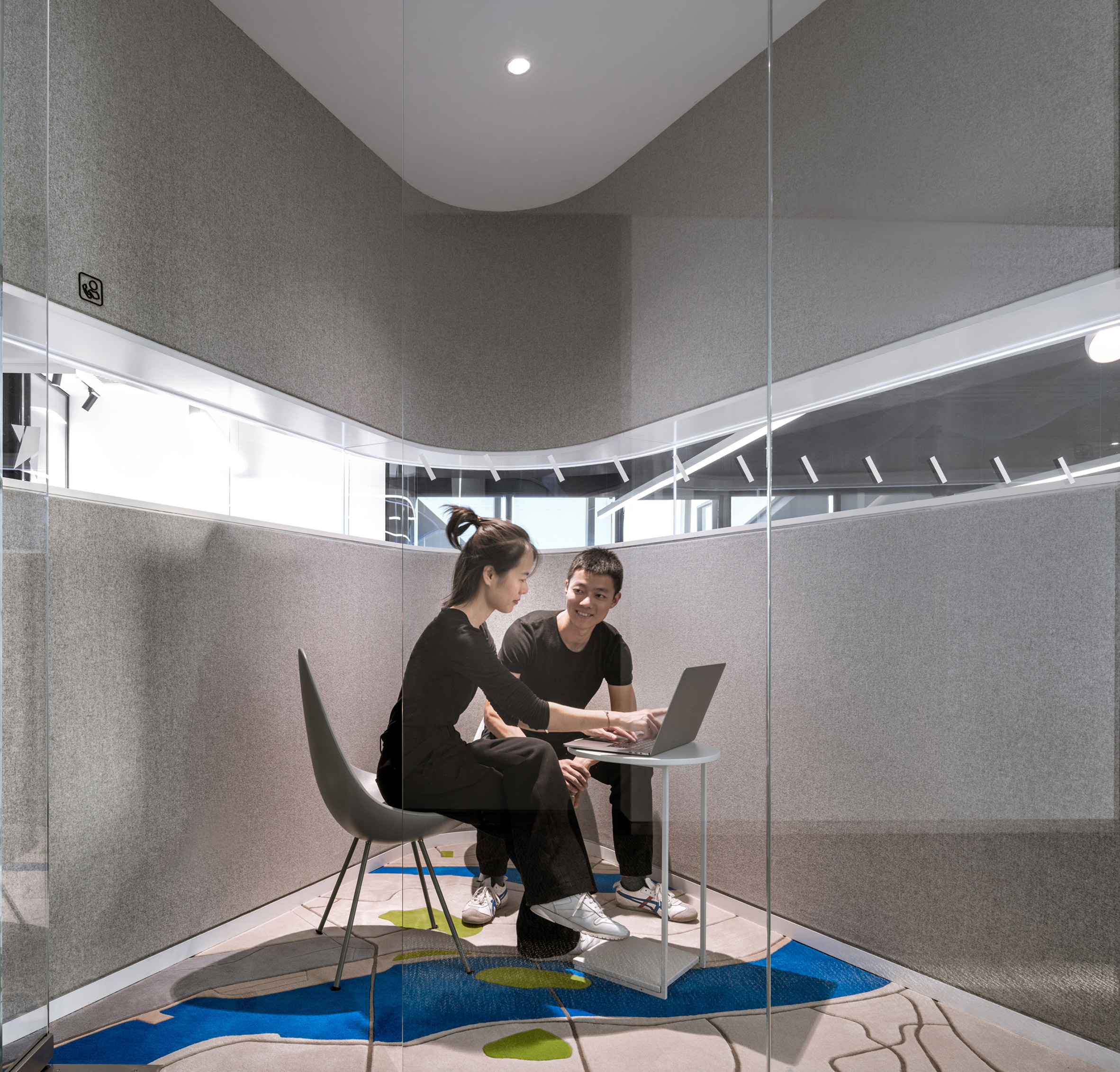 Each desk is partially lined with slate-coloured fabric from Danish brand Kvadrat. The studio hopes that, along with the grey carpeting, this will help manage acoustics in the office and bring a comforting sense of tactility.

“With all the advancing technology in the space, we were looking at how to bring a human touch and haptic materials to the design,” explained Fei Precht, who leads the studio alongside her husband Chris Precht. 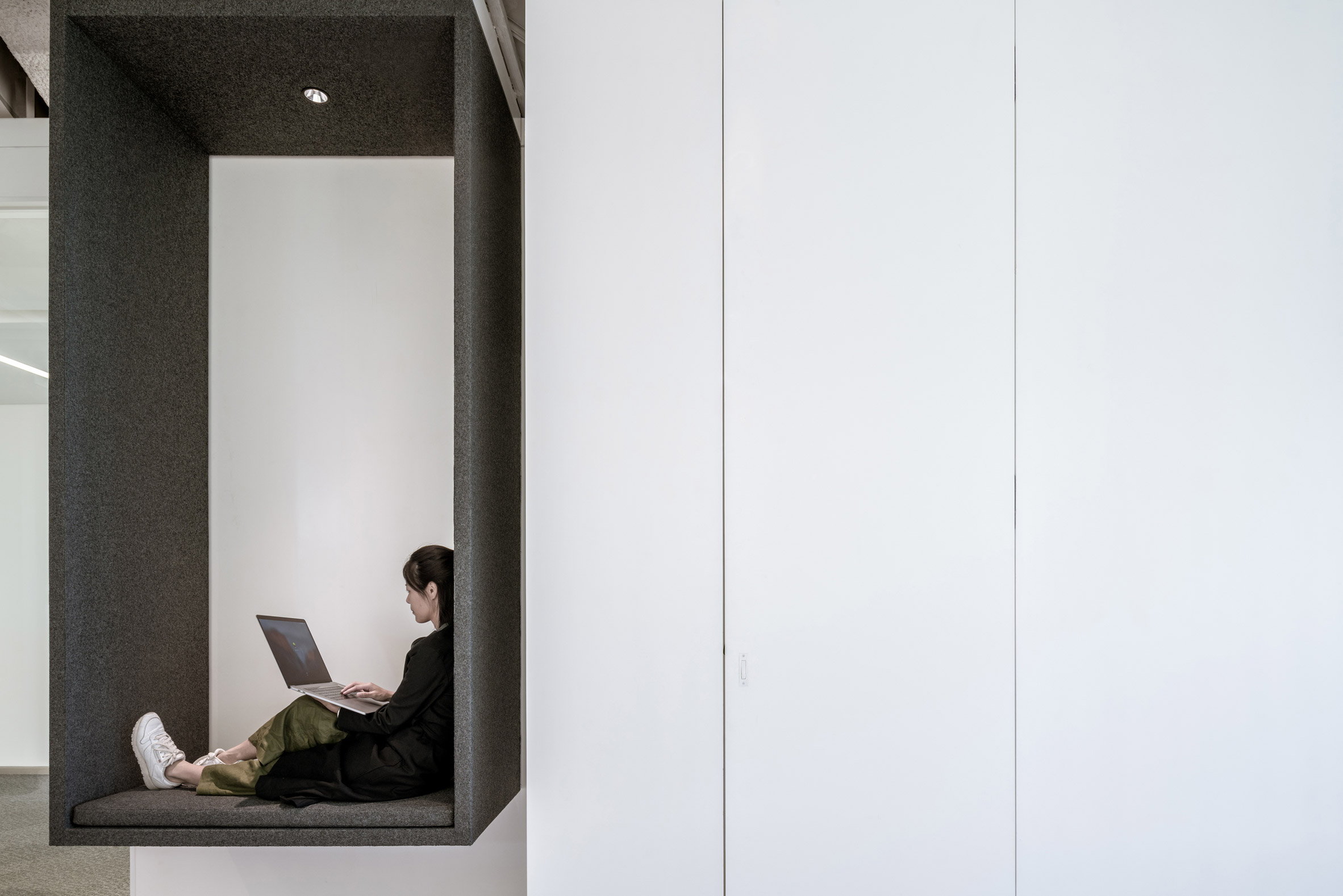 “I don’t believe that the future of offices will look like your WeWork living room nor like your sci-fi white-plastic fluid space,” she continued.

“For this project, I think the movie Her was a source of inspiration, which connects technology with a very warm and tactile atmosphere.” 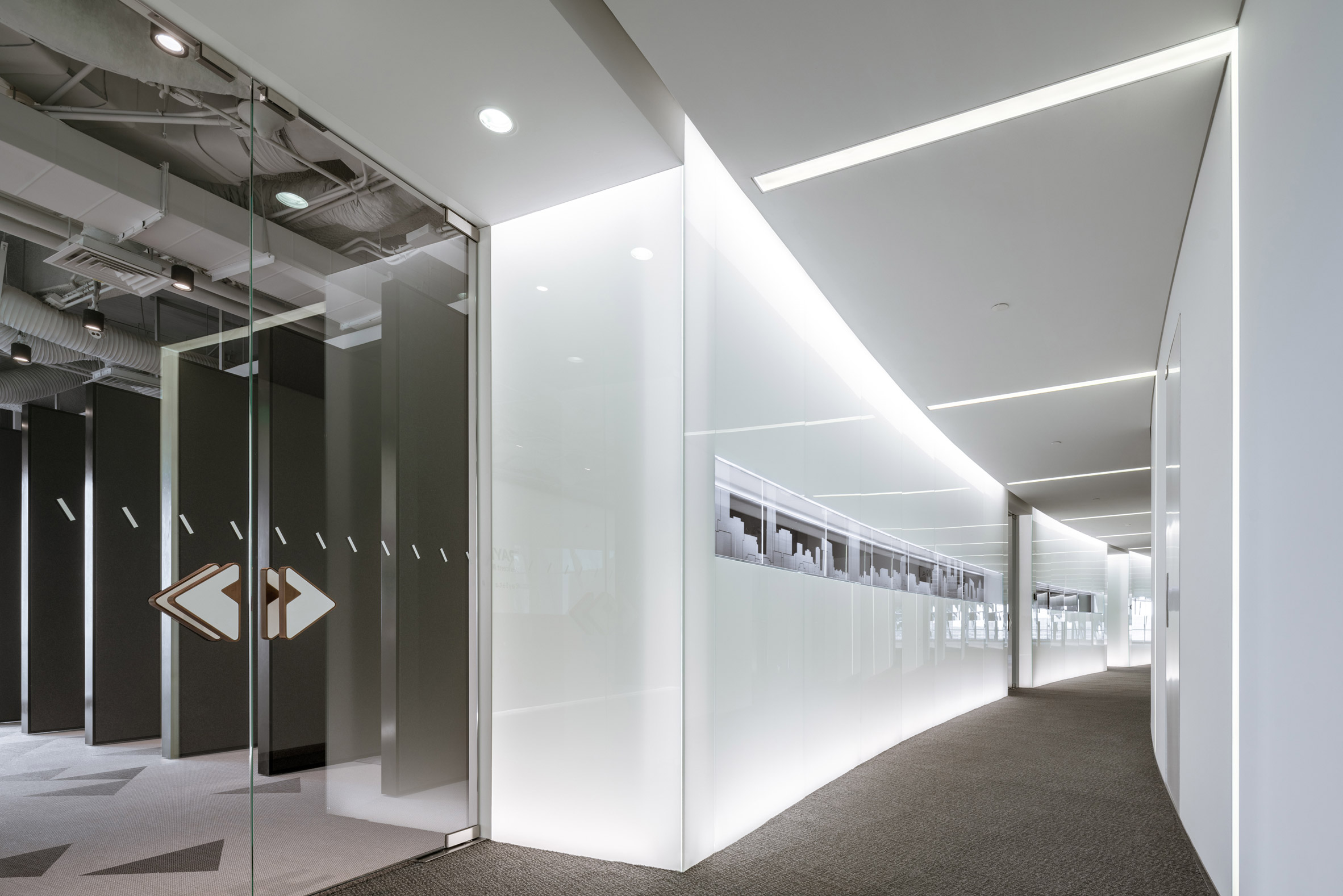 “I think we need this balance of technology and facility,” added Chris Precht. “The tasks of tech companies is to ask ‘how can we know more’ and transform this knowledge into information or products.”

“The tasks of architects, on the other hand, is to ask ‘how we can feel more’. Yes, information and knowledge are important for the future – but so is consciousness and the connection to our senses. I think that’s an interesting balance.” 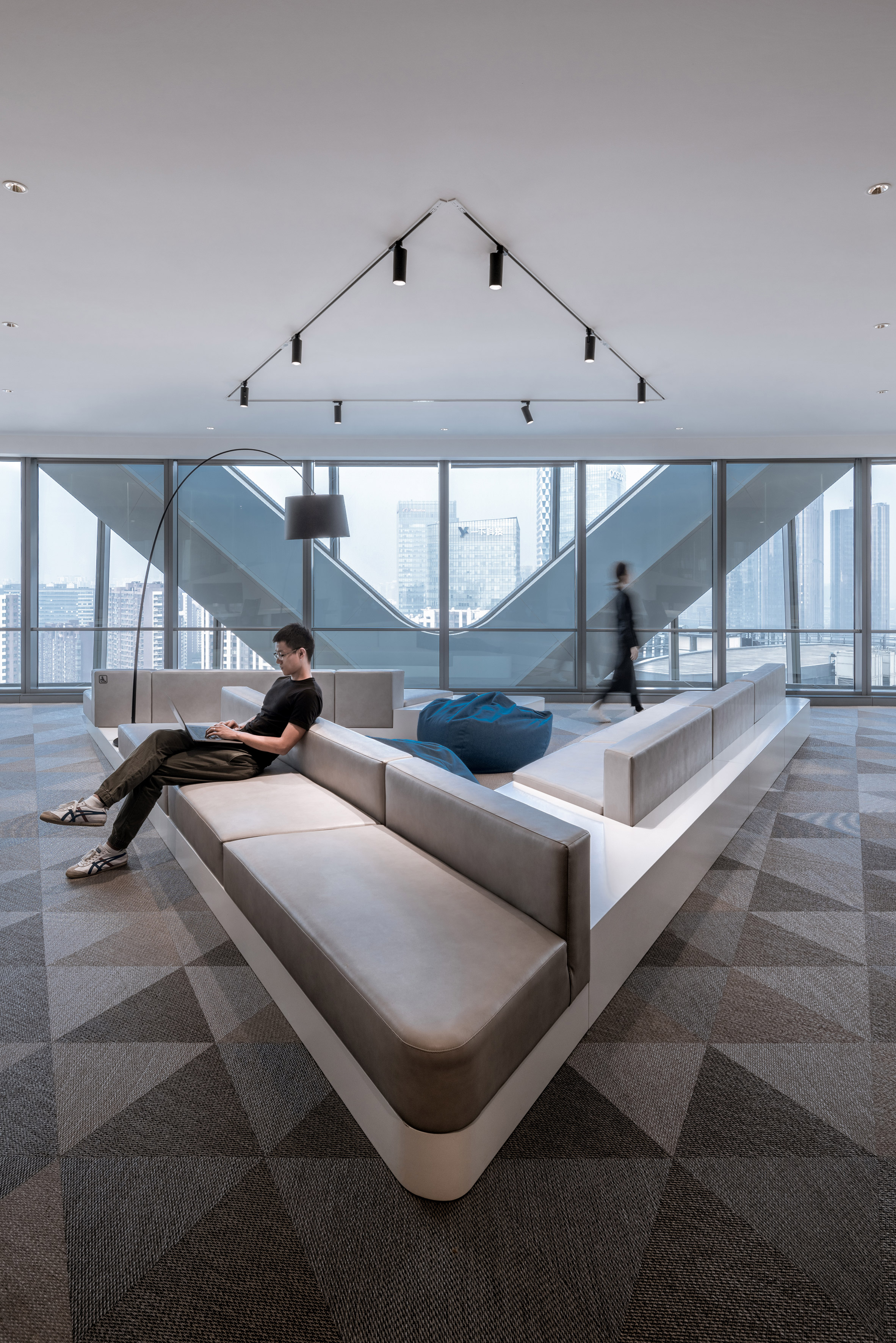 Staff are separated by large panes of glass engraved with geographical maps of different cities, however should they want more privacy they can head to one of the textile-covered booths that have been created in the corners of the room.

White pod chairs have additionally been dotted throughout. 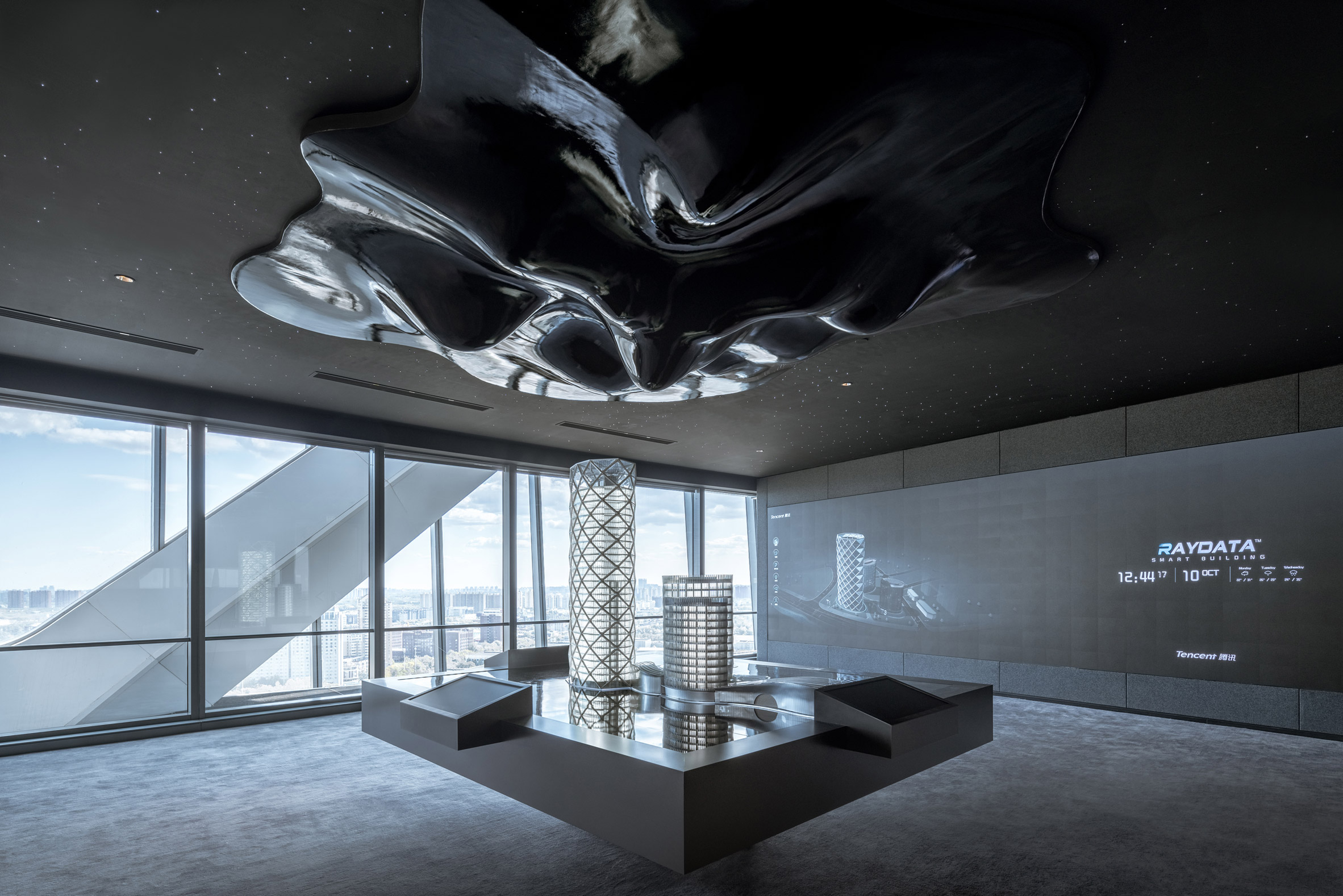 The southern side of the office is accessed by a bright-white walkway, but the studio has completed rooms here in a darker palette to dramatise the appearance of the presentation screens and interactive models on-site.

LED strip lighting has also been installed to channel the “unique atmosphere of the AI-era office”. 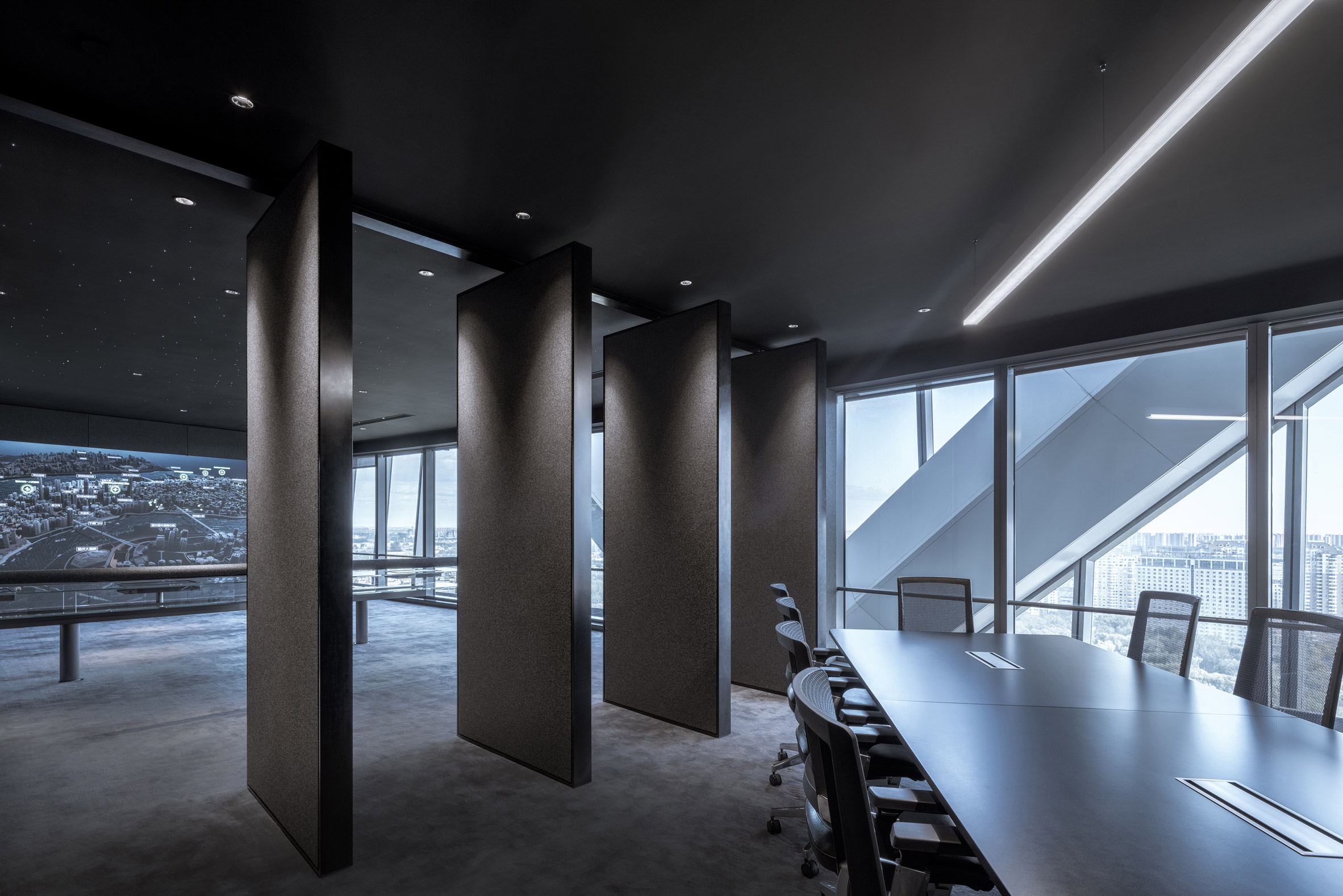 Although the office is meant to largely feel open-plan, some spaces are divided by pivoting floor-to-ceiling screens upholstered in the same Kvadrat fabric that appears on the desks.

At the core of the plan lies a further fleet of meeting rooms where staff can chat one-on-one or work in small groups. 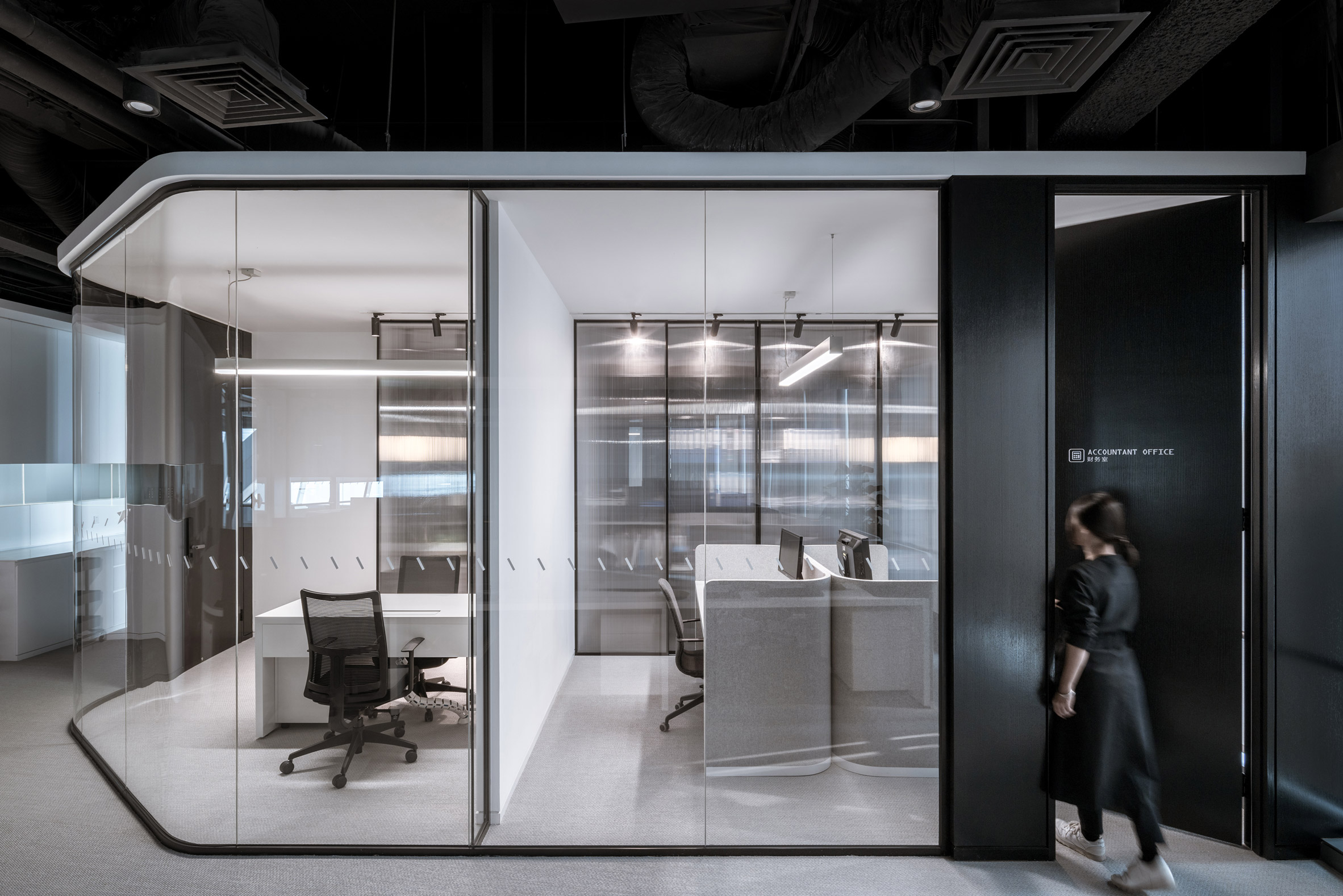 Chris Precht recently spoke to Dezeen as part of our Virtual Design Week, where he talked through his studio’s body of work from his home in the Austrian mountains.

Recent projects by the studio include Parc de la Distance, a conceptual, maze-like park divided by towering hedges that would allow people to safely spend time outdoors while social distancing.

At the beginning of this year, the studio also collaborated with Mamou-Mani Architects to create an intricate installation that was 3D printed with sand.