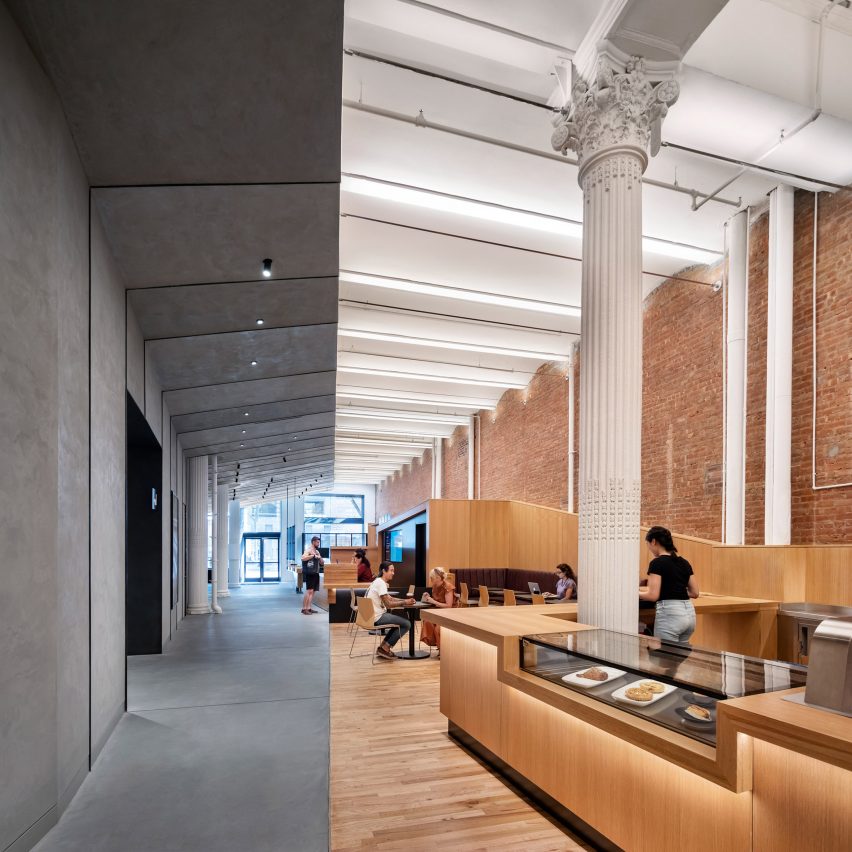 The museum, called Poster House, is on the ground floor of an existing 10-storey building near Madison Square Park on the border of the New York’s Chelsea neighbourhood. 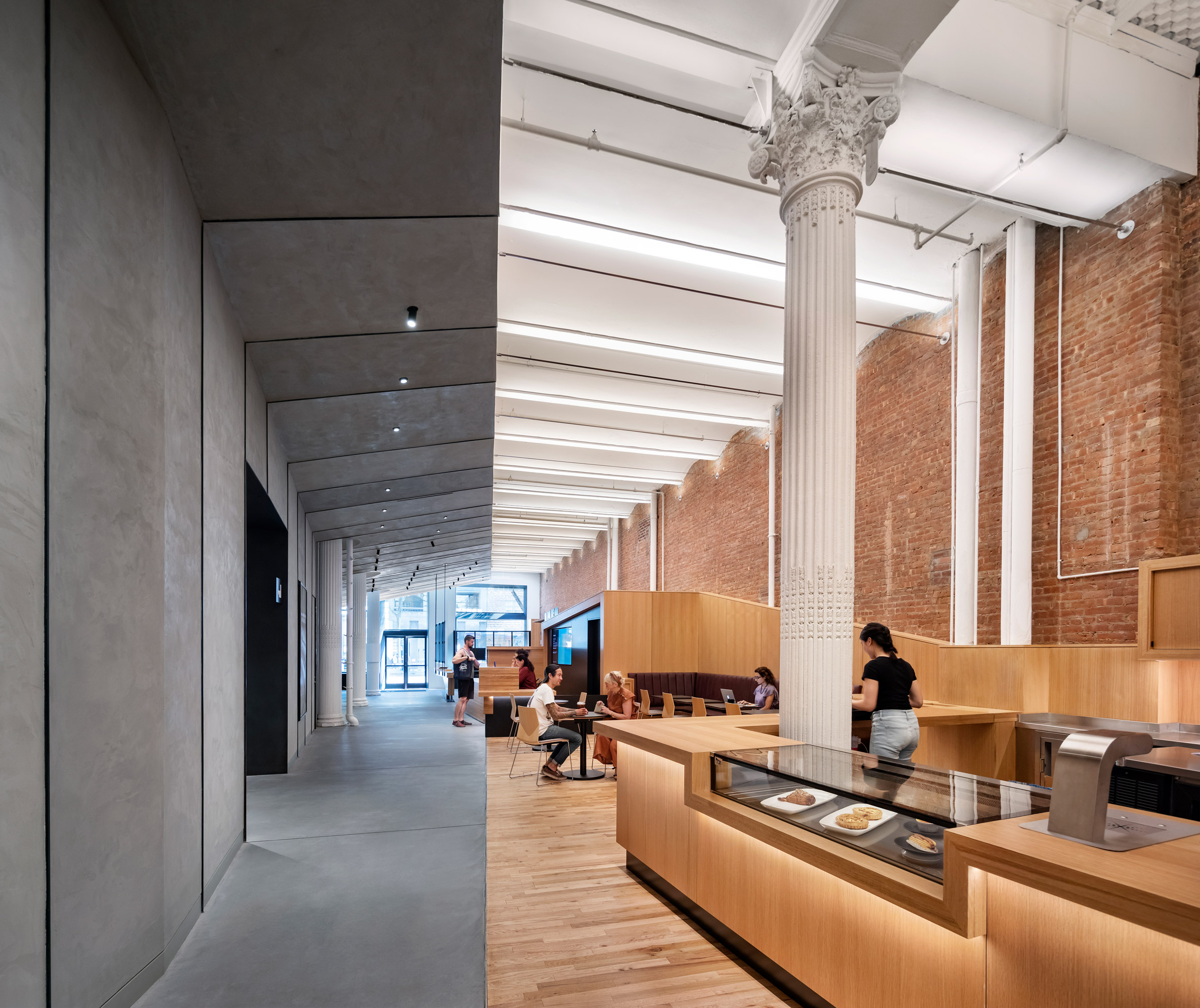 Spanning 14,500 square feet (1,347 square metres), the museum includes a lobby, gift shop, cafe and exhibition room and a cellar below with offices and other private rooms. 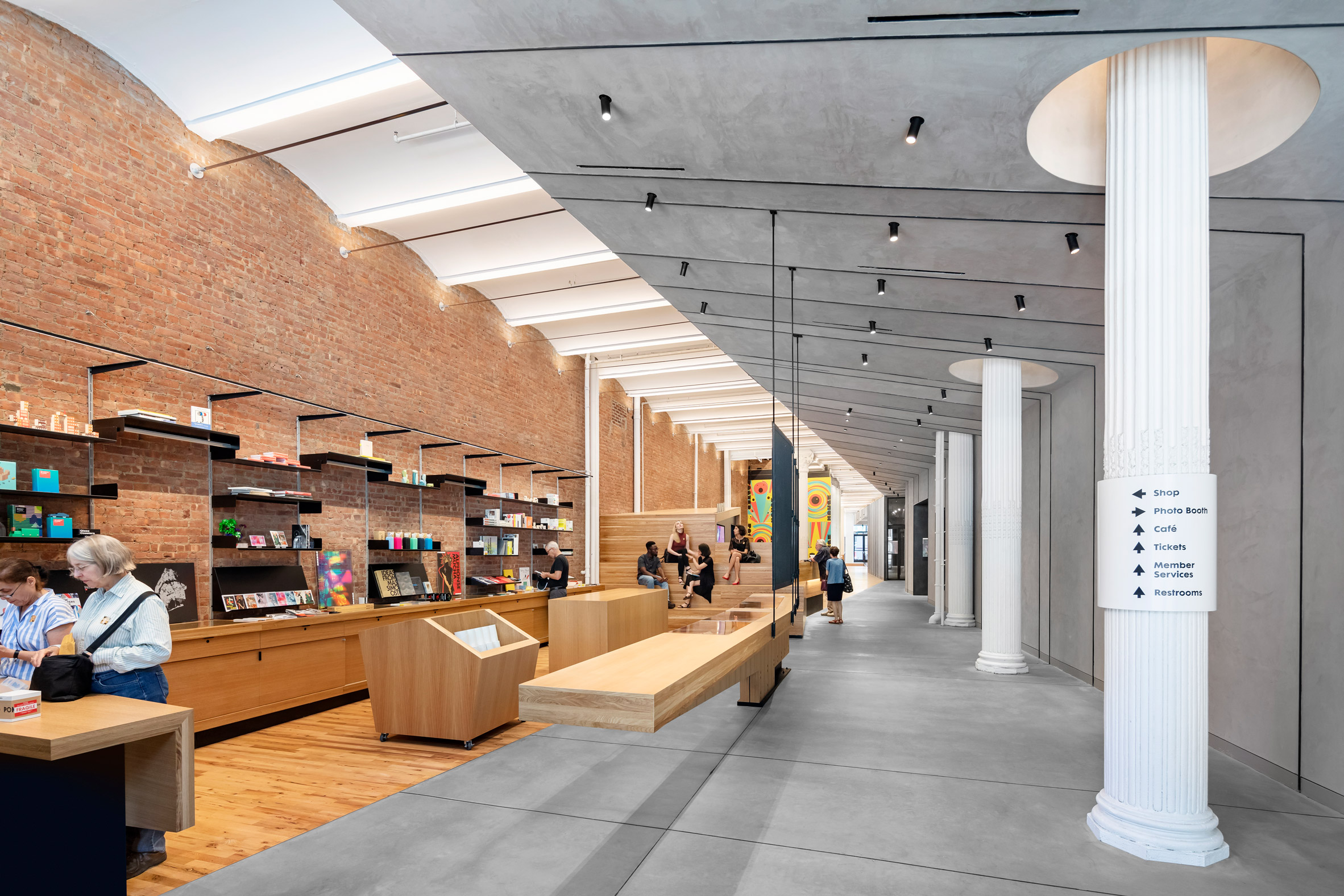 “The design for Poster House seeks to combine the old and the new, the rustic and the refined, the playful and the somewhat serious into a layered but still unified architectural experience,” said LTL Architects.

The studio inserted a grey envelope to enclose the exhibition space and culminate in a canopy at the entrance on 23rd Street. The 185-foot-long (56-metre-long) insertion divides the museum’s slender floor plan – which stretches 200 feet (61 metres) from 23rd Street to 24th Street – into a public passage on one side and galleries opposite.

“The formal galleries are nested within the existing building shell like a ship in a bottle, while the zone in between is activated by a series of collective programs and takes advantage of the qualities of the extant architecture,” the studio said. 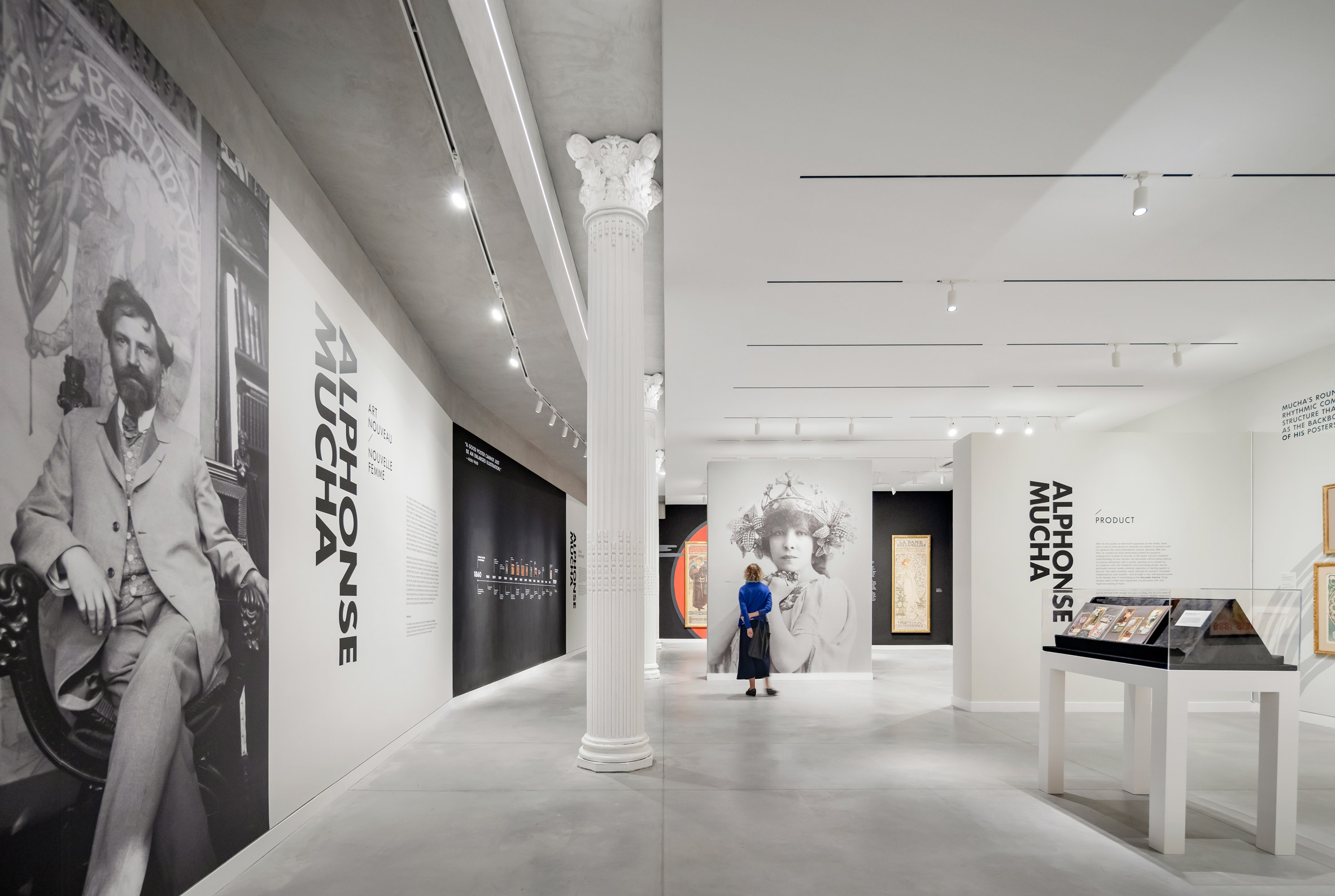 Original architectural details feature in the passageway and communal areas and contrast with the grey volume.

“The resulting design is therefore conceived as a negotiation between two contrasting but complementary types of space: a more enclosed gallery volume and a more open and active public promenade,” LTL Architects added. 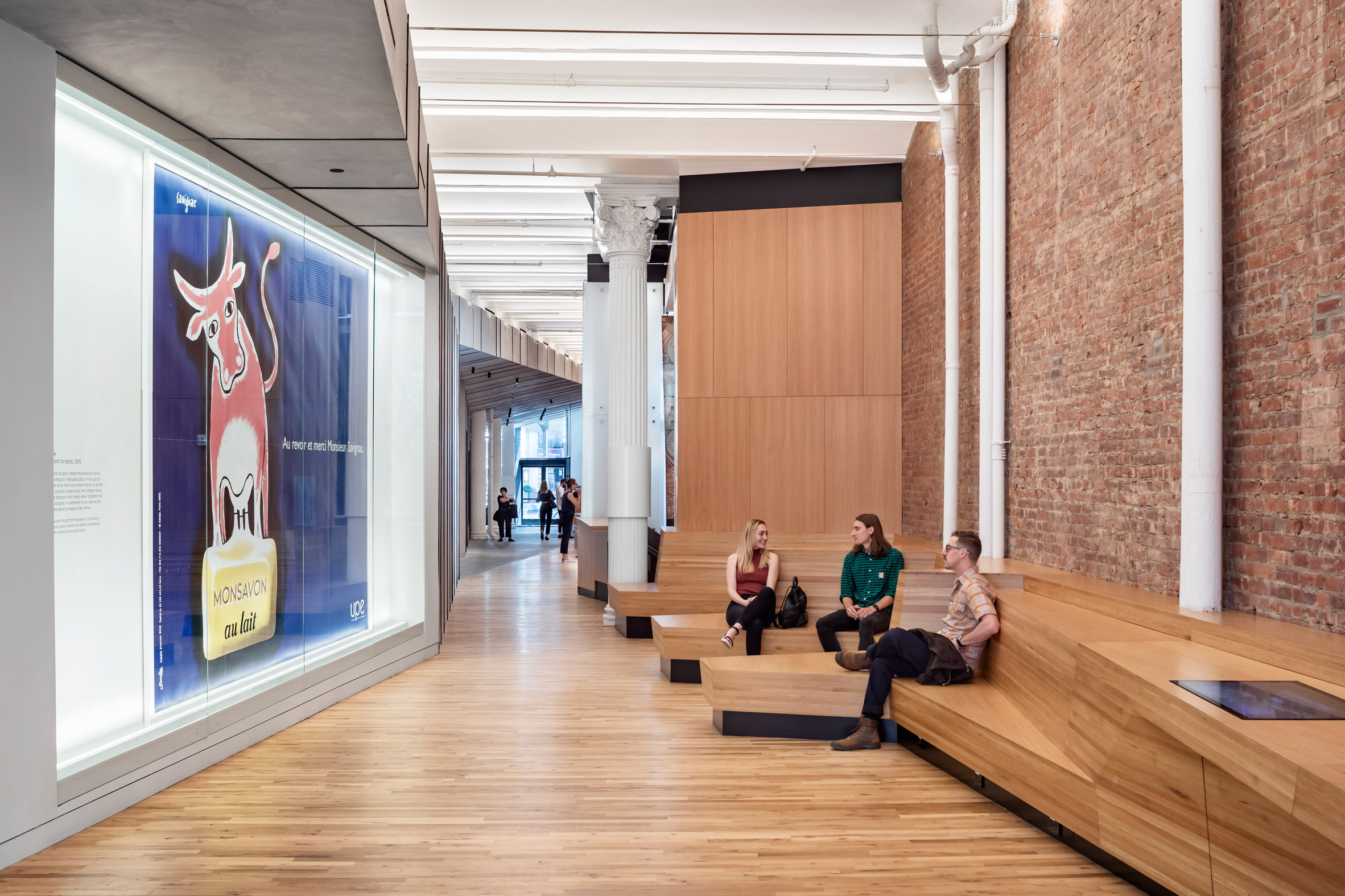 Rounding out the design are floors covered in either concrete or wood, timber benches and desks, and black railings.

Poster House is the first major museum in the US dedicated to the global history of posters. It is currently closed because of the coronavirus pandemic, and so is instead showcasing Covid-19 posters across the city digitally on LinkNYC Wi-Fi service panels. 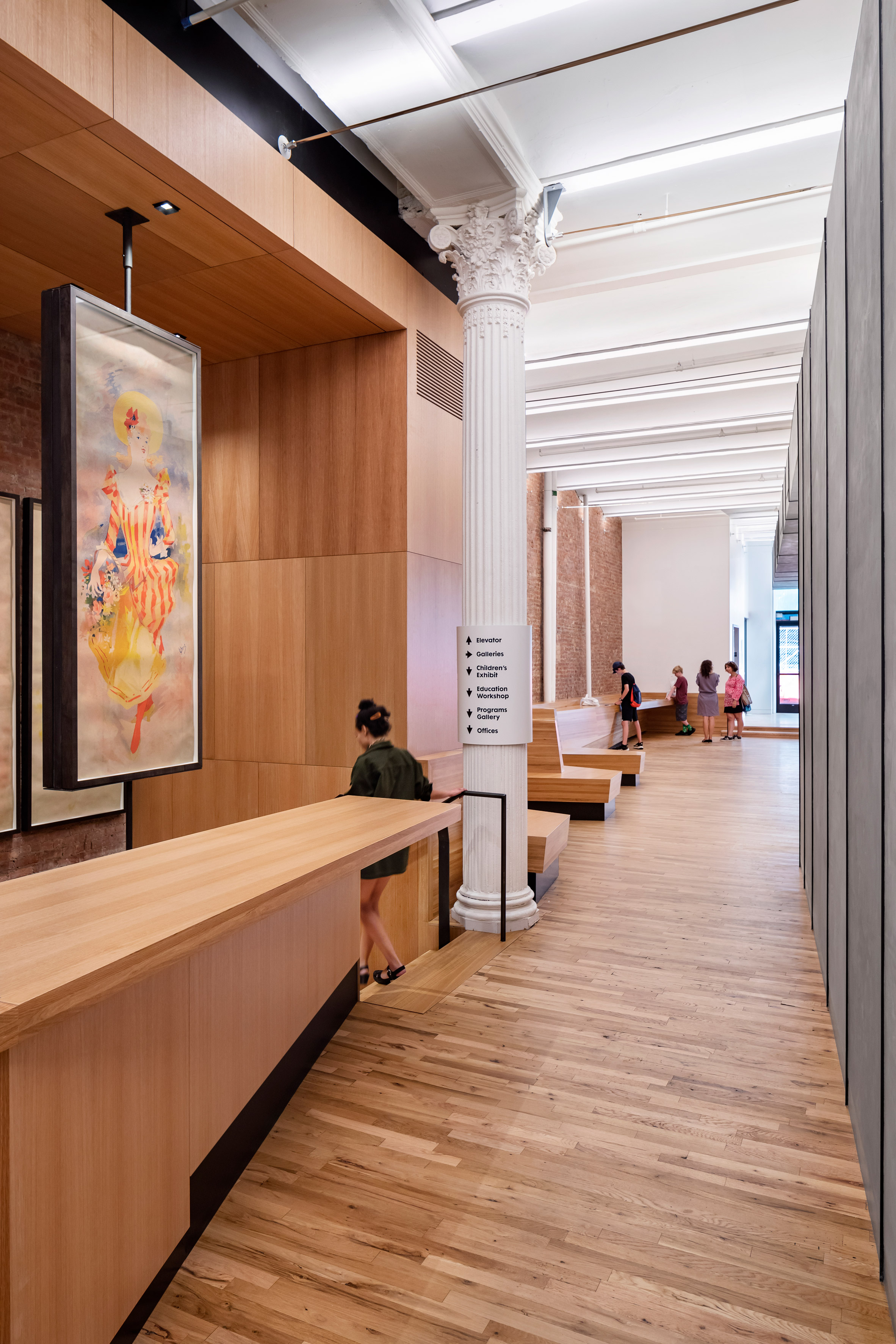 Before closing in March, along with many of the city’s museums, Poster House exhibited posters from the 2017 Women’s March, hand-painted movie posters from Ghana and art nouveau works by Czech artist Alphonse Mucha.

Future poster exhibitions include the 1964 Olympic Games in Japan, Austrian designer Julius Klinger from the Vienna Secession and ones with the International Typographic Style, also known as Swiss Style. 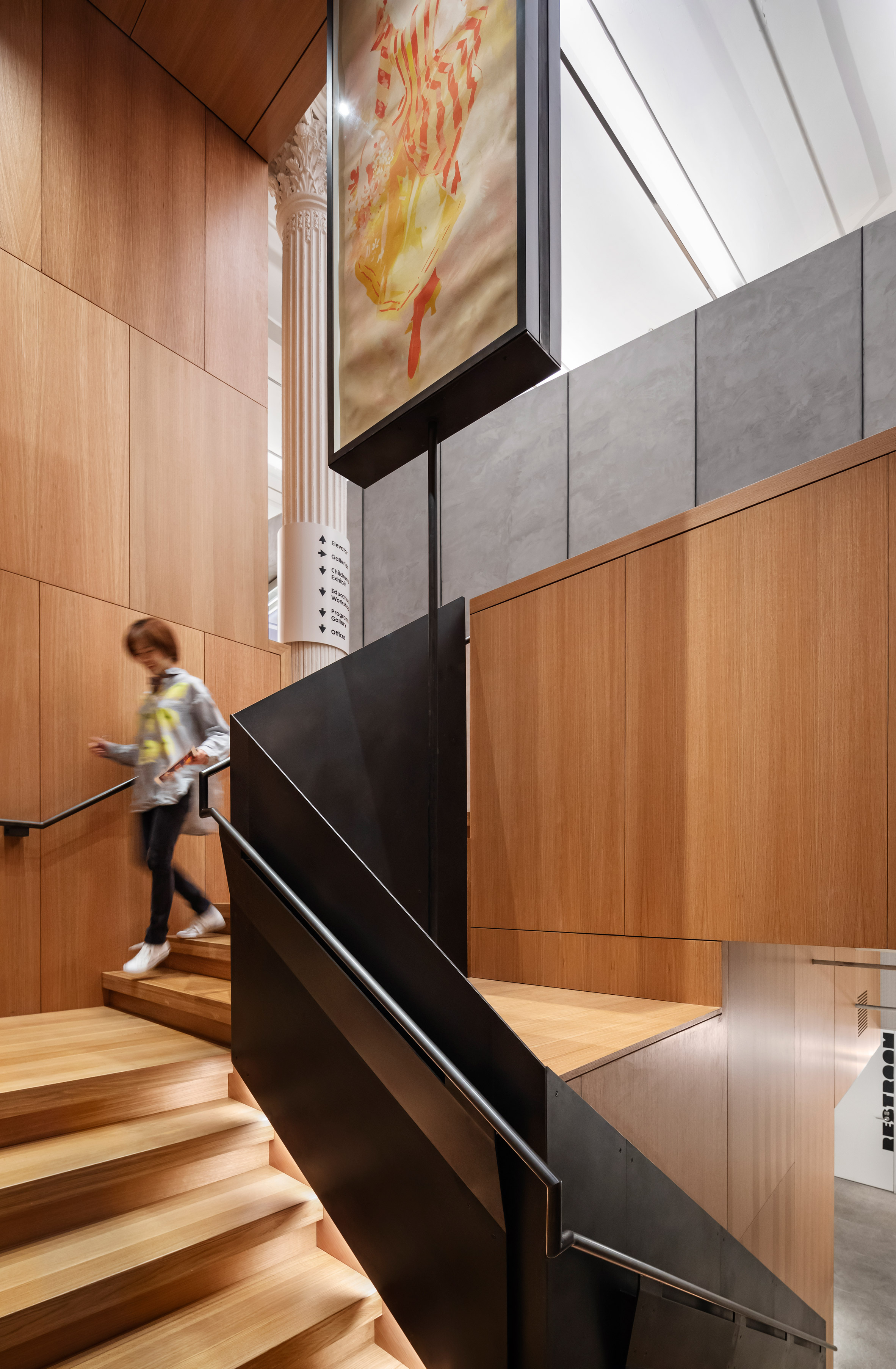 There is also a poster museum in Aarhus, Denmark called the Danish Poster Museum, whose interiors were designed by local architecture firm C F Møller, as well as the Czech Poster Museum in Prague and Poster Museum Warsaw.

Photography is by Michael Moran.

The post New York's Poster House museum by LTL Architects contrasts "the rustic and the refined" appeared first on Dezeen.