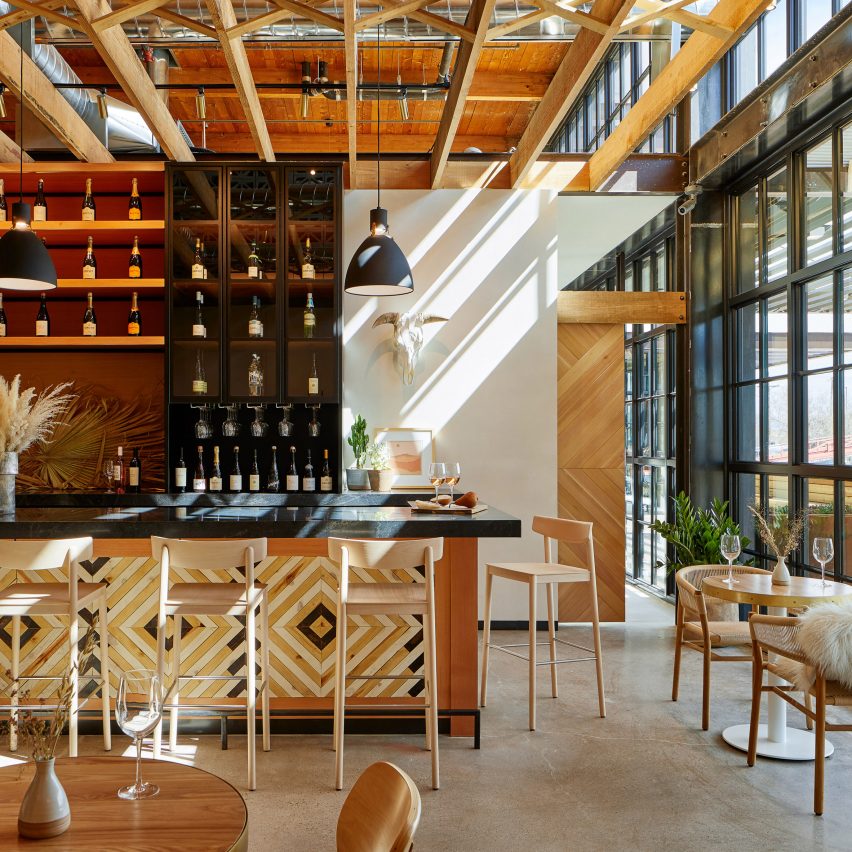 New York’s Islyn Studio has overhauled an old lumber warehouse in Albuquerque, New Mexico and turned it into a sun-lit food hall with various spots to indulge.

Called Sawmill Market, the project occupies an old warehouse in the city’s Sawmill District that measures 40,000 square feet (3,716 square metres). It is billed as the first food hall in the southwestern US state. 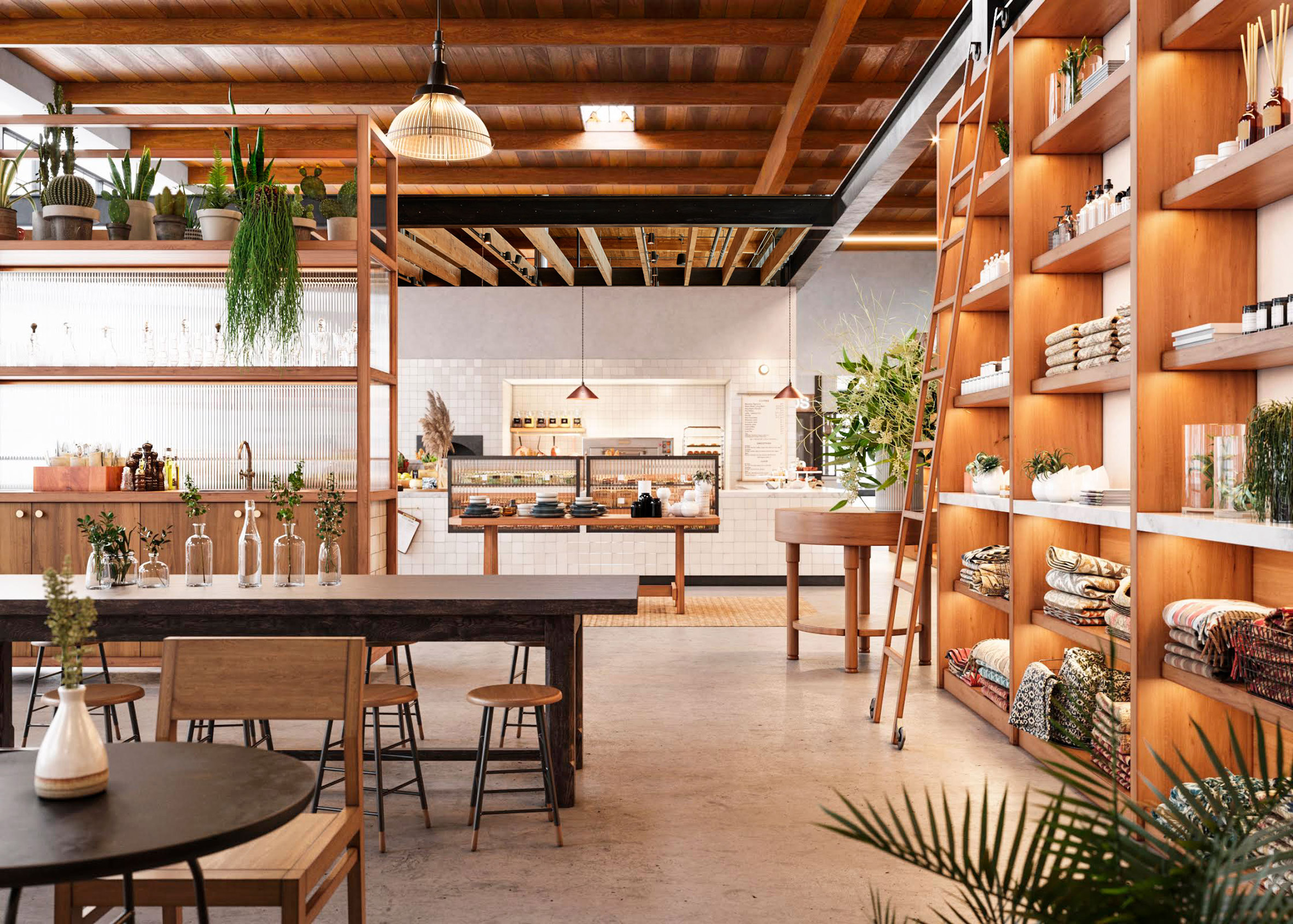 Islyn Studio designed the market with its owners Jim Long, and Lauren and Jason Greene. The design brief was to create a “new food and wine revolution in New Mexico — a state known for Route 66, craft beer and green chili”. 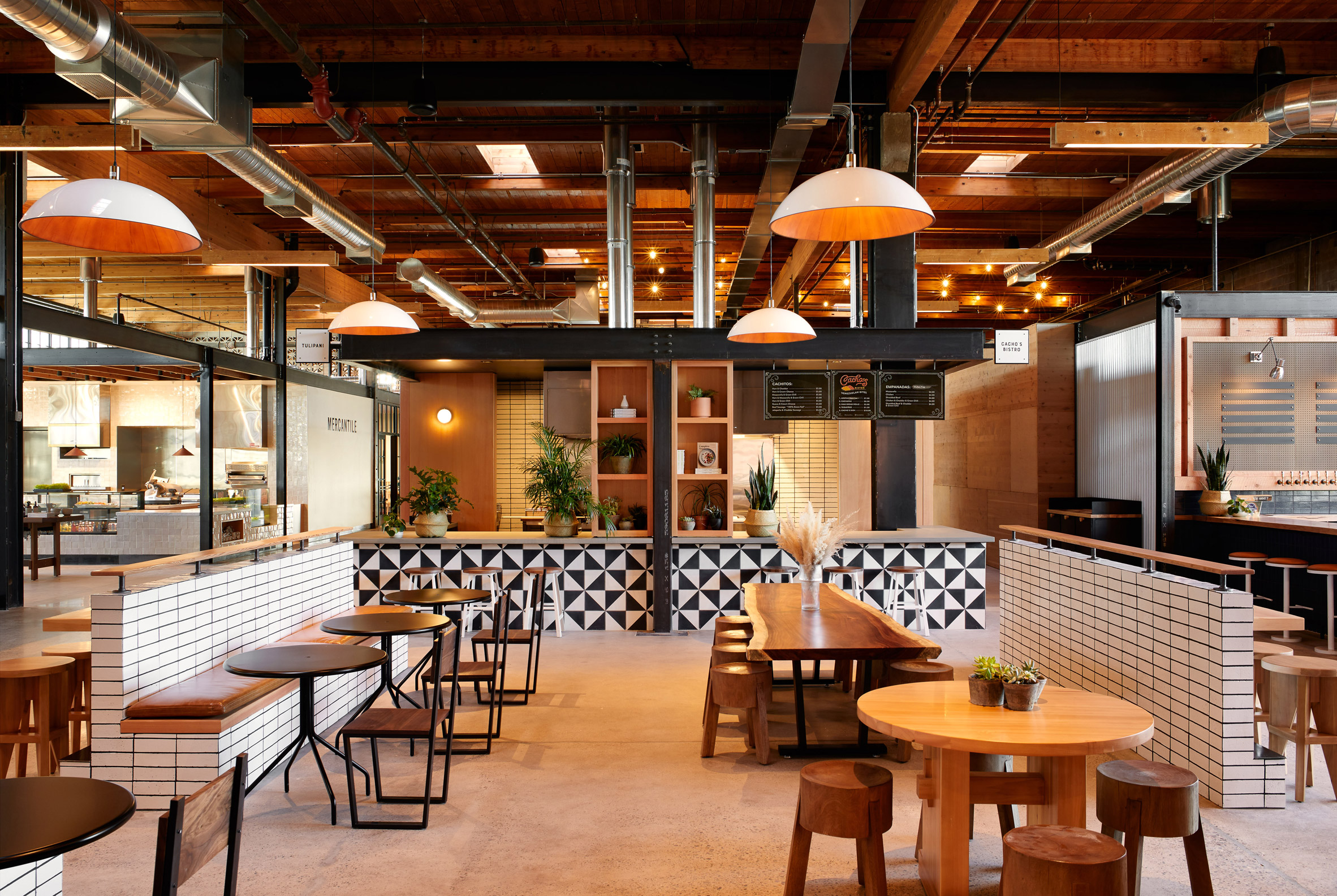 Interiors feature a combination of industrial details but with a light palette for an aesthetic that Islyn Studio chose to reinterpret New Mexico’s heritage.

There are elements of the existing structure, like voluminous dust collectors outside, and new glass doors and windows to usher natural light inside. 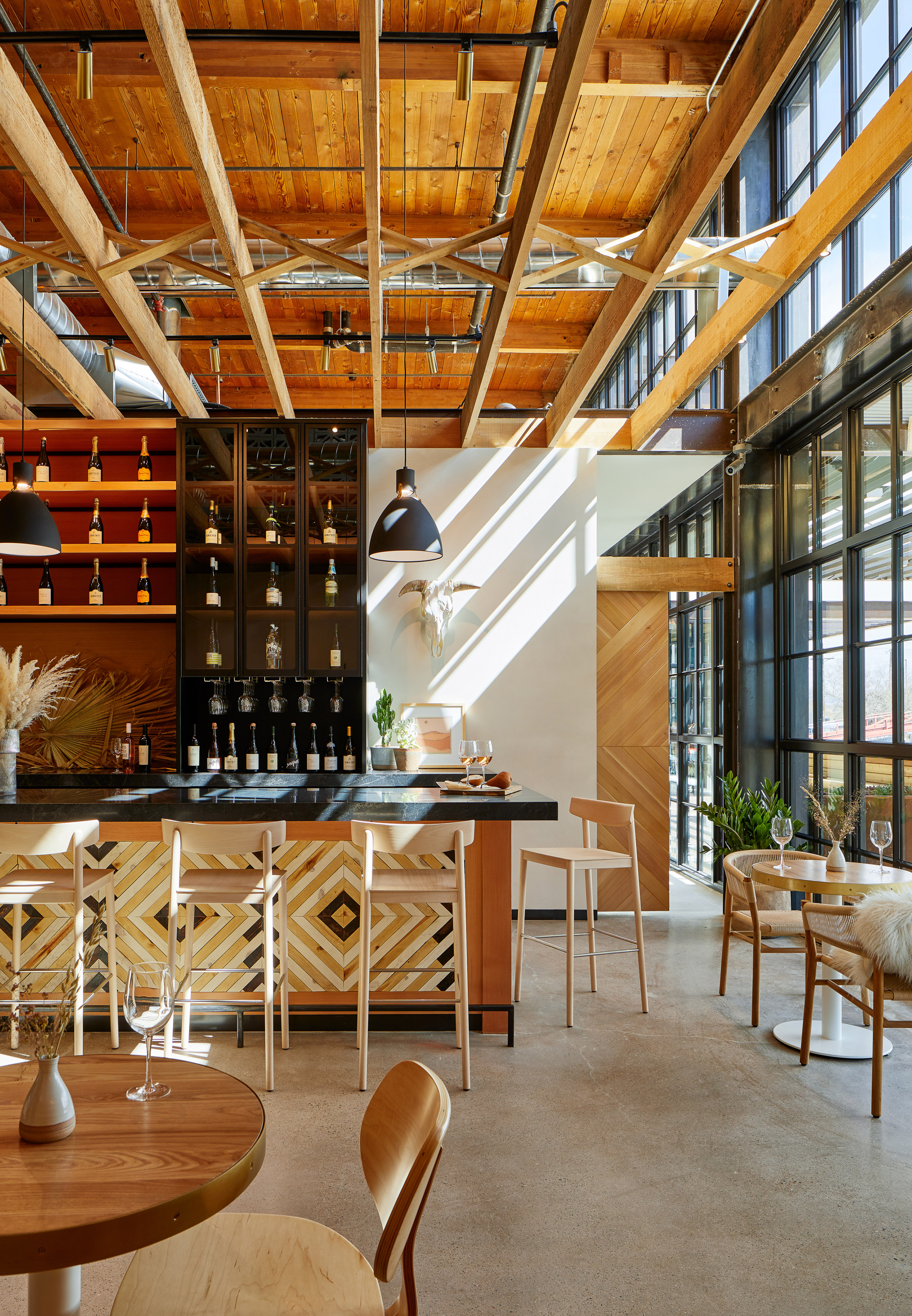 The studio said it drew cues from indigenous craft of the Navajo people, referencing adobe architecture and trading posts, as well as the colourful paintings of local nature by Georgia O’Keeffe from the 1930s. 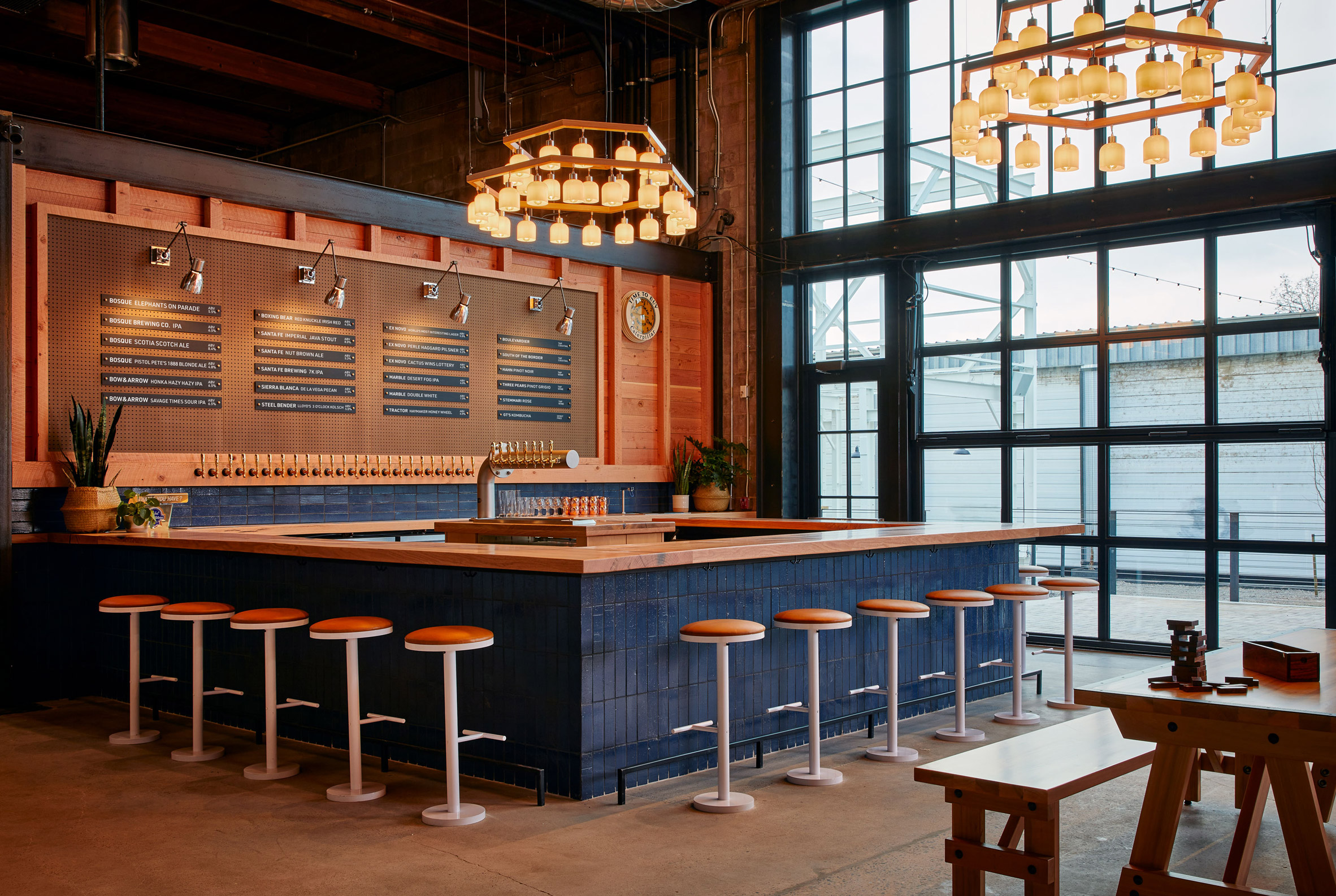 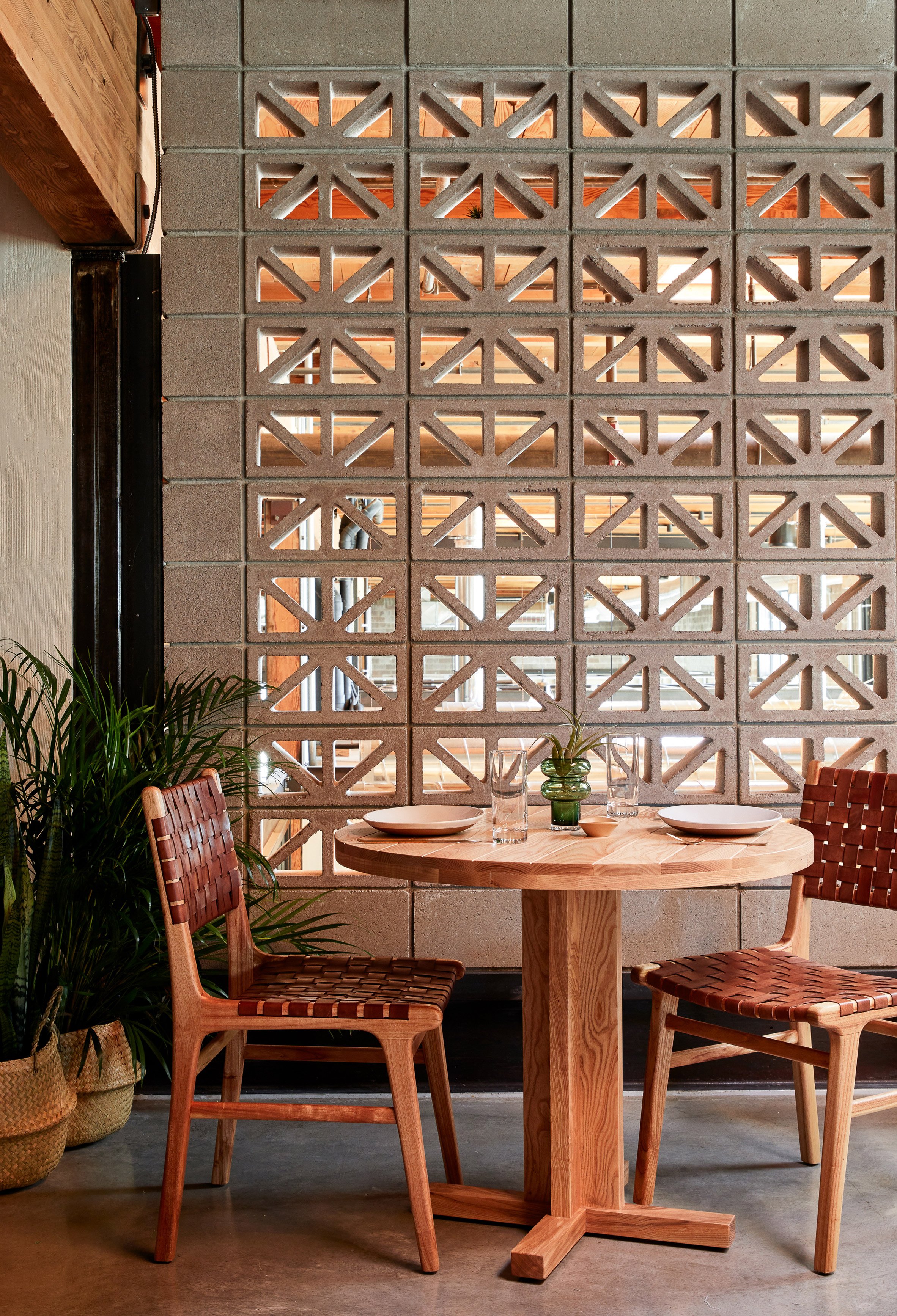 Decor includes handmade tiles, a mix of wood furniture, plants and a range of light fixtures. Much was sourced nearby or built from reclaimed materials.

“We utilised adaptive reuse and creative salvage everywhere we could,” said the studio. “Most materials were sourced within a 10-mile radius.” 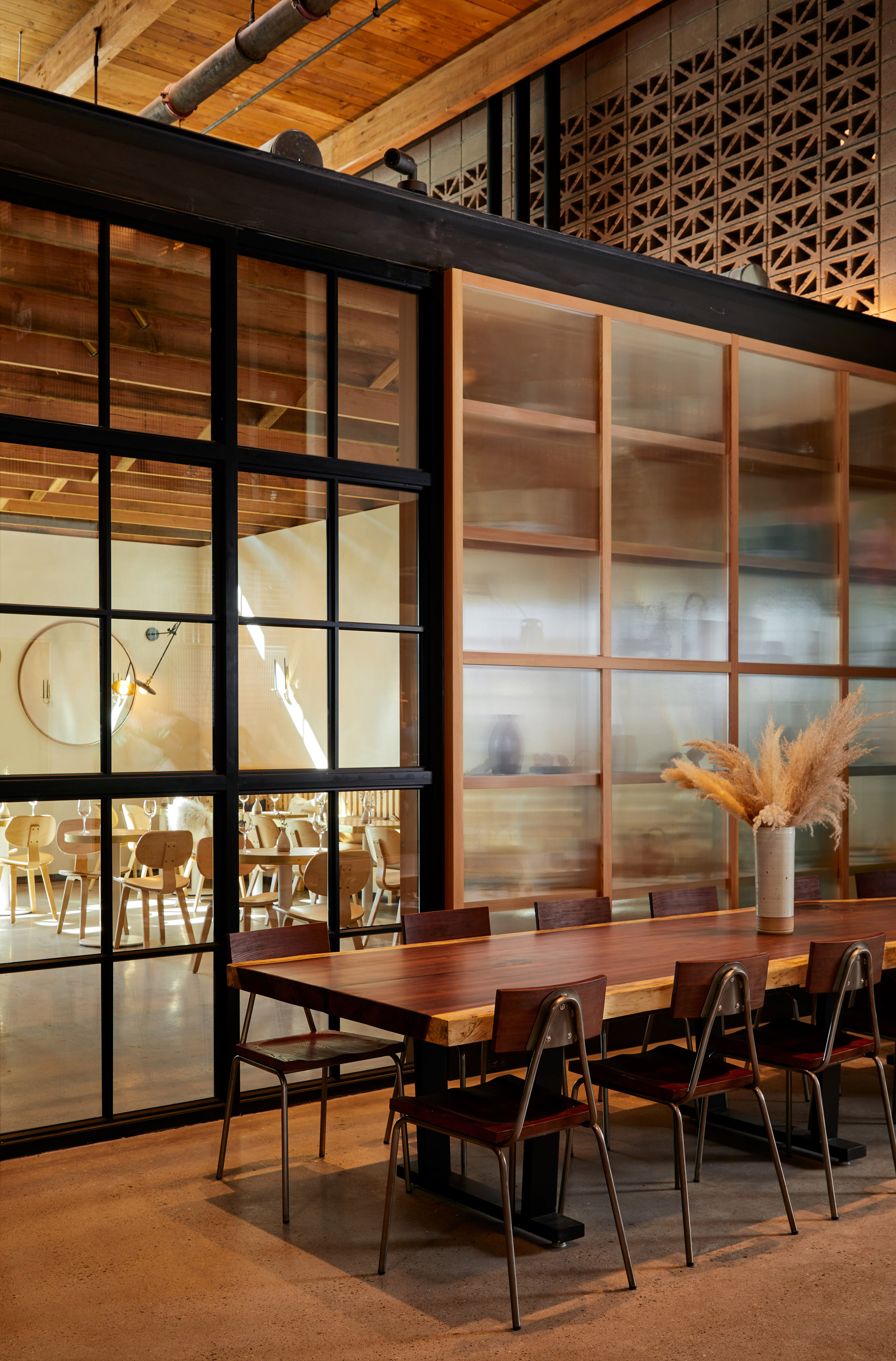 One bar area has wood pegboards and stacked lumber, representative of the building’s past, while an enclosed dining area and wine bar is designed to be more intimate and formal.

A chocolate shop, coffee bar, patisserie, a Japanese ice cream joint, and a bright and airy cafe with a gift shop are also included. 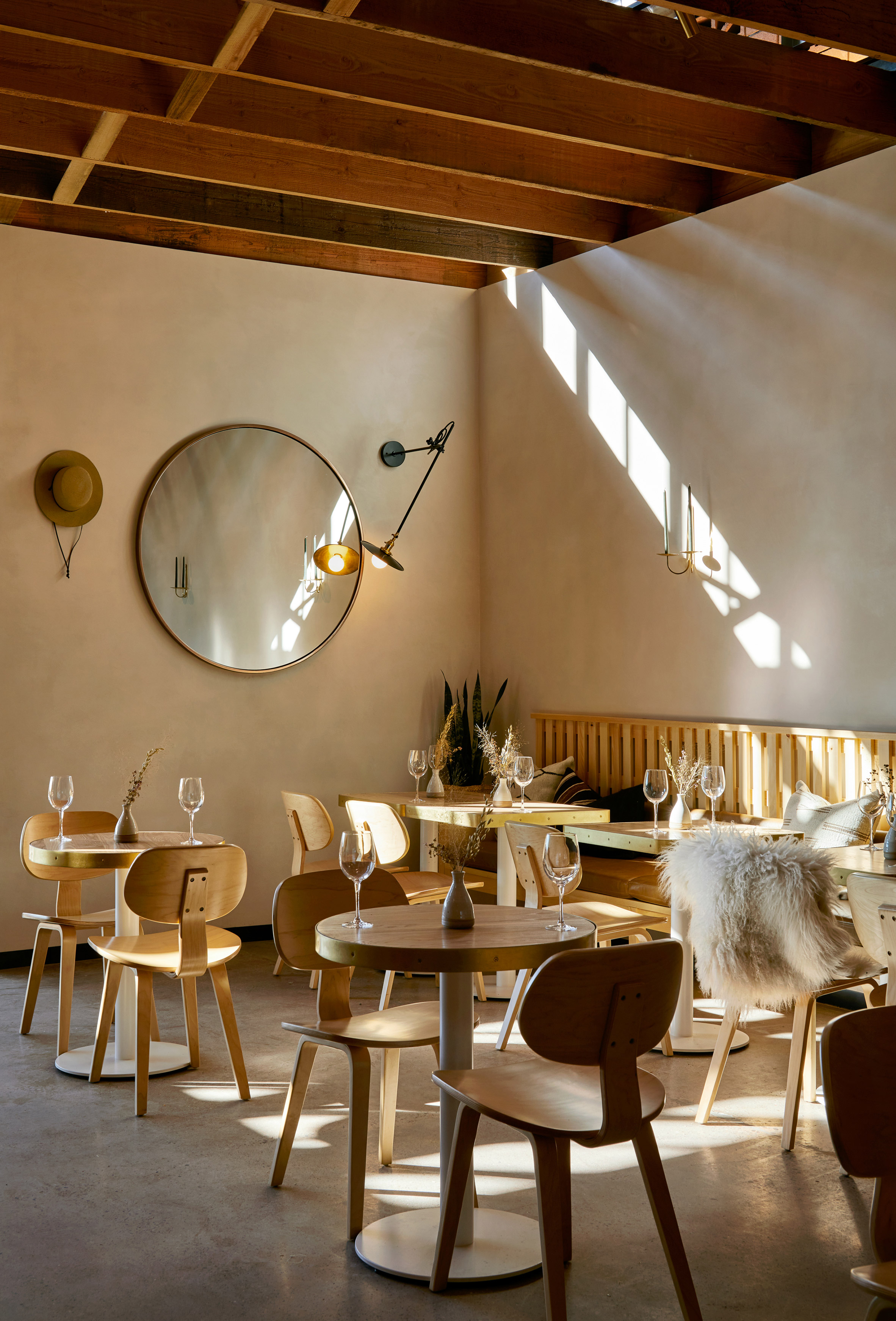 Rounding out the design are concrete floors, walls painted in cream or white, a gridwork of steel beams and exposed beams and ductwork overhead.

Islyn Studio was founded by Ashley Wilkins in 2017, and it has also designed a veterinary clinic in Brooklyn. 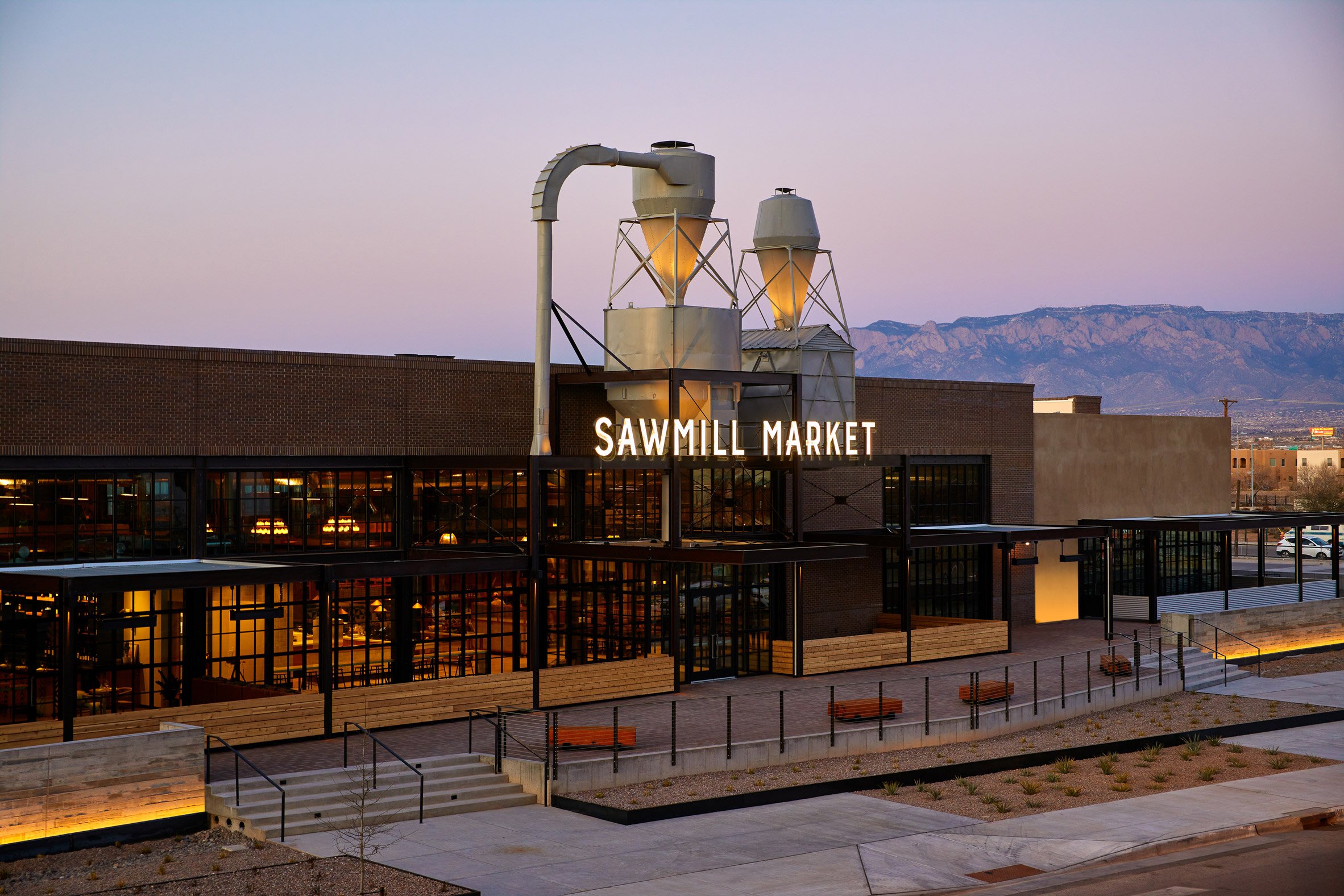 Other food hall designs are Malmö Market Hall in a former freight depot in Sweden, a food court in Mexico City by MYT+GLVDK and a street-food market in the Netherlands in an old grain silo.

Photography is by Read McKendree.