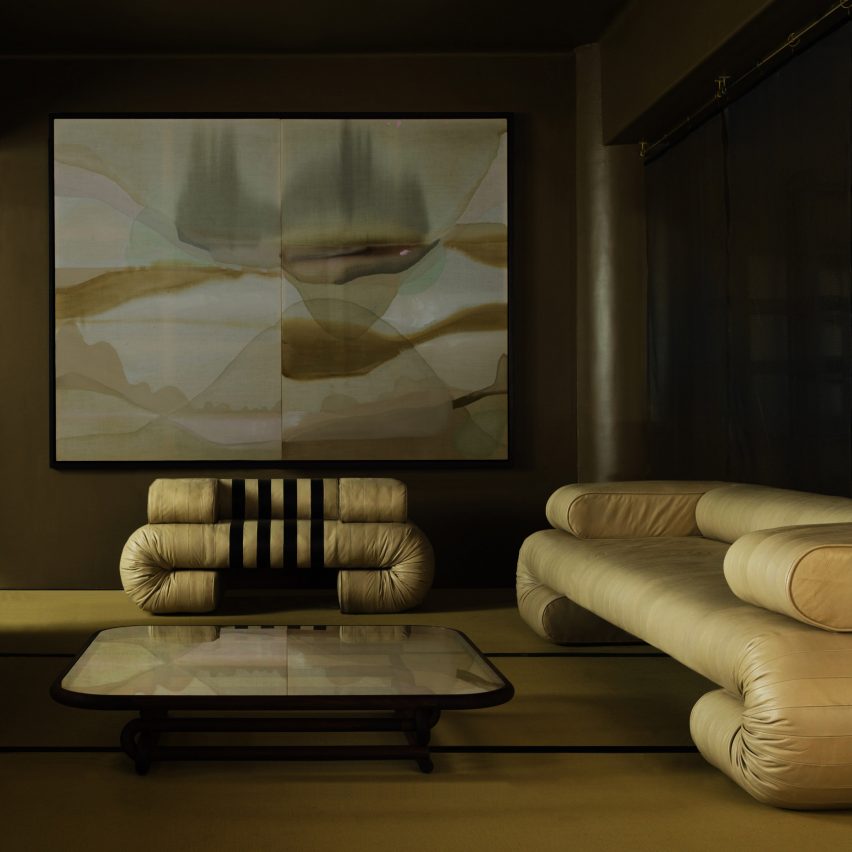 Design studio Vidivixi has teamed its furniture collection with works by US artists and designers to create a series of moody sets in its Mexico City showroom.

Vidivixi, which is led by British designer Adam Caplowe and American designer Mark Grattan, transformed a “messy artist’s studio” in the Colonia San Rafael neighbourhood to create its first showroom. Grattan acted as a “matchmaker” to find suitable designs that would complement the studio’s furniture collection, which it describes as a “reflection on warm voluminous forms and bold graphic contours”. 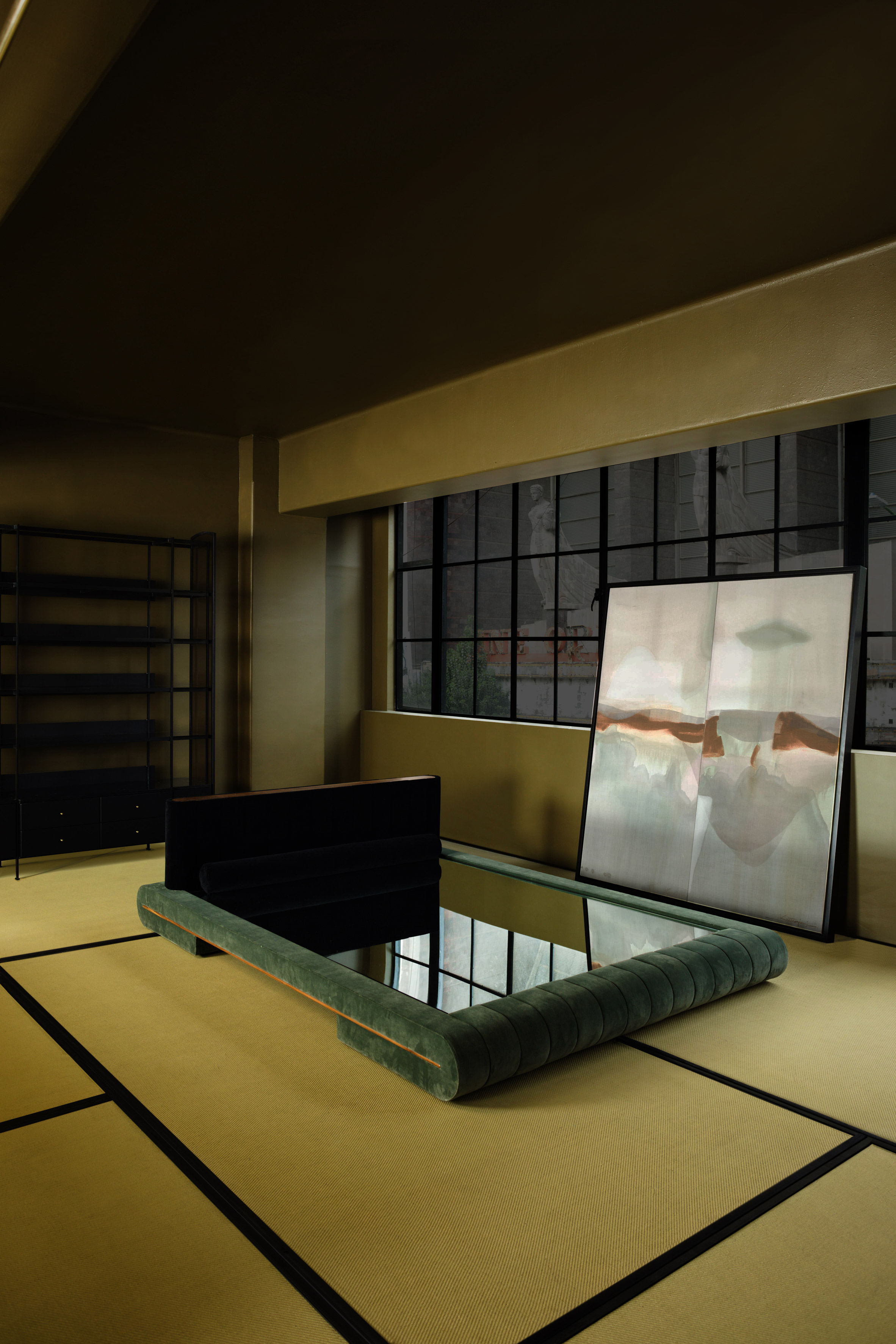 Furniture from the 2020 collection is used to form different home-like setups across the showroom with complementary designs and artworks.

For example, an abstract painting by Atlanta artist Kristen Giorgi picks up the shapes and hues of Vidivixi’s pale leather, tubular Club Chair placed in front. 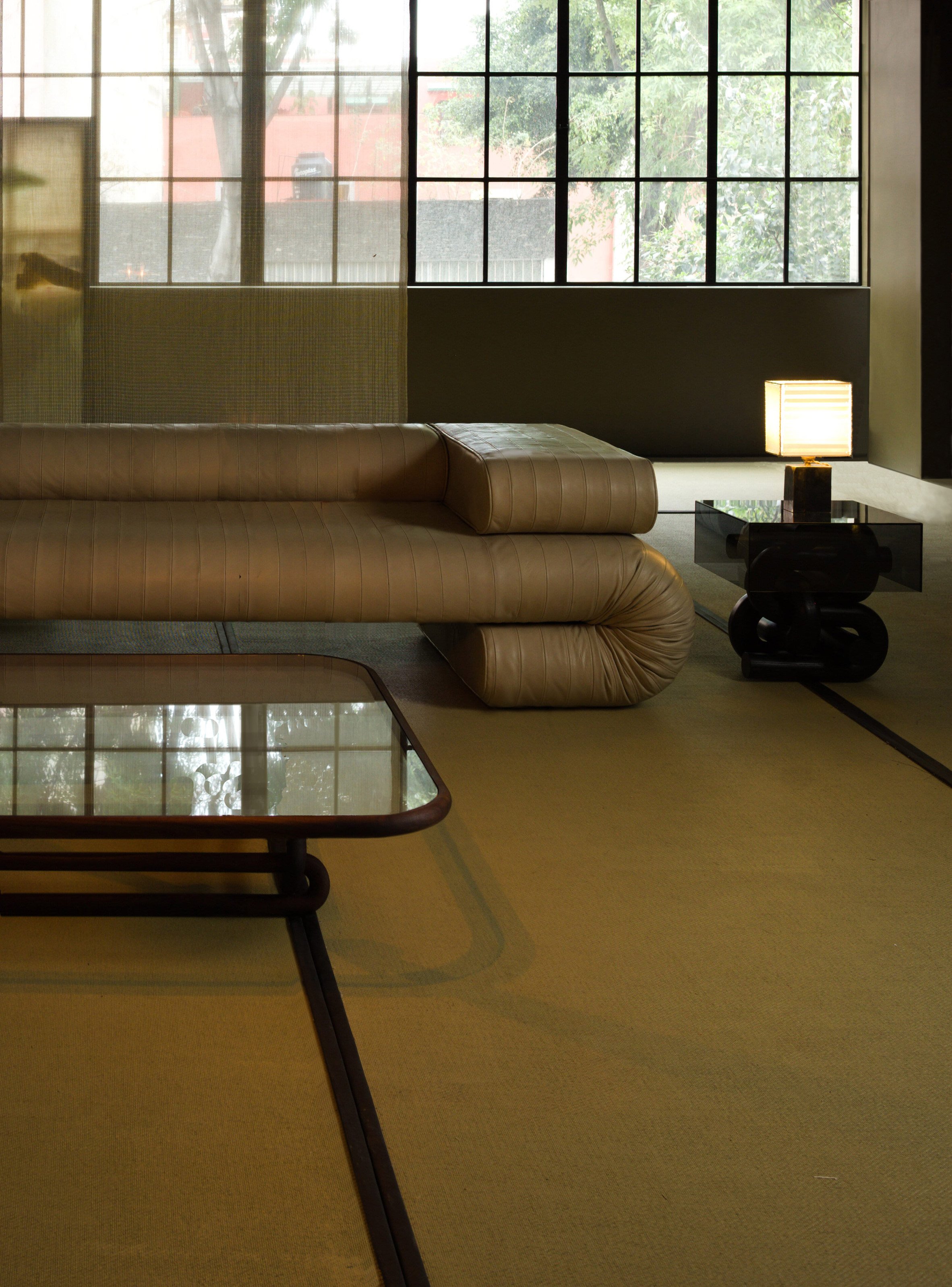 Two versions of the sofa are arranged around the Cafe Con Leche, a table with an American walnut base and a mirrored top that reflects Giorgi’s artwork.

Tatami mats with thick black lines pick up on the black leather piping that wraps one of the sofas and the dyed-black oak trim on the Switch sideboard. 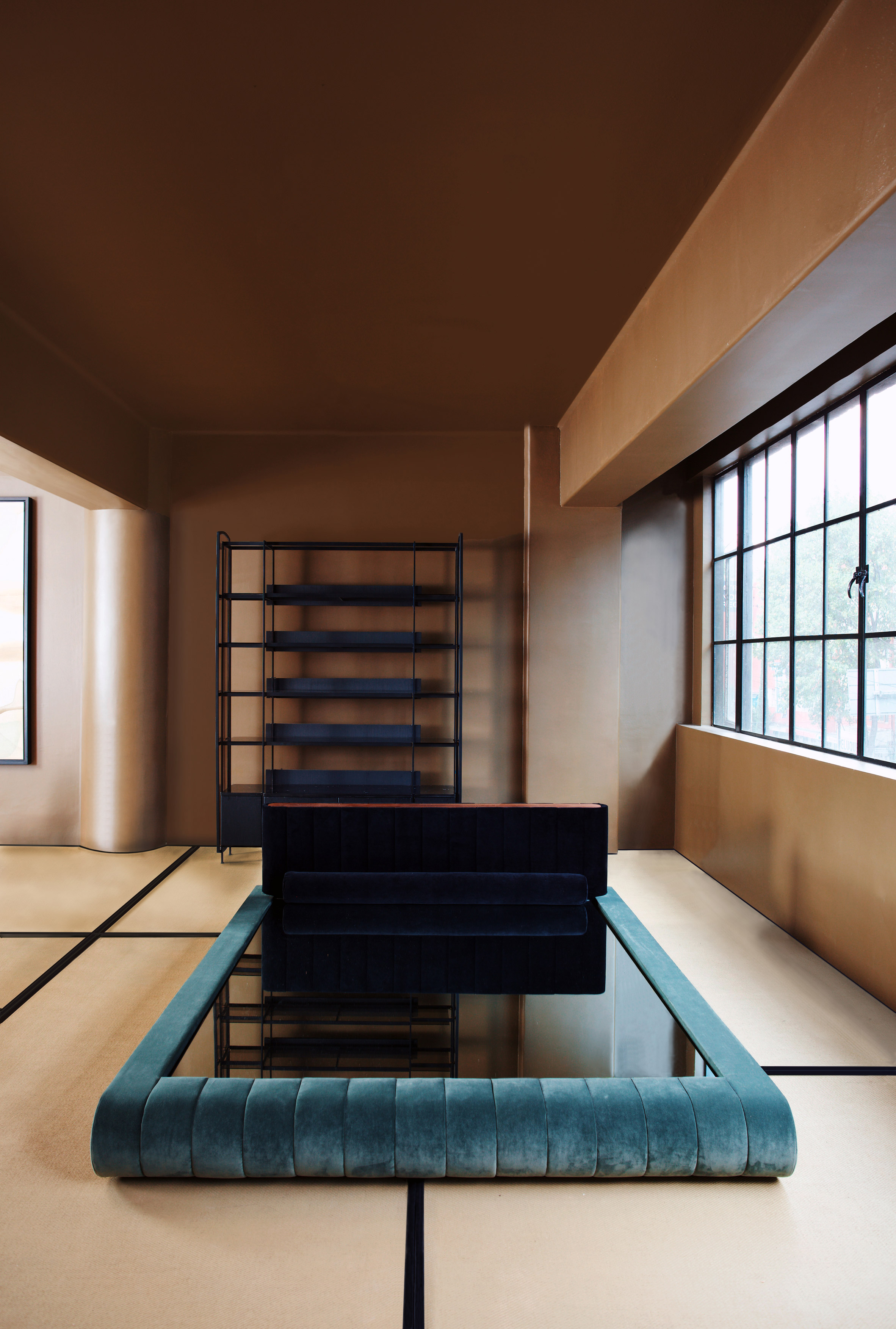 The credenza has an undyed leather body and is topped with table lamp by New York furniture and lighting designer Adam Otlewski.

Walls are painted a dark hue while natural light filters in through a series of sheer curtains, a reference to traditional Japanese fabric dividers known as Noren, that hang from bronze rails in front of gridded black windows. In another space is the Docked en Rio bed, which has a green and black velvet that wraps the bedframe, paired with the black Figure of 8 Side Table, named after its interlocking base.

The table, which has a glass top, is complemented by an S-shaped light by Brooklyn designer Farrah Sit. 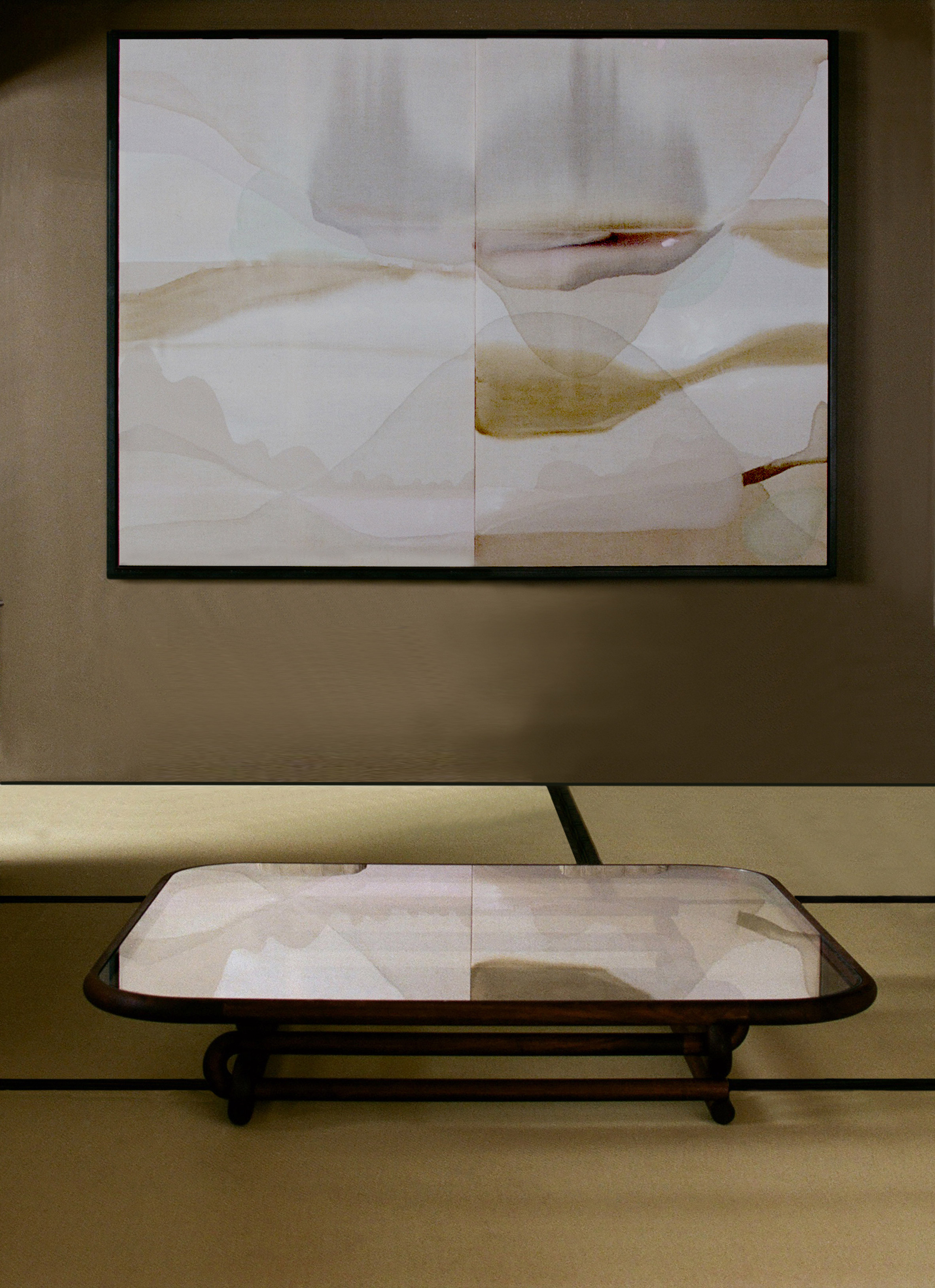 Vidivixi also collaborated with Brooklyn design practice Bower Studios to create two mirrors that take cues from Mexico City’s Luis Barragán. Shaped like large fork ends, each is topped with three prongs that are detailed to give the illusion of depth – a recurring feature of Bower Studios‘ work.

The mirrors adorn a wall in a space dedicated to the dyed oak dining table called Vivien’s. 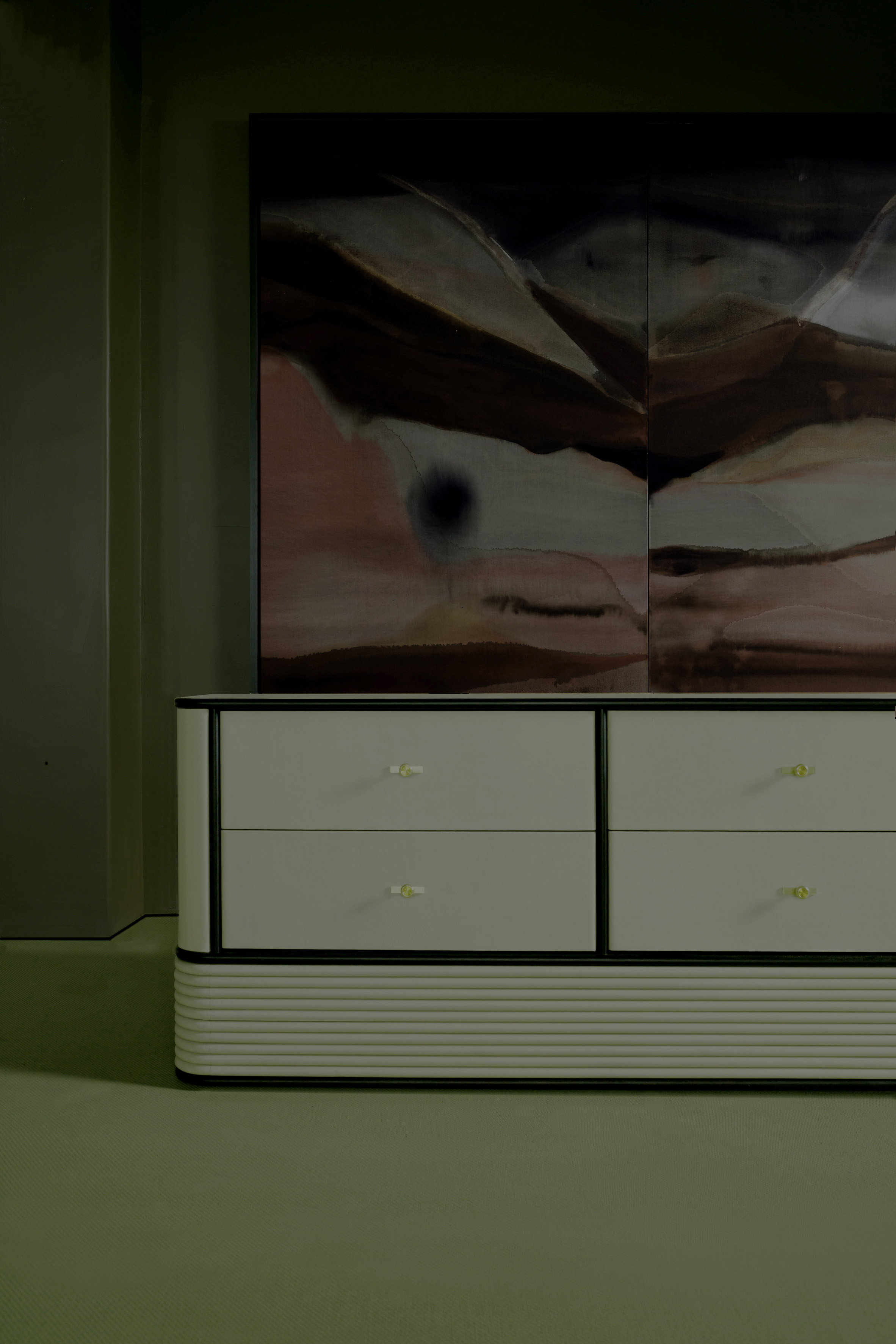 As part of the project, Vidivixi worked with both Sit and Bower Studios to produce their pieces in Mexico City.

“Through its showroom collaboration, Vidivixi is organically manoeuvring itself in ways we had not predicted; we now help designers from the states move their production to Mexico City, allowing for learning and expansion on both sides,” said the studio. 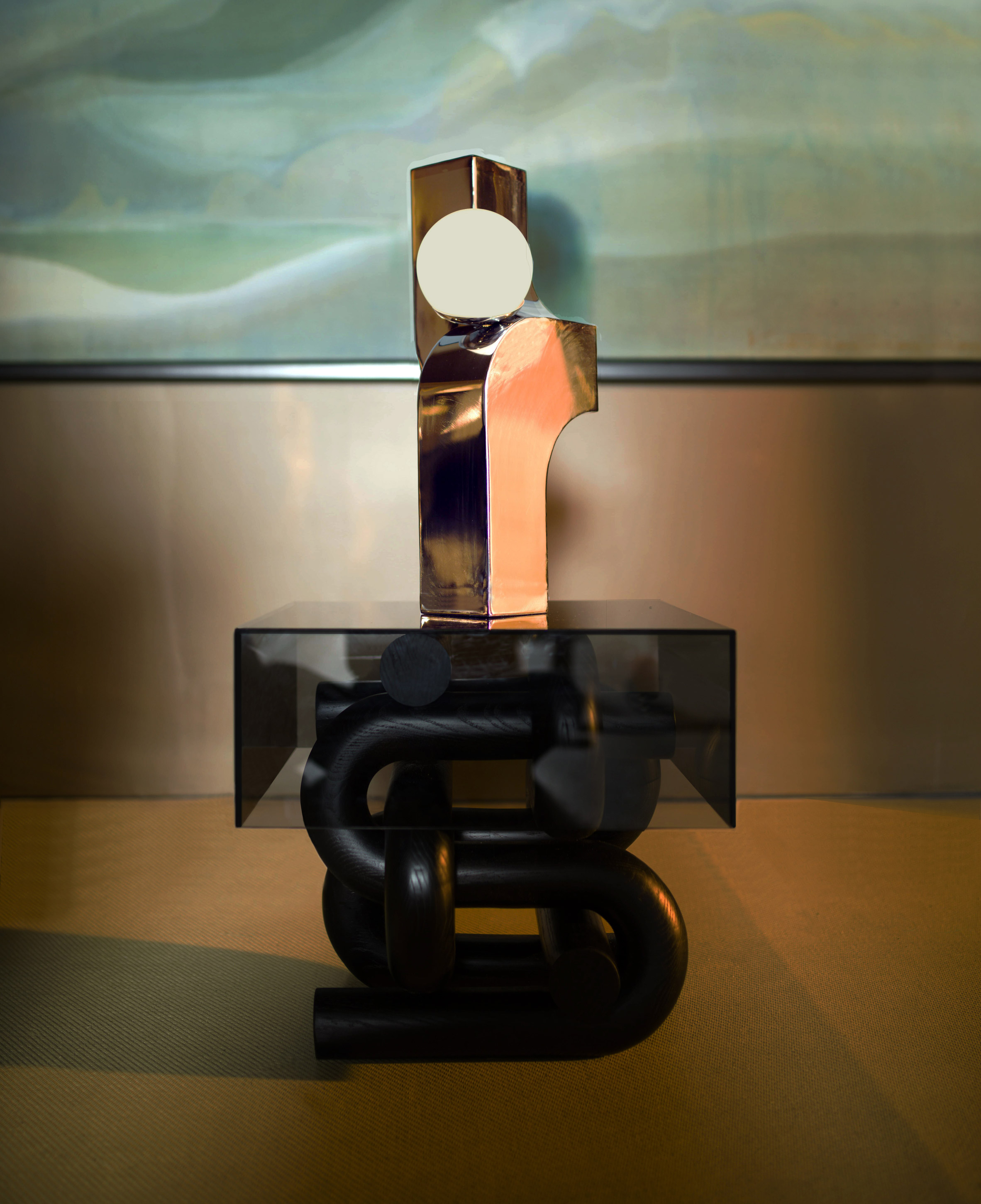 Vidivixi is named after the Latin phrase vidi vixi that translates as “I saw, I’ve lived”.

Co-founders Caplowe and Grattan, who were both previously based in New York, moved to Mexico City in 2016 to produce work free from financial stresses.

Previous collections include designs influenced by Japanese furniture and saddlebags.

Photography is by Pia Riverola.