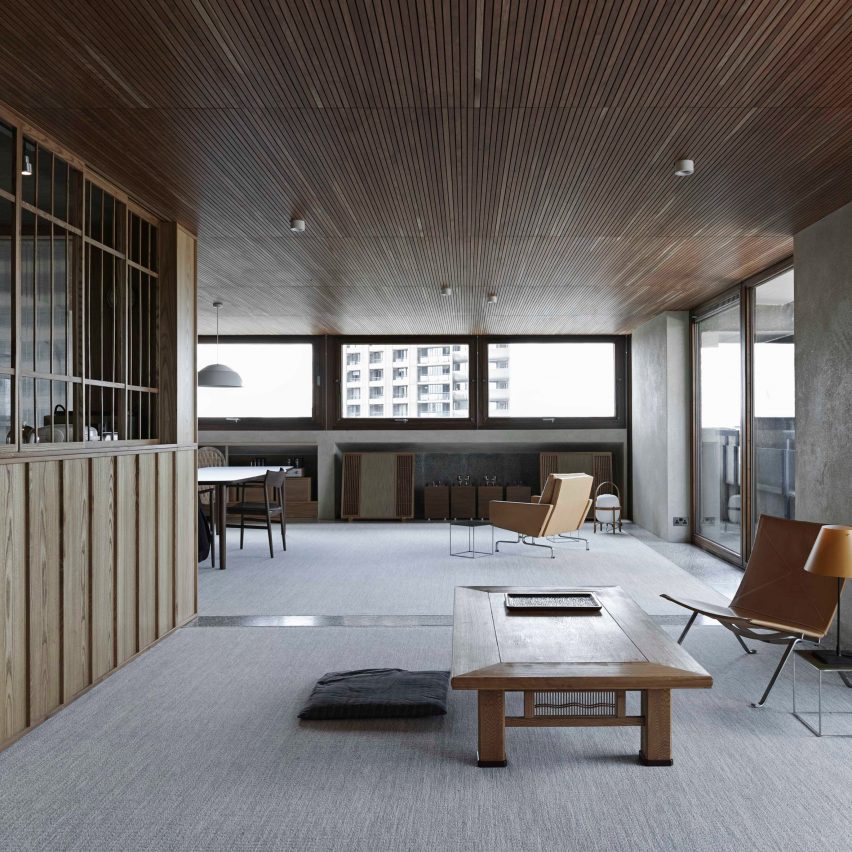 A client’s strong ties to Japan informed the interiors of this Barbican apartment, which has been overhauled by Takero Shimazaki Architects.

The apartment is within Shakespeare Tower, one of three high-rise buildings on London’s Barbican estate – a housing complex completed by architecture firm Chamberlin, Powell and Bon in 1976. 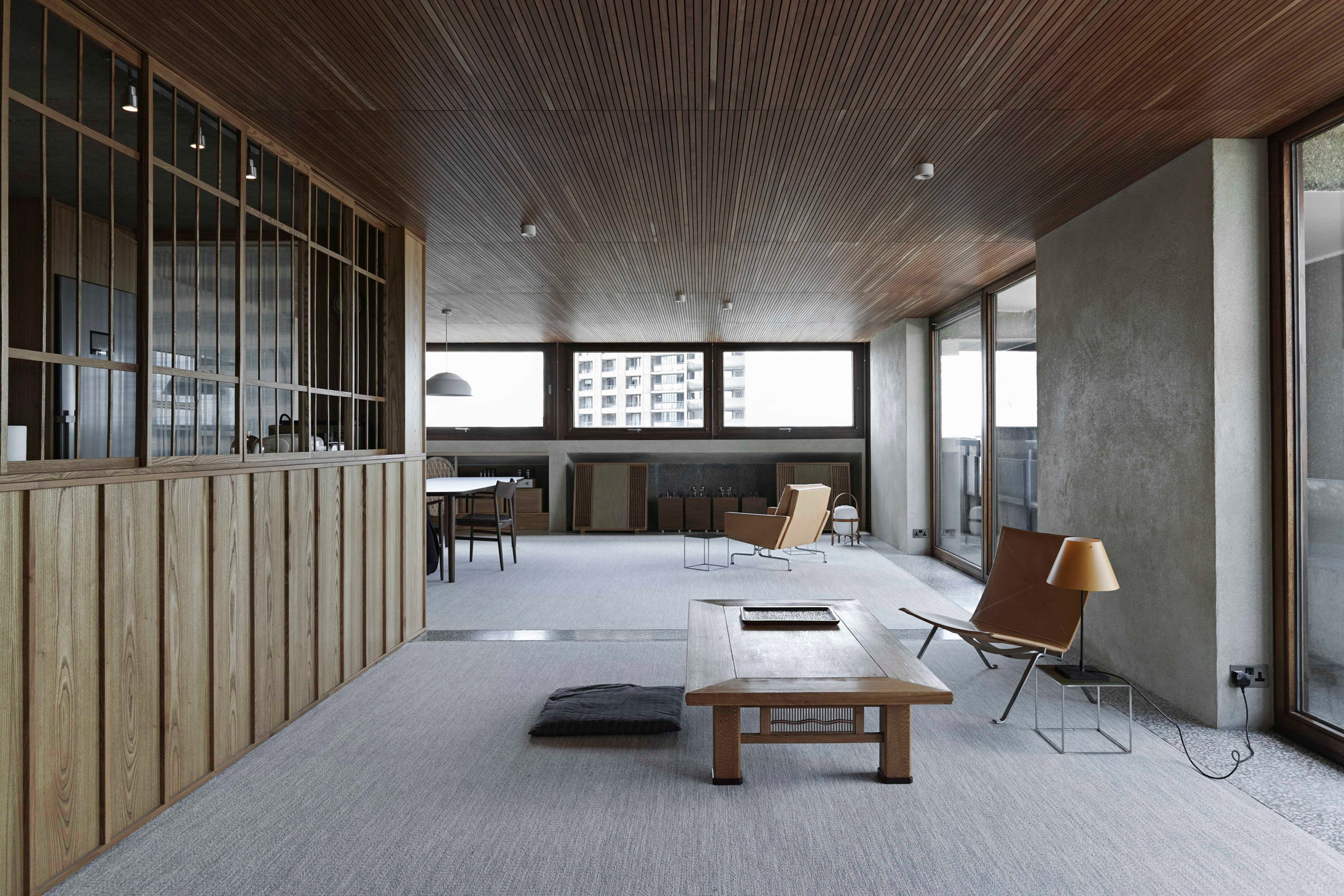 Its two owners had moved in after several years of living in Japan, during which they accrued an “extraordinary” knowledge of the country’s culture and language.

South London-based practice Takero Shimazaki Architects used this as a starting point for its overhaul of the apartment. It worked to achieve a delicate balance between Japanese aesthetics and the brutalist style of the estate’s buildings. 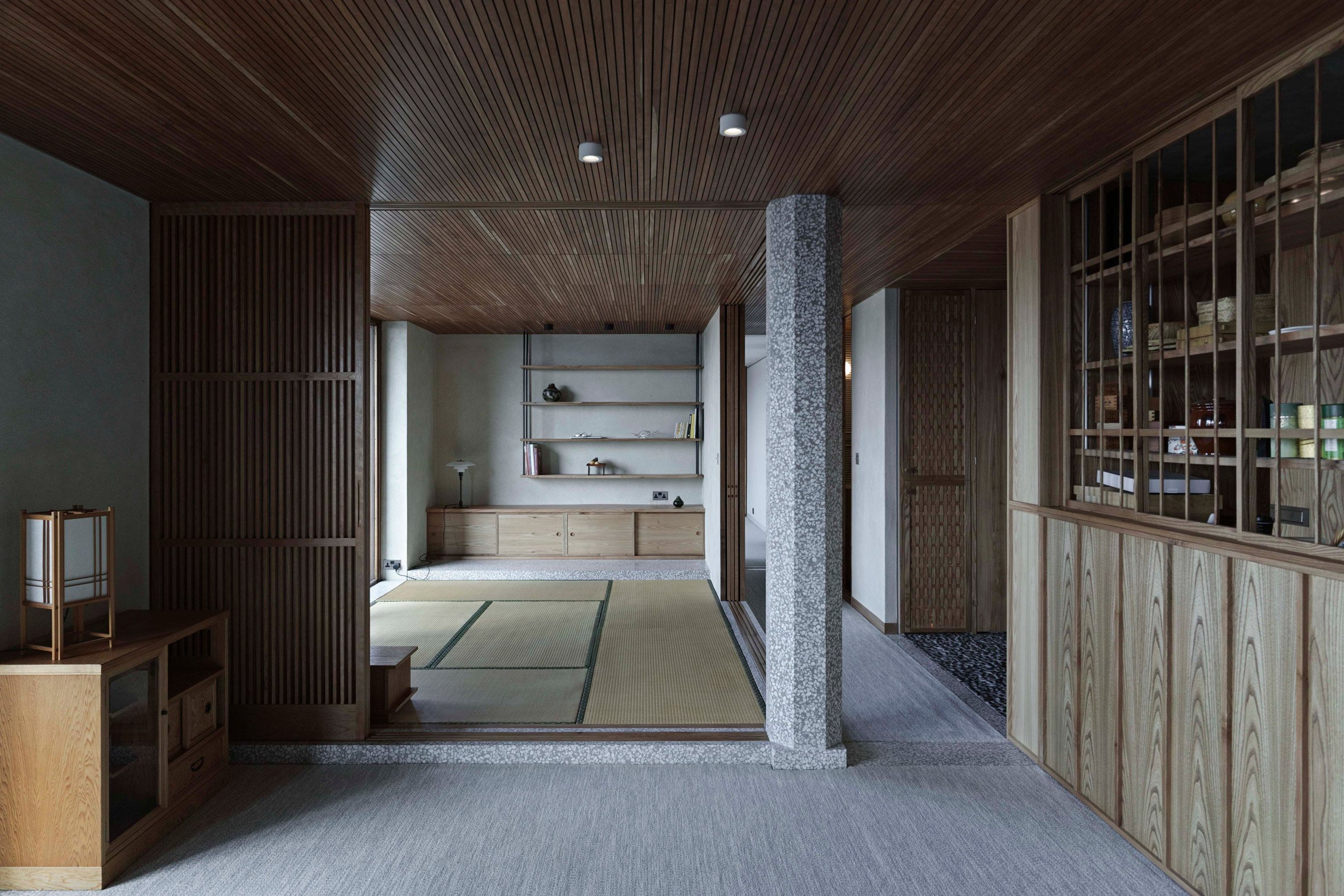 “For our inspiration, we looked towards many of the early modernist Japanese architects, who were dealing with similar issues of identity when European modernism was entering Japan at rapid speed,” said the practice.

“Amongst these architects, we found the work of Seiichi Shirai particularly complex and interesting,” it continued.

“Shirai lived in Germany, initially studying philosophy. Later, when he returned to Japan, his work seemed to be about working with both the traditional Japanese architectural and European classical language, but aiming to transcend both.” 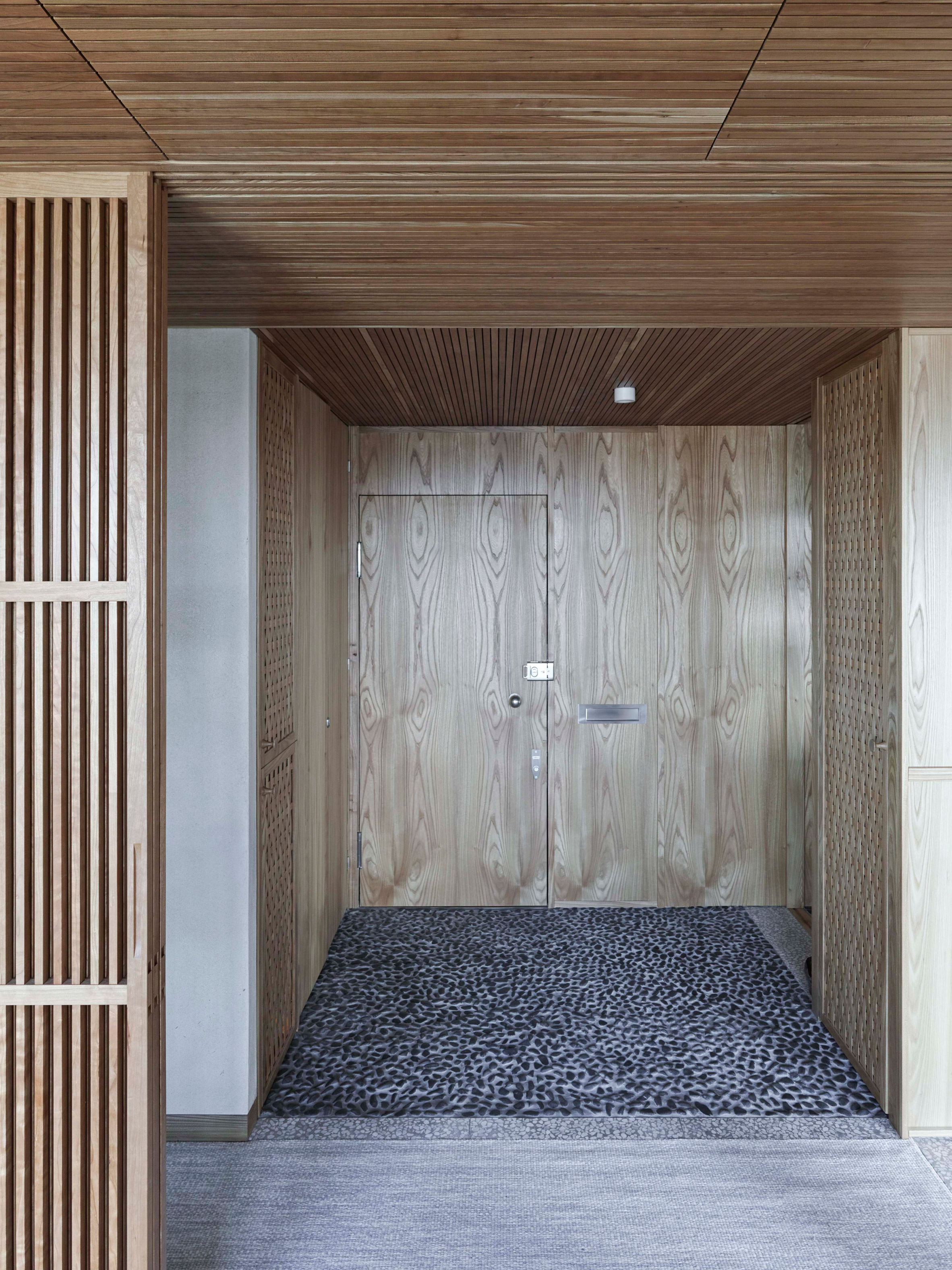 The apartment has been dotted with a number of Japan-inspired details. At the rear of its L-shaped living area lies a cosy nook that has a floor lined with tatami mats to offset the “weighty mass” of the surrounding concrete walls.

A patch of flooring by the entrance door has been completed using araidashi – a traditional Japanese craft method where stone pebbles are mixed with mortar, laid and washed with water before drying, leaving a flecked surface finish. 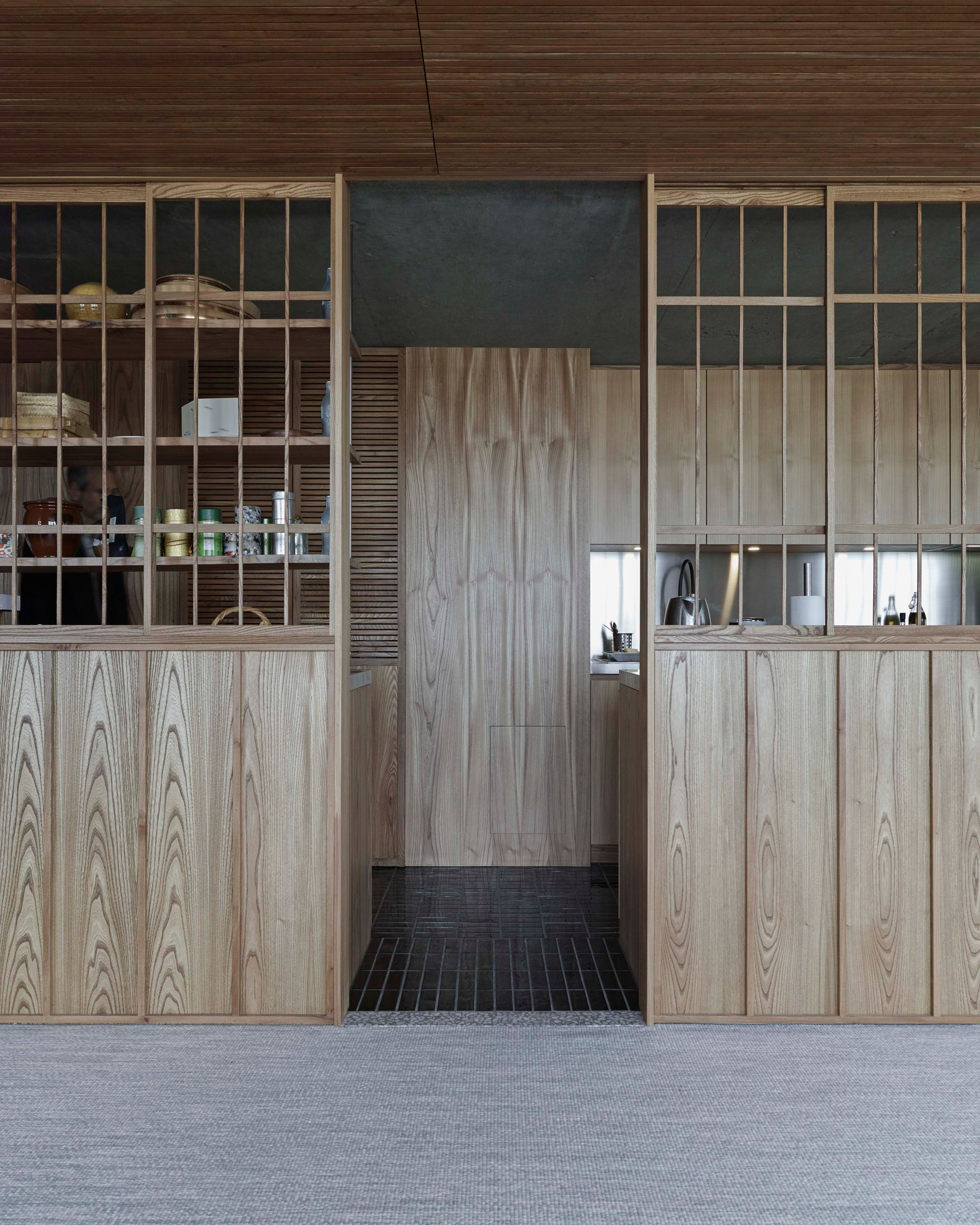 Keeping major structural changes to a minimum, the practice decided to insert a chunky grey-terrazzo column that “hugs” the edge of the tatami-lined room.

“We made a gesture that this non-structural column could act as a bridge between the two conflicting languages of this interior architecture,” explained the practice.

“Shirai was also obsessed with columns throughout his architectural career.” 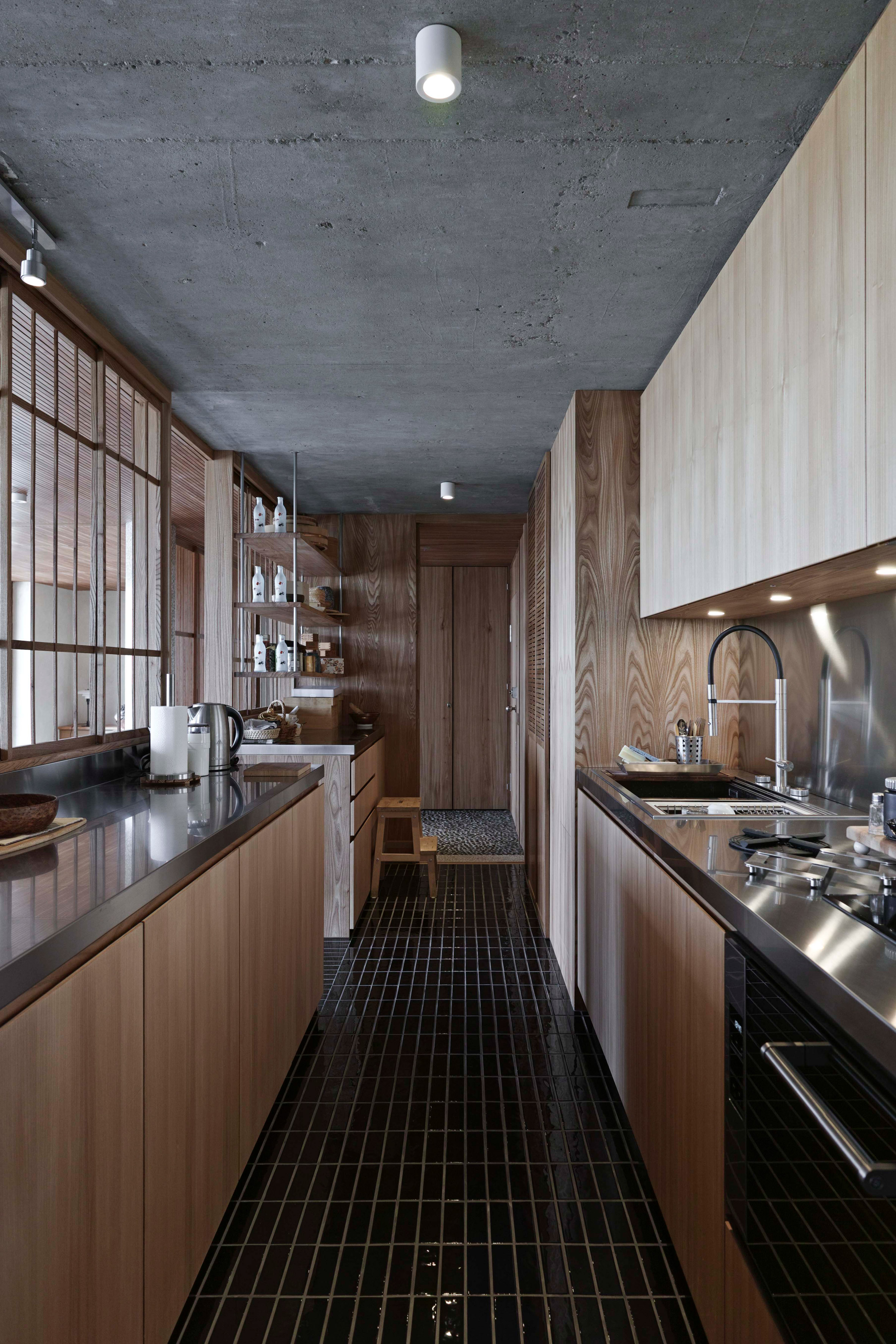 The same terrazzo has been used to form a border around the apartment’s edges, creating what the practice describes as a “shimmering, water-like edge” when illuminated by natural light from the restored windows. 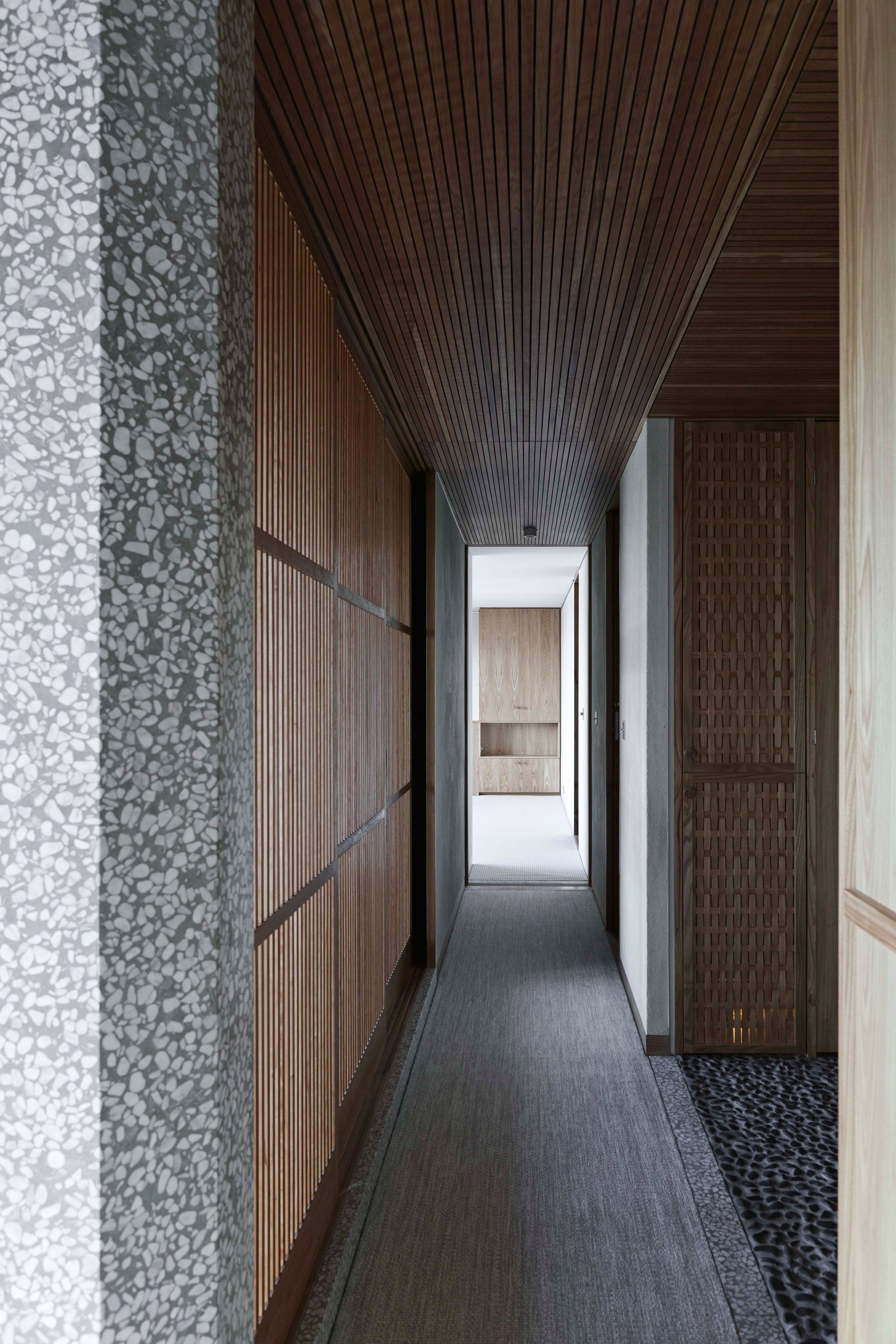 Gridded panels of timber have been used to partially conceal the kitchen, which has been completed with wooden cabinetry, stainless-steel countertops and glossy black-tile floors. 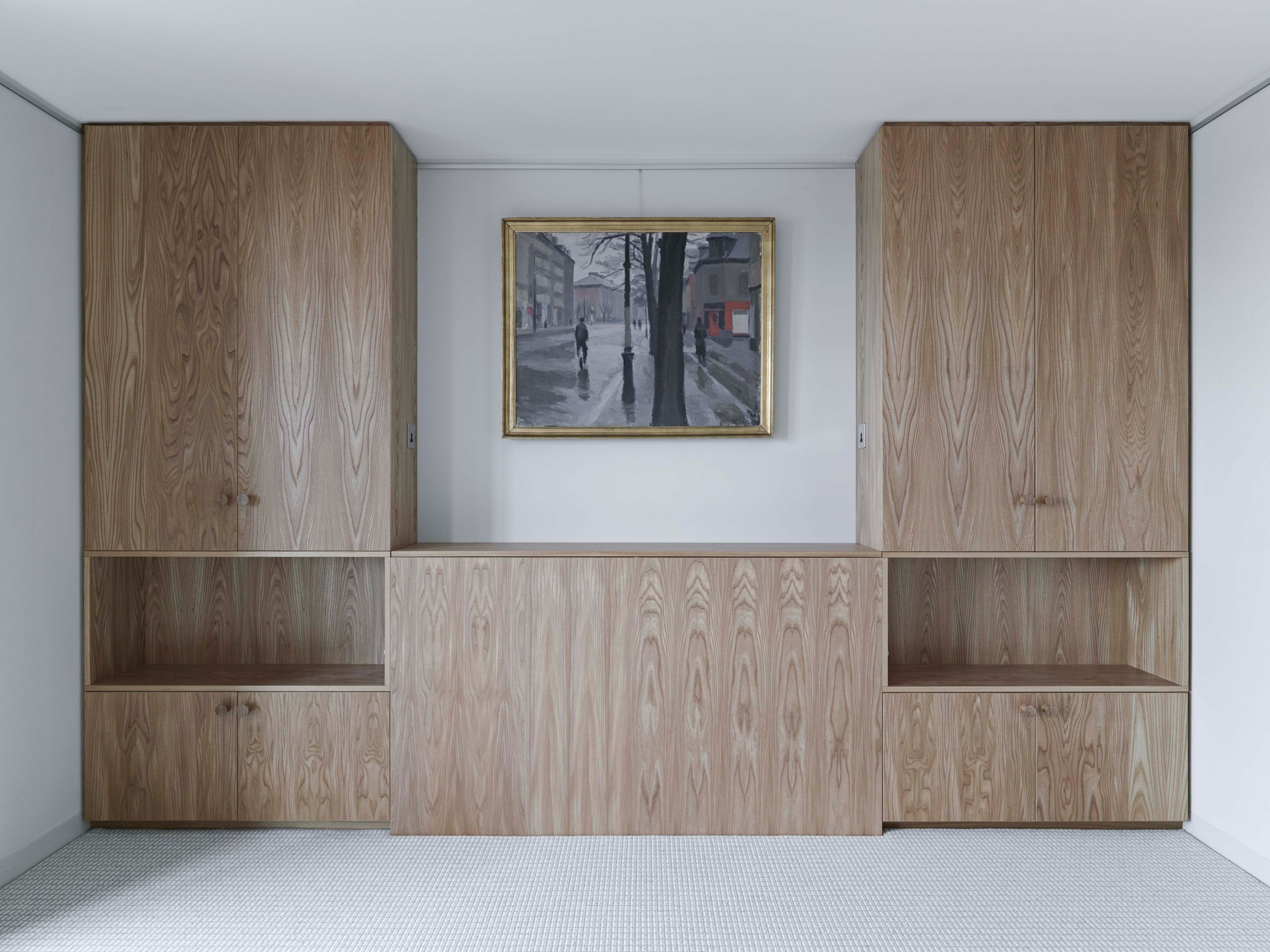 In 2013, it worked alongside architect Charlie Luxton to update a 1960s home in Buckinghamshire, adding black-painted brickwork, expansive windows and an angular roof.

Photography is by Anton Gorlenko.