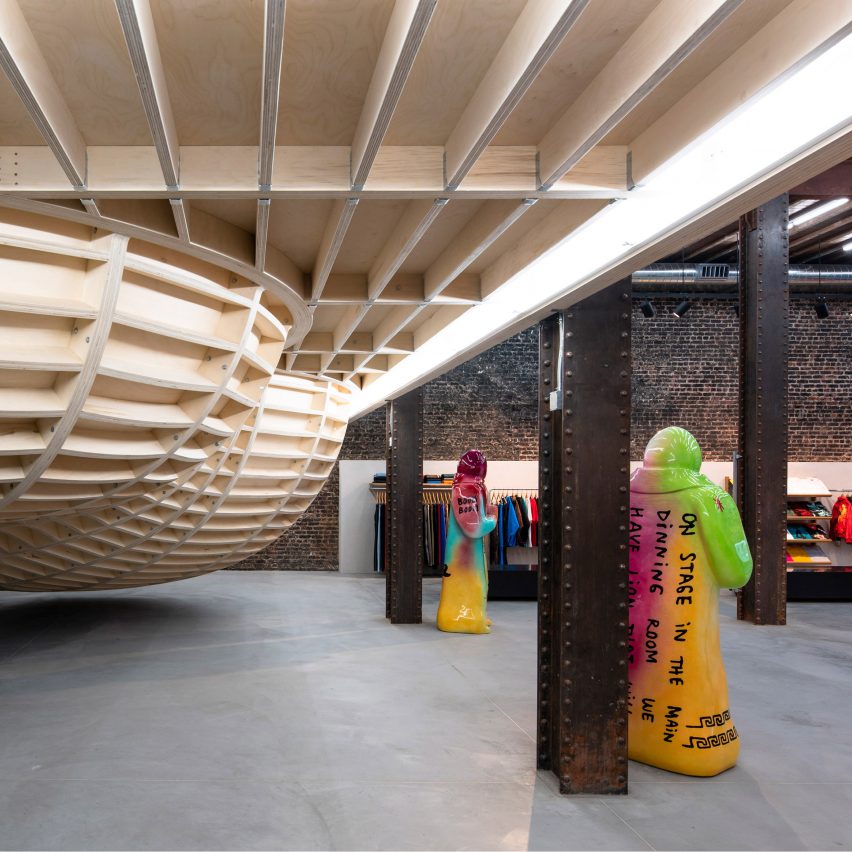 London design studio Brinkworth has built an elevated skateboarding bowl inside this Supreme store in San Francisco that reverberates sounds “like a huge speaker”.

The Supreme store is in the city’s Mid-Market neighbourhood, in a retail space on the ground floor of an industrial building renovated by UK practices Brinkworth and Wilson Brothers. 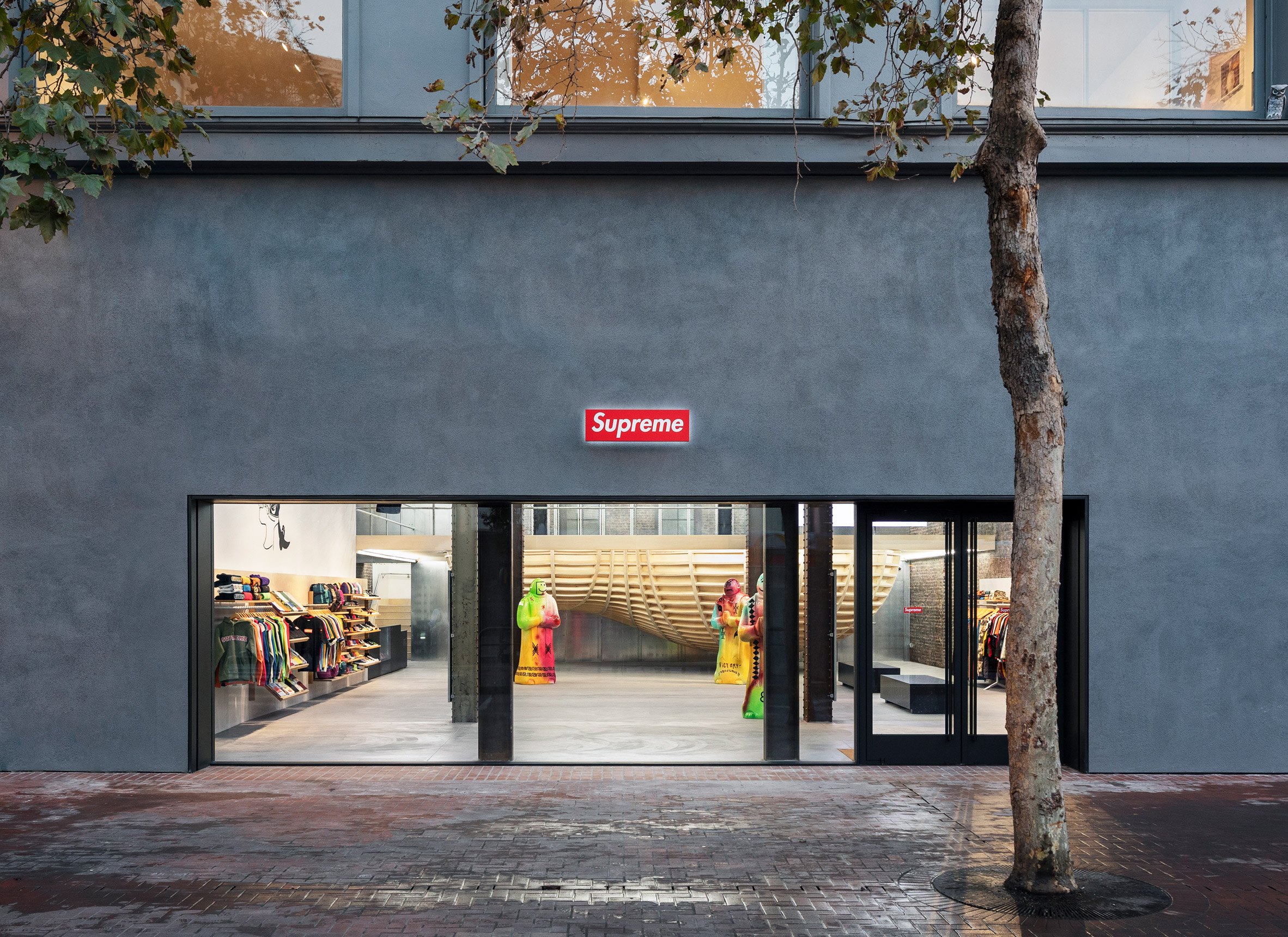 The duo worked together 10 years ago to design Supreme’s London store, and then later for the California project with Supreme‘s founder James Jebbia.

A focal point of the store is an elevated bowl for skateboarding inside the retail shop, positioned in the rear of the space. It is built with a curved, wood exoskeleton and textured lacquer, and hung from the ceiling rather than supported on the ground. 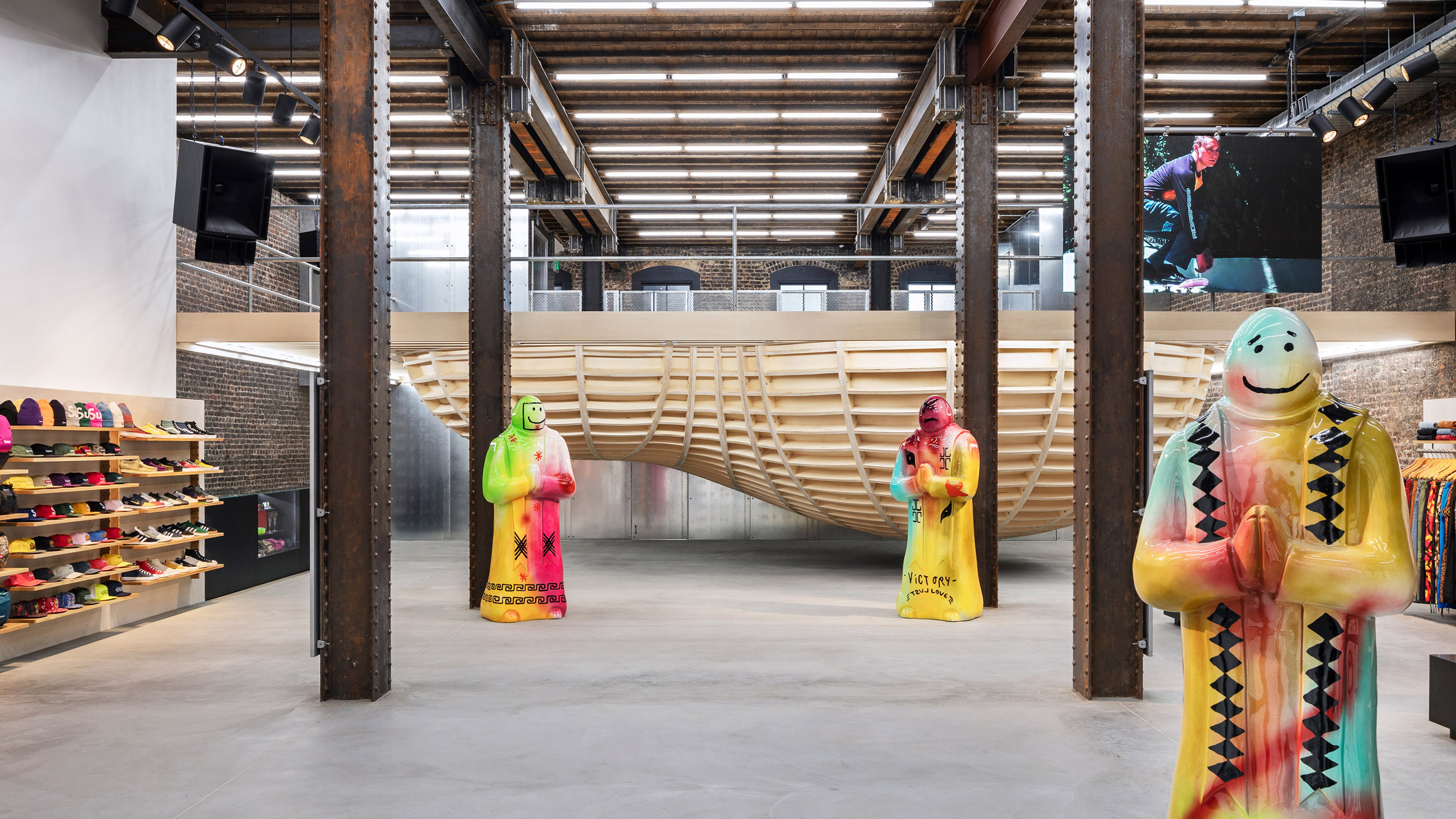 The underside is left exposed and visitors can walk underneath. As people skate it, the hollow space enhances the loud sounds that clamour across the store.

“The bowl is like a huge speaker,” said Adam Brinkworth, who founded Brinkworth in 1990. “Getting immersed in the thunderous sound of it being ridden makes my hair stand on end.” 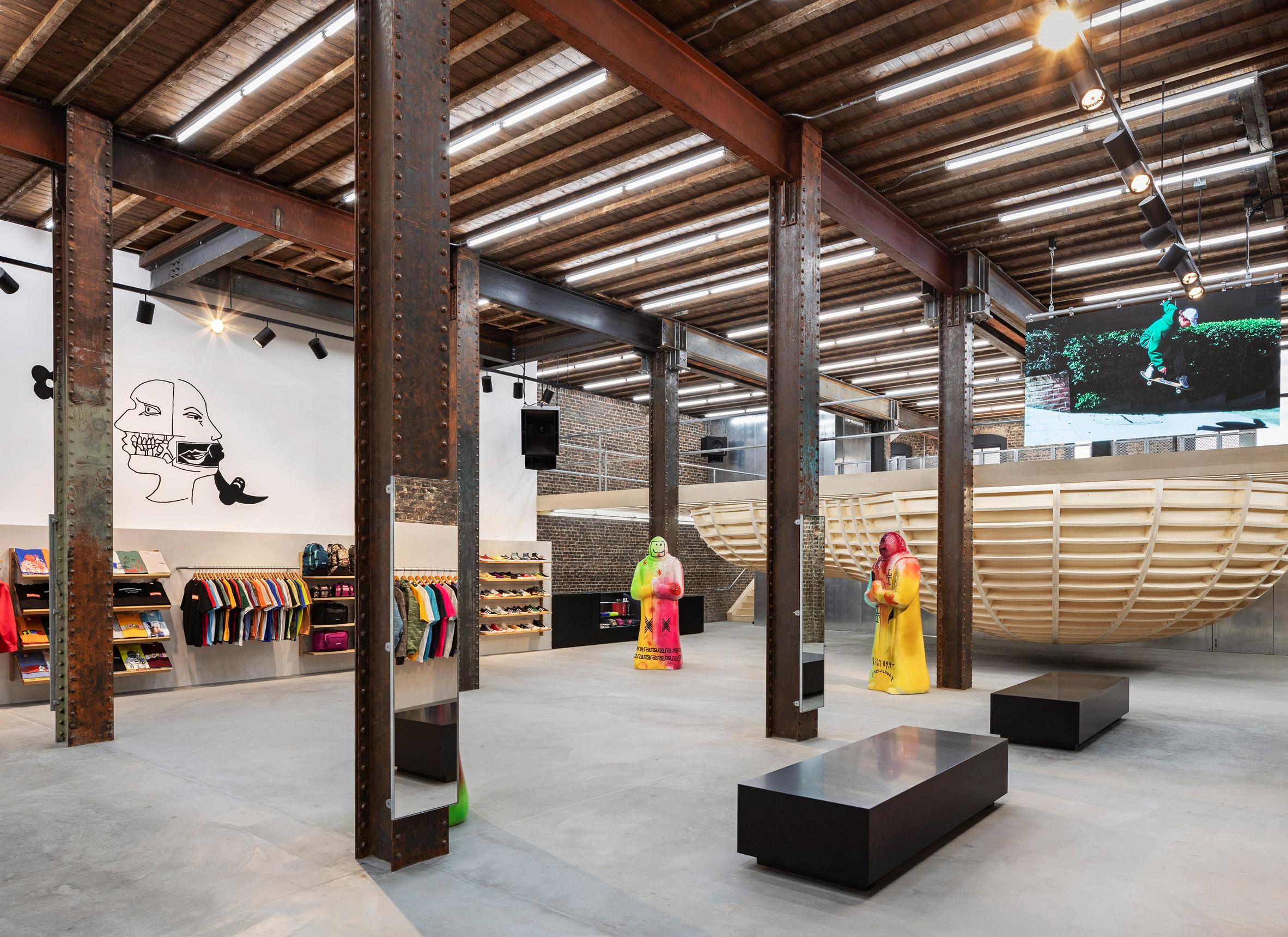 Brinkworth also created two short videos “inspired by the roar of the bowl and the unmistakable noise of skating the city” for the San Francisco Supreme store. One features sounds of the bowl being skated alongside dark, minimal photos by Phil Young of London film studio The Mighty-Mighty.

The second video was created by Young as well, who is a close friend of Brinkworth, and captures American skateboarder Lui Elliott skating around San Francisco and filmed by skate legend Dan Magee. 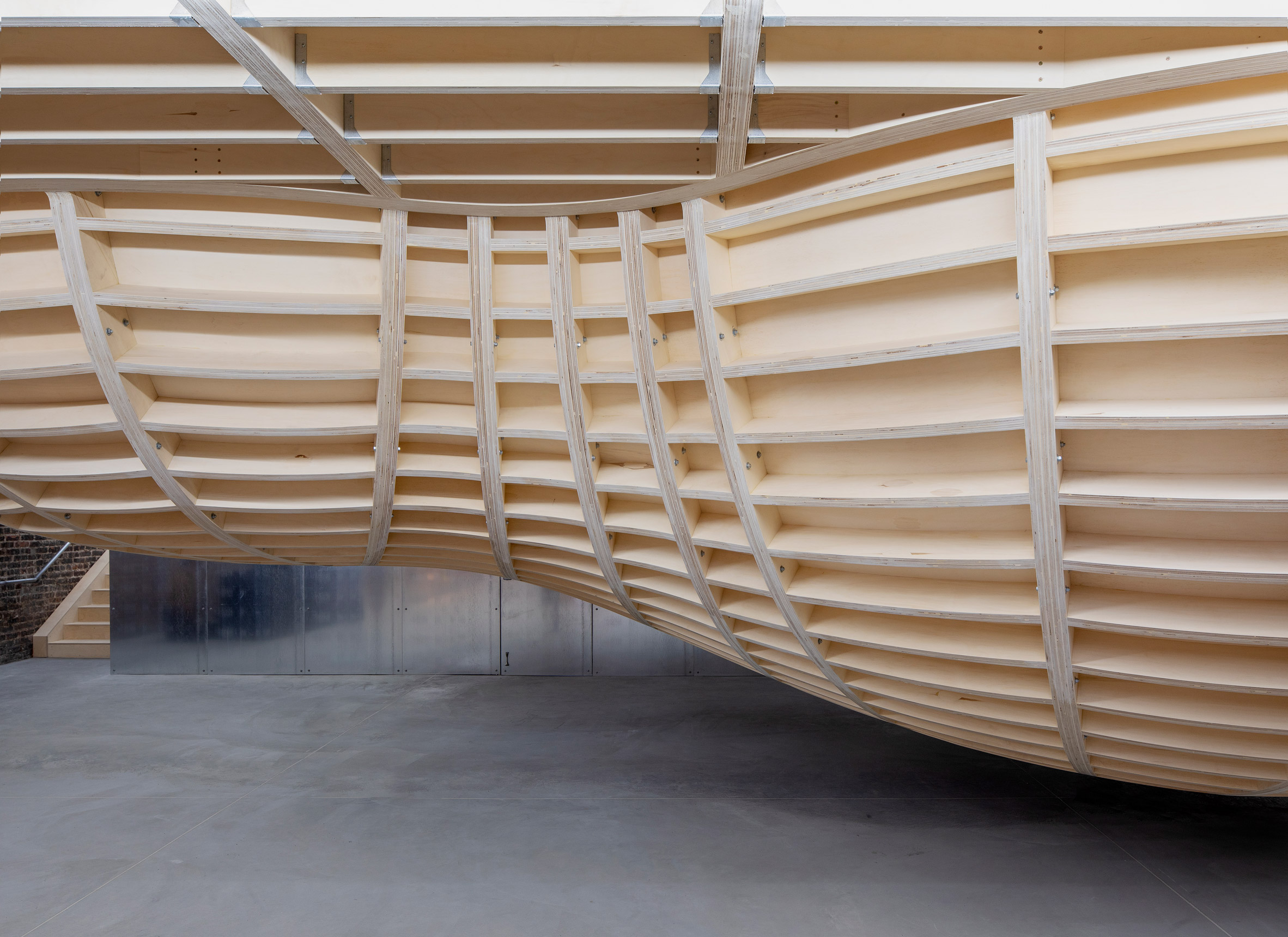 In addition to the wooden bowl, the San Francisco Supreme store features structural steel I-beams that are left exposed. Their rusty facades break up the otherwise bright, open-plan project. 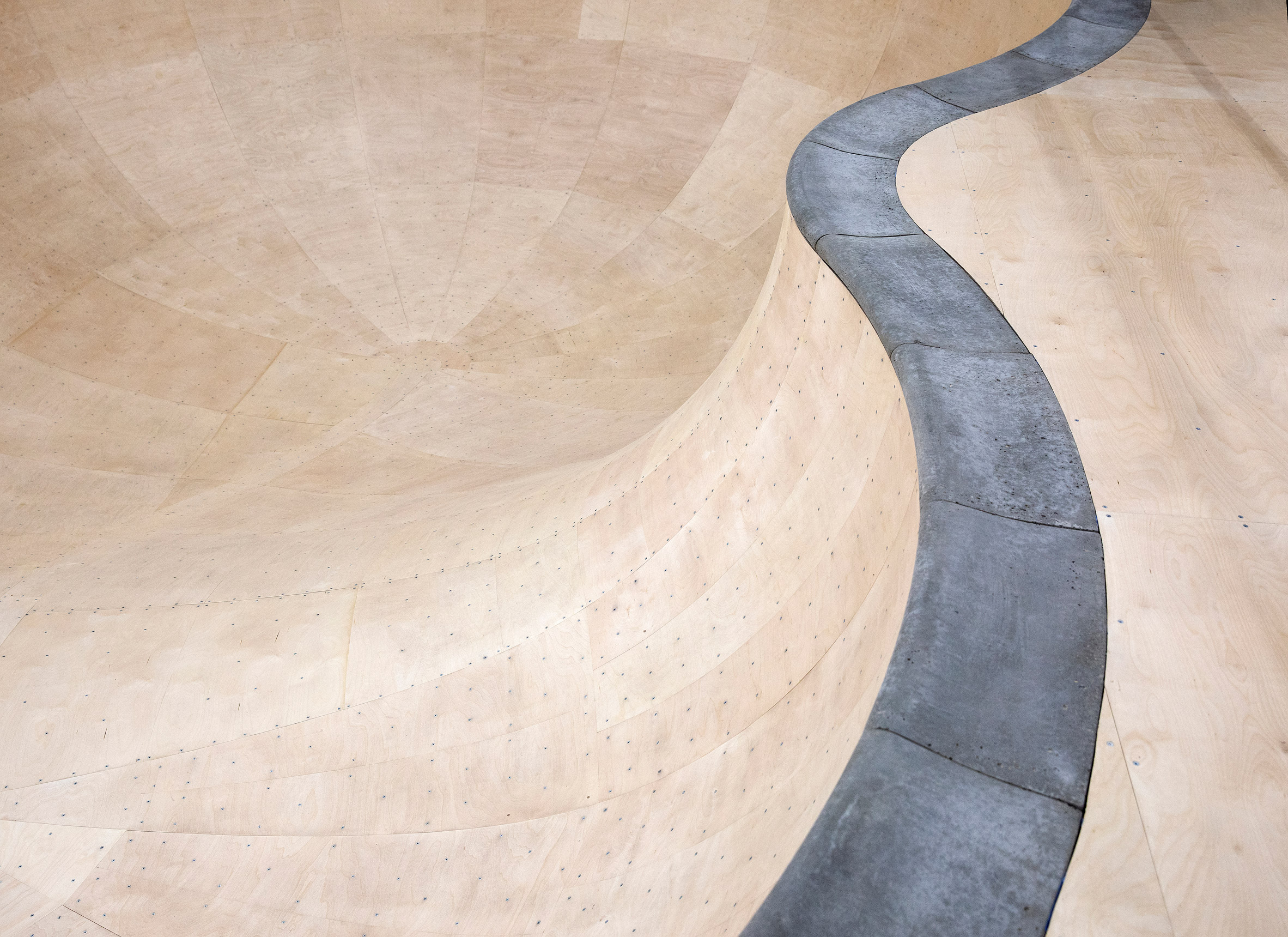 The store measures 2,800 square feet (260 square metres) and features double-height ceilings. Floors are concrete and other portions of the walls are white.

The property’s industrial past is referenced further with original brickwork walls and exposed wooden boards overhead. 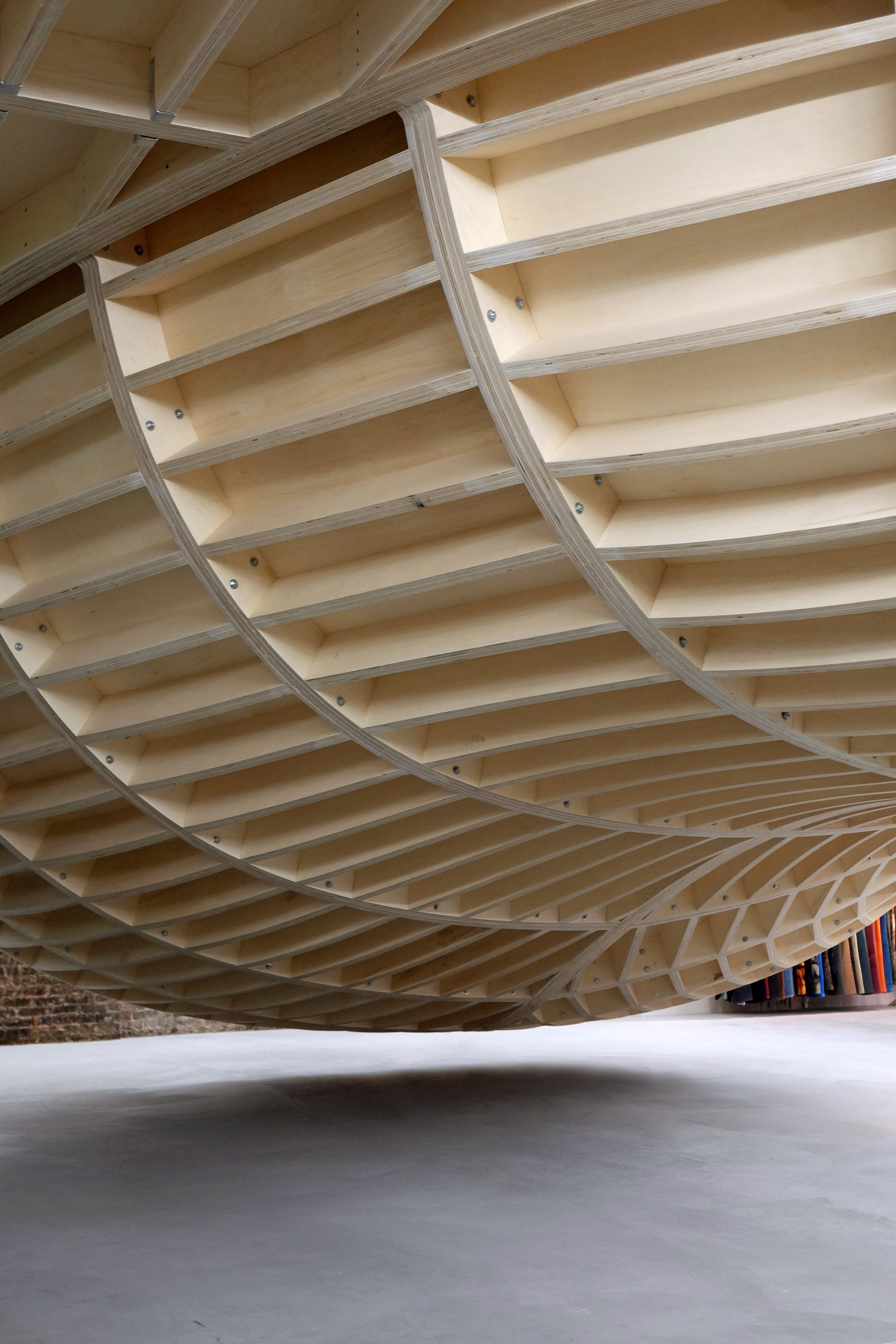 Mirrors are placed in front of steel columns, and shelves and racks line the walls to display Supreme clothes and supplies.

Custom-made dark cubes on the ground are based on a series of granite benches nearby Market Street that was popular for skateboarders to grind in the 1990s. 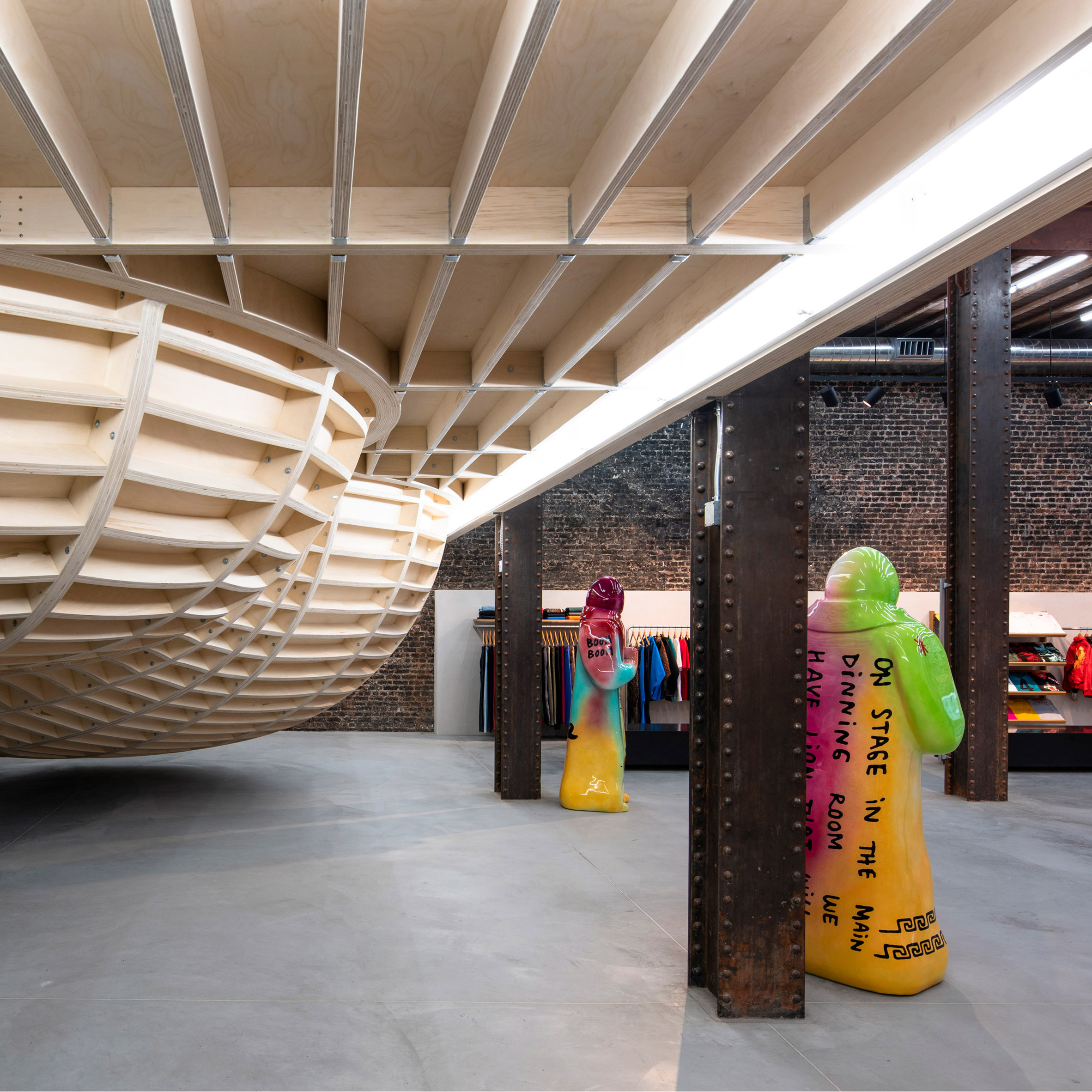 From the street, the Supreme outpost has a dark grey facade punctured by a long glass wall and doors. 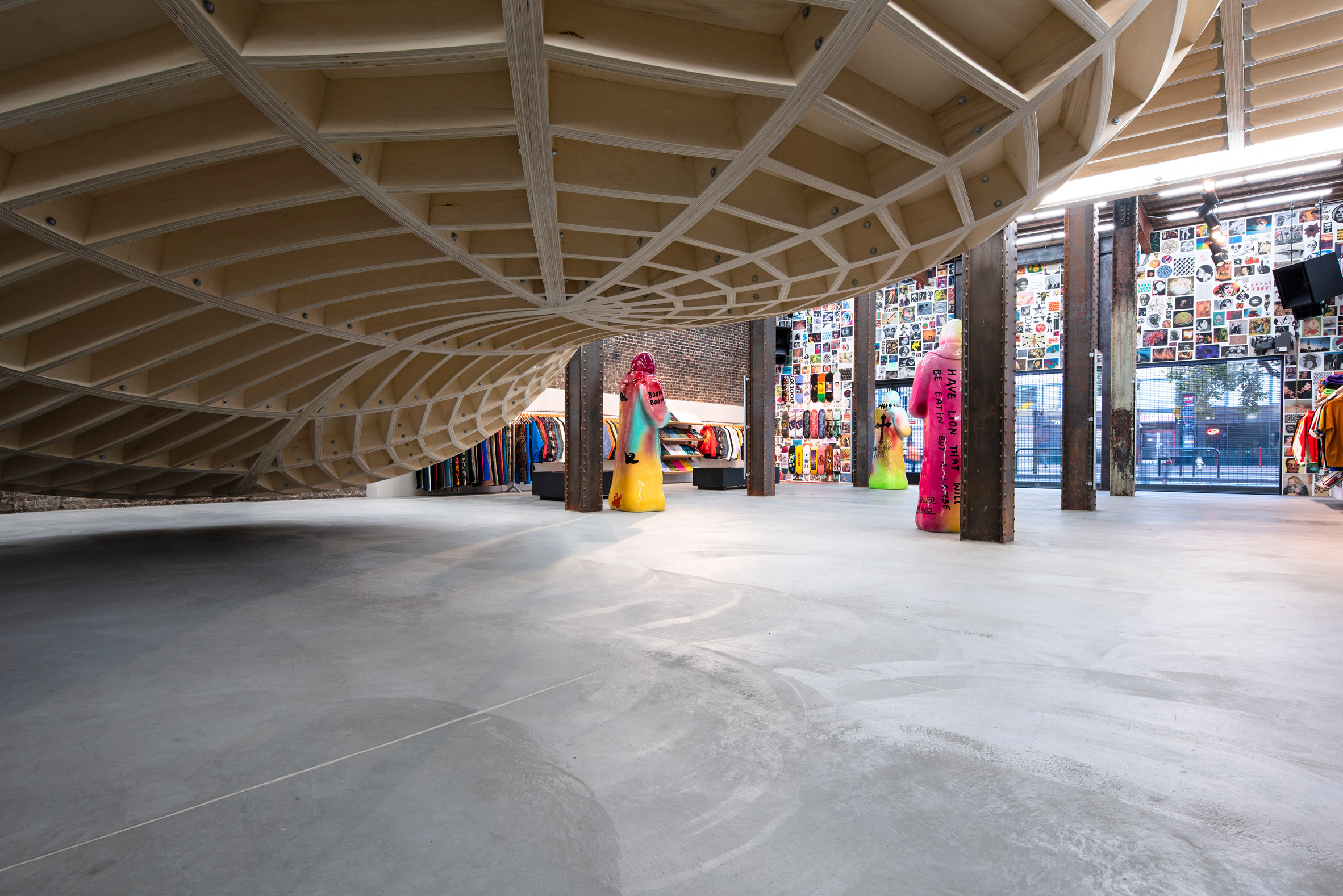 Supreme was founded in 1994 in New York. Other outposts for the American skateboarding brand are a Paris store also designed by Brinkworth and a skate-able location in Brooklyn’s Williamsburg neighbourhood.

Photography is by Louise Melchior, Dean Kaufman and Alex Etchells.