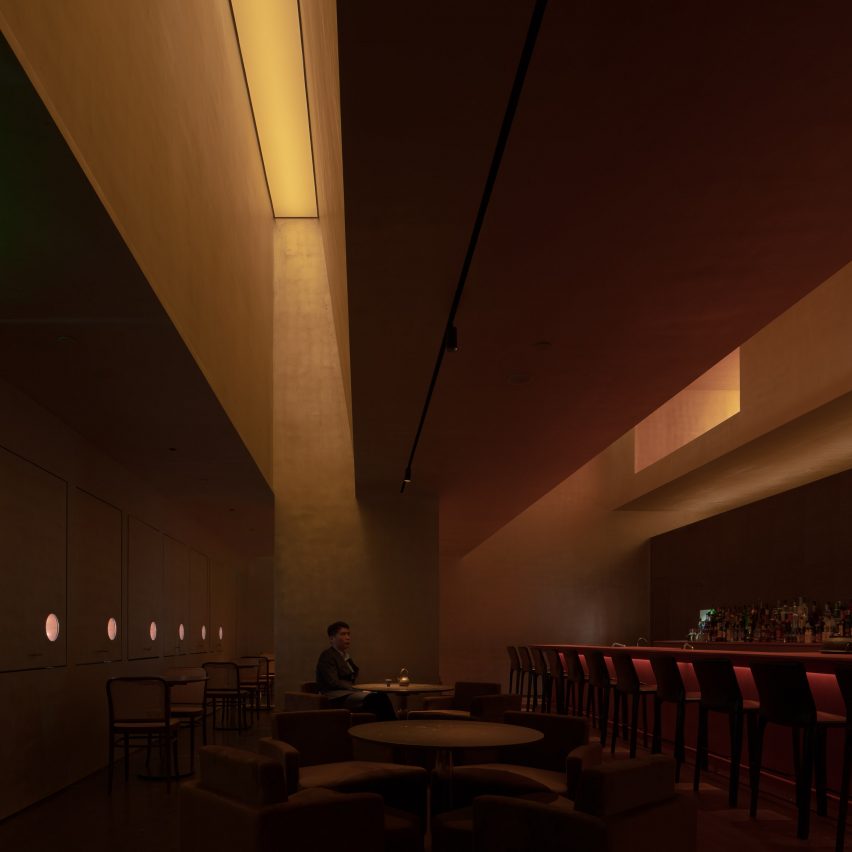 Towering ceilings and shadowy dining areas within this restaurant in Shenzhen are meant to emulate the experience of traversing a mountain valley.

Located in Shenzhen’s Futian district, Voisin Organique is a farm-to-table restaurant that offers a contemporary take on traditional Chinese cuisine. 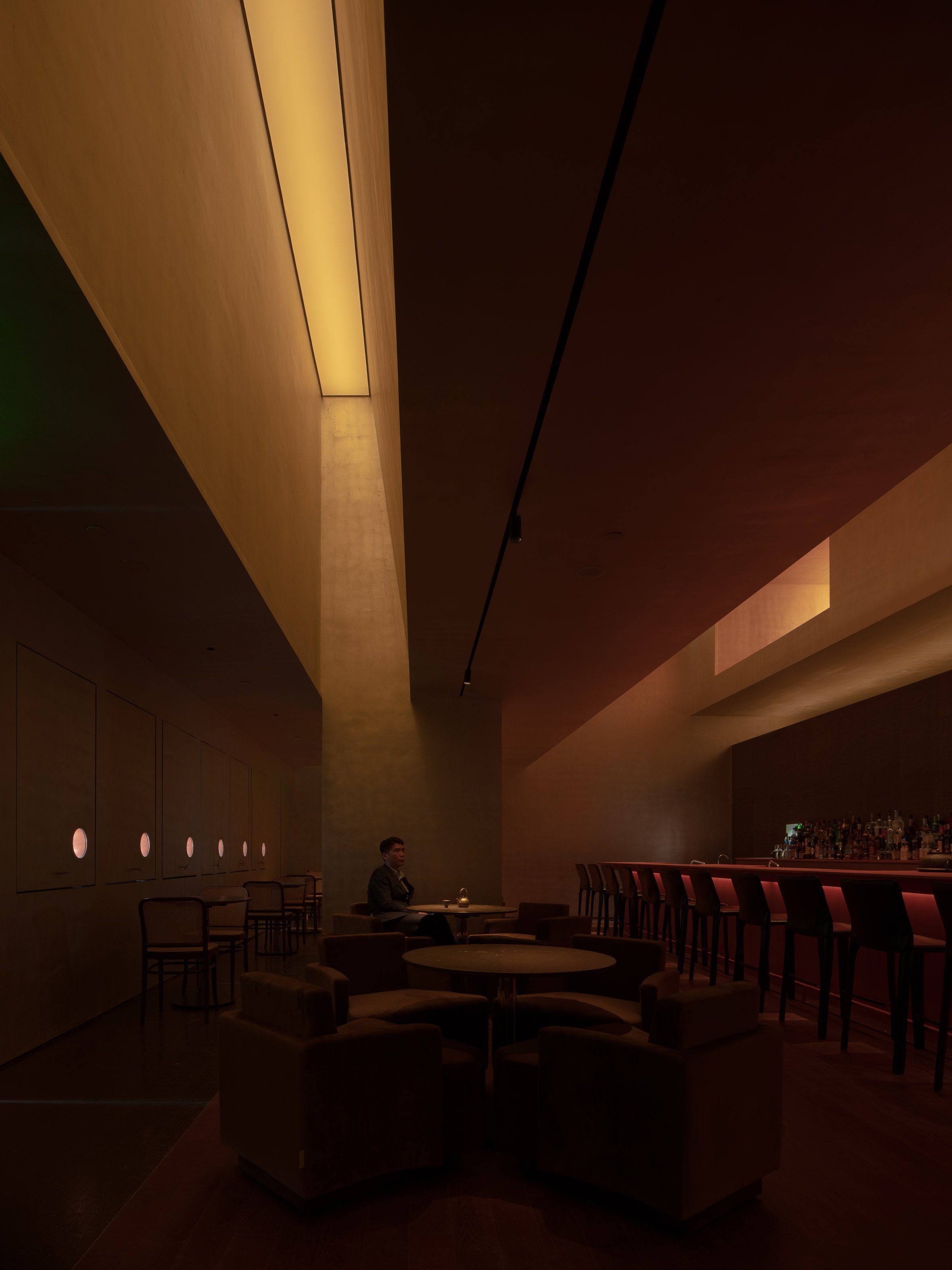 Various Associates was tasked with developing the restaurant’s interior, which needed to include a lounge area, fine-dining room and extensive kitchen that measured over 100 square metres.

Immediately struck by the venue’s soaring ceilings and dark, shadowy corners, the studio was inspired to create a dining experience that was similar to “wandering in a valley”. 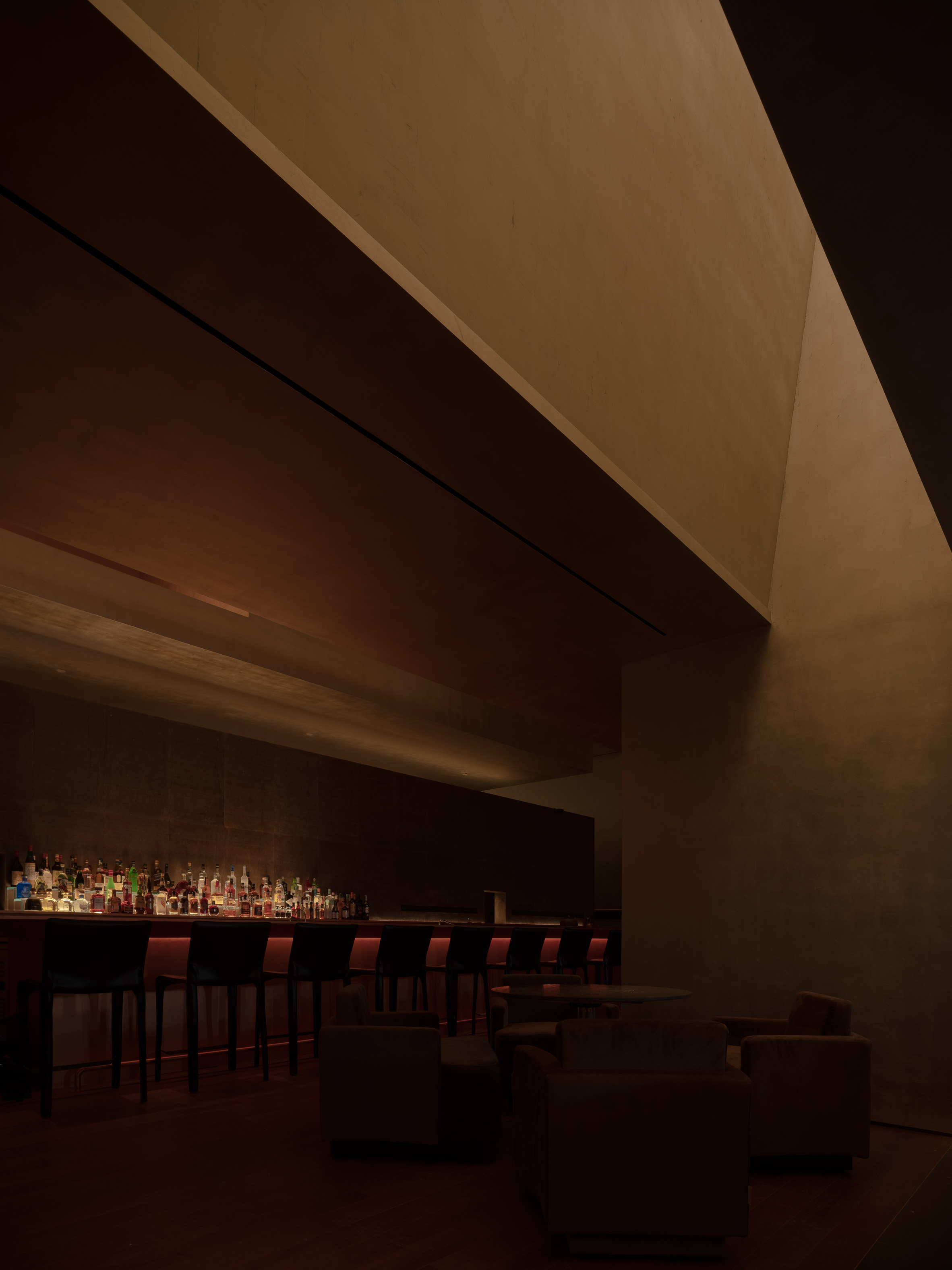 Diners first walk into the lounge area, where drinks and casual meals can be enjoyed. Tables and comfy armchairs have been arranged to sit directly beneath a void in the ceiling that the studio compares to a gully – a deep channel formed in hillsides by running water.

Surfaces throughout have been covered in a matte-finish silver foil to create a hazy quality of light that “makes people feel like they’re in a mist”. 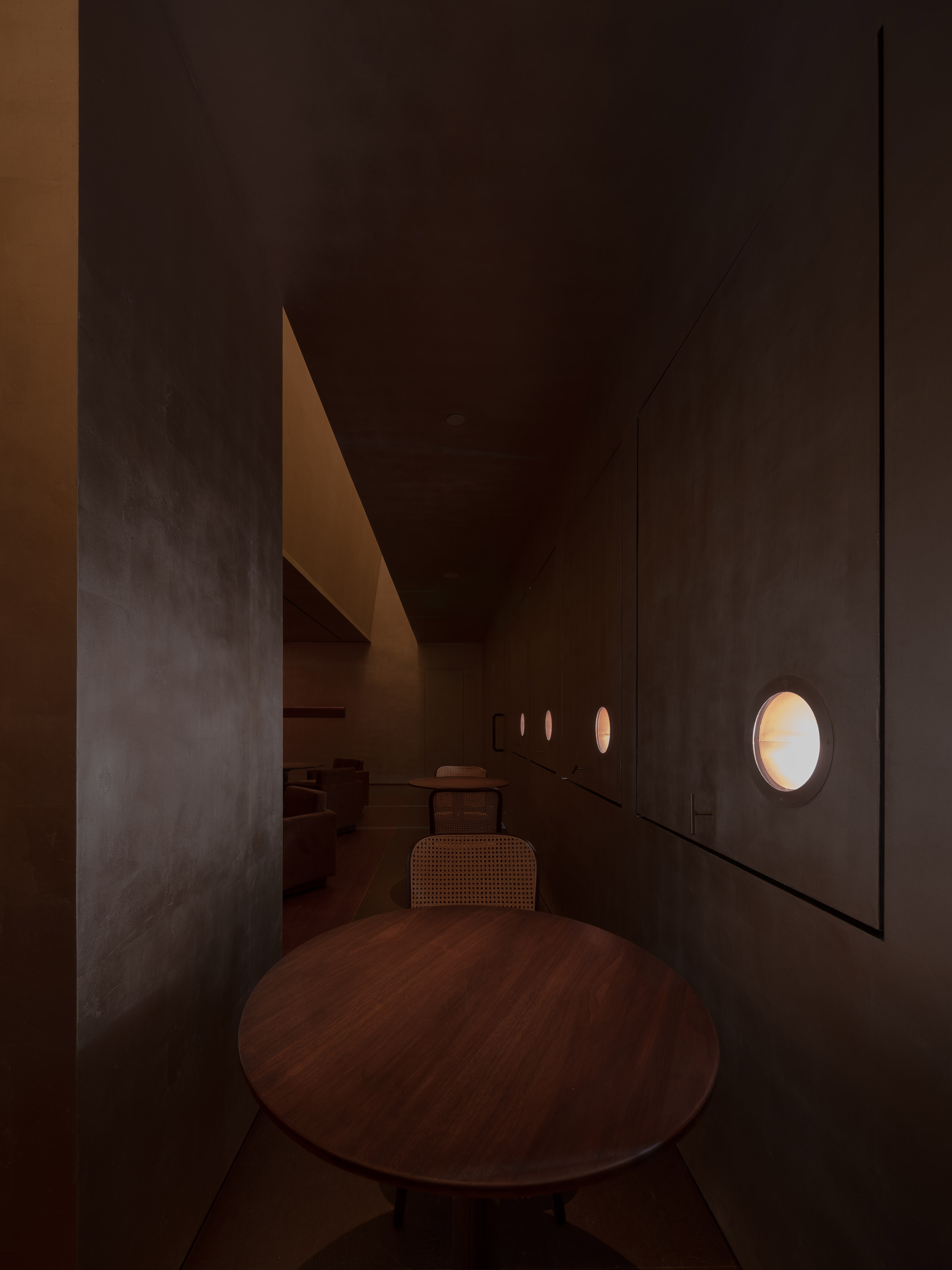 “Entering the lounge area, people may feel like they are suddenly brought into a valley, with steep hills in between,” explained the studio.

“The ceilings show great height discrepancy… some are as high as precipices, attracting people to look upwards.” 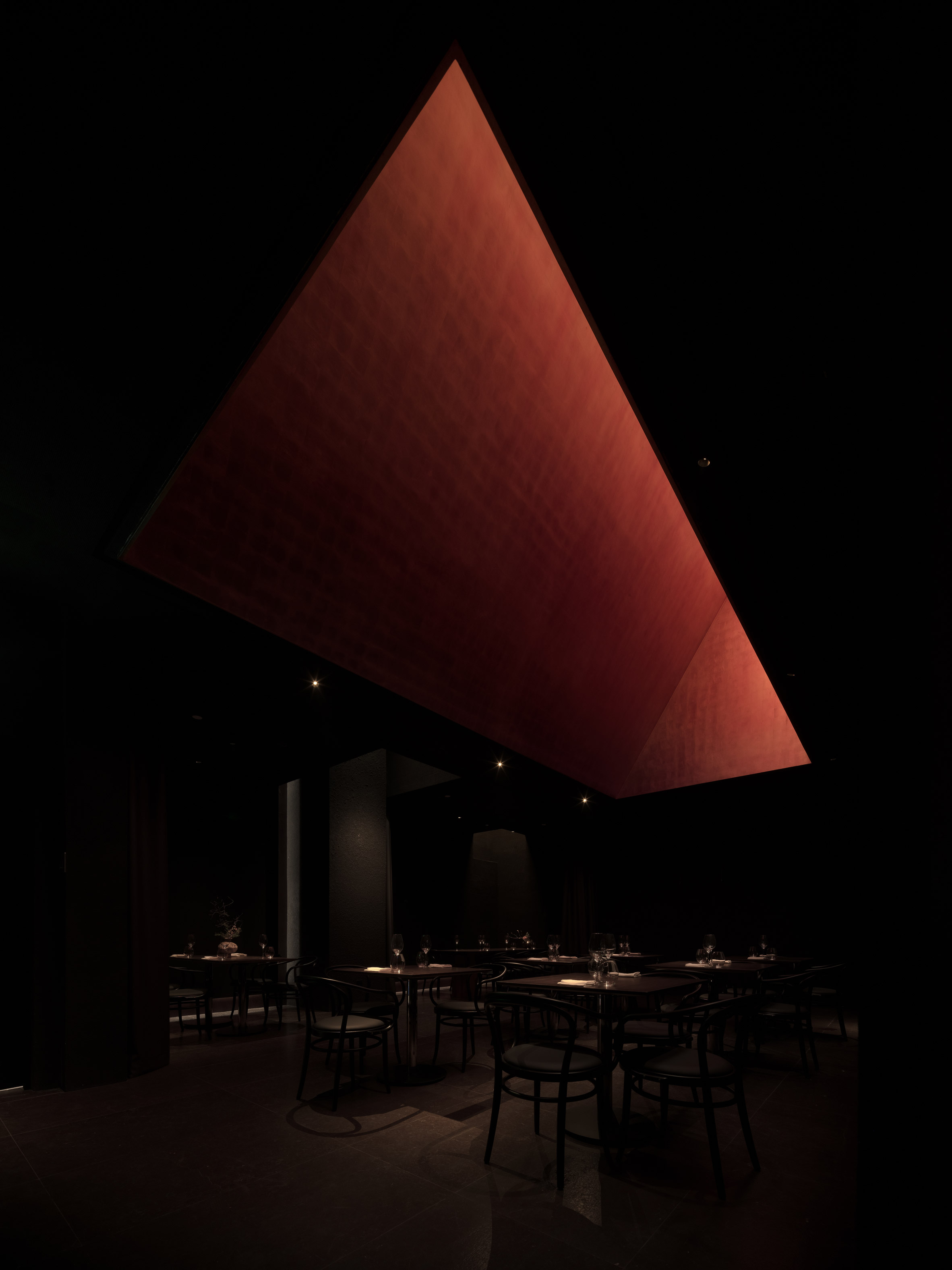 The angular ceiling recession that sits above the fine-dining area has been painted a deep shade of red to foster a “sense of occasion”.

More formal furnishings like jet-black bistro chairs and dark-wood tables have additionally been used to dress the space. 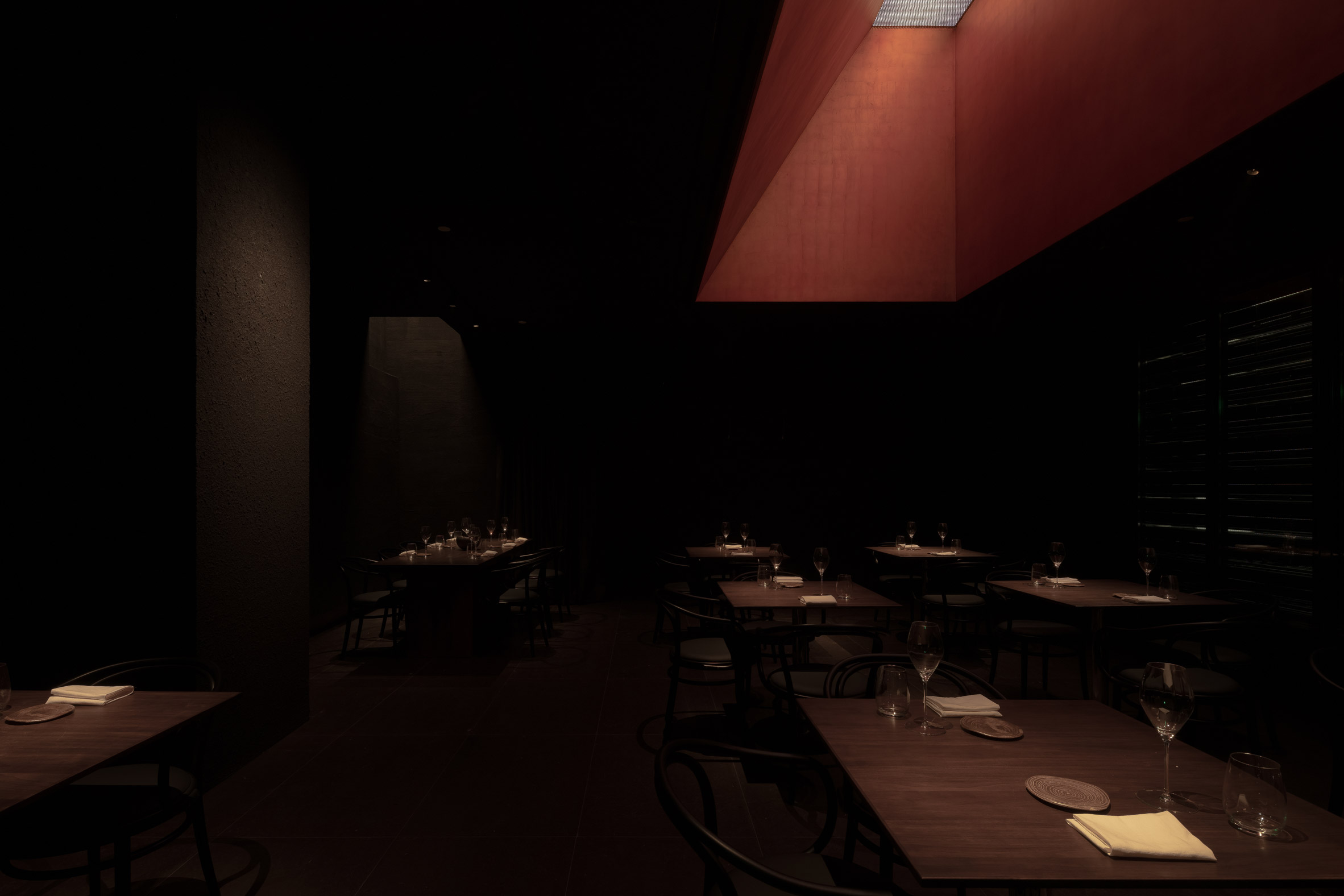 Lighting has been sparingly introduced into the restaurant.

Just a handful of spotlights pepper the ceiling and a simple LED strip has been fitted at the rear of the bar counter, illuminating the bottles on display. 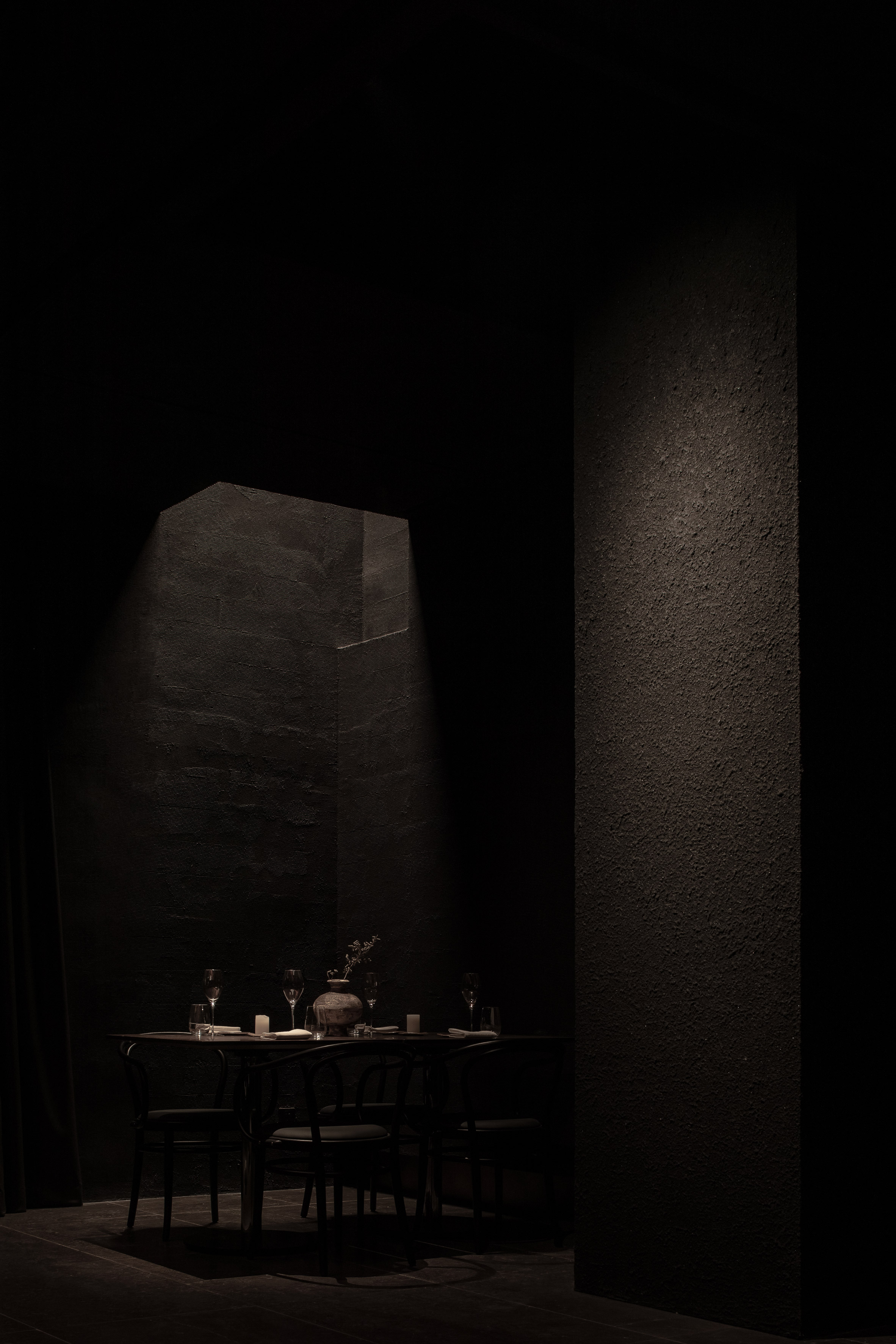 A huge bronze screen has been incorporated into the restaurant’s facade, blocking any sunlight from filtering through to the interior.

At the bottom of the screen is a row of convex peepholes, allowing passersby on the street to glimpse into the venue and diners to look out – a playful feature that the studio hopes will enliven the otherwise “sedate” exterior. 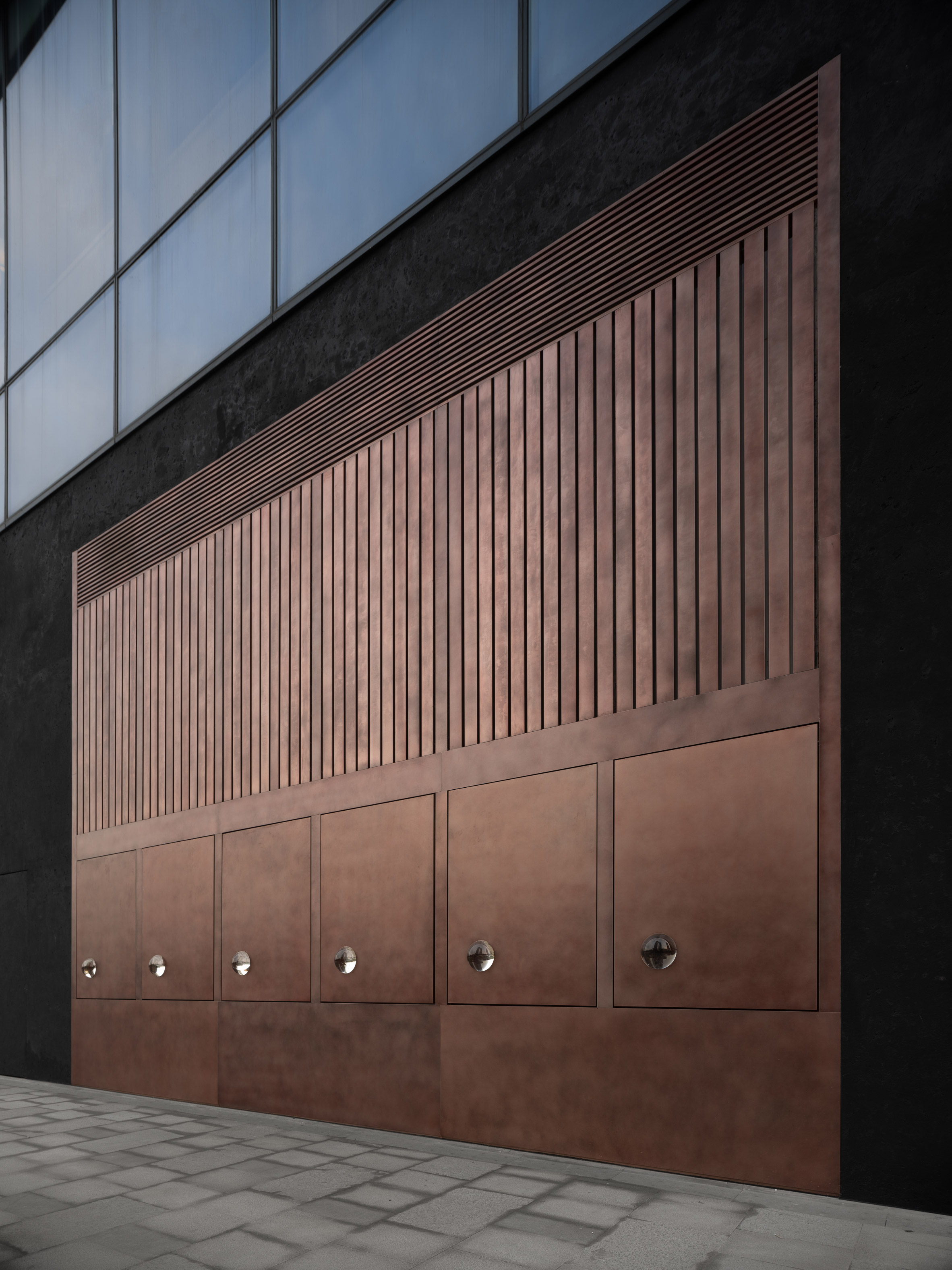 Various Associates was founded in 2017 and is based in Shenzhen. Last year, the studio designed the interior of a womenswear store in China’s Chongqing district.

Photography is by Shao Feng.