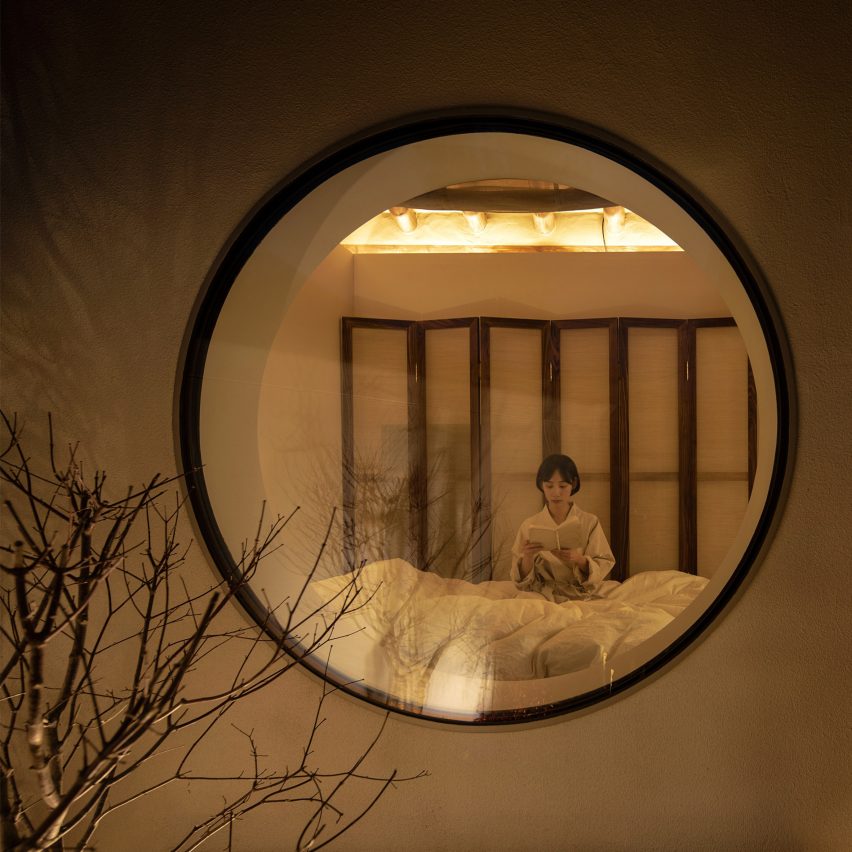 Design studio Z_Lab has included a huge porthole window and sunken bath inside this tiny guesthouse in northern Seoul, which measures under 30 square metres.

Nuwa is tucked down a narrow alley in Seochon, one of the oldest neighborhoods in Seoul’s Jongno-gu district.

The guesthouse takes over a traditional Korean home – otherwise known as a hanok – that measures just 29.3 square meters. It initially had poor insulation and waterproofing, meaning locally-based Z_Lab had to completely gut the structure to make it hospitable enough to host Nuwa.

The interior now plays host to serene living spaces finished in natural tones. One corner accommodates a sleeping nook, where a mattress is supported by a slightly elevated plinth. 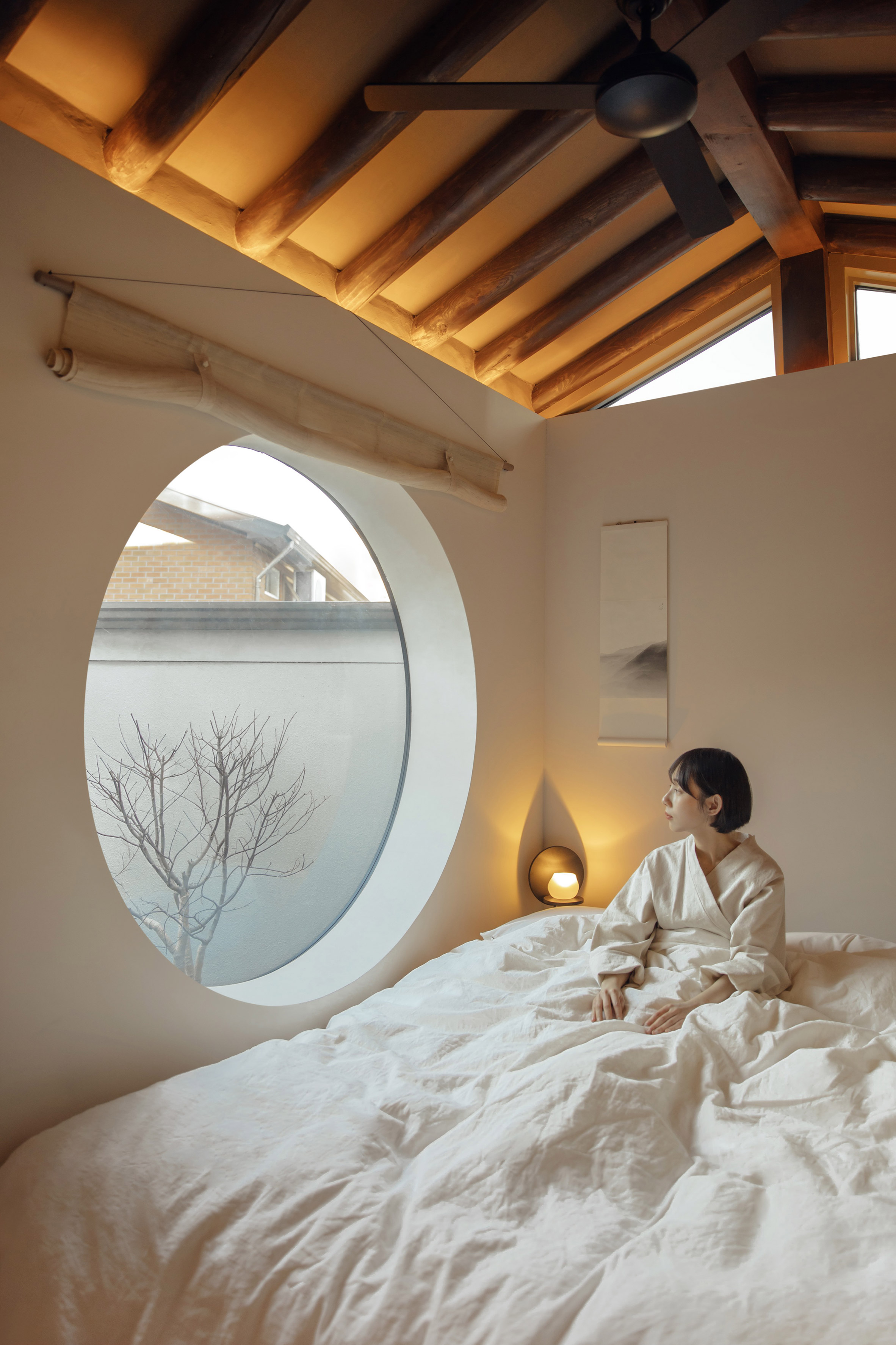 An adjacent wall has been punctuated with a huge porthole, giving guests a view of the small landscaped garden outdoors.

The window was also included as a loose reference to wayu, a Korean term for “laying down and sightseeing”. 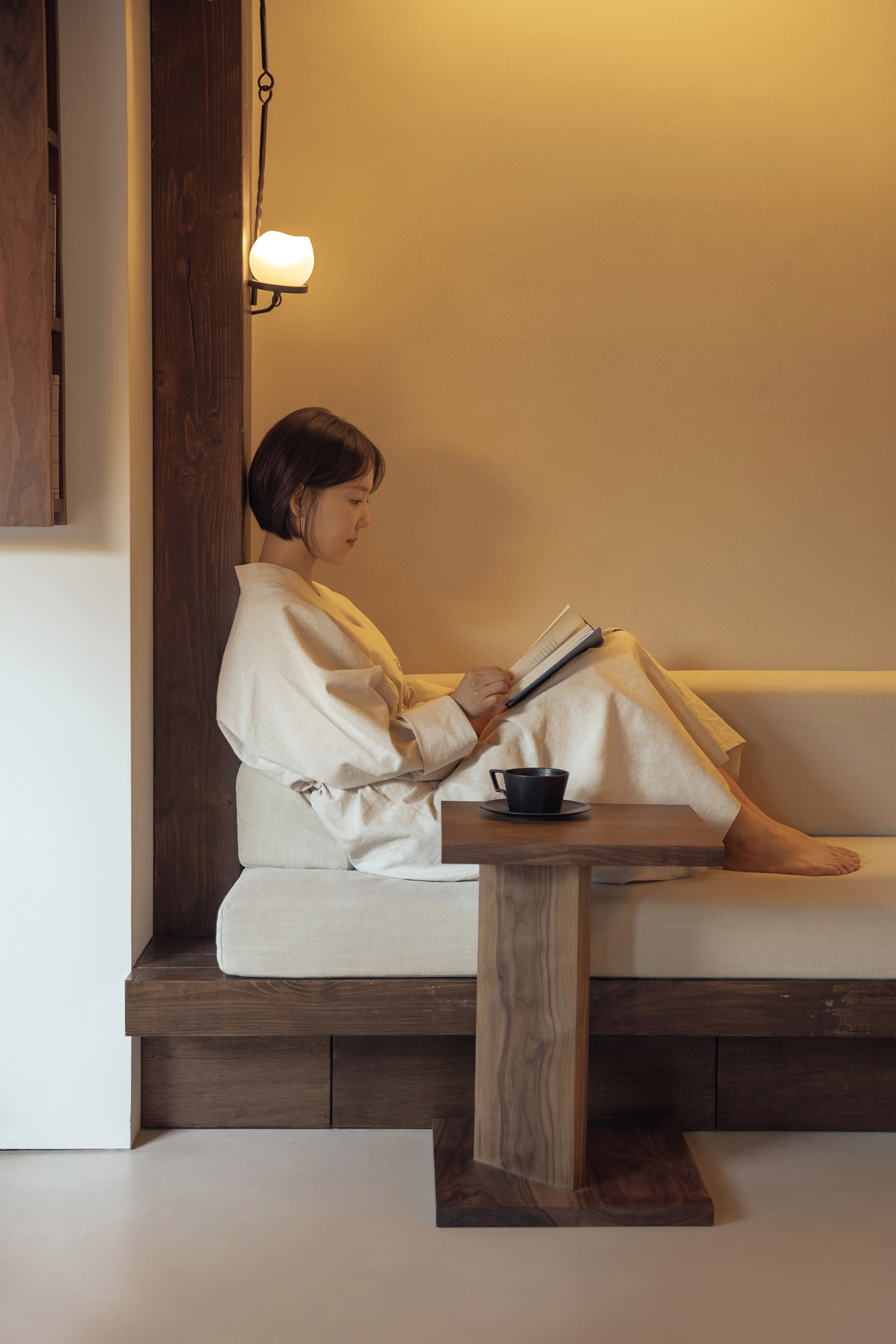 “[Wayu] is a way of enjoying the spirit of entertainment and art,” explained the studio.

“Figuratively, it means enjoying paintings or books describing the landscape or historical sites, or appreciating small gardens at home when the time to go out into nature is not possible.” “The round window is not an architectural vocabulary that’s frequently used in traditional Korean architecture,” said the studio’s principal designer, Junghyun Park.

“It was used in the house of several the aristocratic class and women’s house in palaces,” he told Dezeen.

“We think that a small space like Nuwa is not meant to be a complicated mass design, but give a strong first impression.” 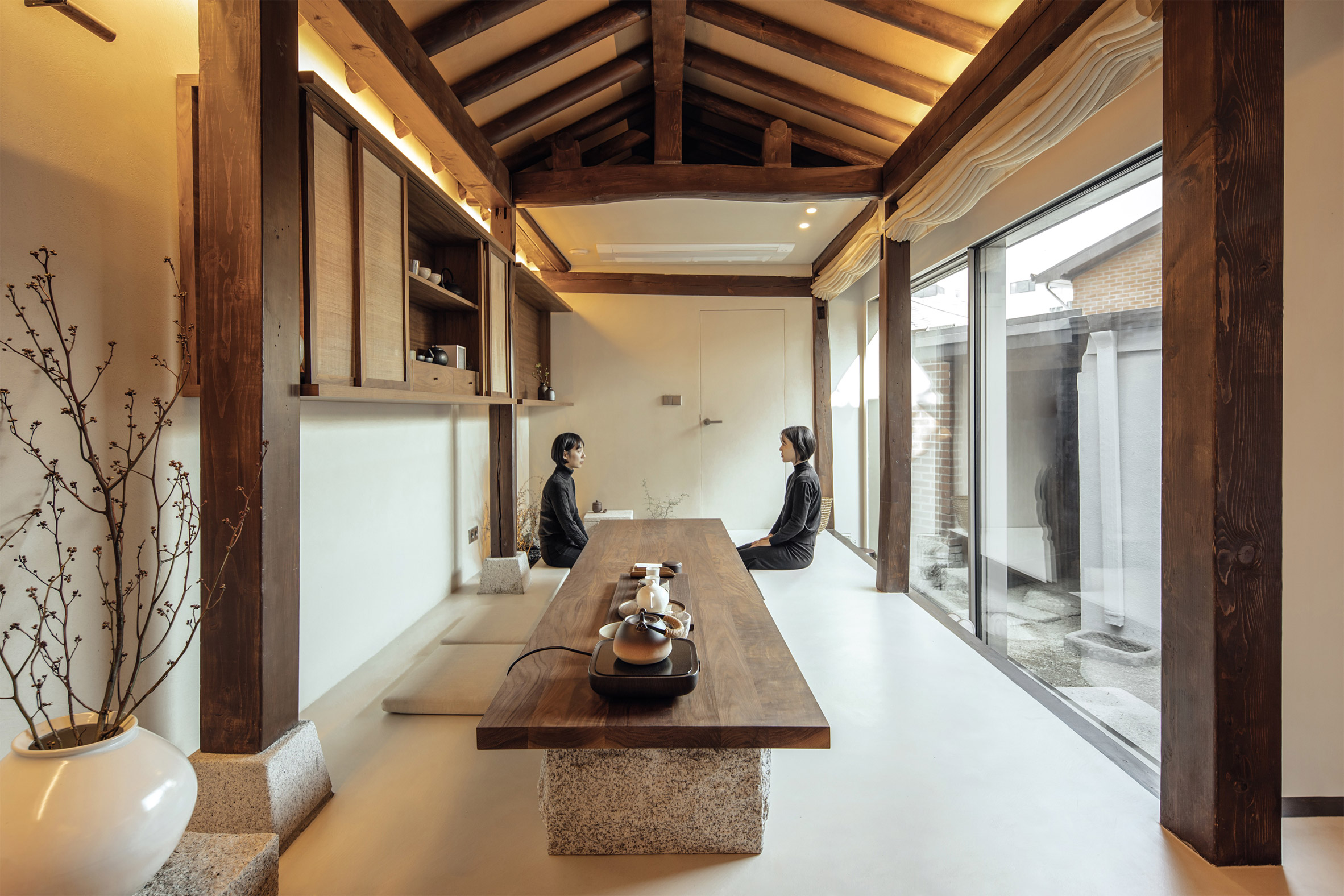 Cream-coloured cushions have been placed on top of a timber bench seat to form a cosy reading area in the guesthouse.

There is also a long, walnut-wood table with a rough stone base where tea can be enjoyed. 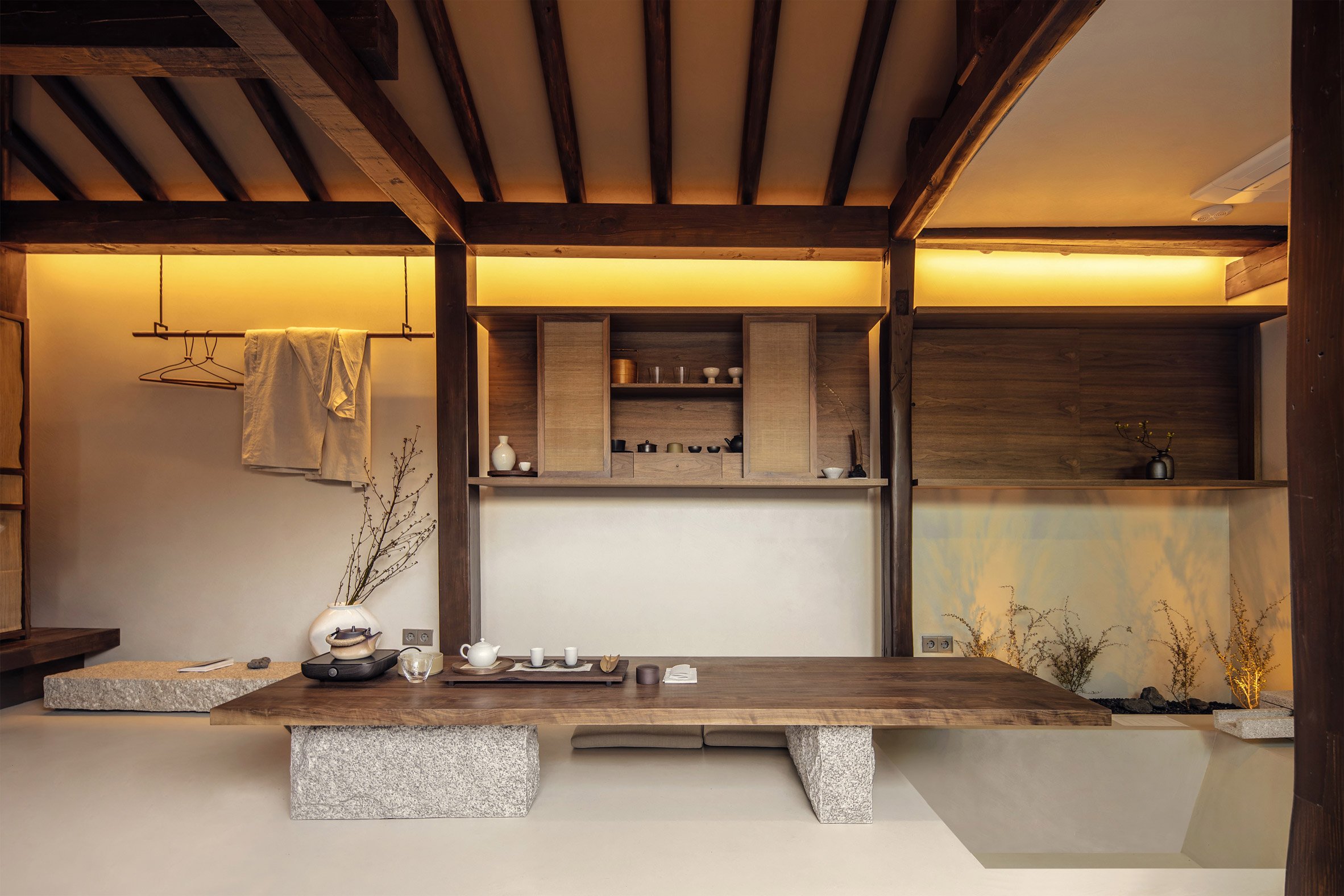 It sits directly beside a sunken water bath in which guests can rest their feet. Additional wash facilities are hidden behind a door on the far side of the home.

As night falls, woven curtains can be unravelled from the ceiling to conceal guests from passersby. 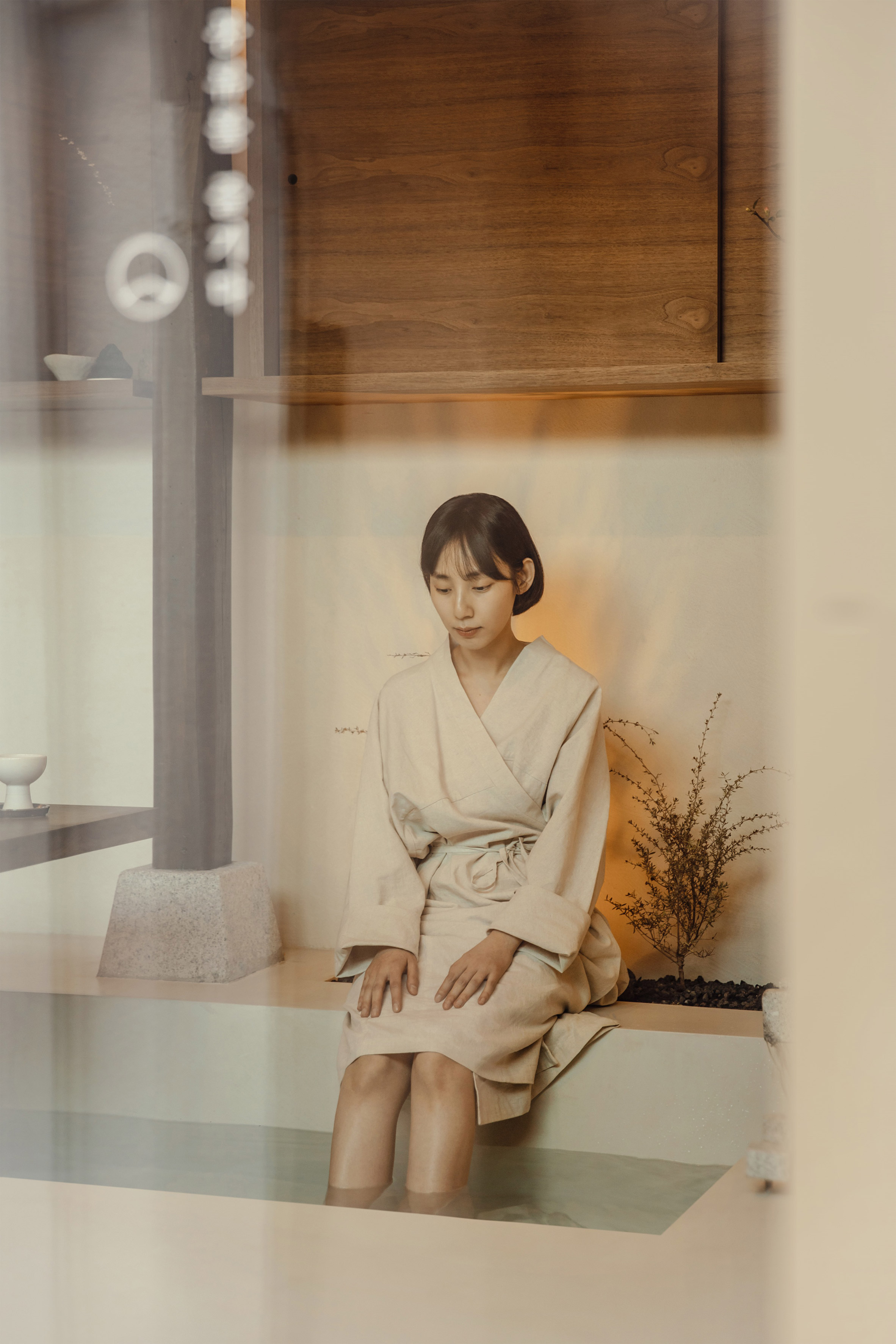 Z_Lab was founded in 2014 by Noh Kyung Rok, Park Jung Hyun and Lee Sang Muk. Previous work by the studio includes a holiday home made from volcanic stone and a renovated farmhouse that’s designed to resemble the body of a whale.

The studio’s Nuwa project joins a growing number of single-room hotels that are popping up across the globe to offer more exclusive travel experiences to tourists. 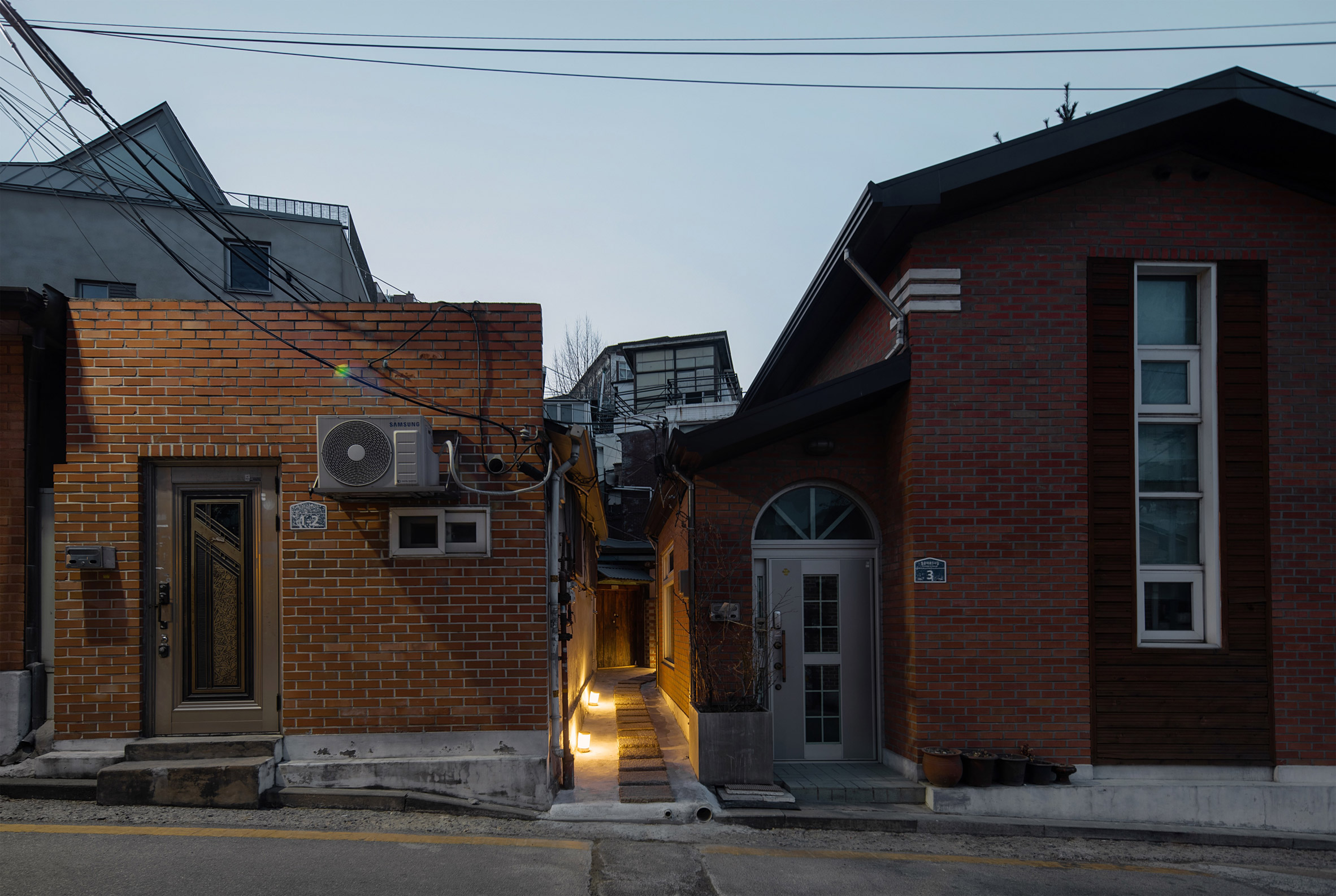 Last year saw the opening of Trunk House in Tokyo – it takes over a 70-year-old geisha house and even has a tiny disco. Antwerp also has the One Room Hotel, which is set inside a skinny 17th-century residence that measures just 2.4 metres wide.

Photography is by Texture on Texture.

The post Nuwa is a micro guesthouse in Seoul with just one room appeared first on Dezeen.