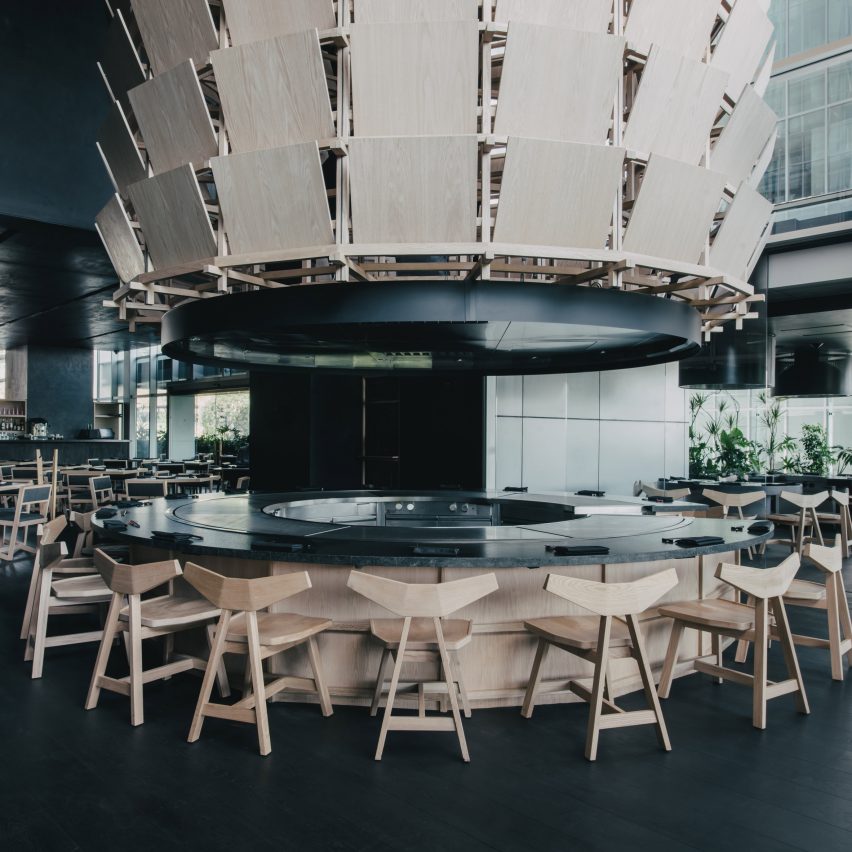 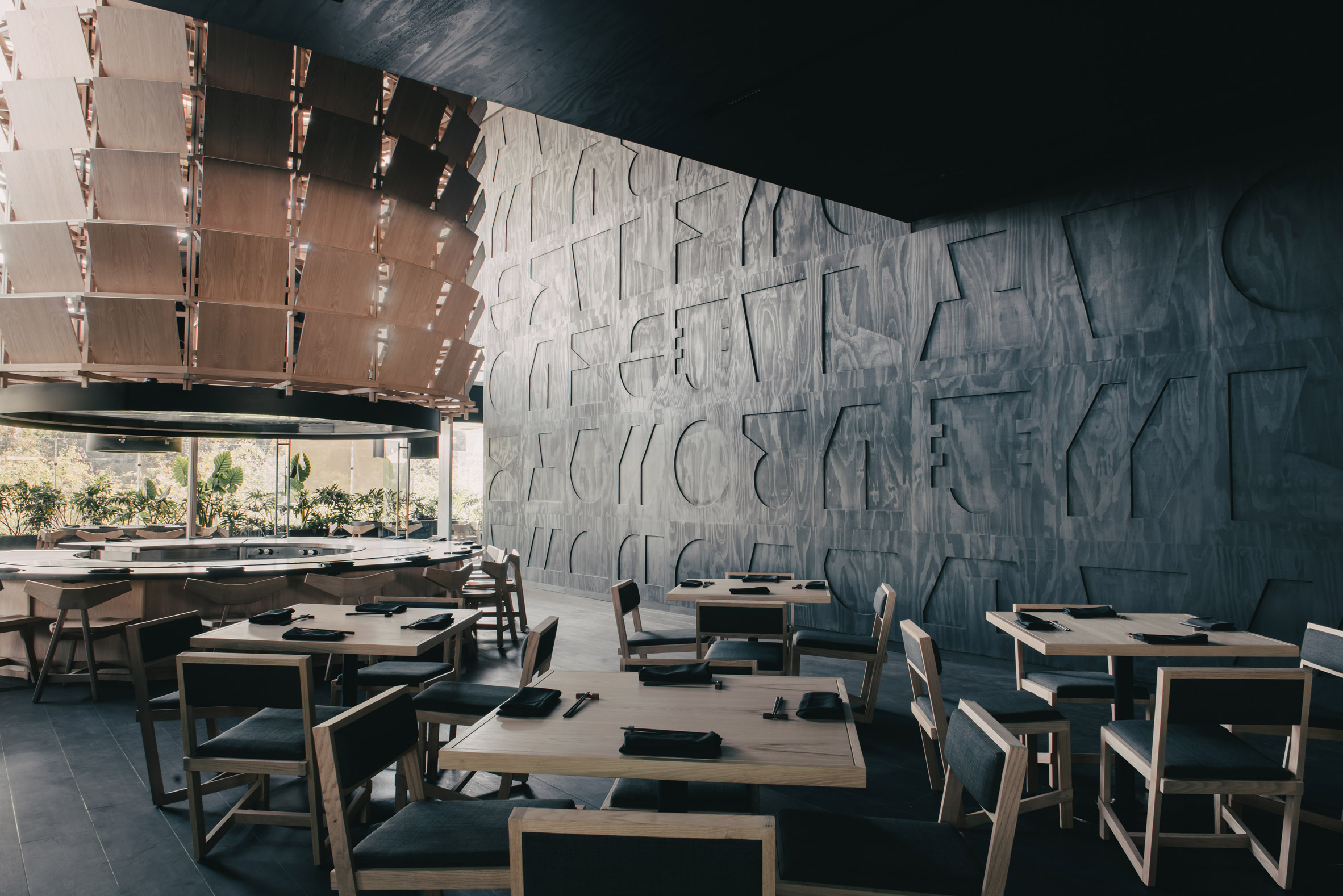 Located in the commercial district Santa Fe, the restaurant is the fifth Mexico City outpost for Japanese eatery Tori Tori. It is on the ground floor of a corporate office tower and encompasses several dining areas and a Japanese grab-and-go shop.

Tall glass walls enclose the restaurant, and upon entering is a bar and the grab-and-go shop. A wooden structure modelled on Esrawe Studio’s Trama shelf design provides box-like storage for displaying the Japanese foods and snacks, and doubles as a divider.

The geometric construction is reimagined deeper within the restaurant as a tall, cylindrical structure that scales a triple-height room. Across the grid, hundreds of pale wood panels are placed at angles for a fin-like design.

The cut-outs are designed to reference Samurai armour, whose intricate protective plating comprised small parts layered together. The Japanese shielding, used from the 12th to the 19th centuries, also featured a combination of metal, wood and leather components. 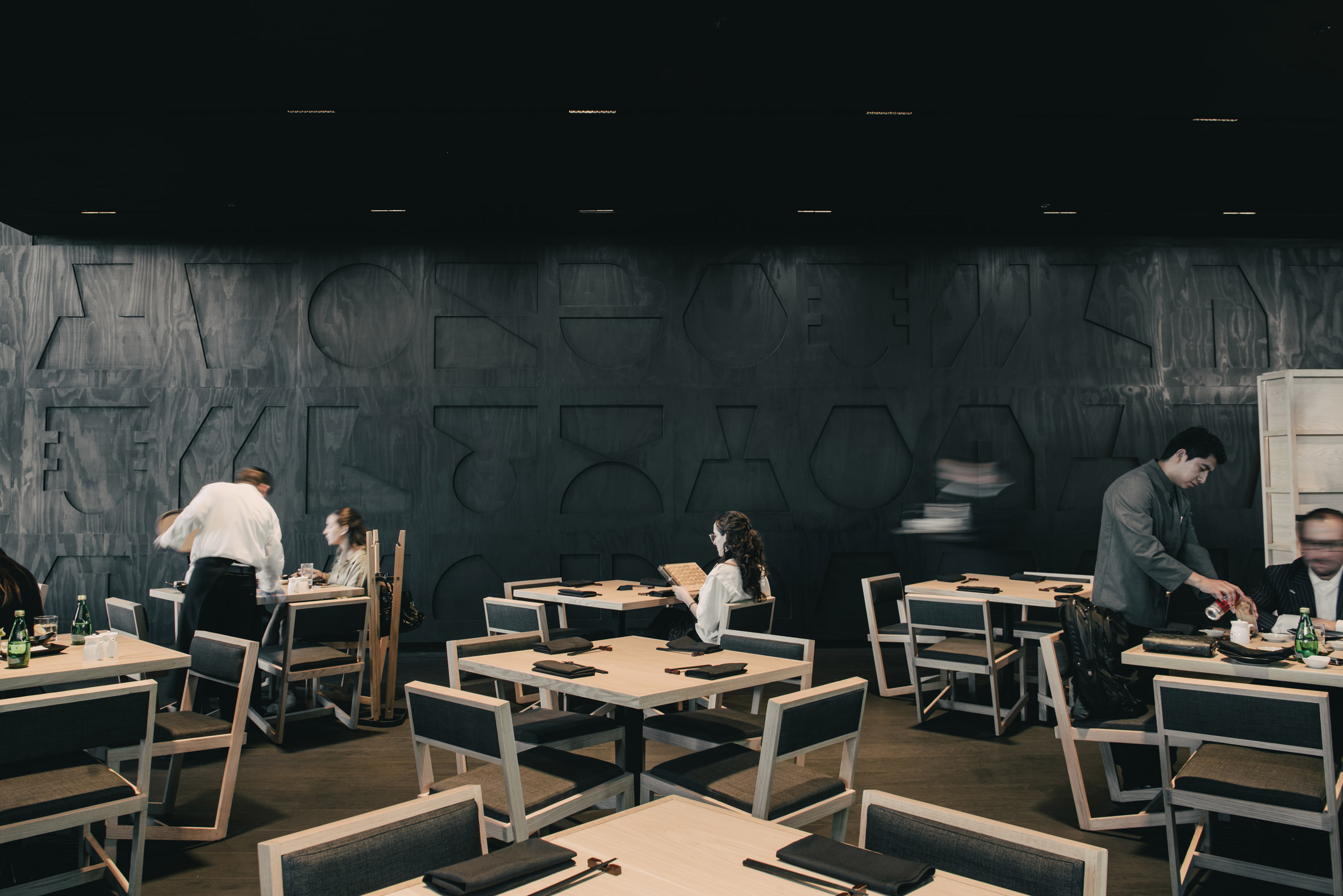 “Inspired by the subtlety and sobriety of Japanese craft skill, the serene and monochromatic atmosphere emphasises the scale of the space with two hanging elements made in holm oak,” said Esrawe Studio.

“Of monumental size and expression, their texture evokes Samurai armour; above all, the breastplate known in Japanese as dō”. 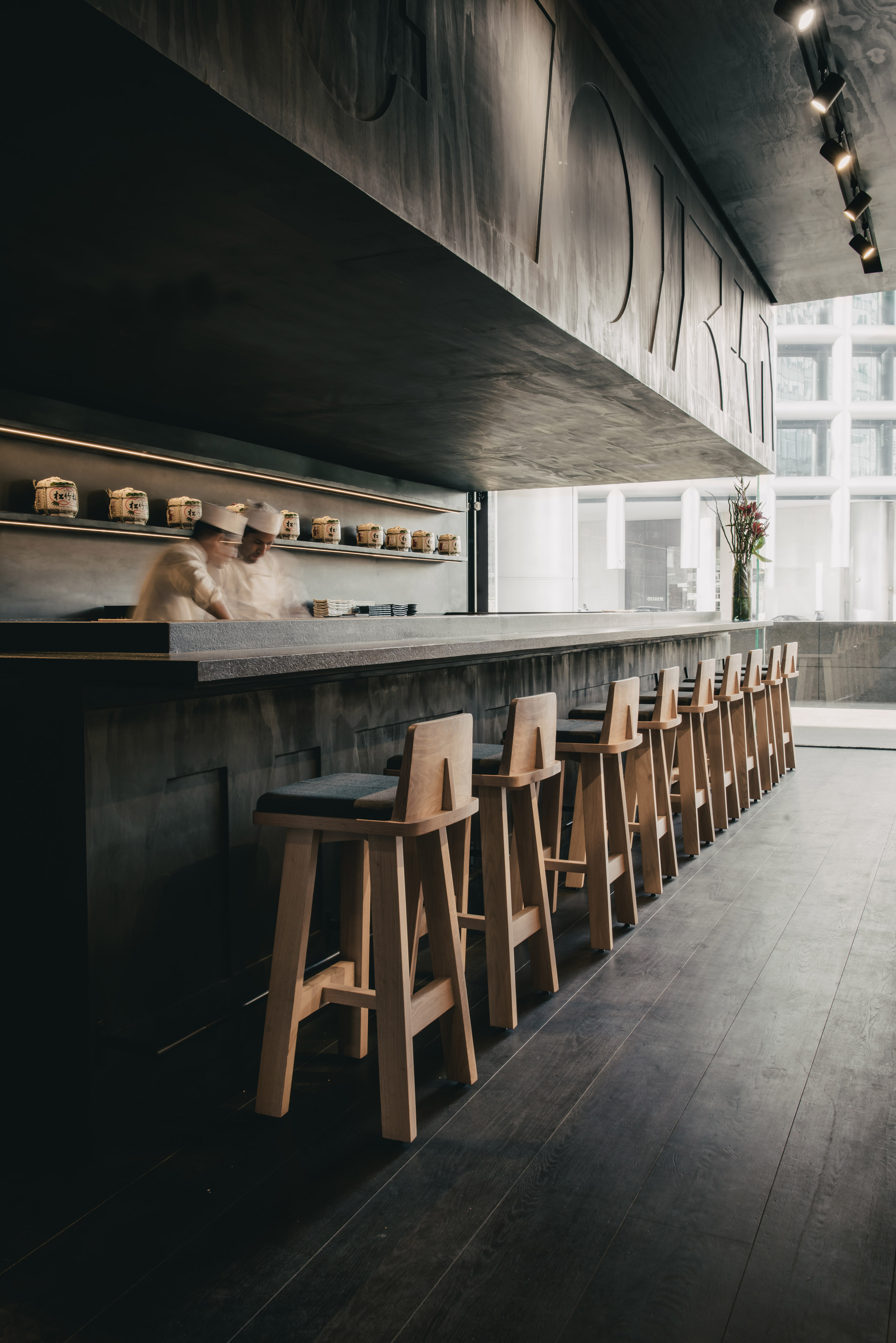 A circular teppanyaki table, where patrons sit around a cooktop watching the food prepared for them, is placed underneath the timber structure. 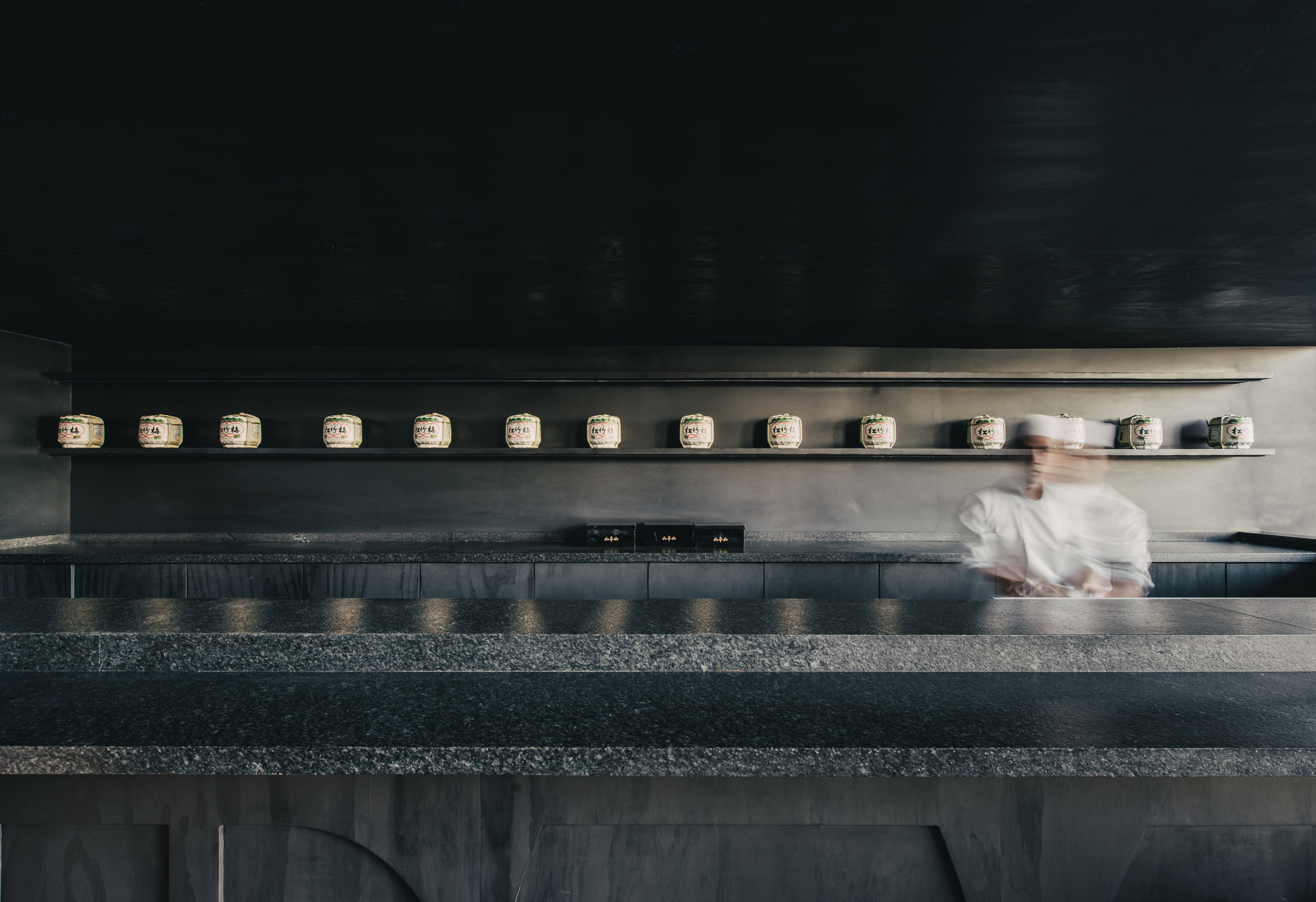 Another eating area has low ceilings and is more intimate with four-person tables. 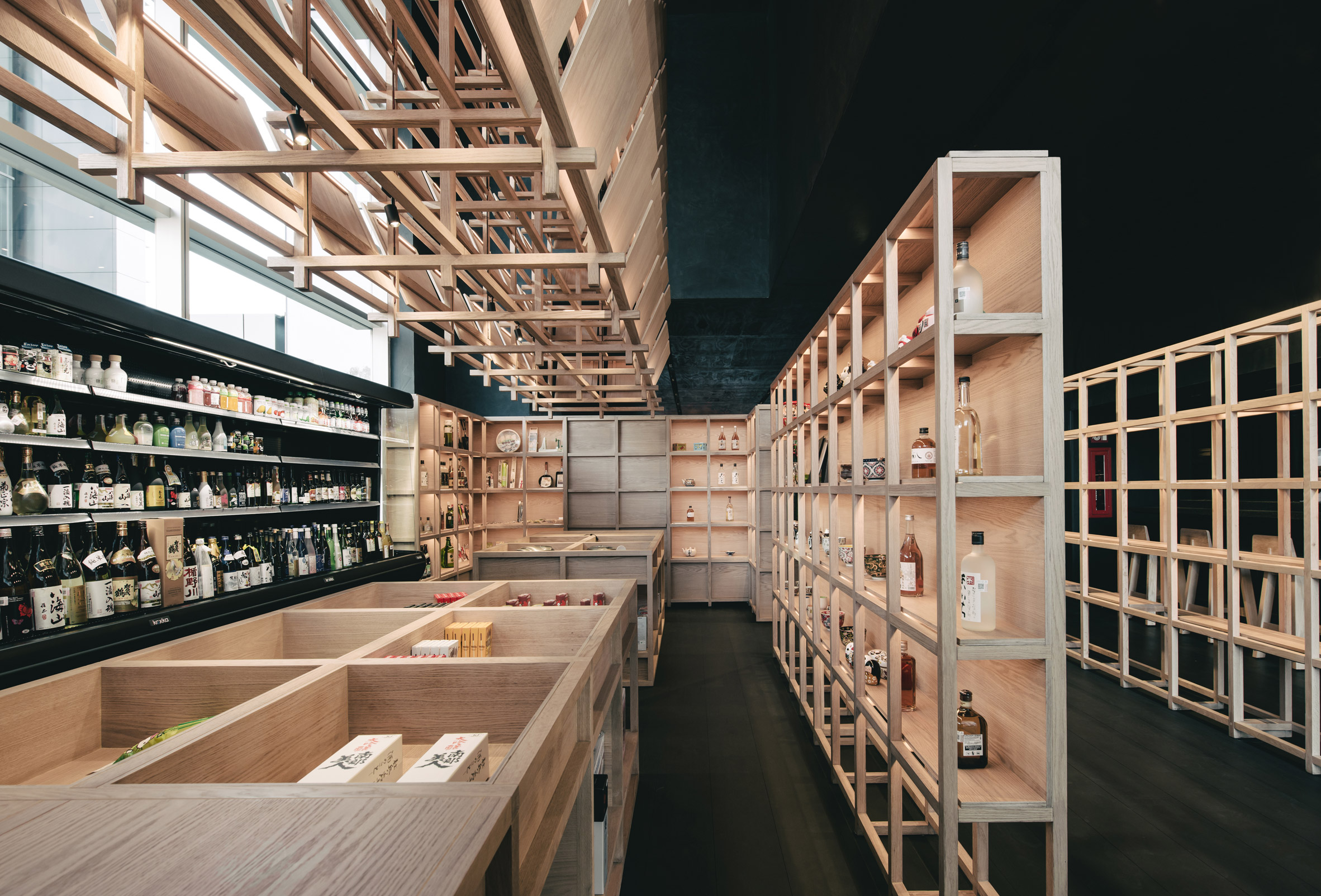 Esrawe Studio has custom-designed all of the furniture in Tori Tori Sante Fe. Seating includes different oak chair designs that are left natural or painted black.

Rounding out Tori Tori Sante Fe is a private dining room and an outdoor eating area with eight round teppanyaki tables and additional seating. 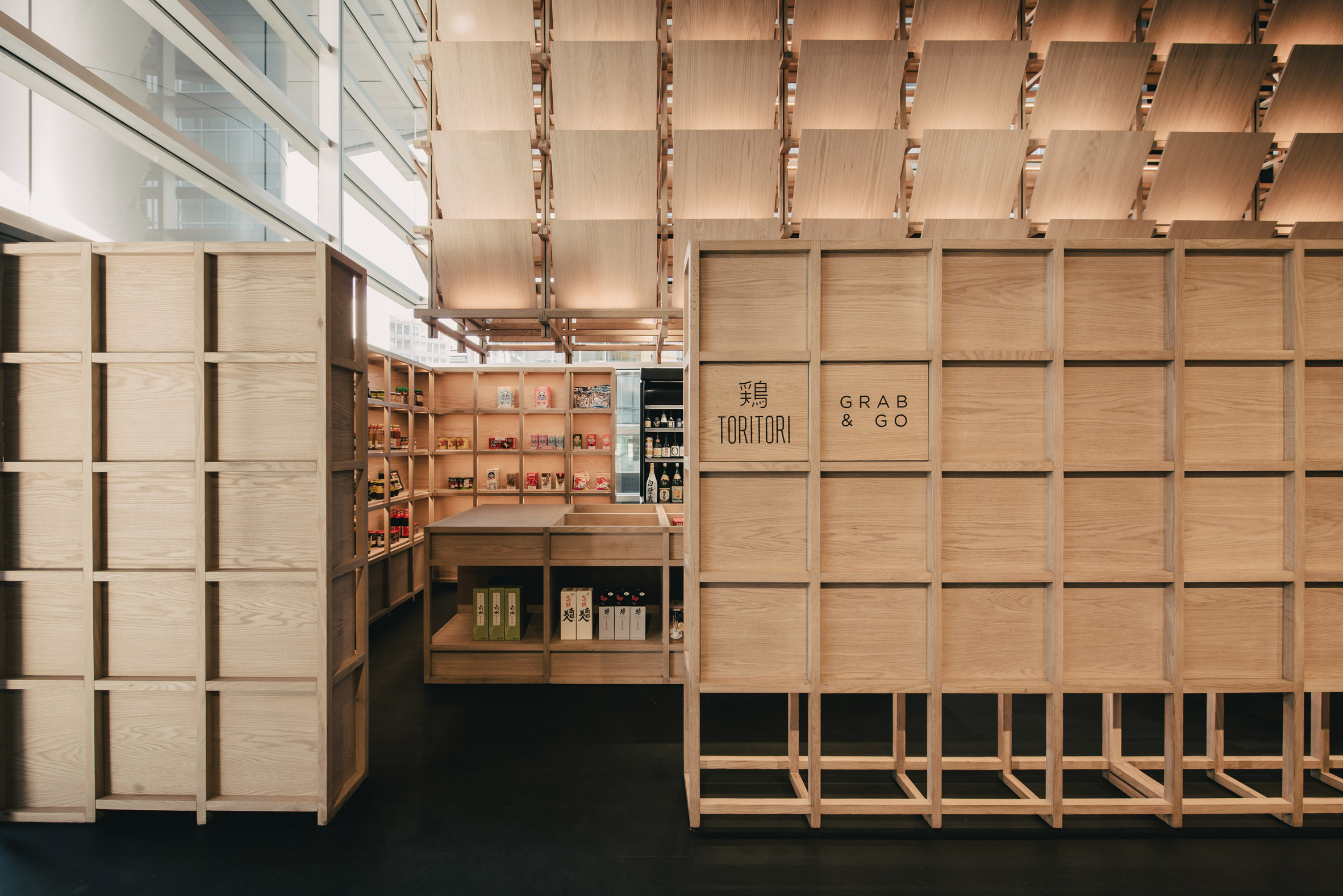 The studio’s other projects include a dimly-lit bar in the city’s postmodern concert hall Auditoria Nacional and a red brick house, Casa Sierra Fría.

Earlier this year, Esrawe Studio opened its office in Mexico City’s Roma Norte. The space also doubles as a showroom for EWE Studio, which Esrawe founded in 2017 with Manuel Bañó and Age Salajõe.

Photography is by Genevieve Lutkin unless stated otherwise.