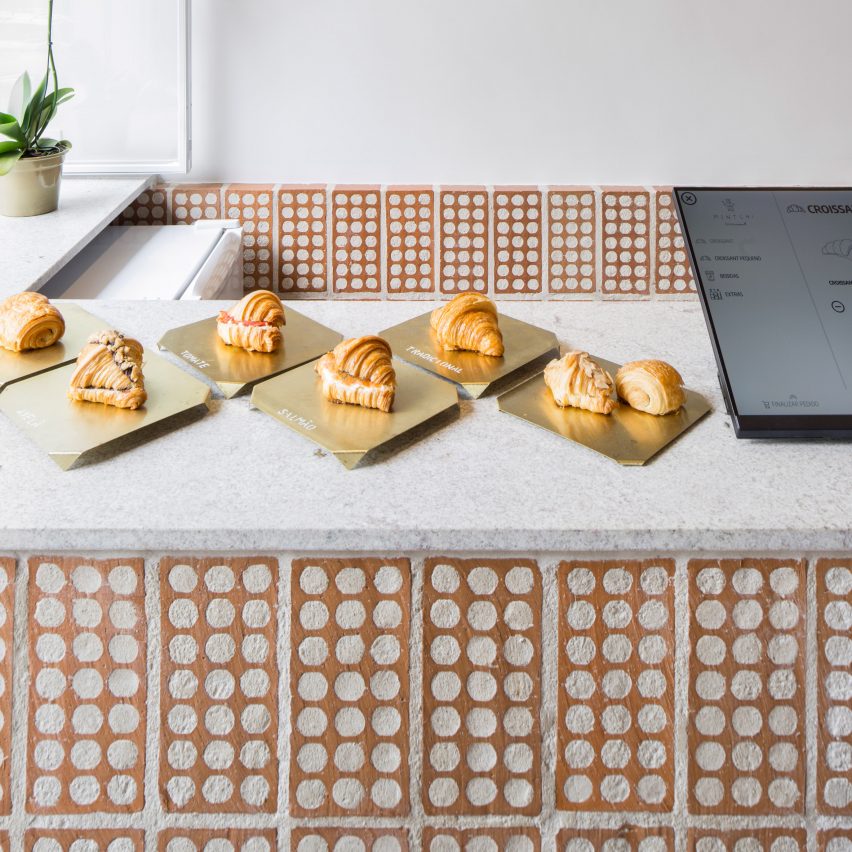 The interior of this São Paulo patisserie is designed by Dezembro Arquitetos to answer the question, how does it feel to be inside a croissant? 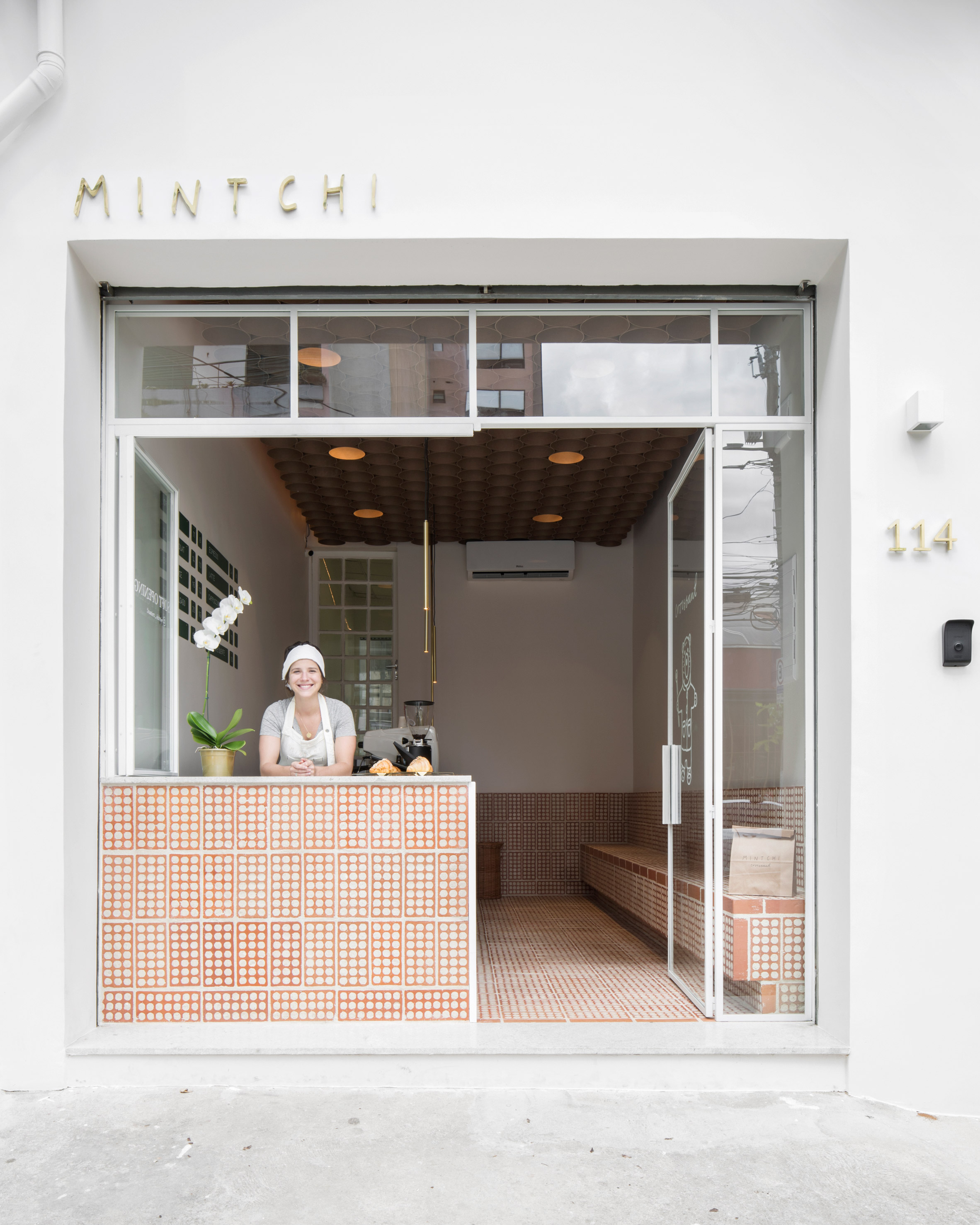 These include a lightweight cardboard ceiling and furniture elements created using an icing nozzle.

“The lightness of the product became the starting point of the project,” explained Maurelio. “Just like in a croissant, the project is organised in these layers.” 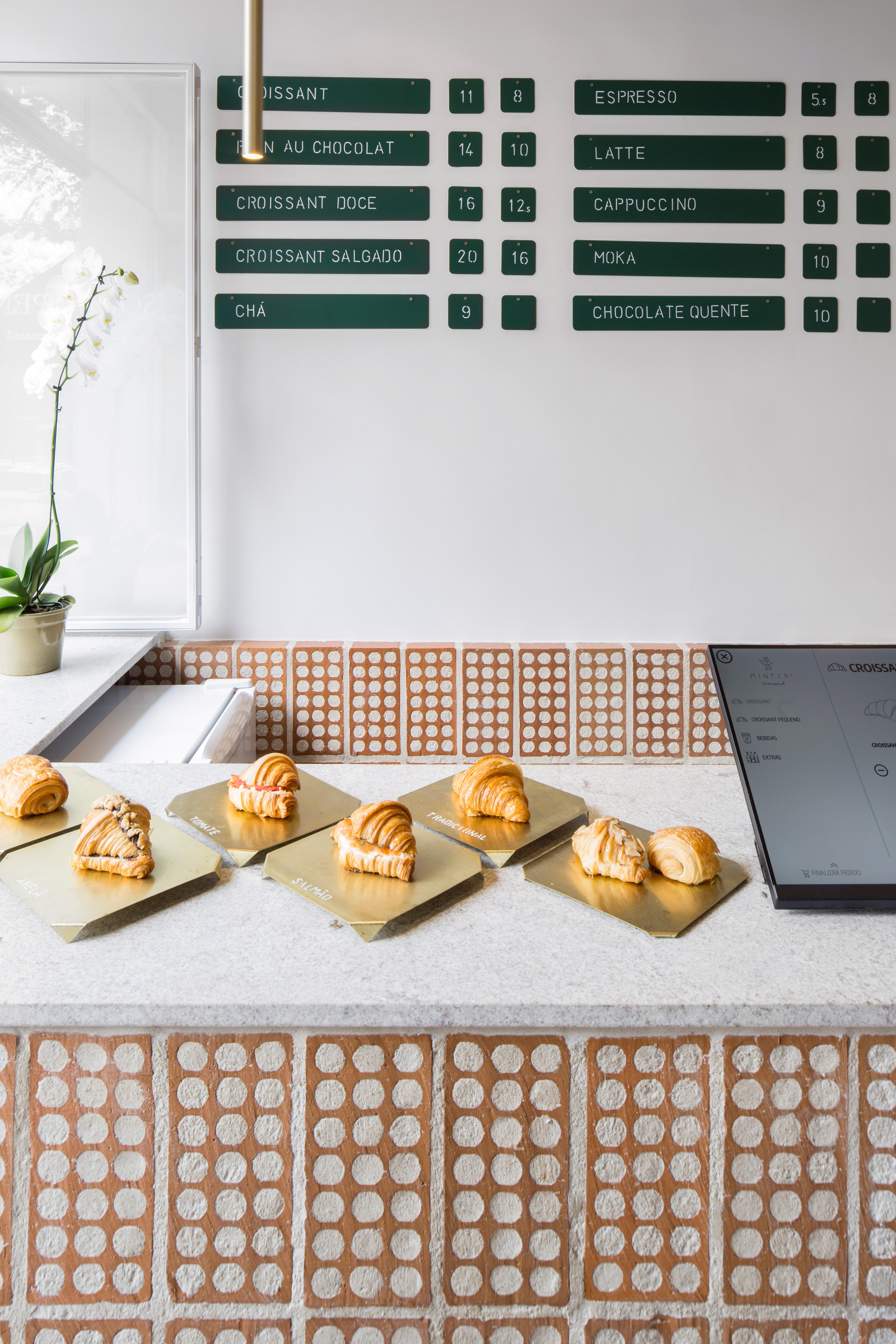 The first layer, according to Maurelio, is the flooring, countertop and bench seating. These elements are all made using perforated terracotta bricks, which have been unusually infilled with concrete.

Wherever possible, the top of the brick is showing rather than the side edge. This creates a graphic effect, where the concrete fills the small circular gaps and frames the outline of each block. 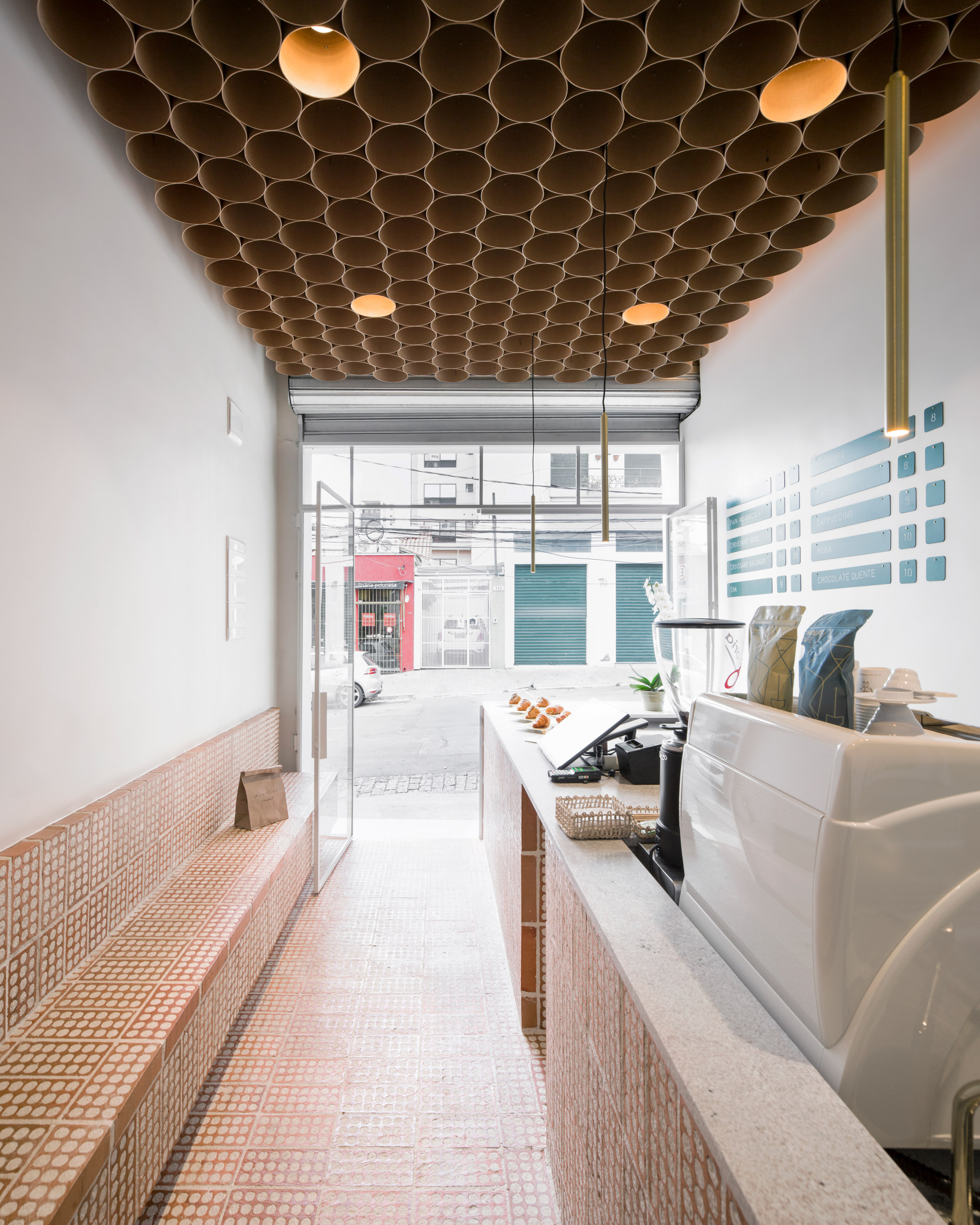 “Surprisingly the construction process was quite similar as the work done in pastry,” said Maurelio.

“The construction workers themselves brought the idea: filling each brick hole with cement using an improvised icing nozzle.” 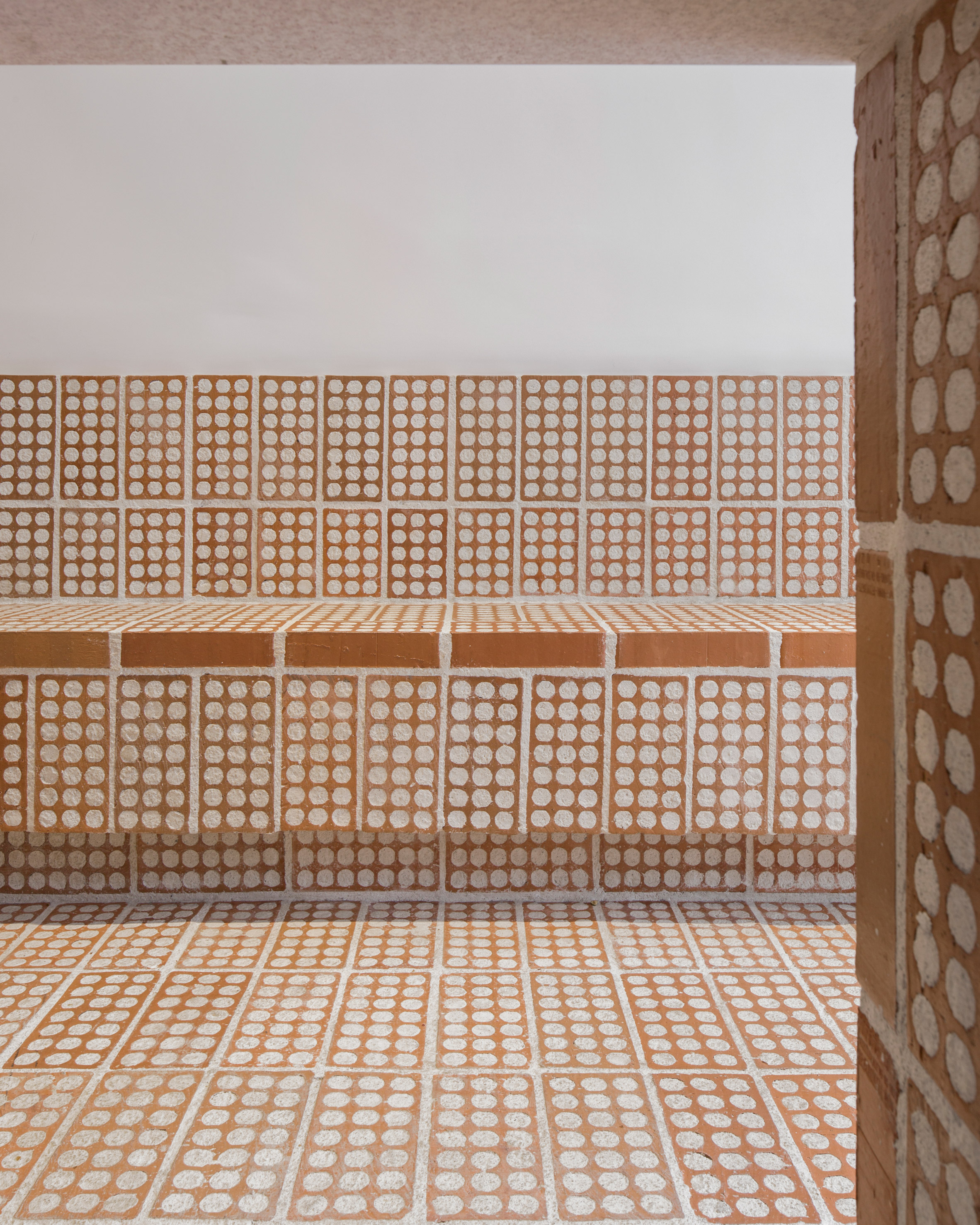 Cardboard tubes cover the ceiling of the bakery, “to carry on with the intended lightness”.

Lighting features are inset into some of the tubes, while slender brass lighting pendants hang down through some of the gaps in between. 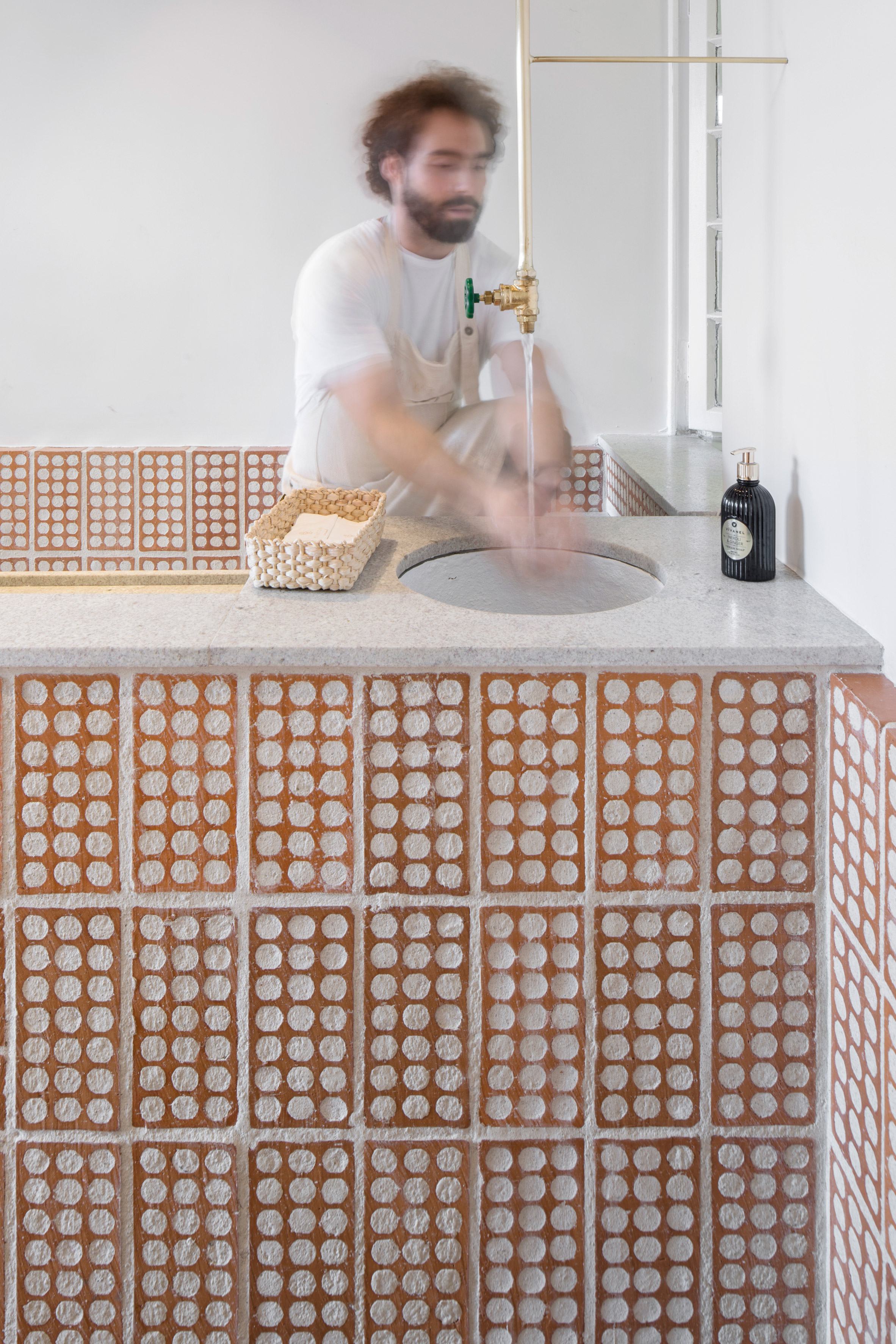 Other details include a brass pipe that extends down from the ceiling to form a tap, above a basin where bakers can wash their hands.

“Brass details evoke the golden colour of the croissant, while the bricks and cardboard evoke its warmth when freshly brought out of the oven,” added Maurelio. 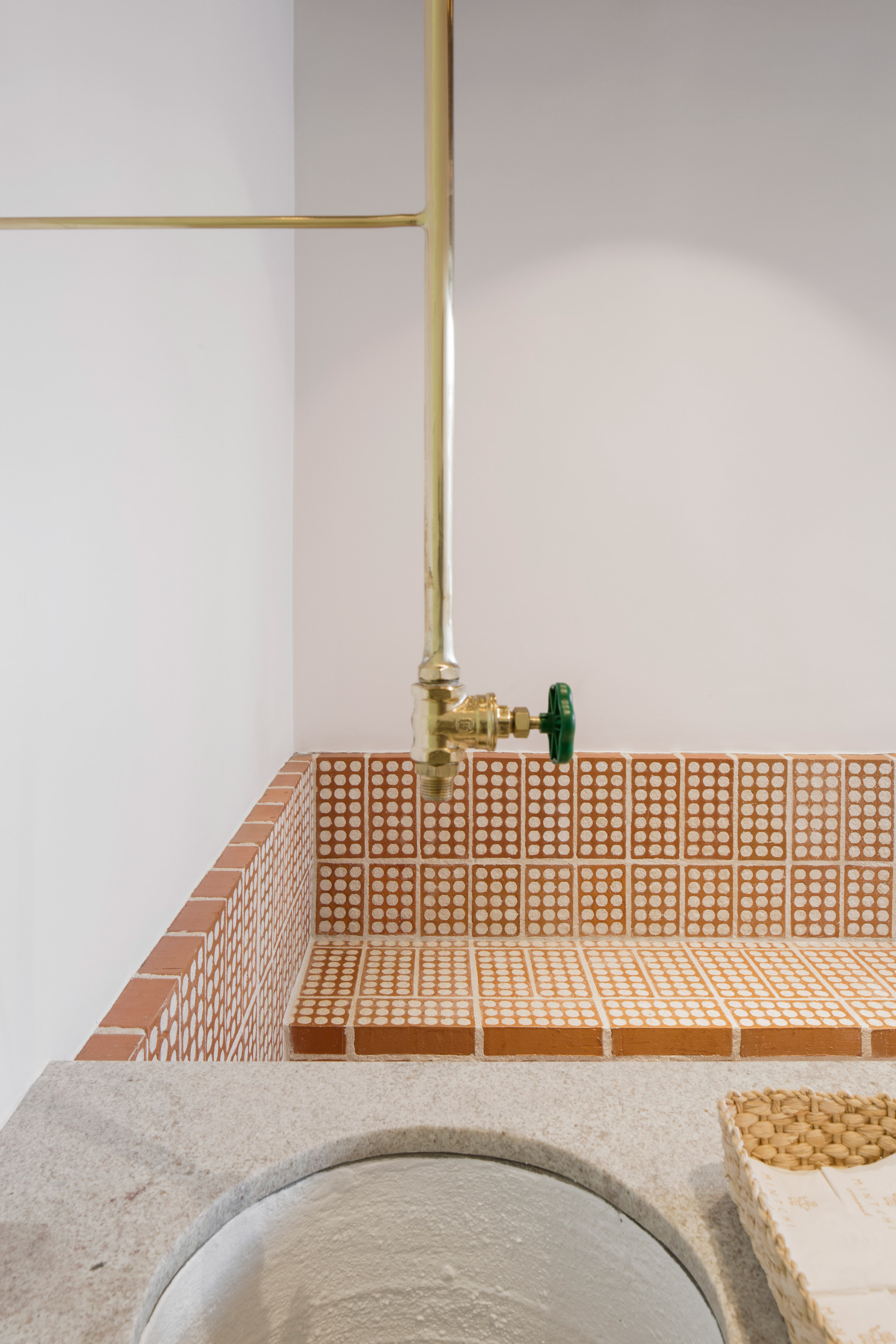 Mintchi Croissant opened in 2019. Before that, the building served as a garage.

The store has a glazed frontage that can open up to the street, encouraging people to come in and take a seat. Golden croissants are displayed on the counter on bespoke brass plates.

Photography is by Carolina Lacaz.