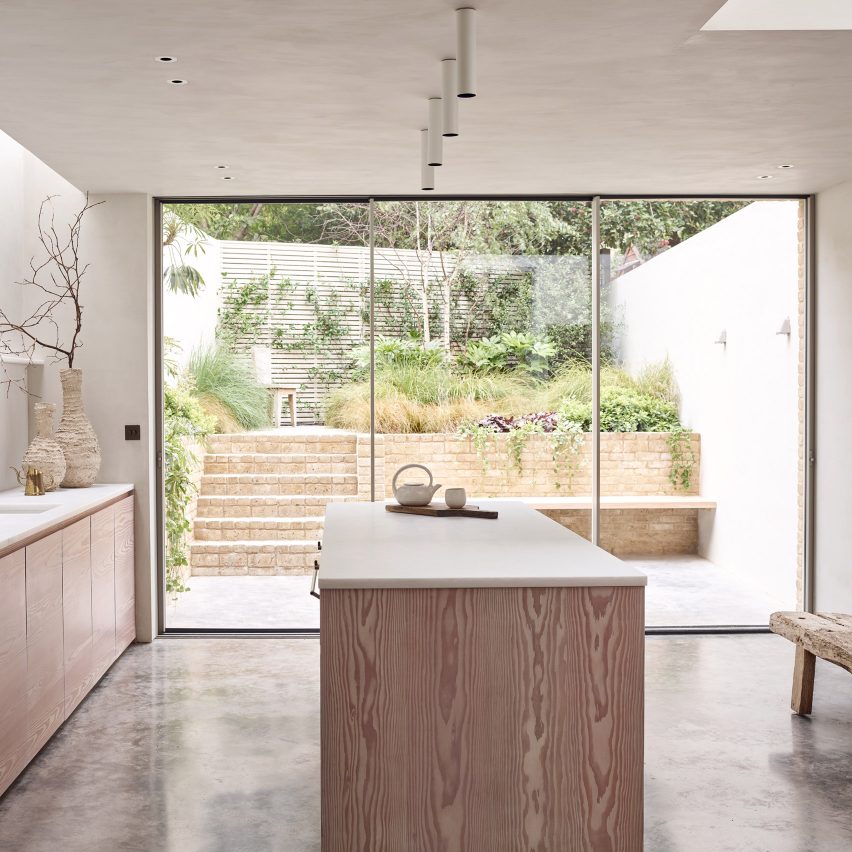 White-washed walls, Douglas fir joinery and creamy furnishings appear inside this east London home, which design studio Daytrip has renovated and expanded by excavating its basement.

The five-storey Powerscroft Road townhouse is situated in the neighbourhood of Clapton and had previously been host to several “unloved” living spaces. 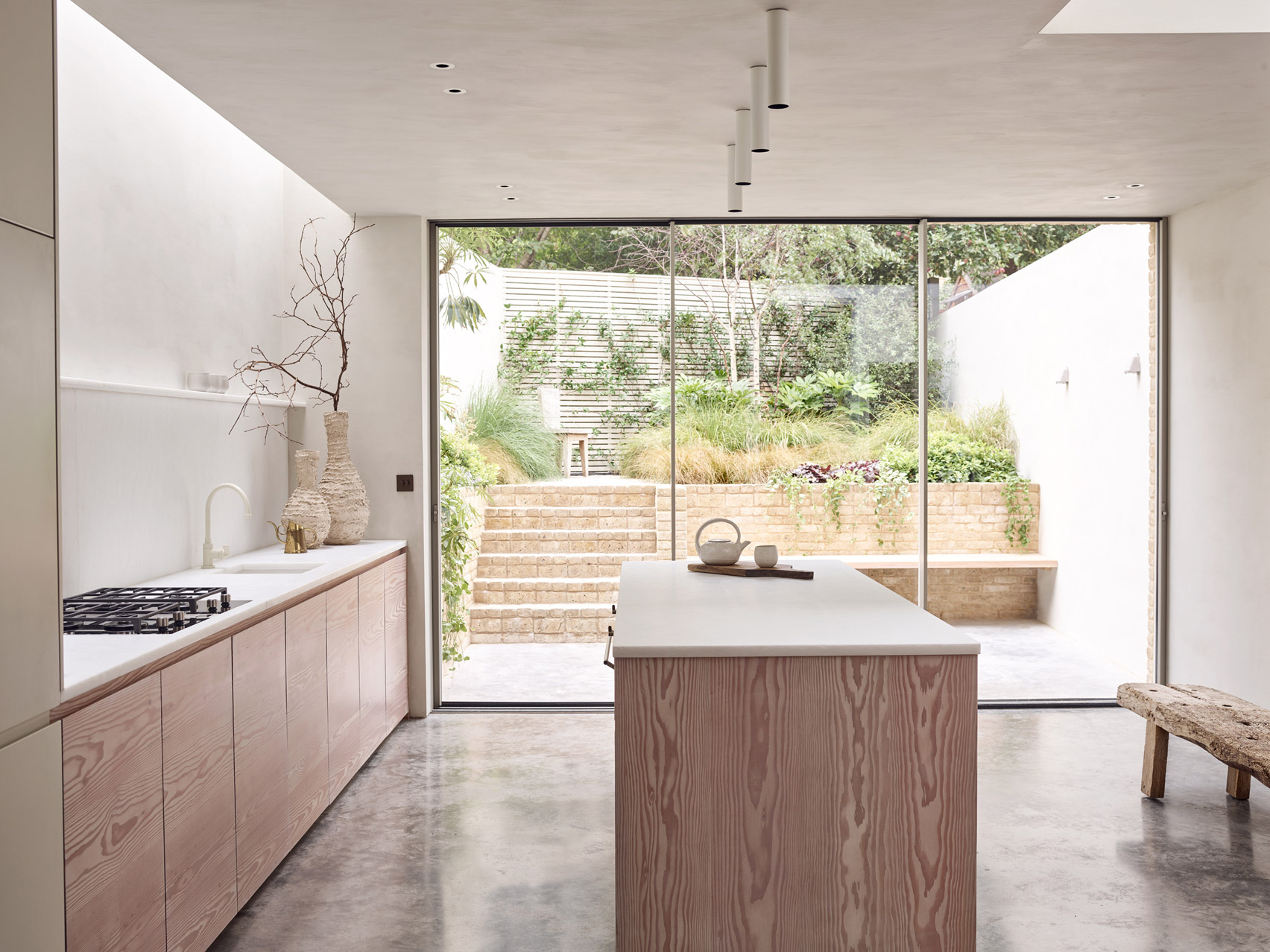 A majority of the rooms were plastered in dated 1970s wallpaper and had worn, deep-pile carpet across the floor.

Beneath the ground-floor kitchen there was also a dark and damp basement, with an inconveniently low ceiling. 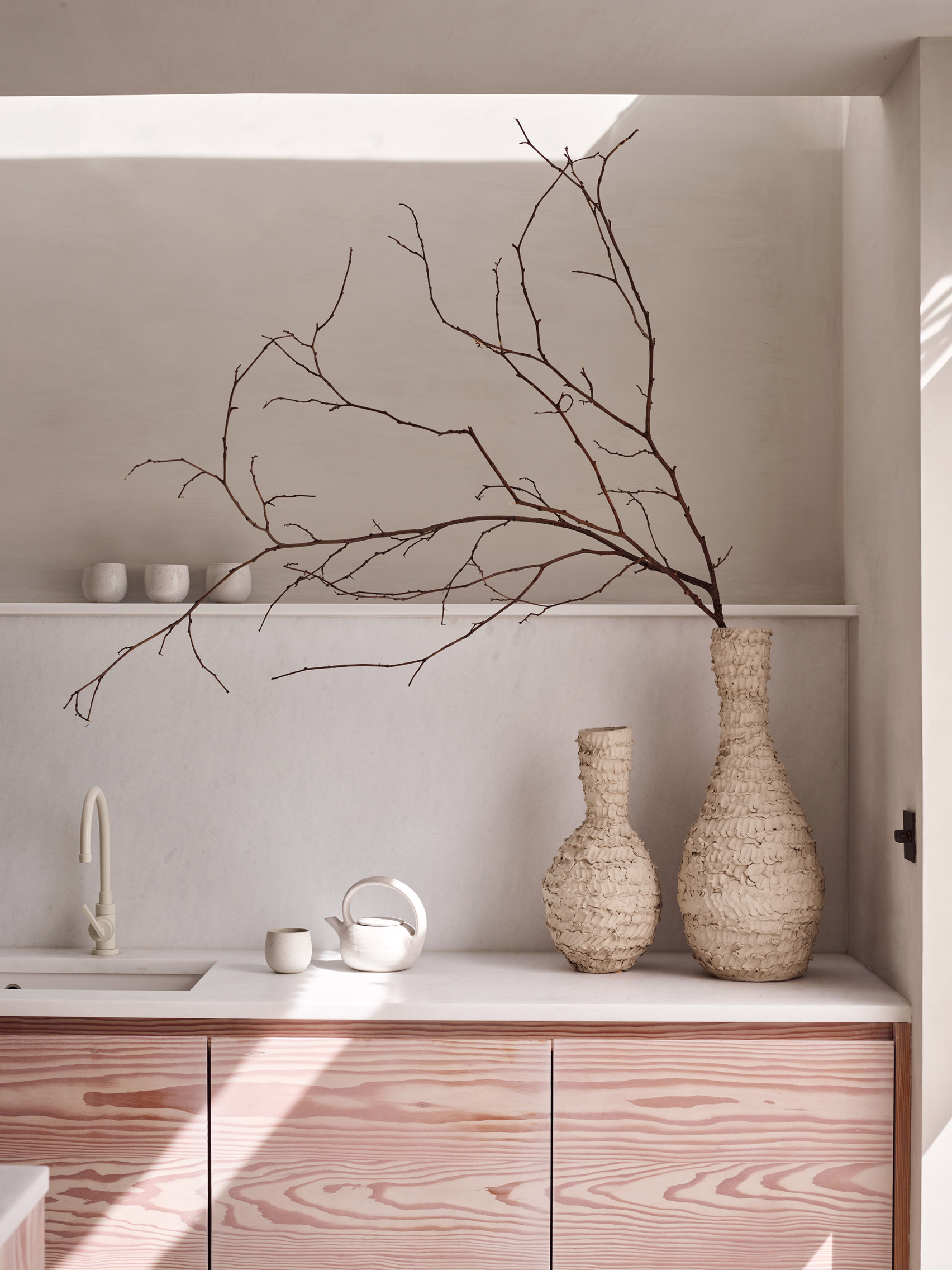 The owners of the house, a married couple who had purchased the property with the hope to resell, approached Daytrip to carry out a complete overhaul.

While there was no particular buyer lined up, the studio still wanted the house to appear as though “every element had been considered and detailed for the homeowner”. 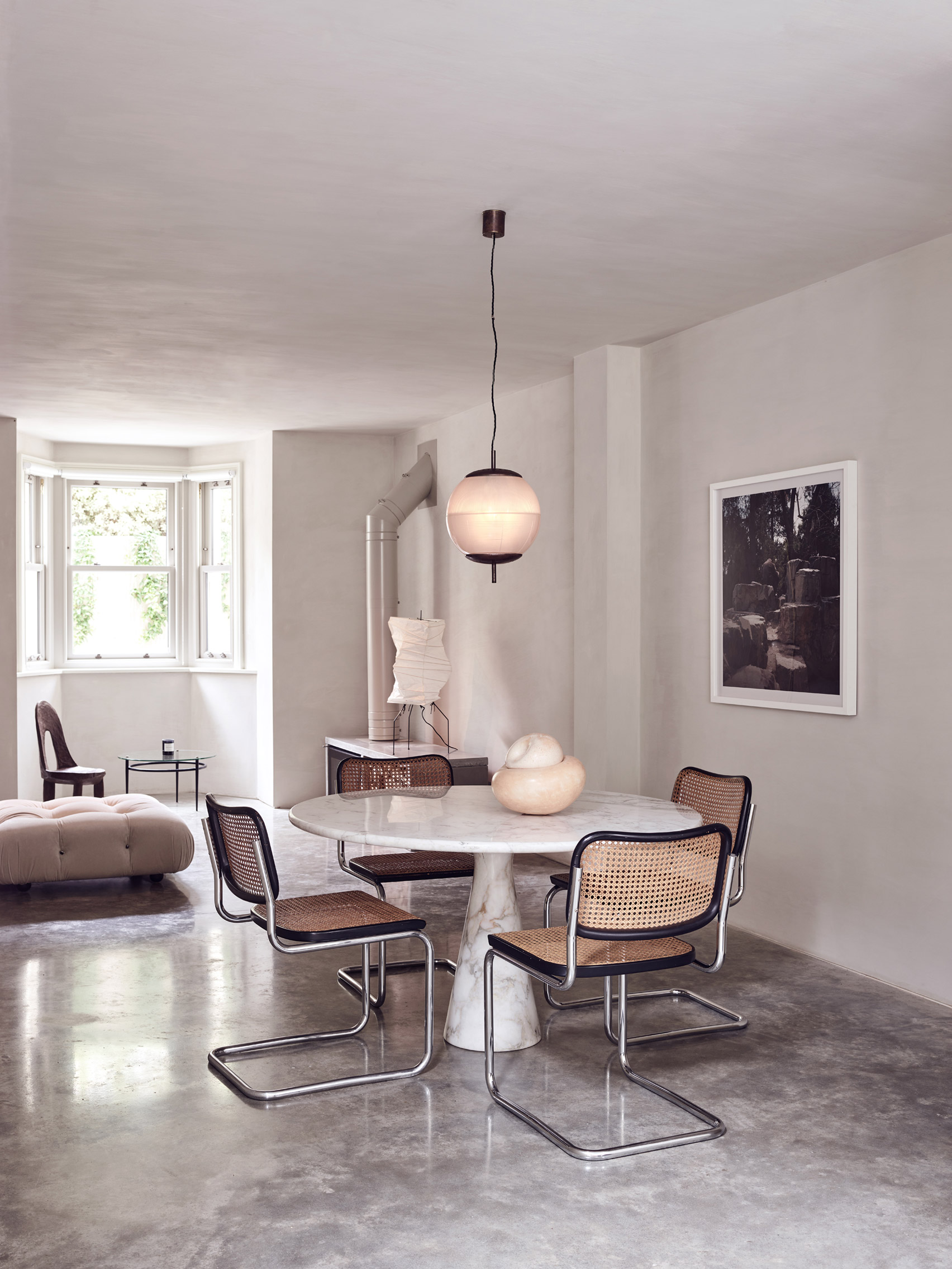 “[The clients] trusted us to do what we felt was right,” Iwan Halstead, co-founder of the studio, told Dezeen.

“We knew we wanted a calm and serene home, away from the hustle of inner city, but we also wanted it to have the quality and craftsmanship we adhere to in all our projects.” 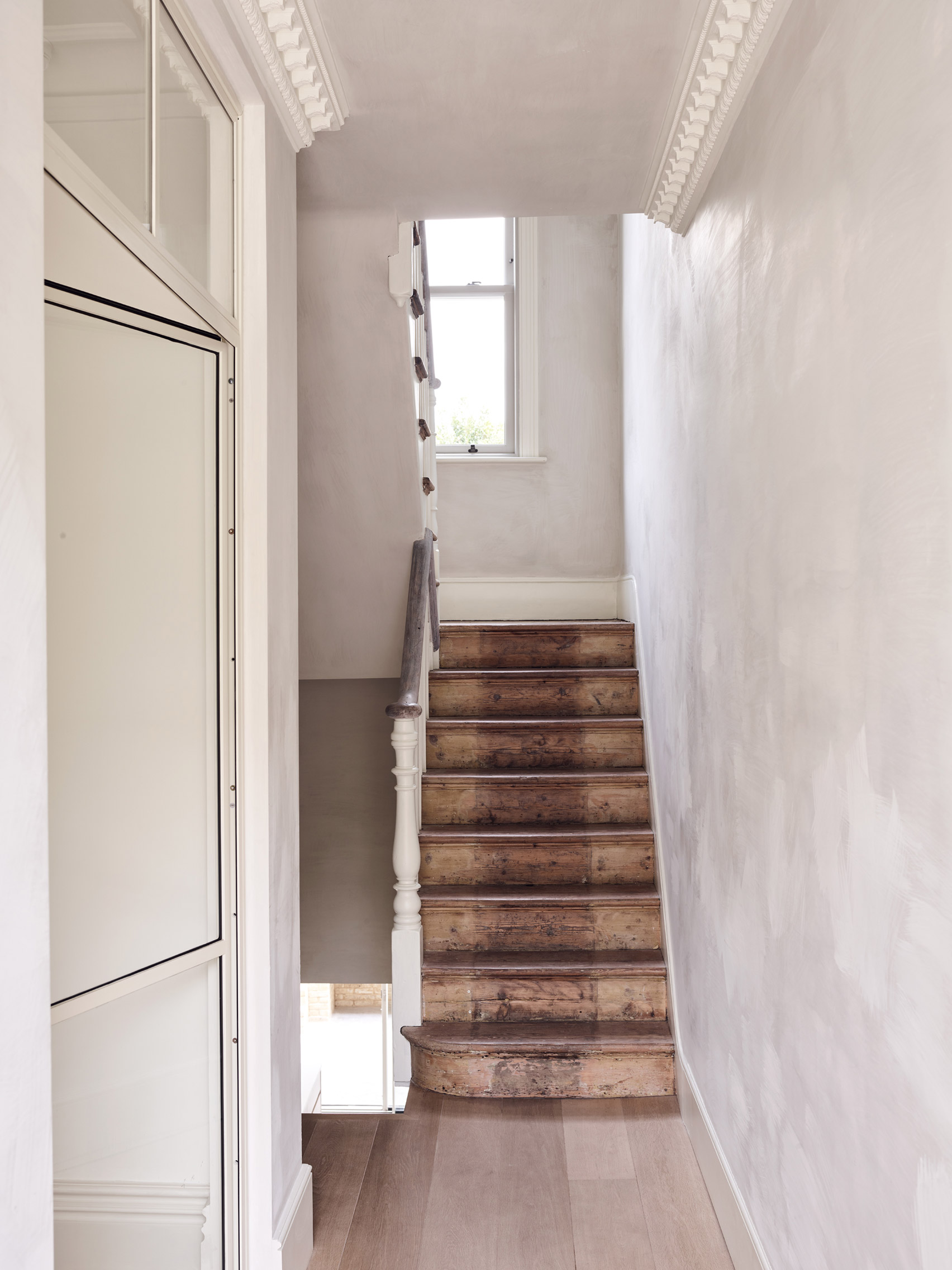 To begin, the studio further excavated the existing basement to create an expansive, light-filled kitchen. The space is now fronted by full-height glass panels that offer views of a newly landscaped garden.

The cabinetry and the base of the central breakfast island have been crafted from Douglas fir wood, while countertops are made from pale Evora marble. 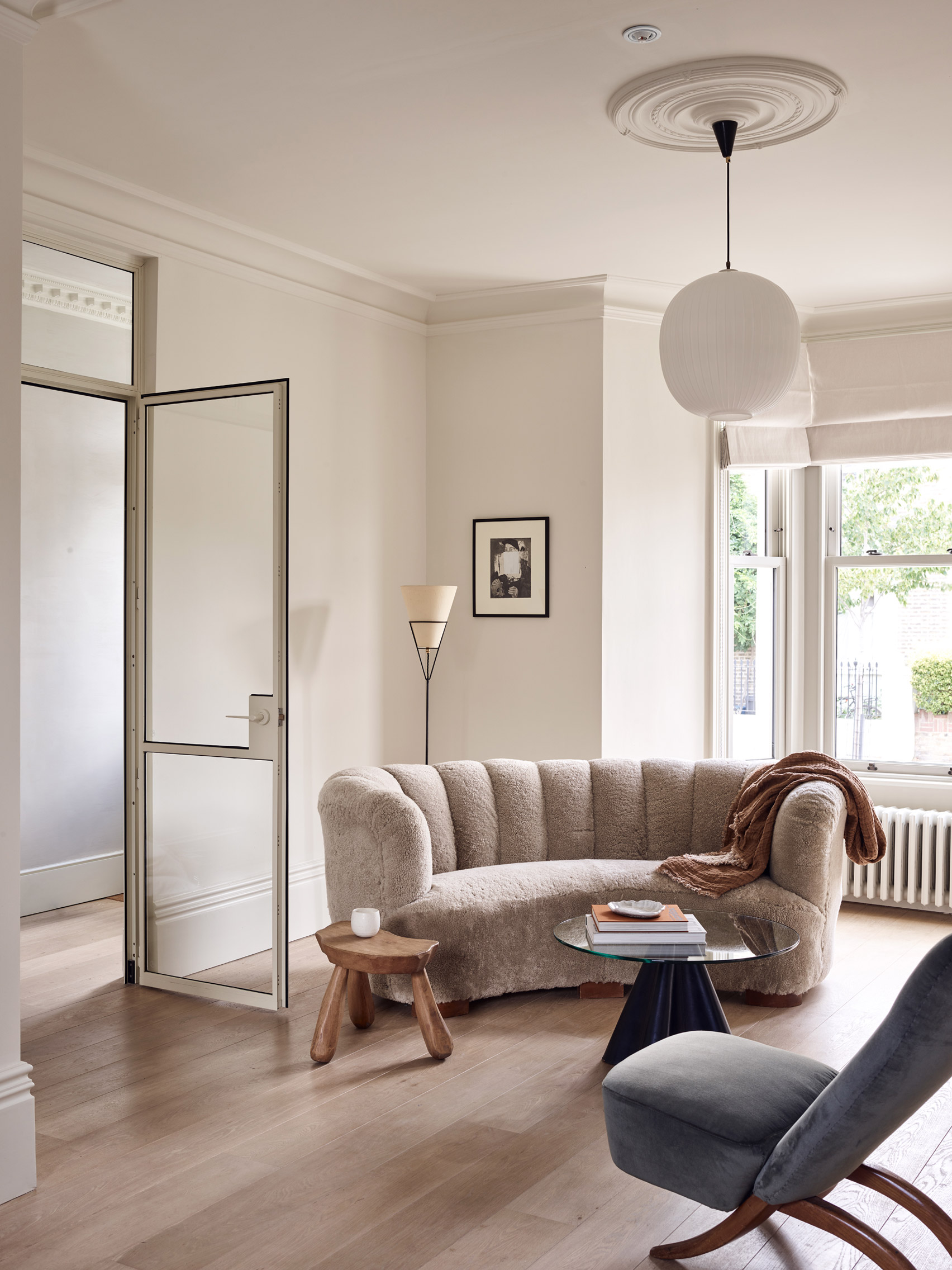 Surrounding surfaces have been loosely lime-washed to leave an almost “painterly” surface finish, while the floors are polished concrete.

“A muted and pale palette of off-whites are paired with honest materials which promote their inherent patterns and textures without feeling ‘over-designed’ or mass-produced,” Halstead explained. 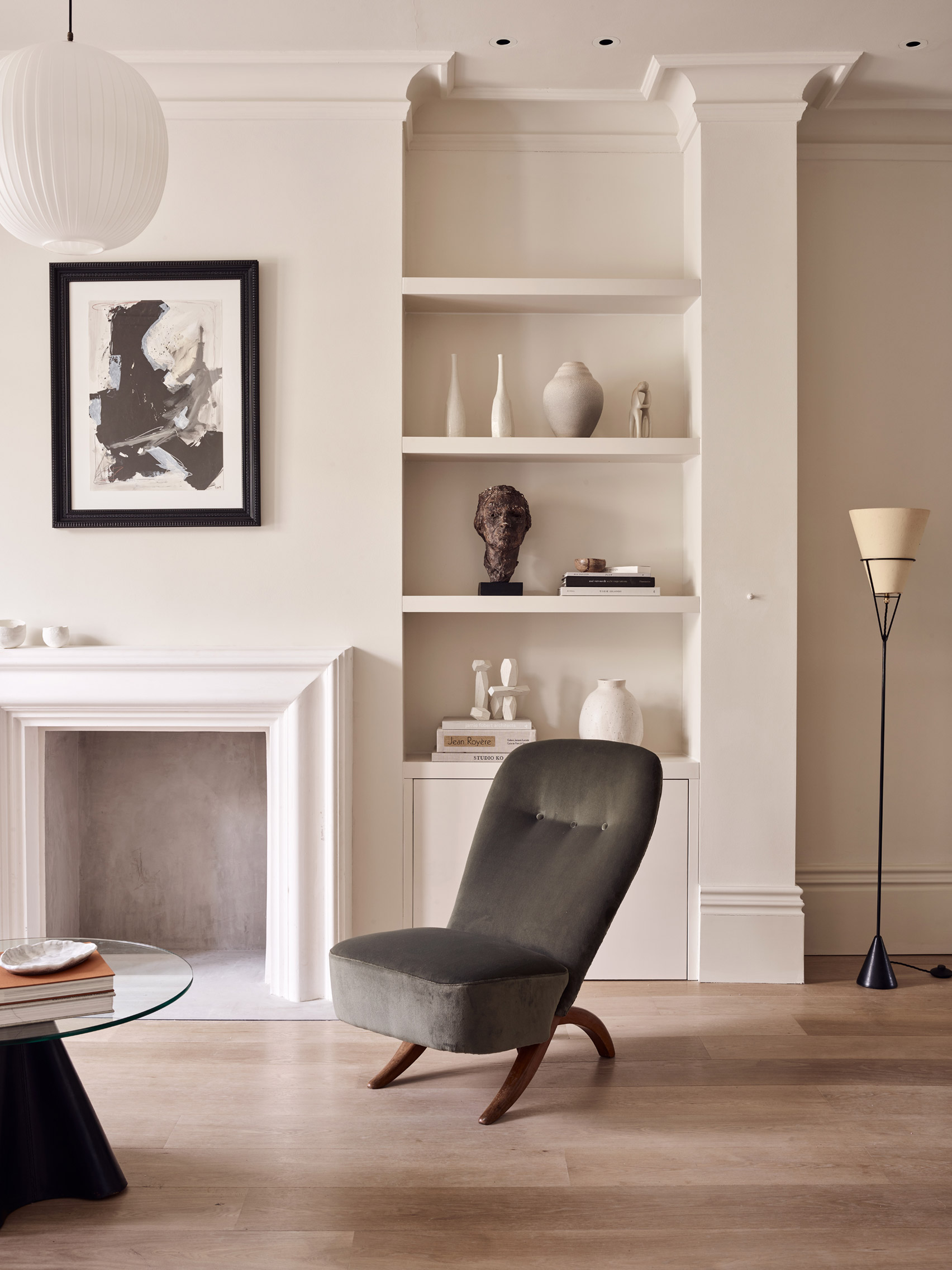 At the rear of the kitchen lies a dining area, which boasts a veiny stone table and tubular steel-frame rattan chairs. There is also a cosy sitting room with low-lying cream sofas and a wood burner.

In the upper levels of the home, the studio set out to revive original details such as the ornate ceiling cornicing and wooden floorboards. 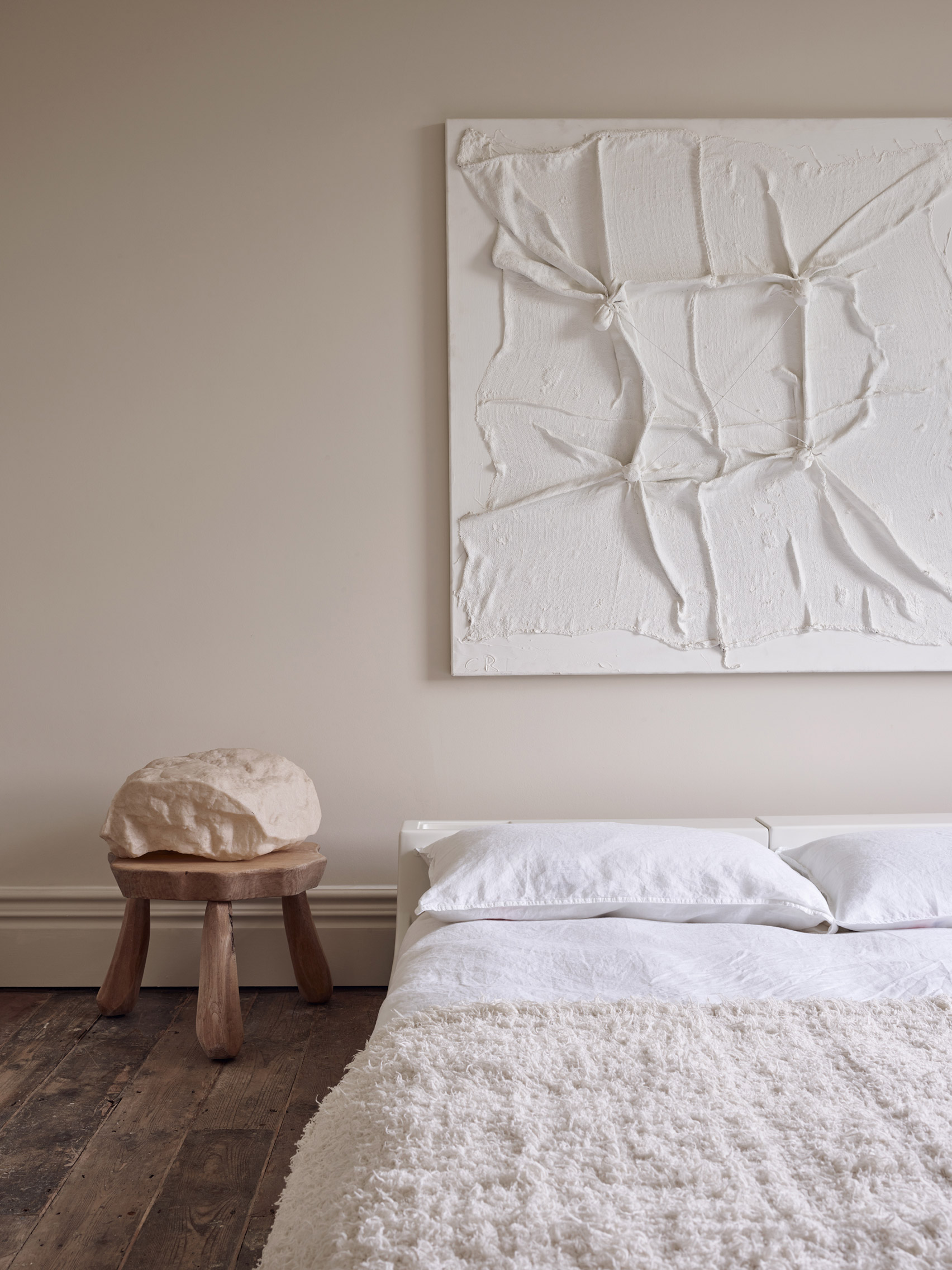 Walls have been freshened up with a coat of eggshell-coloured paint, apart from in the bathrooms, where Calcatta marble tiles have been introduced.

Some of the openings between rooms have been widened or fitted with crittall doors. Three skylights punctuate the roof of the home to let more sunlight into the attic. 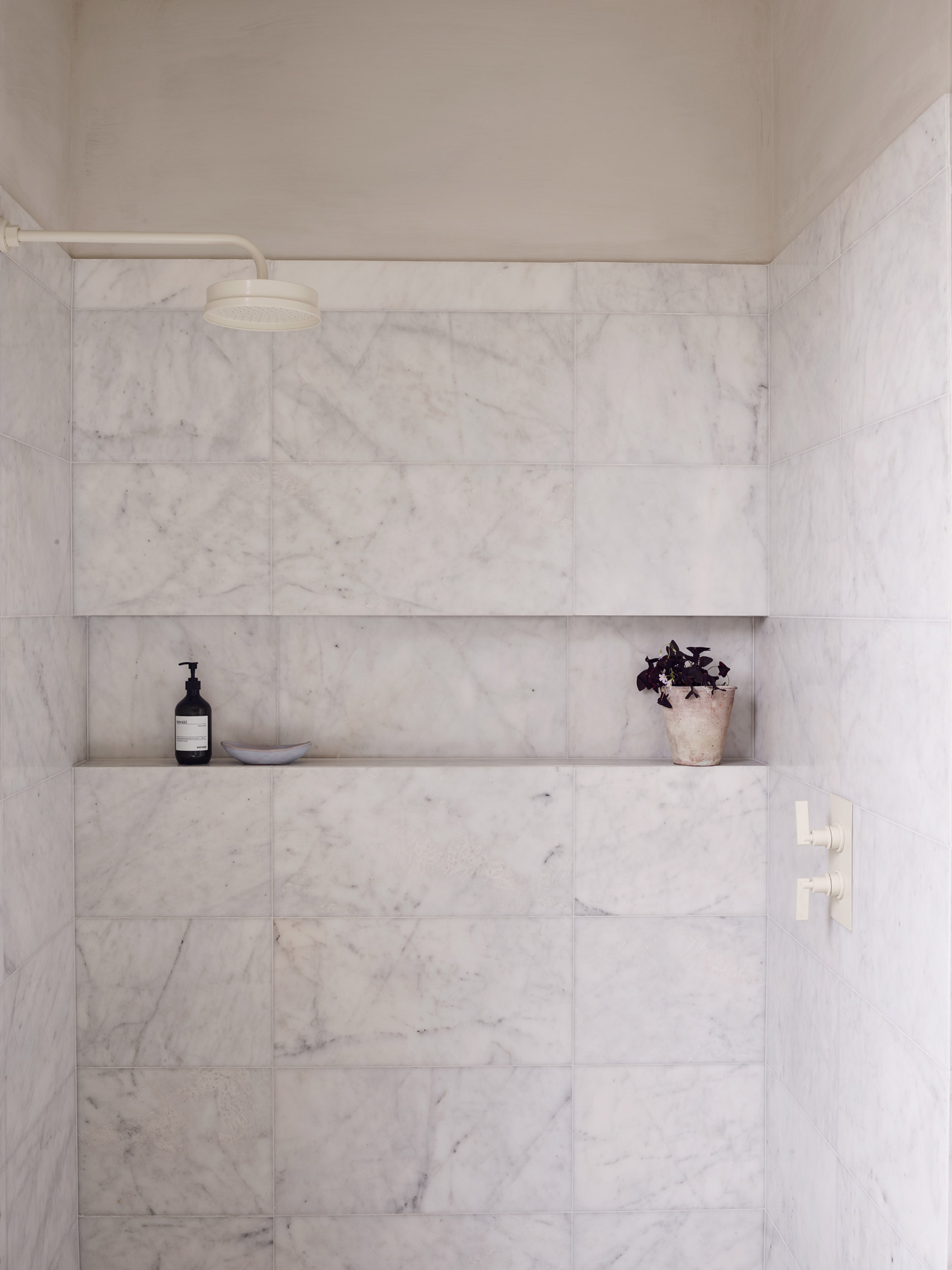 Furnishings used to style the home – including those in the basement – were picked out by Modern Art Hire, which worked to accrue an array of antique, mid-century and modern pieces. 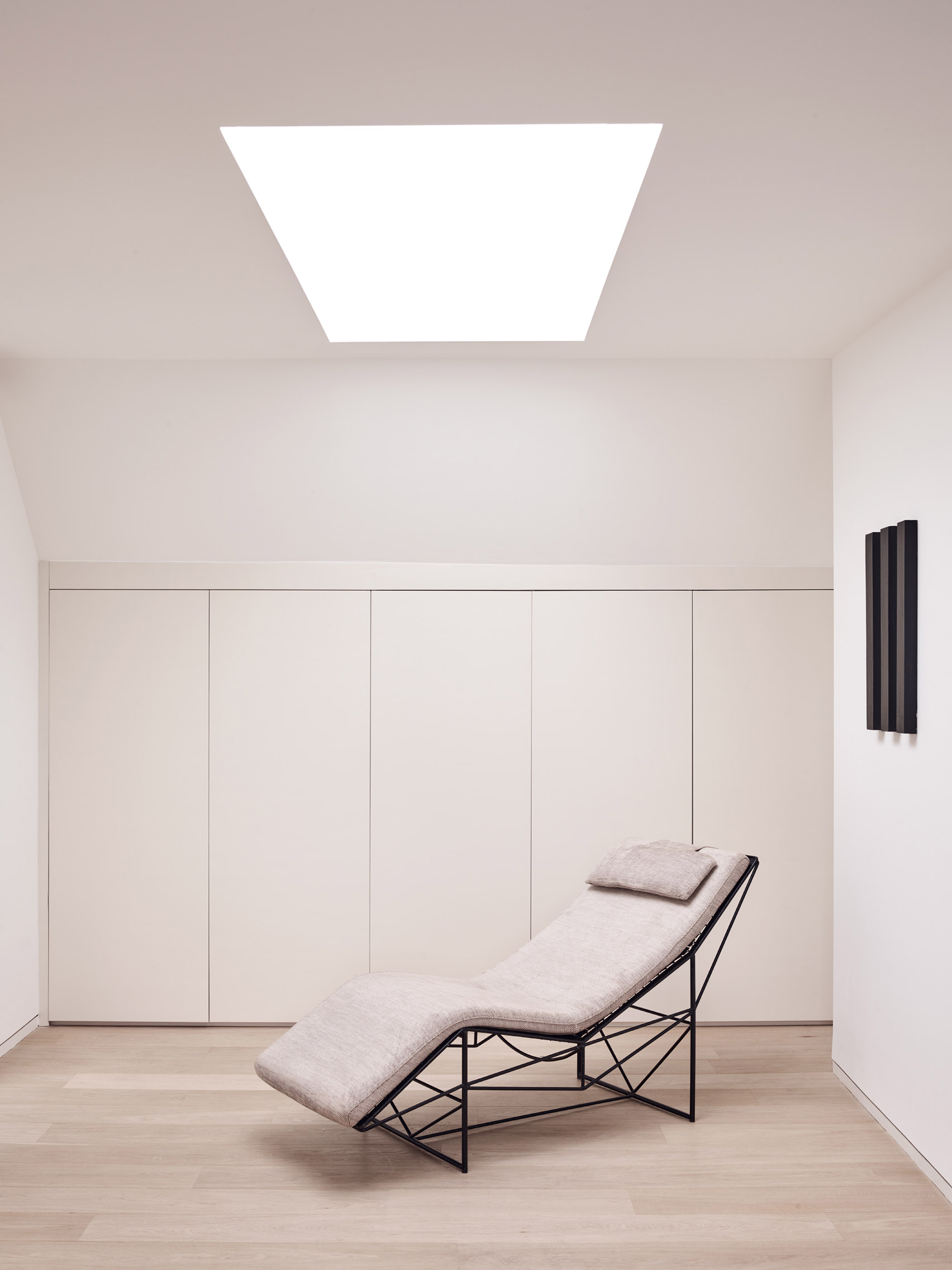 Daytrip is based in Hackney, east London, and led by Iwan Halstead and Emily Potter.

It isn’t the only studio that’s dug down below ground level to provide additional room for living. In 2018, Gianni Botsford Architects excavated the ground beneath a home in London’s Notting Hill to create a subterranean swimming pool and gallery-style sitting room.

In Hackney, David Adjaye renovated the Mole House, which was undermined by secret tunnels.

Photography is by Jake Curtis and Elliot Sheppard.