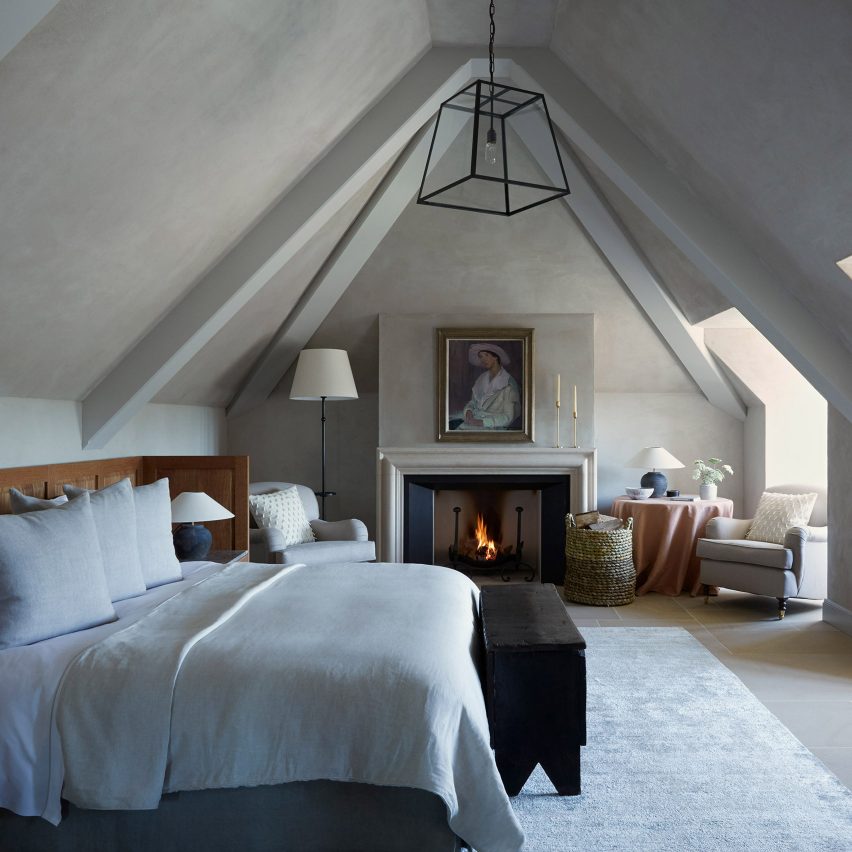 Dezeen promotion: architects and designers working across Europe are invited to submit their hospitality projects to the 2020 edition of the AHEAD Europe awards.

Carried out across four different regions – the Americas, Europe, Asia and the Middle East and Africa (MEA) – the AHEAD awards celebrates stand-out hospitality projects from across the world.

The AHEAD Europe 2020 competition will specifically look at projects that have opened, reopened or launched in the region between June 2019 and May of this year.

Awards for Visual Identity, New Concept and the prestigious Hotel of the Year title are also up for grabs.

Each project is then carefully evaluated by an expert panel of architects, designers, developers and leading commentators from the hospitality industry.

The 2019 edition of AHEAD Europe saw Palazzo Daniele take home the Hotel of the Year award. Composed of just nine guest suites, the boutique hotel takes over a 158-year-old aristocratic home in Puglia, Italy.

Members of the judging panel were wowed by the building’s carefully-preserved historic fabric and intimate atmosphere, claiming that once guests enter the hotel they feel as if they’re in “a new world”.

Dezeen also produced a short film about the hotel, in which architect Roberto Palomba talked through the painstaking process of restoring several of the hotel’s original frescoes.

Other major winners from AHEAD Europe 2019 include Heckfield Place in Hampshire, England, which occupies an 18th-century residence. It came first in the Hotel Renovation & Restoration category, commended by judges for having a sense of “maturity that’s really quite elegant”.

The Resort category was won by The Retreat at Blue Lagoon Iceland, which is nestled amongst geothermal pools, while the winner of the Spa & Wellness category was Euphoria Retreat – a hotel carved out of a mountain in Mystras, Greece.

Interested applicants have until 29 May 2020 to submit their projects, which can be done online via the AHEAD website. Winners of AHEAD Europe 2020 will be announced in a ceremony at Exhibition London on 18 November.

Champions from all four regions will go on to compete at the AHEAD global biennale that’s set for 2021, where worldwide titles can be won.

The post Call for entries to AHEAD Europe awards 2020 appeared first on Dezeen.