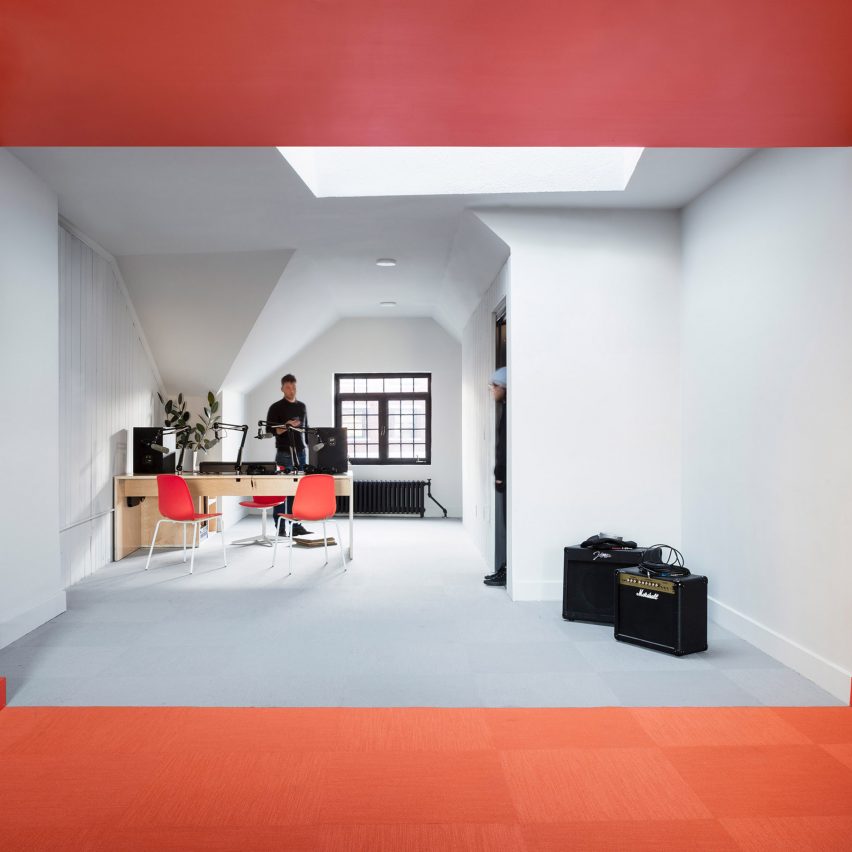 Forma, led by Miroslava Brooks and Daniel Markiewicz, designed the interiors with a simple but striking colour palette that covers the floors, ceilings and walls. 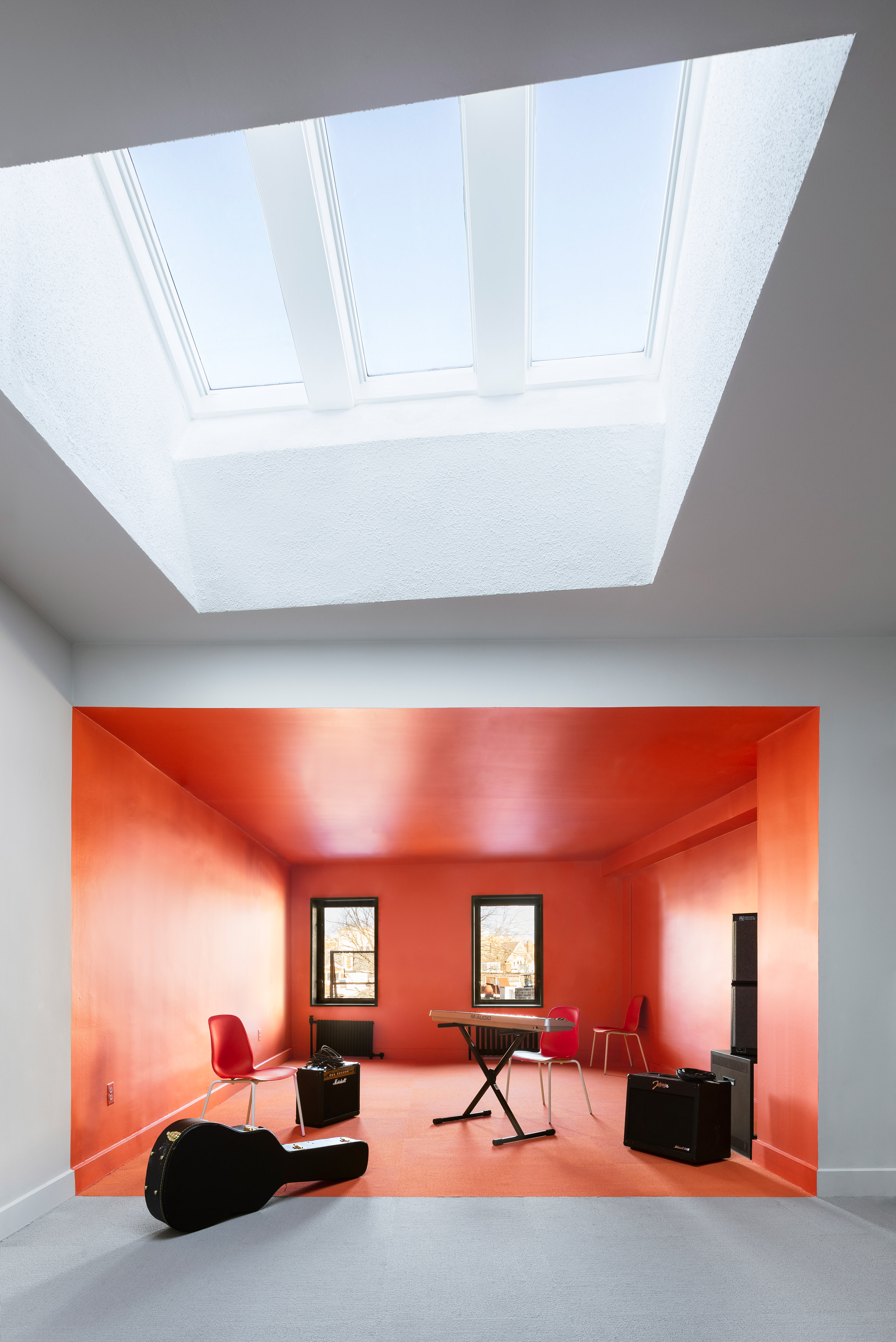 A recording studio is painted top-to-bottom in pale grey and is joined by an orange-painted performance space. Forma designed the radio station on the top floor of a four-storey, 1930s building in New Haven, Connecticut.

“An immersive colour space delineates the performance zone at the rear of the building for live band and show recordings,” said Forma. 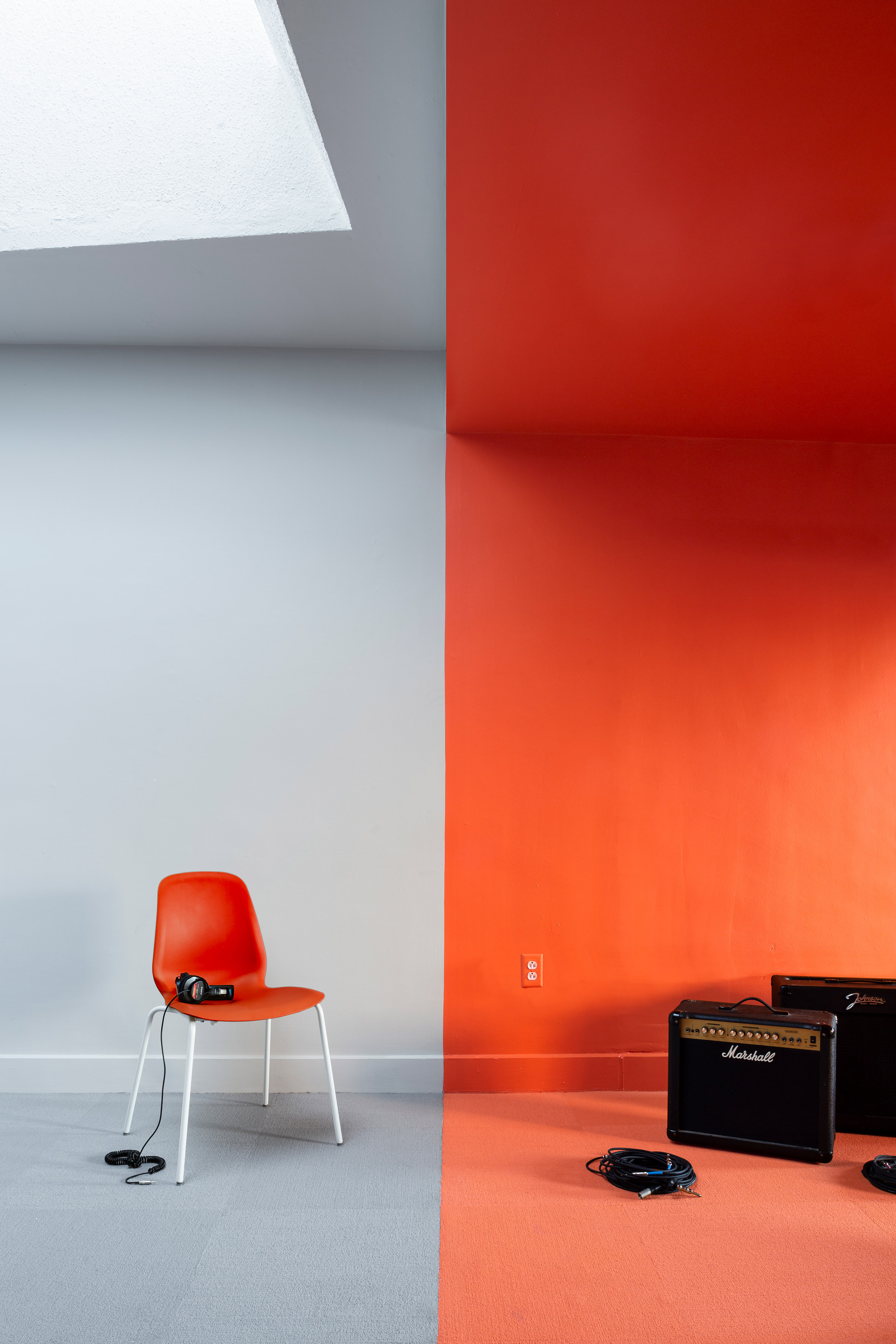 The studio demolished existing interior walls to create the two areas, and added new carpeting and vinyl floors. The performance area is complete with a new reinforced dropped ceiling.

In the recording area, which hosts Yale’s online radio station WYBCx, the walls are painted pale grey and the room is topped with a skylight. 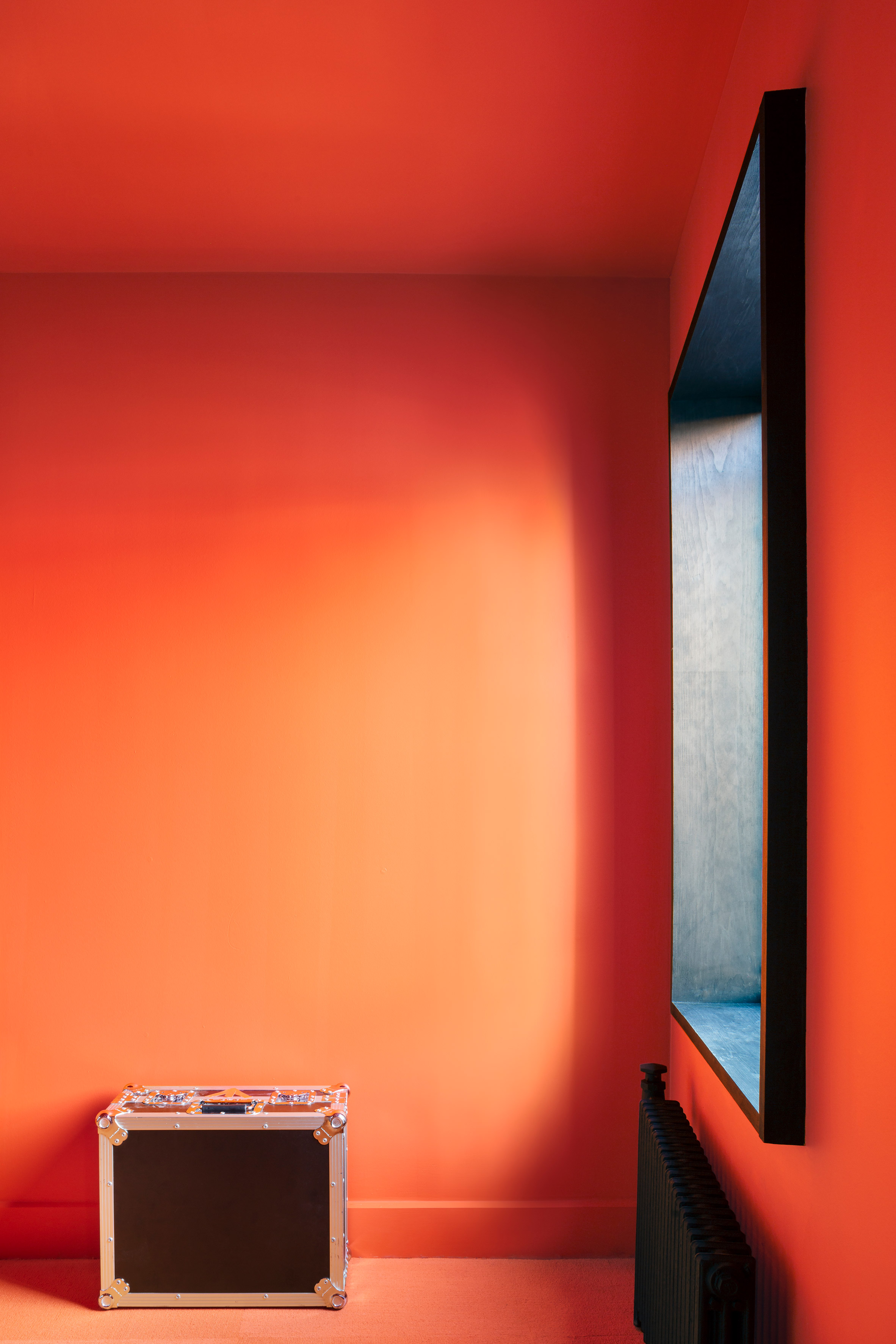 “The intensely saturated space is juxtaposed with the calming grey of the adjacent recording studio, where similarly the ceiling and walls match the carpeted floor for an all-encompassing visual experience,” added the studio.

Forma added a fire-resistant guardrail around the staircase to comply with the adaptive reuse project’s commercial building code.

Made of plywood and painted black, it offers a striking accent alongside the orange and grey. The existing stairs were stained black to match.

“It acts as a connecting and unifying element between the floors, framing the changing views as one moves through the narrow stairwell,” said the studio. 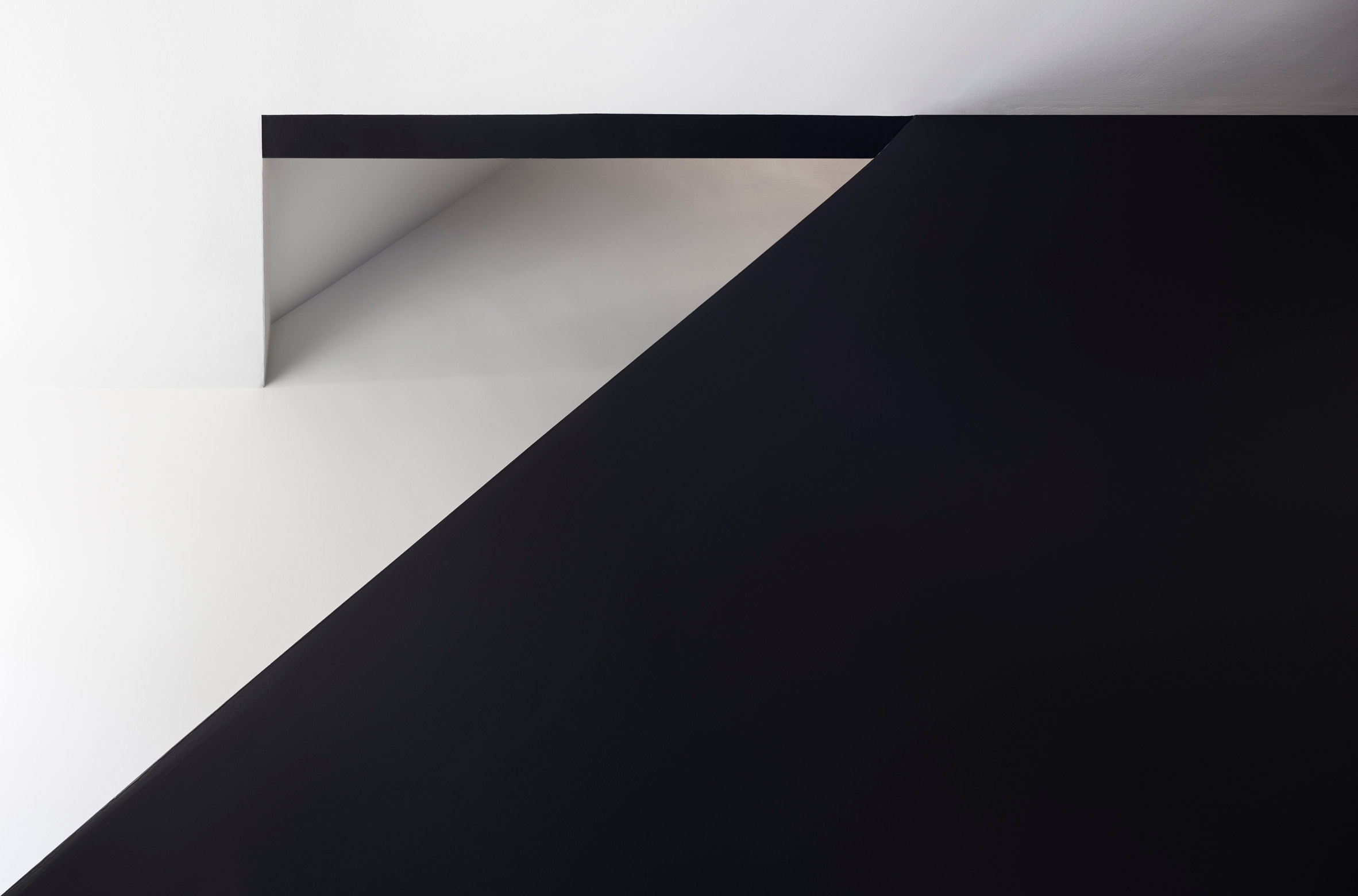 The two floors below the recording space remain relatively unchanged but are also for Yale’s radio station, including an existing restaurant on the ground floor.

Forma also updated all of the rear windows near to the outdoor fire-escape. The windows have minimal, custom-made boxes with black-stained wood. 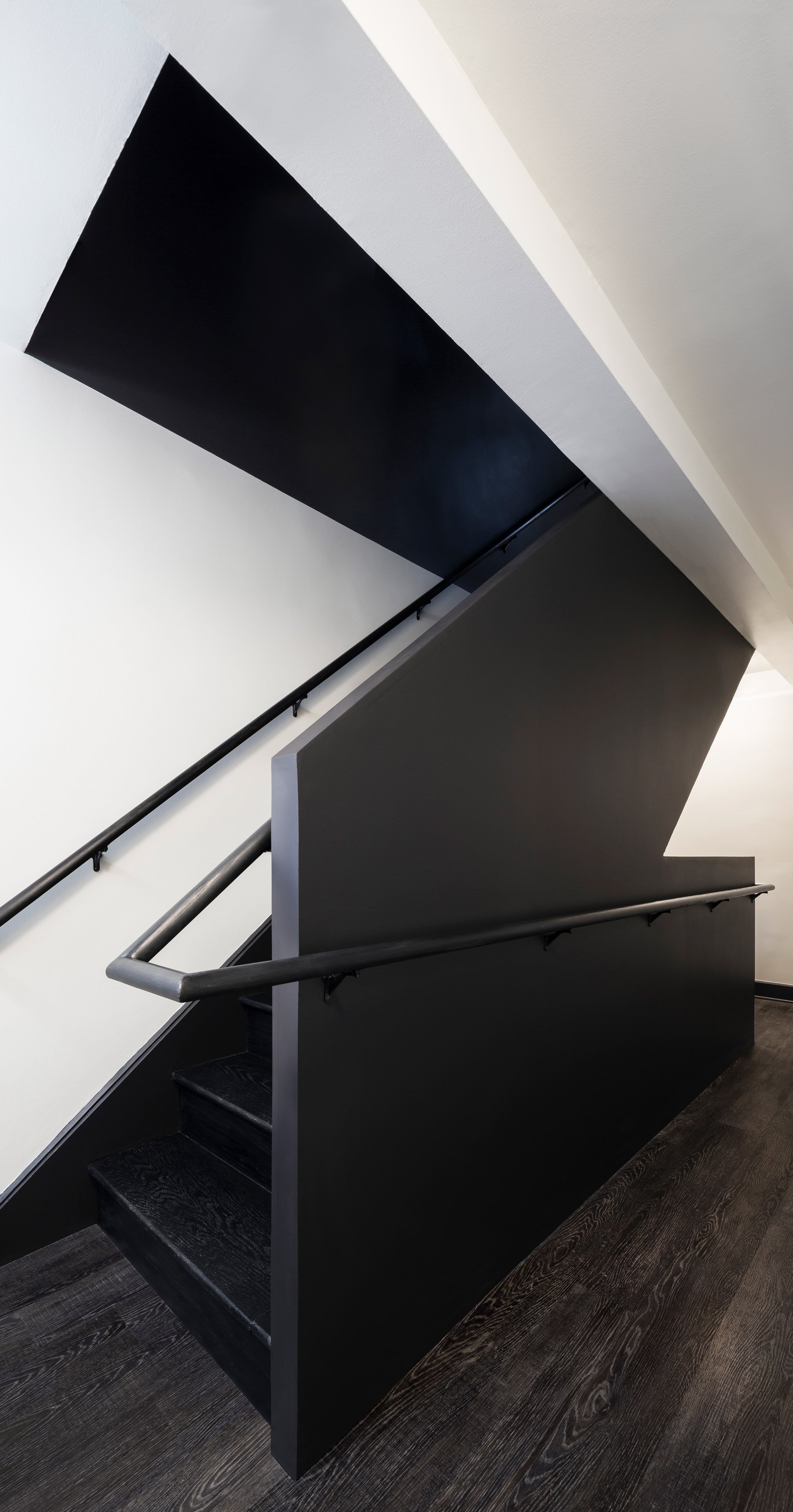 “The windows appear as objects inserted in the wall, in dialogue with the existing cast-iron radiators also painted black,” said Forma.

Other projects at Yale University are Louis Kahn’s Yale Center for British Art that was restored in 2016 and a house designed by graduate students for people experiencing homelessness.

Photography is by Devon Banks.