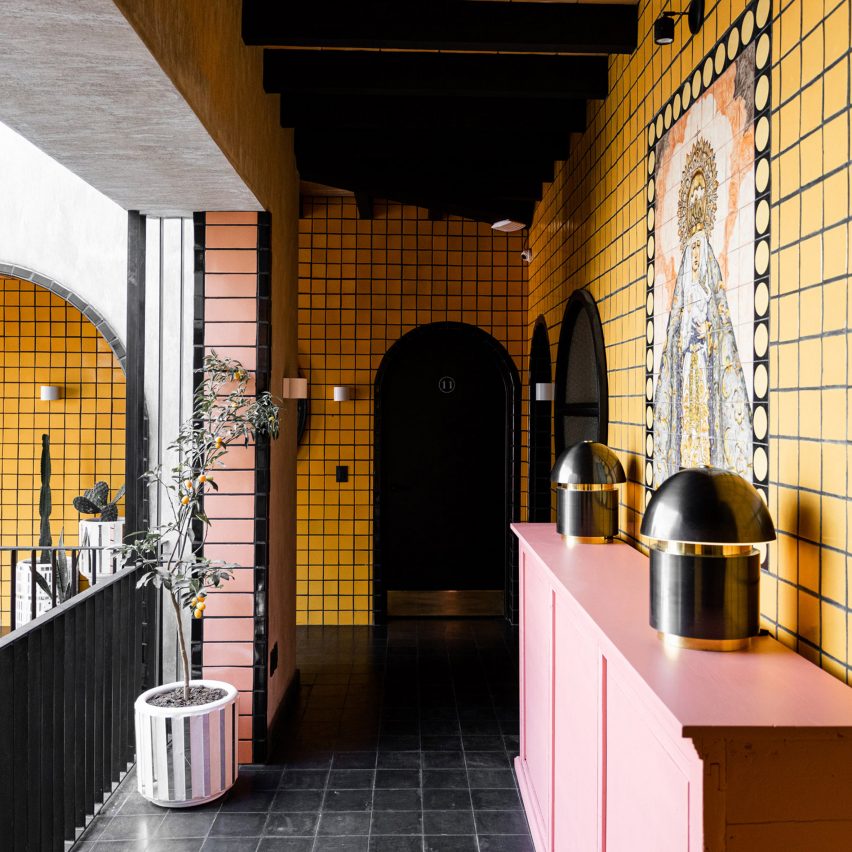 The hotel, called Casa Hoyos, occupies a former Spanish colonial manor in the city, which is home to many colourful baroque-style buildings from the mid-1700s. 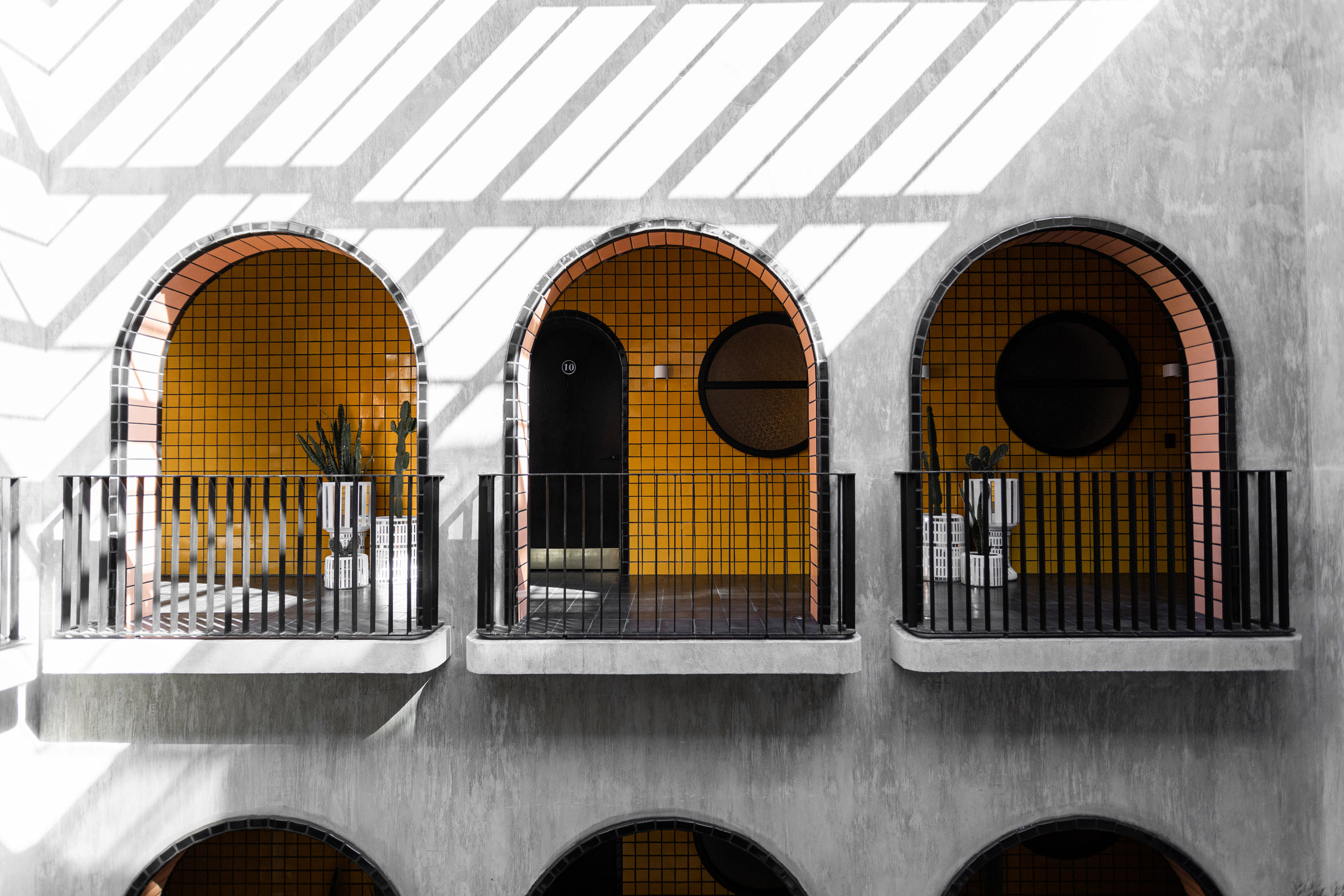 AG Studio designed the 16-suite boutique hotel for the Hoyos family, who have owned the property for four generations.

A focal point of the project is a courtyard featuring concrete walls punctured with archways lined in black- and peach-coloured tiles. The hues take cues from the symbol of the Hoyos family shield. 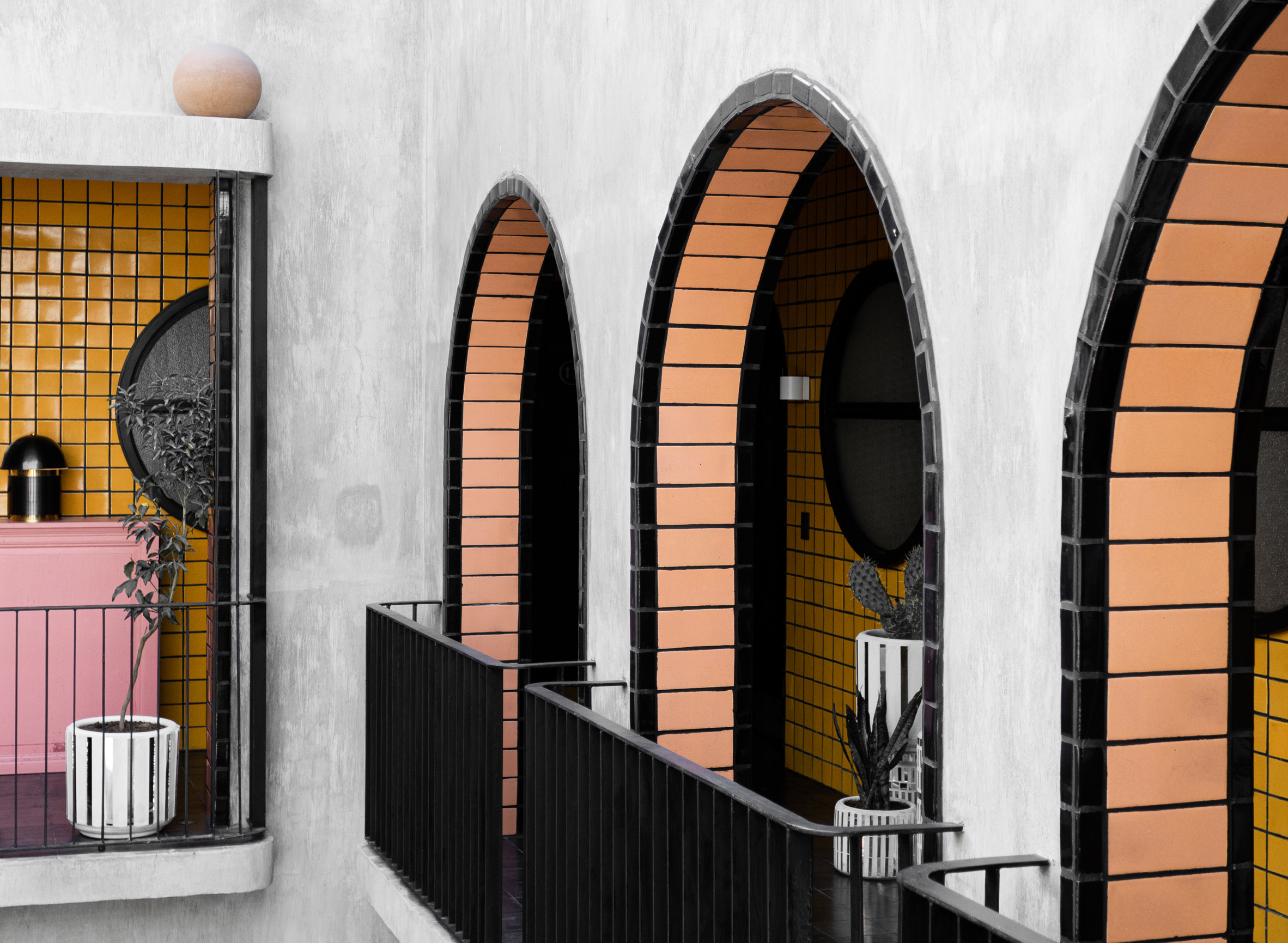 “The entire interior facade is a single piece of concrete that reminds us of Mexican modernism,” said AG Studio founder Andres Gutierrez.

“The interior part of the arches that surround the patio, also covered in clay tile, represent the belly of the snakes that make up the Hoyos family heraldic shield.” 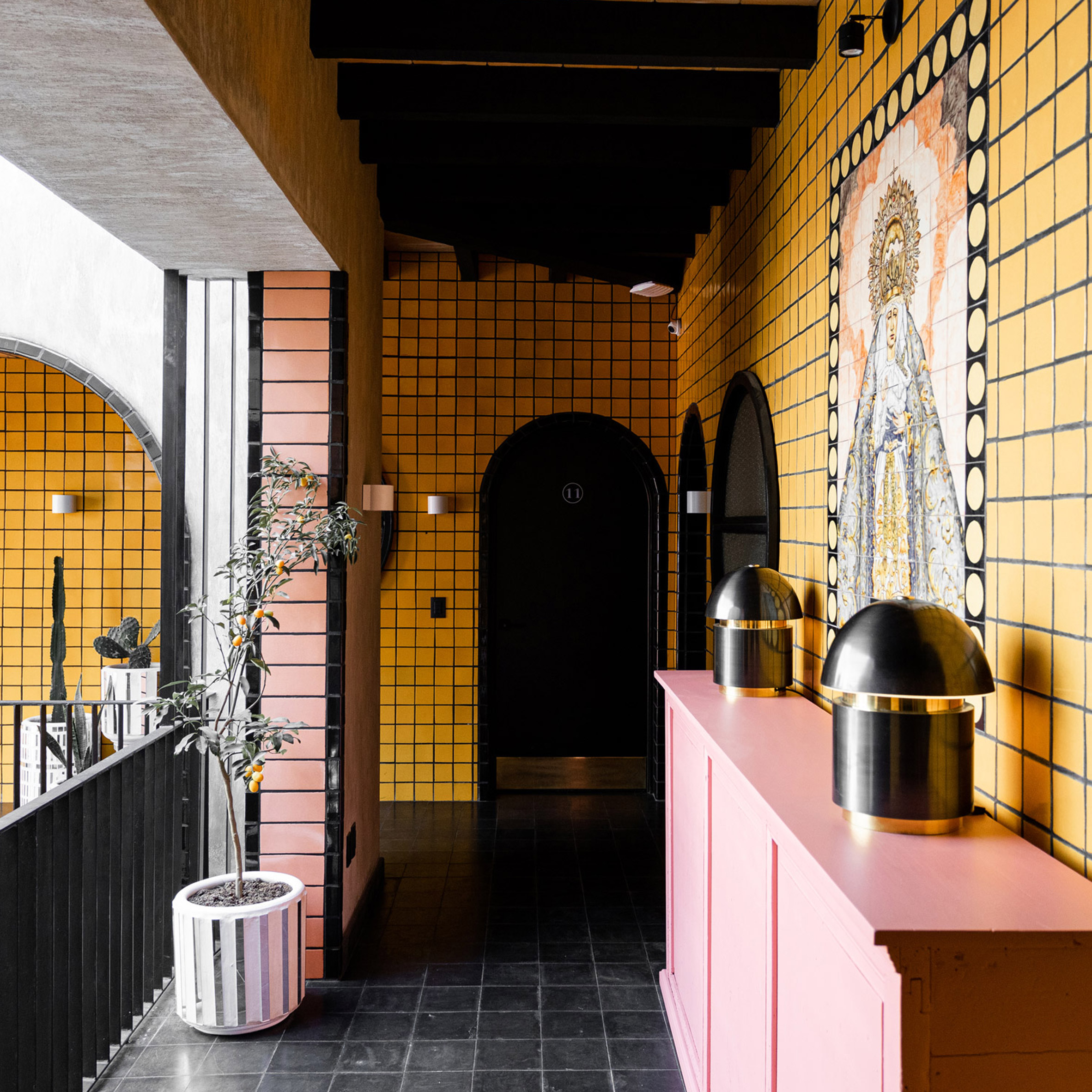 To contrast these hues, the studio has covered the outdoor hallway that wraps around the atrium in yellow tiles. It describes the effect on the walls as resembling a “large corn cob”. Dark grout is used for all of the tilework and nods to the other black accents throughout. 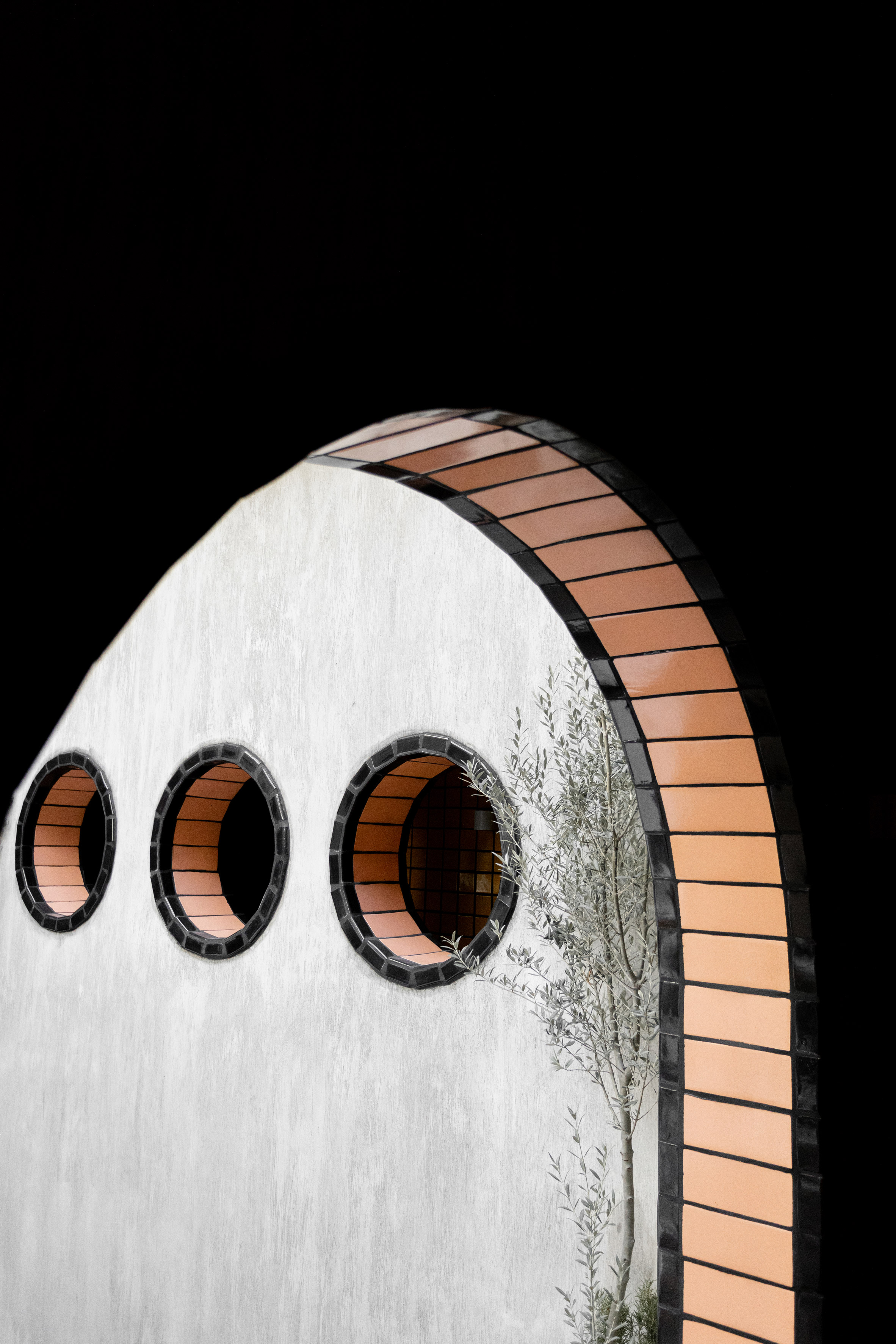 Placed on one wall of the hallway is a graphic of the Virgin of Loreto, the patron saint of San Miguel. Made with traditional Mexican ceramic glazed Talavera tiles, the virgin is placed above a pink console with black lamps, and is designed like an altar. 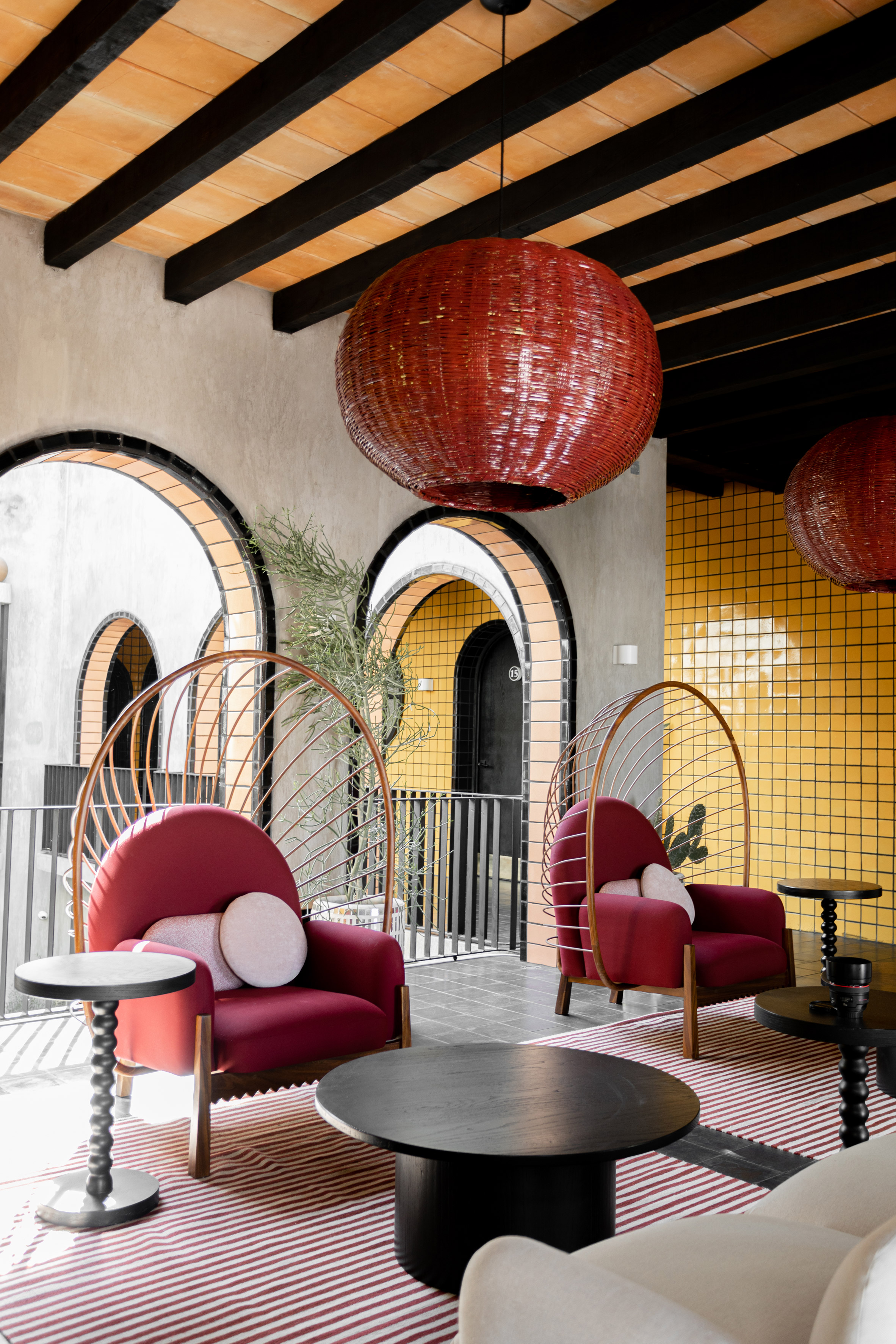 Colourful hues continue inside the hotel, where a sitting area is decorated with rounded furniture covered in red and cream textiles, as well as red woven lampshades and tapestries by artist Meli Ávila. 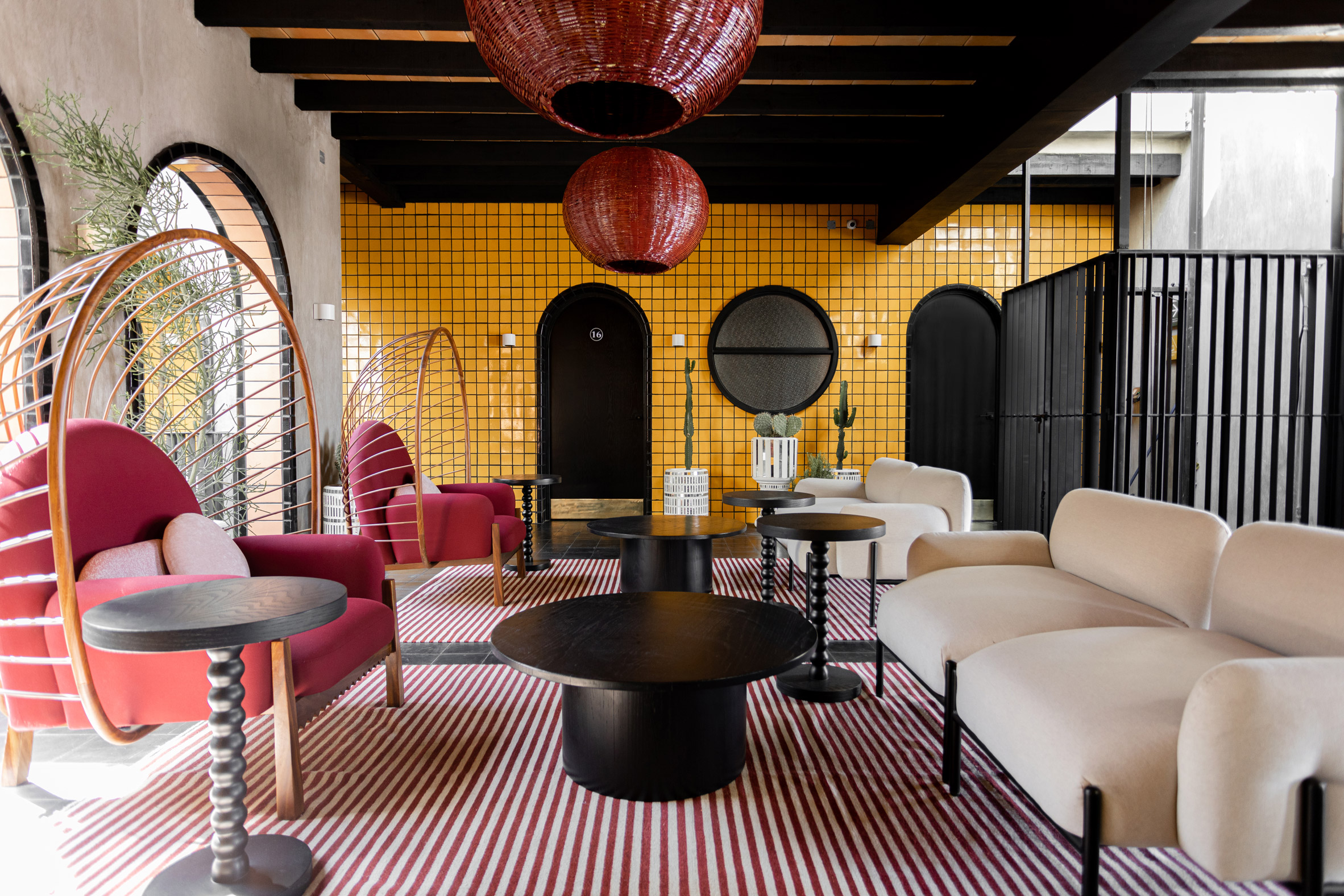 Calaca armchairs by Mexico City design studio Comité de Proyectos also feature in the lounge and are made with tropical wood from southeast Mexico.

There are also mosaic planters designed by Paloma Layseca that reference religious undertones and the building’s Spanish past. 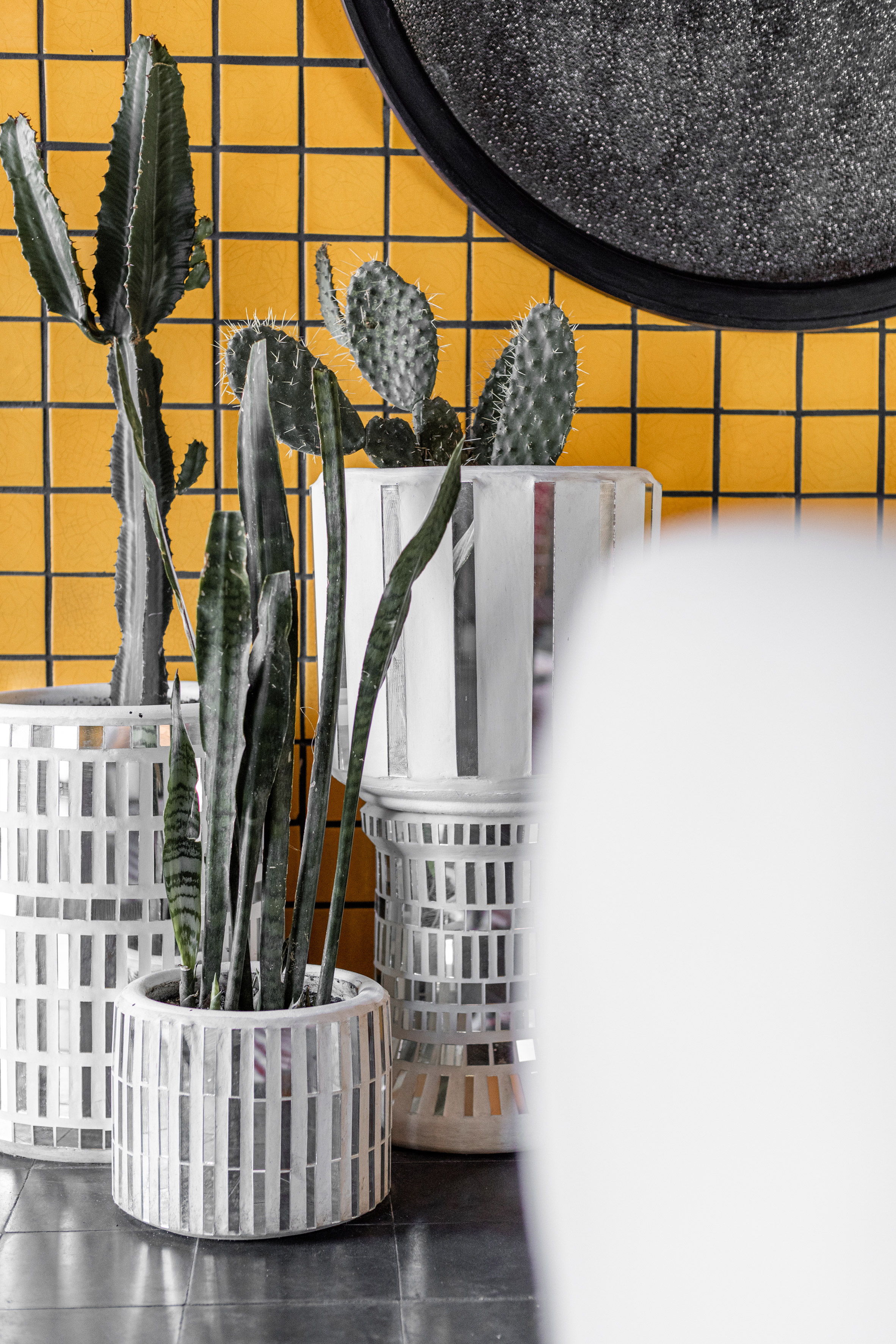 “The flowerpots made of mirror and plaster are a contemporary reinterpretation that we made of the old flowerpots that were in the house for many years,” said Gutierrez.

“These traditional Mexican flowerpots have always enchanted me; they have a Moorish tint that made a lot of sense with the eclectic aesthetic of the project.” 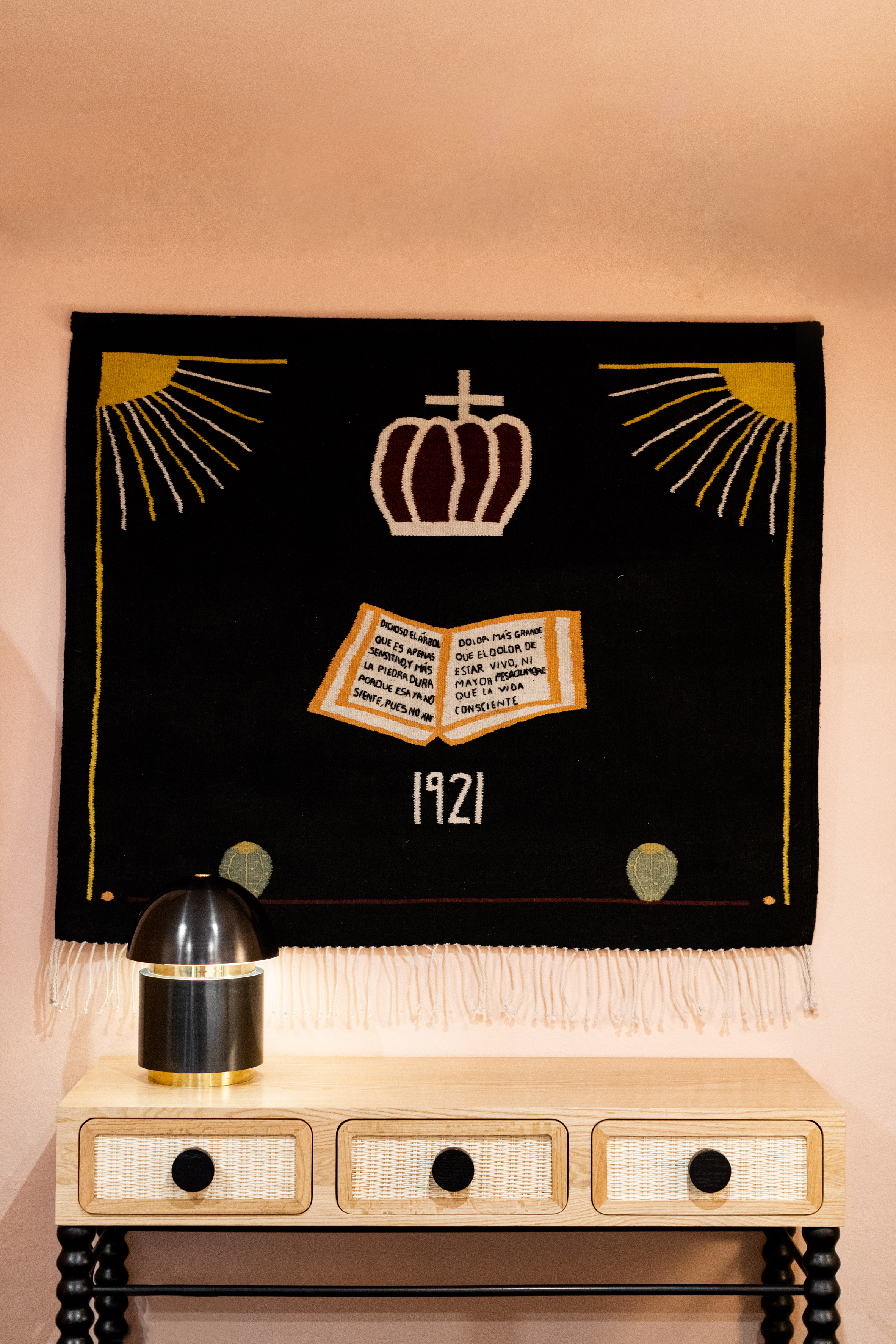 Hotel suites are decorated in the combination of pink, yellow, red and black colours. Rooms have dusty pink walls, black and rattan pieces, and furniture custom made by AG Studio. Terracotta tiles are the bathroom walls and vanity counters, while much of the hotel floors are black tiles. 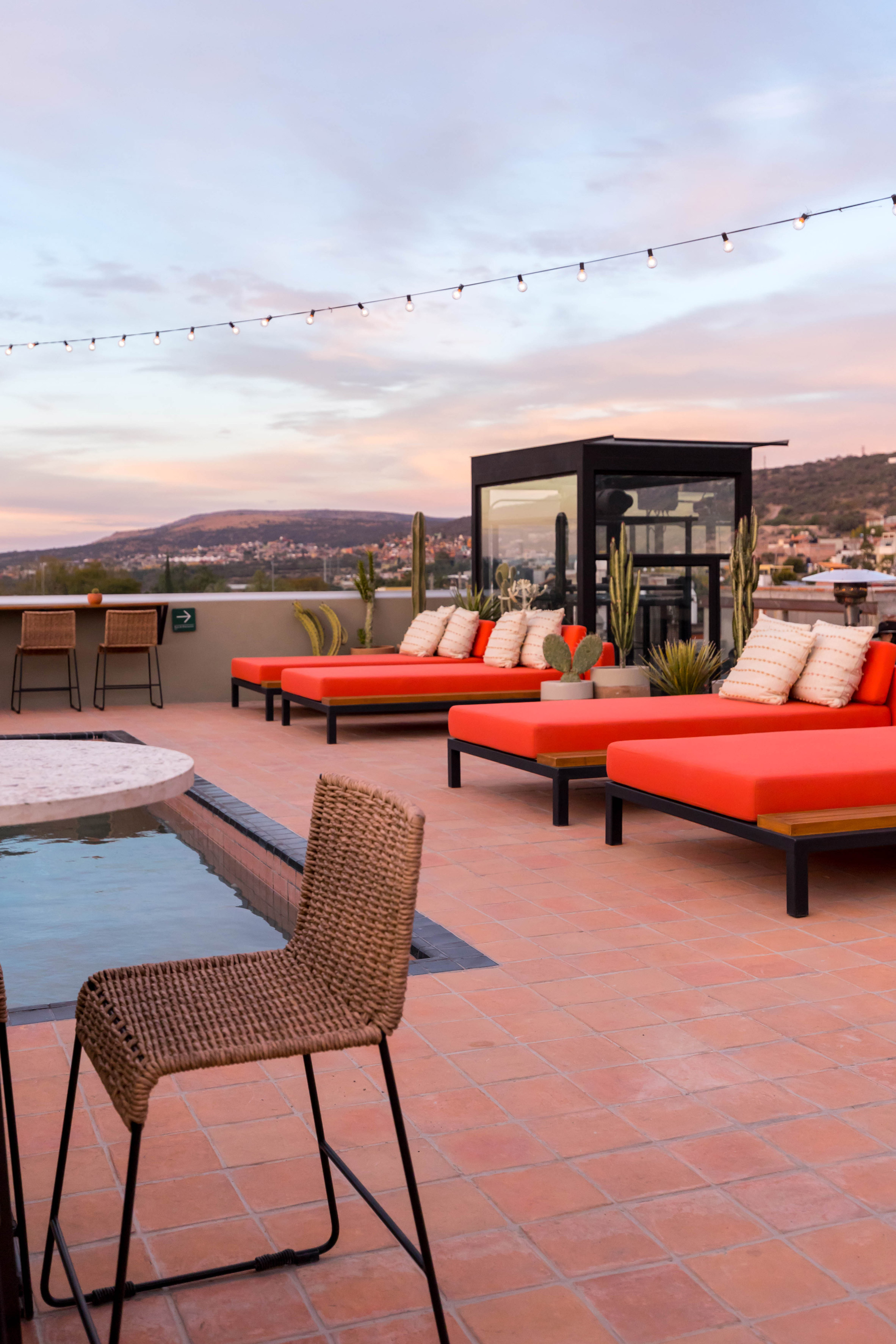 Rounding out Casa Hoyos is a rooftop bar, called Bekeb, with red chaise lounges and woven chairs for watching the sunset over the city.

San Miguel de Allende is as a UNESCO World Heritage site and is home to several residences as well, including Casa Candelaria by Cherem Arquitectos, Mezquites house and Casa La Quinta.

Photography is by Diego Padilla.