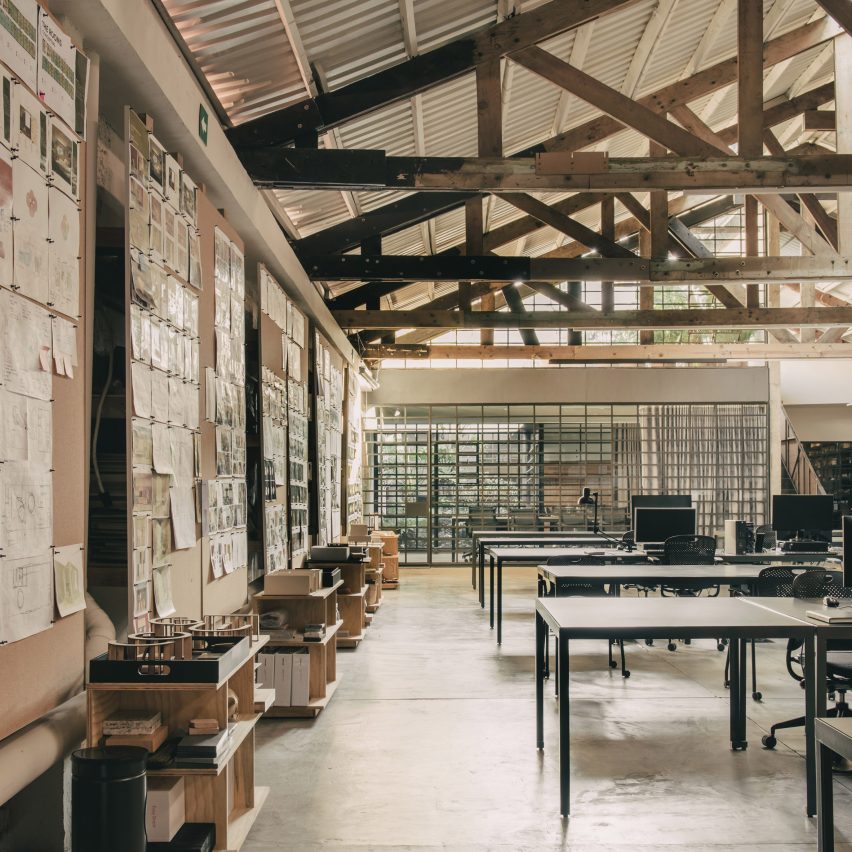 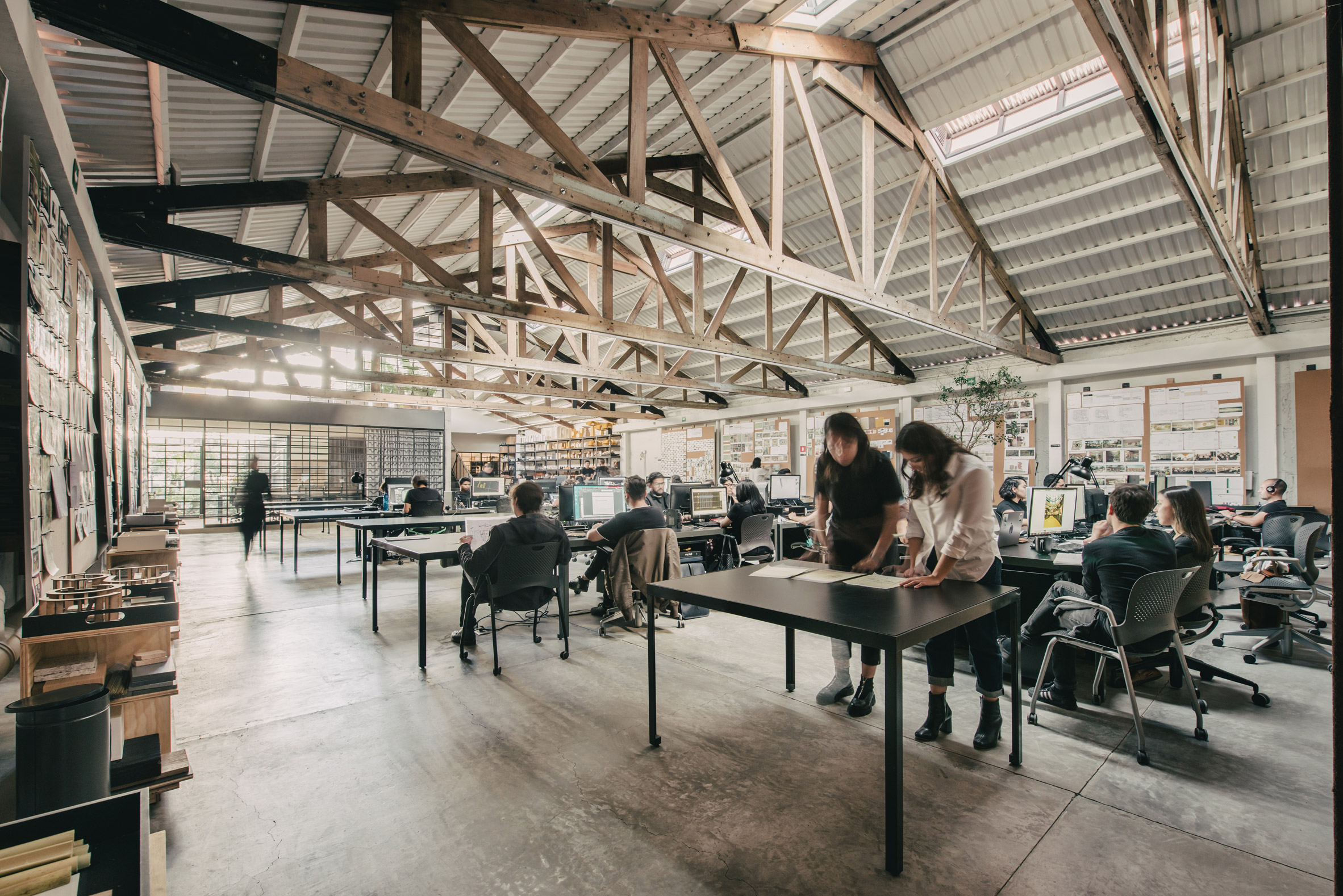 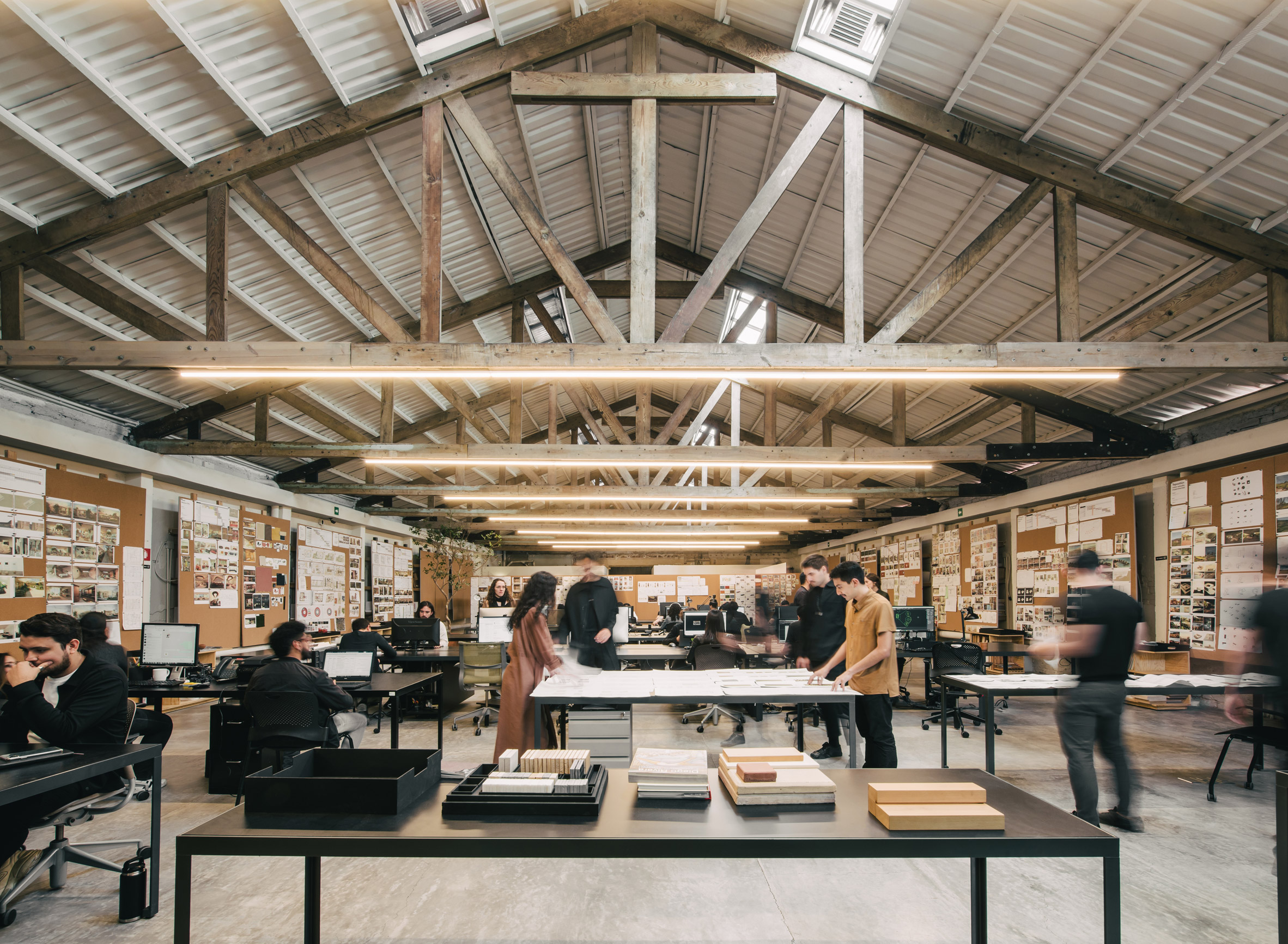 Much of the space, however, is an office for Esrawe Studio. The design studio’s renovation involved stripping back the interiors to expose the wood structure of the building that dates back to the 1950s.

The existing metal ceiling was restored and painted, and concrete beams were built to offer additional support. 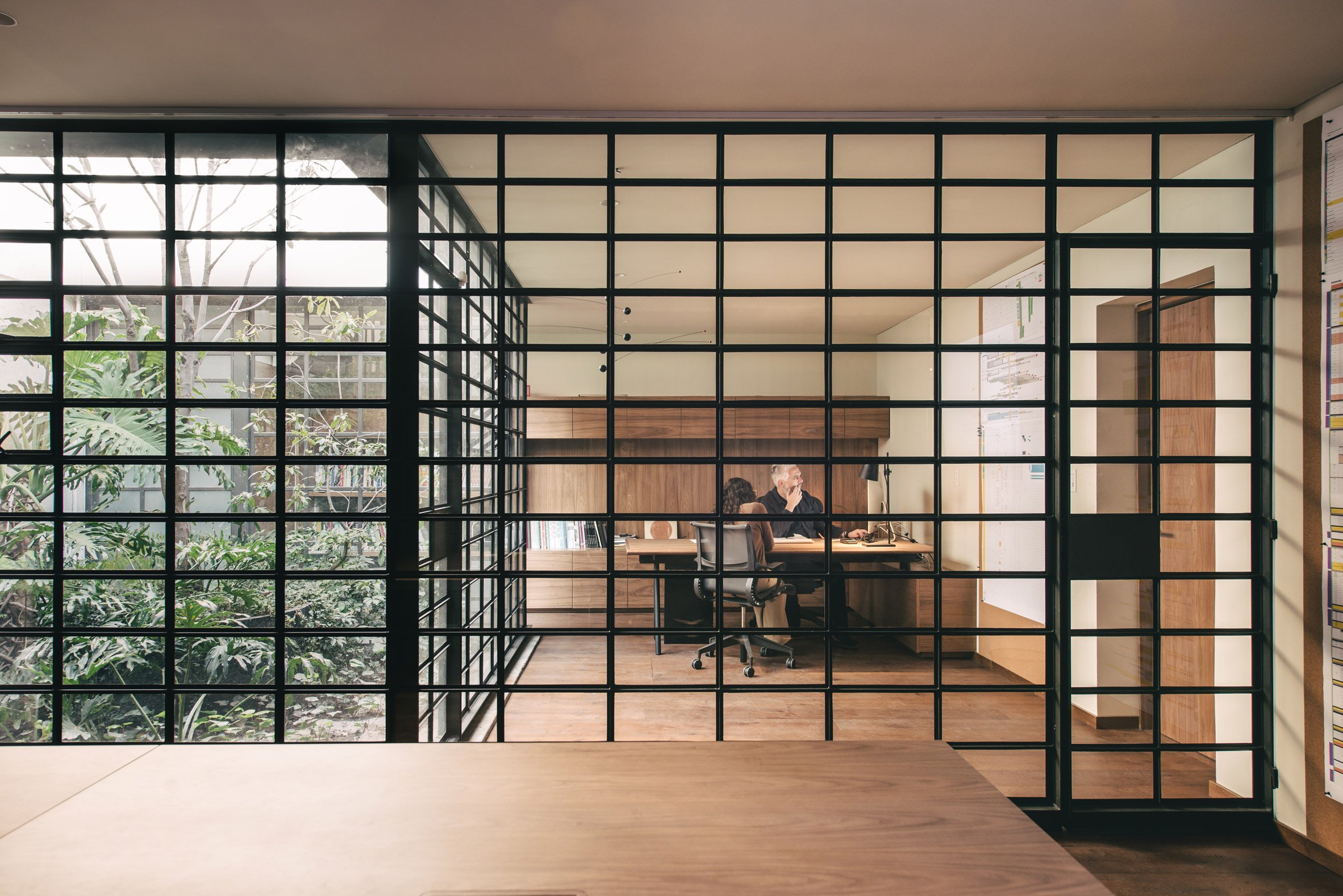 The studio covered the floors in concrete and painted the perimeter walls white inside for a clean and minimal style.

“The honest industrial aesthetic proved to be ideal for a creative atmosphere,” Esrawe Studio said.

The studio also added an outdoor area within the ground floor with lush plantings, and then replicated it on the floor above. Glass walls with a gridded design enclosed the area and allow natural light to penetrate into the building. 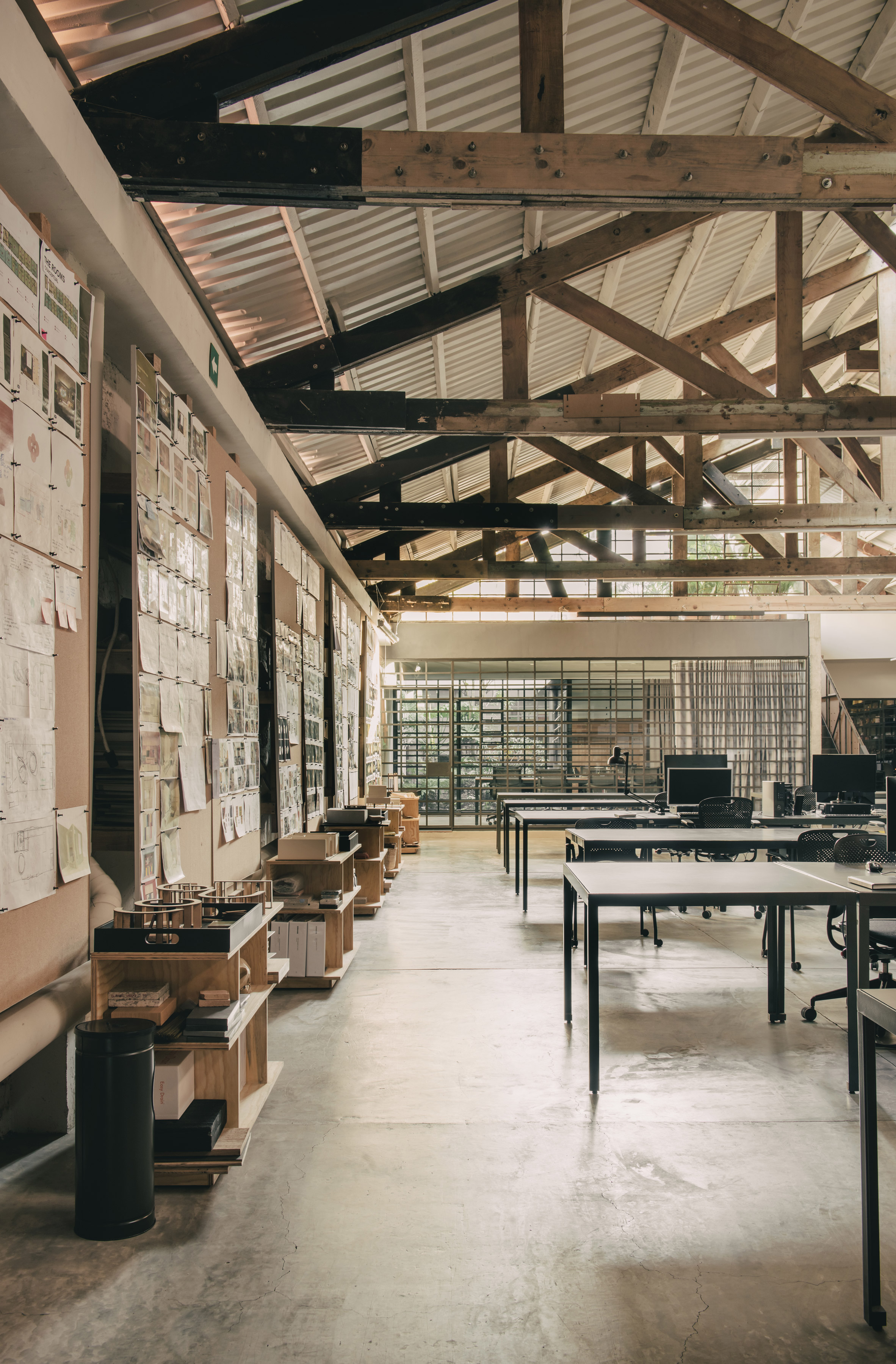 Several walls were inserted to create private offices and conference rooms, while a large bookshelf acts as a room divider within the building to separate Esrawe Studio’s office from the showroom.

Skylights were also added to bring in natural light because the office has no windows. 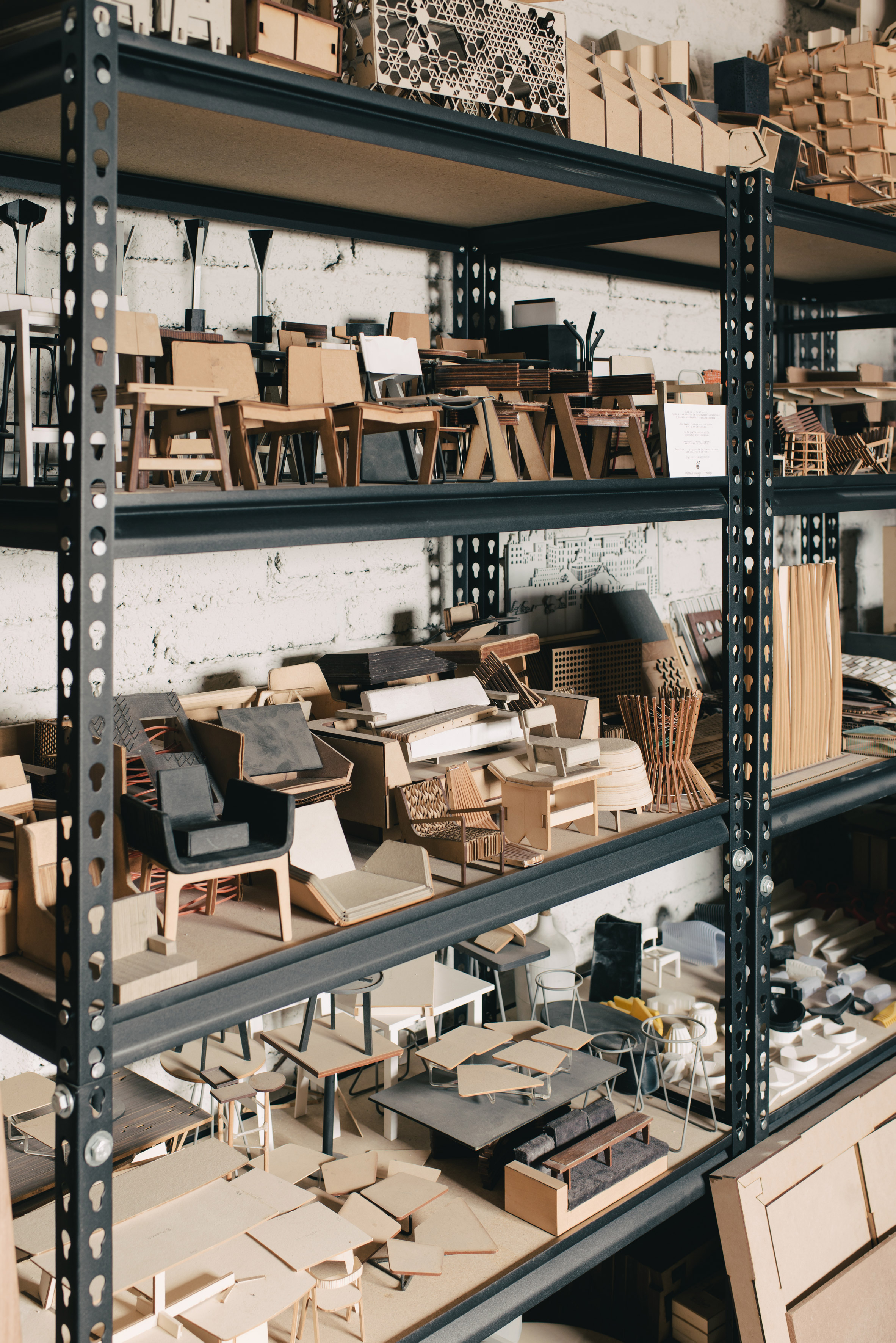 The office is open plan and filled with large, black desks accommodate various workplaces for architects, designers, engineers and other staff.

They include desktop computers, along with space for model making, a 3D printer and a laser cutting machine. 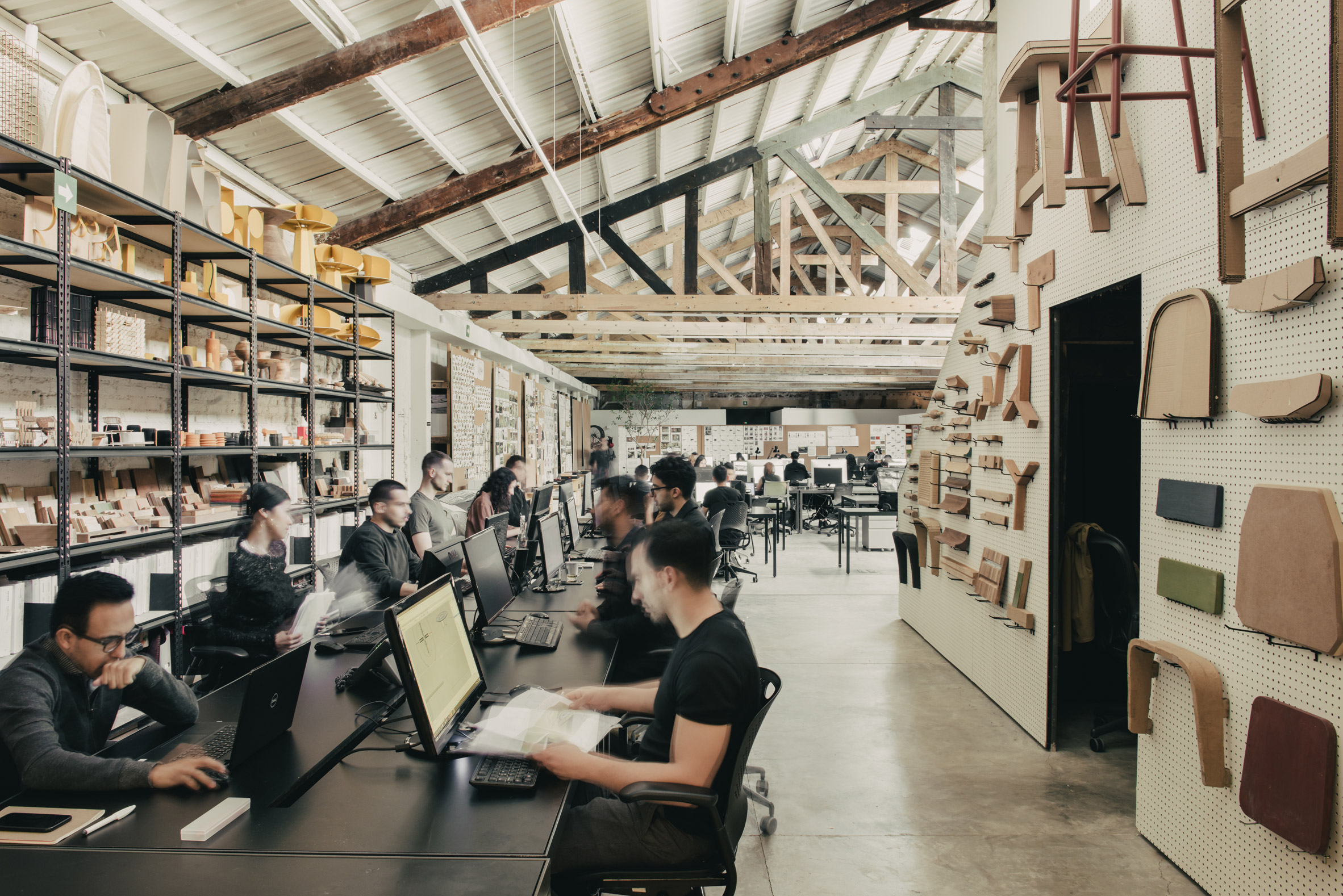 Corkboards cover the perimeter walls to display projects in progress and help absorb sound. Shelves showcase models and designs, including furniture concepts,  and materials tests like samples of woods, metals and stones.

“This allows us to build an archive of our past projects, our processes, our mockups and in the end, the memory and knowledge built along the years,” the studio said. 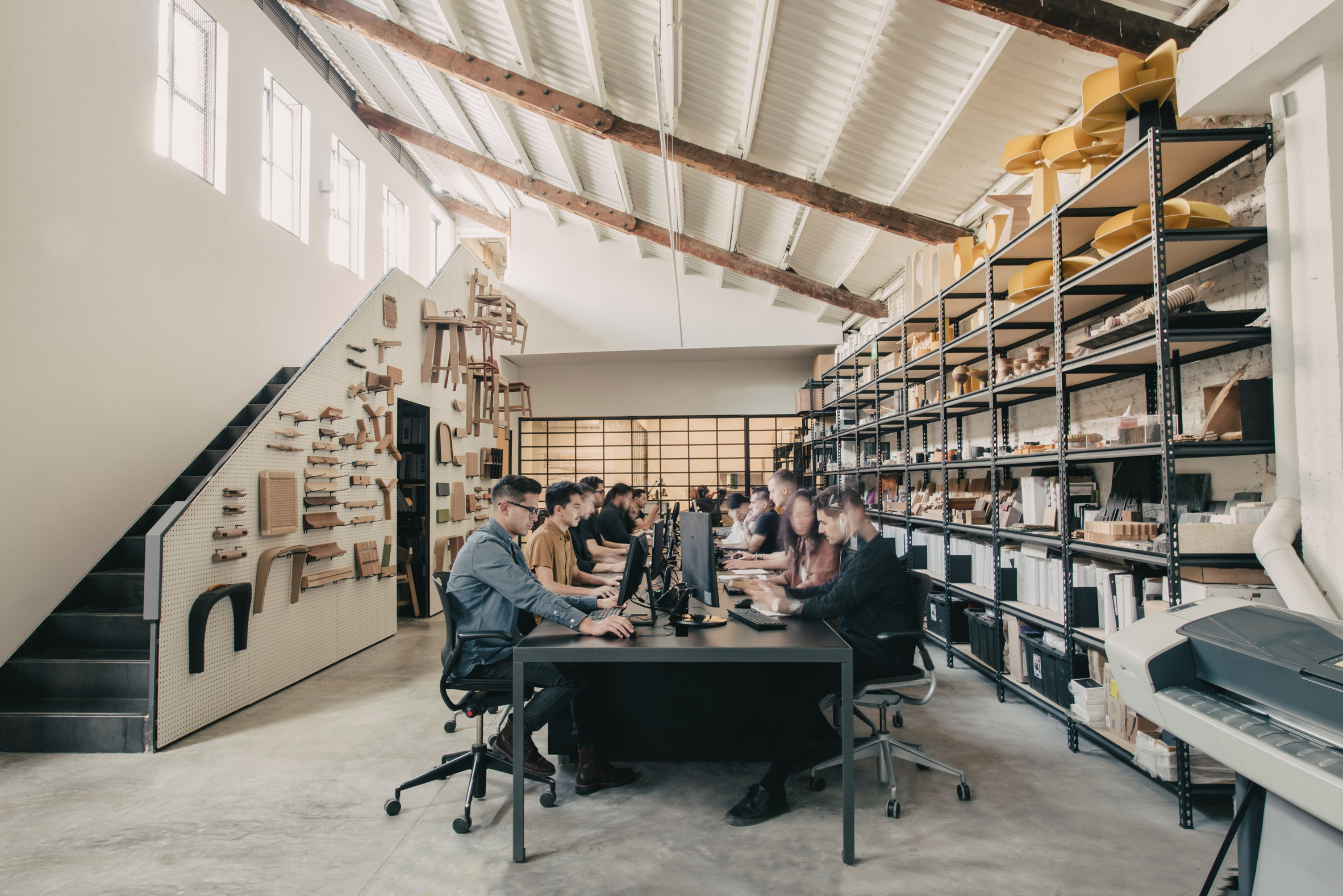 Esrawe Studio’s office is complete with a kitchen and dining area on the first floor, along with a rooftop terrace.

Hector Esrawe is one of Mexico’s most well-known designers. He was born in Mexico City in 1968 and studied industrial design at the Universidad Iberoamericana (UIA), before founding his eponymous studio in 2003. He co-founded EWE Studio in 2017. 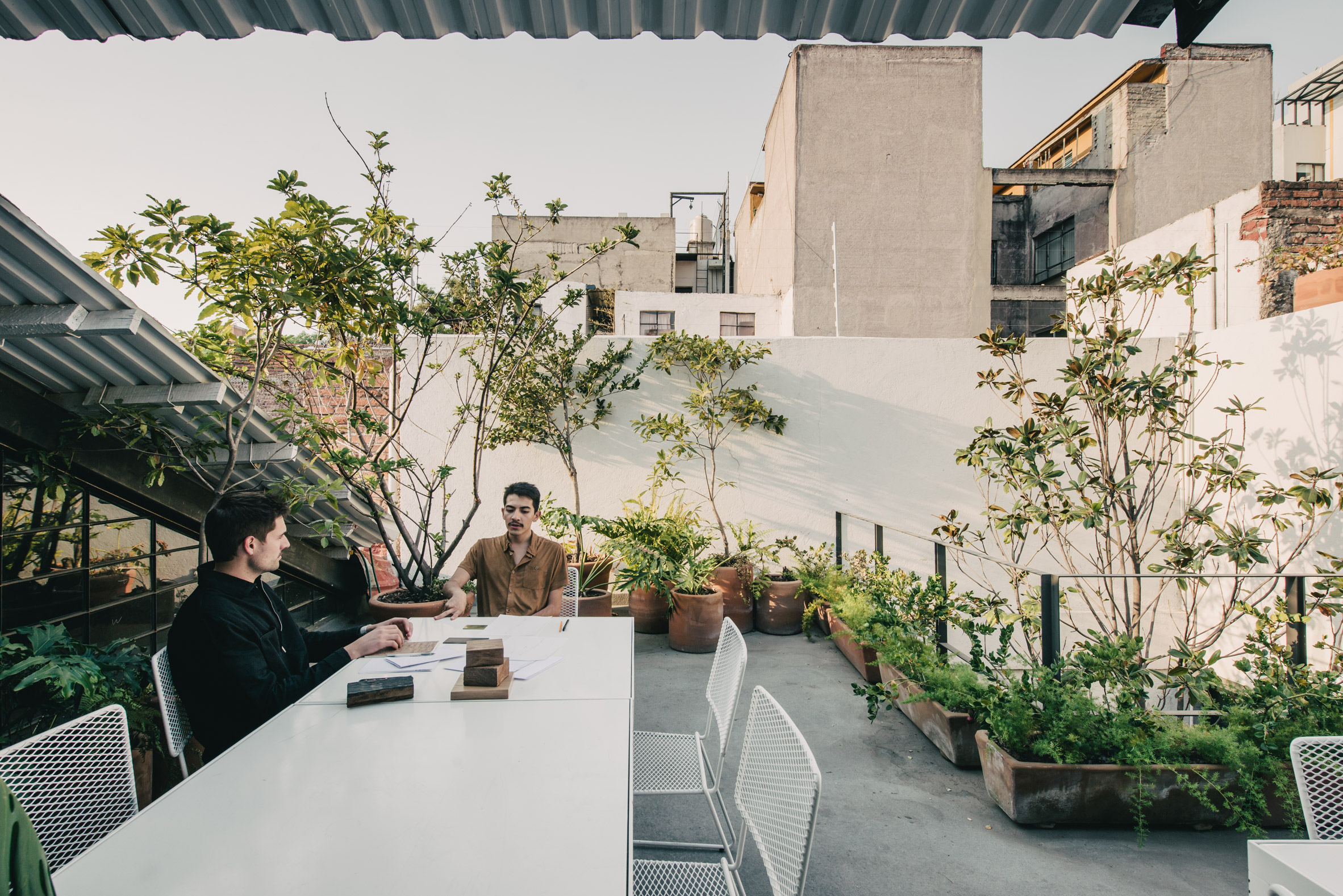 Photography is by Genevieve Lutkin.