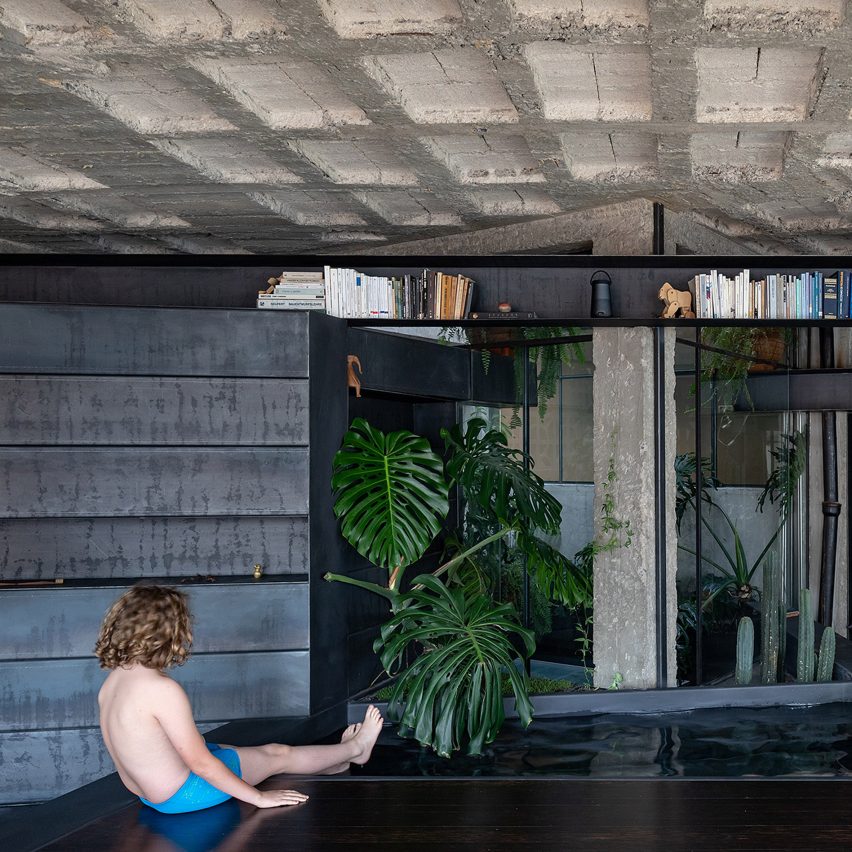 Concrete columns draped in greenery, steel beams filled with books and a small pool feature in this apartment in Quito, Ecuador that local architect Aquiles Jarrín has overhauled for a family of three and their dog.

Jarrín designed the project, called A Forest House, for an apartment located in a 1970s building in the city’s historic centre. 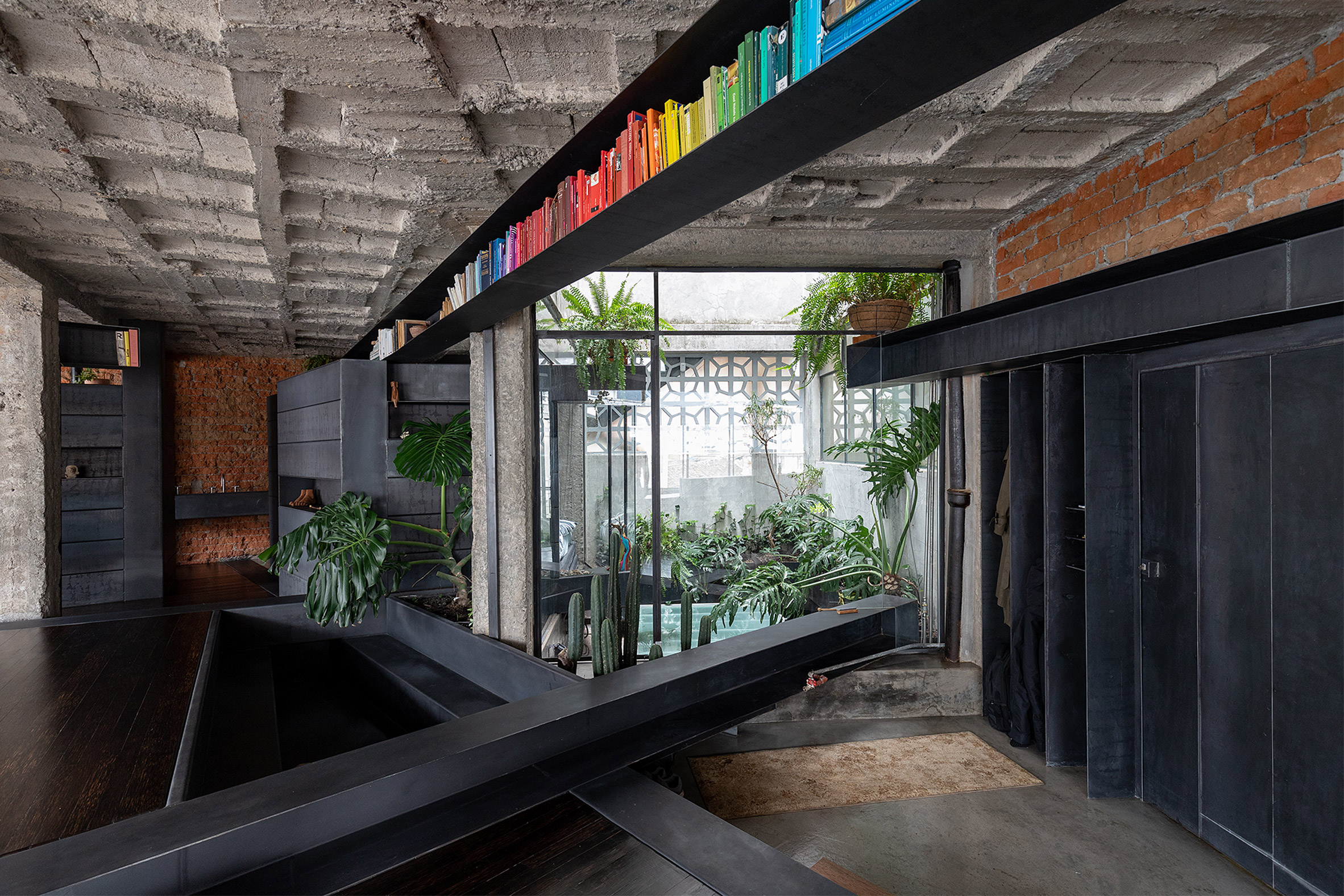 Following a request from the couple’s son who said he “wanted to feel part of the house at all times”, he first demolished all partitioning walls in the residence.

He then stripped out finishes, like plaster and paint, revealing the existing rough ceilings, brick walls and concrete columns. The latter formed a defining part of the project development, leading Jarrín to come up with the concept for A Forest House. 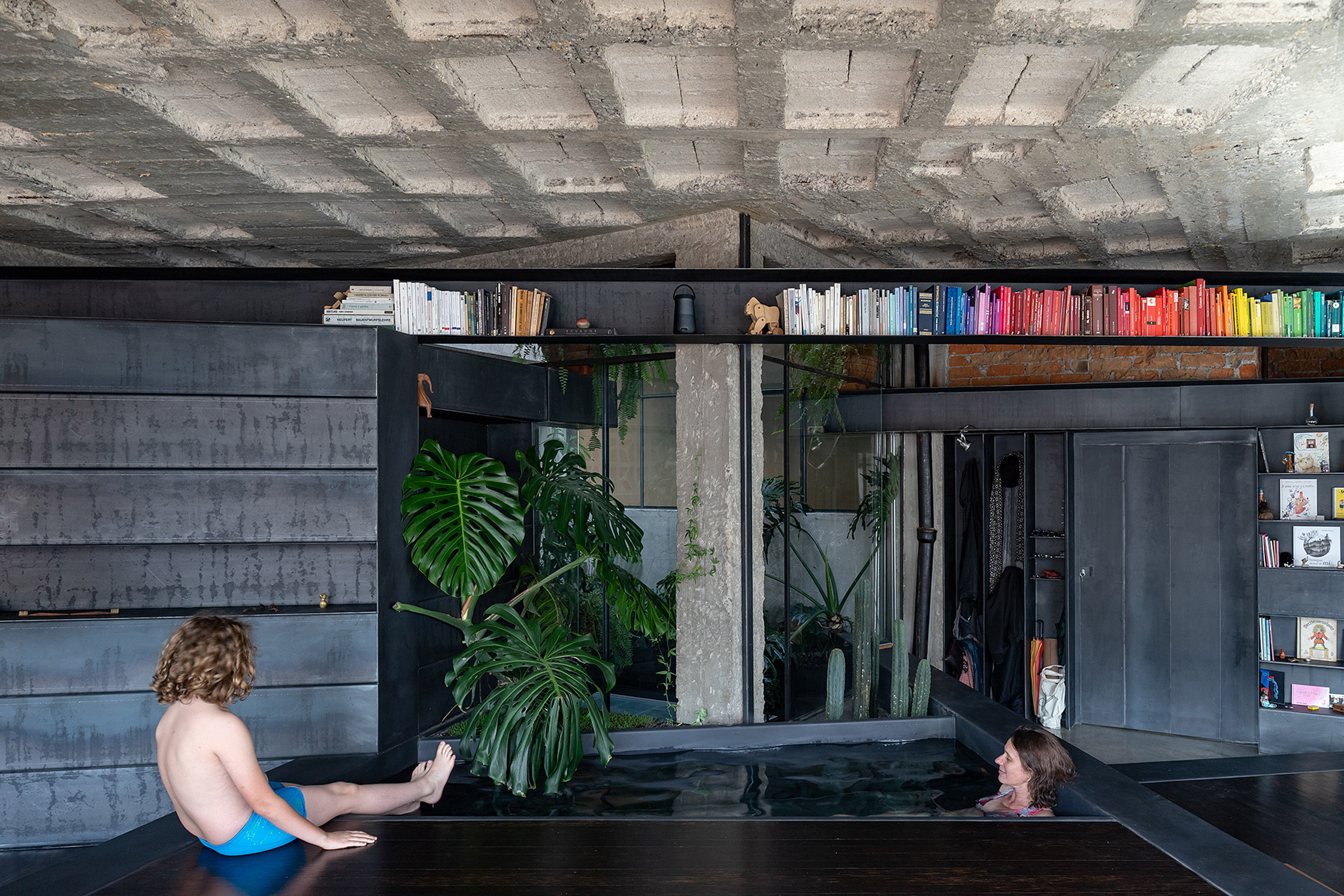 “The solution came about by introducing a more poetic dimension to the project: we stopped calling the columns as such, to start calling them tree trunks,” Jarrín said.

“This gesture of metaphorising the space was defining for the entire design and understanding of the project, and thus, the idea arose that we were not in a domesticated space, as an apartment with the initially described characteristics, but were entering a wilder world, ‘a forest’.” 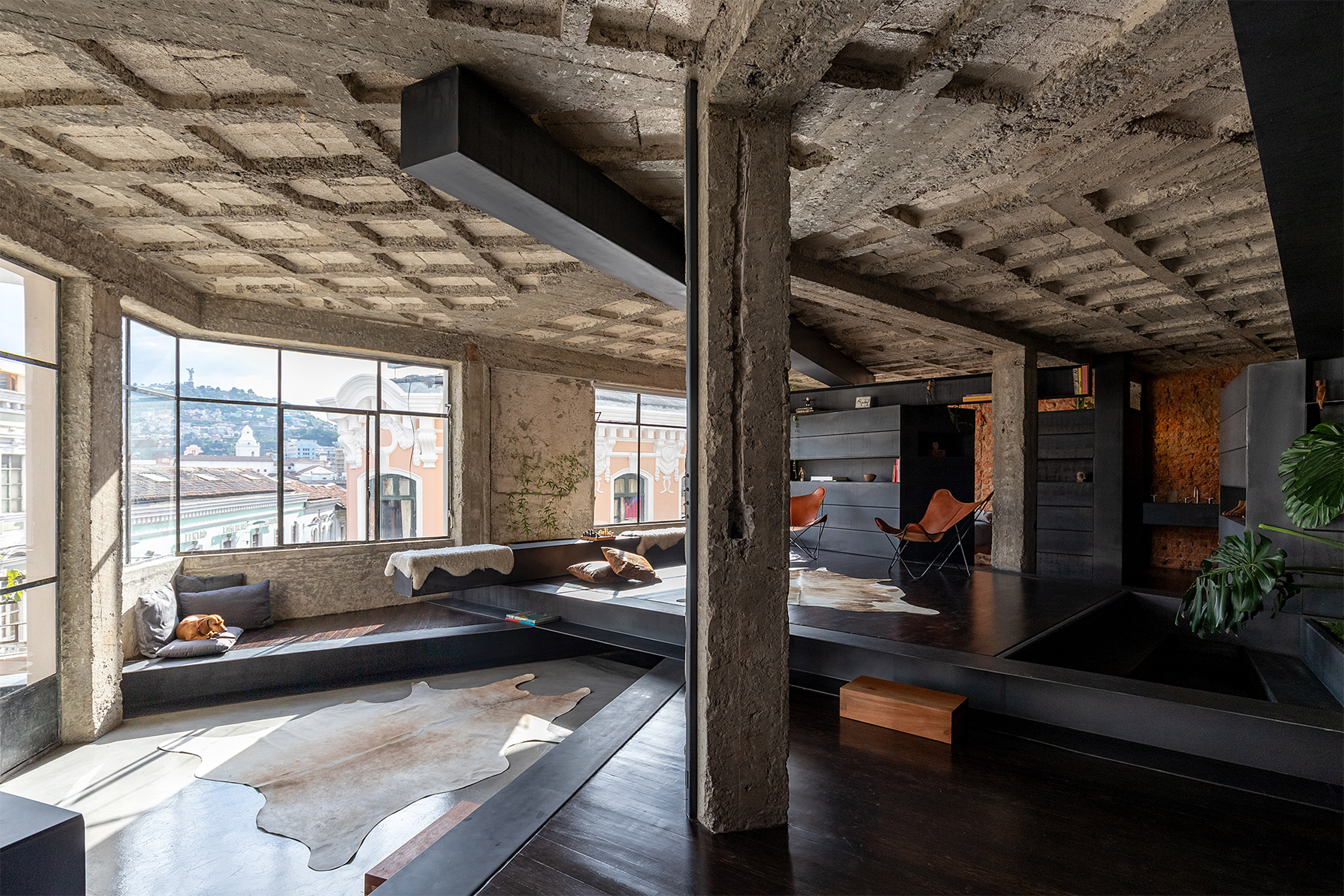 Jarrín added a series of black-metal interventions, including floor beams that change levels to different areas, and ceiling beams that act as bookshelves and planters and cabinets.

“Metal was the most suitable material for this project because its characteristics allowed a more versatile use; the pieces could be structural and part of the furniture at the same time,” the architect said, adding that most were created on site.

“The apartment became a workshop, where all the elements of the project were manufactured.” 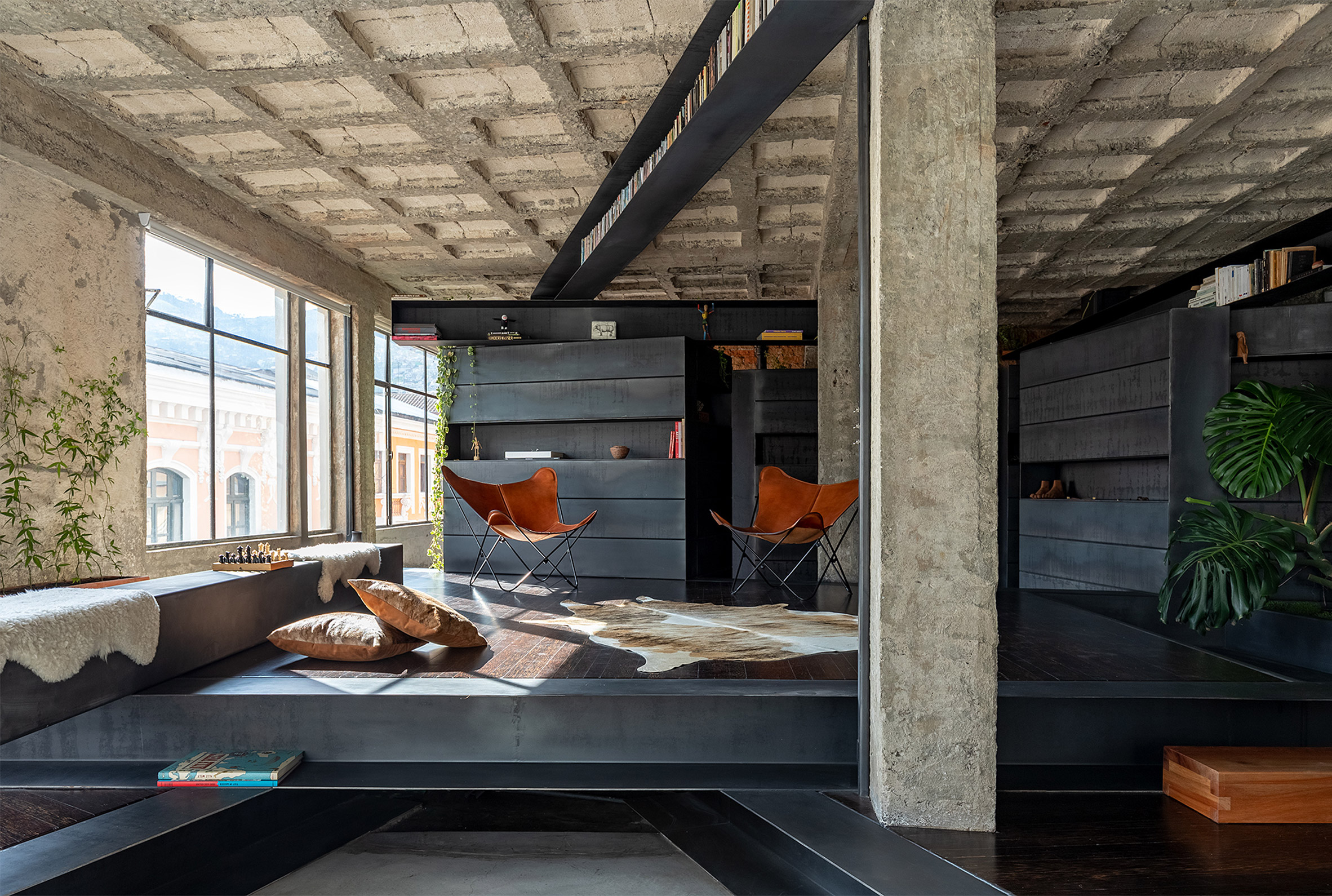 The different floors are covered in dark chonta wood from South America, chosen to match the hues of the black steel.

One of the gaps between the crisscrossing beams forms a pool in the middle of the lounge. It abuts a patio that is filled with green and wrapped by glazed walls. 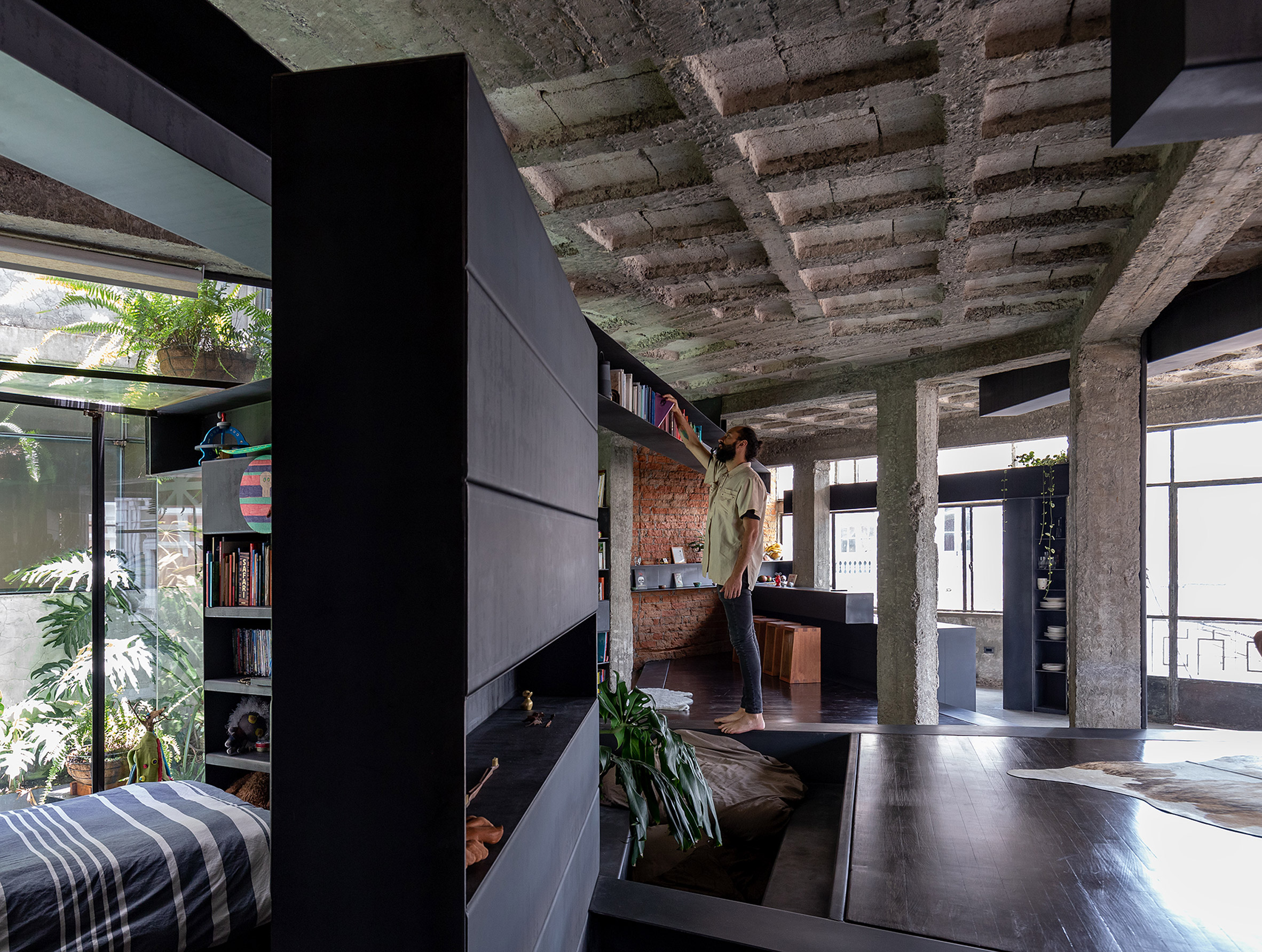 The changing floor levels are used to frame a lounge on the lowest level with views to the surrounding city. The kitchen occupies a level one step up and features a black metal island accompanied by wooden tucked into the angular corner.

At the rear of the apartment, large cabinets act as dividers to two bedrooms and two bathrooms. 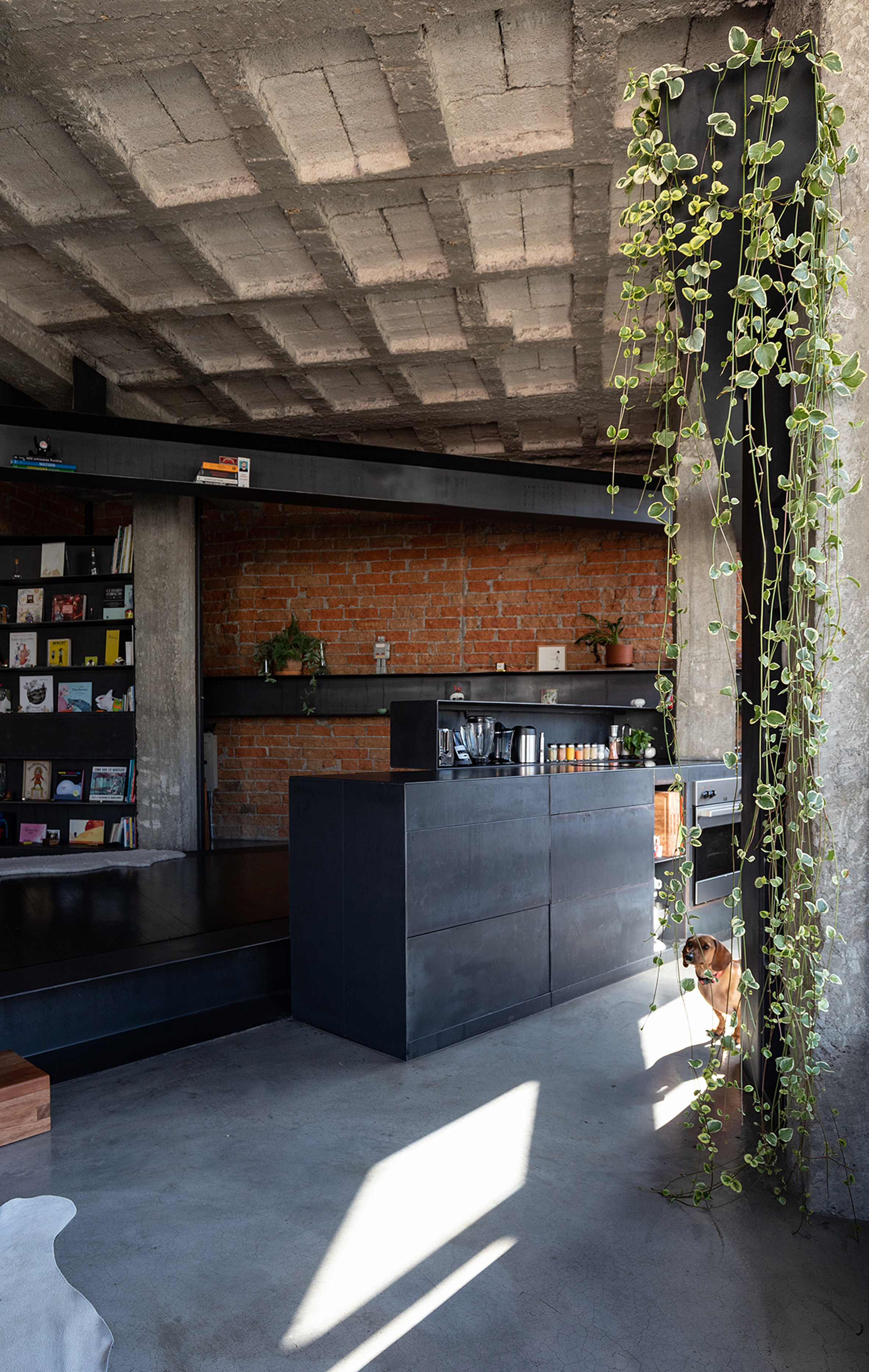 Additional privacy can also be provided by curtains that attach on to the beams via magnets.

“There are no doors, but curtains with magnets that visually close the spaces, inviting new logics of respect and intimacy among the inhabitants of the forest,” he said. 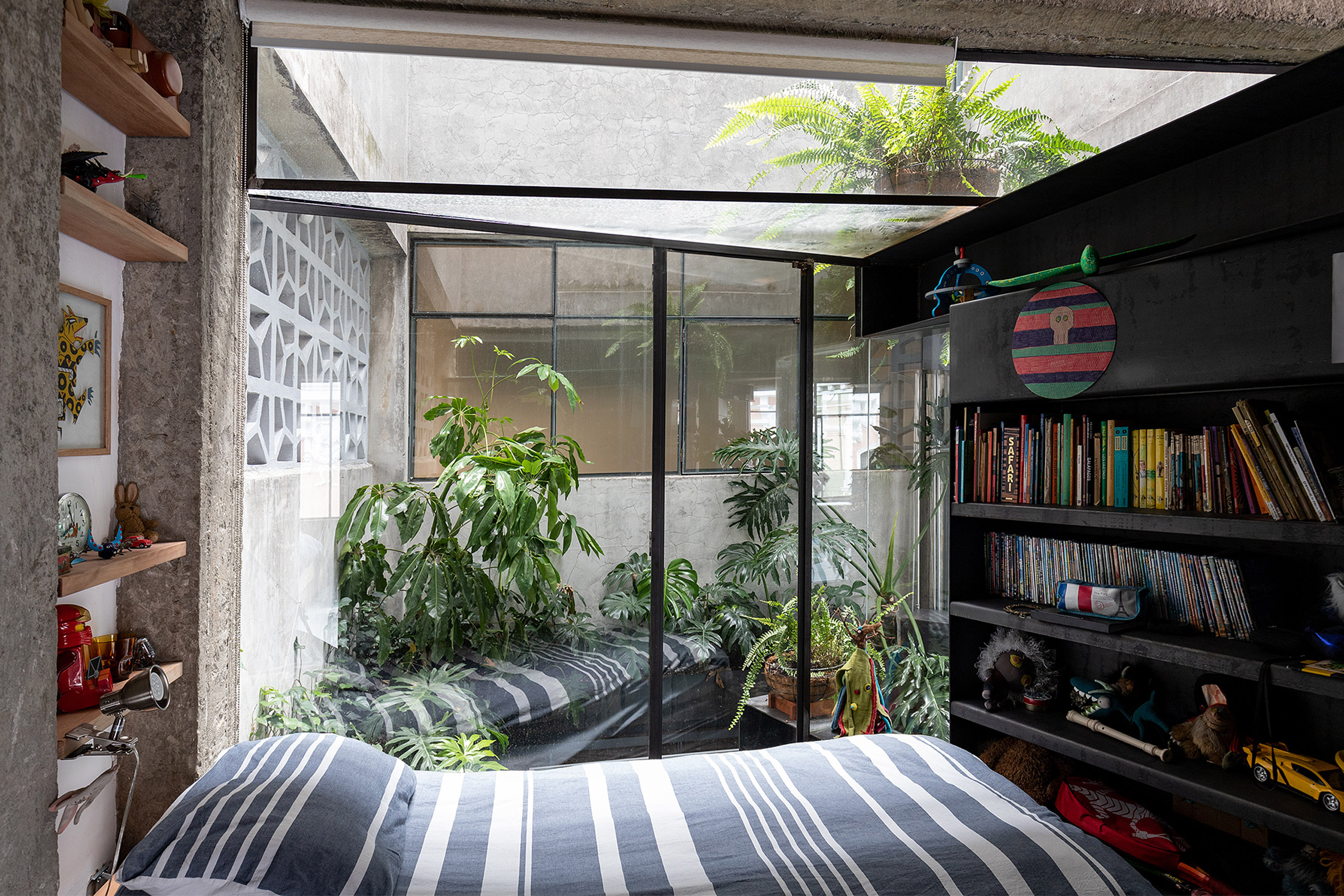 Other projects recently completed in the Ecuadorian capital city include a house architect Felipe Escudero designed for himself. The residence includes a black kitchen and space for him to make rap music.

Photography is by JAG studio.

The post Quito apartment A Forest House has a mini indoor pool appeared first on Dezeen.