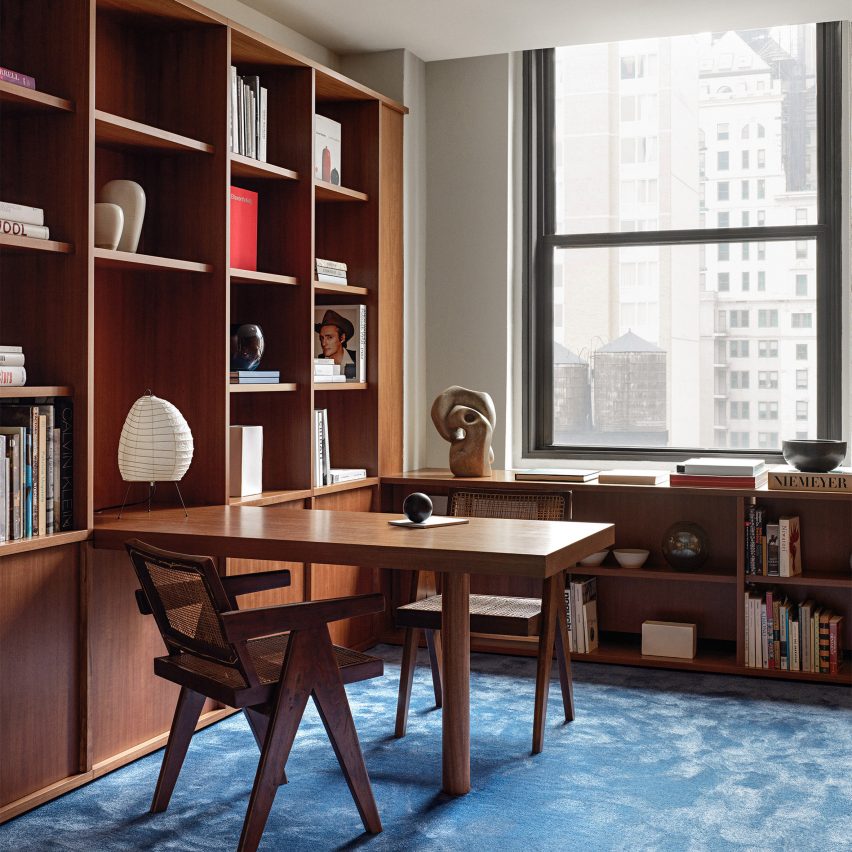 Located in Manhattan’s Garment District, the office is for a company in the creative industry that has almost all of the floors in the 17th-storey building. 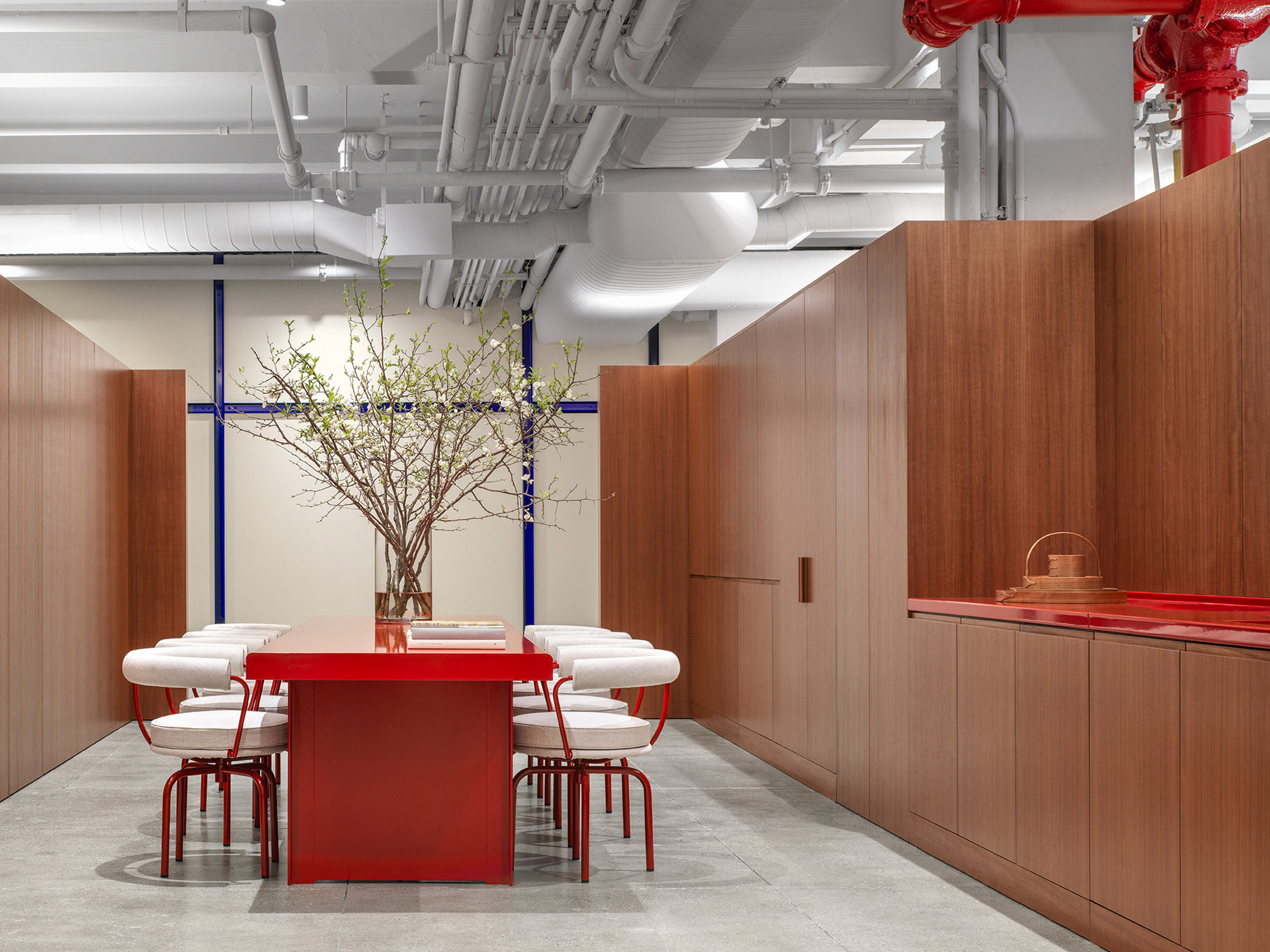 Halleroed, led by Swedish designer Christian Halleröd, was tasked with designing a level for the executives of the company on the 16th floor.

Measuring approximately 1600 square metres, the project includes a reception, private offices, a board room and a communal area. 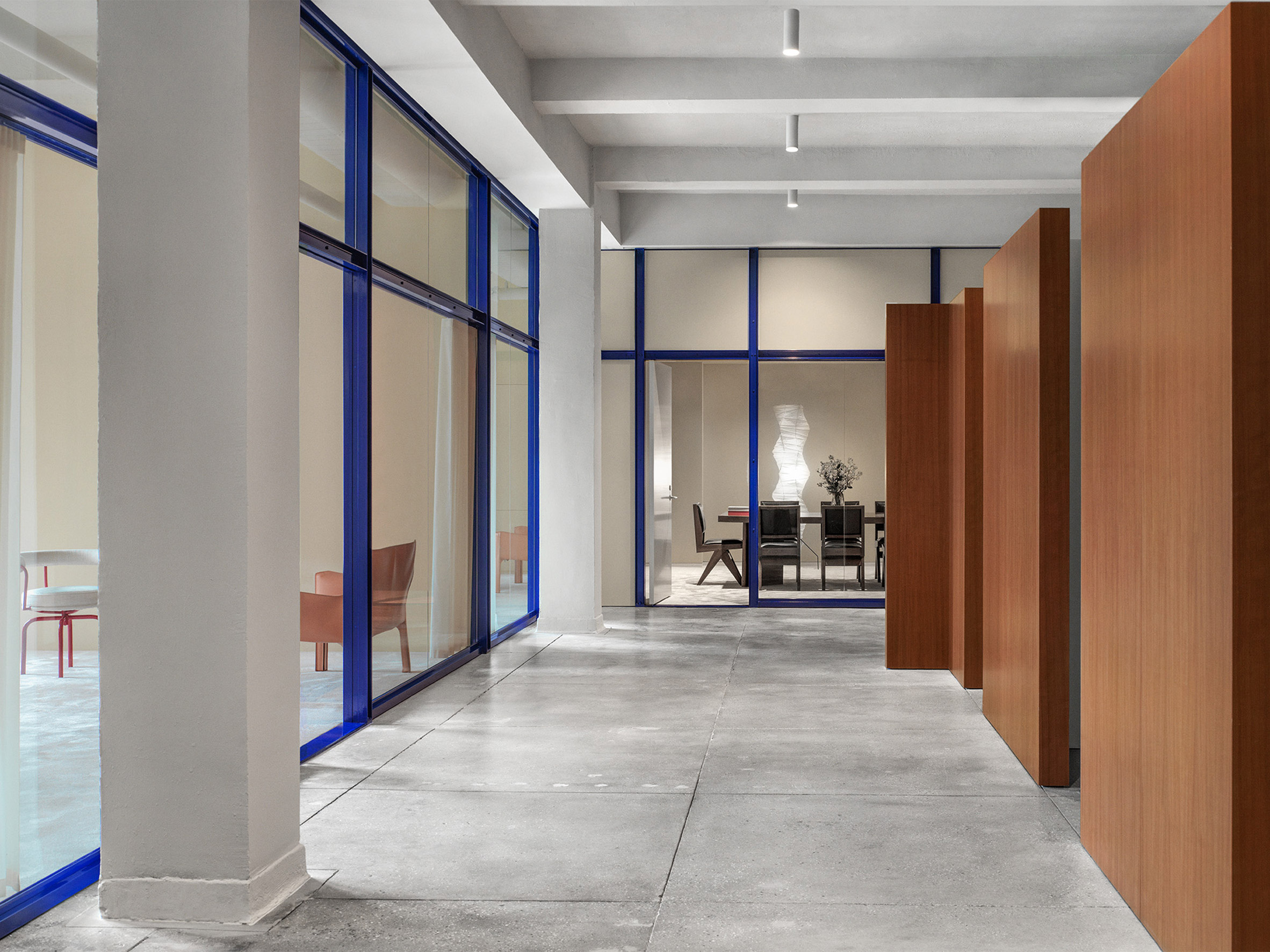 Cladding much of the walls are panels with a veneer of Makore wood native to central and western Africa, while floors are either concrete or carpet in either blue or cream. 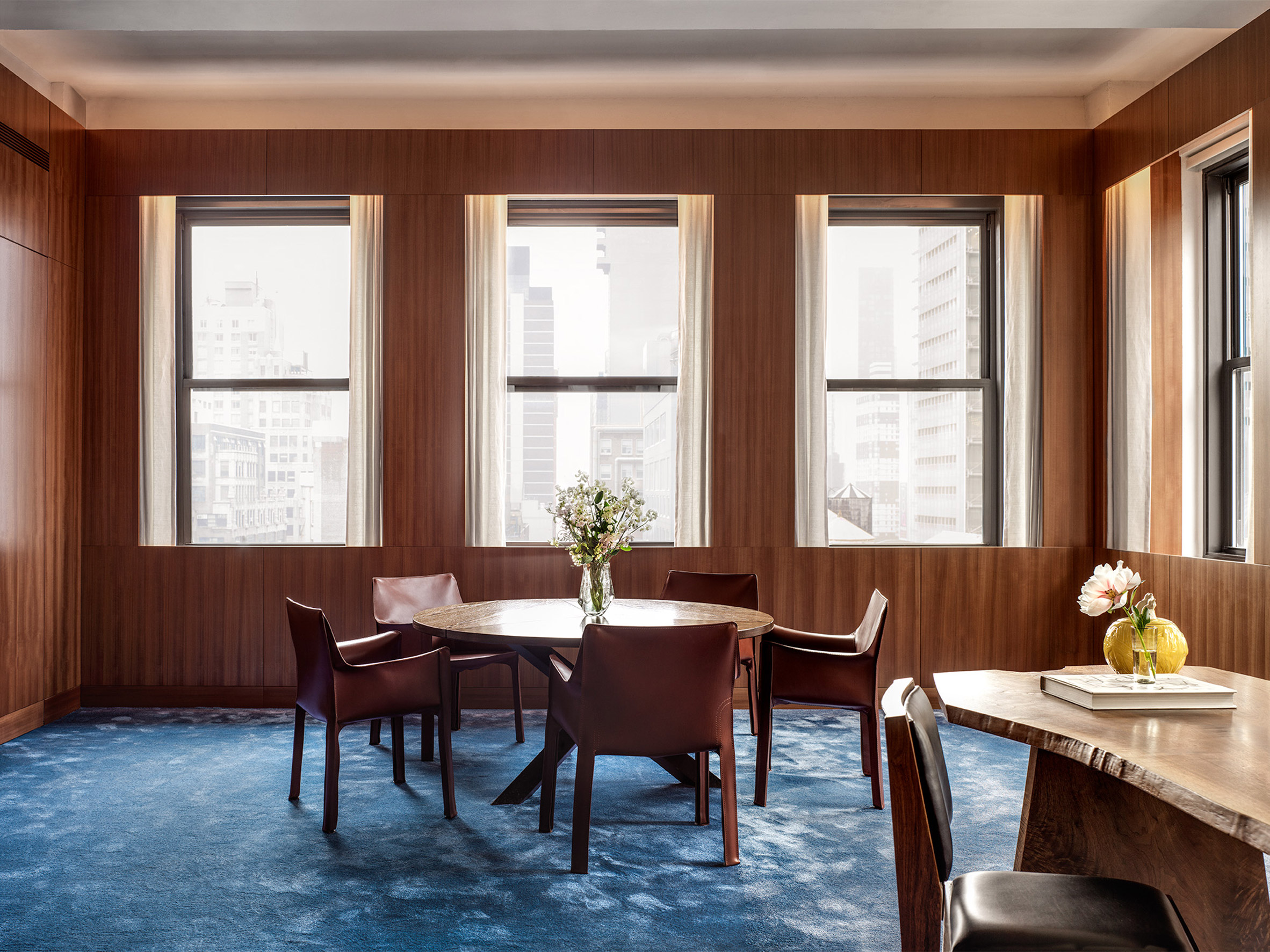 An executive office has been designed in a corner of the floor, with wooden panelling that frames six windows and cream curtains placed behind the panels.

The design is modelled on movies by American filmmaker David Lynch, Halleroed said, whose powerful compositions are almost surreal. 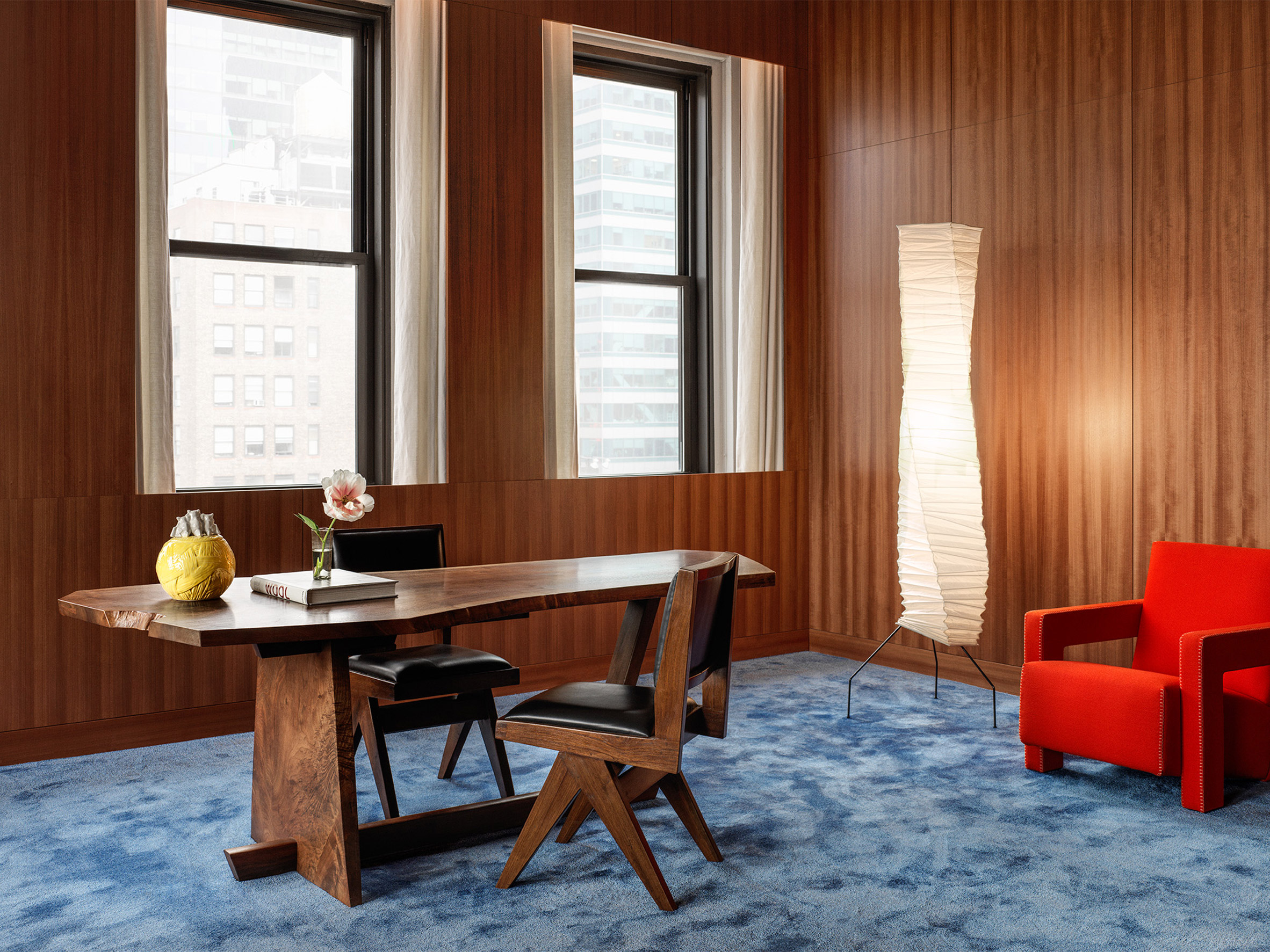 The office is complete with a private bathroom with a blue, enamelled sink and marble floors with brown and white tones.

Another office has a lighter and softer character with pale walls covered in linen and Oregon Pine framing. 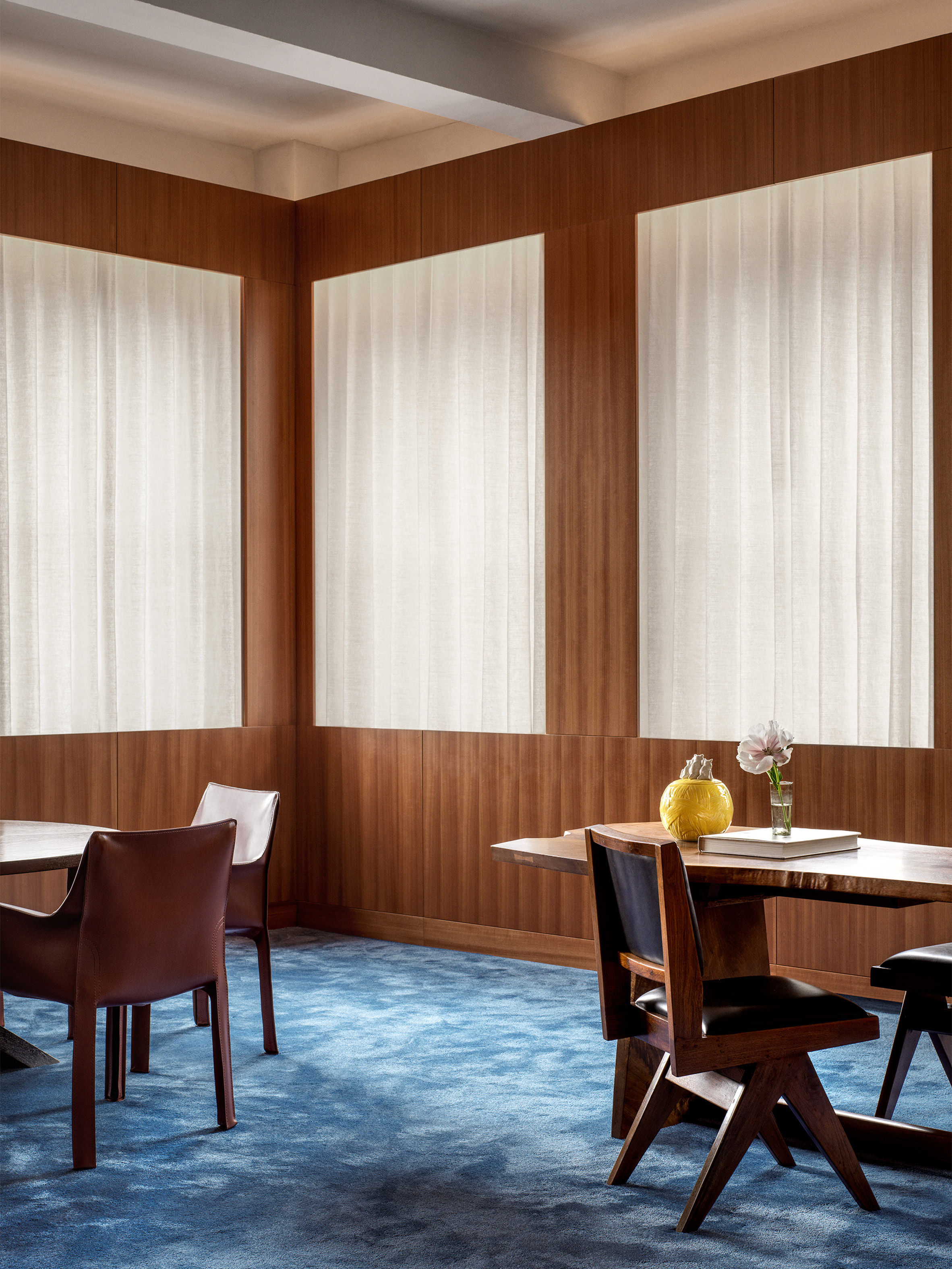 The office’s communal area is in the middle of the floor plan and formed by a freestanding wooden cube in a matching warm tone. The volume hosts a coffee area and cubicles.

Smaller offices and rooms are created around the perimeter with glass walls and metal seams lacquered in blue, high gloss paint. 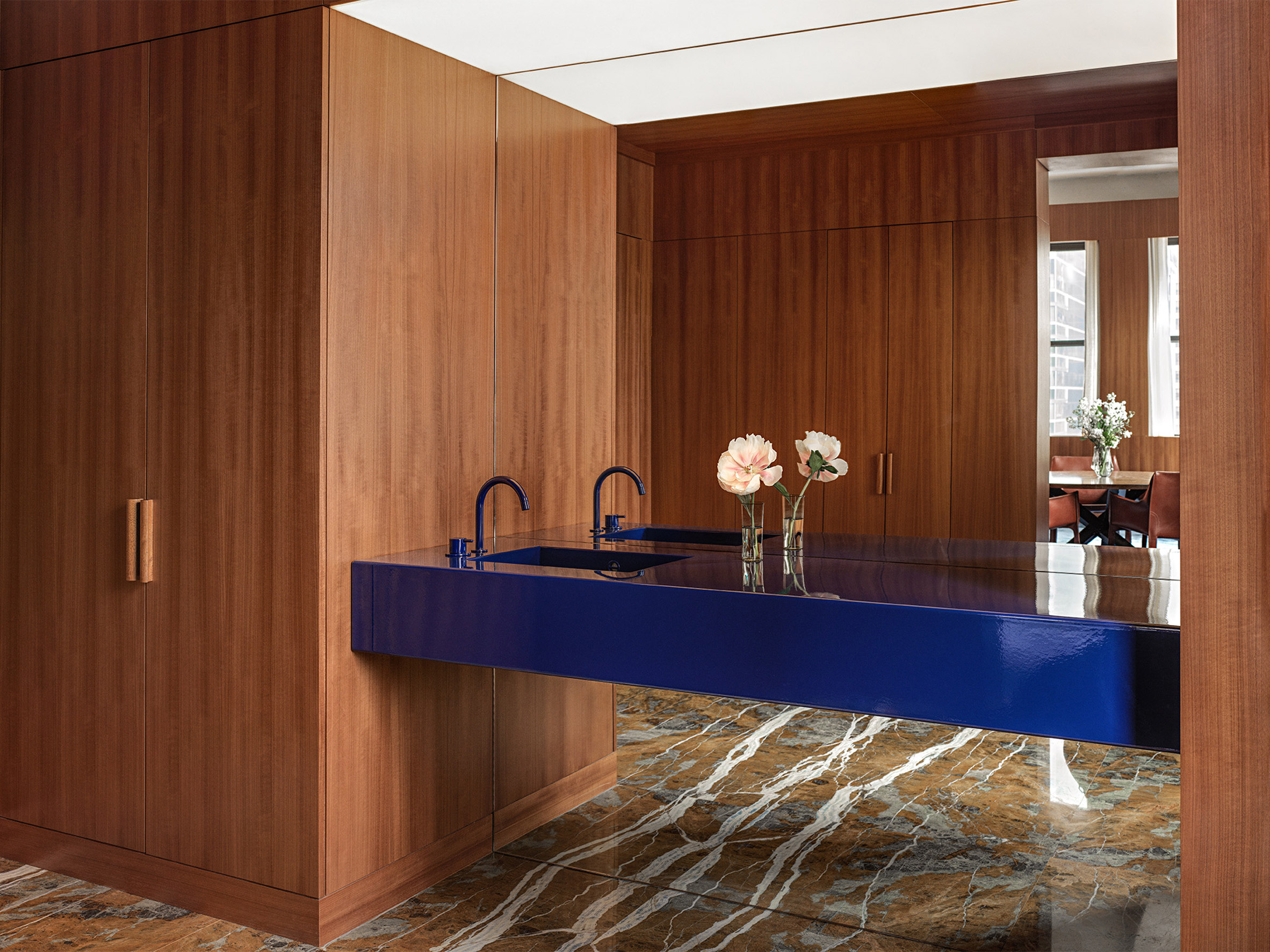 “The concept is to keep the feeling of the raw open space and add just millwork the space, not actual walls,” Halleroed said.

“The contrast between the raw, industrial space and the refined millwork pieces intensifies the character of the building and the new additions.” 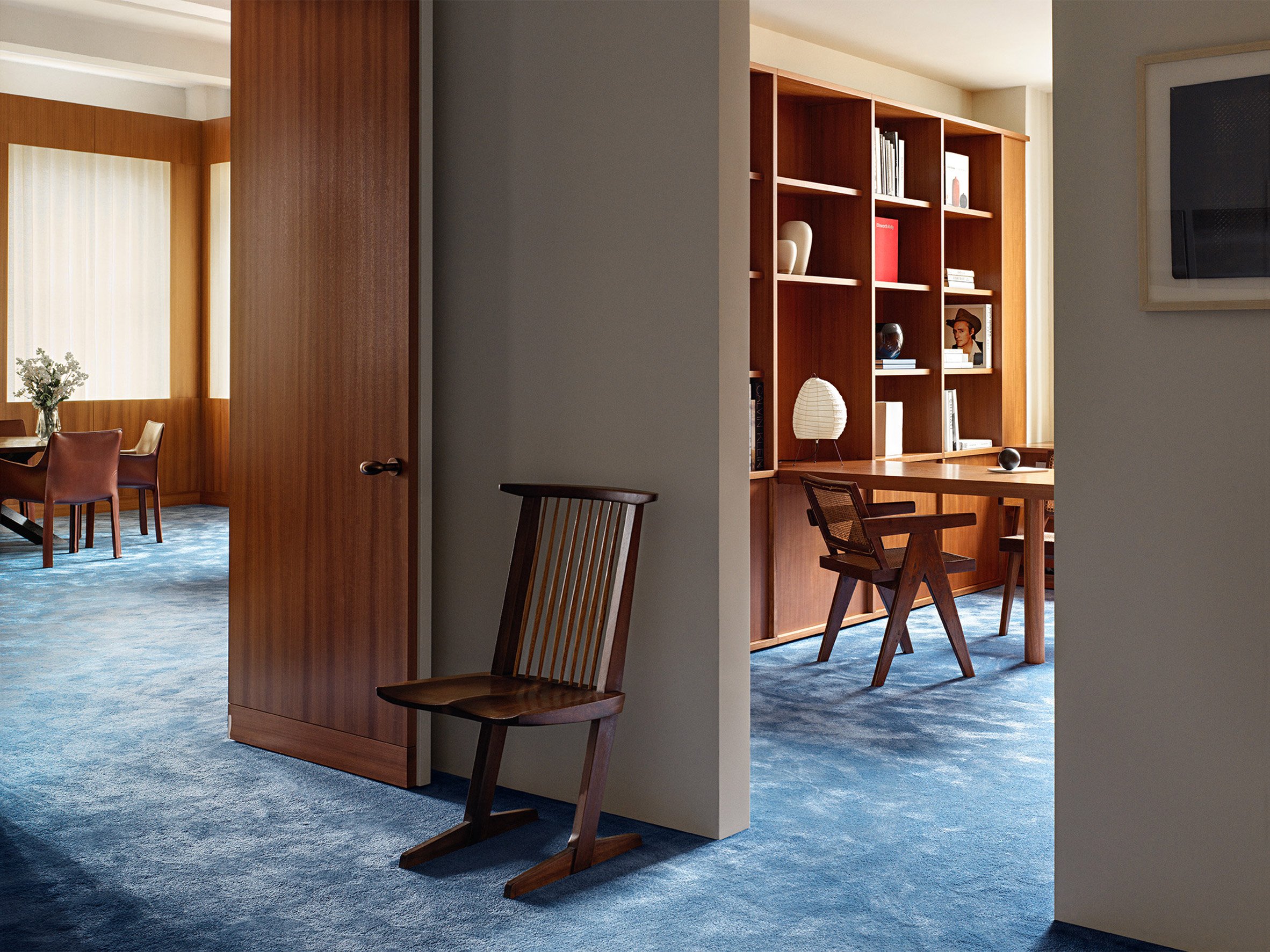 A large table is enamelled in red and has matching red chairs with cream cushions. The same red gloss adorns a nearby countertop.

Much of the furniture in the project is vintage, including a pale sofa by Vladimir Kagan in the reception area, leather Cab chairs by Mario Bellini, a table by Japanese-American woodworker Vladimir Kagan and wood chairs by Pierre Jeanneret. 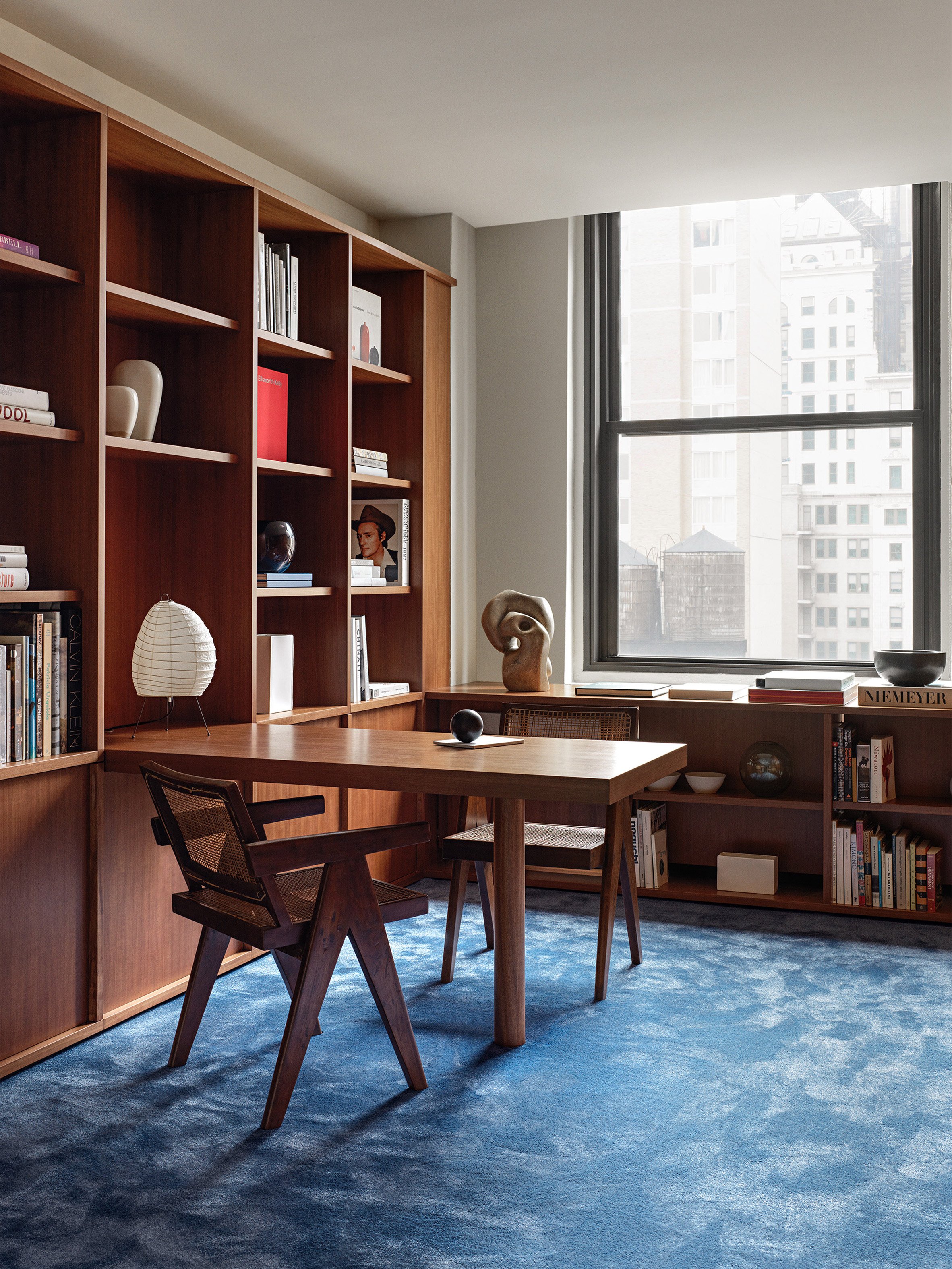 A cobalt blue desk in high gloss anchors the reception area with a matching light fixture above. Panelled walls enclose the room, and the ceiling is suspended and offset from the walls for a floating feeling. 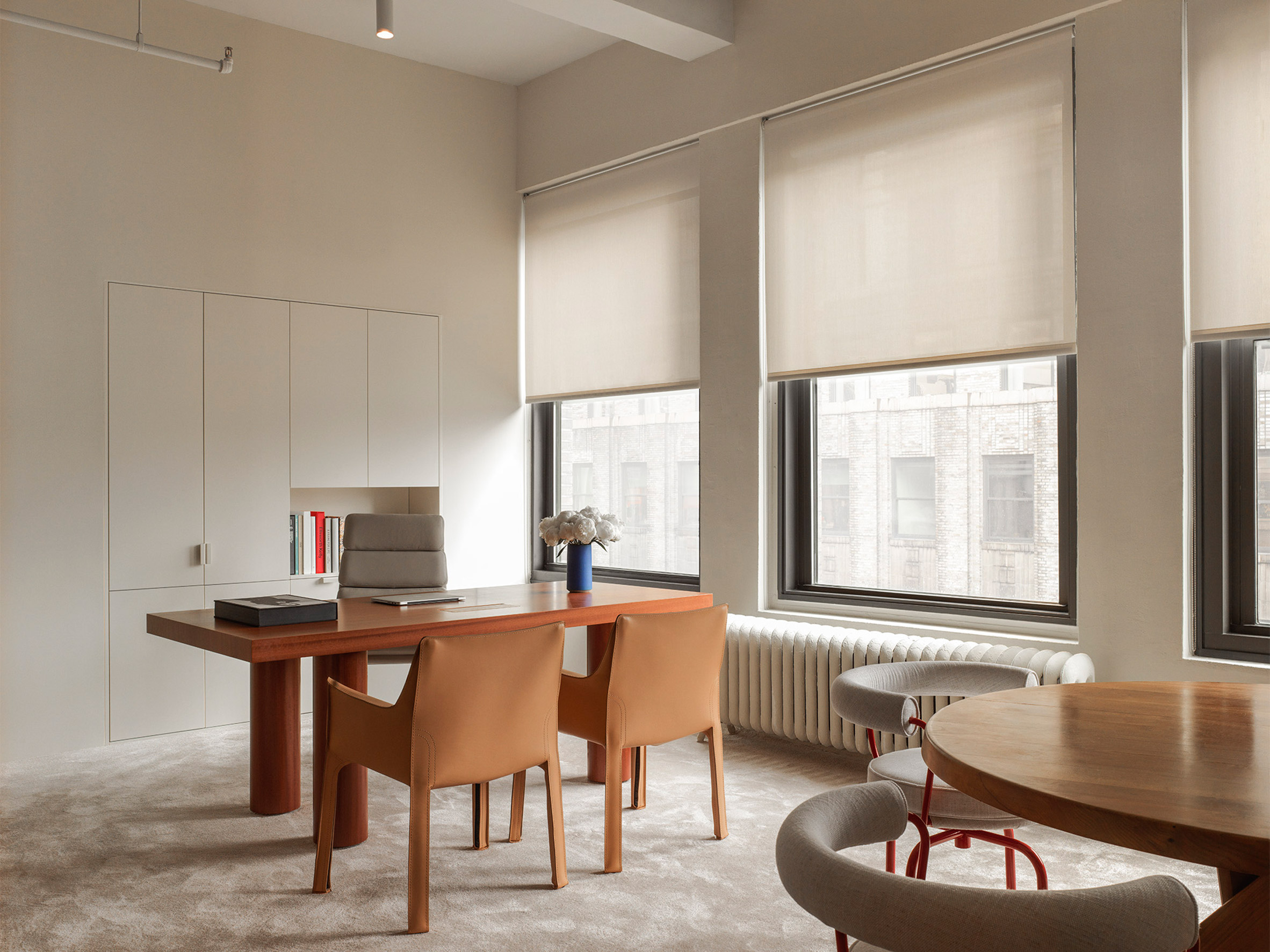 Halleroed was founded in 1998 in Stockholm by Christian and Ruxandra Halleröd and is known for minimalistic interiors for fashion brands, including stores for Axel Arigato in Copenhagen, Byredo and Acne Studios.

Photography is by Erik Undehn.