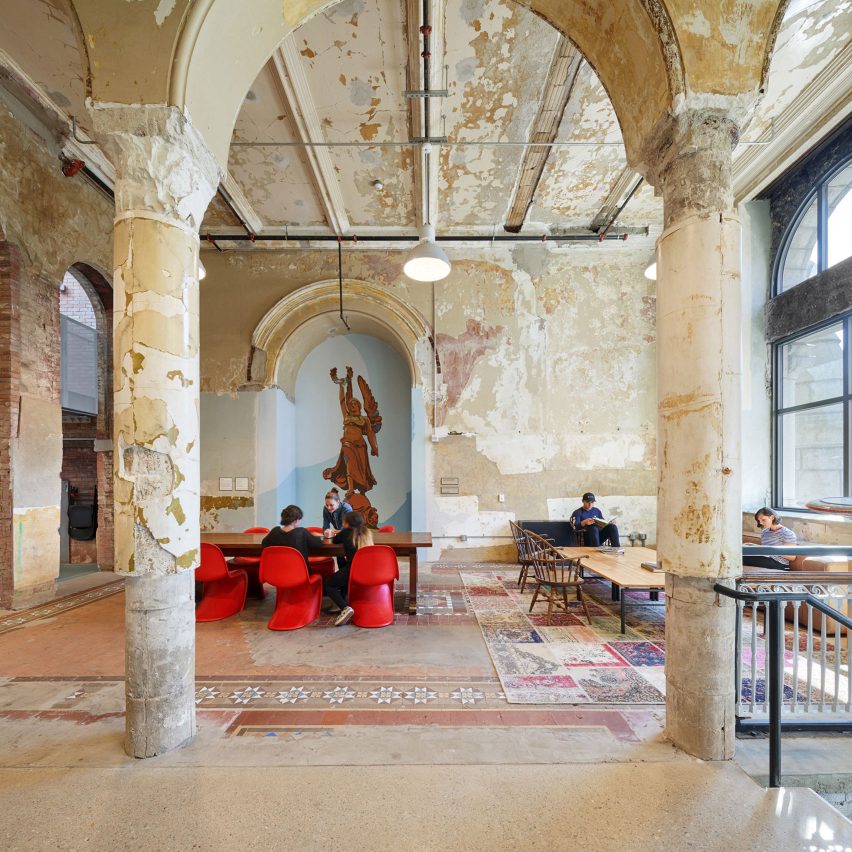 US firm Koning Eizenberg Architecture left worn-looking ornate walls, brickwork and columns inside this museum for children in Pittsburgh, which occupies a historic library that was struck by lightning. 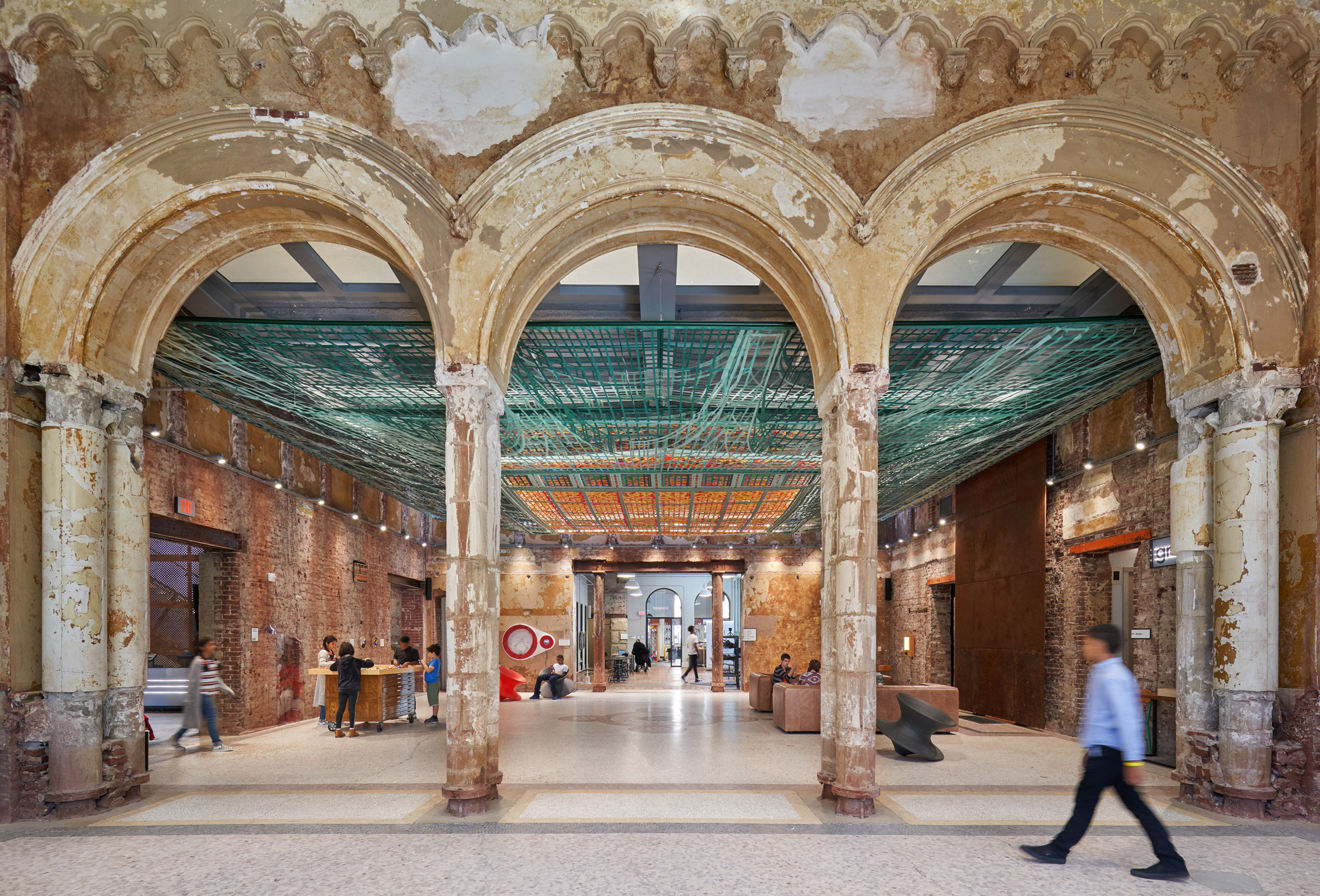 Koning Eizenberg Architecture (KEA) designed the transformation of the damaged library into MuseumLab for the Children’s Museum of Pittsburgh. It forms an extension of its campus in Pittsburgh’s Allegheny Center neighbourhood. 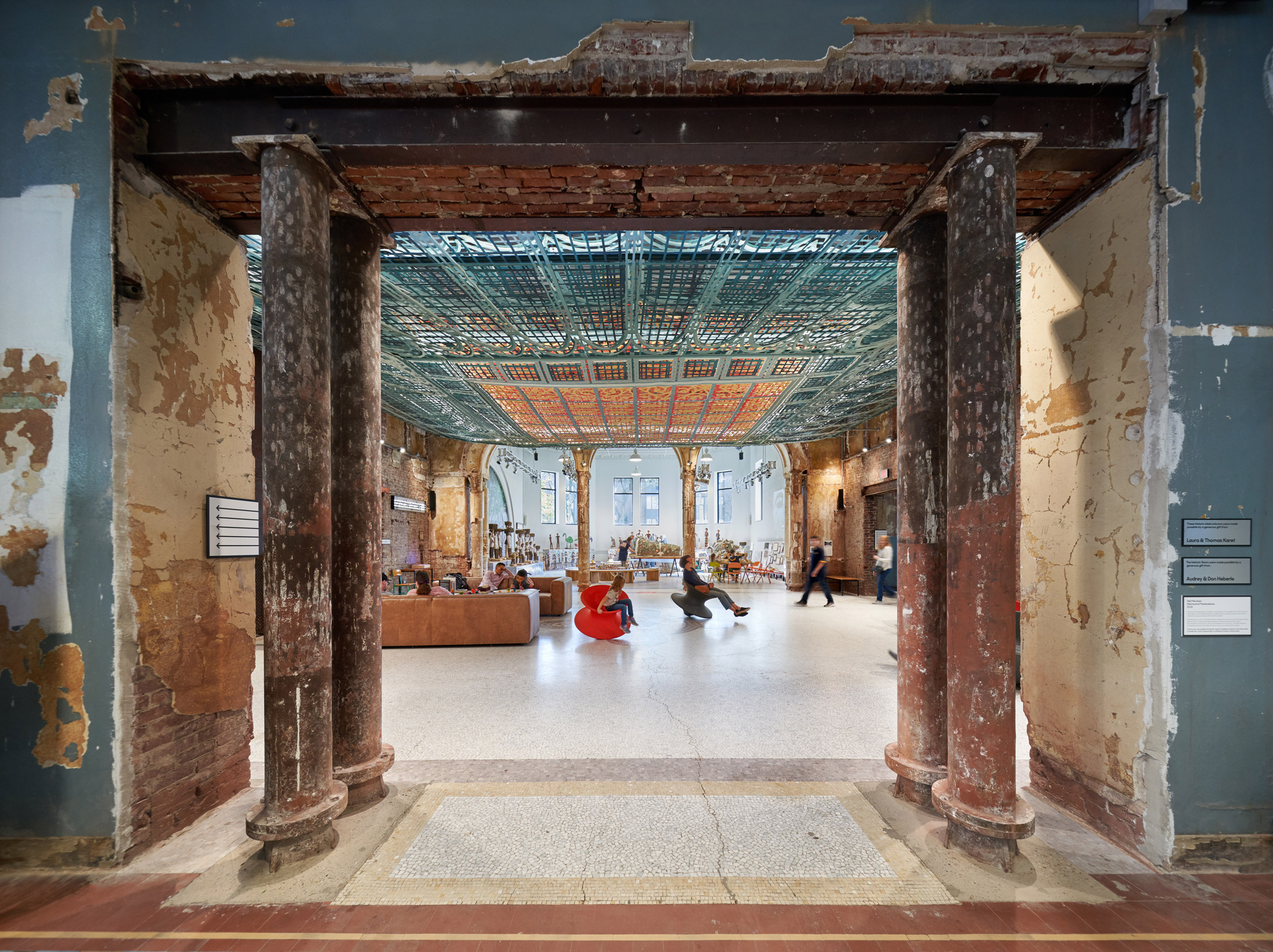 The existing building, known as Carnegie Free Library, was commissioned in 1886 for the public by philanthropist and industrialist Andrew Carnegie.

It was completed by John L Smithmeyer and Paul J Pelz in the late 1890s and registered a historic building in 1974. 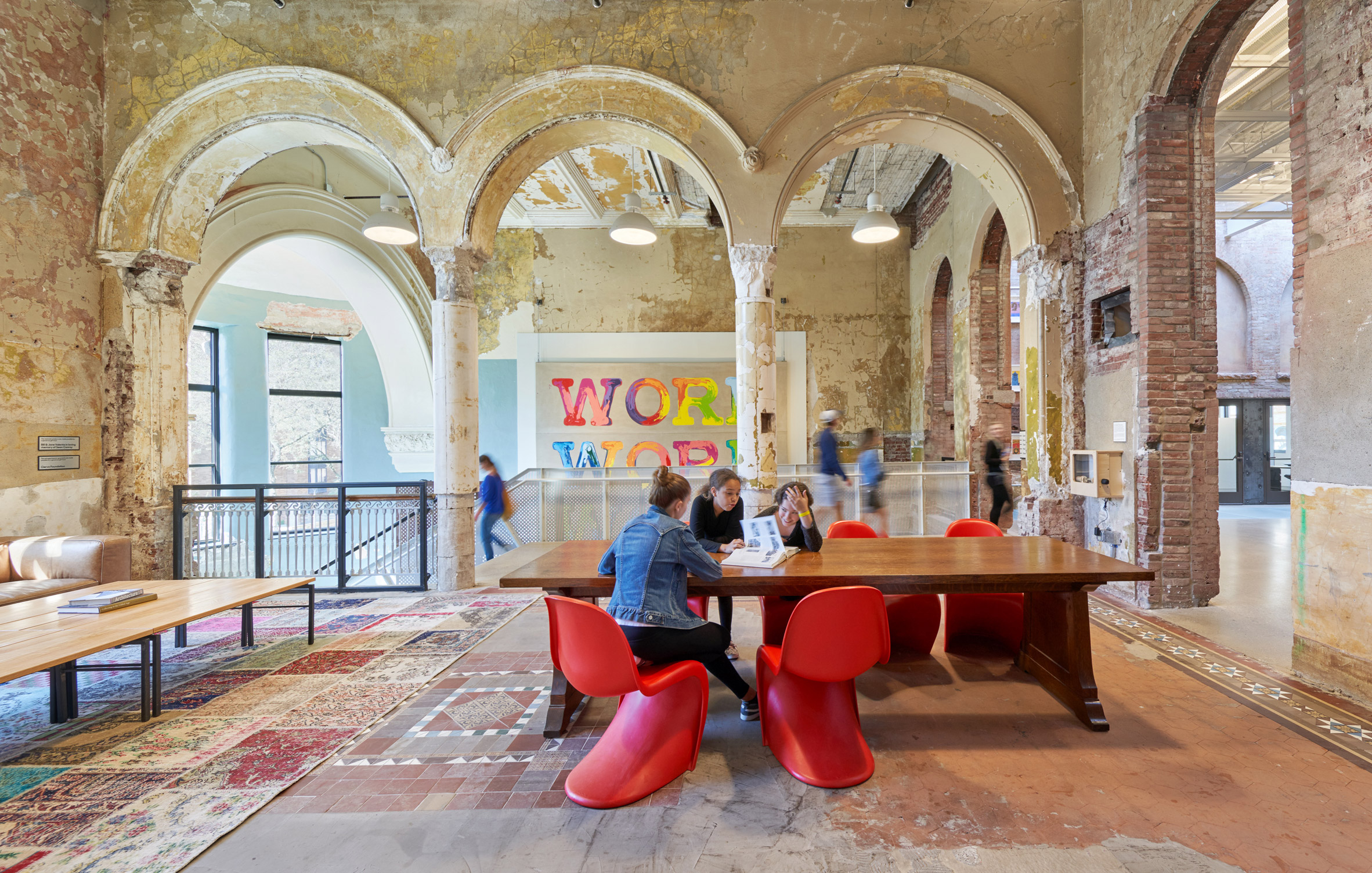 It continued to serve as a public library until the clock tower was struck by lightning in 2006, causing a chunk of granite weighing three tons to fall through the roof. The damage forced the library to relocate.

KEA’s project sought to restore the damaged structure but also reveal the original architecture by peeling back the additions that had been made over the years. 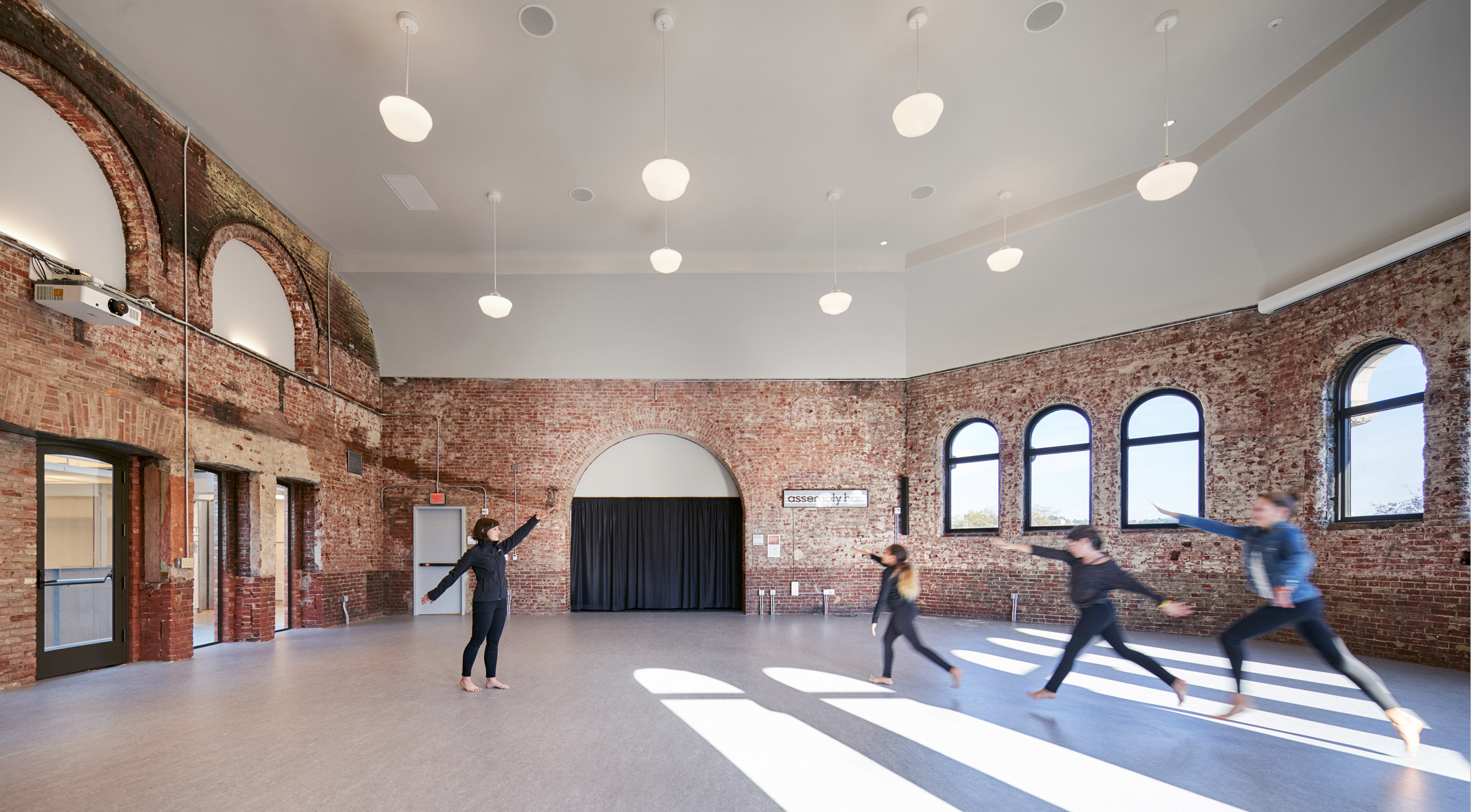 Collonades that form archways with ornamental details are now left in a weathered, unfinished state, with patchy surfaces and cracked or peeling renders. They match brickwork and flooring with worn-out markings that are similarly exposed.

These areas typically form open spaces for casual activity, like a first-storey reading area or the open, ground-floor entrance. The latter is covered with permanent installation Over View, designed by US studio FreelandBuck. 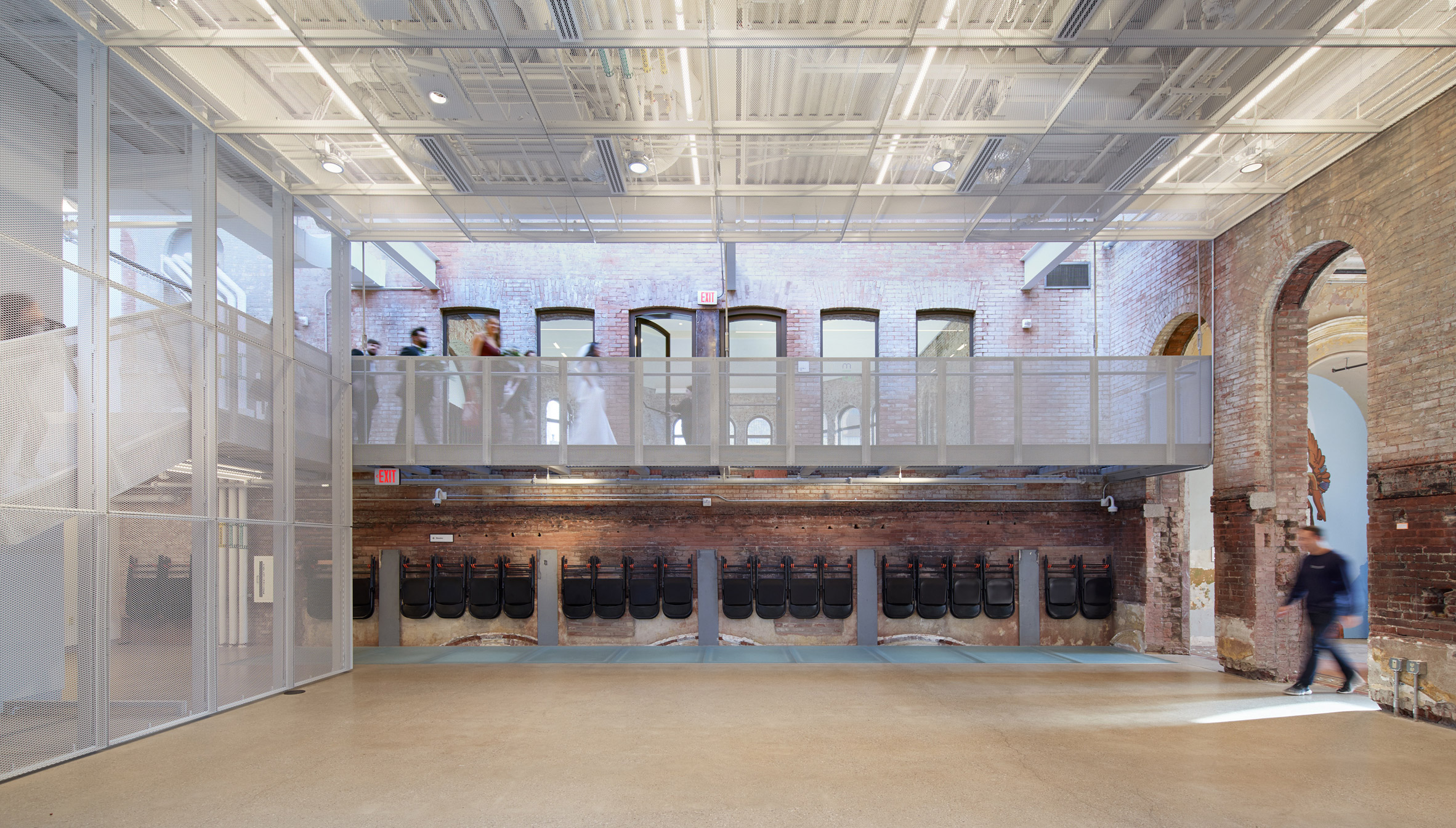 Commissioned as part of the renovation, it hangs from the ceiling and is intended to represent a 3D-drawing of the surrounding space including the archways. 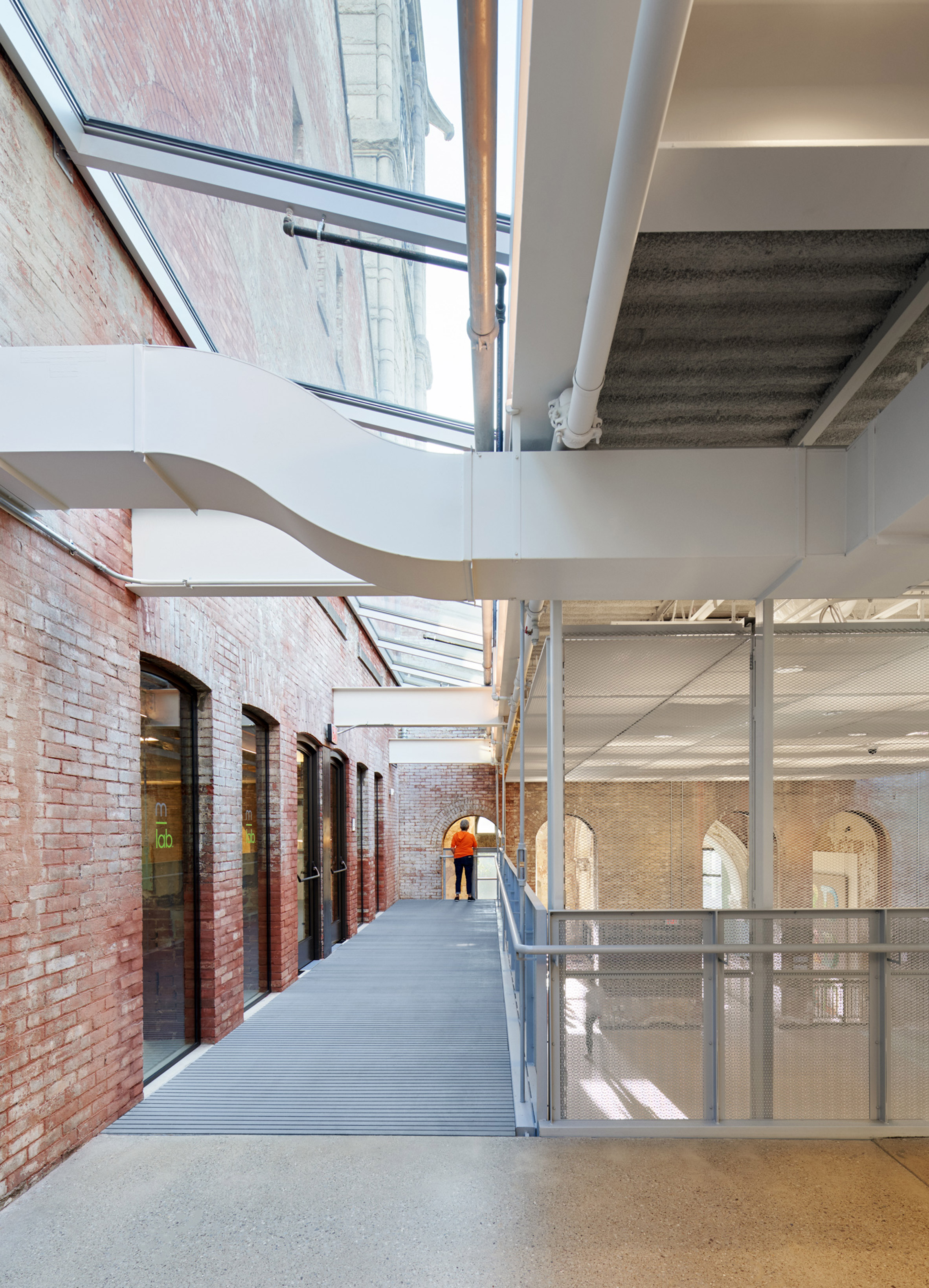 The Santa Monica firm added a white-mesh structure that forms a new staircase and elevated walkway topped by a skylight. The intervention delicately contrasts surrounding stained brickwork to wrap around an open area suited for gatherings.

One of the performing spaces is located in a room with brickwork walls and arched windows, while the ceiling is painted bright white to contrast darker details. 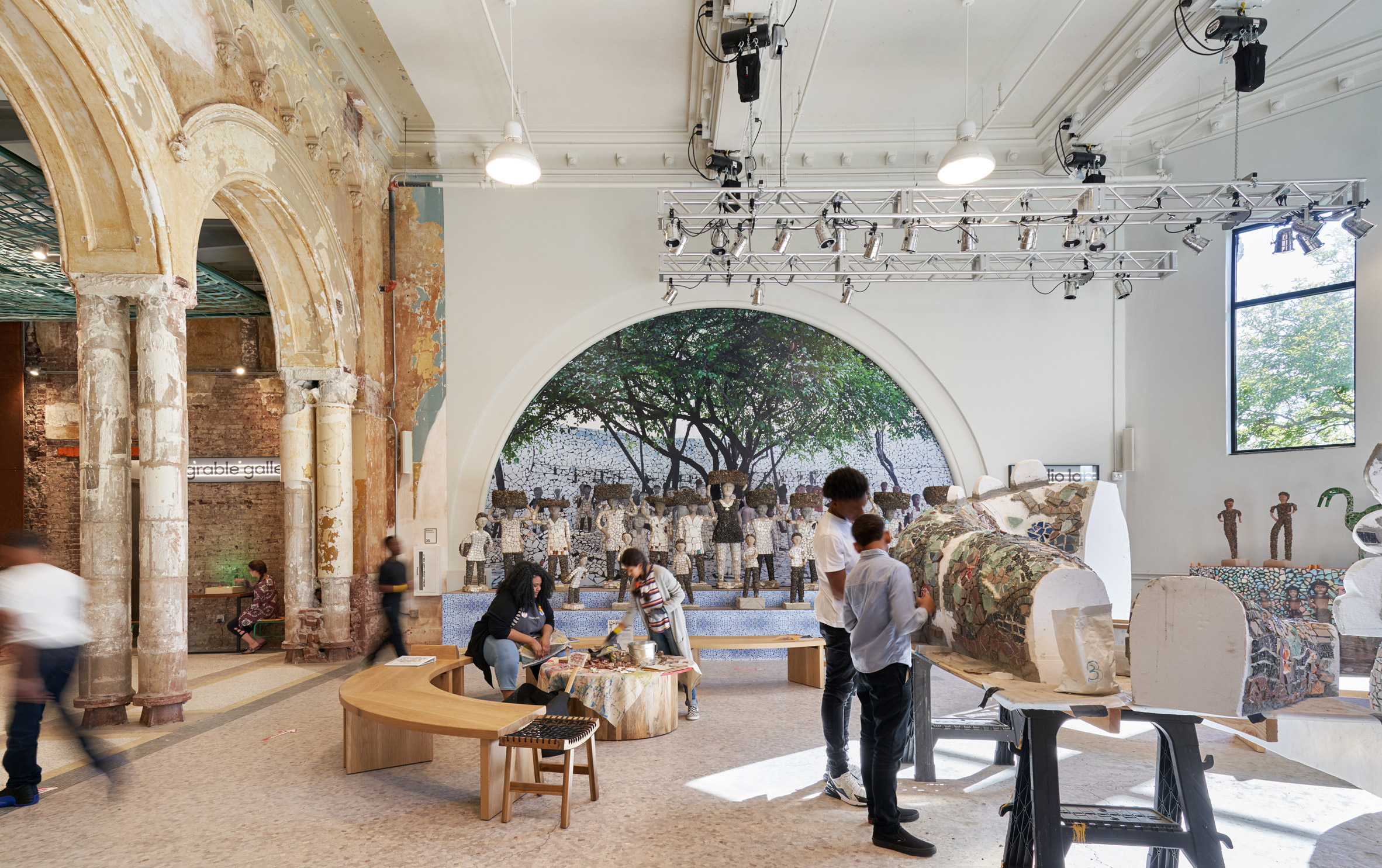 Exhibition spaces are located in a vaulted space with brickwork and stone walls that are painted white to form a suitable backdrop. Additional spaces are also painted white and include large classrooms and meeting areas. Now MuseumLab is complete, the Children’s Museum of Pittsburgh is the largest cultural campus in the US dedicated to children. 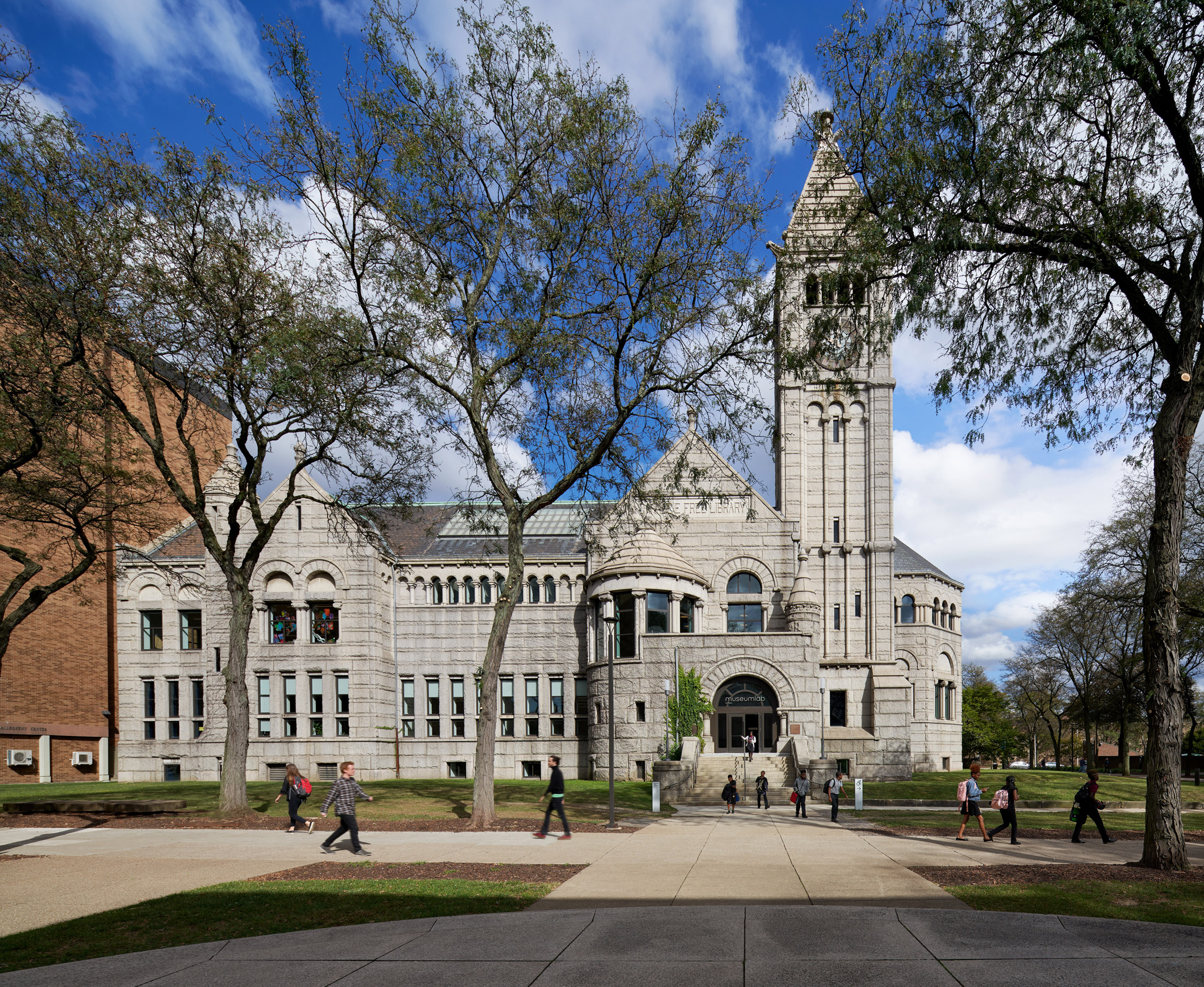 Pittsburgh is a western city in Pennsylvania. Other cultural projects in the US State include the Frank Gehry-designed renovation of Philadelphia’s Museum of Art.

Gehry completed work on the first stage last year, marking over a decade after he was first enlisted to design the project.