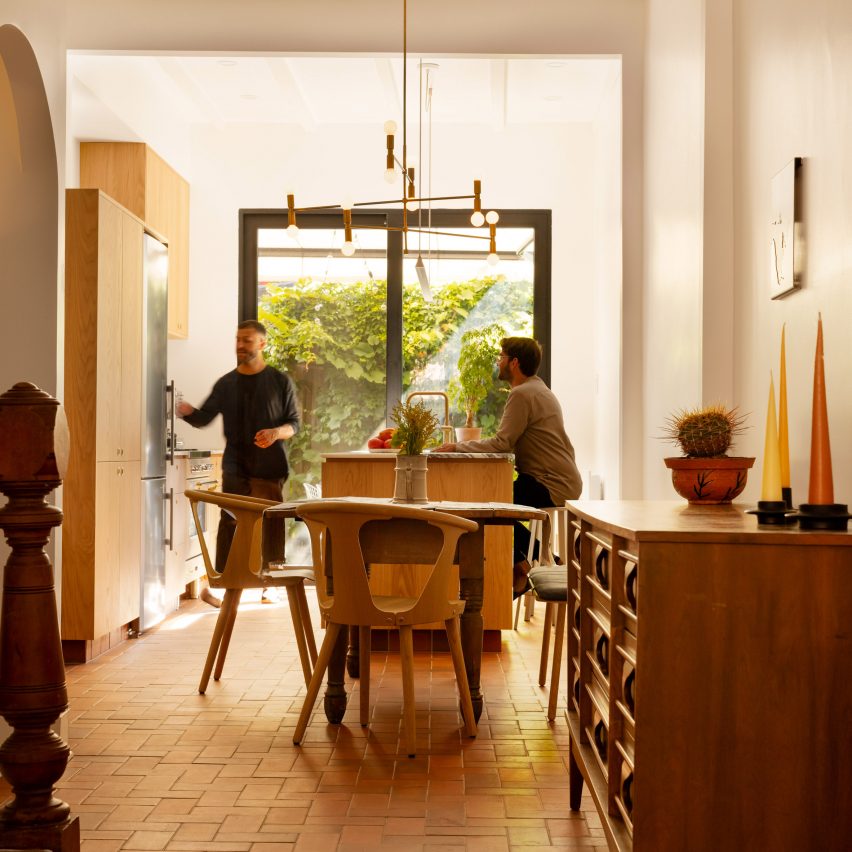 Located in the city’s Plateau Mont-Royal neighbourhood, the Victorian-era brick home was renovated by the couple to accommodate a design studio and residence for them and their two poodles. 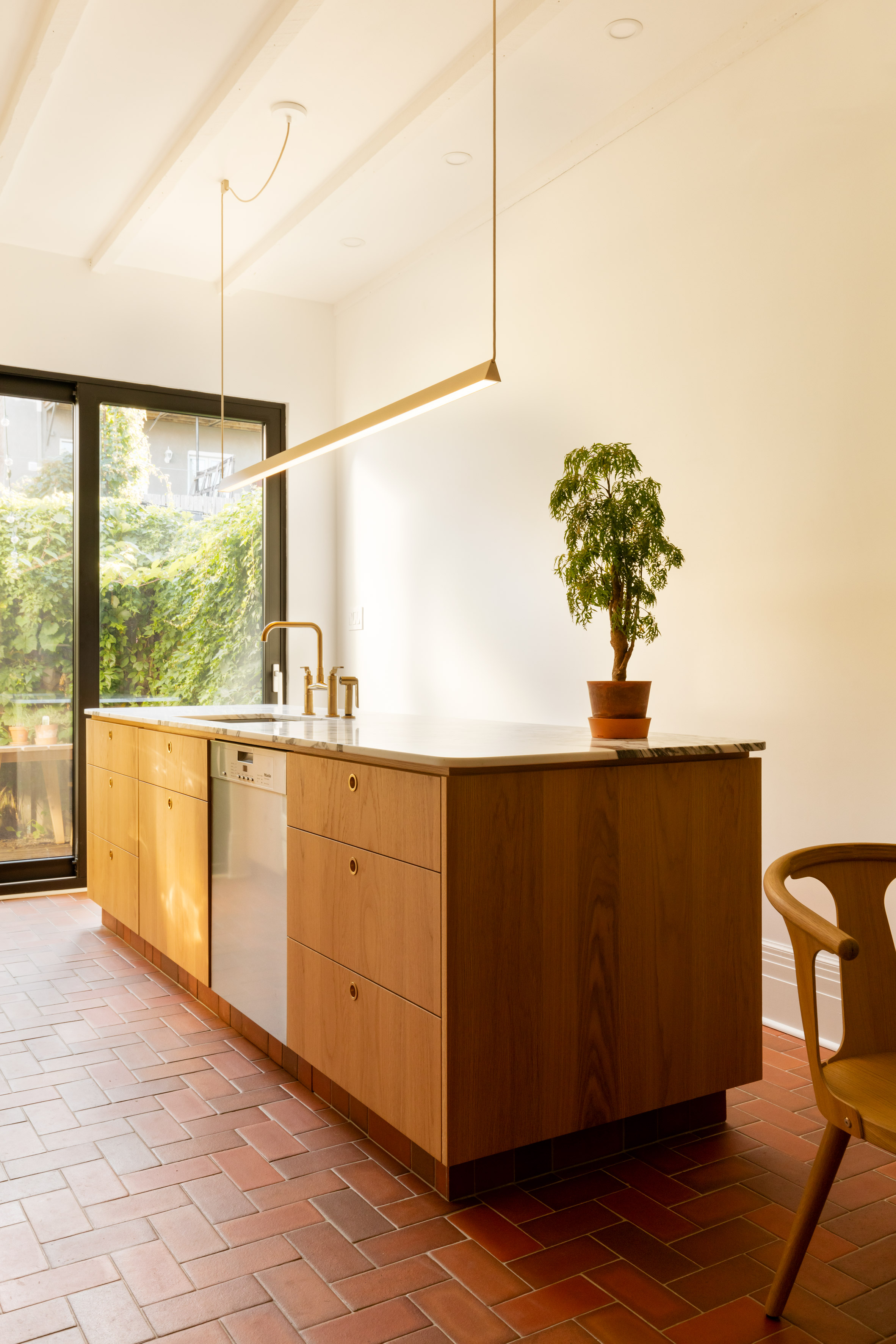 Completed in 1885, the residence has a slender width of 3.1 meters and three storeys. It has an entry almost at the basement level that includes the duo’s offices and workshop. Above is a kitchen and living room, while bedrooms are on the next level.

Called Maison-Boutique Coloniale, the project has pared-down interiors chosen by Godmer and Turgeon, with white walls and natural and tactile surfaces that are offset by contemporary designs. 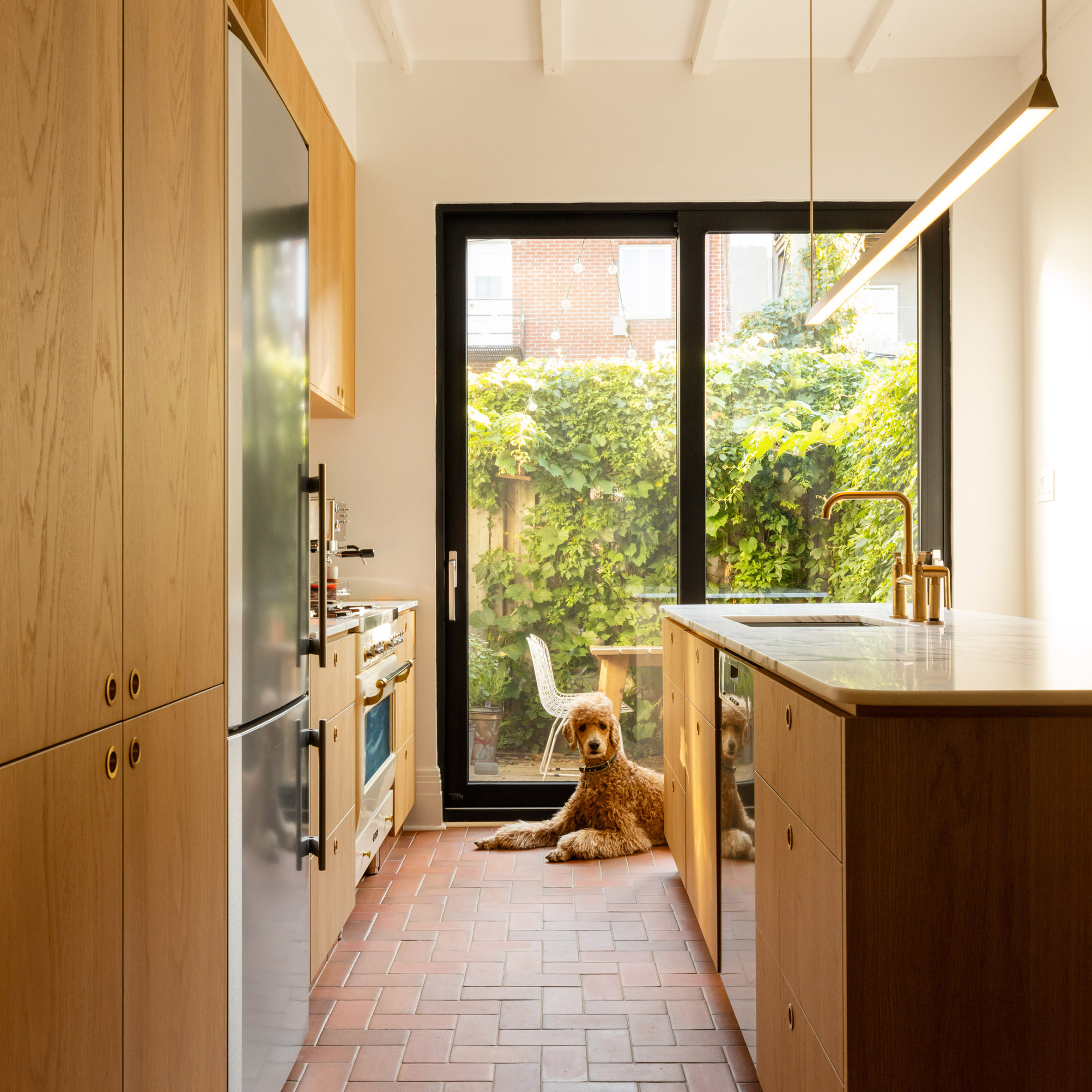 An existing staircase, which the duo sought to keep intact, is painted white with new brown Trettford carpet in lambswool.

In 1980, the home was renovated and many original architectural elements were changed, so the designers sought to retain as much as remaining details as possible during their intervention, particularly the moulding and floors. 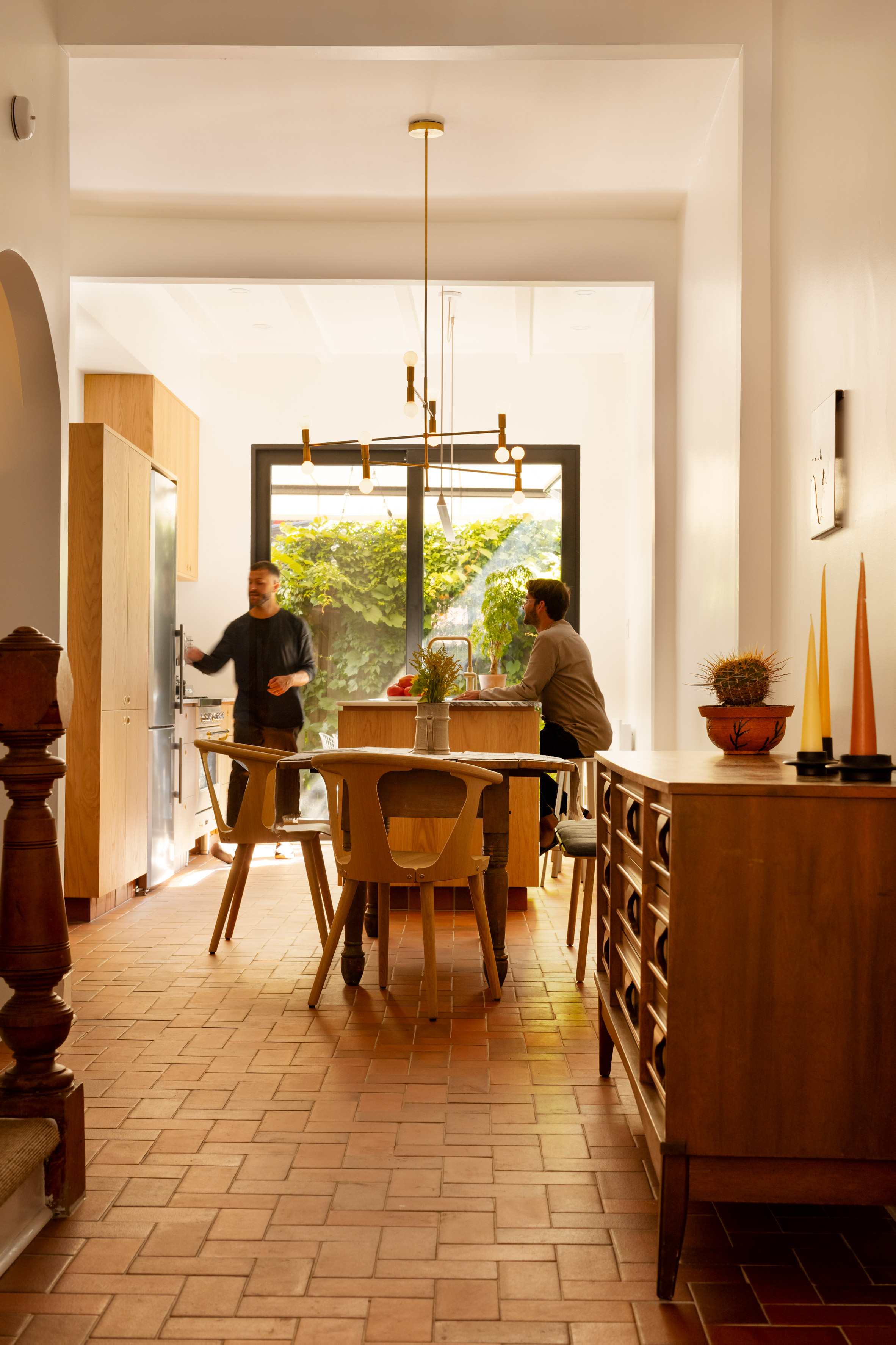 On the office level is a meeting room designed as a dimly lit nook with a black table arrangement by Muuto and &tradition. Plush orange curtains soften and add warmth to existing stone and brick walls left exposed.

The level above features the kitchen with oak cabinetry by Éco-Ébénisterie Saint-Dominique, which also assisted in the construction, and white marble countertops with rounded corners and brass fixtures. 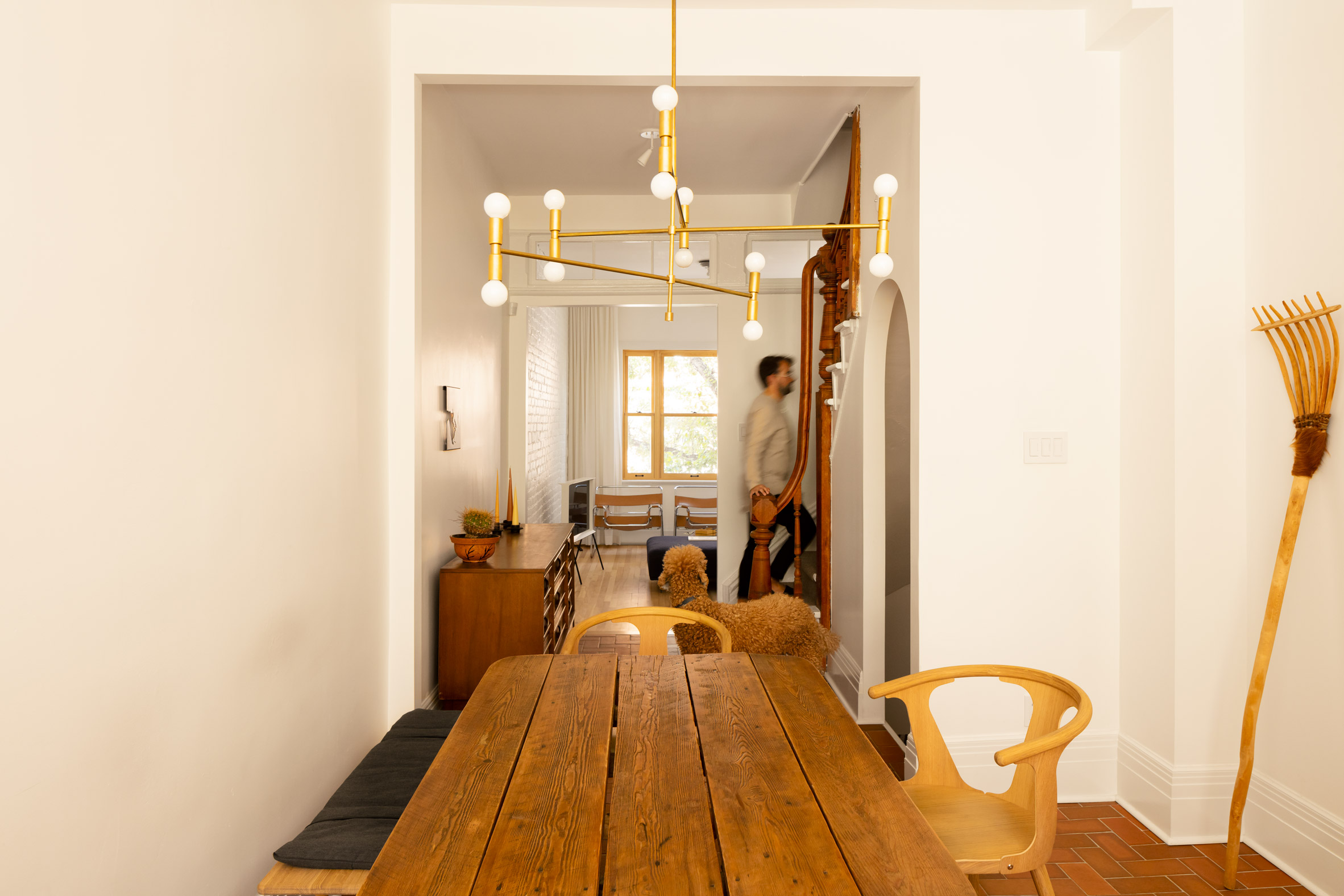 New sliding glass doors access a patio. Terracotta tile floors are also new but were chosen to resemble what was originally there.

Rounding out this middle storey is an eating nook and a living room located at the front of the home. 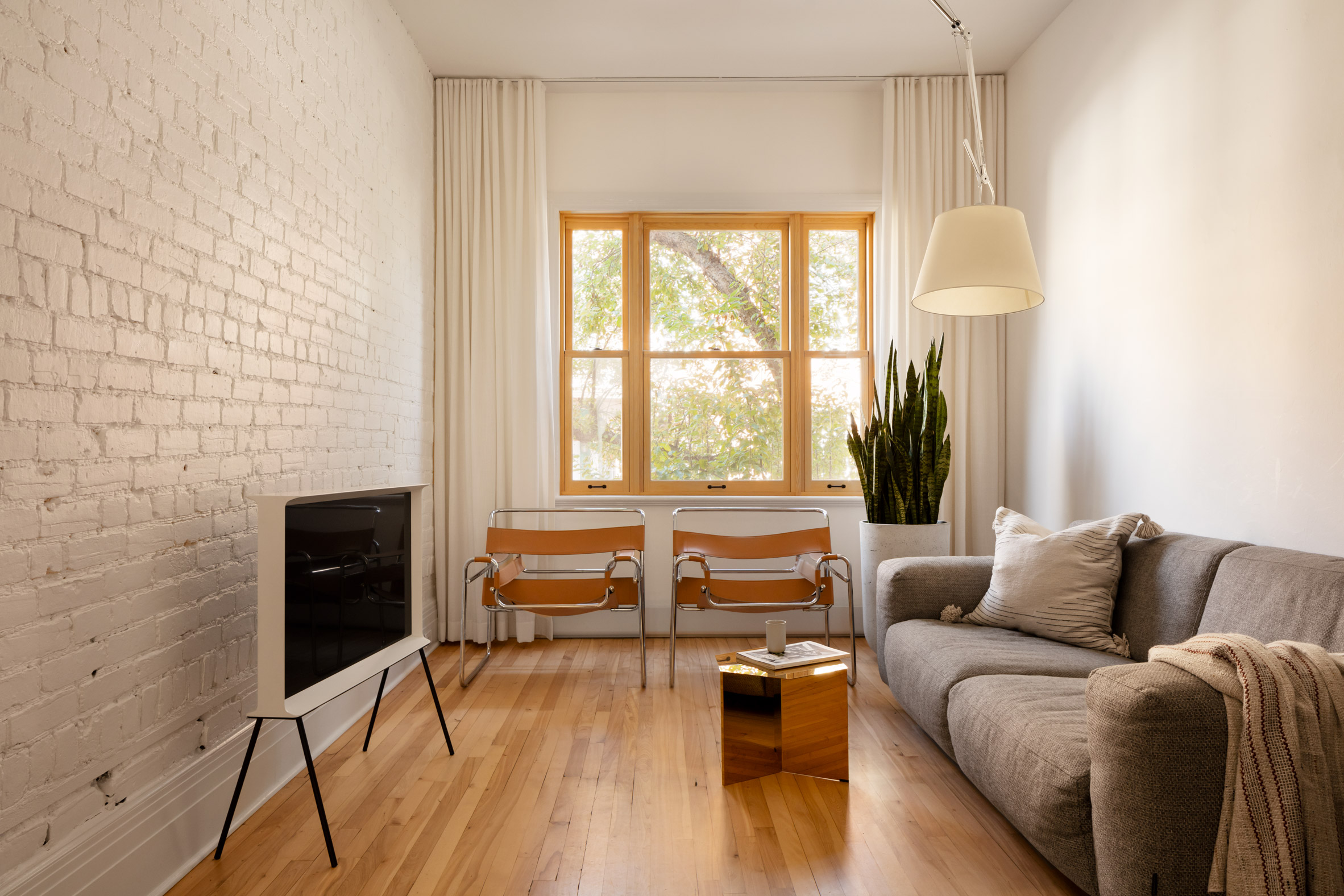 A mix of family heritage antiques and the couple’s favourite pieces feature at Maison-Boutique Coloniale. Above a weathered wood dining table hangs an aged-brass chandelier and the office floor below has a lamp in polished brass – both by local studio Lambert & Fils.

Other lights also include a white Artemide pendant lamp, a portable Carrie lamp by Menu and a Bubble lamp by George Nelson. 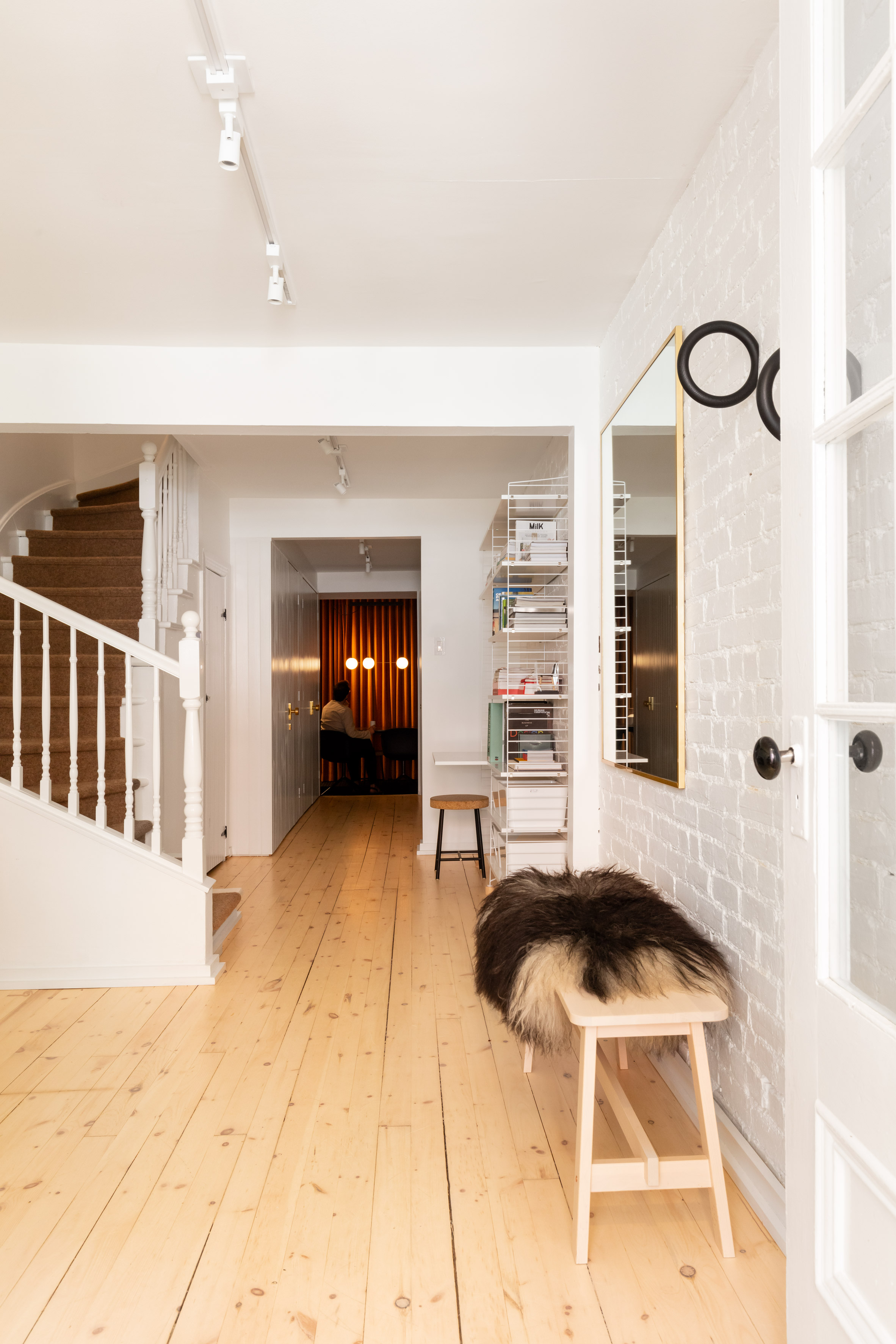 There are also Skagerak dining chairs, a white Samsung television by the Bouroullec brothers, a pair of Wassily chairs by Marcel Breuer, a Flloyd bed and a metallic side table, grey barstools and a pink pillow by Danish brand Hay.

Maison-Boutique Coloniale measures 1,800 square feet (167 square metres). On the top floor, it contains two bedrooms and a bathroom that will be renovated in an upcoming project. 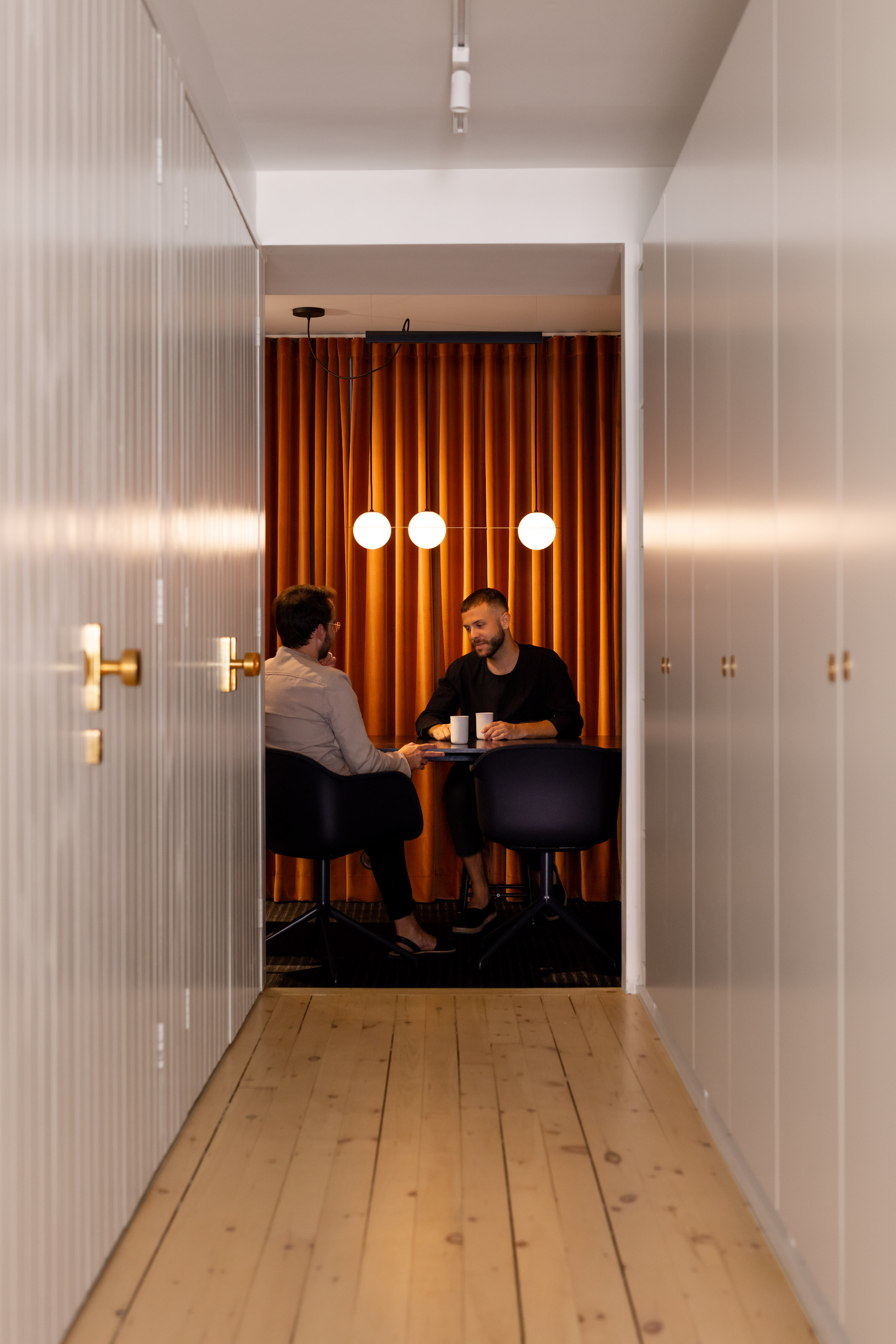 Godmer has also renovated a two-storey Victorian townhouse in Montreal’s Outremont neighbourhood for a client, after previously redesigning the owner’s chalet about an hour drive outside of the city.

Photography is by Maxime Brouillett.