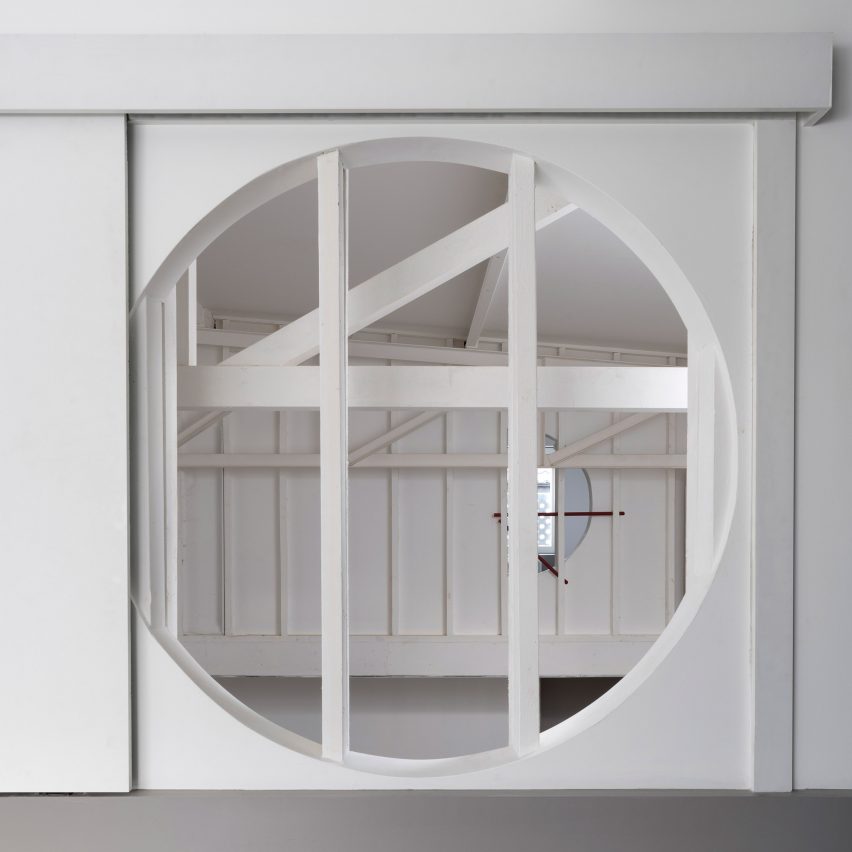 Clancy Moore Architects has overhauled a Dublin warehouse, creating a light-filled home and studio for photographer Fionn McCann and his family.

Organised around a double-height atrium, the Avenue Road home retains the spacious feel of the former industrial unit, but also includes some more intimate, cosy spaces. 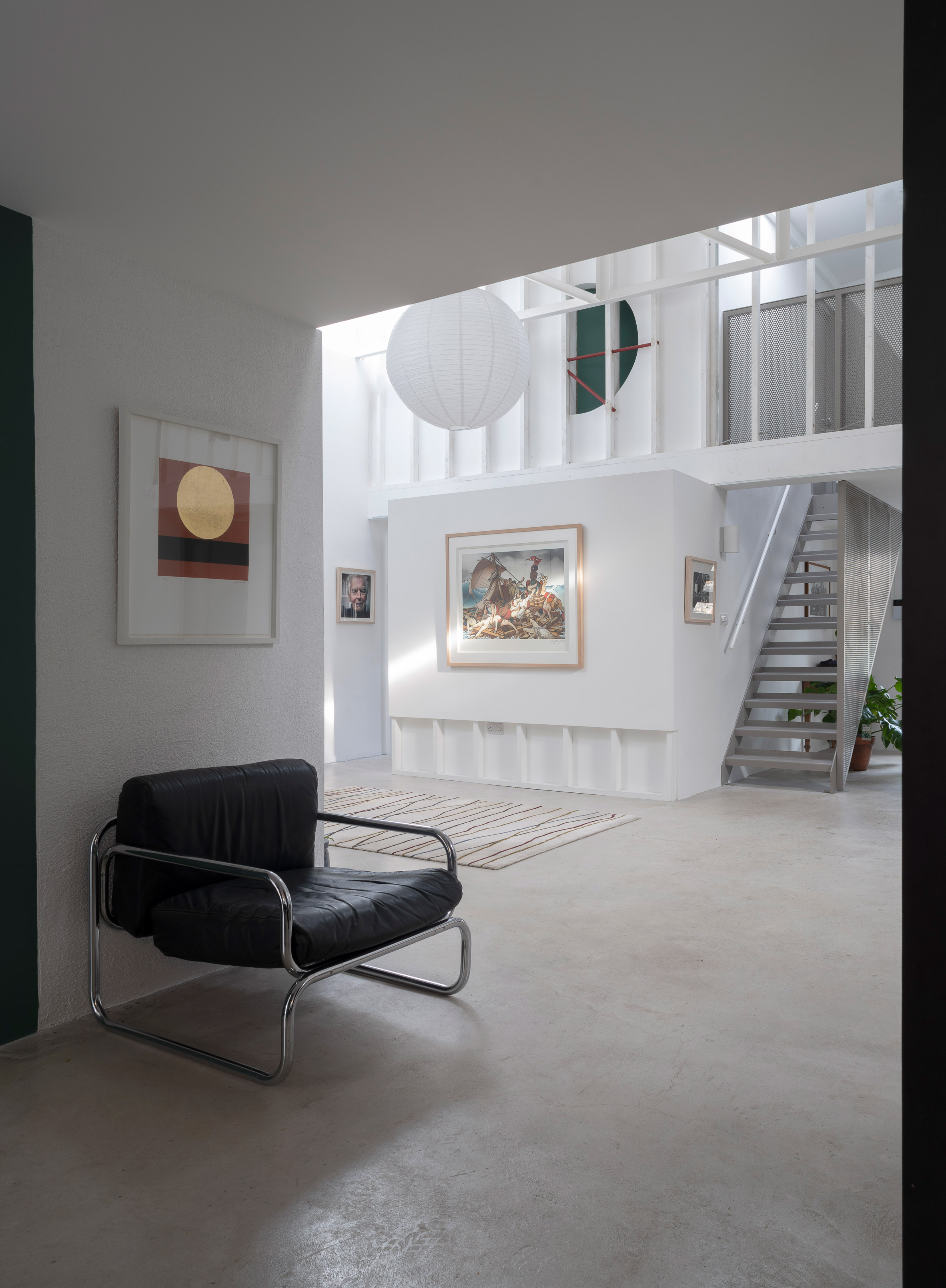 Architectural details, from round internal windows to diagonal beams, give the space its own character, while flashes of colour add a sense of warmth.

Dublin-based Clancy Moore Architects designed the internal layout to make as much use of the existing structure as possible. 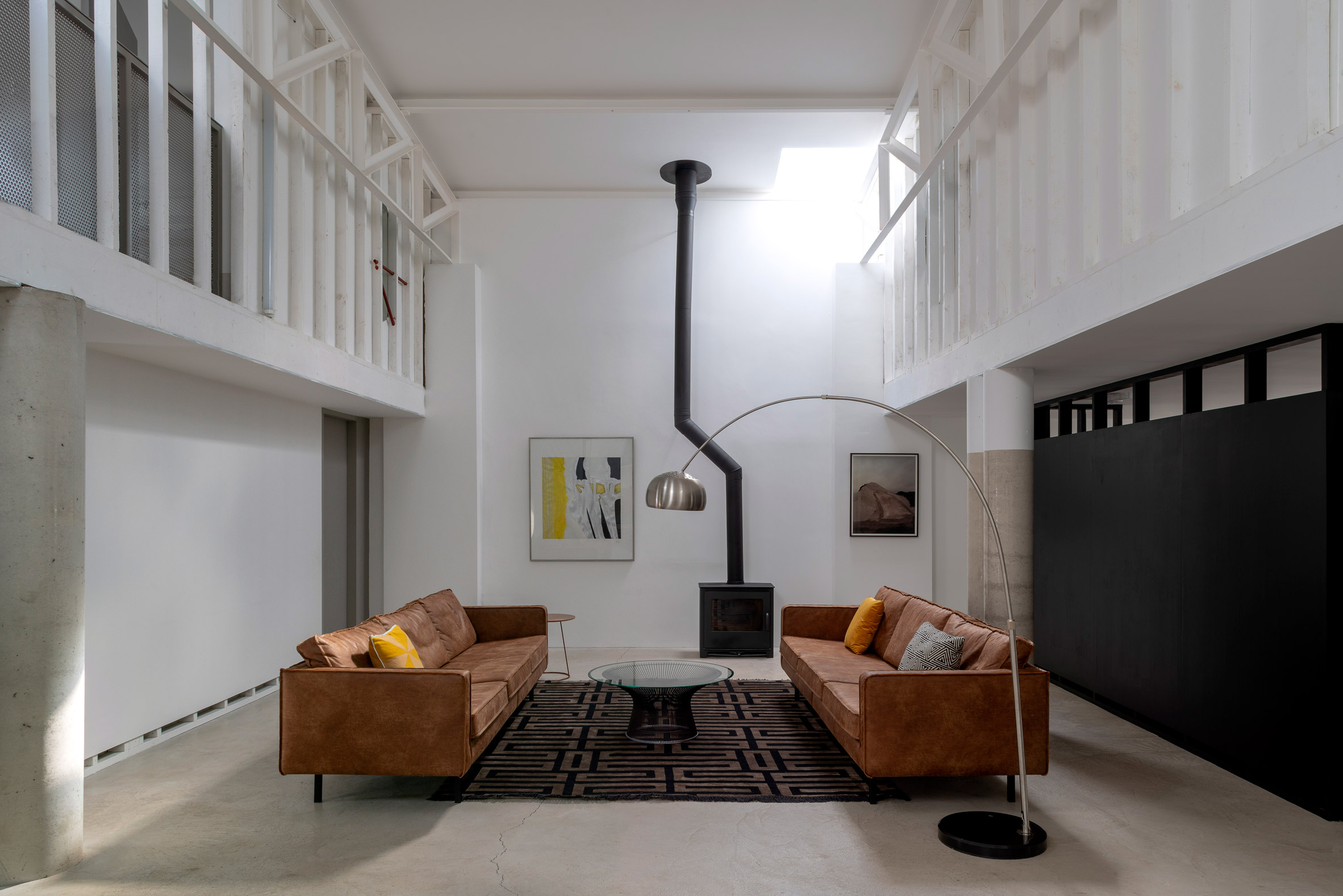 The lofty atrium runs though the centre of the floor plan, with smaller rooms on either side. Living rooms and workspaces occupy the ground floor, while bedrooms and bathrooms are located upstairs, served by two different staircases.

“The warehouse was built in the early 70s and had various ad-hoc structures built within it over the course of its life,” explained studio co-founder Andrew Clancey. 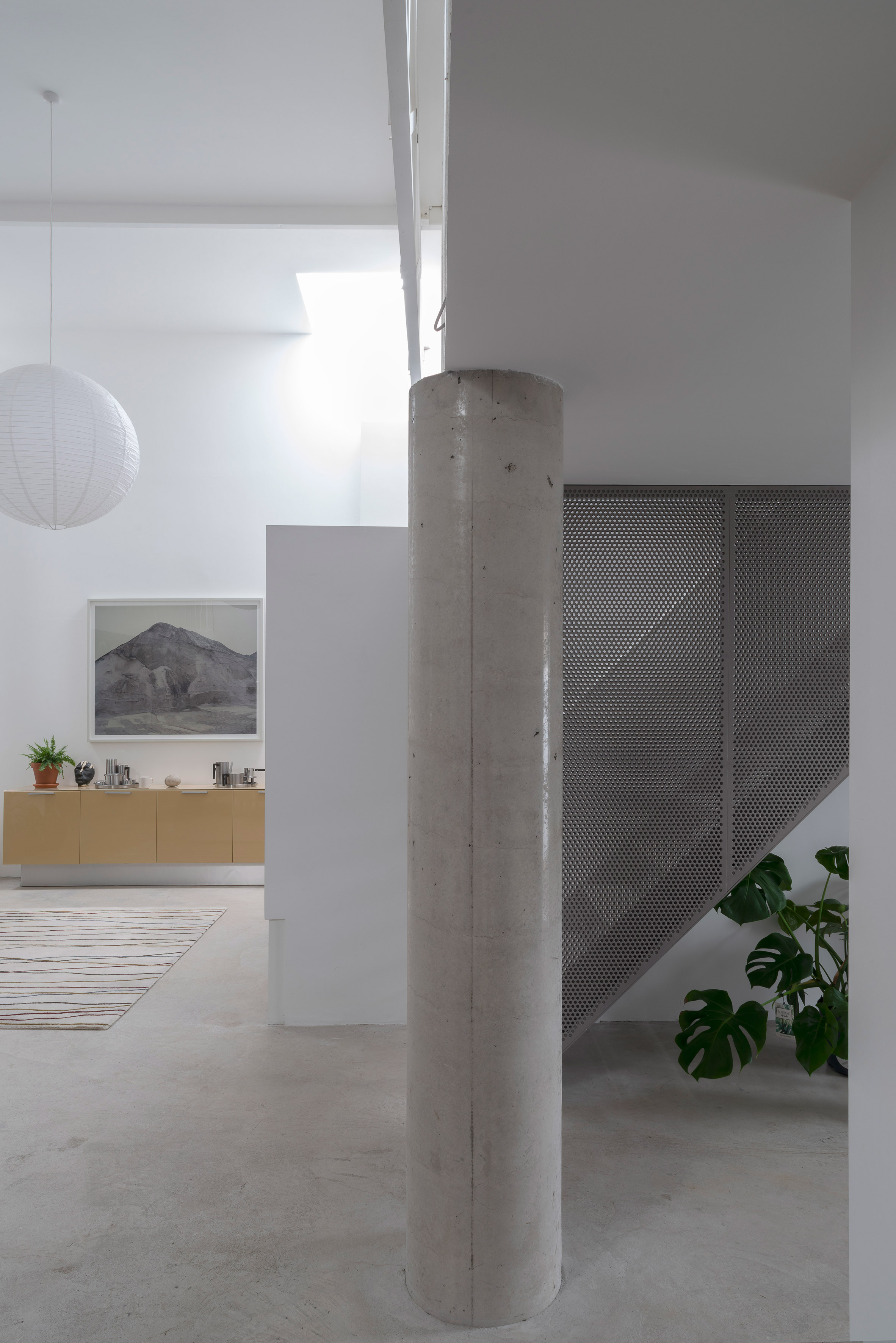 “Our primary effort was put into keeping this quality,” he told Dezeen.

“The external shell was kept unchanged, along with its beautiful structure. All the subdivisions, in terms of interior walls and floors, work back from this.” 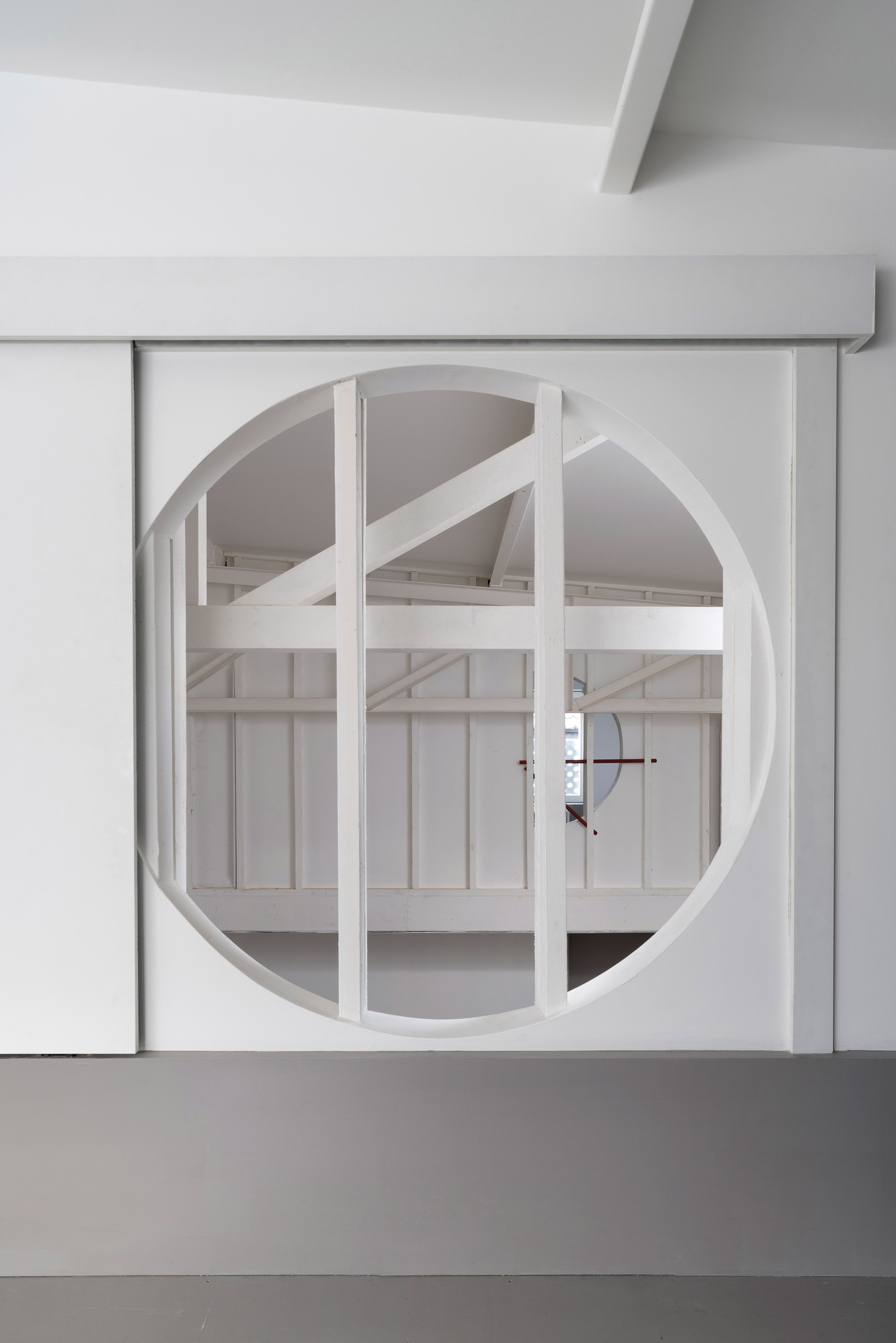 Four new skylights were installed in the roof, allowing plenty of light to permeate the largely windowless building.

Three of these frame the corners of the atrium, making it the brightest space in the building. The room typically functions as a living space, but McCann – whose work covers everything from architecture to portraiture – also uses it as a studio. 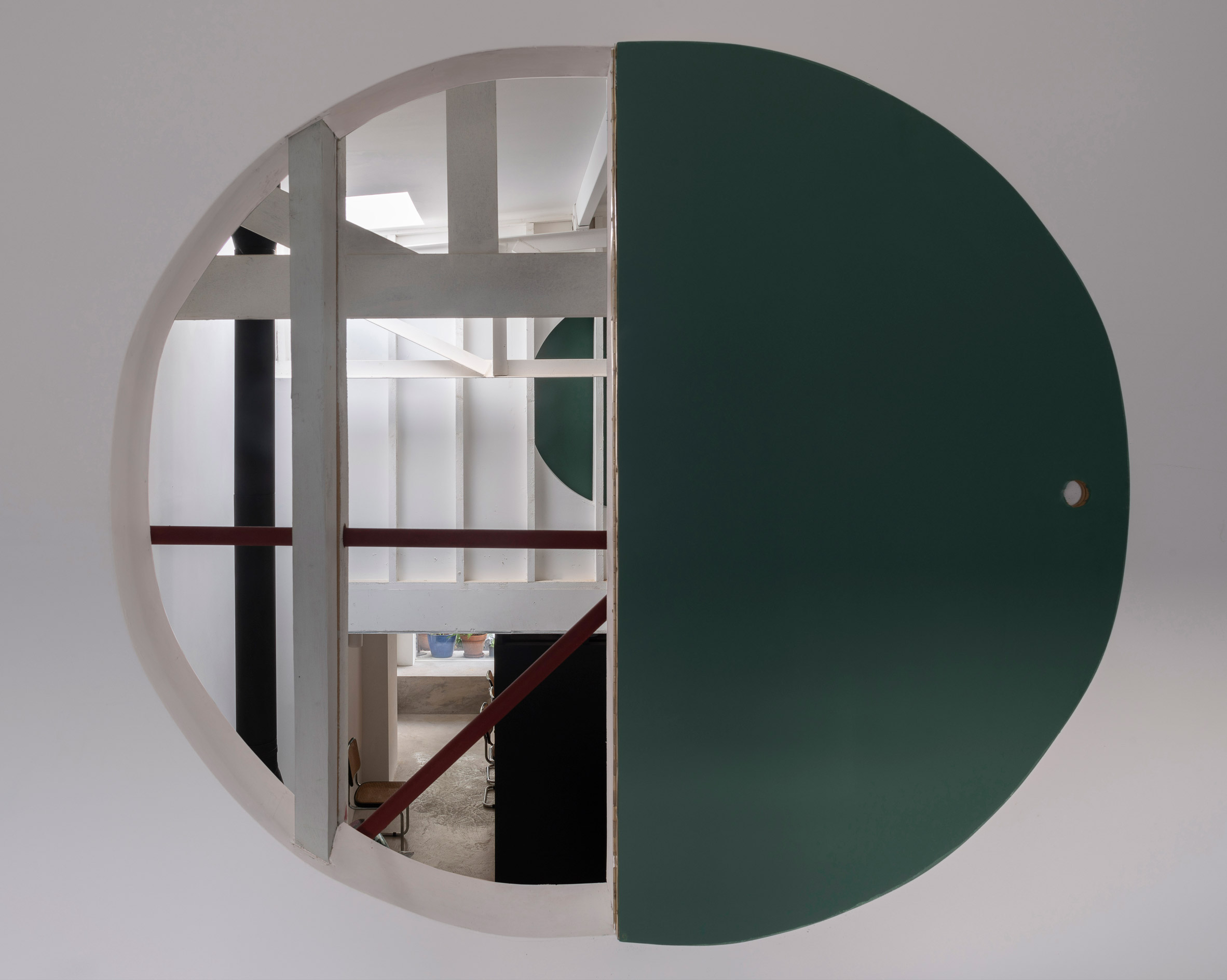 Thanks to the circular and semi-circular windows, all three bedrooms have a view down onto this space, although shutters can be closed to provide privacy.

“We thought of the family as a society in itself, and the house, in a way, as an analogy for the town,” explained Clancey.

“The main living space functions as a little public square, with the more private accommodation made as apartments with facades that address it and animate it. The windows were created to allow communication.” 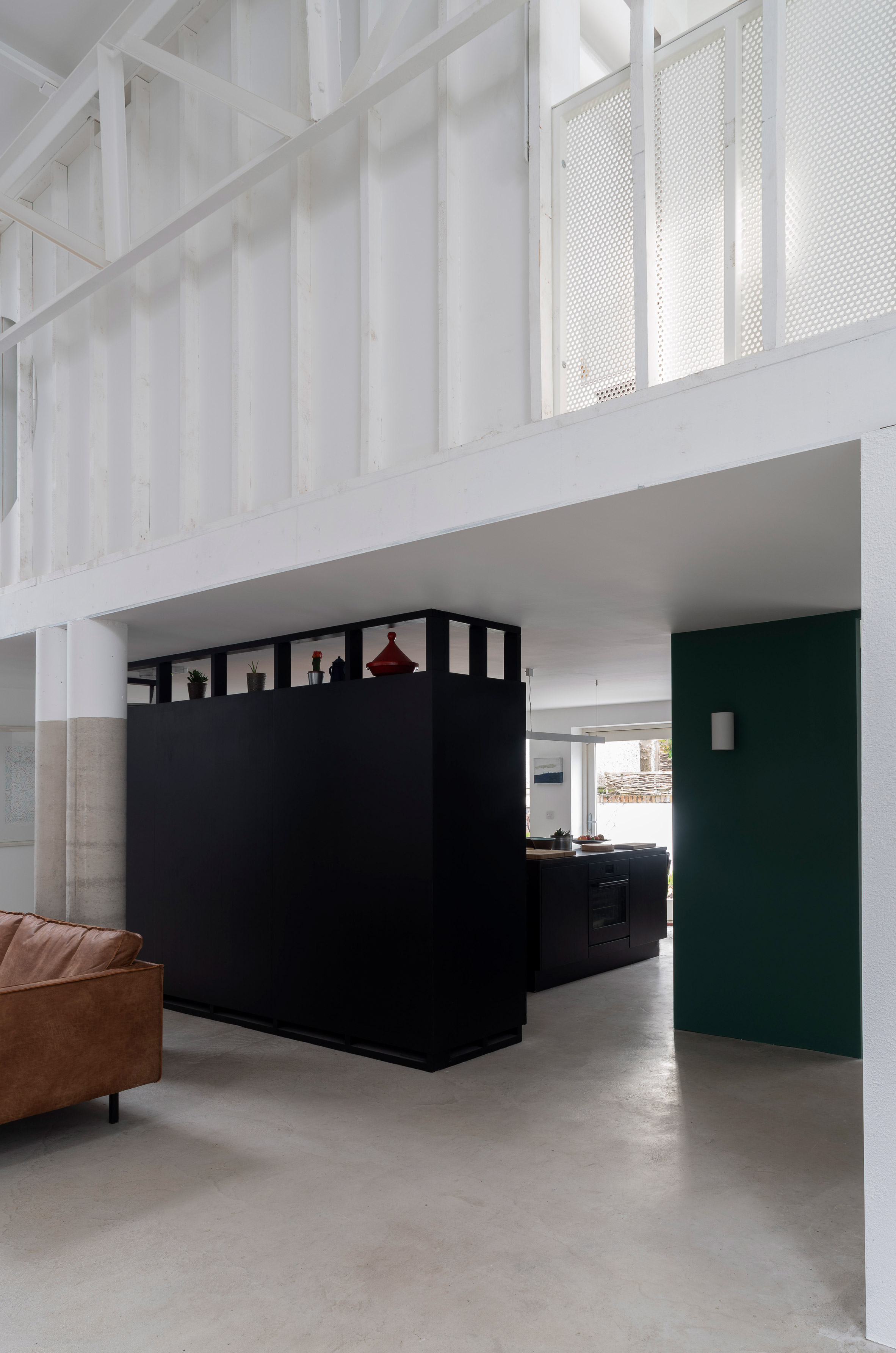 Avenue Road has two entrances, positioned alongside one another. One leads through to the living spaces, while the other leads directly into an office space, helping the family separate home and work life.

Other rooms on the ground floor include a den, a large utility room, and a combined kitchen and dining space. 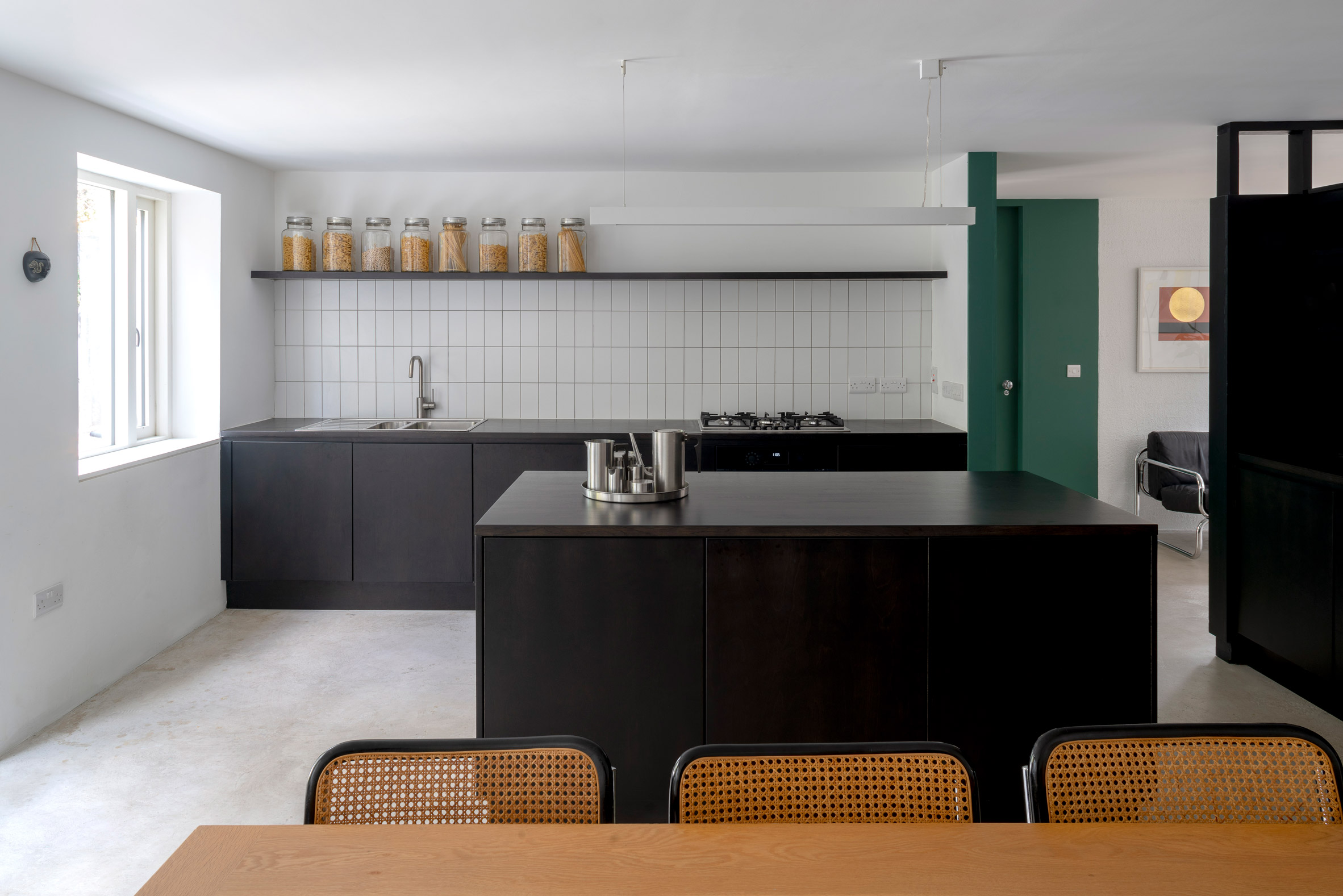 Different colours give these various rooms distinct identities. For instance, a green door and wall marks the entrance to the utility room, while the kitchen features black cabinets.

The effect is amplified because most other walls and structural elements are all painted in simple white. 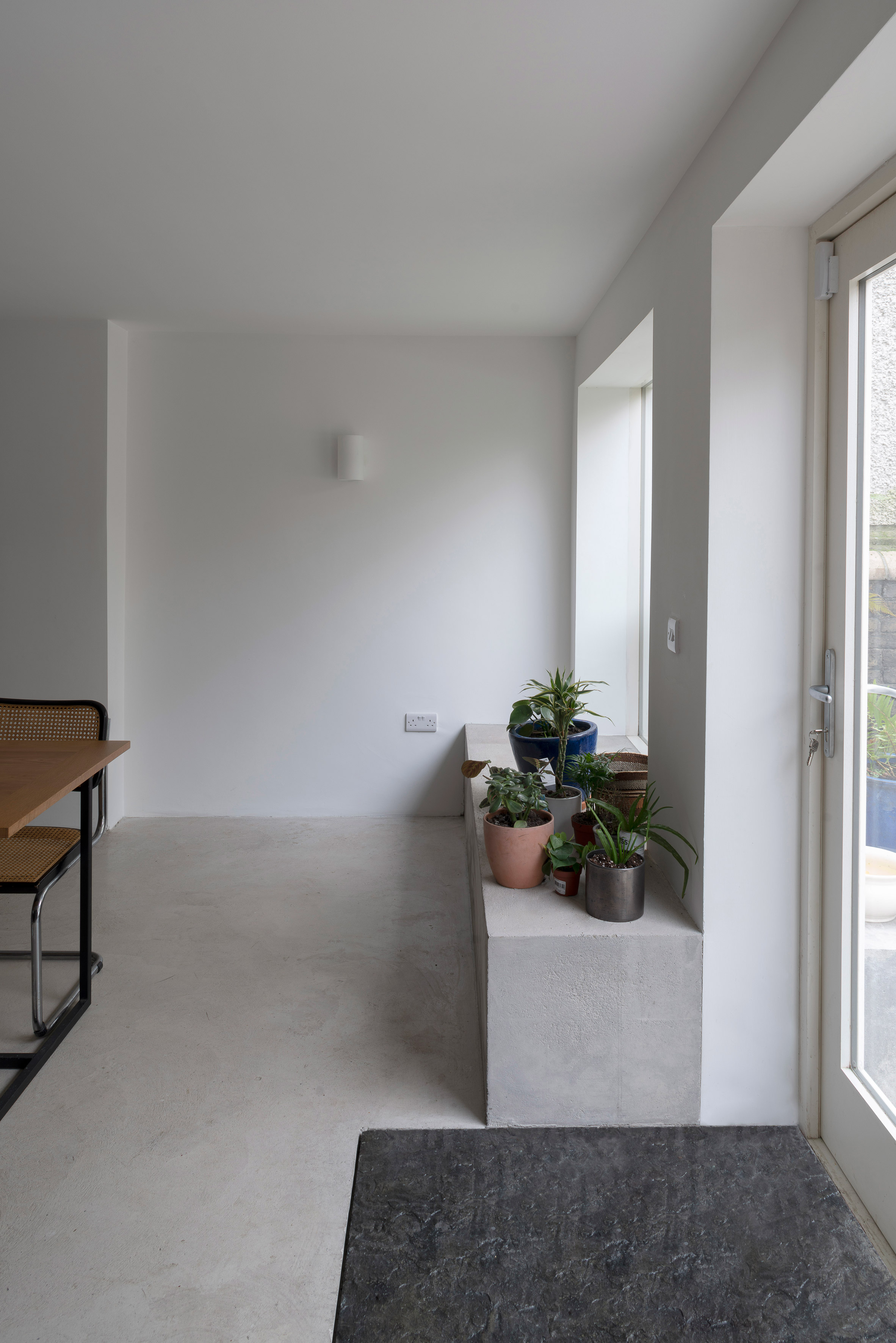 “Paint is such a key aspect of making powerful spaces in this context,” said Clancey. “We use colour to animate surfaces, and to give a depth to views through the space.”

Materials offer a memory of the building’s industrial past. Perforated metal provides exterior shutters and a staircase balustrade, while concrete provides both flooring and a window seat. 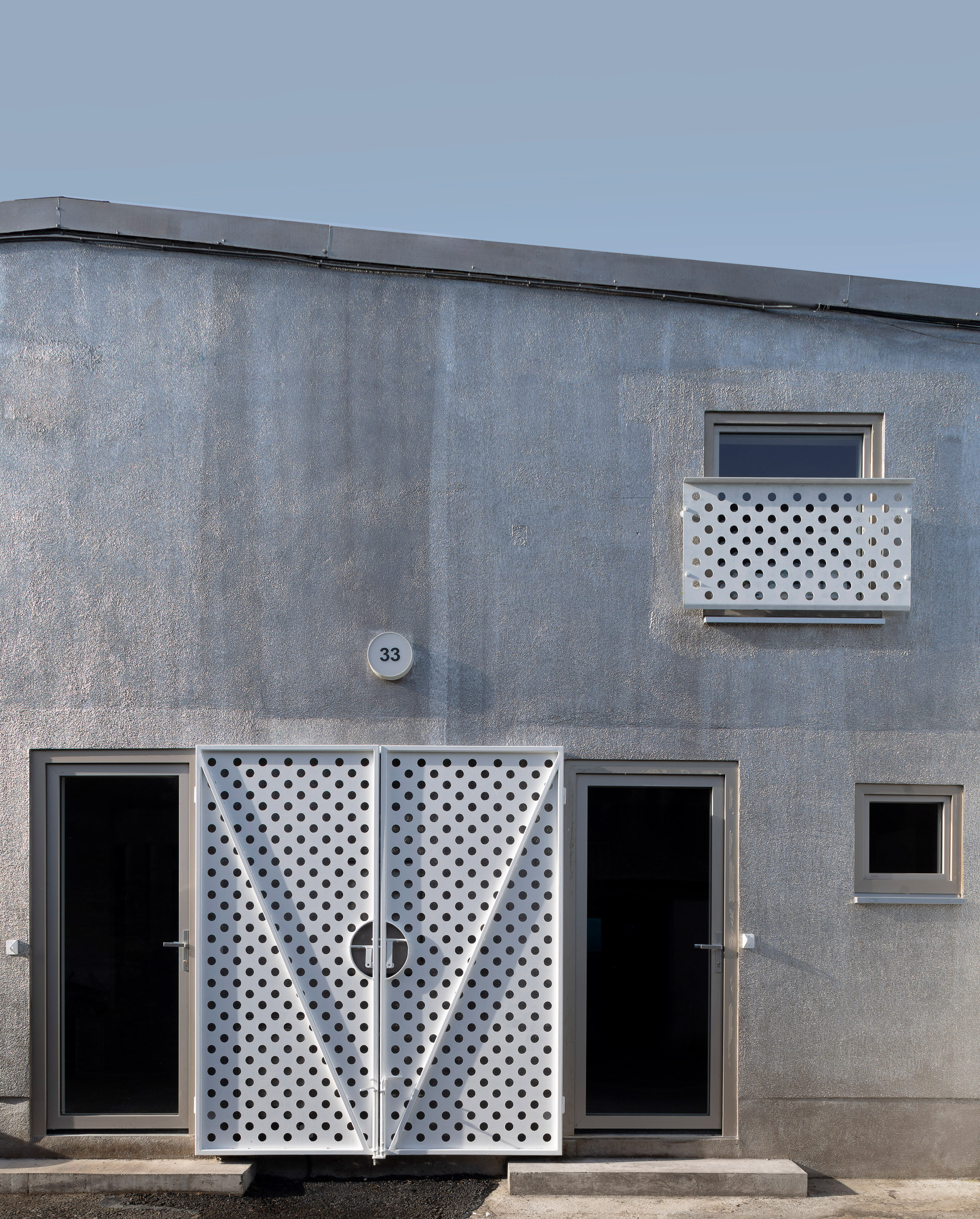 Warehouse conversions are an ongoing trend in architecture around the world. Other recent examples include Redfern Warehouses in Sydney and Dirk and the Chocolate Factory in Spain.

Photography is by Fionn McCann.