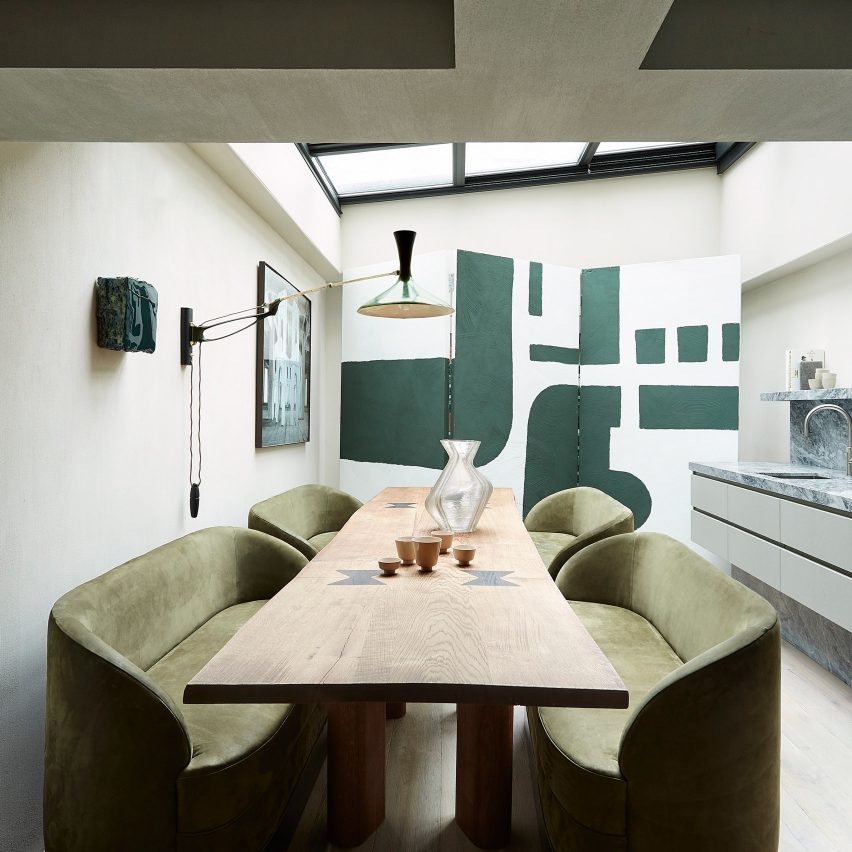 The creative director of design studio Framework has turned a neglected 19th-century warehouse in Amsterdam into a plush family home for his wife and two children.

The house is located along the waters of the city’s Prinsengracht canal and occupies a disused warehouse that was originally constructed back in 1896.

Over the years the five-storey building had fallen into a state of almost complete ruin, but owner Thomas Geerlings – founder of local design studio Framework – saw it as the ideal place to create his own family home. 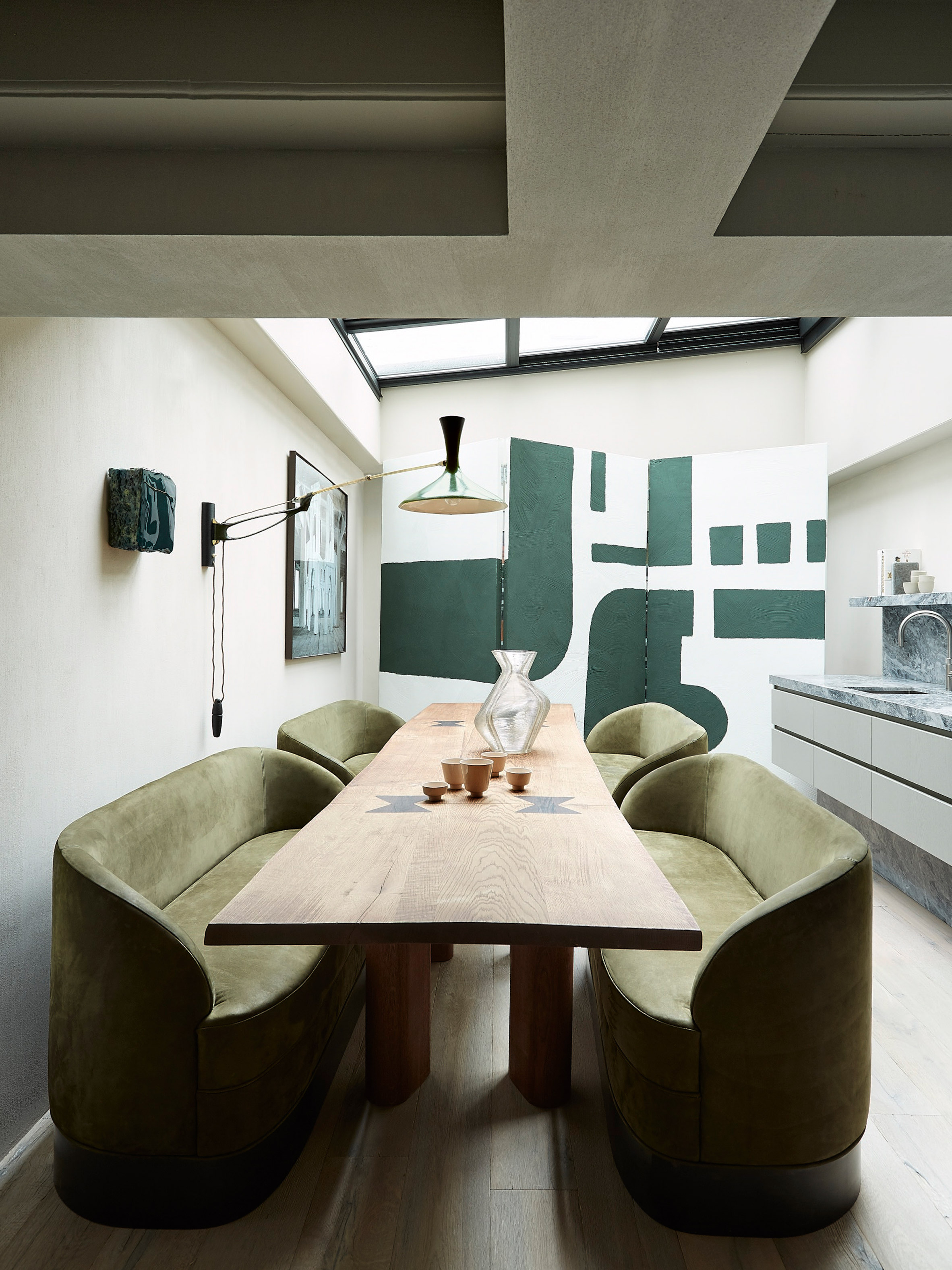 Framework first had to figure out how to work around the building’s meagre 50-square-metre footprint and narrow four-metre-wide facade, which was allowing very little natural light into the rear internal rooms.

The studio decided to insert a black-framed glass roof above the kitchen. As the home doesn’t have a garden, Geerlings also ensured that the roof was retractable so that, in good weather, the room can be opened up to the outdoors. 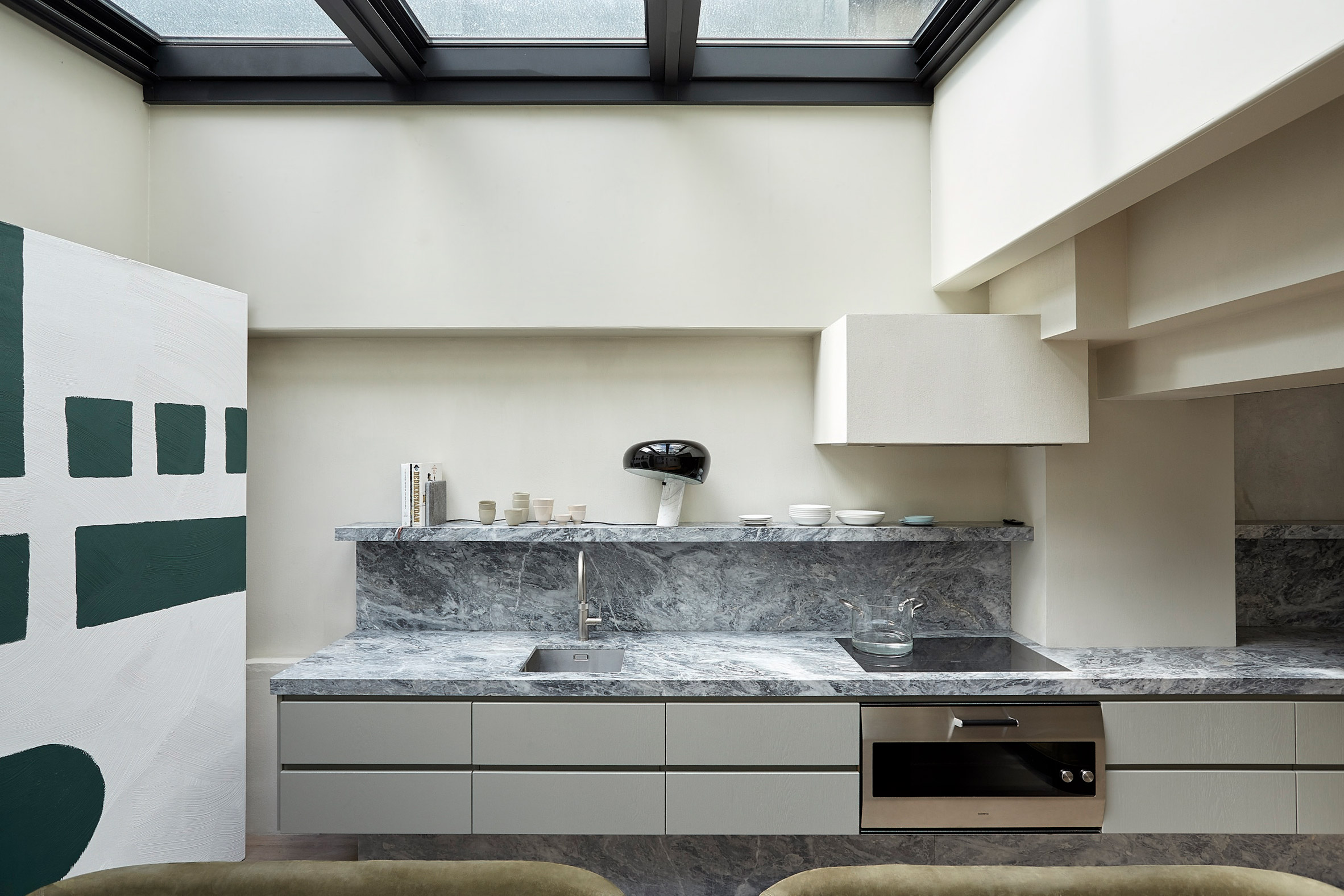 Directly underneath sits a long timber table and wide, olive-green dining chairs that were custom made by the studio. Grey marble has been used to craft a splashback and chunky countertop above the kitchen’s low-lying cabinetry.

A white screen painted with abstract emerald-coloured shapes has been erected at the rear of the space. 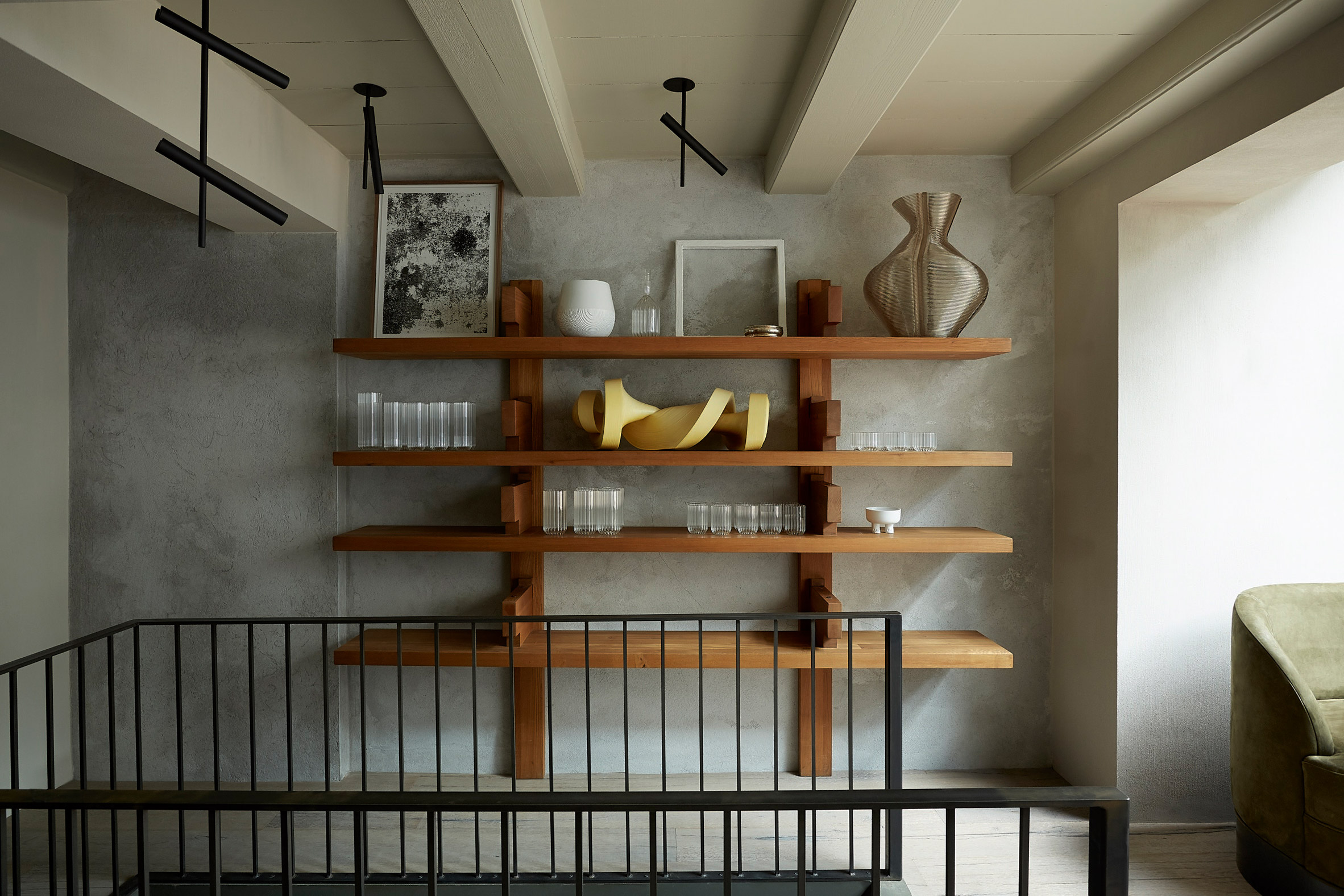 Although the studio initially had to strip away most of the building’s dilapidated interior, a structural partition on the first floor had to be left in place.

It now divides a formal dining area and a nook with a five-metre-long bench seat where the parents can work or the two kids can do arts and crafts. 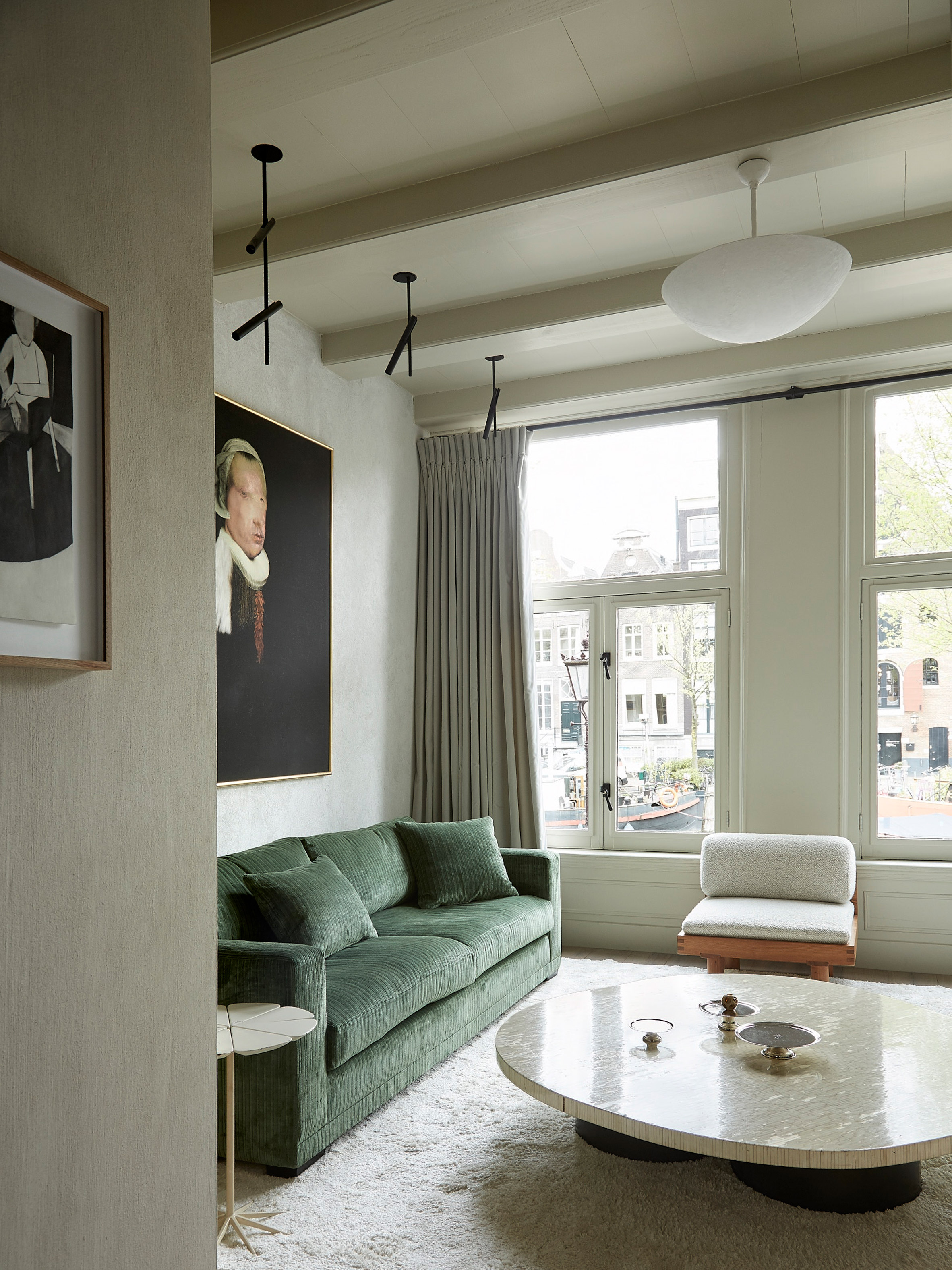 The other side of the first floor accommodates a sitting room.

It’s dressed with a stone-topped coffee table, sofa upholstered in deep green corduroy and a huge painting. Made by Italian artist Lamberto Teotino Titolo, it is a playful take on traditional paintings by the Dutch masters. 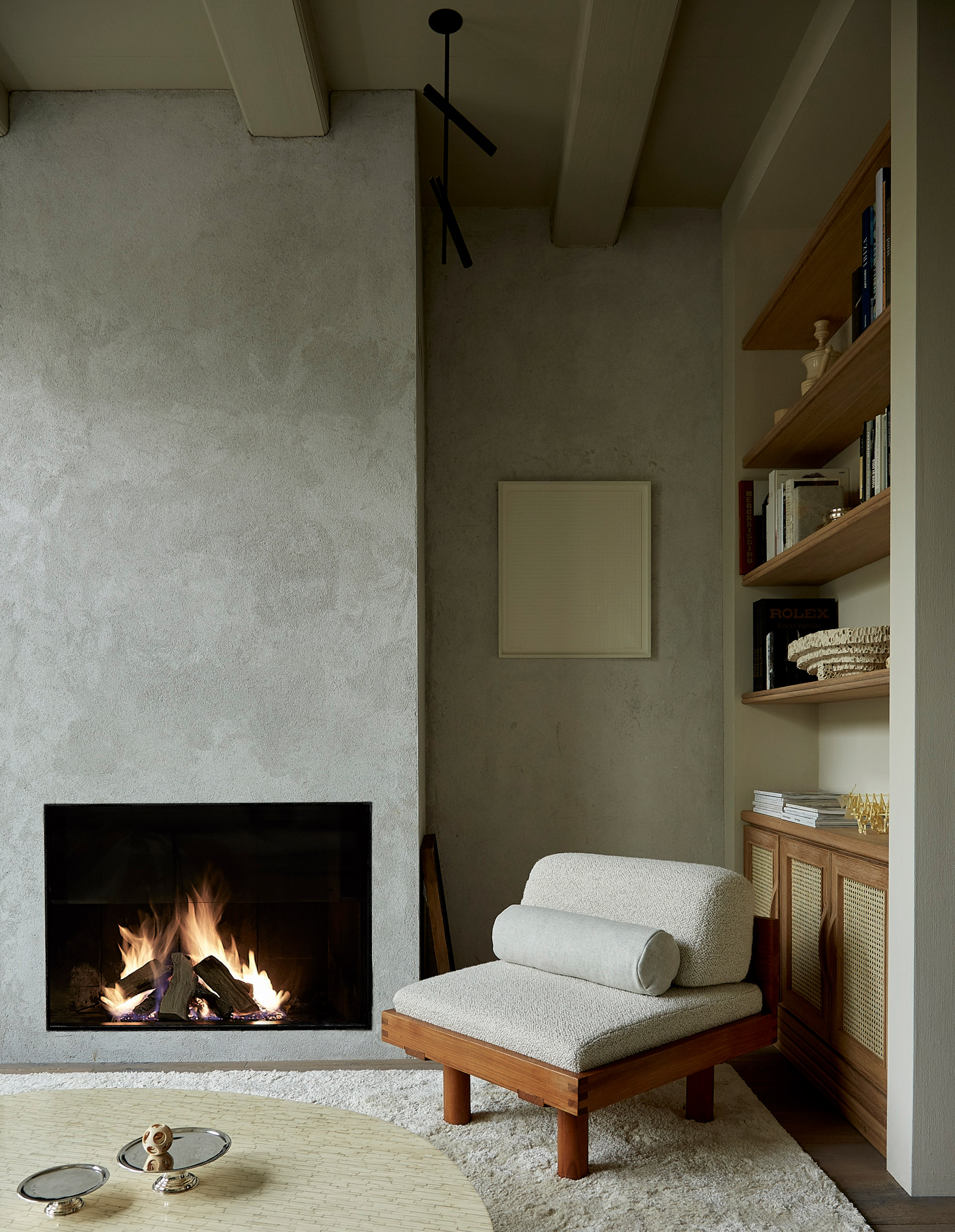 Oakwood floorboards run throughout, complementing the walls that have been loosely rendered in concrete stucco.

“The original character of the building made us go back to the rough grey tones and wooden floors,” Geerlings told Dezeen. 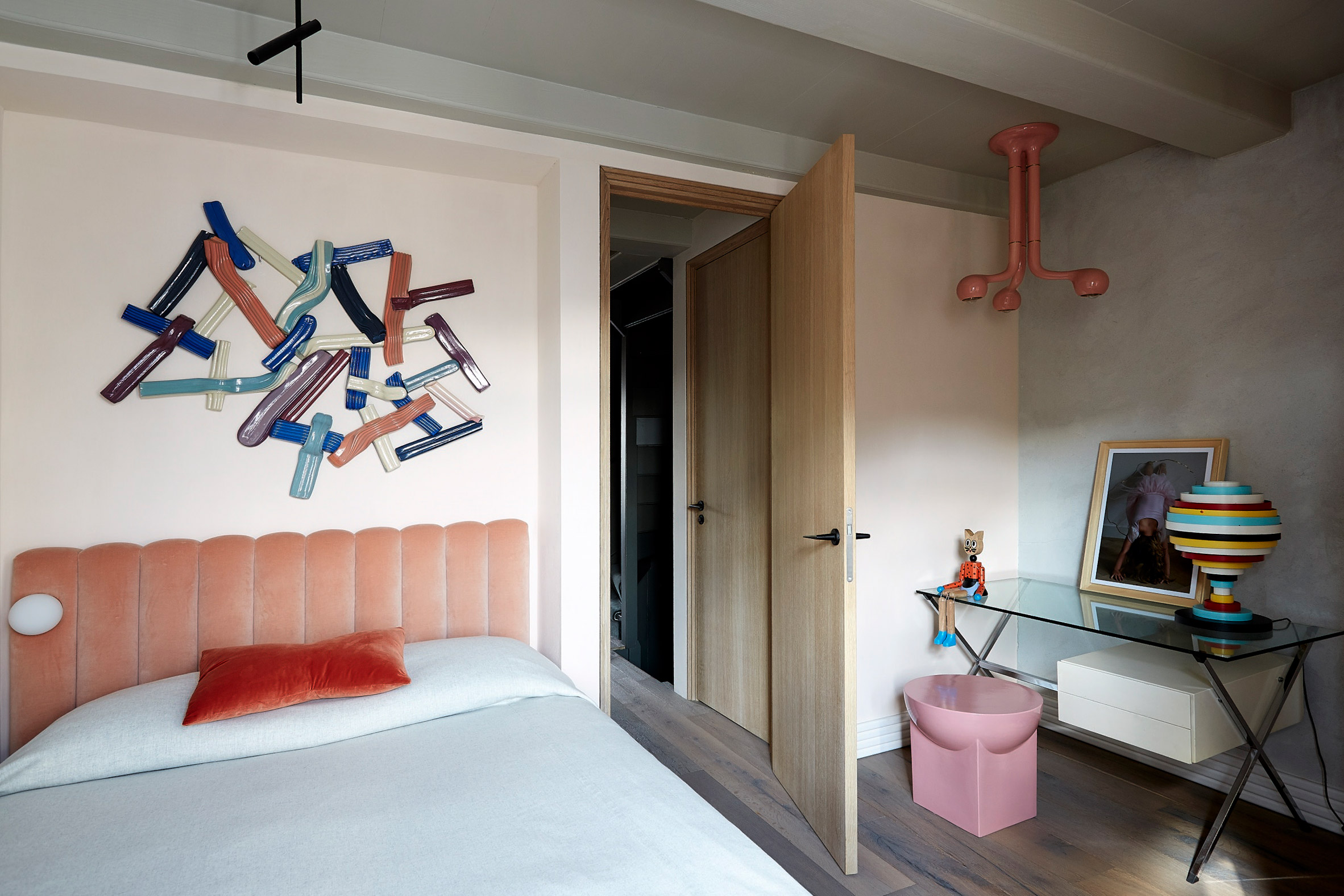 Bolder colours, materials and furnishings appear in other rooms of the house. Surfaces have been painted dusky pink in one of the kid’s bedrooms, where there is a vintage statue of Disney character Pluto.

The home’s entryway also has veiny natural stone flooring and a zebra rocking horse that Geerlings had handmade in England. 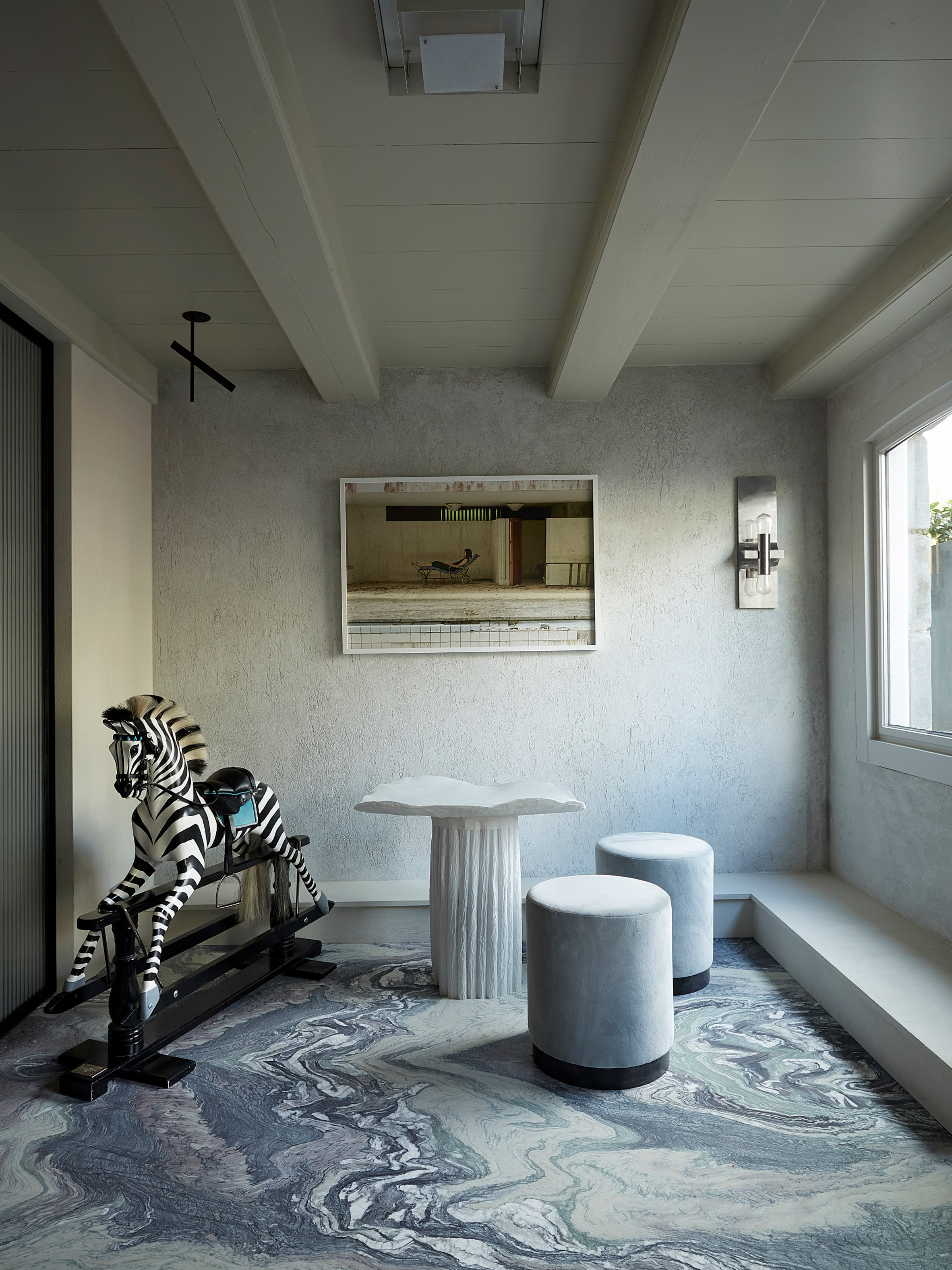 Framework was established by Thomas Geerlings in 2006 and has offices in Ibiza, Paris and Amsterdam.

Geerling’s house joins a number of striking homes that line the Dutch capital’s canalways – others include this loft apartment designed by Standard Studio, which features expansive skylights and a central open-air courtyard.

Photography is by Kasia Gatkowska.