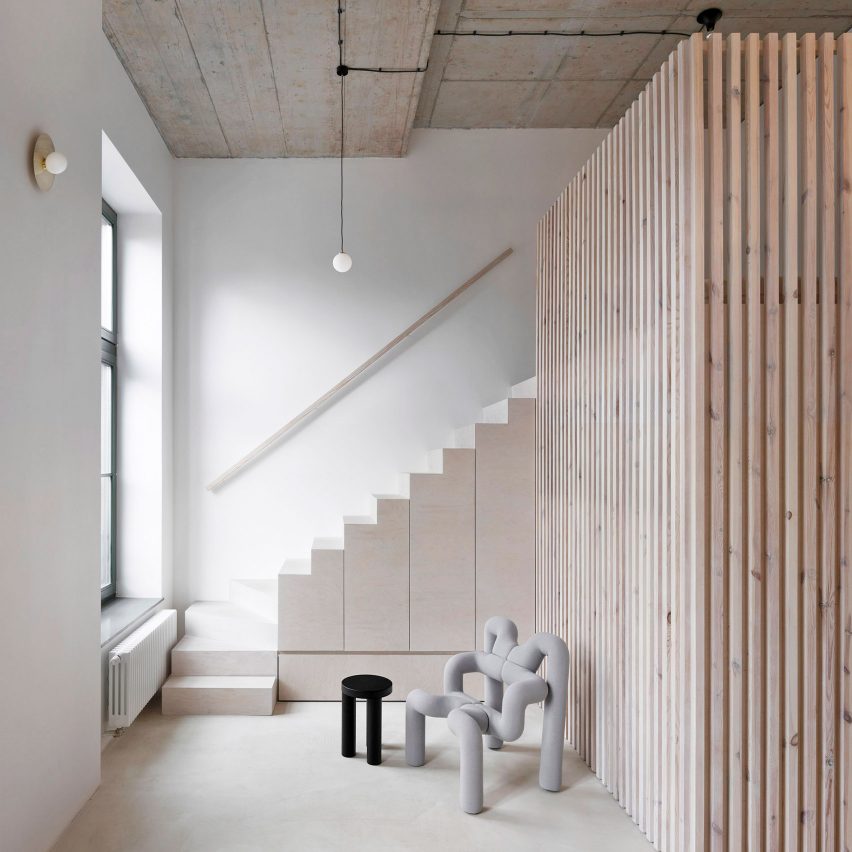 Boxy timber volumes tuck away the beds and bathrooms of these minimal holiday apartments designed by Thisispaper Studio, which lie at the heart of the Polish capital.

The two flats – named K916 and K907 – are set within an old print warehouse in Warsaw’s Praga district that was originally built in 1903, but has since been converted for residential use. 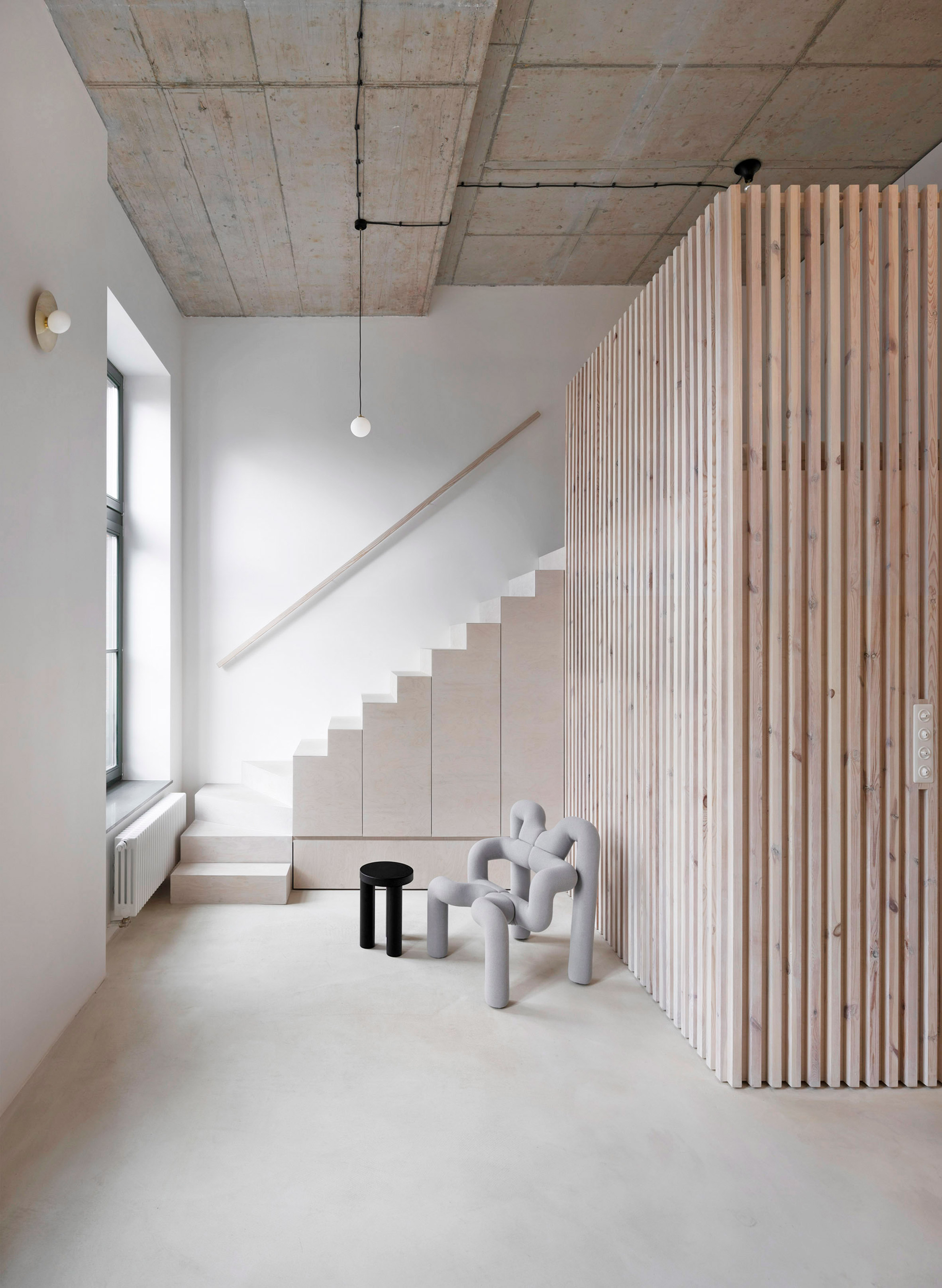 They come as part of Thisispaper Studio‘s A-Place hospitality concept, which launched back in 2018 with the opening of a rentable holiday apartment in a former vodka distillery nearby.

K916 and K907 have both been finished with sparse interiors, reflecting the minimalist aesthetic that the studio says is “in the core” of its design process. 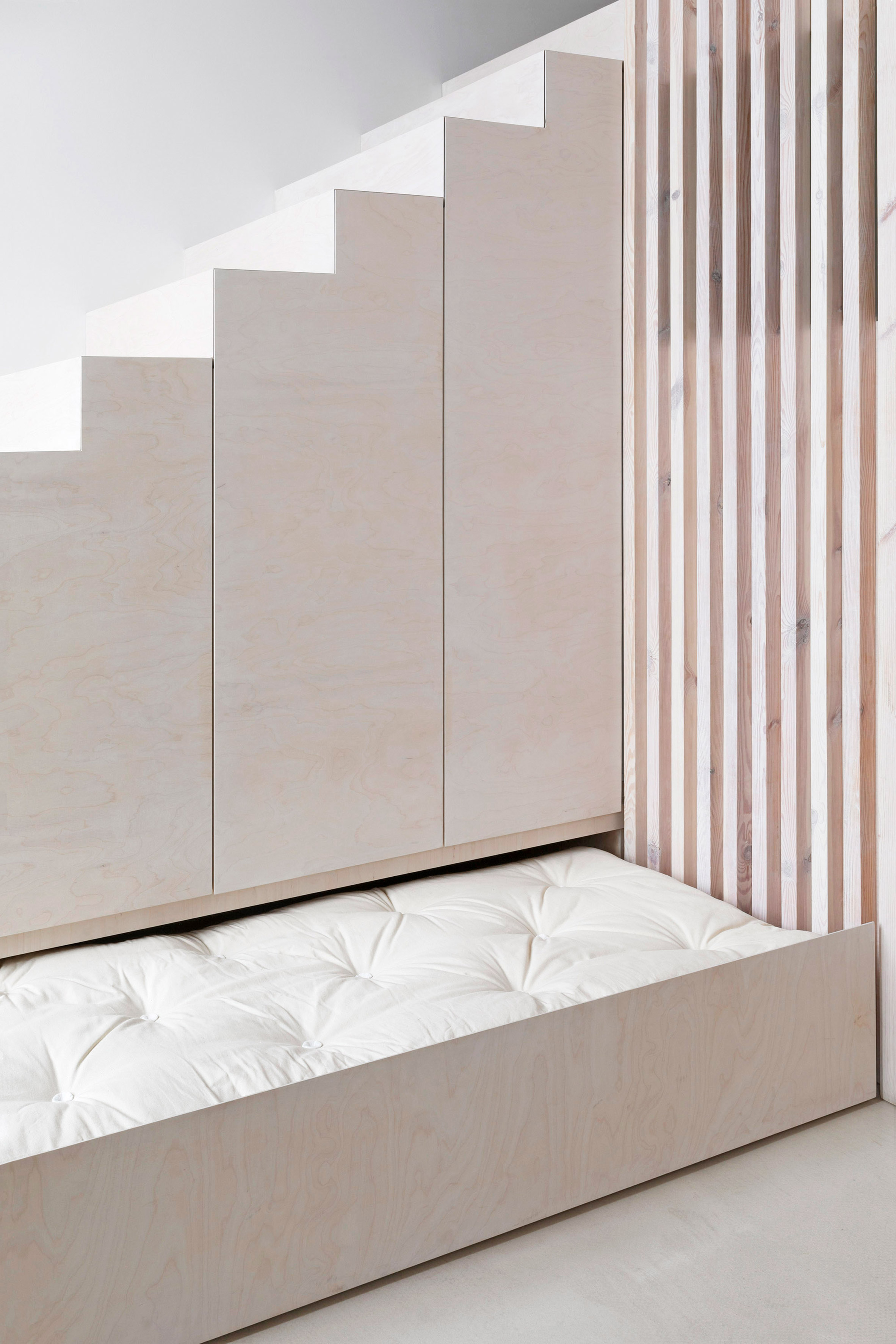 “We always have a desire to bring about a sort of quietness – I’m afraid that human species are overloaded with information, events and visual distractions,” the studio’s co-founder, Zuzanna Gasior, told Dezeen.

“What we miss during everyday travels is a peaceful moment to unwind, relax or simply pause for a while. Therefore we decided to go for an ultra-minimal look.” 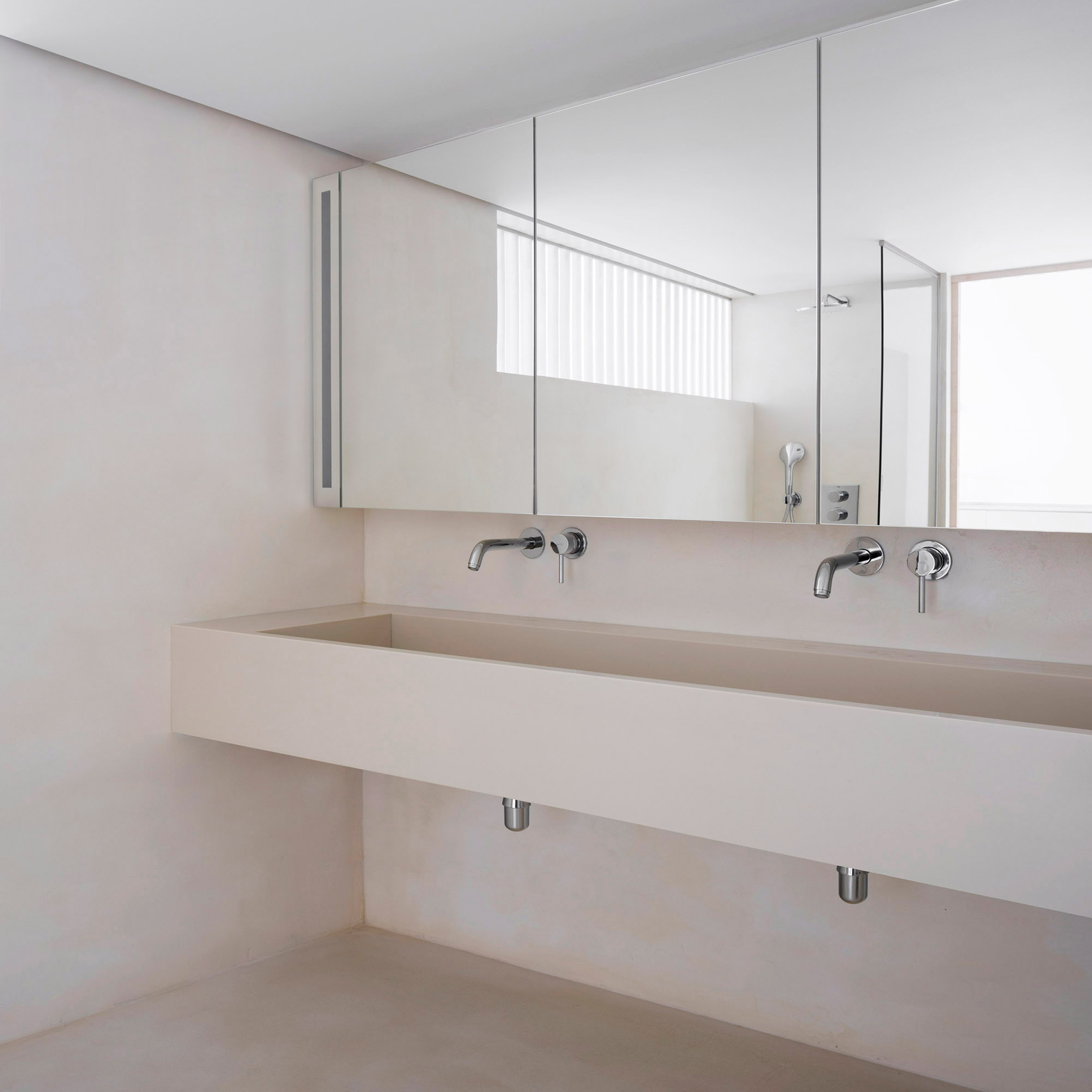 A boxy volume made from slats of pine plywood is one of the few fixtures to appear in K916.

“[Wood] warms up the interior,” explained Gasior. “The existing structure of the concrete ceiling and flooring made an autonomous and raw character, so in order to bring balance we use more familiar human materials.” 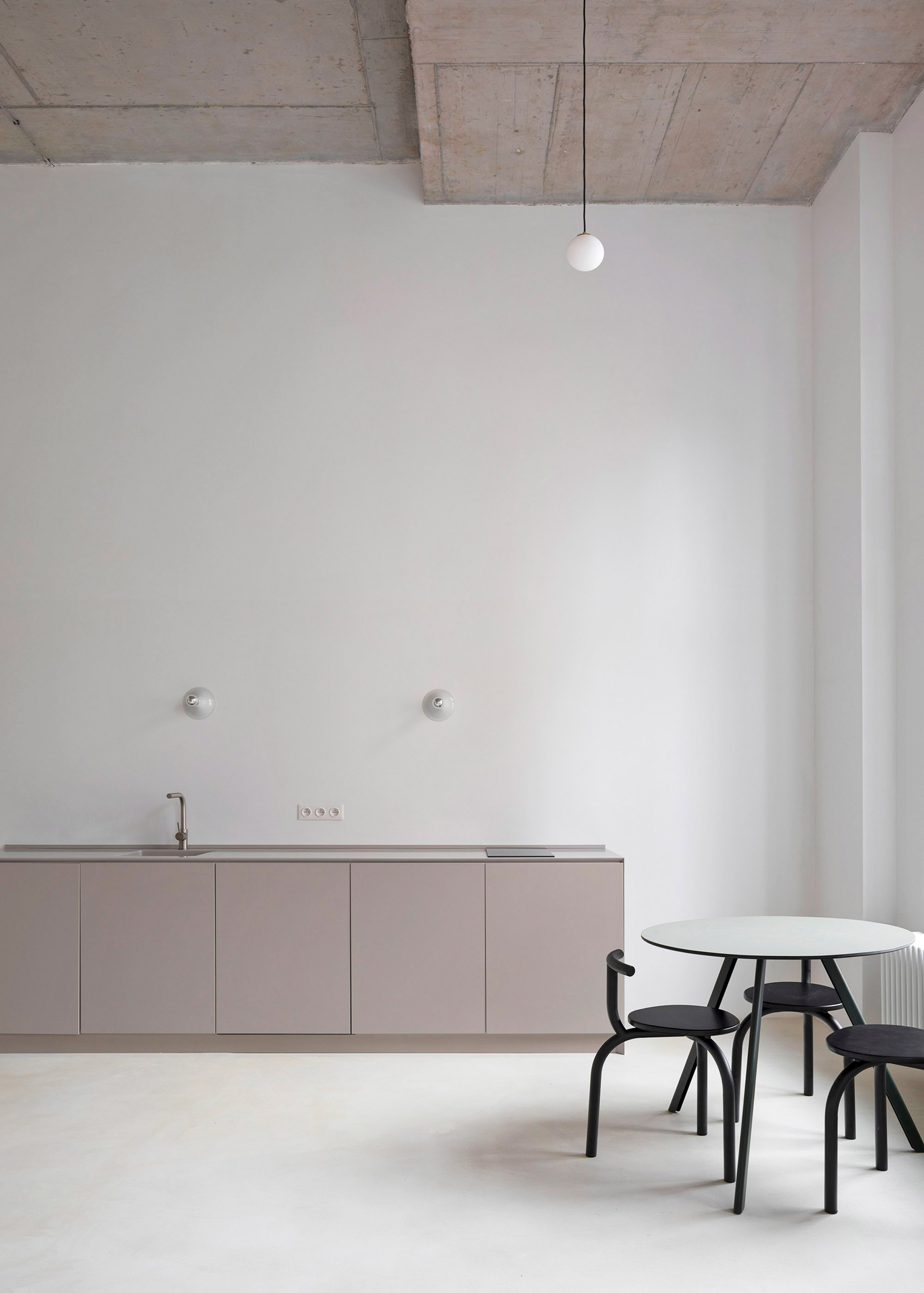 The box was purposefully designed to sit just below the ceiling, drawing attention to the lofty dimensions of the apartment.

Inside, it accommodates a bathroom with a large mirror vanity cabinet and a sink basin that runs the full length of the wall. 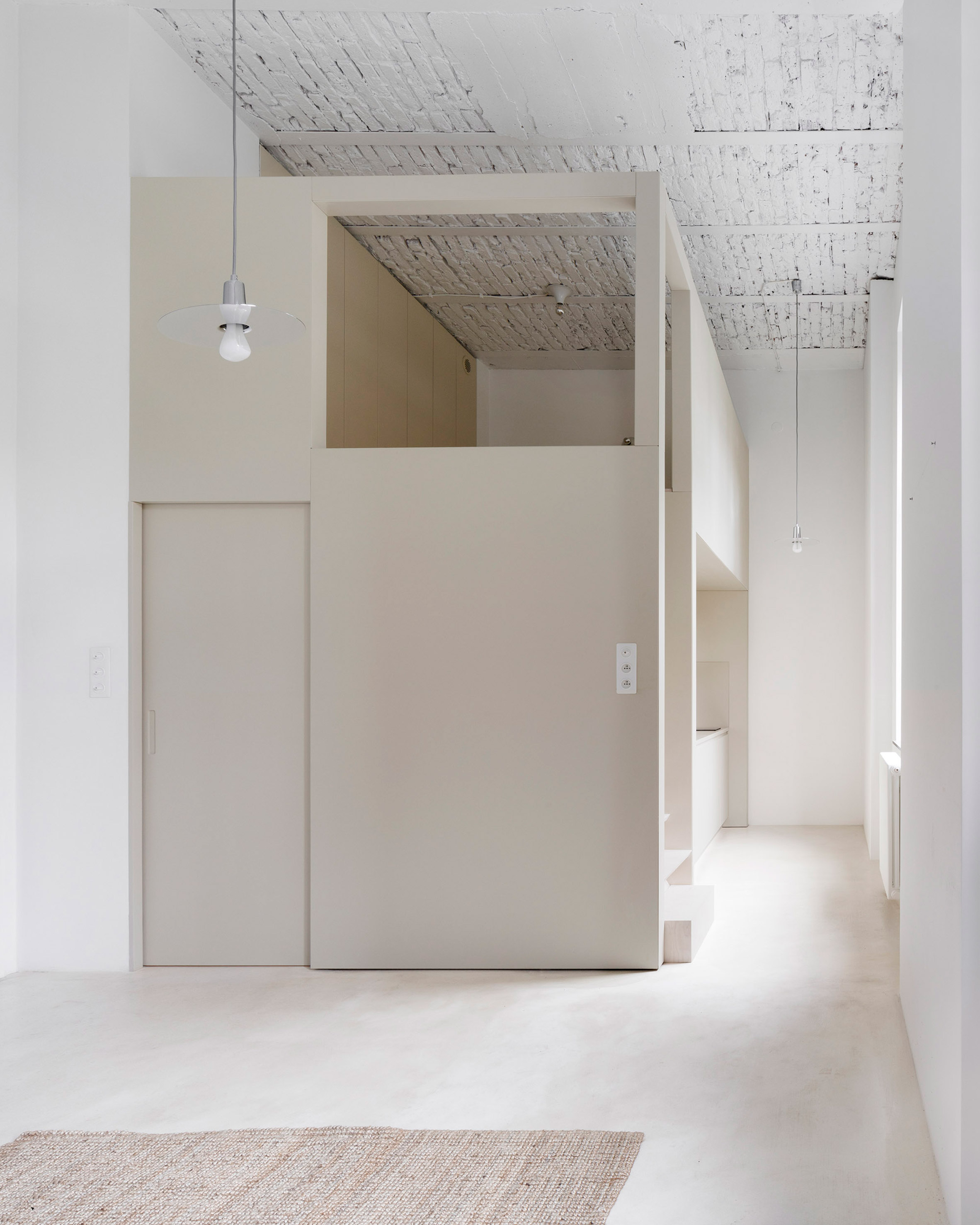 The top of the volume has been made into a mezzanine level bedroom, accessed by a short flight of steps also crafted from pine plywood.

Guests can alternatively sleep on the pull-out bed that extends from the bottom of the staircase. 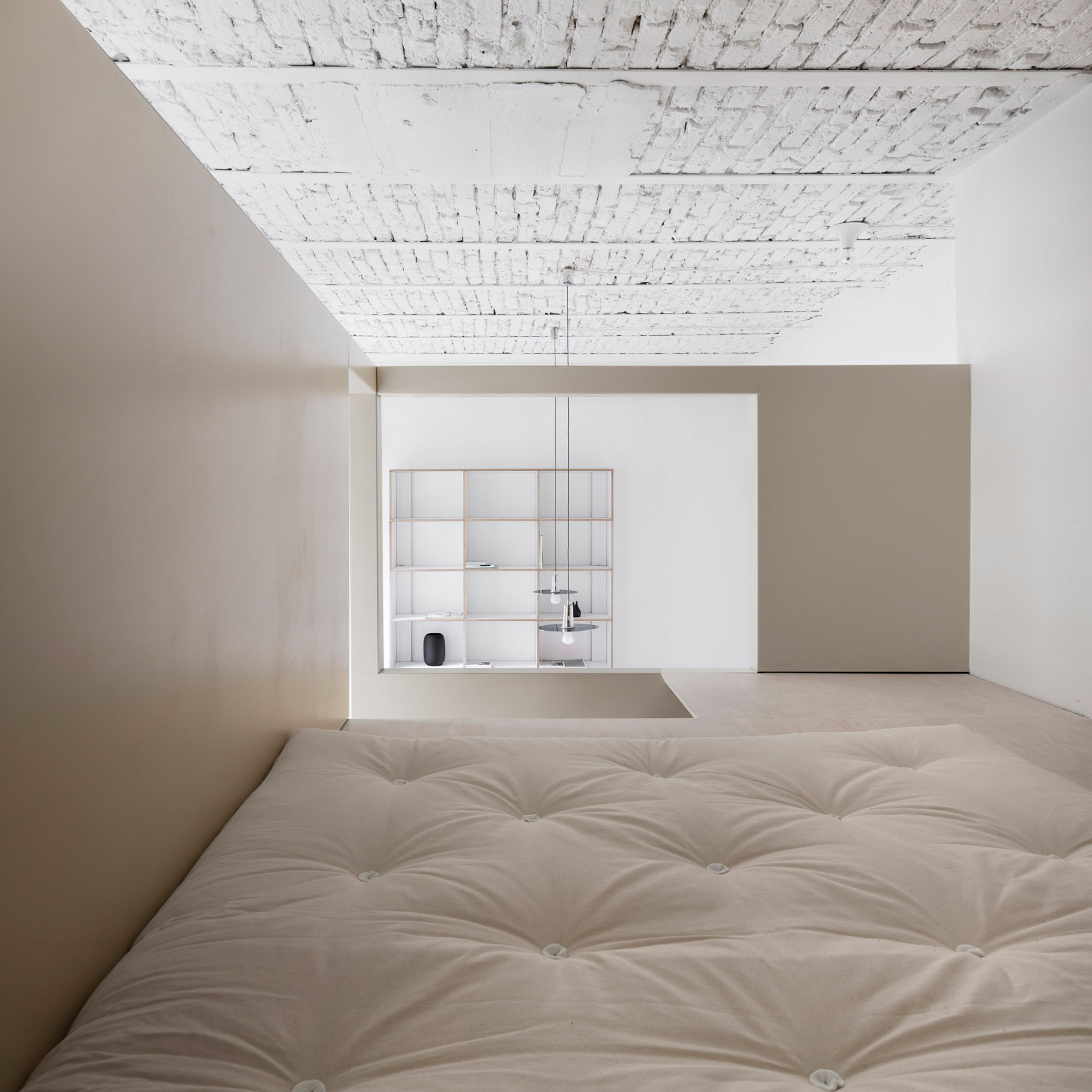 On the idea side of the rooms lies a kitchenette, complete with mauve-coloured cupboards.

A handful of furnishings have been dotted throughout, including an armchair by Norwegian designer Terje Ekstrom​for with a wobbly tubular frame, and geometric dining seats by Hayo Gebauer.

Circular brass sconces have also been mounted on the walls, while shiny chrome pendant lamps dangle from above. 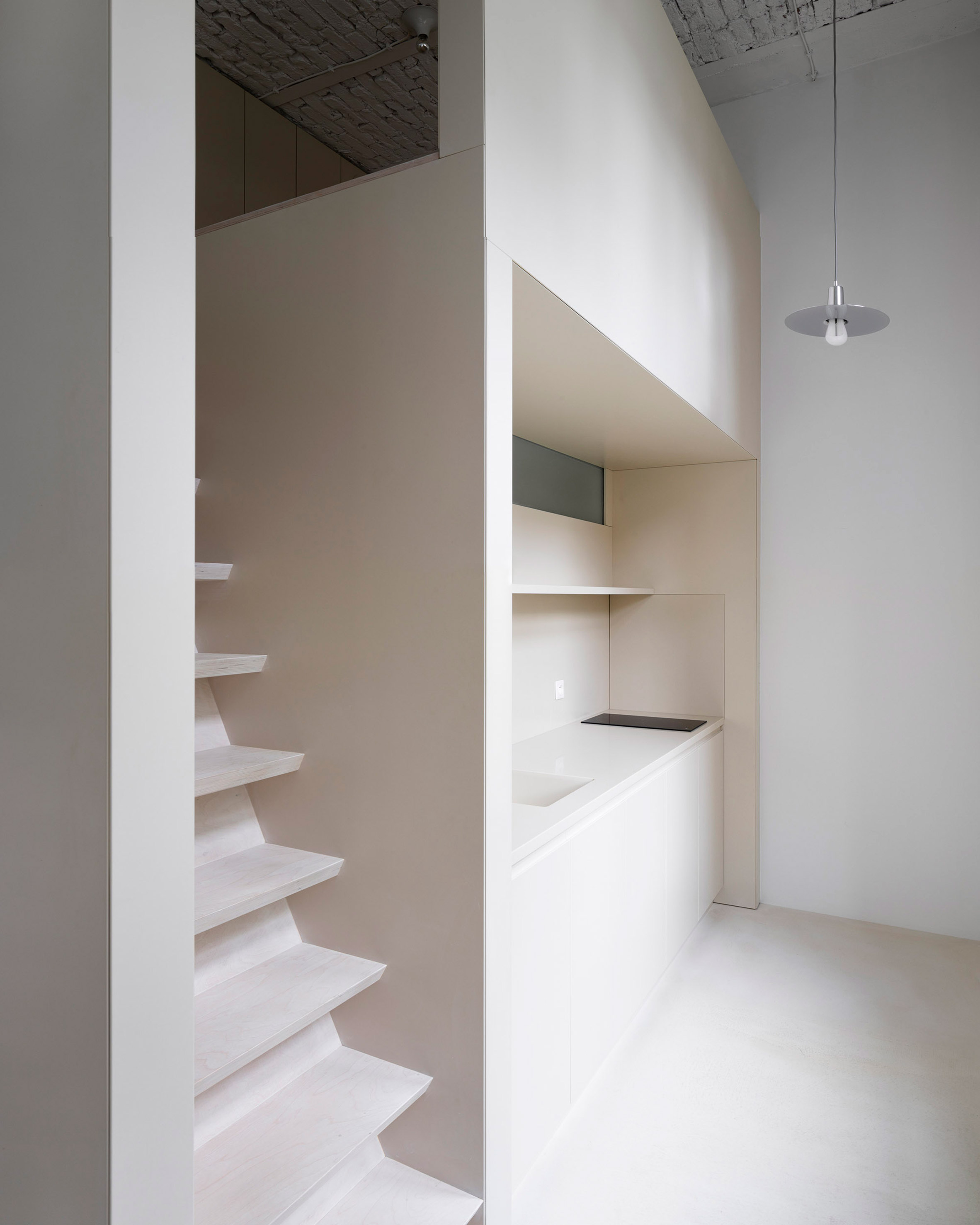 The K907 apartment is similarly dominated by a box-shaped volume, but this is instead made from plain panels of pine plywood.

It also has a square-cut out that peeks through to the mezzanine bedroom, while below there are wash facilities and an in-built kitchen suite. 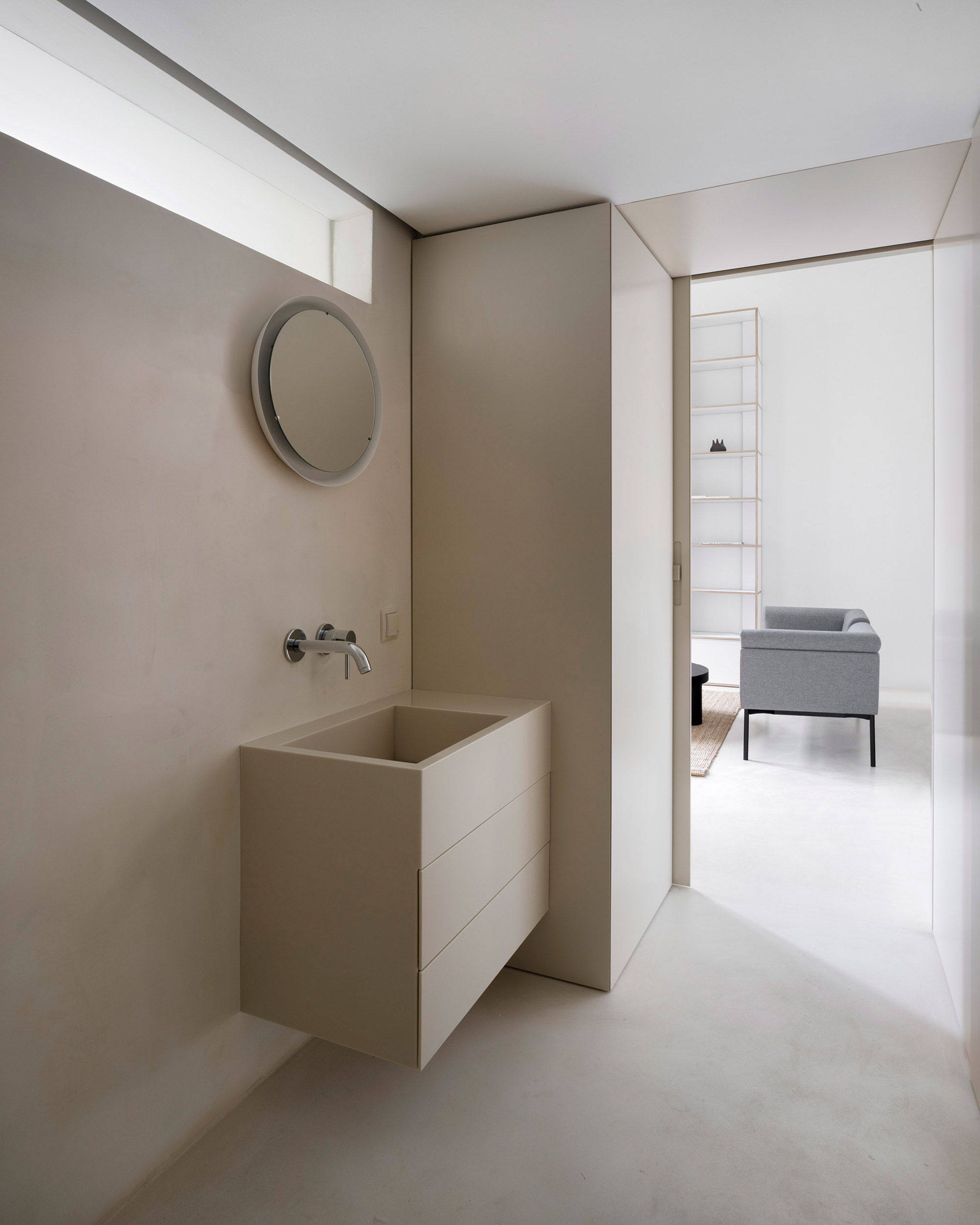 The space is otherwise dressed with a woven rug, chunky coffee table by Philippe Malouin and a dark-grey sofa by local designer Maja Ganszyniec, which appears to be split in half.

“These are objects which we desire to constantly look at, we highly appreciate their form and how they function,” added Gasior. 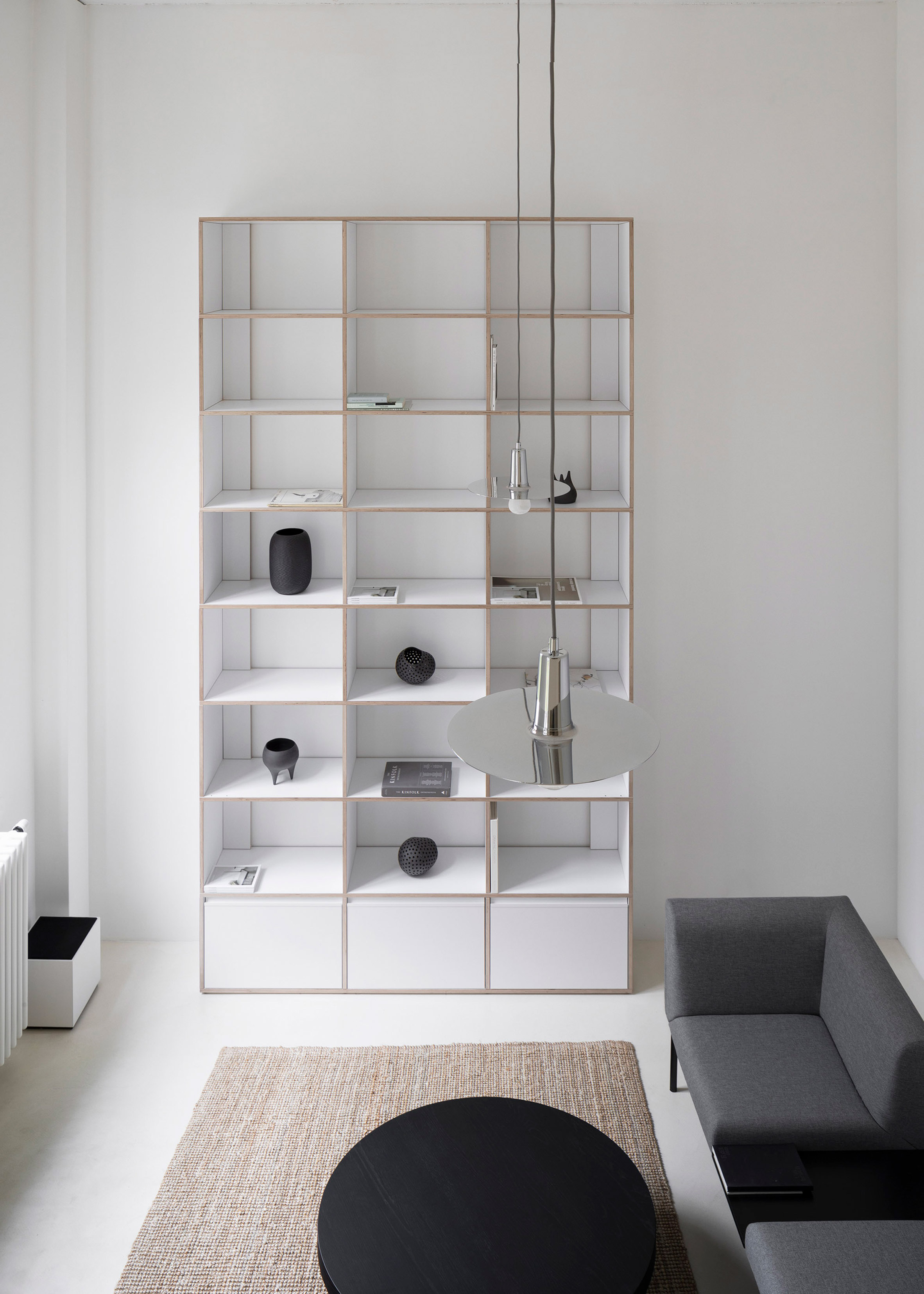 Thisispaper Studio was established in 2011 by Zuzanna Gasior and Alexander Zakharov. Back in 2016, the studio converted a Soviet-era dental clinic in Warsaw into its own design store where it sold an array of books, Japanese tea and lifestyle products.

Photography is by Maja Wirkus.

The post K916 and K907 are a pair of pared-back holiday apartments in Warsaw appeared first on Dezeen.