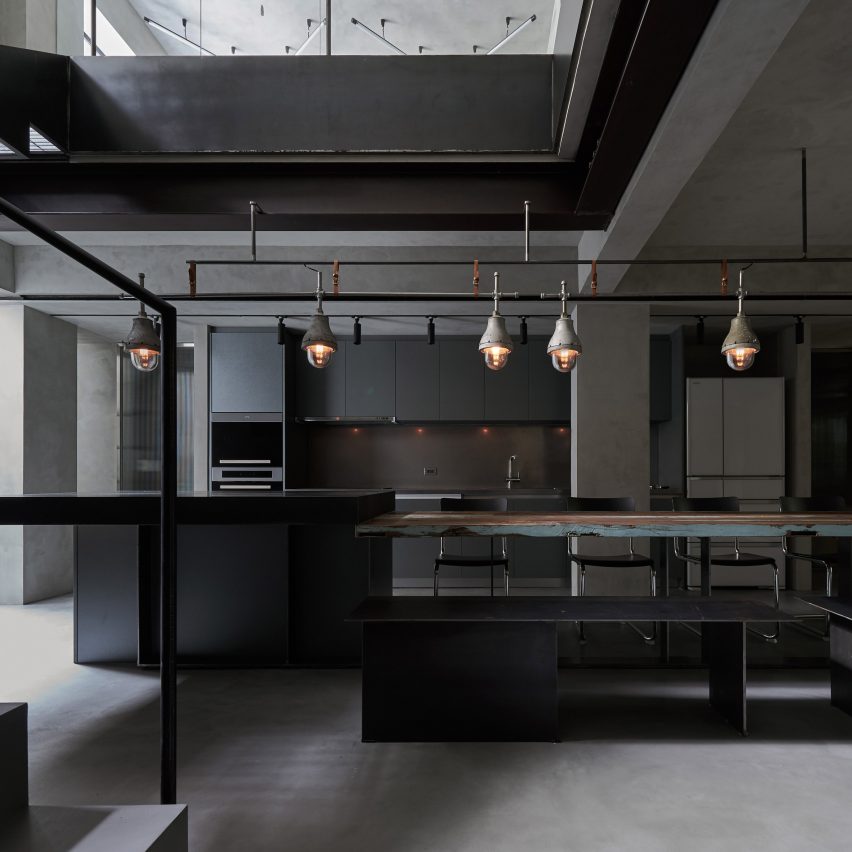 The neglected basement of this apartment in Taipei has been overhauled by KC Design Studio to feature a series of greyscale rooms and an indoor courtyard.

The apartment, named House H, is set within a residential block in Taipei’s Shilin district and is occupied by a family of four.

With the children growing up, the family were starting to feel increasingly constricted in their ground floor apartment, so they approached KC Design Studio to transform the disused basement below into additional living quarters. 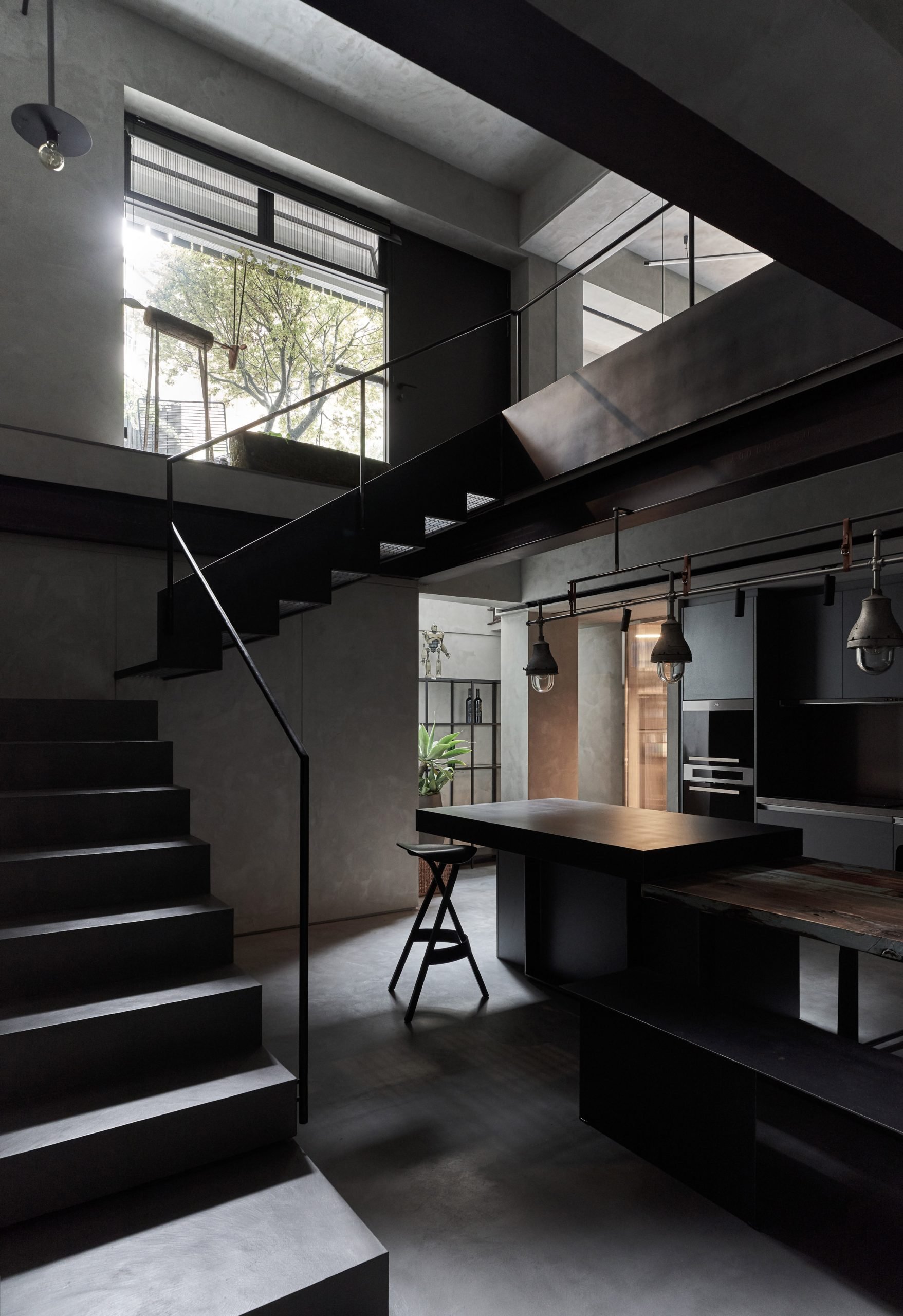 The basement presented some significant problems – as the apartment block is sandwiched between two buildings, it would only be possible for the basement to receive natural light from either the front or the back of the plan.

As the basement had only a few ventilators, there was also poor air circulation. 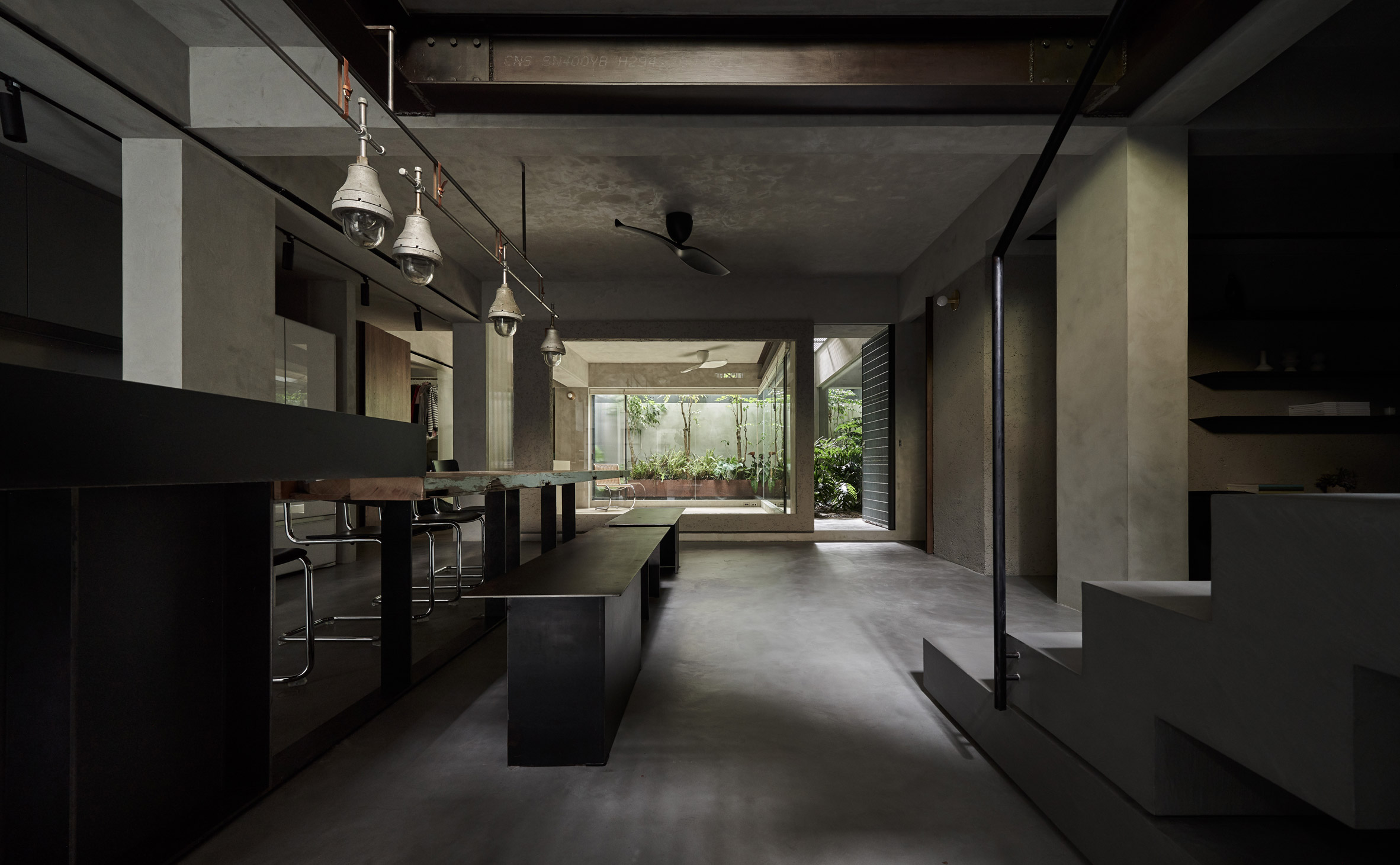 To combat this, the studio decided to carve several openings into the basement’s ceiling. One large rectangular opening towards the front of the basement allows sunlight to stream down from the windows on the ground-floor facade.

This opening also accommodates a staircase that connects the apartment’s two floors. 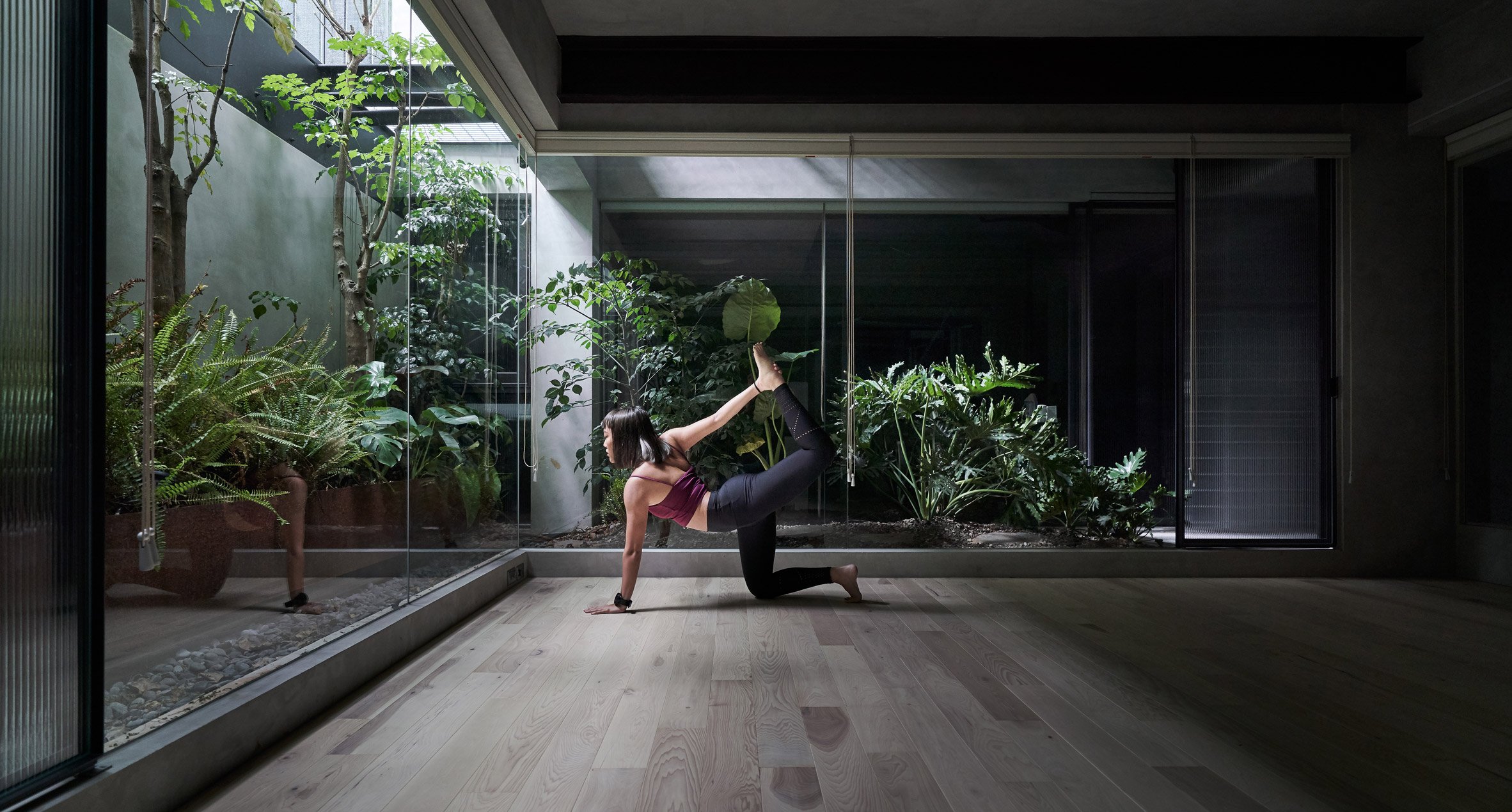 An L-shaped opening has then been made in the ceiling at the rear of the basement, topped with gridded metal sheeting so that air can circulate from the ground floor above. The area directly beneath the opening has been fronted with glass to form an indoor courtyard.

Inside, it’s filled with an array of leafy green plants and a small chinaberry tree. 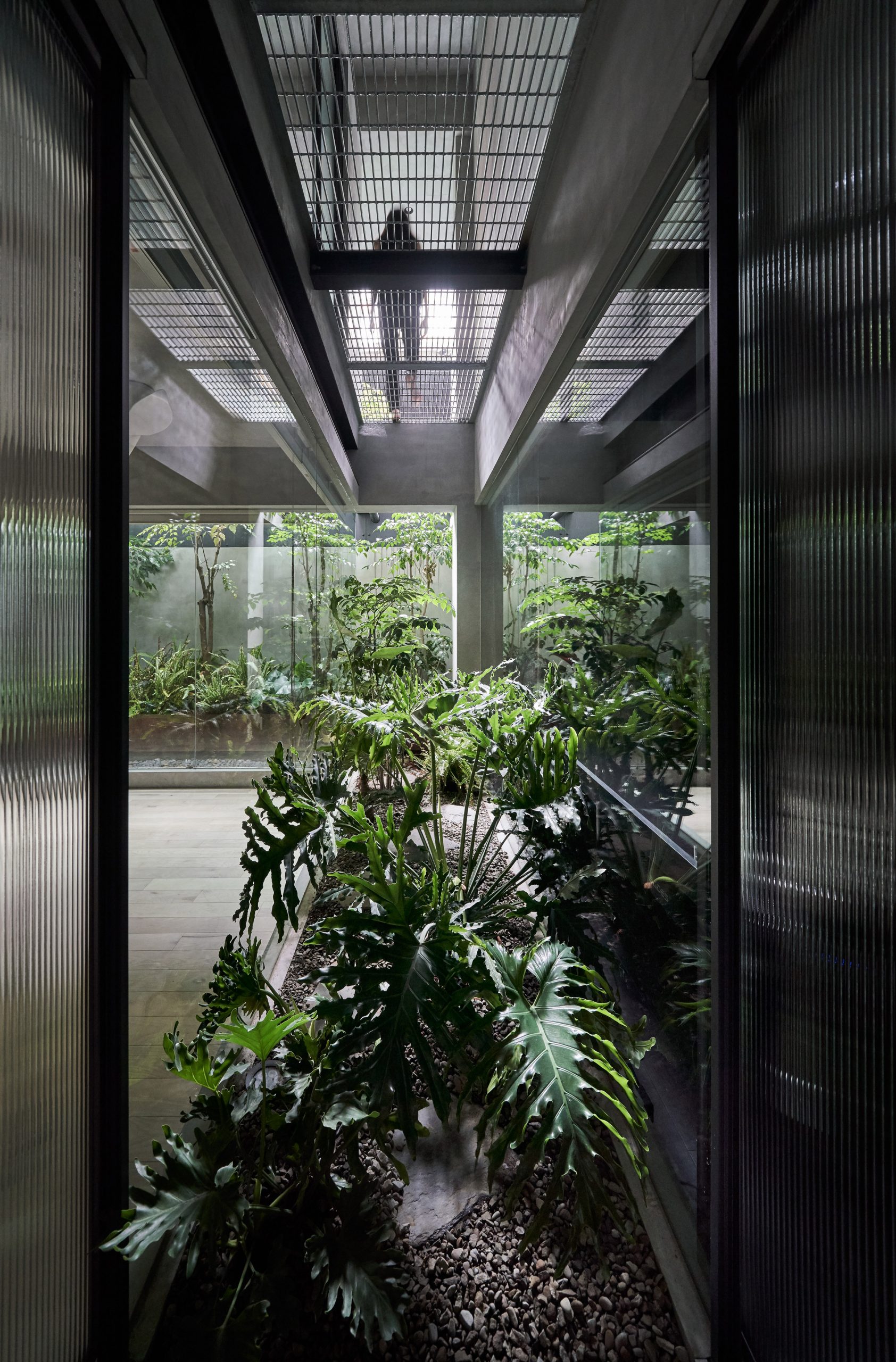 The thick foliage acts as a natural privacy screen between the daughter and the son’s bedrooms, which have been relocated to the basement.

“In the night, the light and shadow of the leaves become the leading role in the space,” explained the studio. 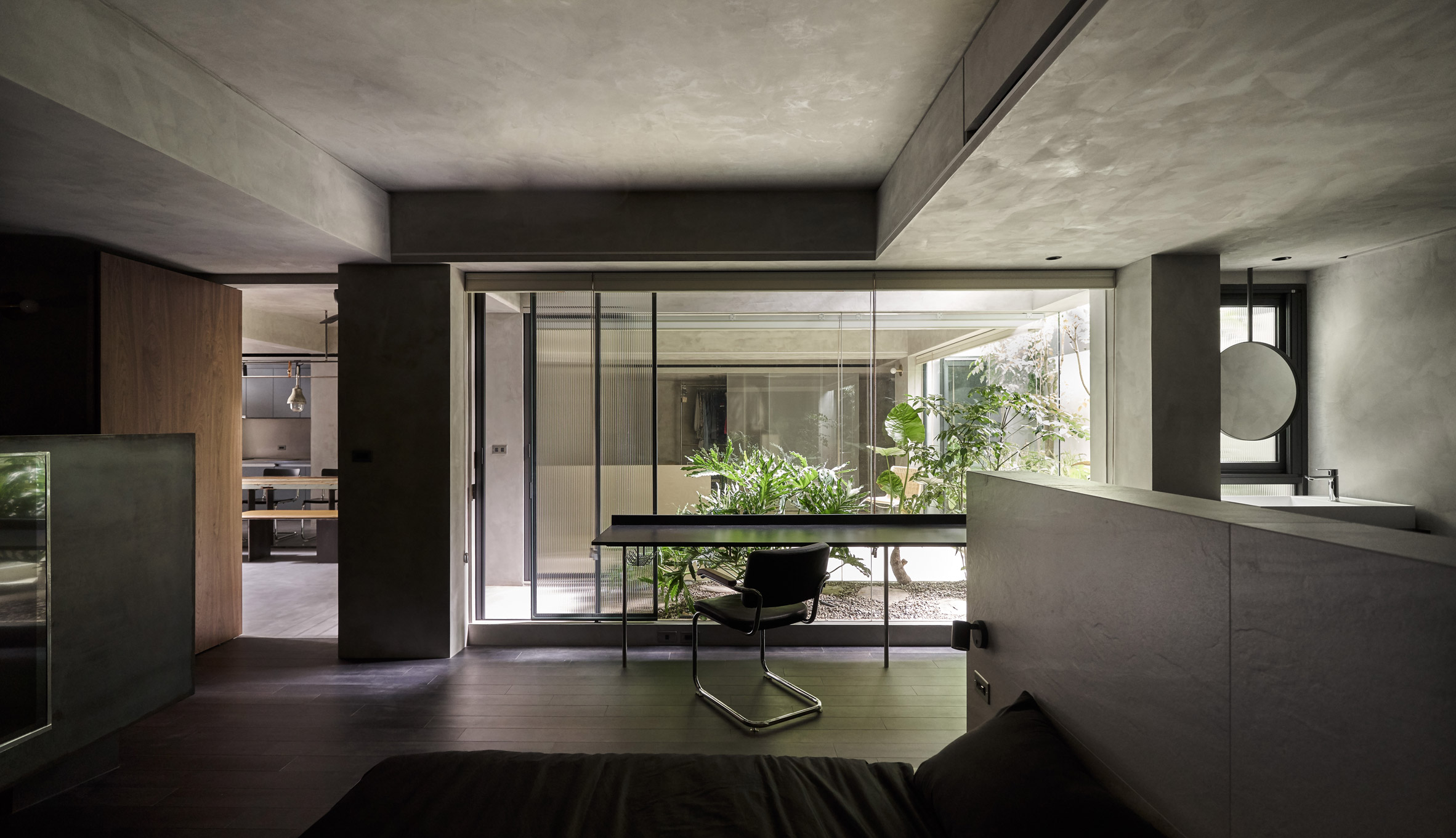 The ground floor now largely acts as a master bedroom suite for the parents, complete with its own walk-in-wardrobe. There is also a prayer room for the family at this level. 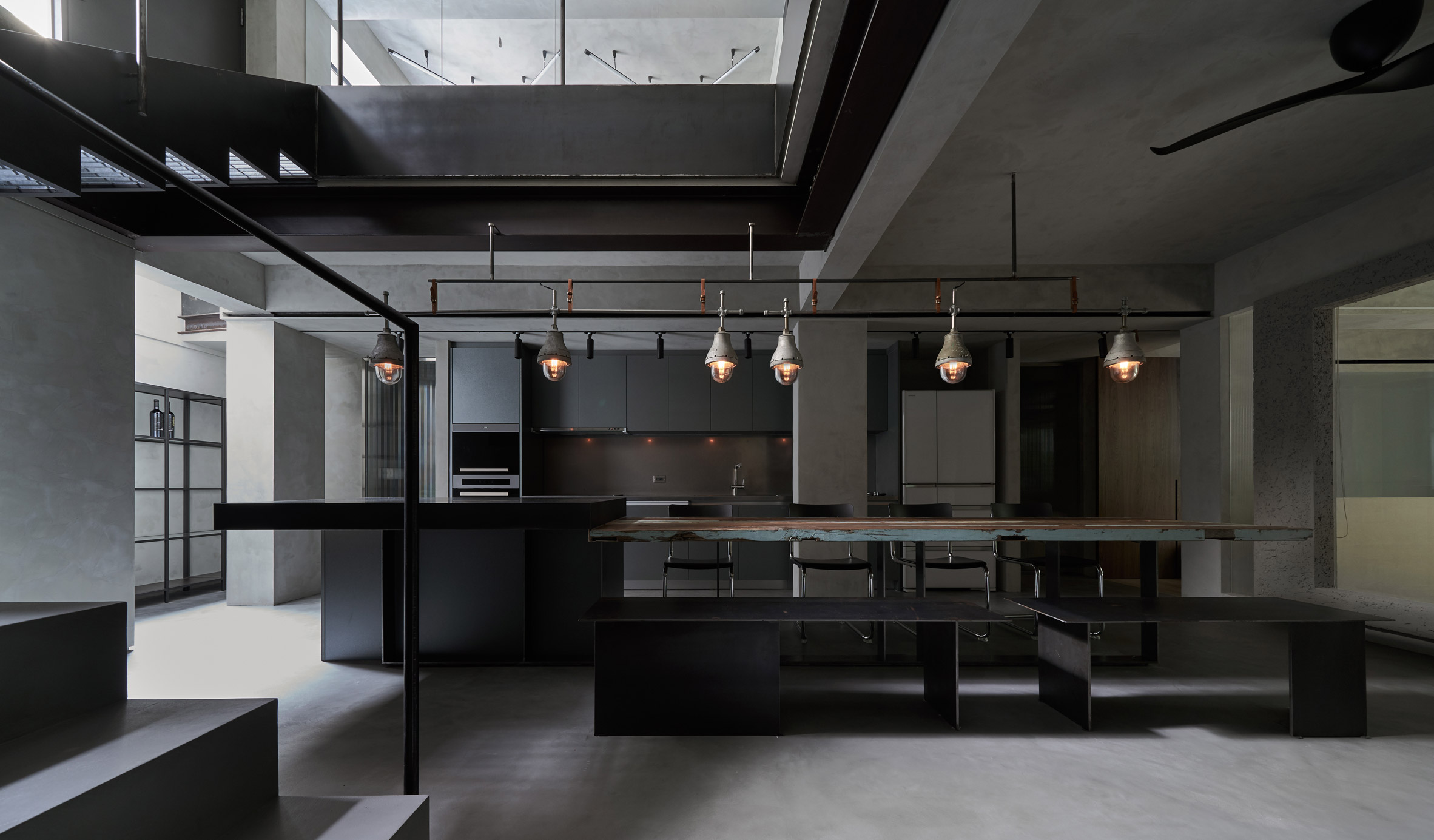 A moody colour palette has been applied throughout the home. Walls have been loosely rendered with grey plaster and a majority of the floor has been poured over with concrete.

Almost all of the lighting fixtures are black, apart from a row of metal pendant lamps that dangle above the dining table. Slate-coloured cabinetry features in the kitchen behind.

“We selected different materials but kept them as monochrome as possible to keep it simple and unadorned – in this case, the main thing to perform is light,” the studio told Dezeen. 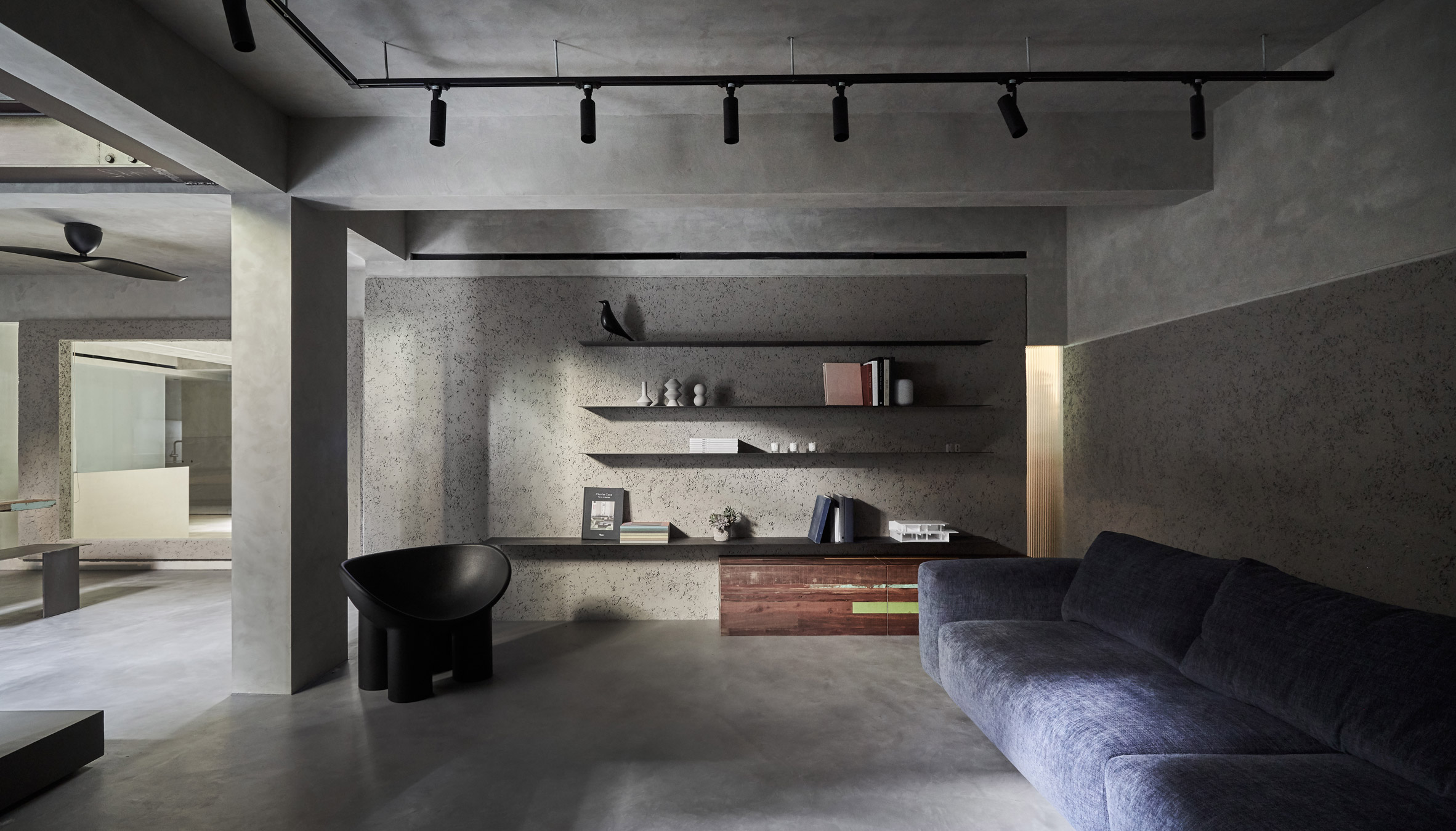 KC Design Studio was established in 2012 and is based in Taipei’s Songshan district.

Photography is by Hey! Cheese.